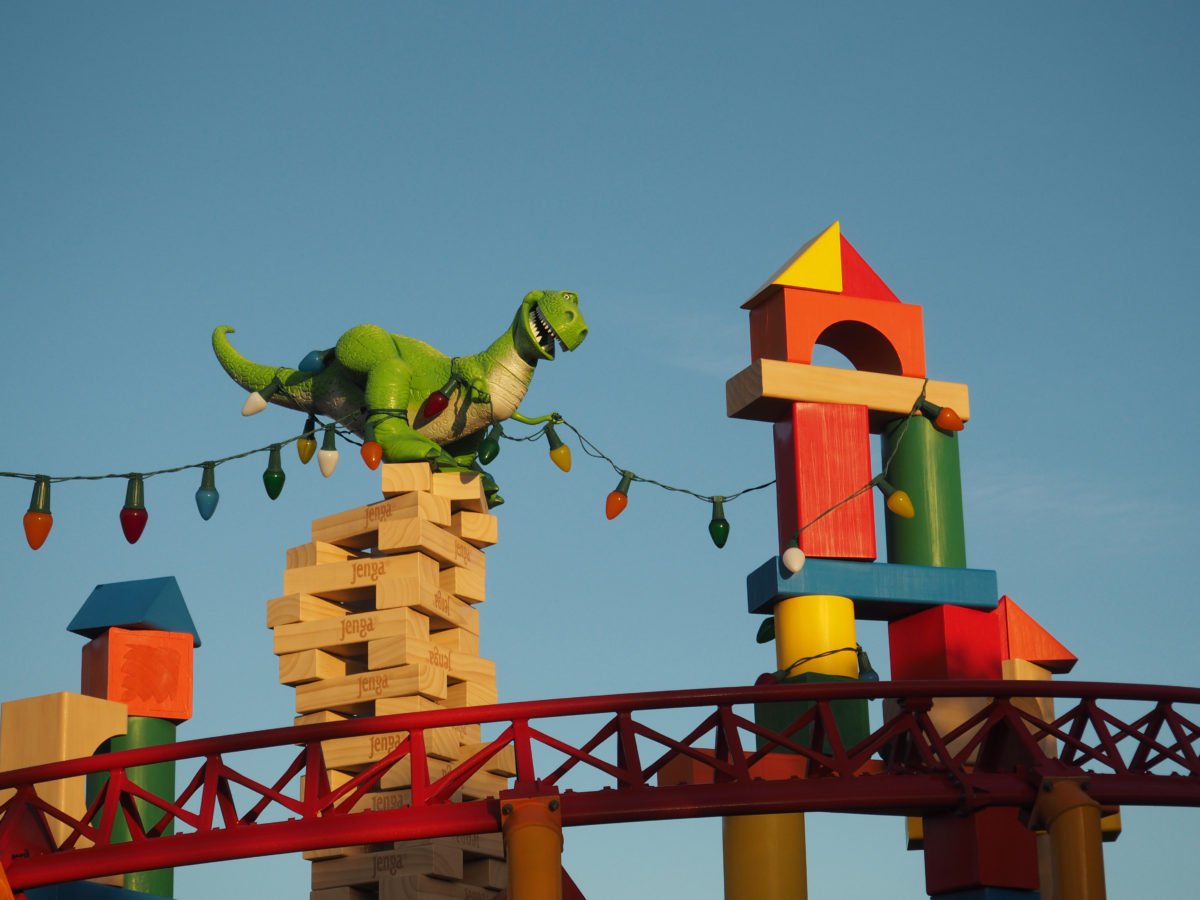 Toy Story Land offers a great little getaway for the kids at Hollywood Studios. With scenes from Andy’s Backyard, life size toys and Toy Story characters, this little part of the park includes 3 rides, 1 amazing lunch spot, and sidewalk shows from the Toy Soldiers. Here’s a quick guide for what to expect in Toy Story Land. 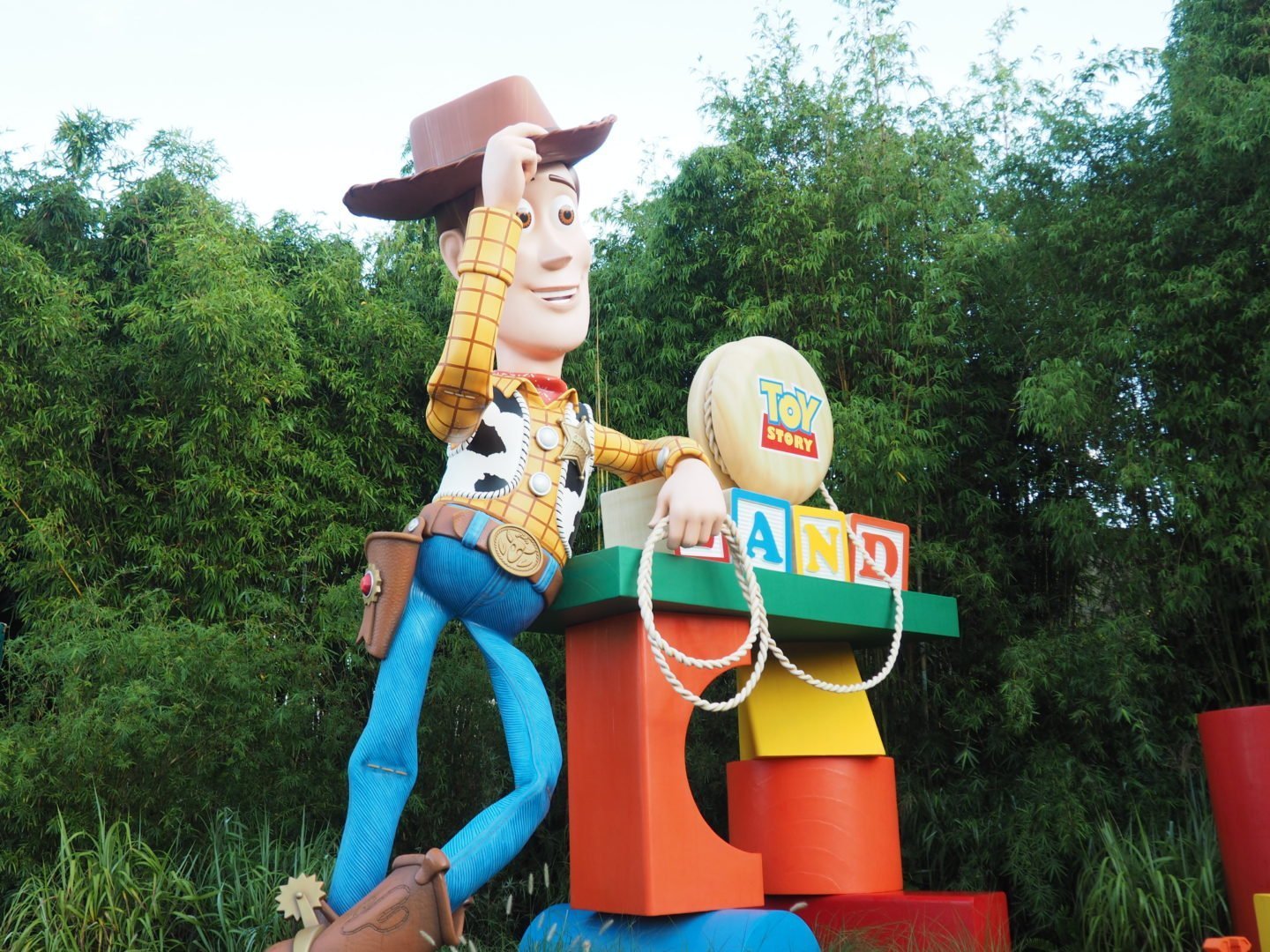 Sprawling across 11 acres, Toy Story Land is tucked into the back corner of Hollywood Studios. Guests coming into Hollywood Studios can literally just walk a straight line all the way past the Chinese Theater to the Toy Story Land area of the park . This means walking past Star Wars Launch Bay to the right and Animation Courtyard to the left. Then taking a right into toy Story Land. 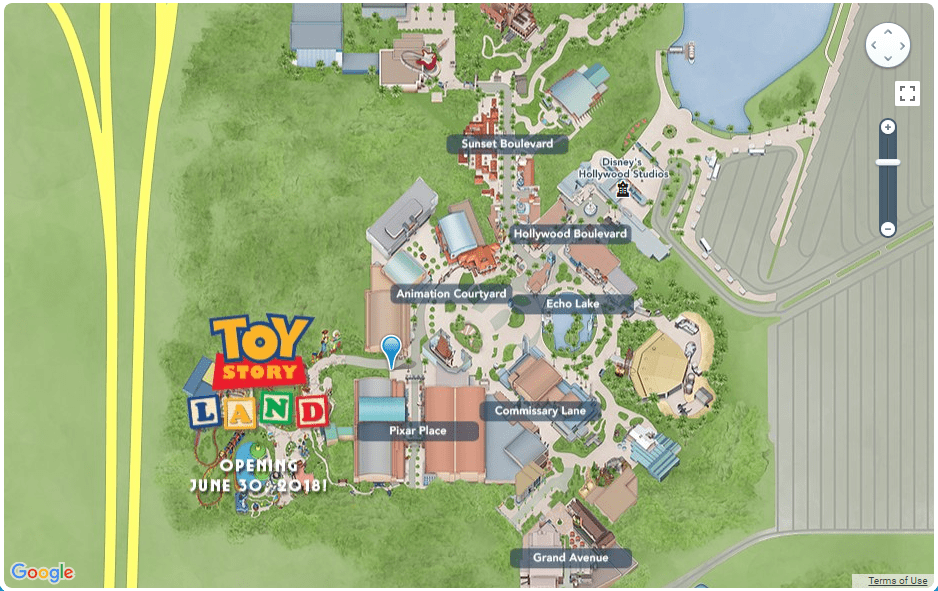 Stepping into Toy Story Land you will take on a role as one of Andy’s “honorary toys”. Everything around you will be larger than life. Inside Andy’s backyard you will join his other toys and uncover details you’ll remember from the films. Be on the lookout for a giant footprint left by Andy himself. Building blocks, toys from Pizza Planet, Jenga, a roller coaster play set and all the toys we know and love from the Toy Story films will be littered around “Andy’s yard.” And get ready for some picture taking folks, there are a slew of instagram-worthy photo spots. 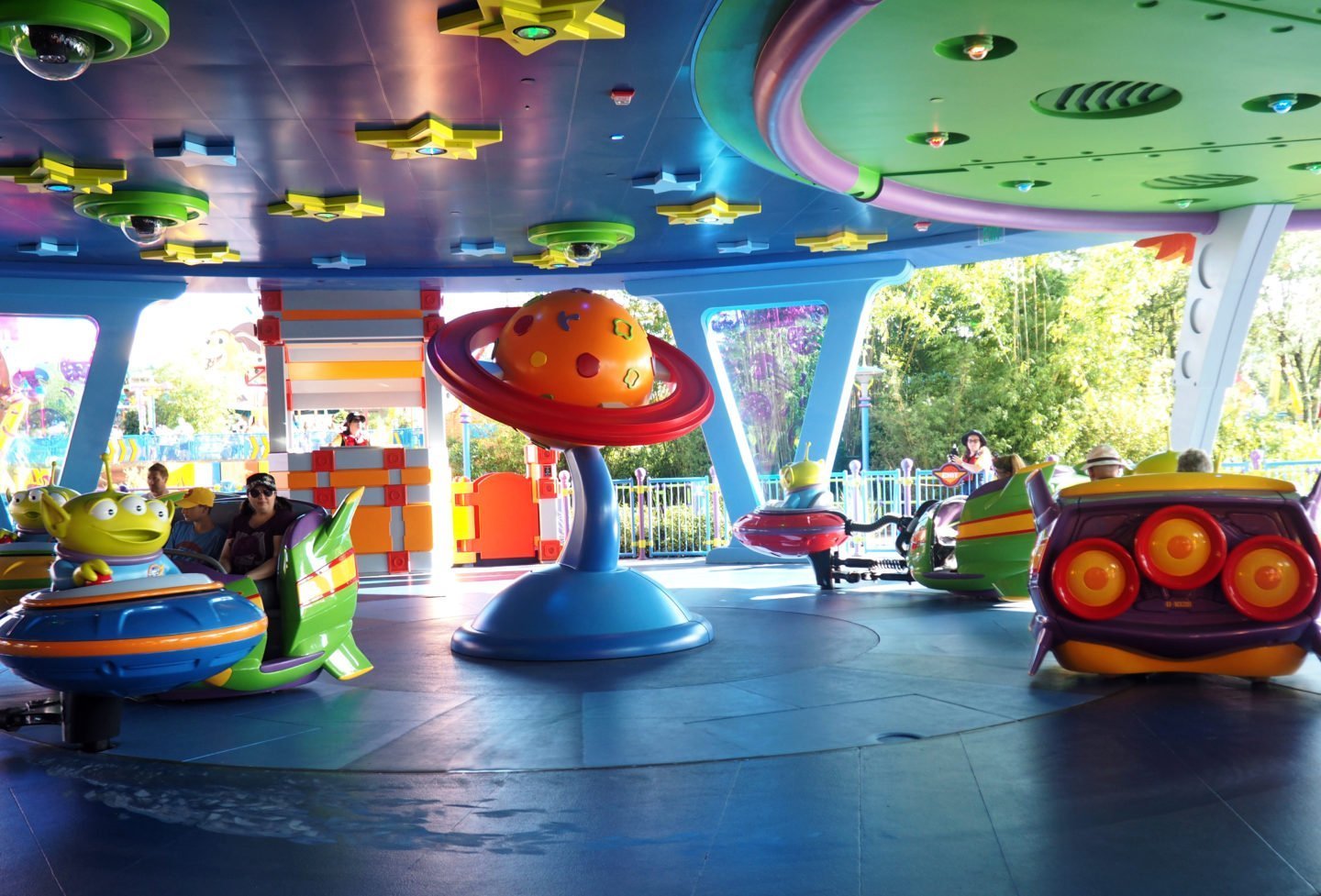 Toy Story Land has the most kid-friendly rides in Hollywood Studios, though Mickey and Minnie’s Runaway Railway is also pretty great for the kiddies.

A swirling twirling ride in a toy rocket, set to some interstellar music, swirls you around with one of the Pizza Planet aliens as they try to escape the claw from the toy selection machine. 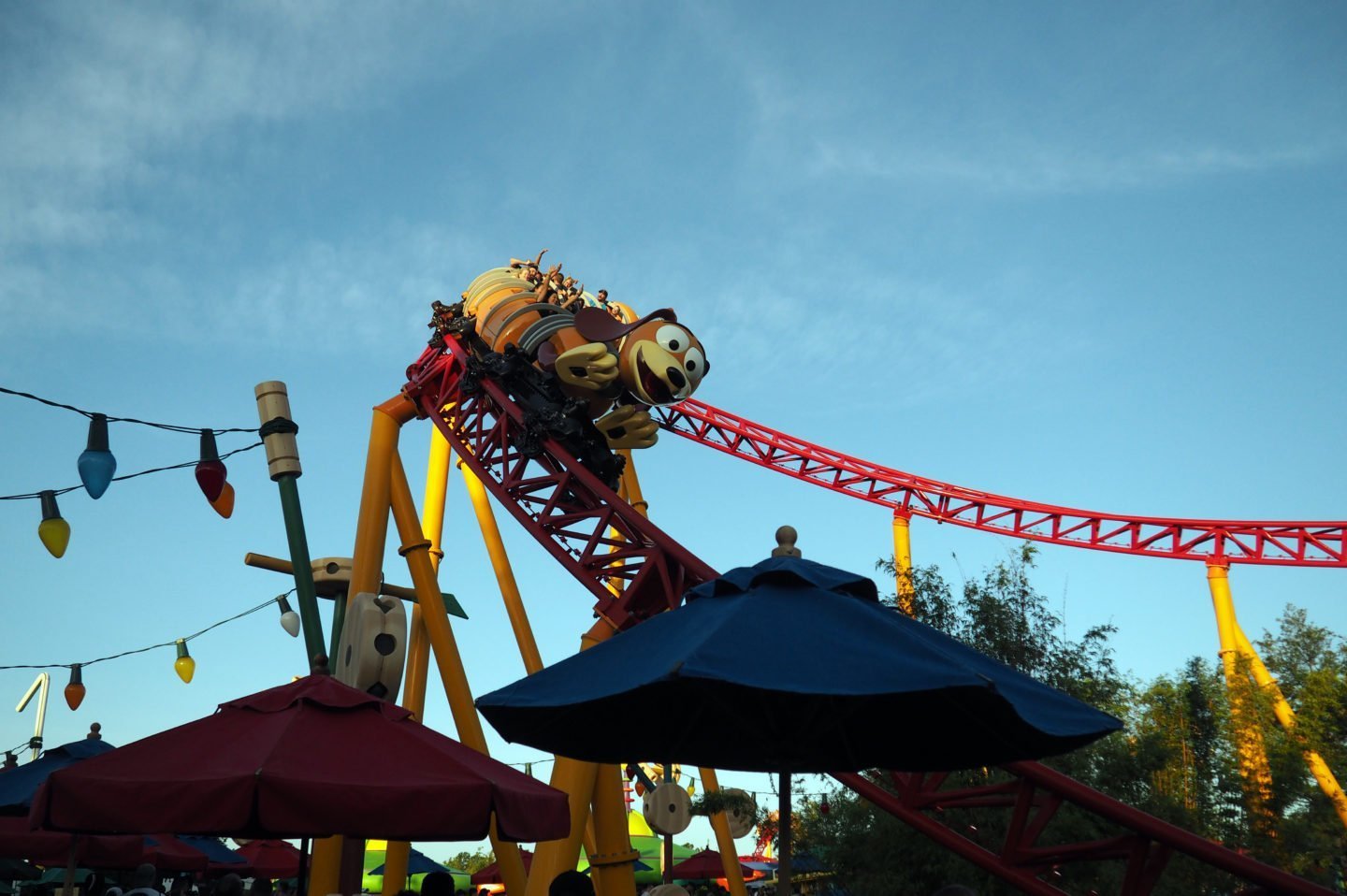 A fairly fast roller coaster with “twists, coils and curves” set outside and covering most of Toy Story Land. This is THE Hollywood Studios Tier 1 Ride to get for your fastpass. Slinky regularly sees longer waits than most rides in Hollywood Studios and since its amazing both in the mornings and evenings, rarely has a slow time of day without a crowd. Make sure this one is on your list. 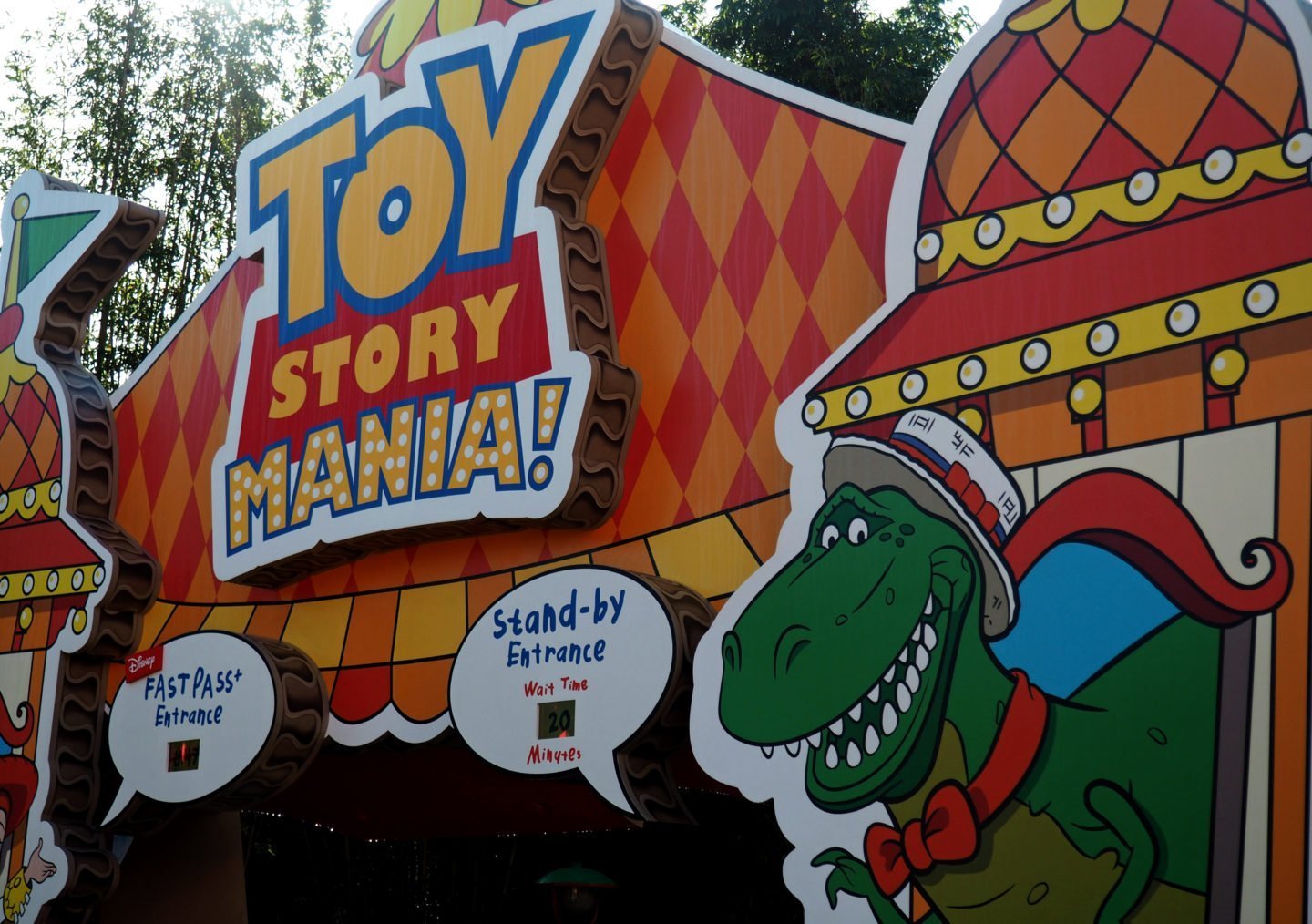 This 4-D ride shooting ride has been a staple in Hollywood Studios for some time and now contains an entrance directly from inside Toy Story Land. This is one of our favorite rides and also home to even more Disney walls for your Instagram feed. 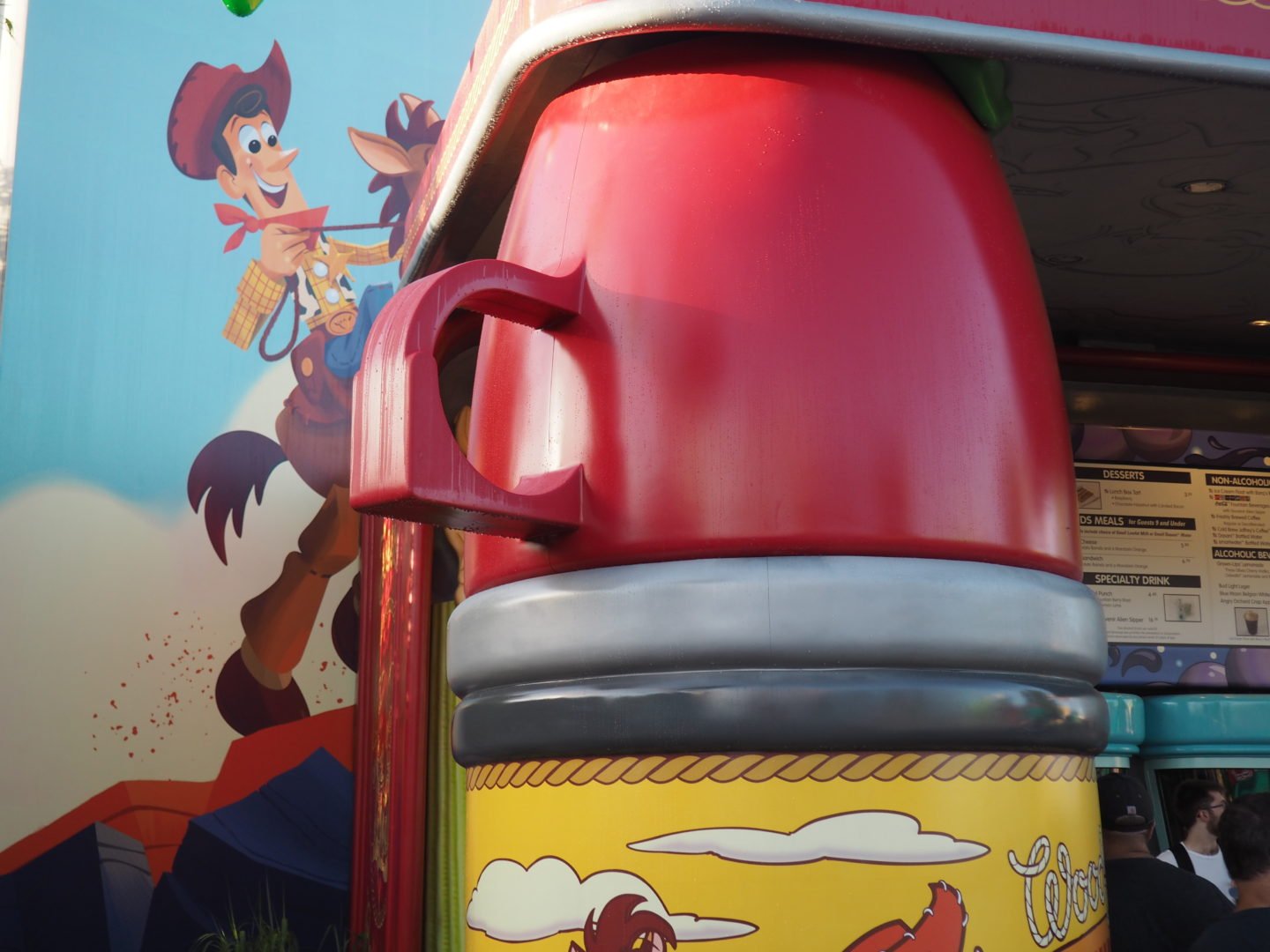 We loved the Raspberry Tart as a snack, the Monte Cristo and Grilled Cheese for lunch and the Tator Tot and Egg Bowl for Breakfast. Be sure to read our Woody’s Lunch Box Review to see our favorites. You can also grab a souvenir Alien Sipper with Mystic Portal Punch for 17 dollars if that strikes your fancy. Note: Mobile Order if you can, and wait for your app to say the food is ready. Lines form pretty long here, so head to a table ahead of time and grab your food when ready.

There’s a new BBQ in town. Woody and the gang will be welcoming a new indoor restaurant to Toy Story Land as part of Andy’s new Western playset area. Complete with rodeo games and festivities, this experience will also include Jessie and Bo Peep in on part of the rodeo action. Check out everything we know so far about Woody’s Roundup Rodeo BBQ in Hollywood Studios.

A smaller land, Toy Story Land shouldn’t take more than a few hours to cover, especially if you got your fast passes. Slinky Dog Dash is the headliner here, beautiful both during the day and night. Check out our full review of Toy Story Land here! 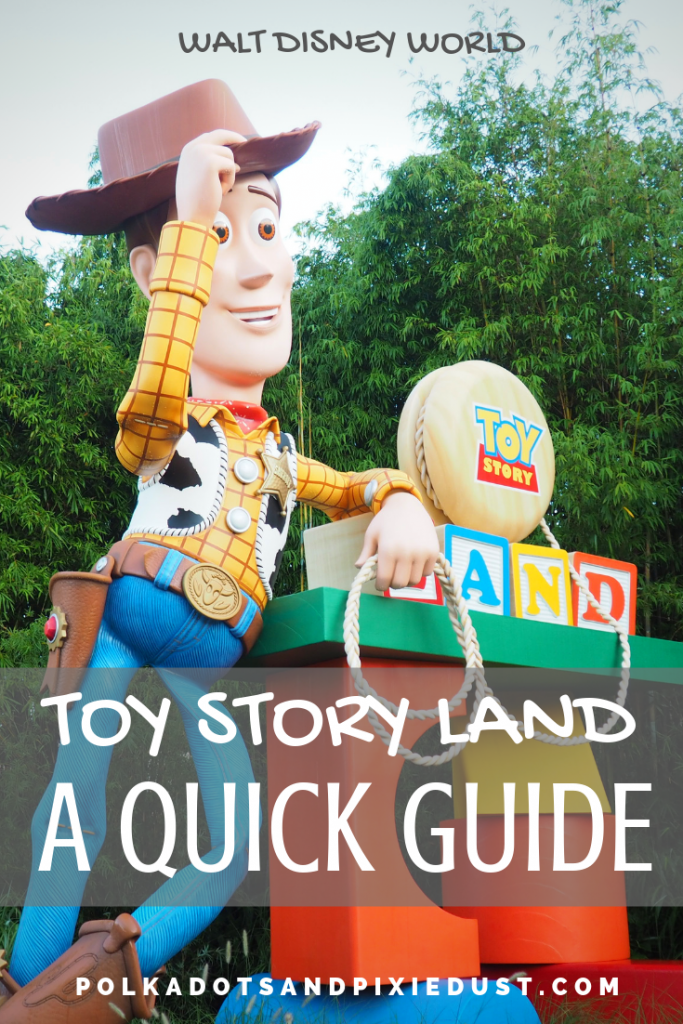 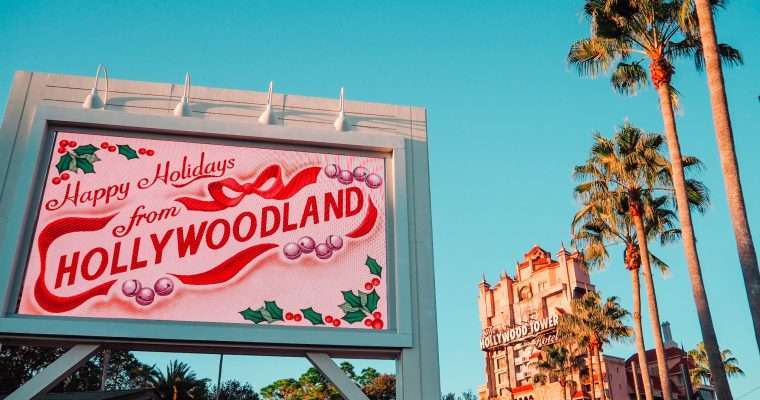 Need a Hollywood Studios Checklist to make sure you don’t miss anything? There are so many changes at Hollywood Studios right now that it’s important to take stock of where you’ve been so you can figure out where you need to go! With new lands, […] 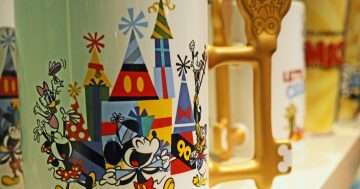 Are you ready for Mickey’s 90th Birthday Party Plans? Birthday celebrations are happening at Walt Disney World, and at every Disney Park around the world.  If you’re venturing out during the holidays in 2018, know that Mickey officially turns 90 on November 18th. His birthday […]