Sorcerers of the Magic Kingdom A Beginners Guide 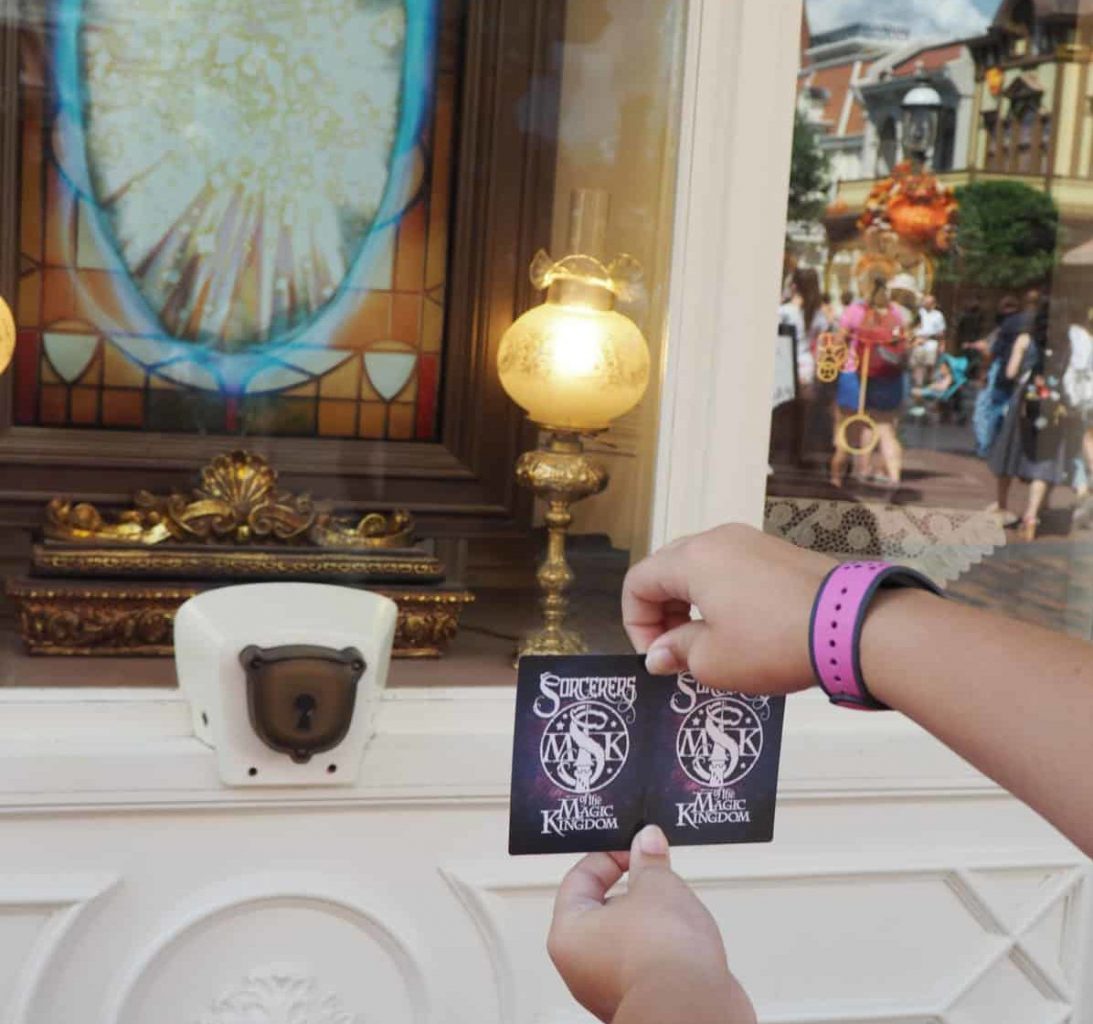 Our favorite thing about visiting Walt Disney World is that no two trips are the same. There is so much to do that it could take you a lifetime to see and do it all.  But here’s the thing, since we actually really really hate crowds and refuse to wait in lines, there are times of our Disney day when we just need to do our own thing to drown out the drama. Sorcerers of the Magic Kingdom is a fun and free game at Walt Disney world that allows you to do just that, while waiting for your next fastpass or restaurant reservation. Here’s everything you need to know about how to play this fun free Disney game.

UPDATE: Sorcerer’s of the Magic Kingdom at Walt Disney World has been SUSPENDED January 2021. Per Cast Members in the park they shared that this experience is “on a break.” We’re hoping this means that it will at one point be updated and re-established in the park. Stay tuned. We’ll share any updates here.

All about Sorcerer’s of the Magic Kingdom

One reason we love the interactive games at Walt Disney World is that although you are still in the parks, its not really the same old thing everyone else is doing. You’re not just there checking off your Disney must-do list! You’re actually interacting with the park and all these amazing things the Disney Imagineers created. Sorcerers of the Magic Kingdom has become pretty popular, but even if you are waiting your turn to play this game, everyone has a different path and most likely you won’t have the same outcome as the Sorcerer before you. 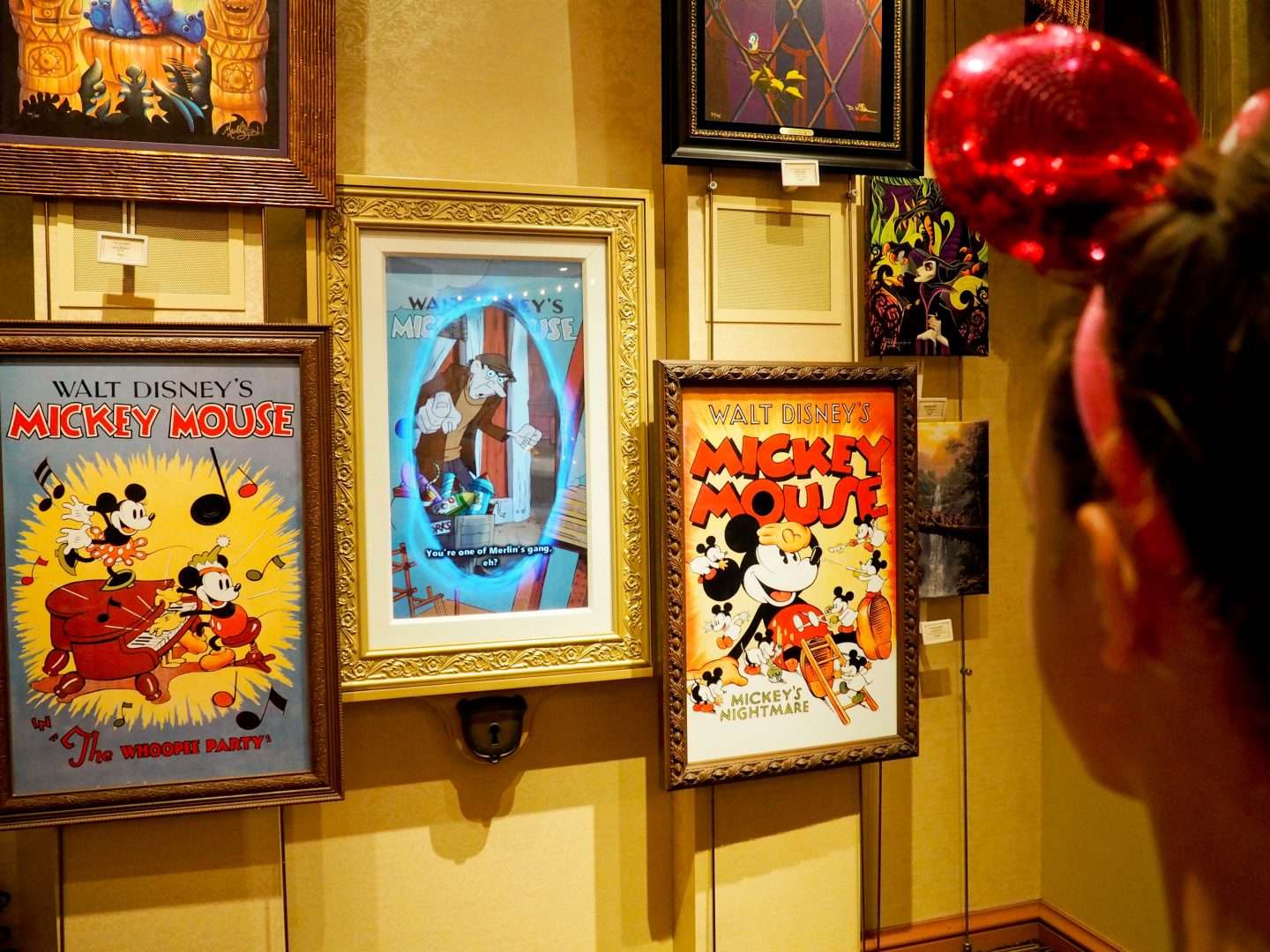 What do you Need to Play Sorcerers of the Magic Kingdom?

So what is Sorcerers of the Magic Kingdom? Its an interactive role playing game played within, well, Magic Kingdom of course. You play this game by heading to the Firehouse on Main Street. Here is where you’ll get everything you need to play this game.

You can talk with the cast member to learn more about the game and watch a training video to get yourself ready to battle Disney Villains.  And its all free! No only do you get to keep your cards and map, you can tackle the game again next time you’re in the parks to build up your card collection. We’ve seen people with books filled with spell cards to help them defeat all the villains! 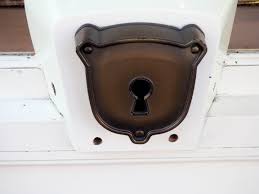 Where Do you Play Sorcerers of the Magic Kingdom?

The game will take you along Main Street through Frontierland, Adventureland and Fantasyland to different portals. You can unlock each  portal using your magic band or Sorcerers key. Once you touch the keypad you’ll be briefed on the current Villain situation by Merlin himself. Throughout the mission, you’ll be directed to different portals throughout the park to defeat Villains and save the Magic Kingdom! This is done by casting a spell via your spell cards and this is where it gets tricky.

How do you Play Sorcerers of the Magic Kingdom?

Okay guys, we’ll be up front that this isn’t as easy as finding Hidden Pascals, or any of the other fun free Disney games Walt Disney World Parks After you’re given the instructions from Merlin on where you need to go, find the next portal on the map. If you arrive at the wrong portal, it will still open up and tell you where you actually need to be. So that’s pretty darn awesome, right? And if you get lost or don’t have a map, check this site has a pretty good guide to the Sorcerers of the Magic Kingdom portal locations . We didn’t have a map last time and used this site to direct us through the park. You will know you’ve arrived at a portal location when you see this symbol on the ground. 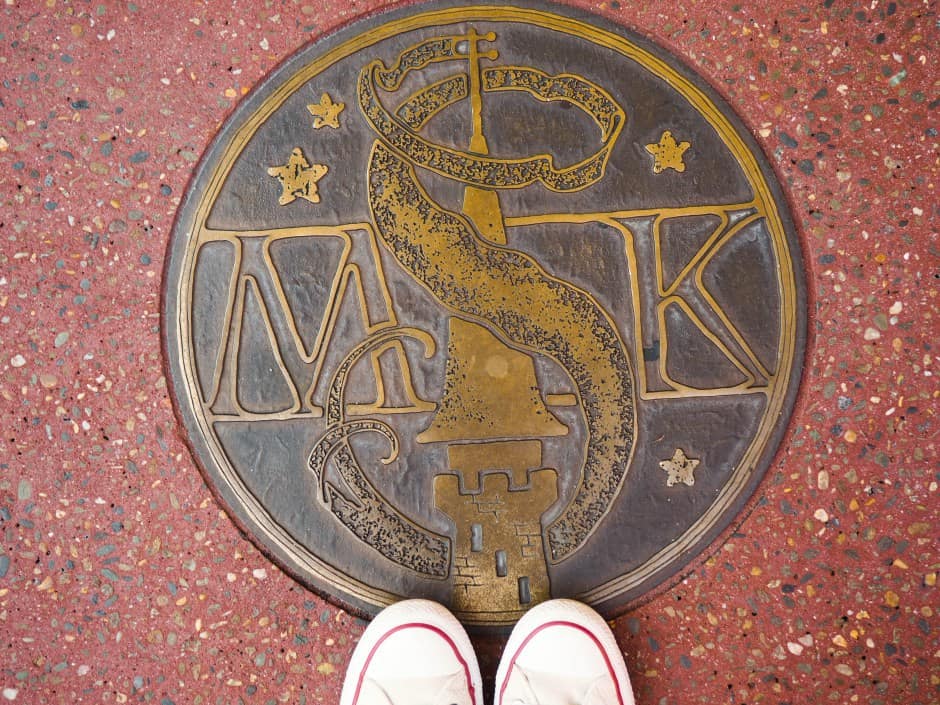 This game relies on strategy and which cards you have and can use against the villains presented to you. Of the cards you that you are given you will have a couple different “Types” of Spell Cards that are only used on the Medium and Hard levels of the game.

Types are not used in the Easy game play version.  And they are also marked by rarity, which is so cool! Because they truly can be a collectors item. Rarity levels on can be seen on the cards with the following symbols; Stars, Moons, Planets or Lighting Bolts.

Easy Level: When playing the game in easy mode, you only need one card and are instructed to defeat villains by using the “Sorcerers Crest, ” which is just a fancy way of saying, use the back of the card.  For Medium and Hard level strategies, which require more than one card, check out the Disney wiki page, so you can be prepared to defeat the villains with the right cards.

The main objective of this game is to defeat the Disney villains by casting a spell. When Merlin asks you to hold up your card or when the screen tells you to cast your spell, choose which card you are going to use for the battle. The part where it gets tricky is that not all villains will respond to all spells. Some spells are too weak and some spells just don’t work on some villains. So while you might be holding up your spell card, nothing happens. Keep trying with another card and if you don’t defeat the villain at this portal, you will be redirected to another portal where you can attempt it again.

Although we have played this several times over the last couple years, we are still learning the game. We have found other Sorcerers to be a great resource for tips as most will willingly give you tips as you are playing. 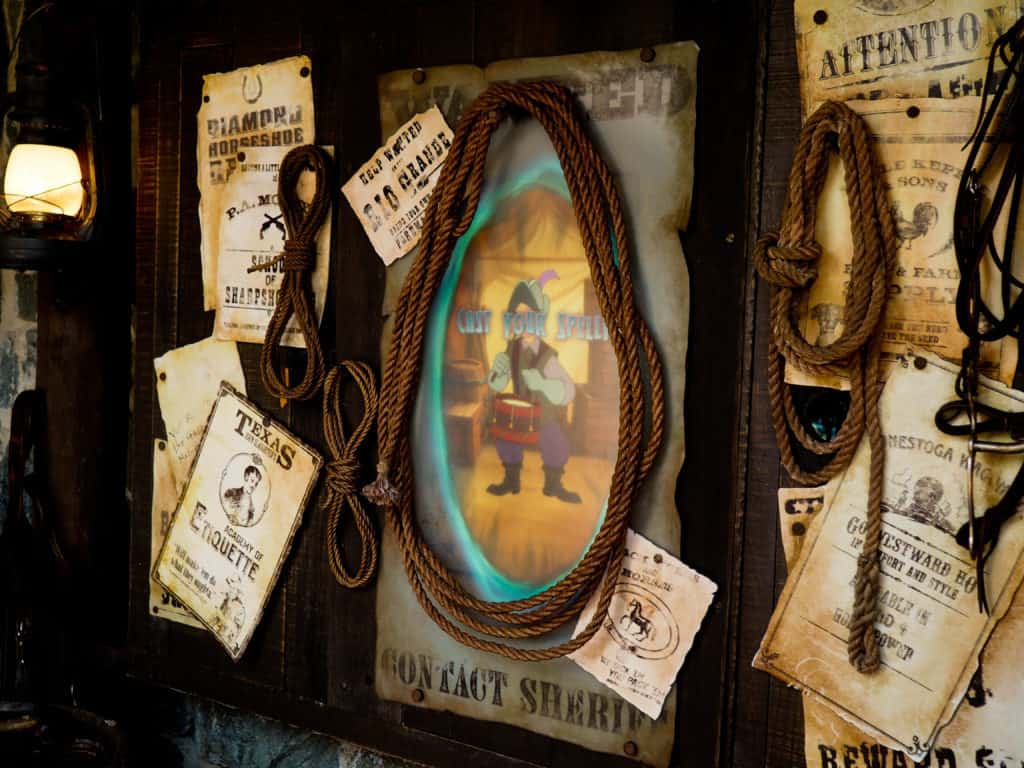 Here are some of the tips we’ve learned thus far, so if you’re just starting out, we hope these help!

Hold the Card Straight and Point it at the Portal.

When casting your spell, hold the card still and straight out in front of you. Smaller kids might need their parents to hold their cards for them, because, well they’re smaller and their arms might not be long enough. The portal needs to be able to read what spell you’re casting.

Each Person Playing Needs their Own key card or Magicband to unlock the portal.

Unless you will all be playing together the entire time. Only the dedicated MagicBand will unlock the portal so keep that in mind if you’re playing with a group or with your family. We like playing all together, but if you have multiple people in the family playing, prepare to be at each portal for some time.

You can use more than one card to cast the spell.

You can actually hold up to four cards. If using more than one card, try to use cards with the same symbols as it will make the spell stronger. This may be difficult if you’ve only played one day and only have one set of cards. But,  you can return every day and receive a new pack for free to give you some more variety. Obviously this comes with limitations as they only make a limited number of different cards, but even just having a few free packs will improve your spell casting abilities.

Try Another Card if your Spell Doesn’t Work.

If you cast a spell and don’t succeed, we usually found that adding another card to the spell helps. It will have to be a card with the same symbol and will improve your chances of defeating the villain. If that still doesn’t work, you may need to try a new spell entirely. The site linked above is a great guide to help you find your villain’s weaknesses and figure out what type of spell needs to be cast in order to defeat them.

Sometimes it will seem like the game isn’t working. You will cast a spell and nothing happens or it seems like the portal never read the spell. Just keep trying- it usually just means your spell didn’t work.

Most Sorcerers will have different paths.

Meaning, if you’re standing behind someone, you may not get the same instructions they do for their next mission.

Each mission can take you from 20-30 minutes.

This depends on the crowds and if there is a line to play. Sometimes you may be waiting for a couple of people to complete their missions before you can access the portal. Although this doesn’t happen often, when it does, we take it as a sign to take a break from the game and grab a dole whip.

Beginners Guide to Sorcerers of the Magic Kingdom

This is entirely a beginner’s guide and we hope this helps you get started with the game and defend the Magic Kingdom! If  you loved this game check out our post on the Midship Detective Agency Game found on the Disney Dream Cruise Ship. It’s  the same kinds of setup and also just as cool. Do you love Sorcerers of the Magic Kingdom? Share your tips in the comments! 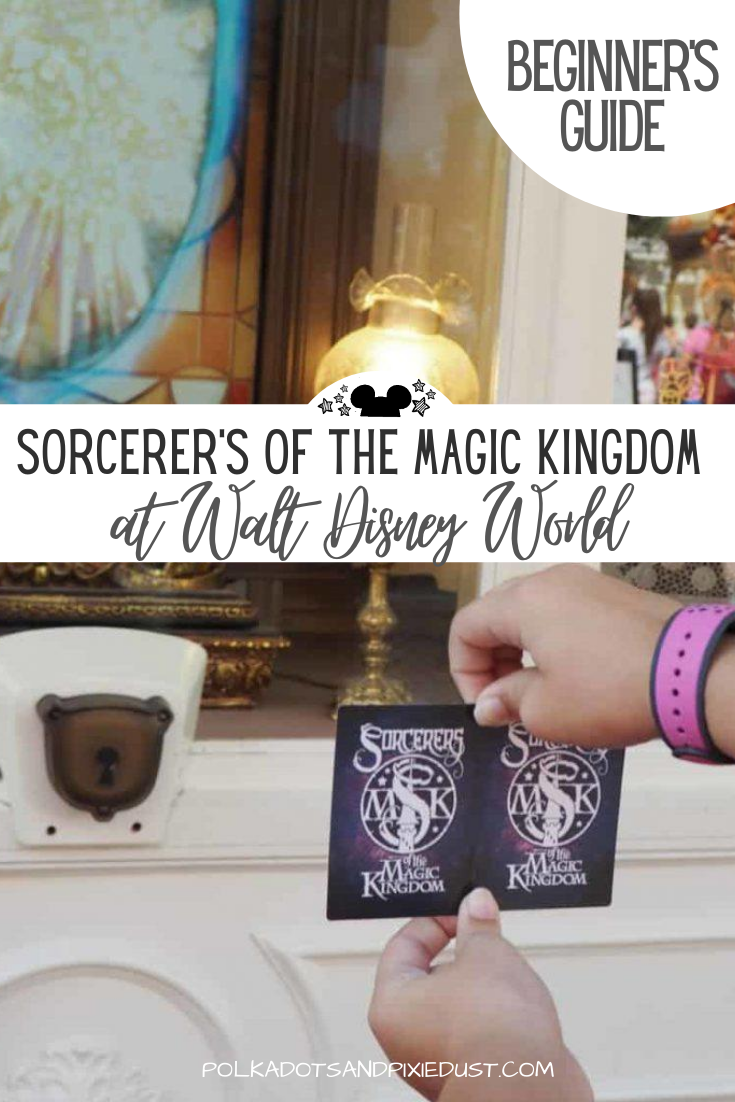