Welcome to our vacay recap! Sit back and enjoy reading about a few things we learned on this trip. We had very very hot weather, some horrid food, some amazing food, lots and lots of coffee and found some inspiration for new designs.  And for any of you  vacation planners, don’t worry- we’ll cover the important stuff in proper posts soon:).

So, as many of you know we look forward to our annual sabbatical to Walt Disney World every single year. For us its a time to get away before the holiday rush and to cozy into fall. One of our favorite things about fall at Walt Disney World is the weather. We usually get a nice 85-90 degree temp range with some nice breezes…and a little rain. Not. This.Year. Every single day was about 92-96 degrees with the highest heat index reaching 105 degrees and 90% humidity. Yikes! Luckily we had several outfit changes in air conditioned bathrooms and loads of cozies to stage on the hub grass which just meant lots and lots and lots of iced coffees. Cute cozies courtesy of wanderlustbee and onceuponacozy. These little pumpkin tsum tsum babies went with us everywhere:) and charmed several security guards during bag checks.

Staying at Port Orleans Riverside Resort for the first time was nice even though we didn’t spend too much time at the resort this time around, here were a few things we discovered.

Thankfully, we know what we’re doing and can always make up for a bad lunch with loads of yummy things from the Confectionery:)

Heading into Magic Kingdom for some picture taking time we were happy to find a new place to take pics right across from Ariel’s Under the Sea ride in the small cartography DVC alcove. Anyone see what’s missing here? One of our favorite statues is now gone!  DM us on Instagram if you think you know and we will give you a 15% coupon code for the shop 🙂

We also liked the floor in the Cheshire Bathrooms in Tomorrowland as a cute background for shoe shots. Yes, we know this is slightly strange, but we decided to start collecting pictures of bathrooms for a Bathrooms of Disney post… because there are definitely some bad ones you should avoid and some of them are pretty gorgeous. we don’t judge- pretty is pretty, no matter where it pops up.

We also discovered hidden hoof prints with “Maximus” (Flynn Rider’s horse) etched into the stone on the path from Haunted Mansion to the Tangled bathrooms. As Hidden Mickey fanatics we’re always really excited to find these little easter eggs around the Disney Parks. So cool.

Our first trip to Disney was spent looking at shops and seeing shirts that were not that great. So we started brainstorming ideas about how we could just make our own instead. It took about 3 years before we actually opened a shop, but now when we shop and as designers, we’re hyper aware of what is trending… this trip we saw so many etsy ripoffs (!!!) Lots of designs we saw done on etsy first and a lot of simple word shirts reminiscent of our favorite disney-inspired shops have taken center stage in the shops. Mind you, we like the ones from our small shop friends better than anything we found this trip.

Heading to Epcot for the Food and Wine festival is always awesome but this year it was hot and crowded. I think we rode the Gran Fiesta Boat Ride in Mexico like three times to escape the heat. But who’s complaining really- it’s still Disney so always fun. We are, however, kind of babies about the heat, being from Ohio. Naturally we quickly settled into the lobby of the Beach Club on the Boardwalk because when you add in the fact that the lobby smells like Aloe and Green Clover you totally forget that the humidity is like 91% .

We also got some inspiration for a few new designs featuring Neverland and Frozen, courtesy of these amazing little tchotchkes we saw at the Festival Center.

If you followed our story on instagram you would have seen some of the amazing sneak peeks from Disney as part of Ones Mans Dream in Hollywood Studios. Toy Story Land is slated to be 11 acres and opening April 2018,  Mickey’s Runaway Railway is filling the Chinese Theater and using some new technology we have never seen in the parks before with an open date of December 2018/Spring 2019… and then of course Star Wars land is going to cover 14 acres! So much construction, but so very cool to see. Here are the mock ups and models we saw in the exhibit below.

Animal Kingdom, with the arrival of Pandora, has quickly become the place to be and it was pretty crowded. We were super excited to see Pandora at night and will definitely be reviewing the whole experience in a separate post but wanted to share some quick pics with you first. We also tried out mobile ordering for Satuli Canteen while waiting in the Flight of the Banshee line. So easy.. it’s like a fastpass for food. 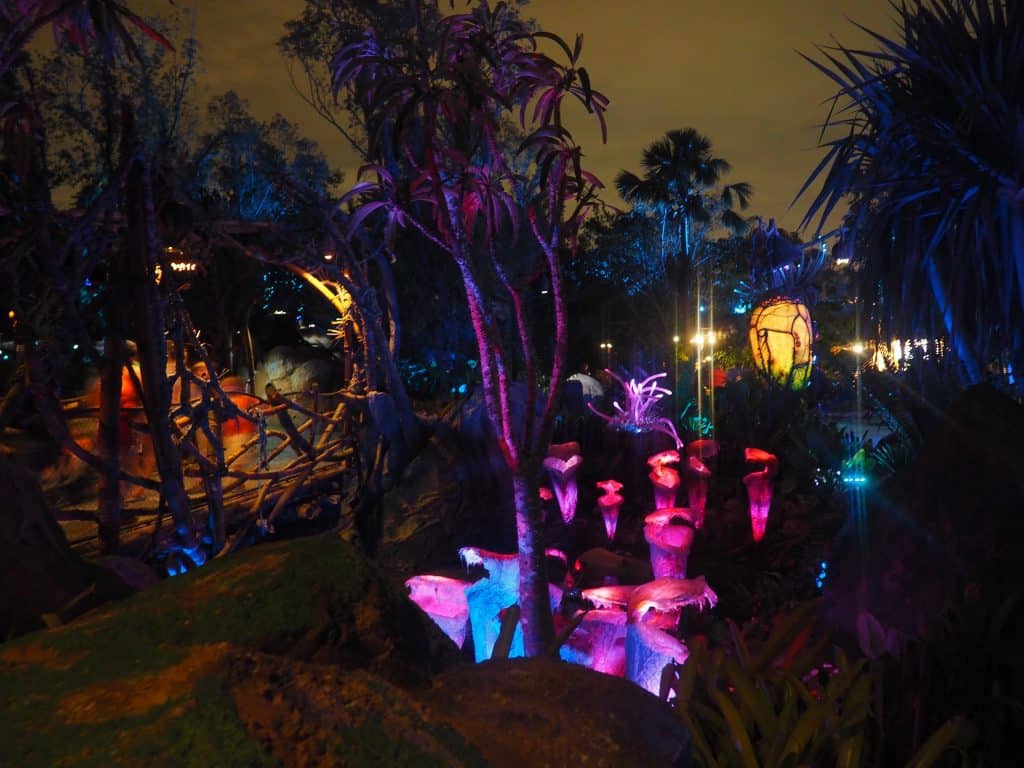 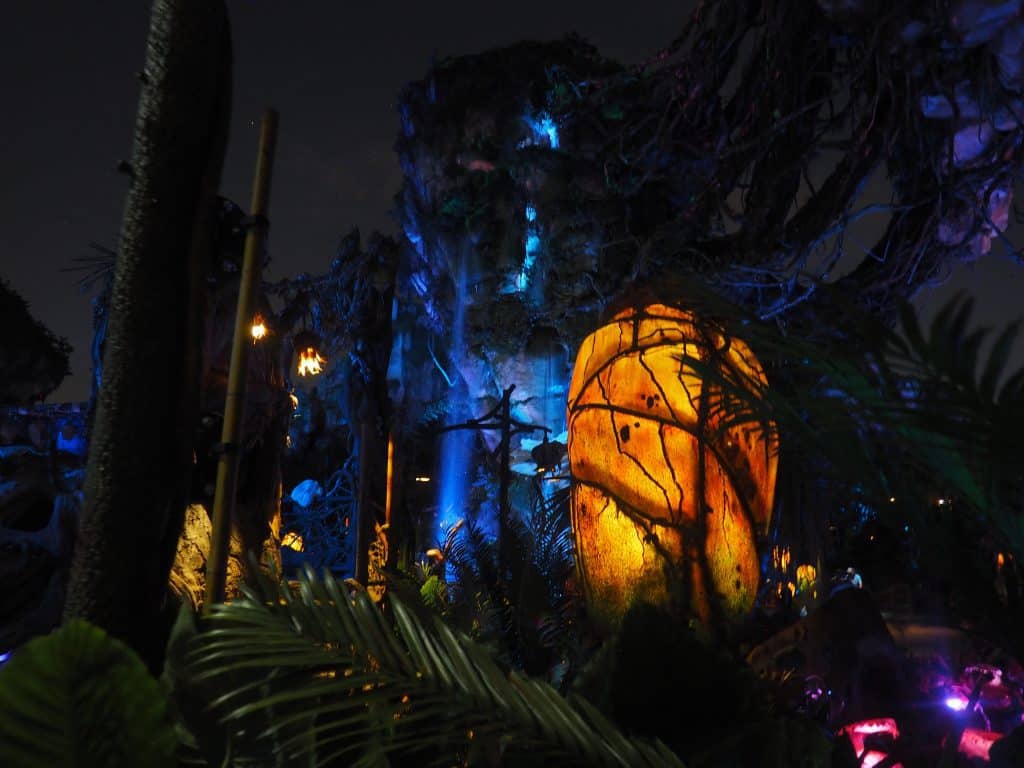 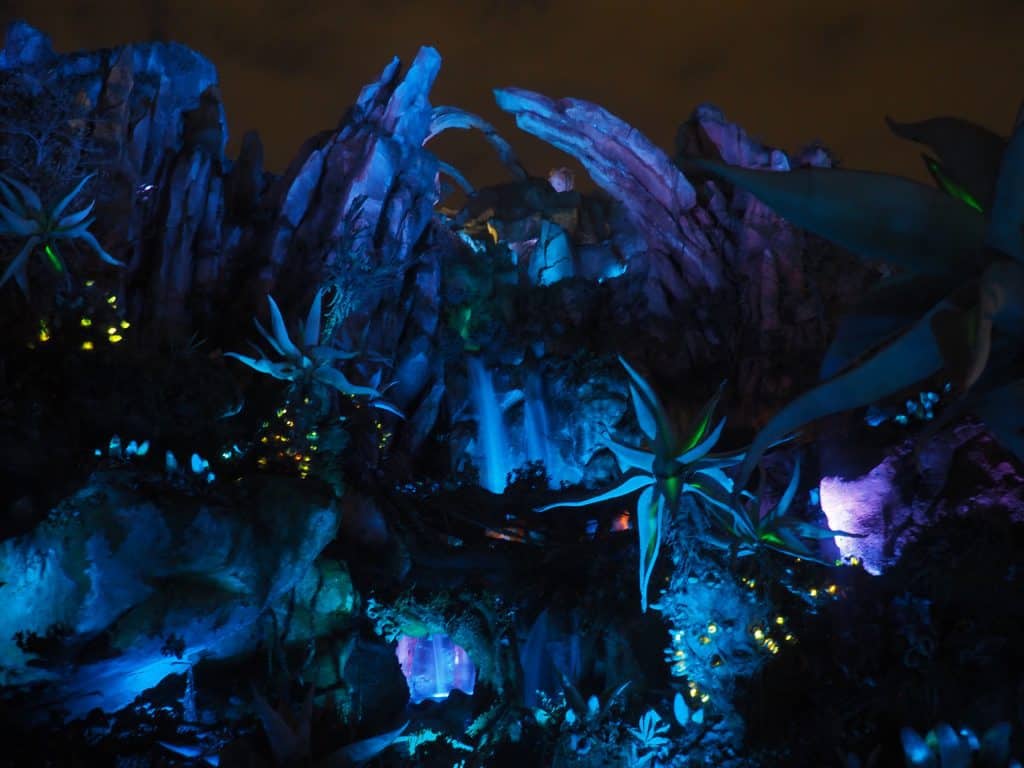 All in all it was a great vacay and of course, just as our bodies acclimated to the 95 degree heat it was time to leave and return home. It actually got so bad in the airport Melanie decided to drop some cash on an airplane blanket because the airport was air conditioned to like 50 degrees… We’re quite convinced they have the air blasting just so you’ll buy the blankets! And the only charging outlets that were working were right across from the gift shop…coincidence? We don’t think so:)