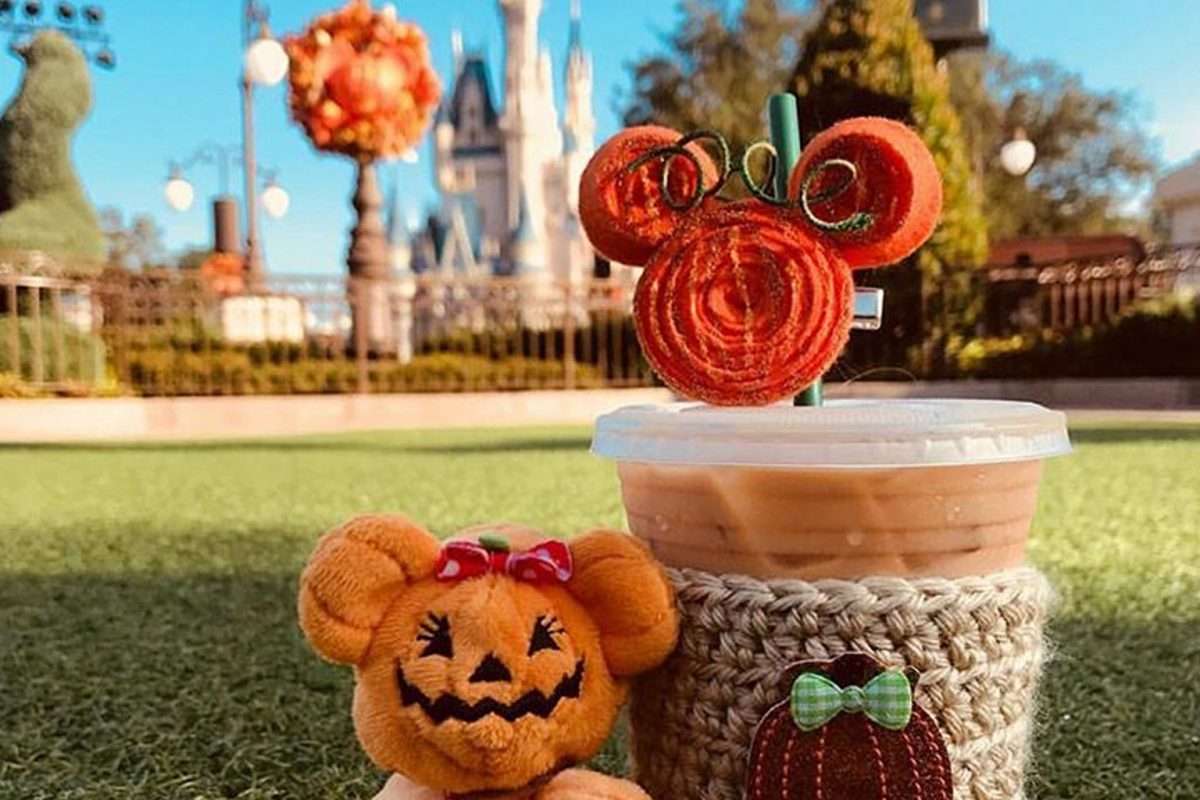 Halloween at Walt Disney World in 2021 runs from August 10- October 31st. Complete with new Halloween snacks, decor, and special experiences that can make a trip to Disney in the fall worthwhile. Sure, a Disney Halloween in 2021 this year may look a little different, but there is still a lot to look forward to. Here’s everything happening at Disney this Halloween.

What’s New for Halloween at Disney?

Walt Disney World has released that Mickey’s Not So Scary Halloween Party has been canceled for 2021. Instead, a BRAND NEW Disney After Event instead has arrived; Disney’s After Hours Boo Bash. This marks the beginning of the Fall and Halloween Season, so while new Halloween treats and decorations may not be fully in the parks until early September, you can count on spooky vibes as early as August 10th! 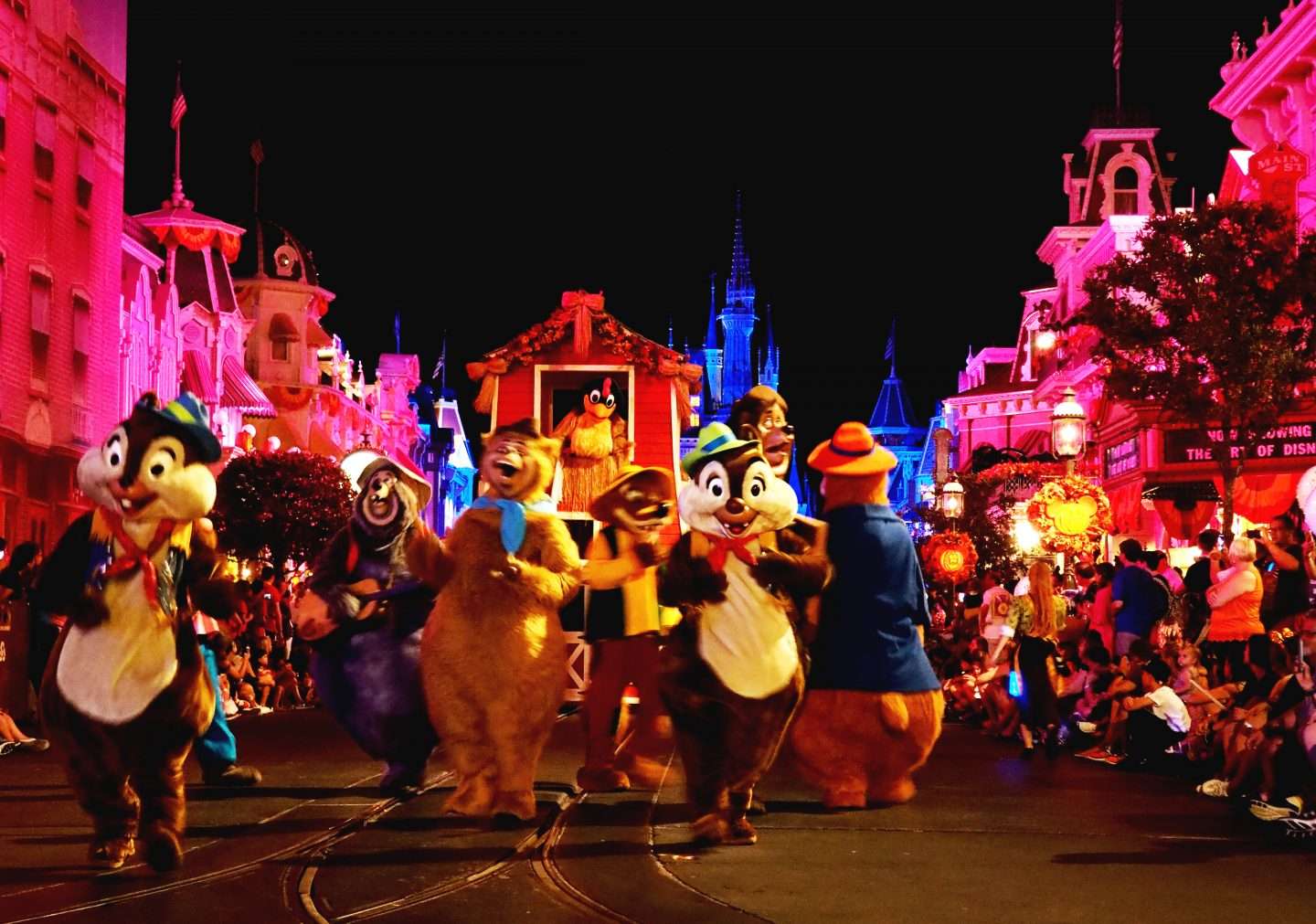 This special ticket event at Magic Kingdom offers evening activities from 9-12 pm with a 7 pm park entry on select nights from August 10- October 31st. Similar to the other Disney After Hours events, this Halloween Party includes spooky character cavalcades, new snacks, merchandise, and snack stations. Check out all the details in our Disney’s After Hours Boo Bash post.

The Cadaver Dans ( aka The Dapper Dans in Halloween gear) arrive in Magic Kingdom on September 20th, bring extra spooky sounds to Main Street USA. And Disney characters along the parade route waving from afar! Plan to see Mickey Mouse and friends in Halloween costumes.

In Magic Kingdom, you may get lucky you may even see a Disney Villains Character Cavalcade for the season featuring Gaston, Maleficent, Queen of Hearts, and Jafar. Plus Jack Skellington will also be making appearances sporadically throughout the season!

In Hollywood Studios, Minnie’s Halloween Dine arrives at Hollywood & Vine, starting August 10, 2021. Instead of a buffet, this meal is now served right at your table! Family-Style. Plus you’ll get distanced photos and interactions with Minnie herself! Dressed in her Halloween best as a happy witch. Mickey Mouse arrives as a vampire, Goofy as a cowboy and Pluto even gets a Halloween Collar. This special meal is the perfect way to kick off the spooky season safely.

Disney Characters Dressed Up for Halloween

One of the best parts of Halloween at Walt Disney World is seeing all our favorite characters in their Halloween costumes! Even if it’s a little farther away in 2021 than normal. With Pooh and Friends in their best “spooky” costumes and even Jack Skellington gets some time in the parks! And since character meets and greets aren’t happening this year, no 3 hour wait times! So that’s a bonus! Be on the lookout for spooky Character Cavalcades and impromptu character appearances across the park.

Will Disney Characters have Disney Halloween Costumes in 2021?

YES! We’ll get to see our favorite characters strolling the streets, on the character cavalcade, and on the Main Street Trolley!

Are Disney Halloween costumes allowed in 2021?

You bet! “ As an important reminder, costume masks are not permitted for adults; only children younger than 14 years old are permitted to wear costume masks.

Ok, guys. You knew this one would be at the top of our list because we go crazy for seasonal snacks. Plan to see Pumpkin Spice cupcakes, new spooky cake pops, and candy corn dole whip. You can find Disney Fall Snacks in every park, resort, and Disney Springs. Check out all the new Disney Halloween Snacks for 2021! 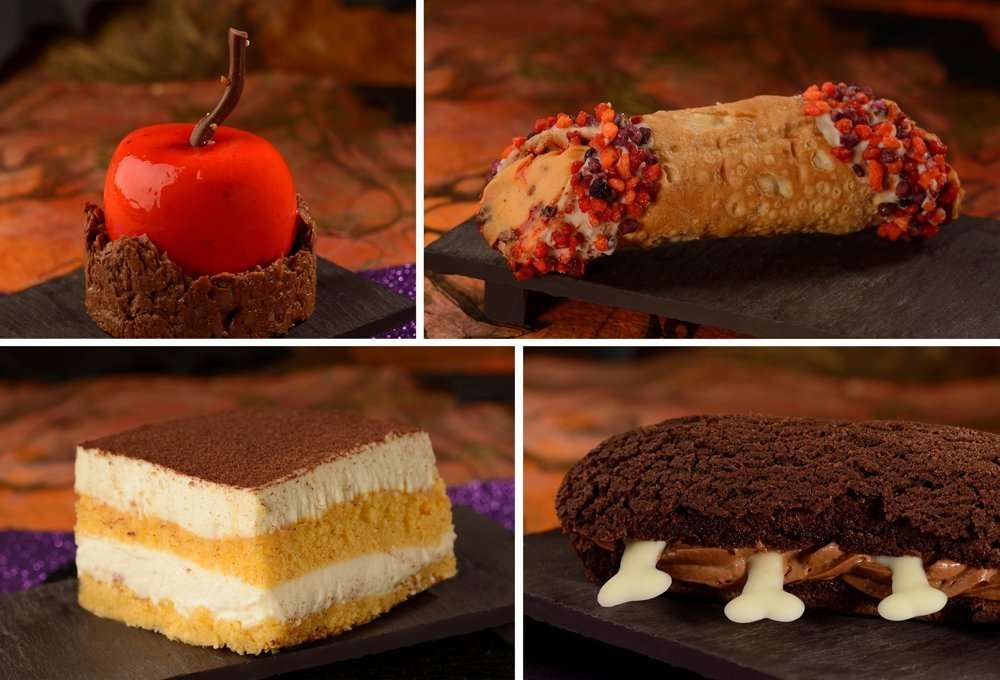 So many Halloween things to buy! Another of our favorite reasons to visit Disney World in the Fall is the merchandise. We are chronic window shoppers and rarely buy these goodies because airlines have luggage weight limits. But that doesn’t stop us from staring and wishing and wondering how much shipping it directly home would be. Thankfully shopDisney has Disney Halloween Merchandise to hold us over! 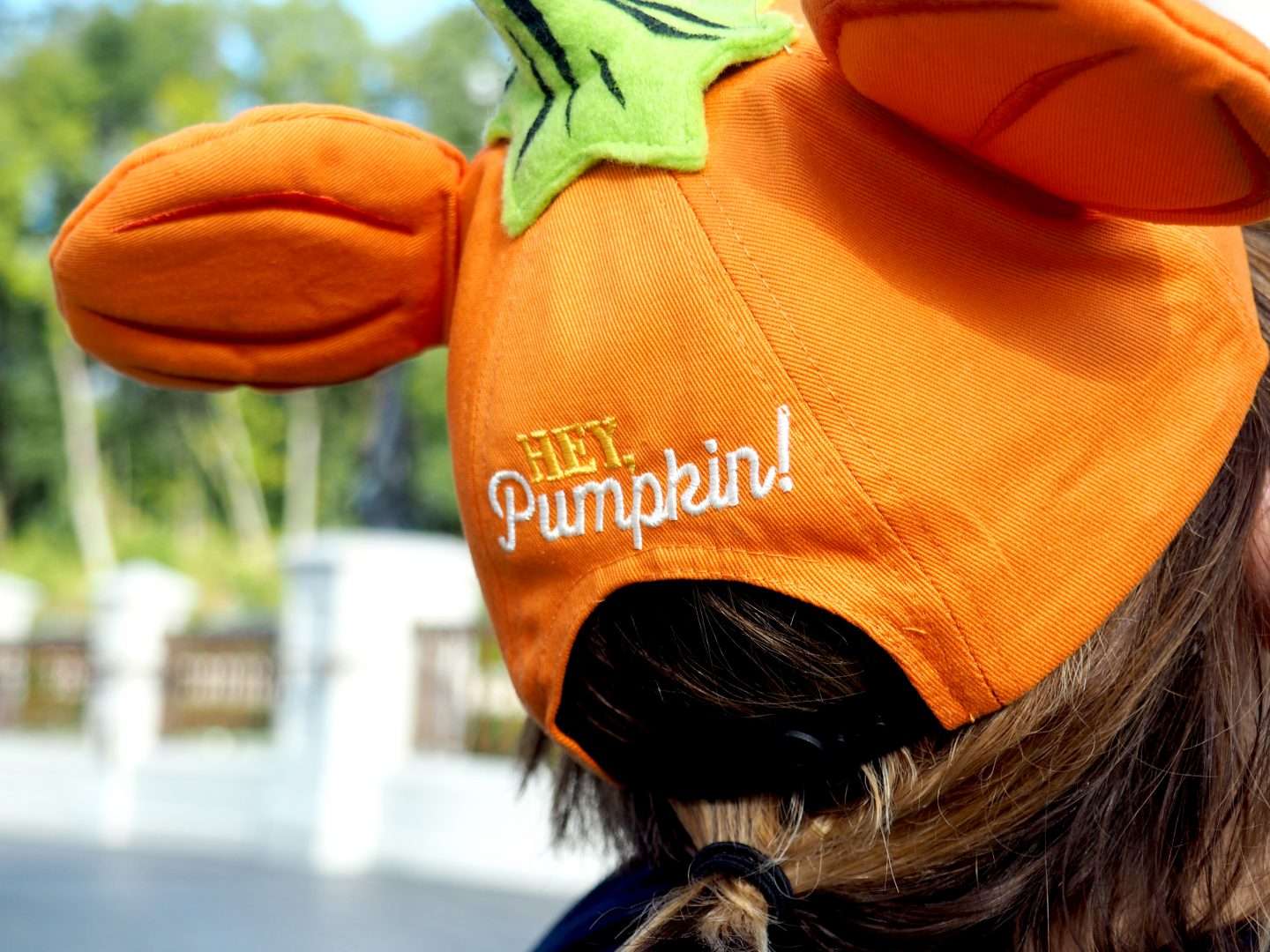 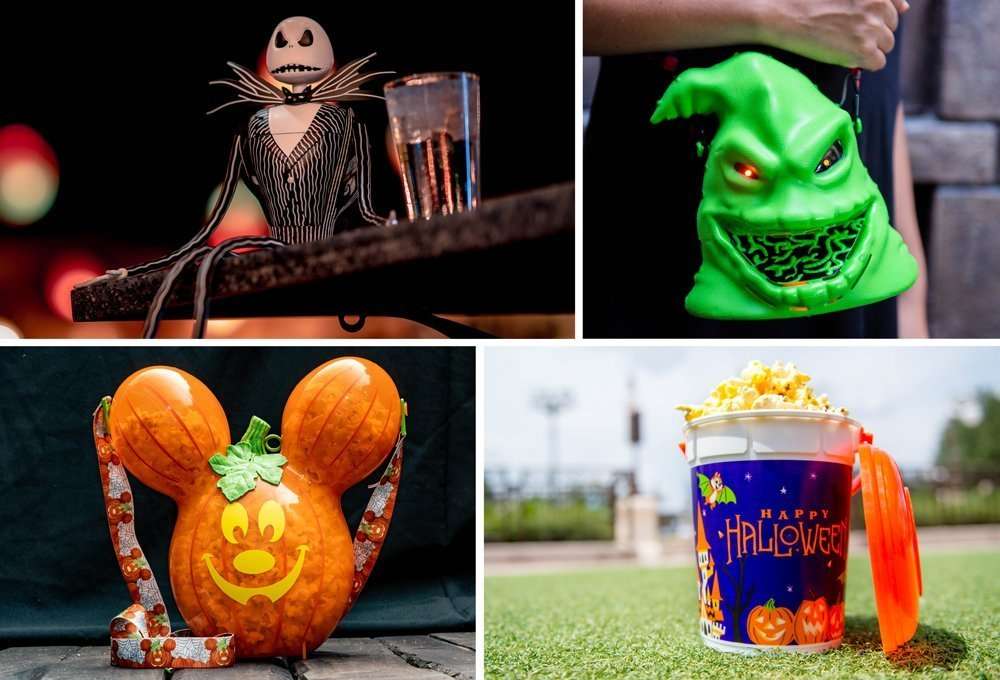 The Disney Fall Popcorn Buckets in the parks are available September 13- October 31, 2021, and available during open hours at ALL FOUR Parks! These are HOT items! So be sure to grab them when you see them, as they may not be around the next time you stop by a cart. These are from 2020- we’ll update with new buckets as soon as information is released! 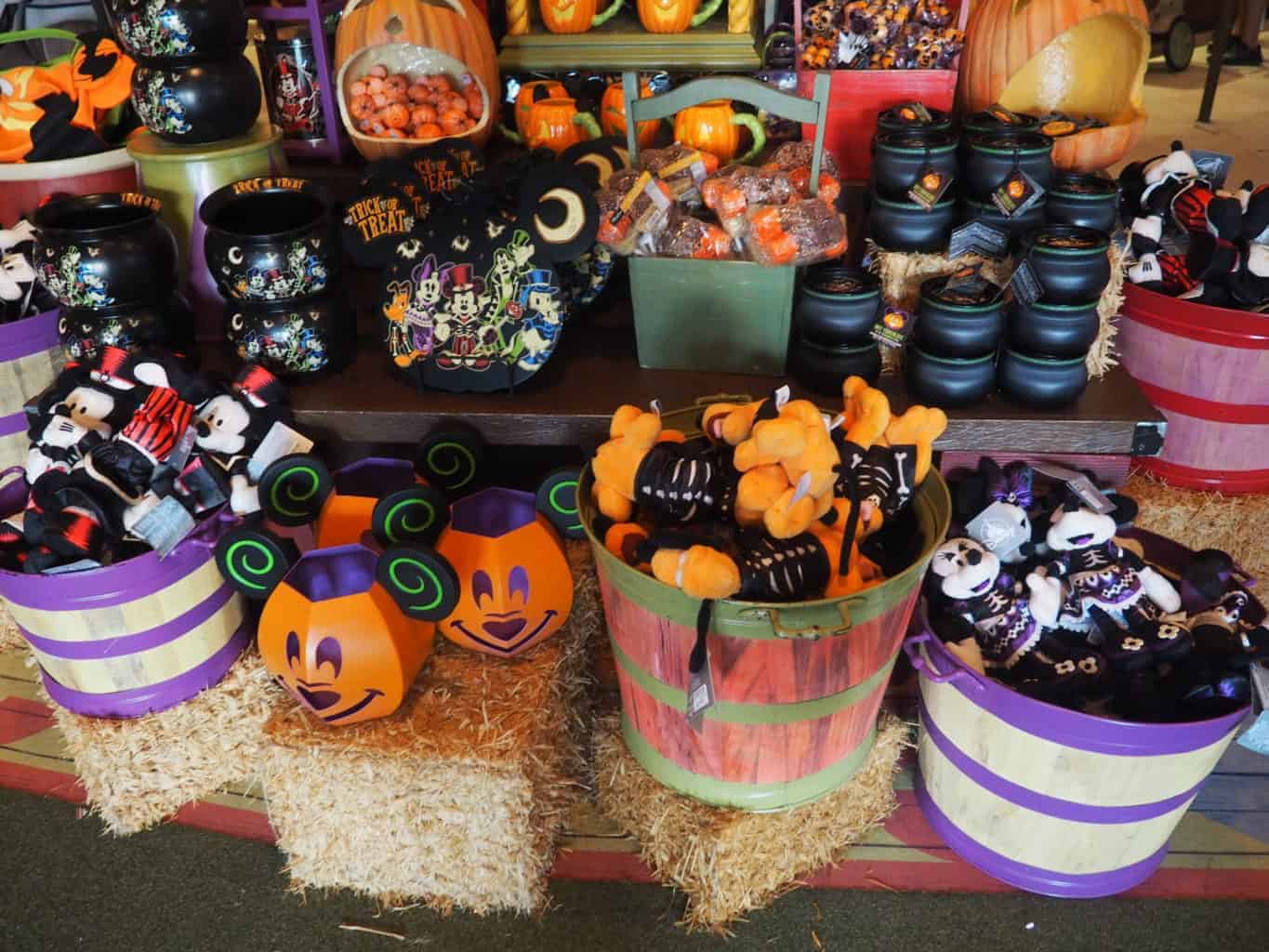 So we’ve talked about the magic that can happen when it’s Autumn at Walt Disney World before. And this Mickey Pumpkin Wreath is the guy we look forward to seeing every fall. You can spot fall garlands, wreaths, decorations, and more all over the Disney Parks. We love to revel in the feelings of Fall even when it’s 90 in Florida. And if you’re looking for extra spooky, head to Haunted Mansion, where you will find extra cobwebs on everything and sometimes even more ghouls than usual! 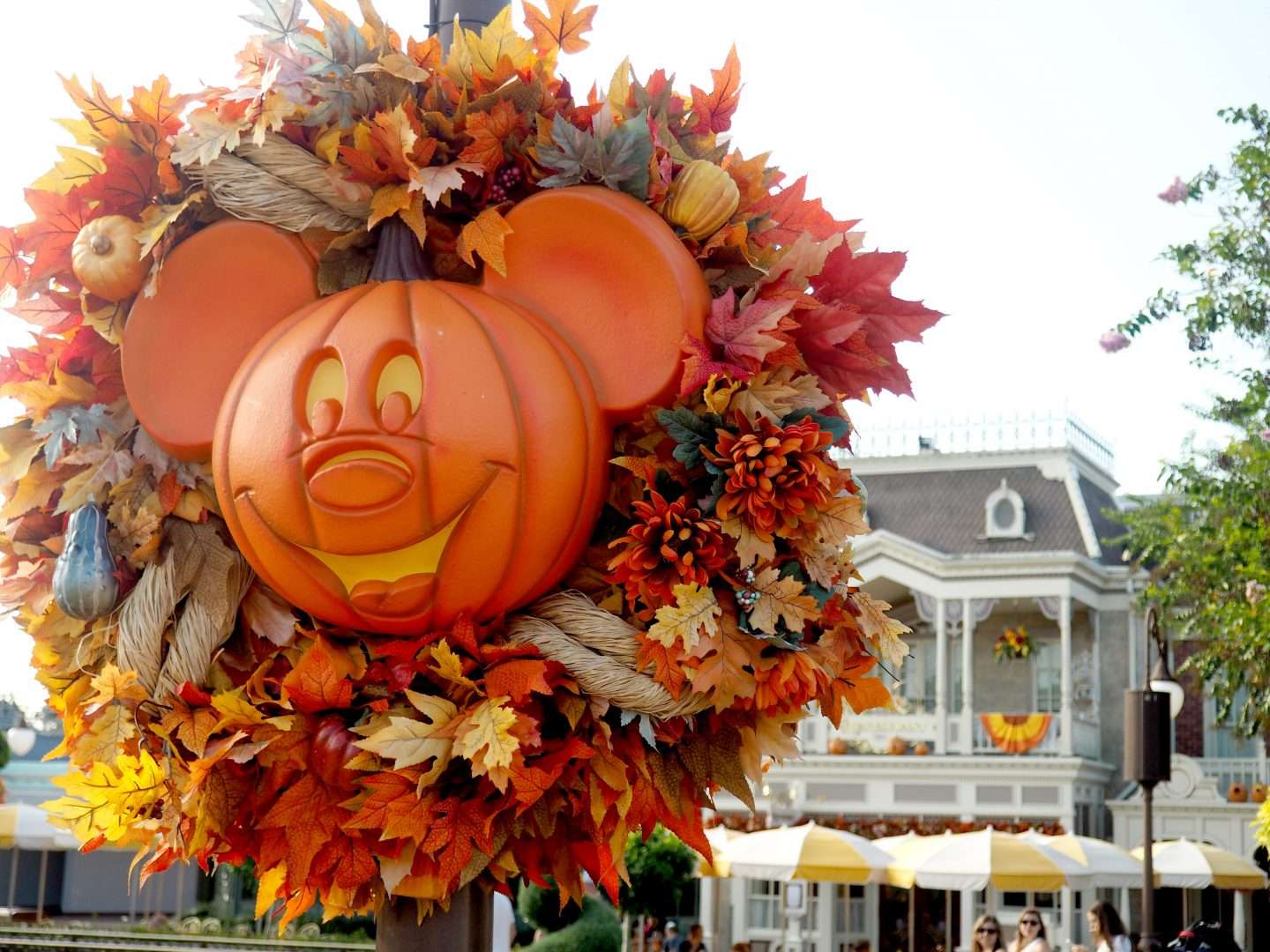 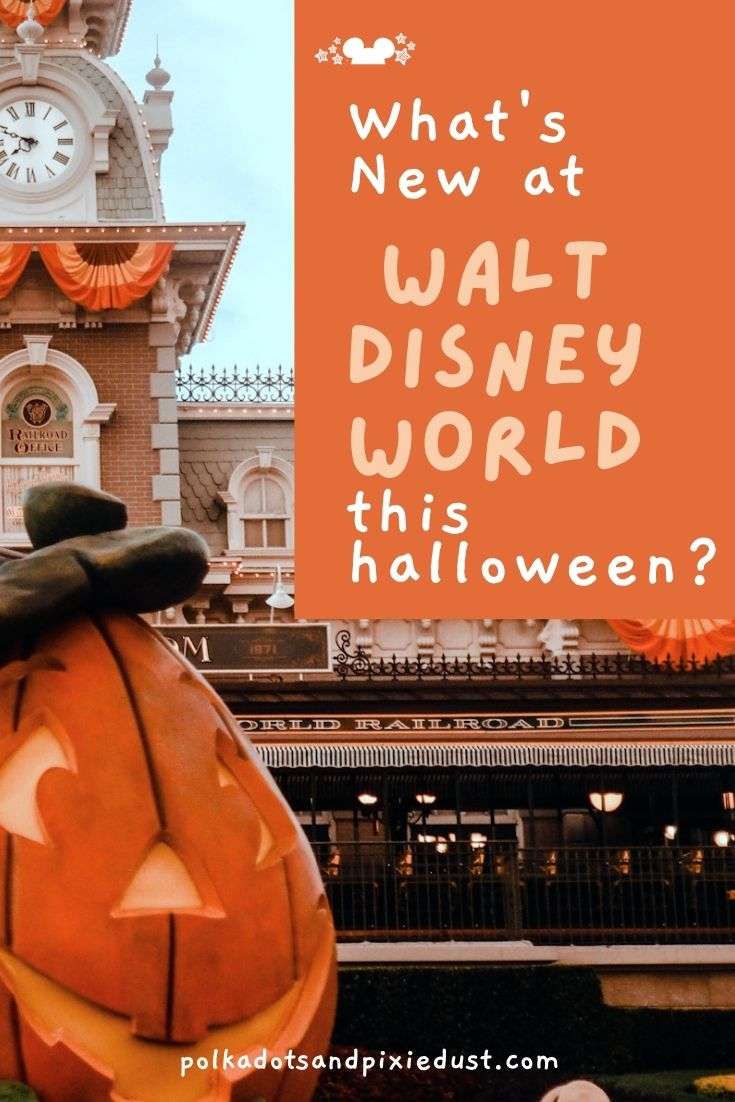 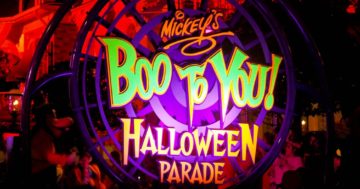 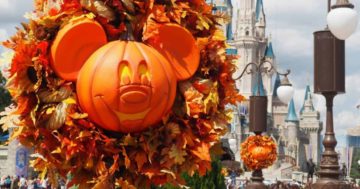 Walt Disney World in the fall brings some better weather, a festival, a party, and new fall overlays. Add decorations, the Main Street Trolley singers, and new Fall Snacks and we’re there. Here’s all the Magic that Can happen When it’s Autumn at Walt Disney […]