New Things at Mickey’s Not So Scary Halloween Party 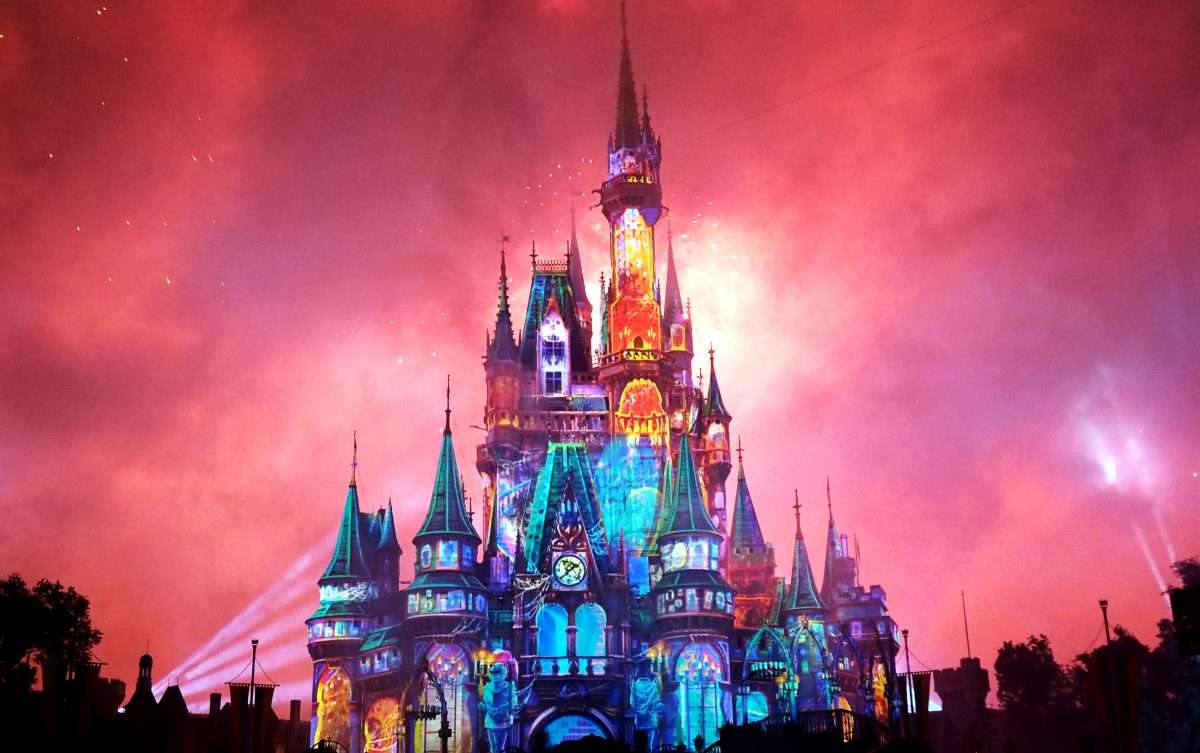 We are super excited about the new things happening at the Party this year, because Halloween is actually one of our favorite times at Walt Disney World! If you have not gotten a chance to dress up, try all the snacks, learn the Boo to You Parade Lyrics or see the fireworks show. Get ready for a whole lotta Halloween Magic at Walt Disney World. And aside from all this newness, you can still look forward to all of the classic staples from the Halloween Party like the Hocus Pocus Villains Spectacular, trick or treat trail, the Boo to You Parade and unique character meet and greets! Everything here premiered in 2019. 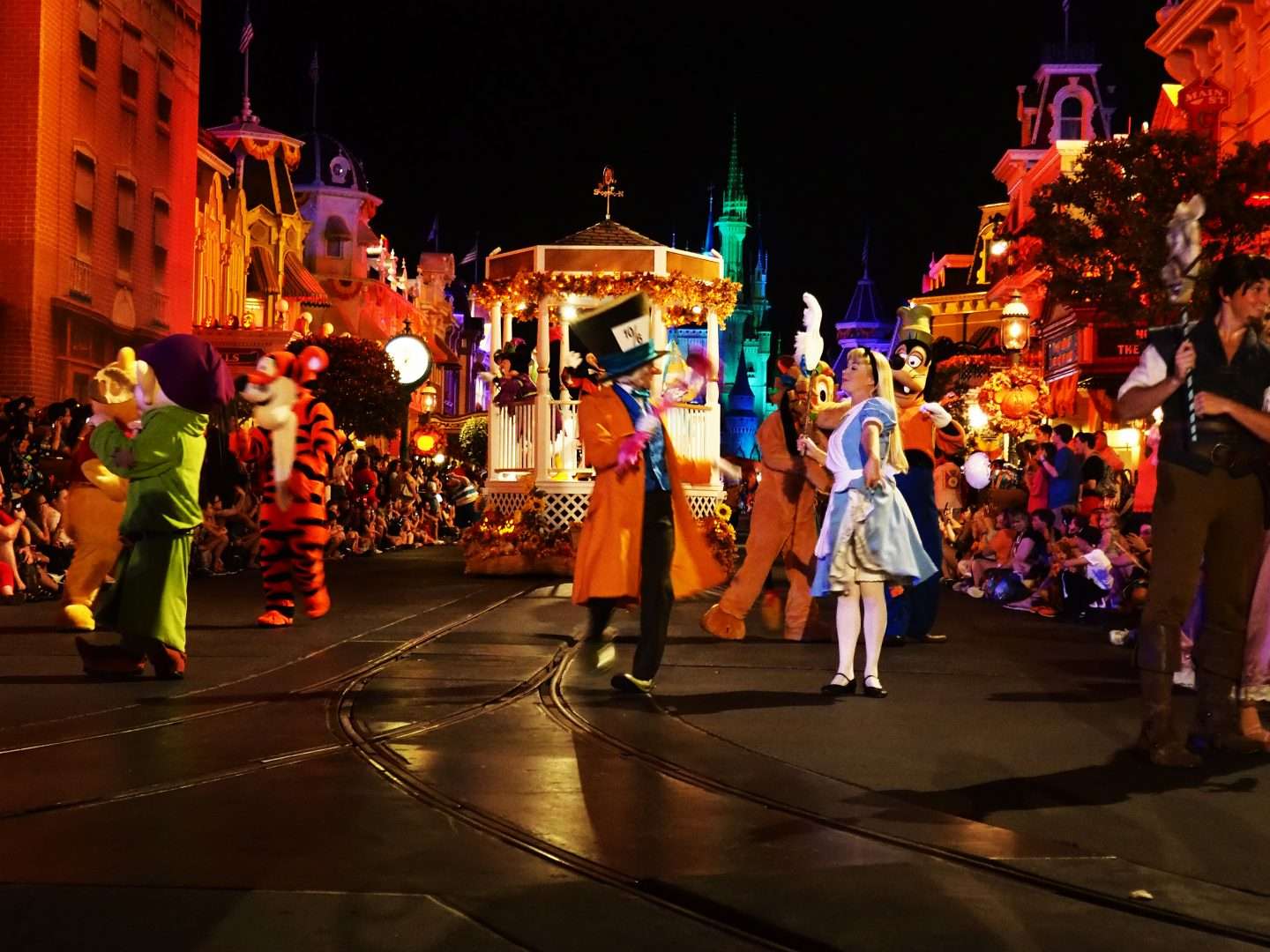 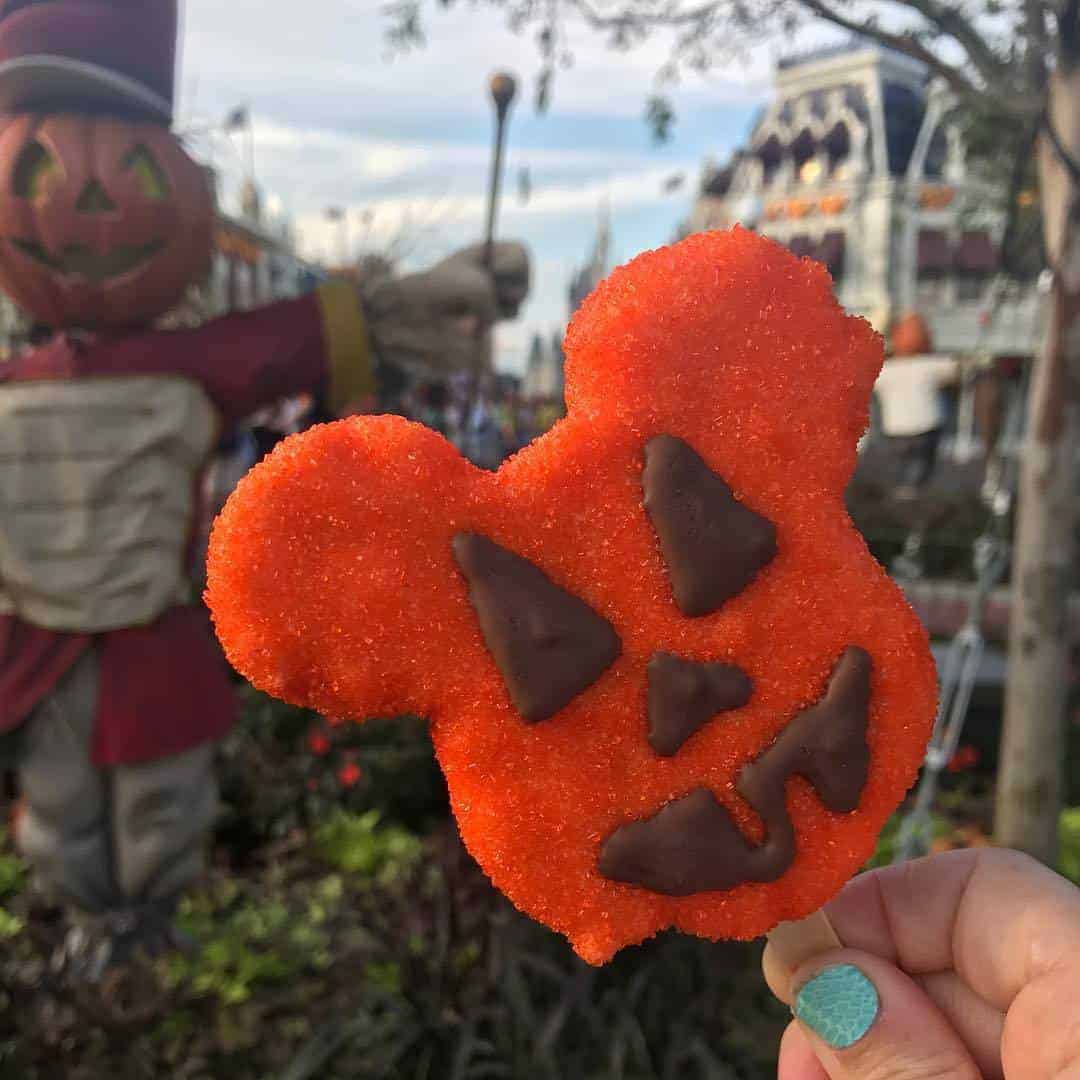 Disney’s Not So Spooky Spectacular Fireworks

debuted last year and features Jack Skellington and his dog Zero telling stories. Special features include digital art projections, fireworks, a new soundtrack and more. We’ll follow Zero as leads the way with Mickey and friends trick or treating and stumbling upon a spooky haunted house! 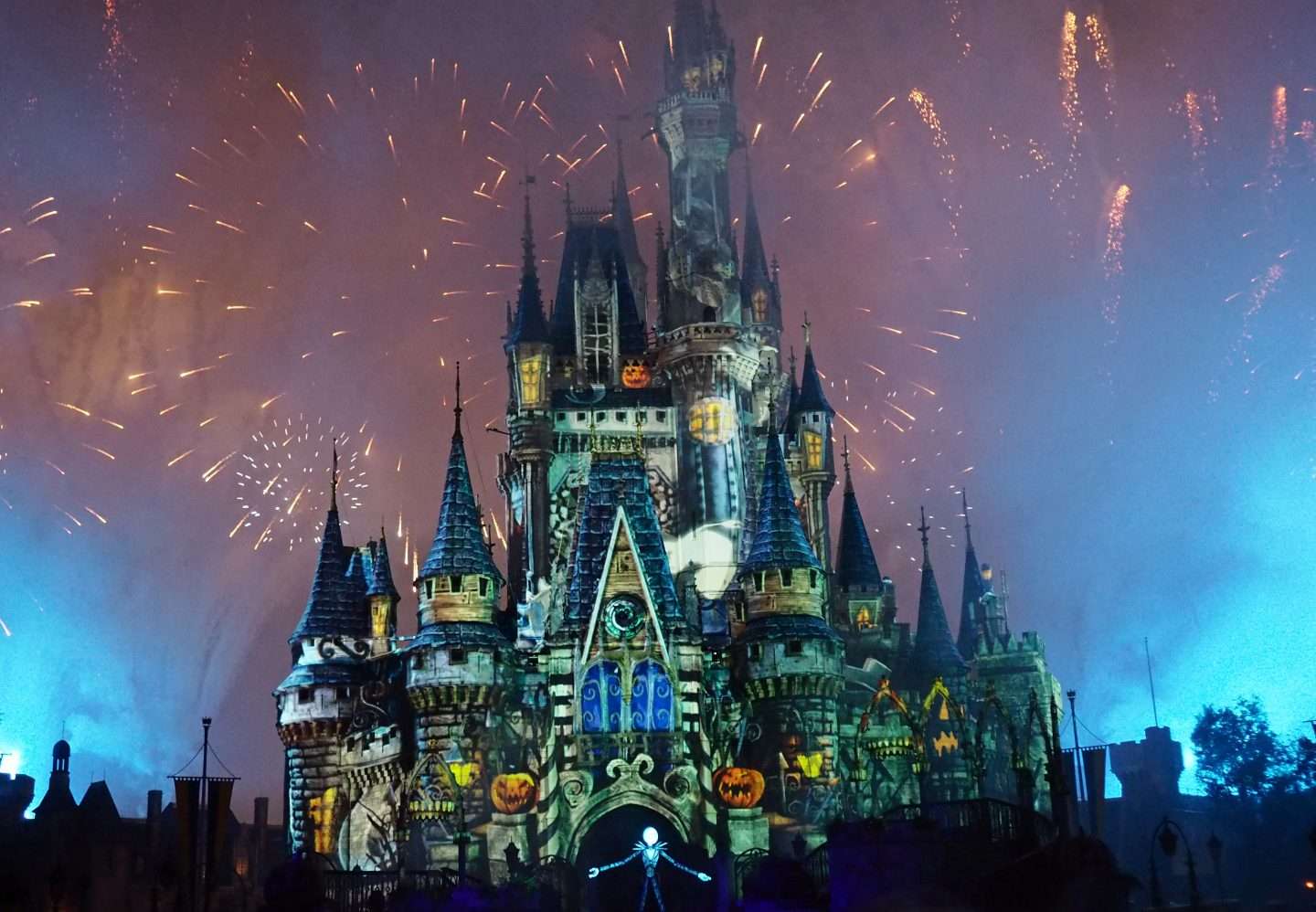 Sure you’ve already paid for the Mickey’s Not So Scary Halloween Party ticket, but if you want a front row seat at the new fireworks show, you can pay extra to attend the dessert party. Ghoulish goodies, sparkling cider, fruits, cheeses and treats await. While we wouldn’t recommend using precious Halloween Party time at a dessert party you can check out our dessert party experience here to see if it may work for you.

This up-charged dining package will be offered at Tony’s Town Square Restaurant and an appearance by Cruella herself. This package takes advantage of the prime parade viewing spot that is right in front of the center of Main Street so you’ll get those parade views with the castle in the background. That said, lets hope that we can see plenty of New things at Mickey’s Not So Scary Halloween Party that doesn’t require more money to enjoy. 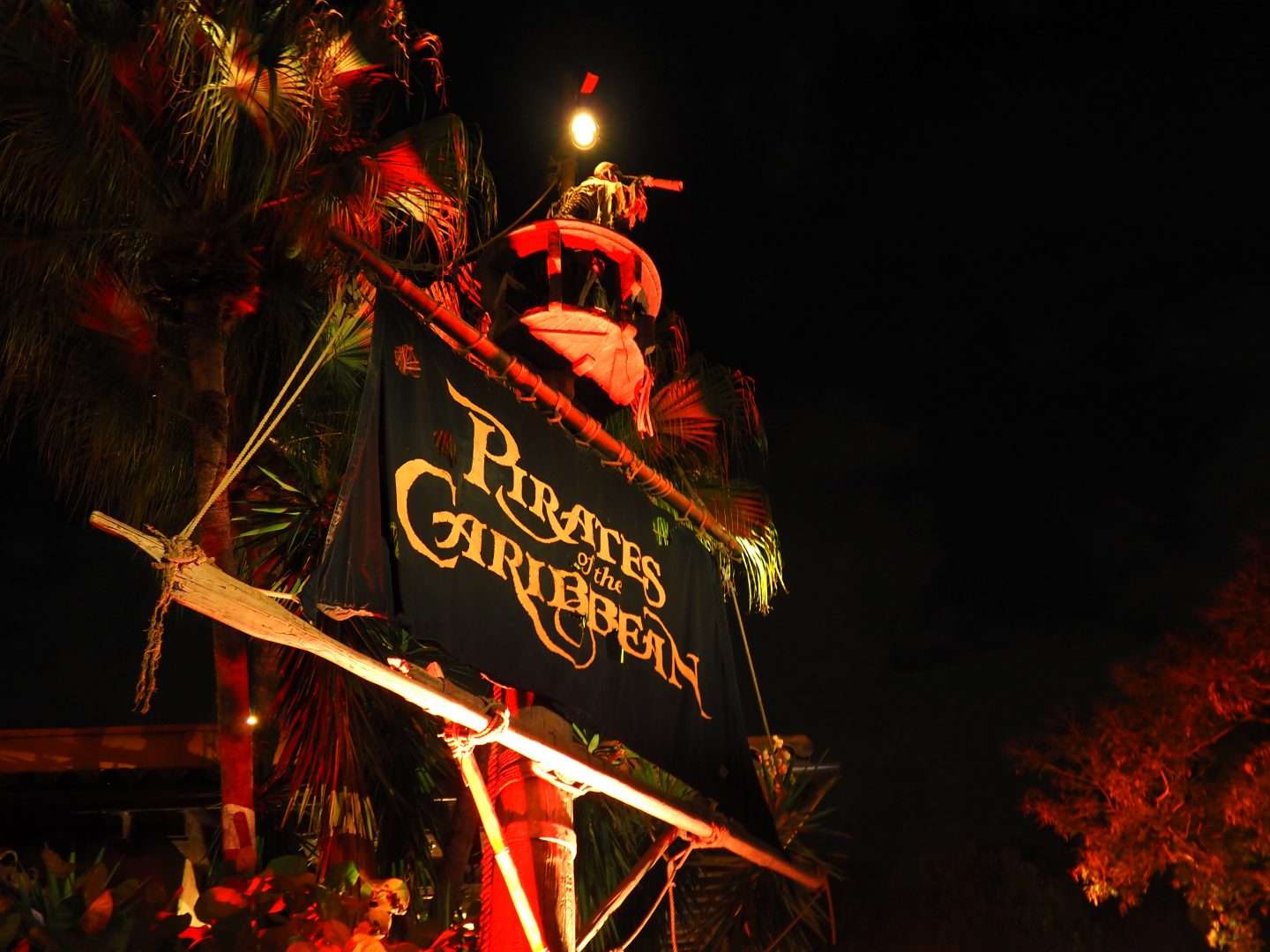 In our minds the Boo To You Parade is sacred so we were a little nervous as to how last years new additions would change up our favorite Disney Halloween Parade Lyrics, but it ended up being OK! The Spectral Bride, of Haunted Mansion fame joined the parade, gliding her way among the spirits. Buzz Lightyear and Alien explorers were also added for a little futuristic fun, Plus Edna Mode and the Incredibles now have their very own new float as well. While we’re still waiting for more Disney villains to be added to the lineup, we’ll take these fun new additions in the interim. 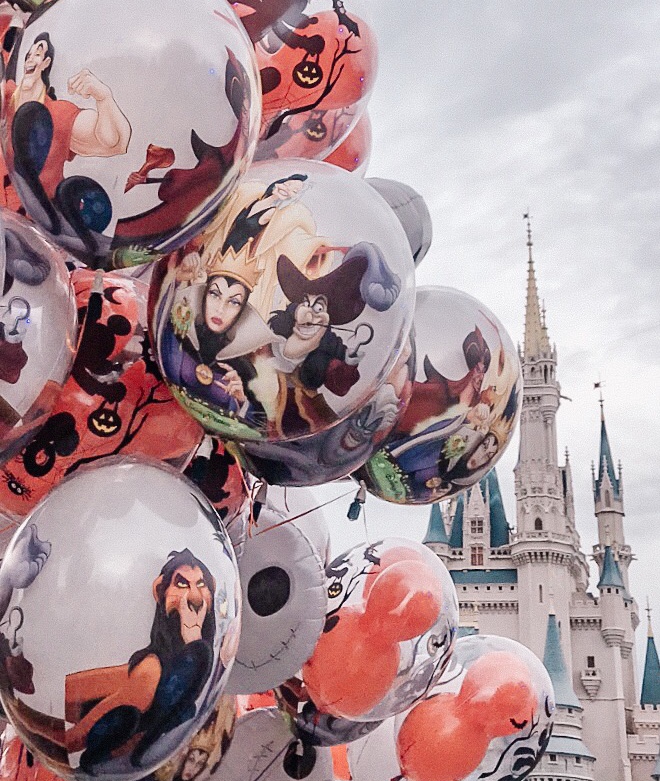 Trick or Treat at Magic Kingdom with Monsters Inc.!

Get ready to mingle with the monsters as you trick or treat around the Monsters Inc. Laugh Floor in Tomorrowland, Magic Kingdom. The New Treat Trail Encounter with Monsters Inc.! is an interactive part of your trick or treat experience. There’s no telling where these guys will pop up for a scare!

Tomorrowland rides will be getting new overlays as Disney starts to heavily promote that area of the park.  And new last year these rides got extra spooky with new music and overlays of color. So we’re expecting more of the same.

The teacups on the Mad Tea Party will now have a cool new lighting effect for riders during the Party. The light will change colors and you might even too! Sound a bit mad? Nah, we are excited for this fun little addition to this classic ride.

On Space Mountain, riders will be treated to a new soundtrack. So if you’re already a huge Space Mountain fan, you’ll definitely want to check that out during the party. A whole new list of songs for 2019.

Pirates of the Caribbean

Officially a “Posse” of live pirates, causing a raucous will be part of the Pirates overlay for the Halloween Party.

If you have little ones, Storybook Circus will also be hosting a Disney Junior Jam, a dance party featuring some of the most beloved Disney Junior Characters!

New Halloween shirts, magic bands, home decor and more has officially shown up in Disney Springs! Check out the Disney Parks Blog for all the new merchandise. 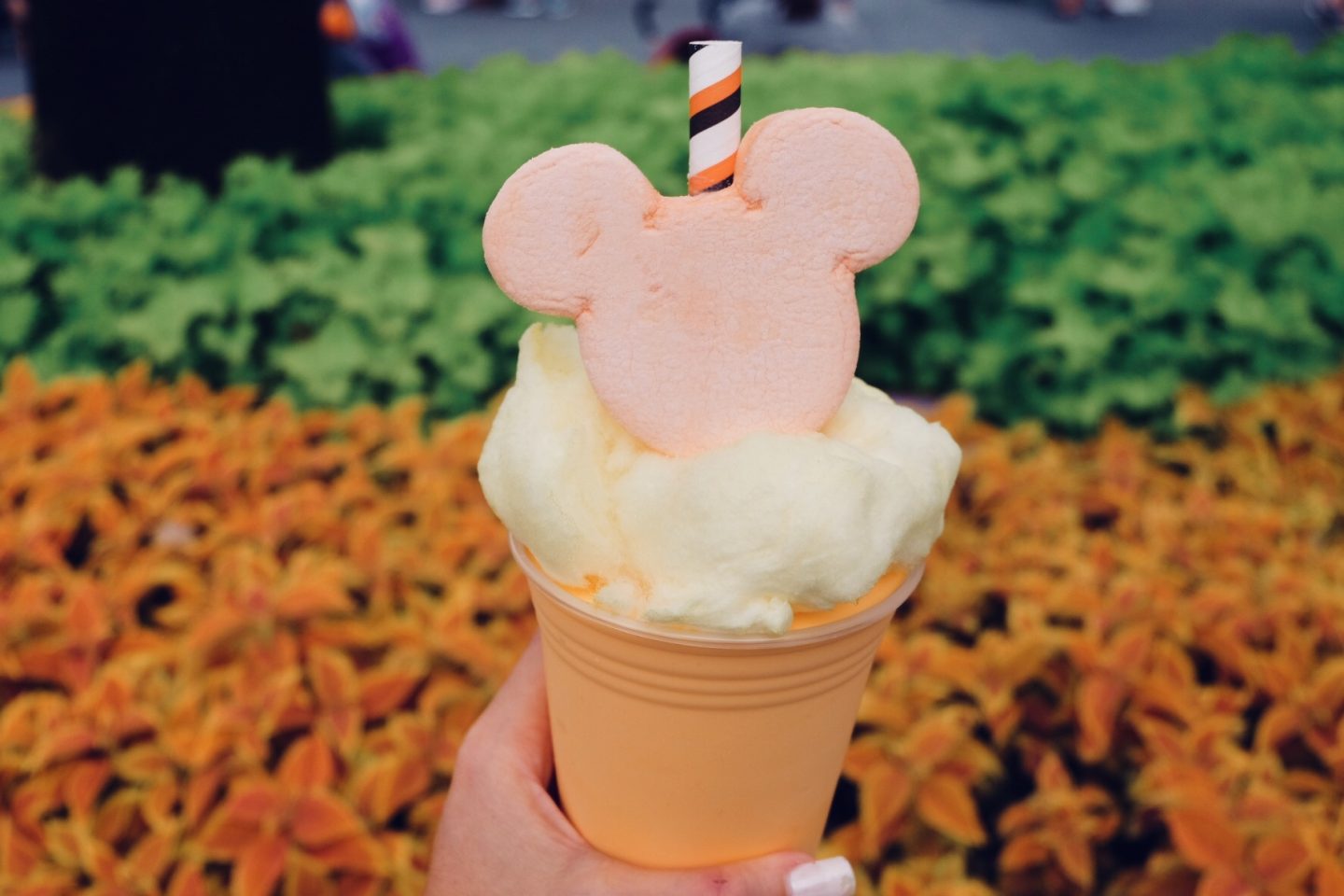 Check out all the new Halloween Snacks at Walt Disney World.  You can grab things both savory and sweet and some treats are even available outside of the party, so you can grab them everywhere across the parks. Check out the post for the snack lineup. 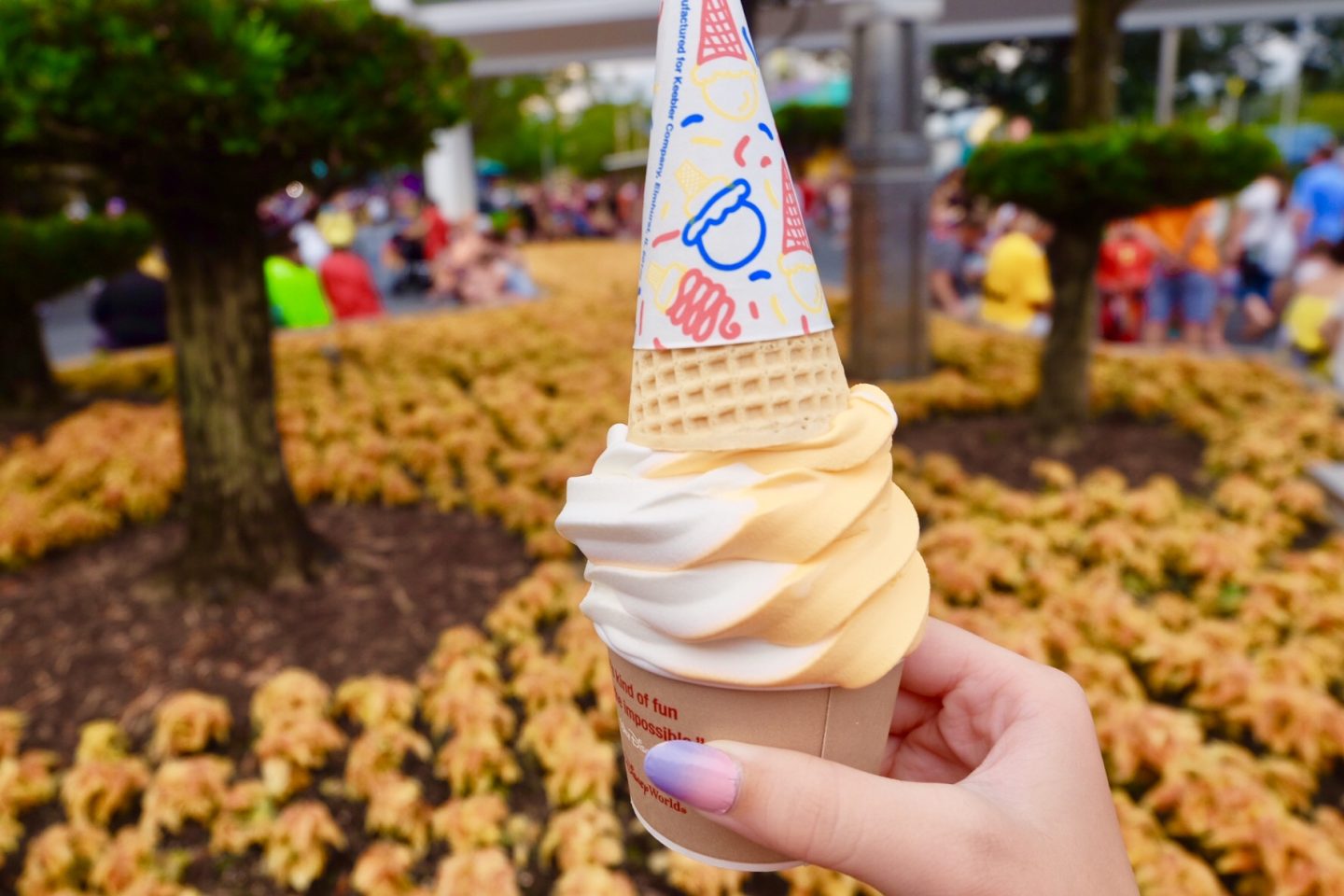 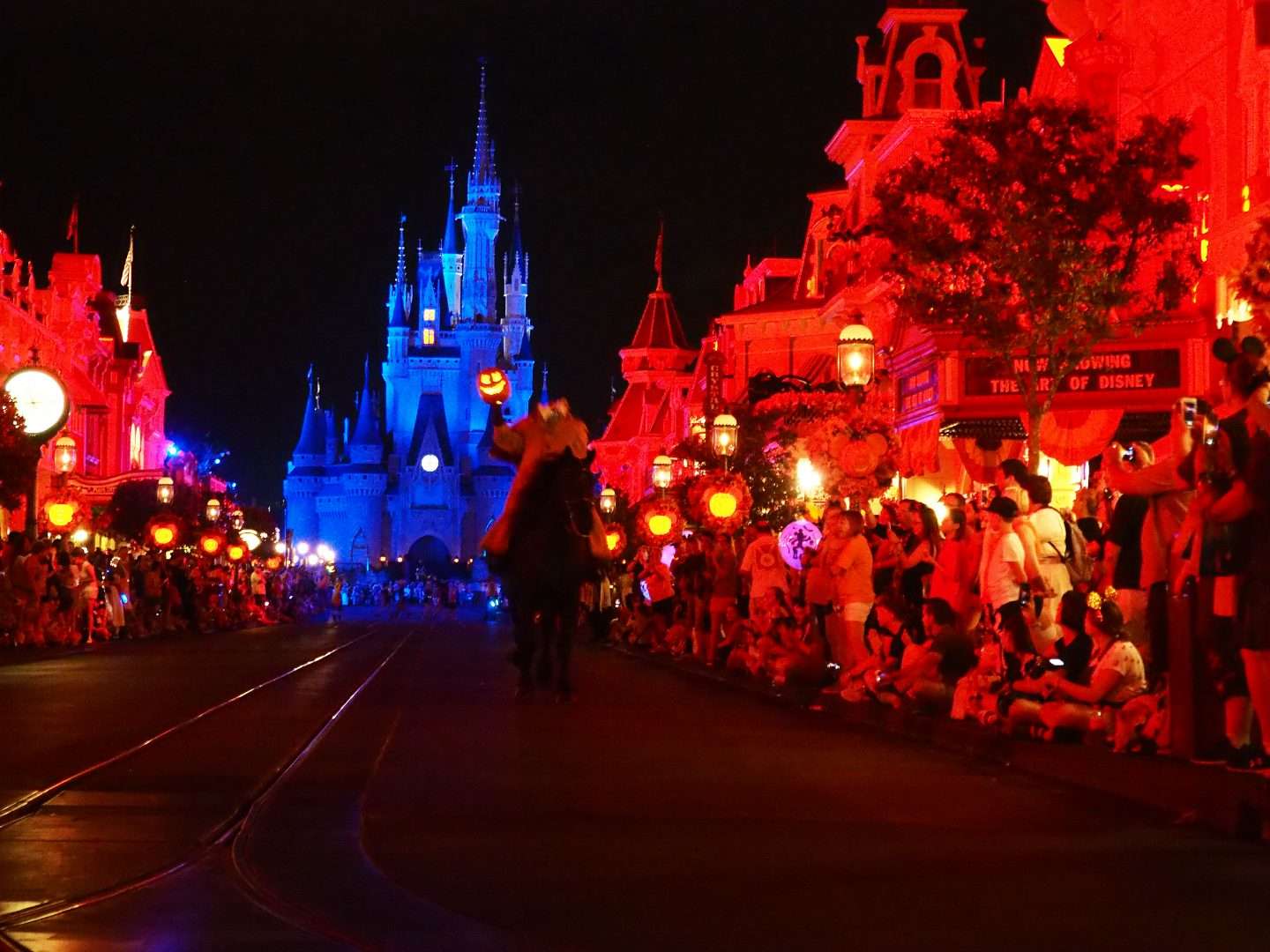 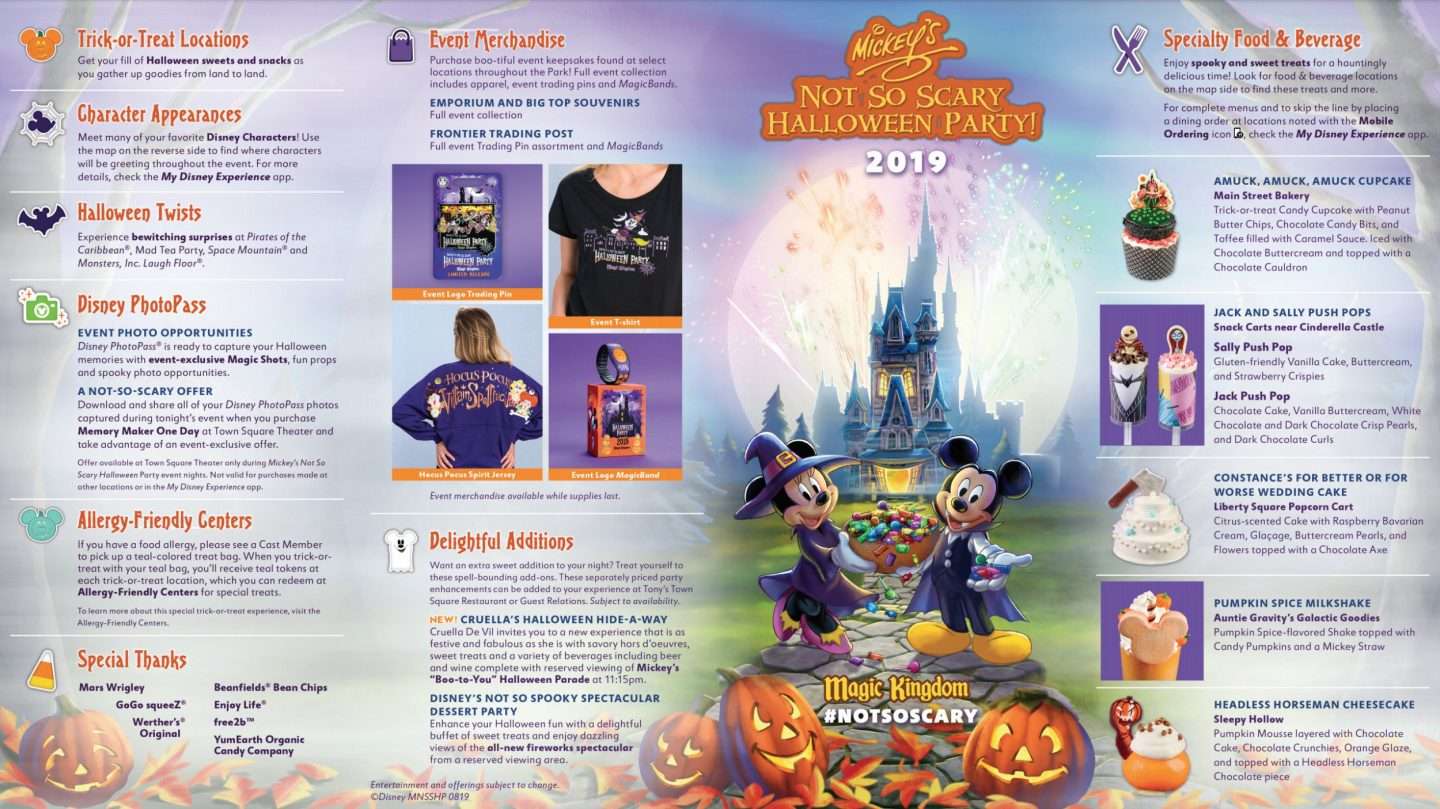 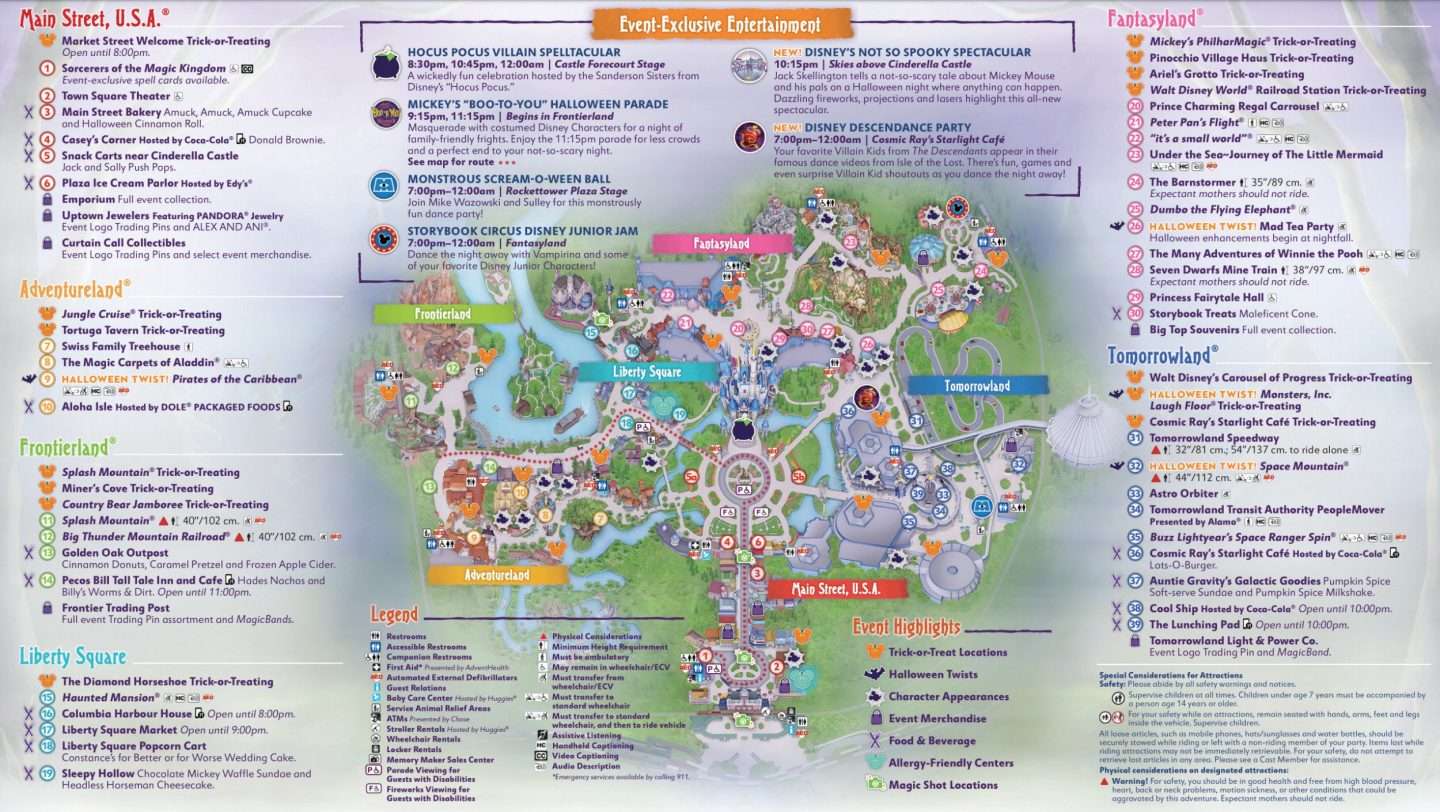 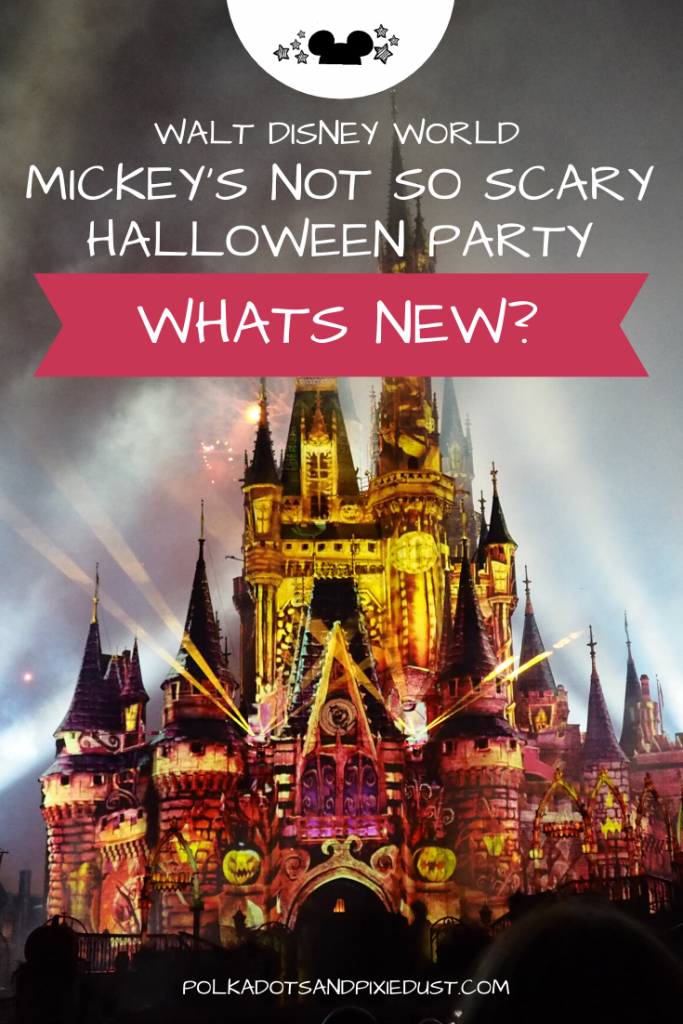 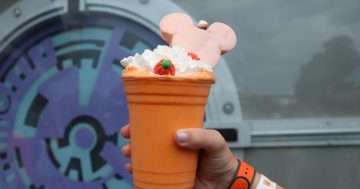