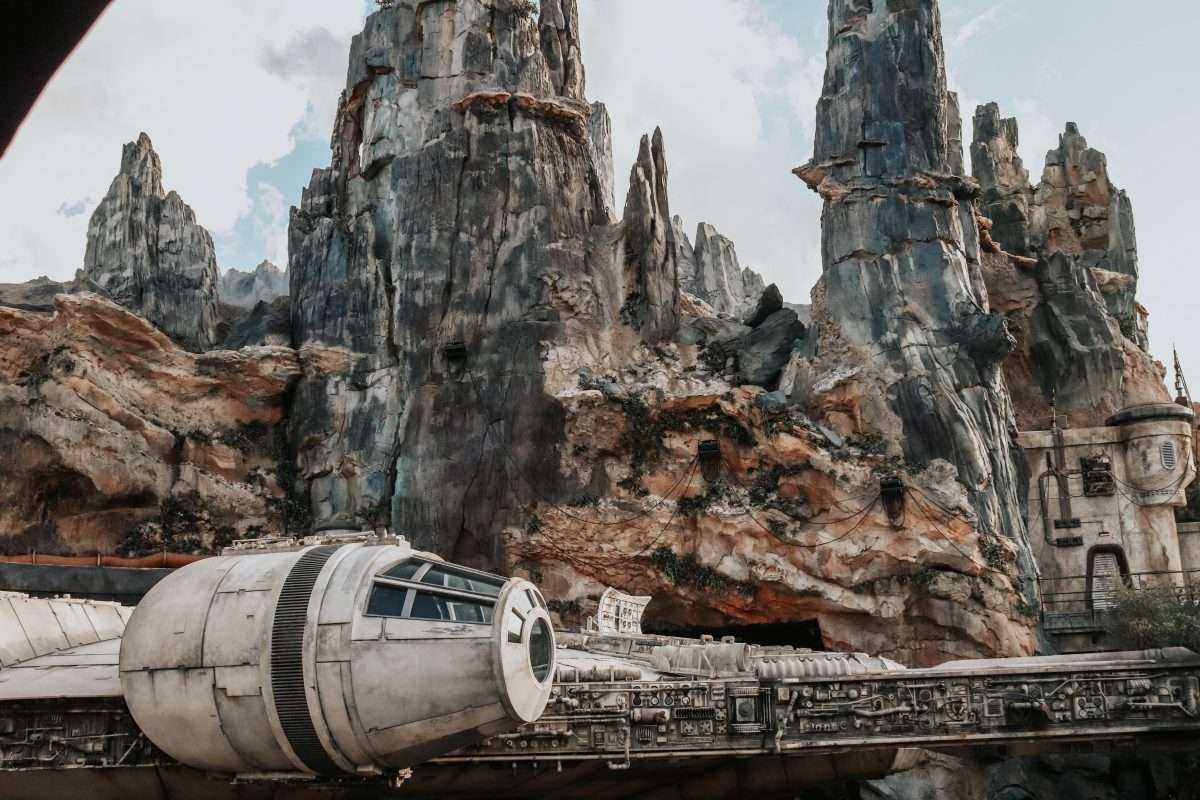 Galaxy’s Edge has landed at Walt Disney World and we were lucky enough to attend the Passholder Preview. Galaxy’s Edge is an immersive experience and will delight everyone from super fans of Star Wars to those who know little to nothing about the franchise. Located in Hollywood Studios, we think Galaxy’s Edge just may turn this Park into a full day commitment. While there are so many things to see and do on Batuu, here are some of our favorites!

Cast Member Interactions in Galaxy’s Edge
Everyone in Batuu from Storm Troopers to Store Keepers are in full character 100% of the time. Want to tell them how much you love Porgs? They’re happy to tell you how their apartment is infested with them. Dare to wear a Rebel shirt in the First Order sector of Batuu? Be prepared to be stopped by Generals and Storm Troopers alike looking for suspicious activity. Whether or not you understand what they’re talking about, be prepared to play along!

Photo Ops on Batuu
The detail that Imagineers have put into Galaxy’s Edge is mind blowing. Whether you’re looking for your next Instagram post or want to recreate a scene from a Star Wars movie, there is no shortage of amazing places to take pictures in Galaxy’s Edge.

Smuggler’s Run in Galaxy’s Edge
Ready to pilot the Millennium Falcon? How about fix it when things go wrong?! Never fear, Smuggler’s Run has got you covered. Whether you’re chosen to be a Pilot, Engineer or Gunner, each role will give you a completely interactive experience.

The Droid Depot in Galaxy’s Edge
Want to take home a little droid of your own? While this experience may not be cheap, it is a blast to put together your own personal droid. Select the parts you want and piece together the perfect-for-you droid. Even better carry him (or her) around in their very own backpack and watch your droid interact with the world around it on Batuu.

Oga’s Cantina on Batuu
More than just another worldly bar, Oga’s is an actual experience. Offering a selection of concoctions, Oga’s also has its own “DJ” to keep the energy up and the party going. In our opinion, you don’t come to Oga’s for the drinks, you come for the atmosphere. The drinks are just what keep you there.

There is something for everyone on Batuu inside Galaxy’s Edge. From the sights to the sounds to the smells, it is the perfect stop for any world traveler.

Rise of the Resistance in Disney’s Galaxy’s Edge