Remy’s Ratatouille Adventure in EPCOT France is going to be FUN! Not necessarily thrilling or mind-blowing. But fun. This new 4-D trackless dark ride shrinks guests down to rat size. Set to open previously this summer, Remy’s Ratatouille is set to open October 1, 2021 just in time for the 50th Anniversary Celebrations of Walt Disney World. Here’s everything you need to know about the newest ride coming to EPCOT, Walt Disney World.

Inspired by the streets of Paris found in one of our favorite movies, Ratatouille, this new ride is part of the larger renovation of France in World Showcase. Remy’s Courtyard includes a Remy Fountain, and storefronts that mimic a Parisian street. There will be entrances to a Patisserie, and the brand new La Creperie de Paris Restaurant coming soon. This courtyard space has trees, benches and no doubt, the sounds and smells of Paris.

Modeled after Hector Guimard’s classic Art Nouveau subway gates in Paris, the entrance gate to Remy’s Ratatouille Adventure is tucked in the back corner of the France Pavilion. This is a beautiful “Metropolitan” style steel entrance that actually mimics the one right across the water over at the Disney Skyliner entrance near the International Gateway. So guests will enter this area, with small seating alcoves to the right that overlook the water and soft pastel french stucco buildings to the left. You will also notice that there’s a restroom building and large black decorative gates that lead

Once past the entrance walkway you enter the “streets of Paris.” This area has the look and feel everyone associates with Paris. This is a tree-lined street, complete with decorative lamp posts that flank the space and benches. This street leads you to the entrance of Remy’s Ratatouille Adventure where you can see covered areas done in the art nouveau style before you get to the Remy Fountain. 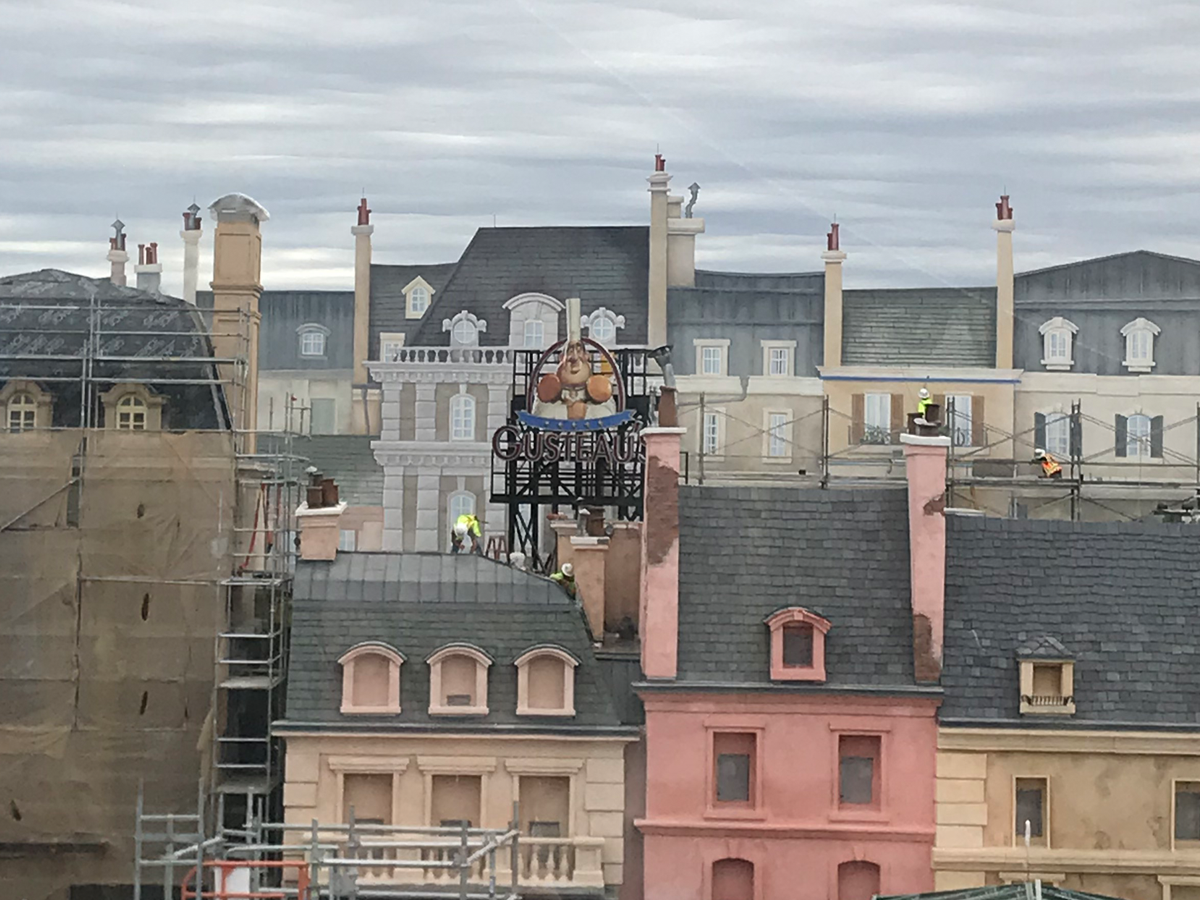 This new authentic Creperie is part of the new courtyard and will offer crepes with a variety of sweet and savory options. This restaurant will feature celebrity chef Jérôme Bocuse’s menu. And since Bocuse is the resident genius behind Chefs de France and Monsieur Paul we can’t to see what this one has in store. This is a quick service and table service restaurant set to open as part of the new courtyard opening in 2021. 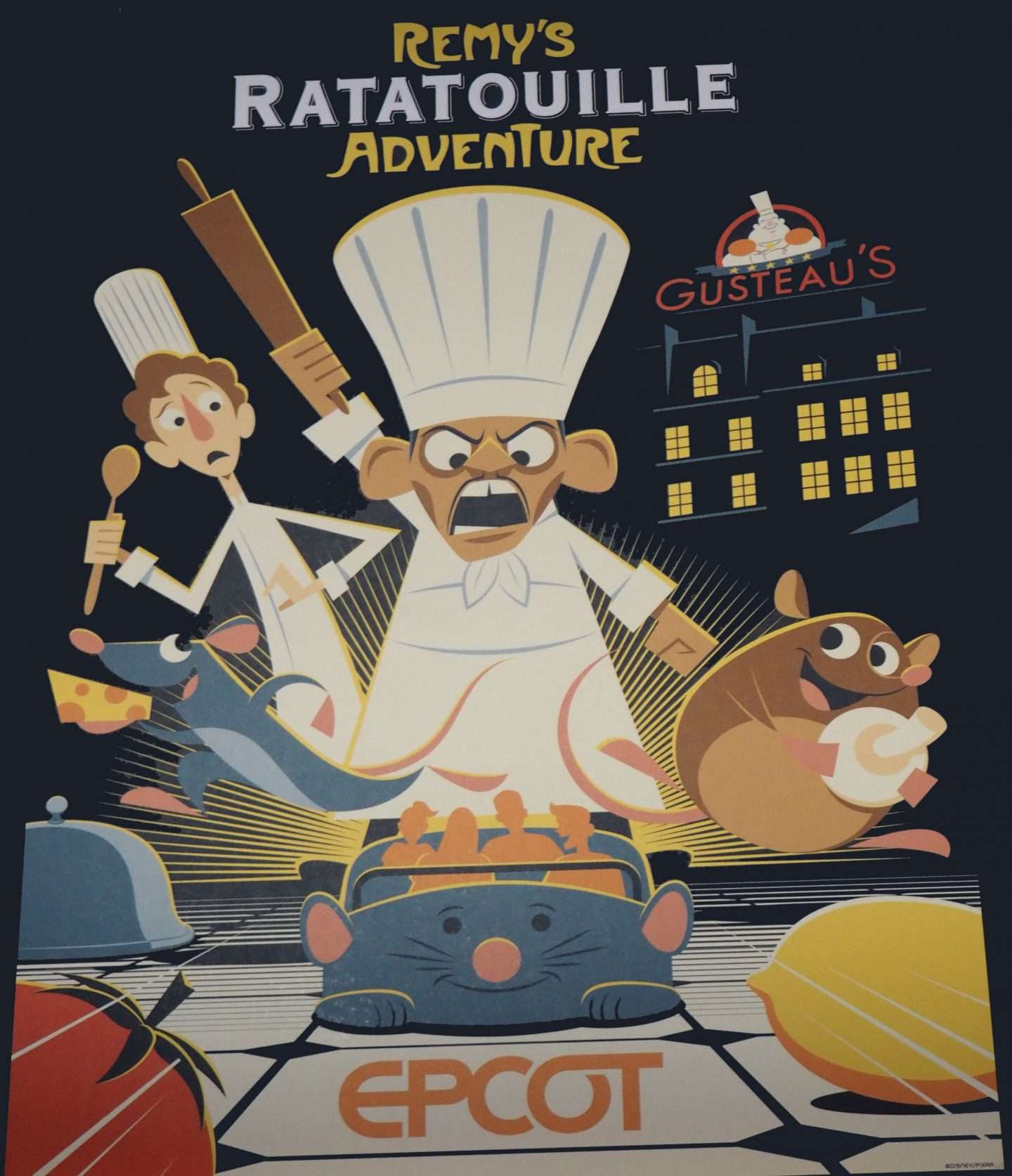 As part of the ongoing effort to make Epcot more family friendly, adding more Disney to the World Showcase, Remy’s Ratatouille Adventure joins the new Beauty and the Beast Sing-A-Long in France.  Based on the 2007 movie, Ratatouille, this 4D ride will bring you right into familiar scenes from the movie. And will get to experience this as if you were the size of a rat! Yep, everything in this ride experience will be ginormous, since you will be “shrunk down to size” to help Remy get through it safely!

What kind of ride is Remy’s Ratatouille Adventure?

This is a dark, trackless ride similar to Rise of the Resistance and Mickey and Minnie’s Runaway Railway. It features little rat cars, that seat 6 people, of 2 rows allowing 3 people each. Very similar to the Winnie the Pooh ride cars. With no height requirement this will surely be a popular family ride and one that will have either fast passes or virtual queue at least to start.

What is Remy’s Ratatouille Adventure About?

The best Disney rides have good storylines. Just like Mickey and Minnie’s Runaway Railway, Remy’s Ratatouille Adventure is all about a great plan, gone awry. As a rat, guests get to explore the kitchen at Gusteau’s with Remy. Giant desserts, cheeses, and jars dwarf the scene while the spaces fill with the sweet and savory smells of the kitchen. Once in the kitchen the ride speeds you underfoot of the chefs and swerves you out of the way of falling foods. But don’t worry, at almost 5 minutes this ride will give you plenty of time to escape the crazy and help Remy realize his dream of being a great chef!

Is this ride the same as Ratatouille: L’Aventure Totalement Toquee de Remy, in Disneyland Paris?

Yes. While we don’t totally know how alike it will be, much like how Star Wars Galaxy’s Edge in Walt Disney World is almost exactly the same we can expect that same level of consistency here.

Will there be a  Virtual Boarding Pass for Remy’s Ratatouille Adventure?

Yes. With the FastPass program retired and the pending changing with the Disney Genie+ Lightning Lane, Remy’s Ratatouille Adventure has a Virtual Queue much like the Boarding Pass system for Rise of the Resistance.

When Does Remy’s Ratatouille Adventure Open at Walt Disney World? 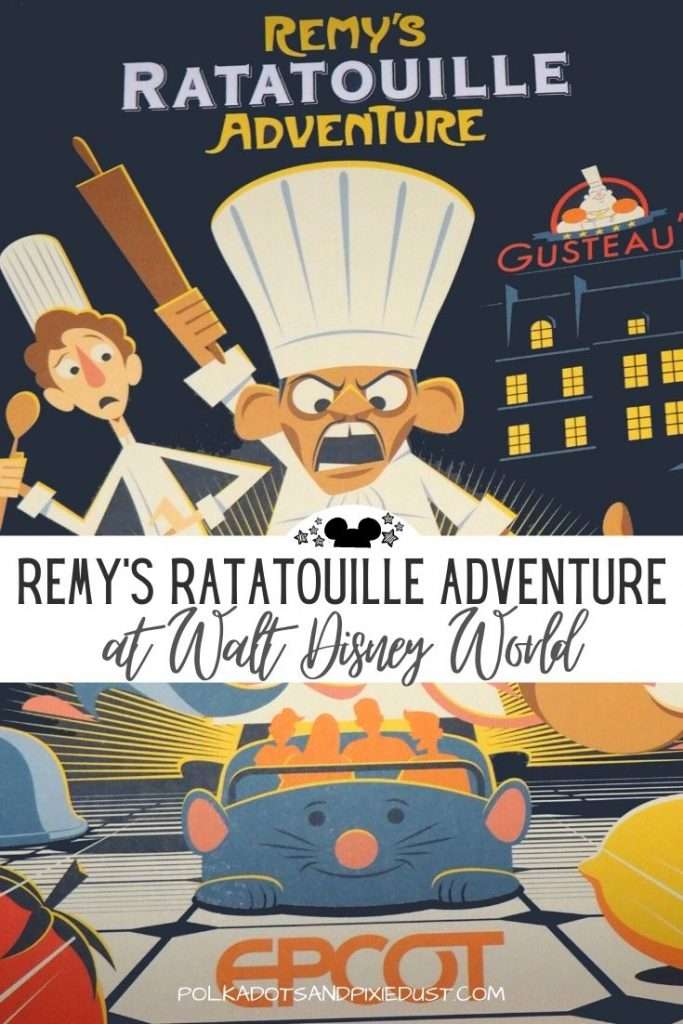