When we travel with Disney we’re usually on the lookout for 2 things. Amazing desserts and awesome coffee. Actually, we’re usually on the lookout for those 2 things everywhere we go. You’d be surprised how many places disappoint when it comes to good coffee and treats, so we were thrilled to find that our Disney Cruise Ship had the same high standards! Tiana’s Place onboard the Disney Wonder, has the best coffee. But we also added a variation here to make this into coffee or tea. Here’s our Tiana’s Place Mickey Cinnamon Latte Copycat Recipe.

Needless to say we’re hardly ever disappointed by Disney. With the newly opened Tiana’s Place restaurant on the Disney Wonder Cruise we were adamant about all ordering different items on the menu so we could properly review the offerings. Luckily, I got to try the Mickey Cinnamon Latte, a perfect treat alongside Tiana’s homemade Beignets, and have been insistent on sharing this recipe with you since we returned from our trip.

How to Build A Drink

It’s important to realize that a latte is mostly milk. That said the base of the drink can be whatever you want and it can still be called a latte. 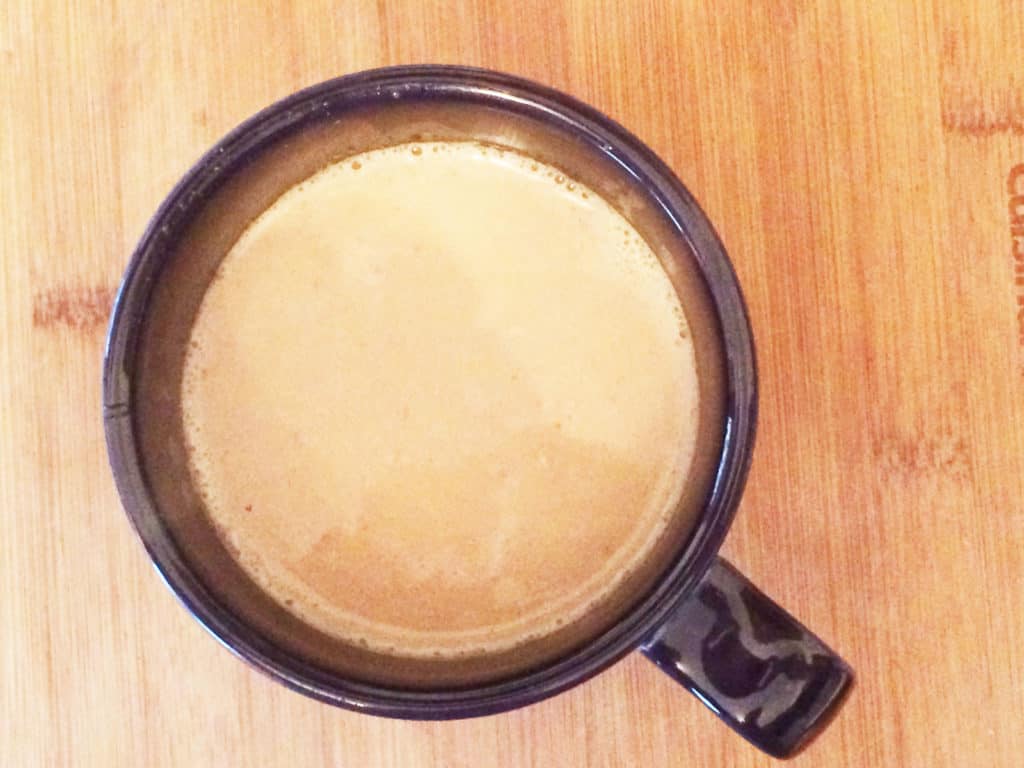 For the picture above I steeped two bags of Vanilla Chai Tea ( Bigelow) in about 4oz milk ( heated) and added another 2oz. boiling water. Let this sit until it’s a warm caramel color.

For the recipe below you should have all these ingredients in your pantry on a regular basis.

Latte Technique: Okay, so it’s way easier to create foam and a nice thick cream for your coffee if you have a frother. We got one from the Bodum French Press set we have. But, if you don’t have a frother you can also just use a mini-french press. We love love love this mini Alice in Wonderland French press that we got at Walt Disney World. You can get it at Amazon if you don’t have a coffee press on hand. 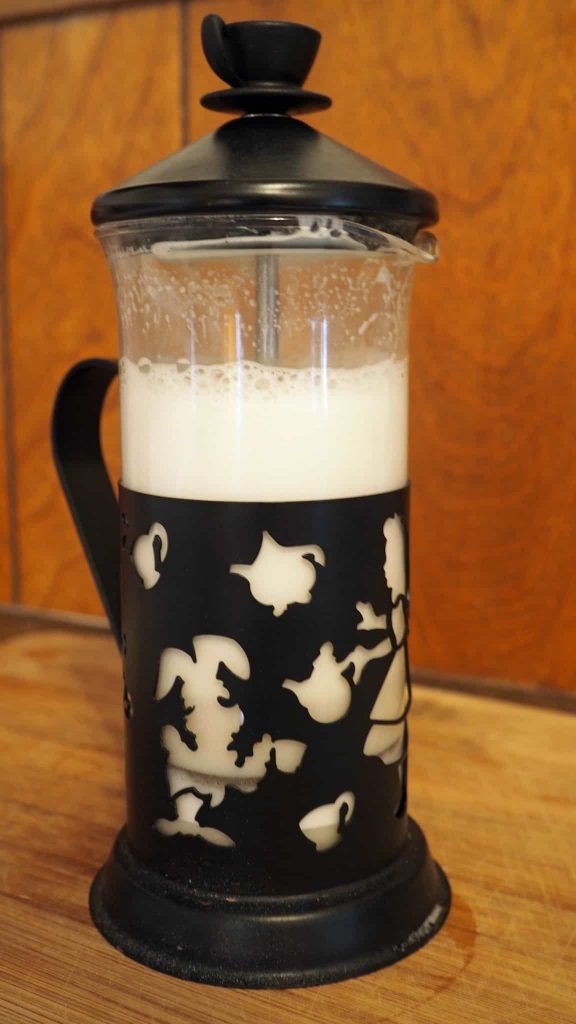 6. Once pumped and frothy, remove the press lid.

7. Prepare your base. At this point you can grab your mug and add the espresso, dandelion, chicory OR chai.

8. As you begin to pour the milk into your mug ( on top of your base), use a spoon to hold back the foam.

10. Reach for the Cinnamon.

Also, the foam will help keep the mickey head in place. Seriously, even after I carried this drink into another room, and drank some of it, my Mickey head was still in tact. 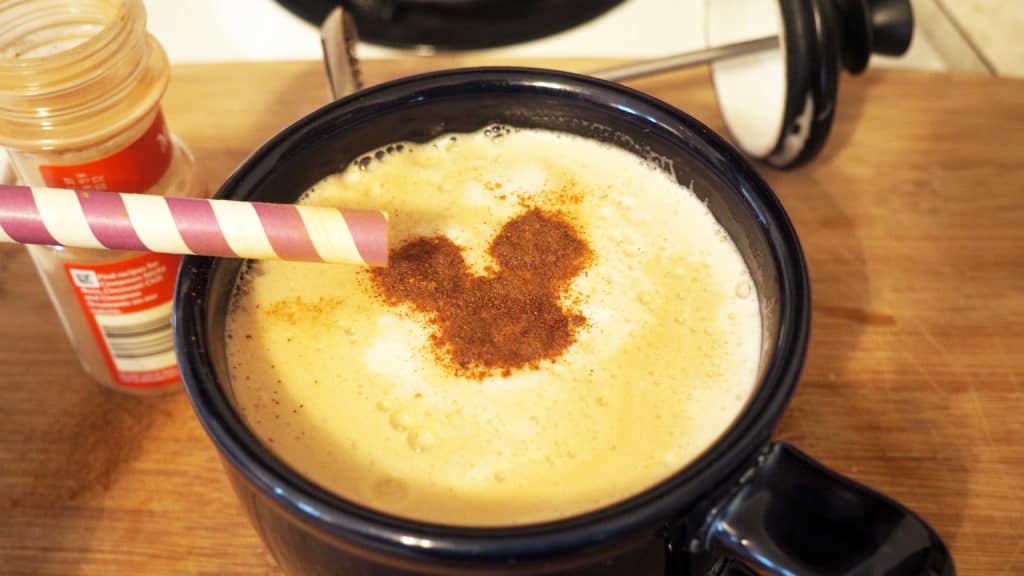 Base Drink : Your choice of hot beverage ( tea, coffee ) Brew/Steep in 4-6oz milk or water

1. In a small saucepan combine milk, cinnamon, and brown sugar until bubbly, but not boiling.
2. In a large mug add the espresso or tea bag to the boiling water.
3. Remove saucepan from heat and pour milk mixture into French coffee press.
4. Pump the press until froth forms, then pour onto base drink, using a spoon to hold back foam, then add foam last.
5. Pour some cinnamon into a straw and lightly tap straw on edge of mug to make your cinnamon mickey art. 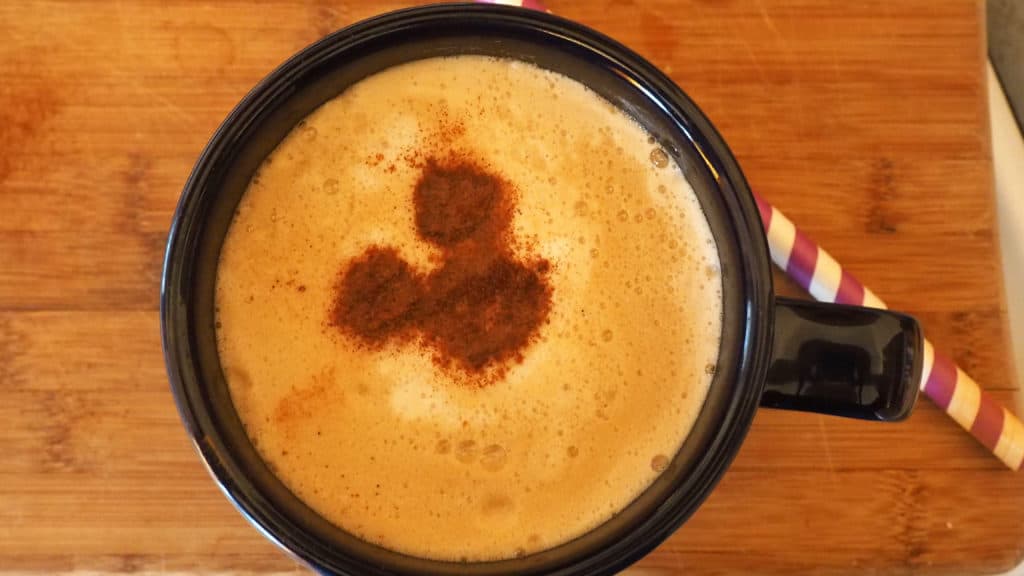 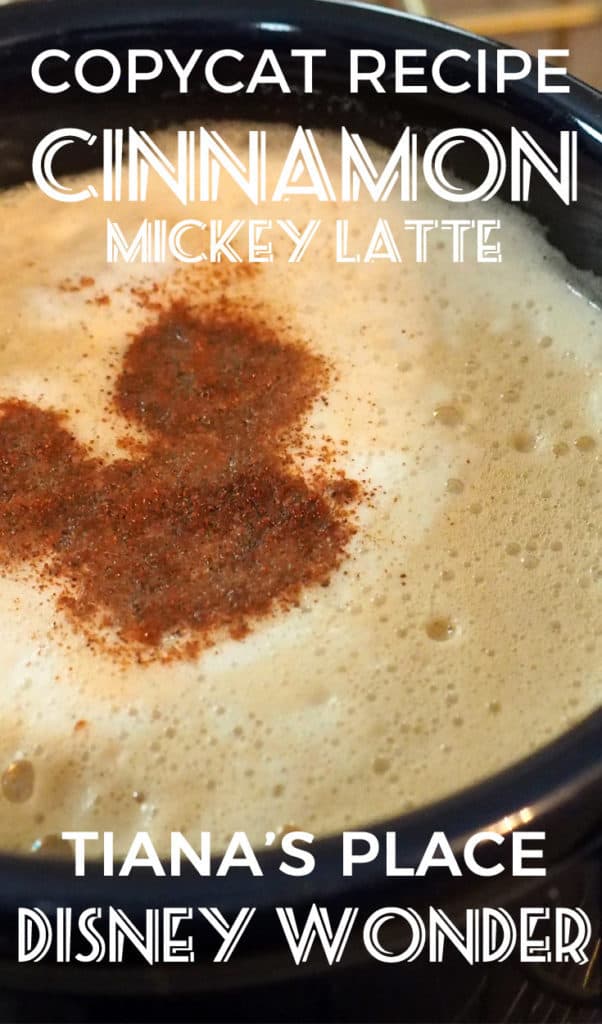 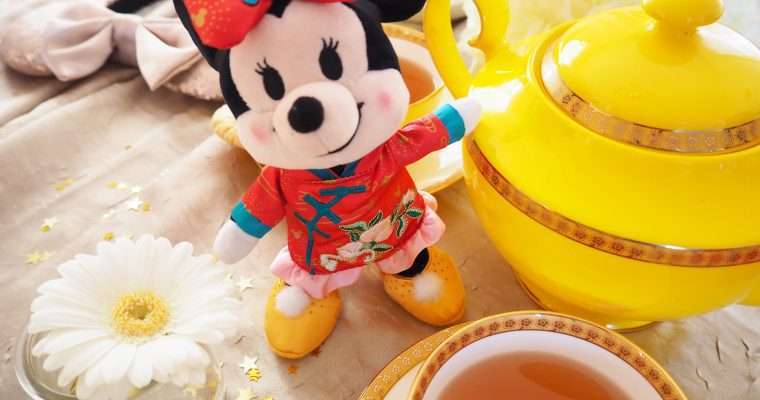 If you’re looking for a few more reasons to celebrate the New Year, settle in for a Lunar New Year celebration at home. January 22, 2023, marks the Lunar New Year and officially starts the Year of the Rabbit! Give yourself a reason to renew […] 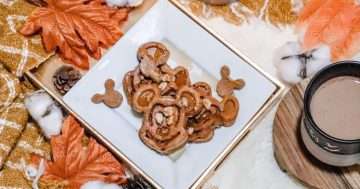 Anyone Can Cook Pantry Checklist for Up and Coming Baking Superstars
FastPasses at Walt Disney World: A Quick Guide