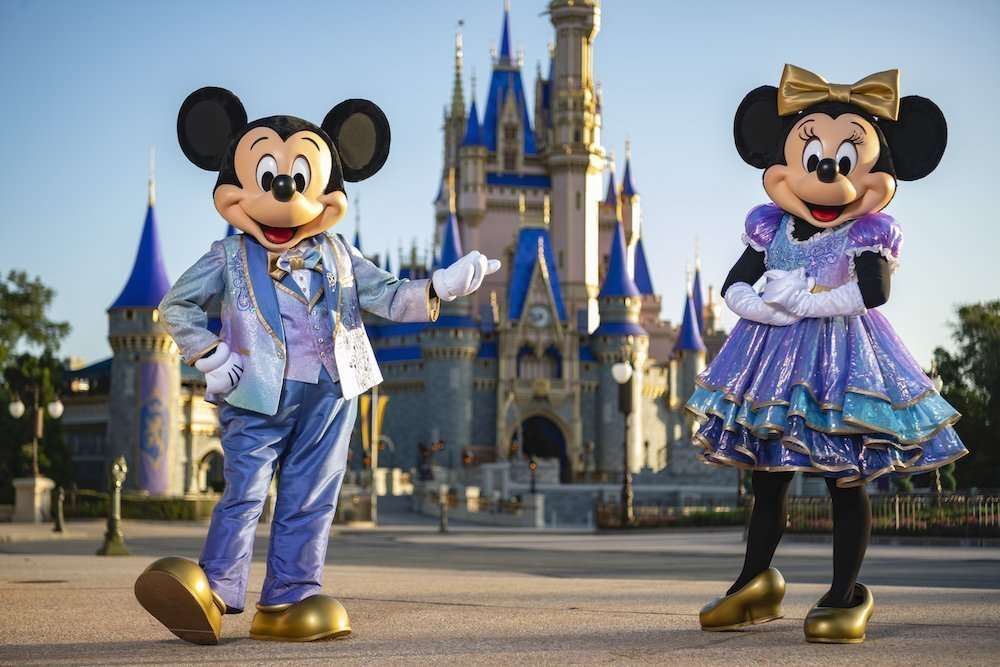 The Walt Disney World 50th Anniversary Changes by 2021 and 2022 are VAST! If you haven’t been to Walt Disney World in the last few years you are in for some big surprises! With changes in ALL 4 theme parks, and refurbished resorts, plus new services so much is changing! This includes things as big as new lands, and as small as new character meet and greets. Apart from all the planning now needed to make the most of your trip, you’ll also see new Disney Rides, Disney Restaurants, Shows and Lands. Plus, you’ll also see some of your favorite things retire. We’re covering ALL the new things coming to Walt Disney World and all the things that have been cancelled in each park. 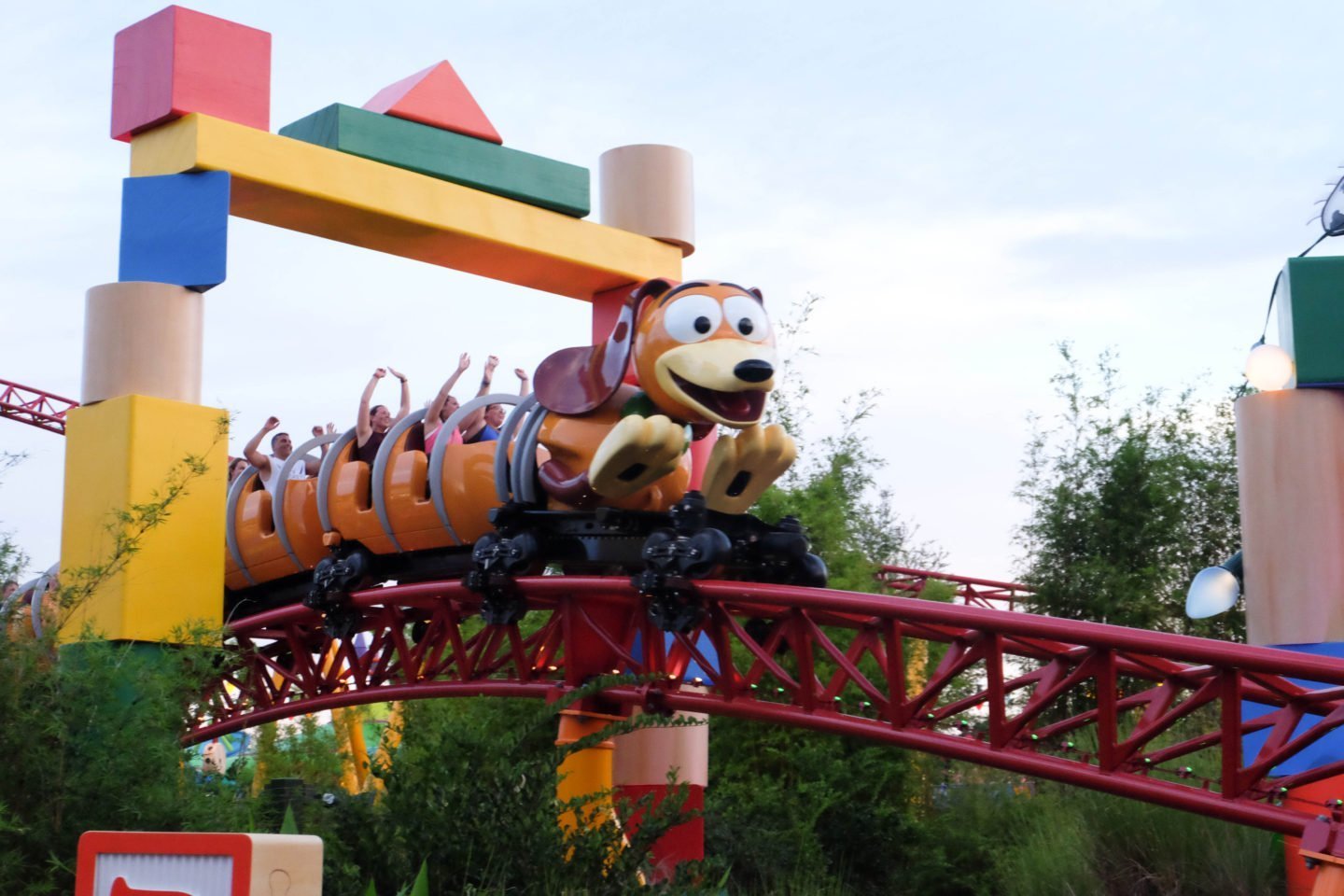 We’ve been keeping track of all the changes in the works to complete at Walt Disney World by 2021. With the changes at Disney During the Pandemic there are a few things to be aware of up front. Obviously, we don’t know if the pandemic will be “over” by the time the 50th Anniversary arrives, so we’ll share what we know so far!

Have Disney World 50th Anniversary Plans Changed due to the Pandemic?

If you’re planning to visit Walt Disney World in 2021 there are many things that have changed. From a shorter dining reservation window, to the temporary suspension of fastpasses, and the required Disney Park Pass Reservations be sure to check out all the ways Planning for a Disney Vacation in 2021 is Different.

And then of course there is the larger question of Should you Visit Walt Disney World During the Pandemic?  In this post we’re sharing 13 questions you can ask yourself to see if visiting Walt Disney World in 2021 is a good idea for you. Thankfully, since the 50th Anniversary celebrations will most likely run through all of 2022 or longer, you have plenty of time to experience this once in a lifetime event.

And if you want to know how your Disney Vacation is Affected by the COVID Pandemic in Florida, read about all the Changes at Walt Disney World in place from now until September 26, 2021, including all the UPDATED Disney Face Mask Rules.

When does the 50th Anniversary at Walt Disney World Start?

With Walt Disney World making significant changes every year to meet demand and continue challenging Universal Studios, even more changes have arrived in preparation of the 50th Anniversary of Walt Disney World in 2021. Here’s everything you can expect for The Most Magical Celebration on Earth in 2021.

We’re breaking this down by park, in list style. Hopefully this will give you a good idea of EVERYTHING happening at all 4 Disney Parks, Resorts and property-wide. This includes the construction that is most recent, replacement rides, new restaurants and everything planned for Disney’s 50th Anniversary celebrations. This post is updated regularly and will reflect projects that have been affected by the 2020 closing of Walt Disney World.  Scroll the post for a list of items that are new ( and have recently retired) per park, the new logo, the new pink Cinderella Castle and everything you need to know.

Ok guys, we’ll be honest about this one. 2020 caused so many changes, and 2021 is still dragging along. So this is surely delaying some construction we’ve been waiting on. And as Disney crowds go if you’re aiming to visit anytime around October 1st, just plan on it being crowded. As a result,  we’re going to stick to some tried and true Disney Pro Tips on this one. We like visiting the times of year that are least crowded, least expensive and with the best weather. Read our post about the Cheapest and Most Expensive Times to visit Walt Disney World, to get a clearer picture.

Following the crowds and pricing history we’d say in 2022; January- February, the first week of March, the third week of September and mid October to the week before Thanksgiving. And in 2023 January and February are best. Any of these times in would probably be the best times to visit. Packages for 2022 won’t even release until Summer 2021, so you have plenty of time to think it over.

Along with all the changes in entertainment, rides, restaurants and services, we also get a new Logo and an Event Name. The anniversary happenings are called “The World’s Most Magical Celebration.” Complete with 50th Anniversary Disney Snacks, Merchandise, and temporary events across the parks. Much like we saw the Incredible Summer in 2018, we’d expect special events available for a limited time throughout the anniversary year. We’ll be sharing the Official Walt Disney World Plans in a separate post once they are announced. Check out everything happening at Disney World’s Most Magical Celebration.

Will Walt Disney World do anything special for the 50th Anniversary?

ALL FOUR THEME PARKS are getting updates! We share everything that’s on the way in each Disney Park as part of the 50 magical enhancements by the 50th below. Disney will also release special edition buttons, pins, merchandise, snacks, and more. 2021 marks the Anniversary of Walt Disney World as a whole, and Magic Kingdom Park, which officially opened back on October 1, 1971. The Contemporary Resort. Fort Wilderness Resort and Campgrounds and The Polynesian Resort and Villas are also celebrating their 50th anniversaries in 2021, so we’ll be sure to see specialty merchandise and something special for those resorts too.

Will Cinderella’s Castle Change for the Disney World 50th Anniversary?

YES! You can now see Cinderella’s Castle in all it’s Rose Gold glory! Cinderella’s Castle has ALWAYS gotten a face-lift for the Disney Anniversary Celebrations. And since this year marked the 70th Anniversary of Cinderella, the castle just got a new rose gold paint job! Complete with golden accents honoring the “Golden Anniversary” of 50 years. There has also been an additional permit filed for EVEN MORE Castle refurbishments so we may see something super special on the way for the anniversary.

The Disney World 50th anniversary, named The World’s Most Magical Celebration even gets a NEW Logo filled with sparkles alongside strong purple, blue and pink hues no doubt honoring some of the more recent color trends at Disney. Imagination pink, Purple potion, and Unicorn colors have been merchandise darlings this past year and are clearly represented in the new mood board for the 50th Anniversary Celebration. 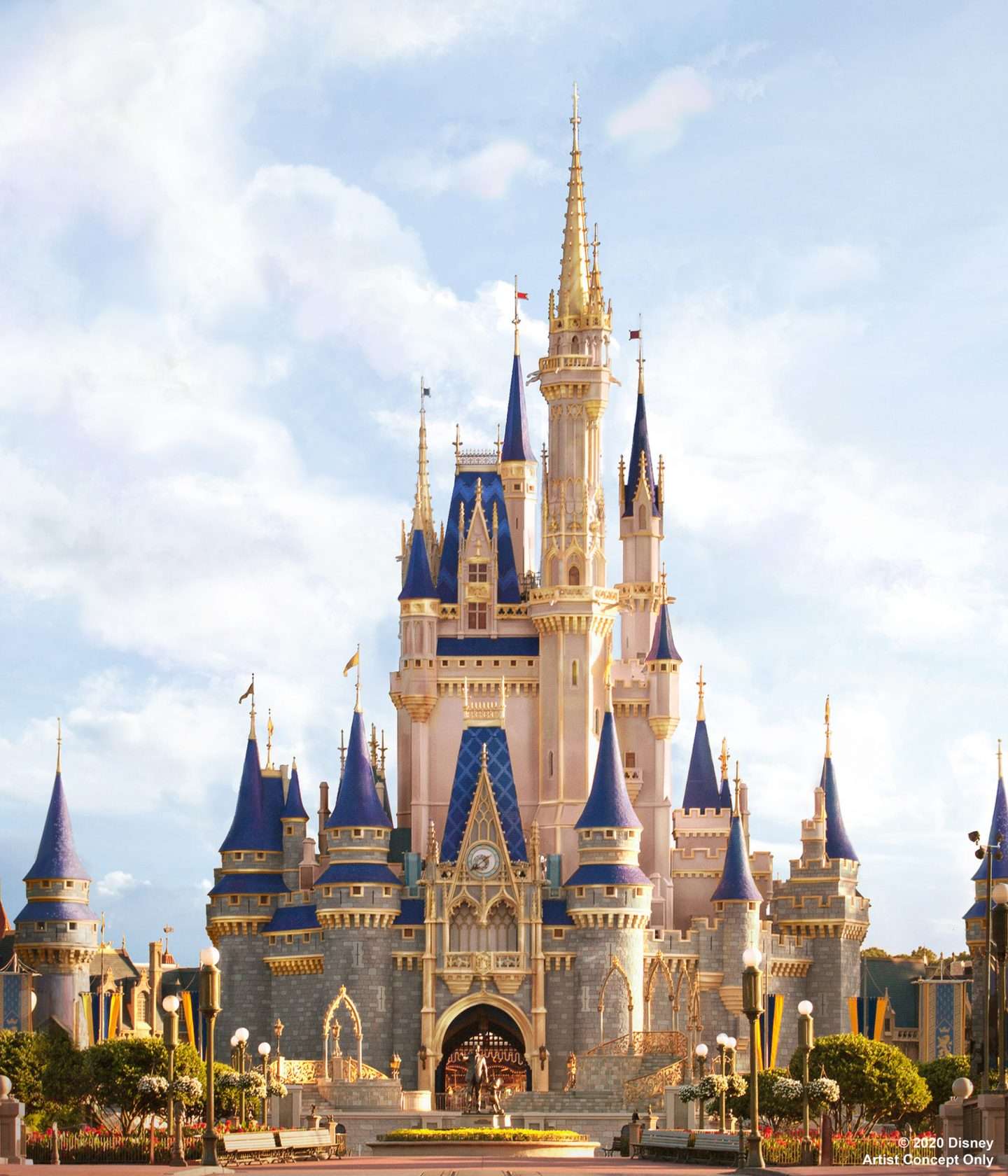 Changes Coming to Walt Disney World for the 50th Anniversary

As part of Disney’s 50 Magical enhancements before the 50th, we’ve been tracking all the comings and goings of rides, restaurants and shows at all 4 Walt Disney World parks, Disney Resort changes, and new services. Check out everything happening in our lists here. 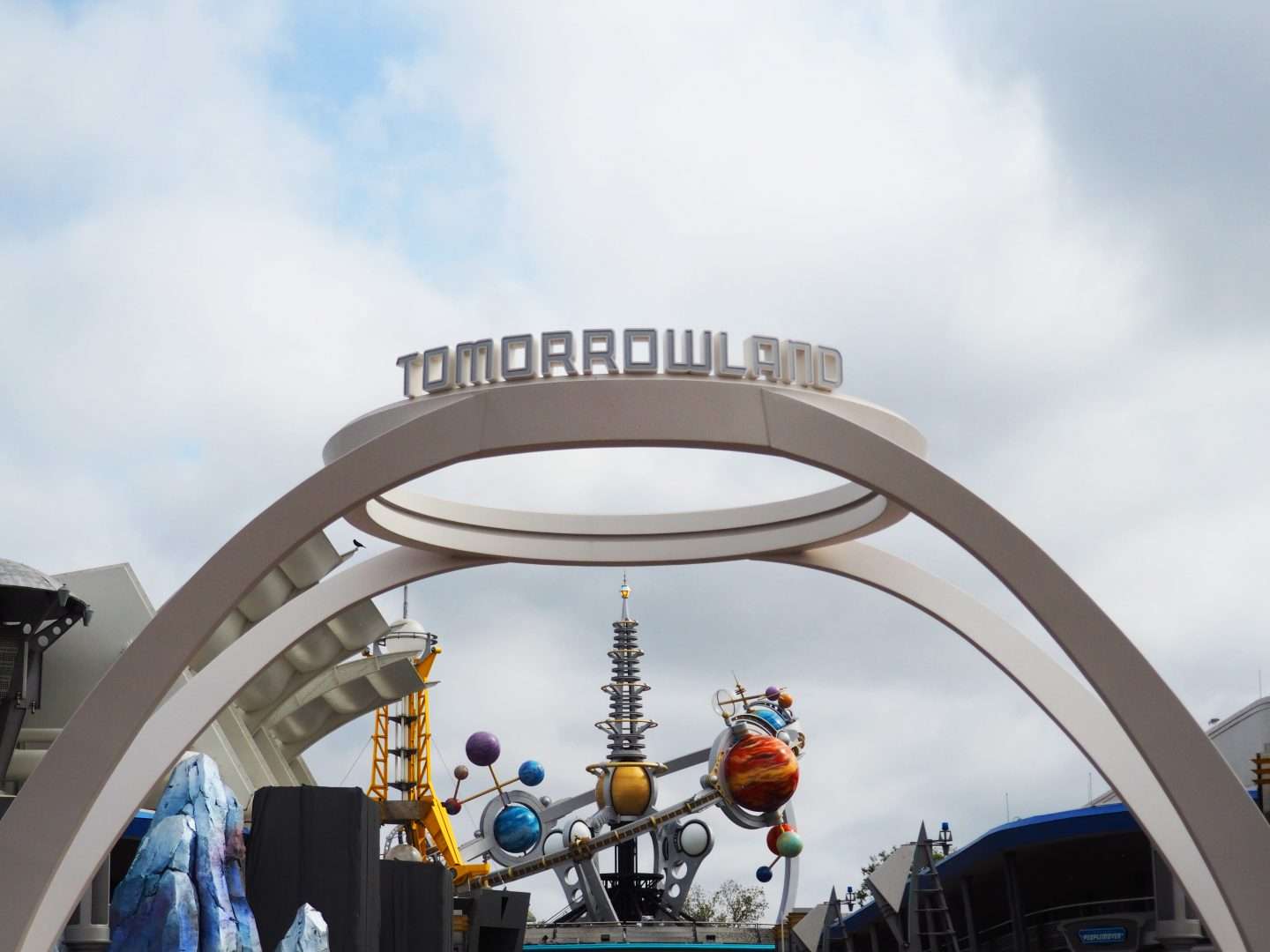 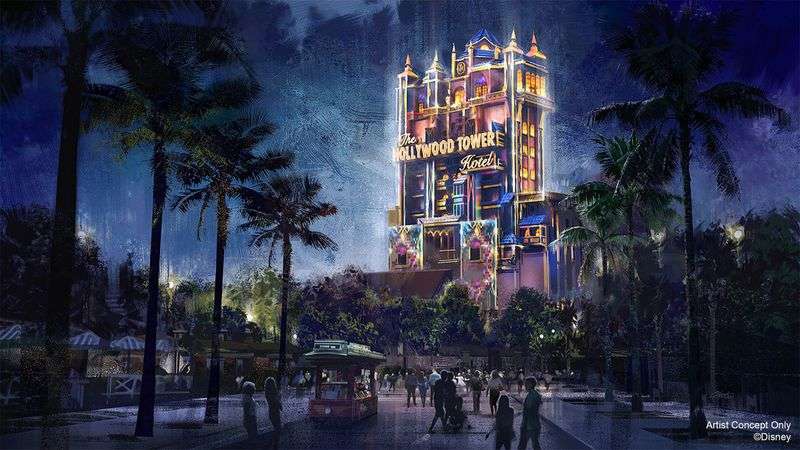 Walt Disney World’s 50th Anniversary at Hollywood Studios: “The iconic Hollywood Tower Hotel glitters with EARidescence, evoking the glimmer and shimmer of the golden age of imagination and adventure.” 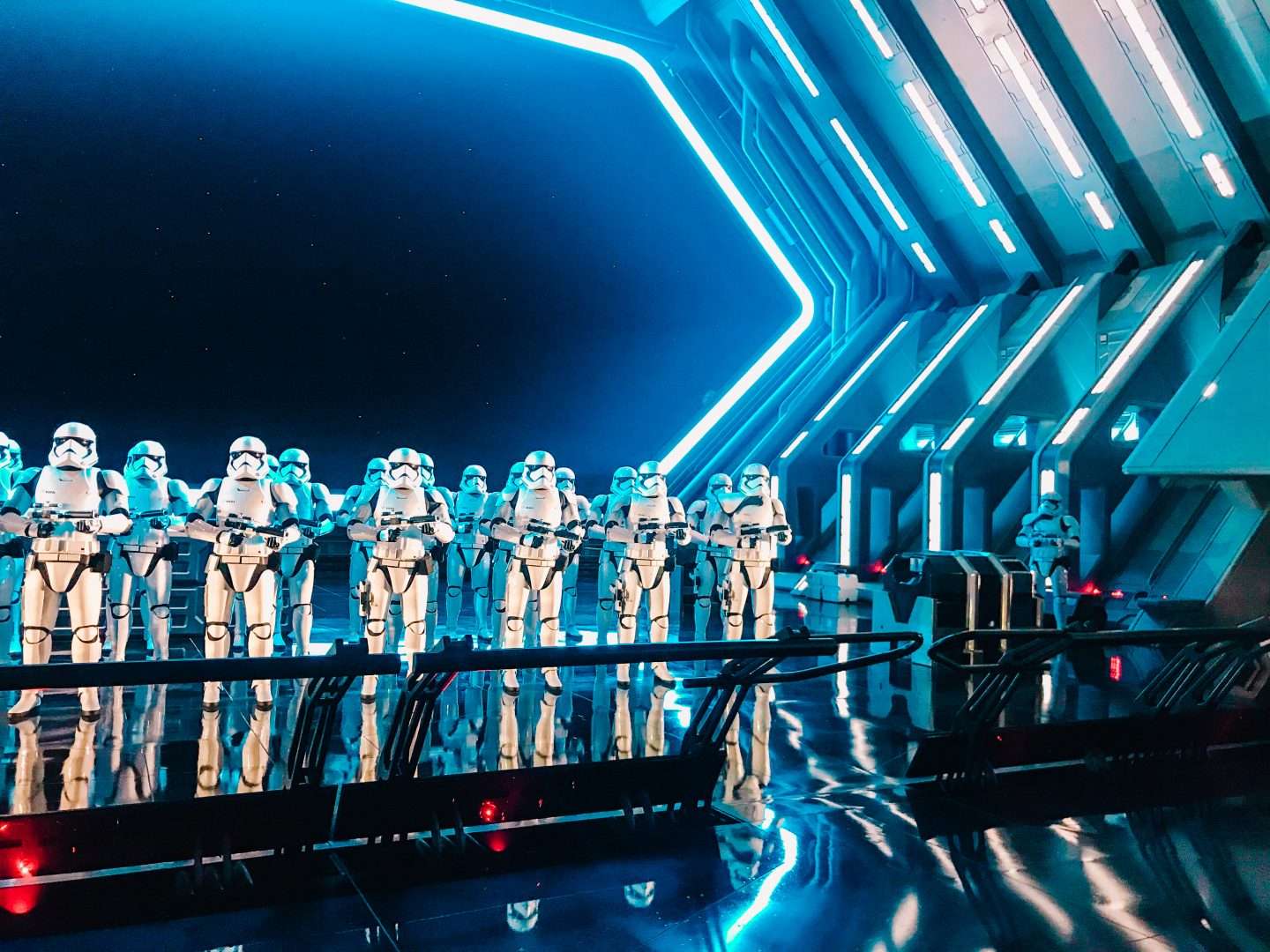 Epcot is getting a major overhaul. The biggest news to come out of the D23Expo 2019 was that Epcot would be transformed and demolish Innoventions West to create new spaces aligned with four new areas of the park; World Celebration, World Discovery World Nature and World Showcase. The new four sections of Epcot create experiences aligned to different universal themes. Read about the full changes to Epcot here. 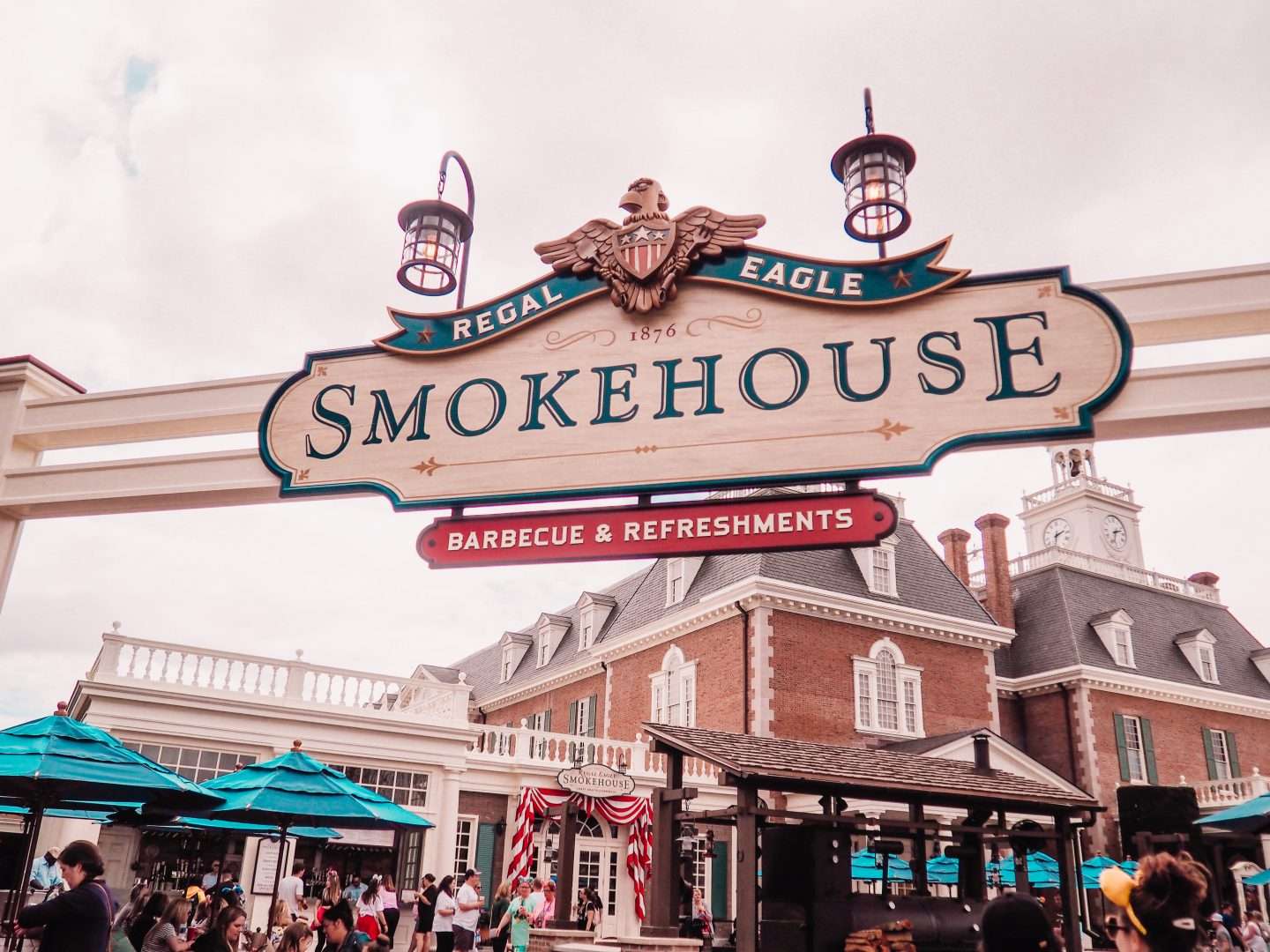 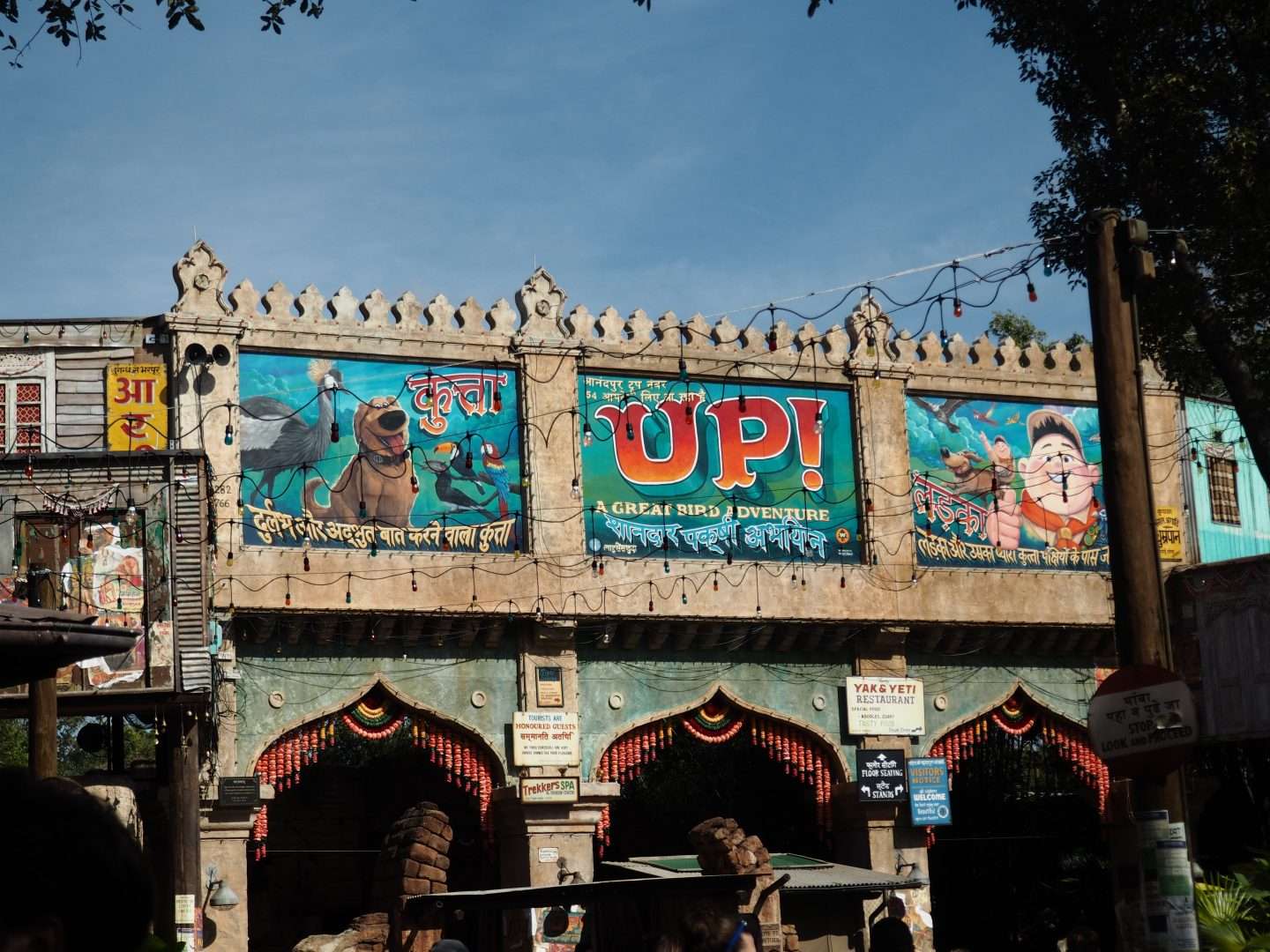 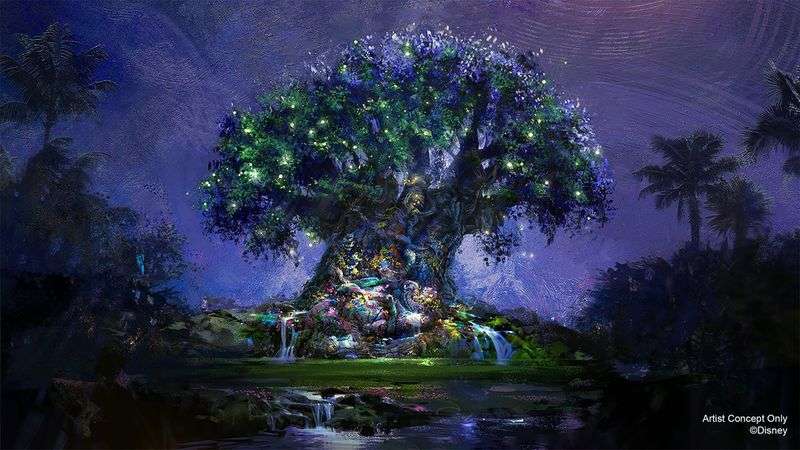 If you haven’t visited Pandora: World of Avatar at Animal Kingdom yet, know that this land’s popularity has ranked Animal Kingdom in the #2 most popular theme park spot, second to Magic Kingdom. Lots of people, lots of awesome, lots going on.

Walt Disney World’s 50th Anniversary at Animal Kingdom: “A warm and glorious light emanates from the Tree of Life, as enchanted fireflies gather to call forth the magic of nature.” 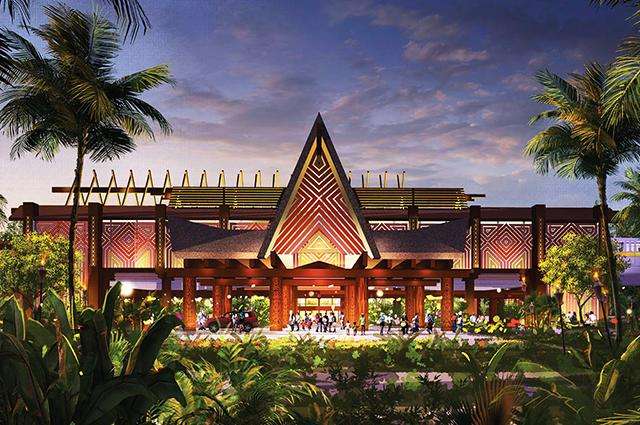 At all four parks Disney has done things to connect, make things easier and offer new experiences. The transportation efforts have been to offset huge crowd increases. See our 5 rules to keep from getting locked out if the parks it maximum capacity.

Now a fairly upscale shopping and restaurant experience Disney springs is continually adding amazing things to the non-park day experience. Disney Springs has been morphing ever since it stopped being Downtown Disney. We love that you don’t have to pay admission or have a ticket to the parks to enjoy Disney Springs. And that the Disney buses still bring you there! Here’s some of the new things.

If you haven’t been to Walt Disney World in the last few years you may not have gotten a chance to do your own DIY planning via the My Disney Experience app, have a go at fast pass booking ( p.s. its not on paper anymore), or experience the joy of magic bands! Here’s the big planning changes we’ve seen. And if you need a fresh look at how to do the whole planning thing check out our 12 step post.

Given the current climate and general delays due to the 2020 closing of Walt Disney World, we could hazard a guess that most of these will NOT be completed by the 2021.

To see all the main upcoming changes see Disney’s website here. We’ll be sharing all the new things as they pop up so stay tuned! If you’re interested in some of the changes over at Disneyland, check out the Disneyland section of our blog.

If you got questions, reach out! A lot is happening! 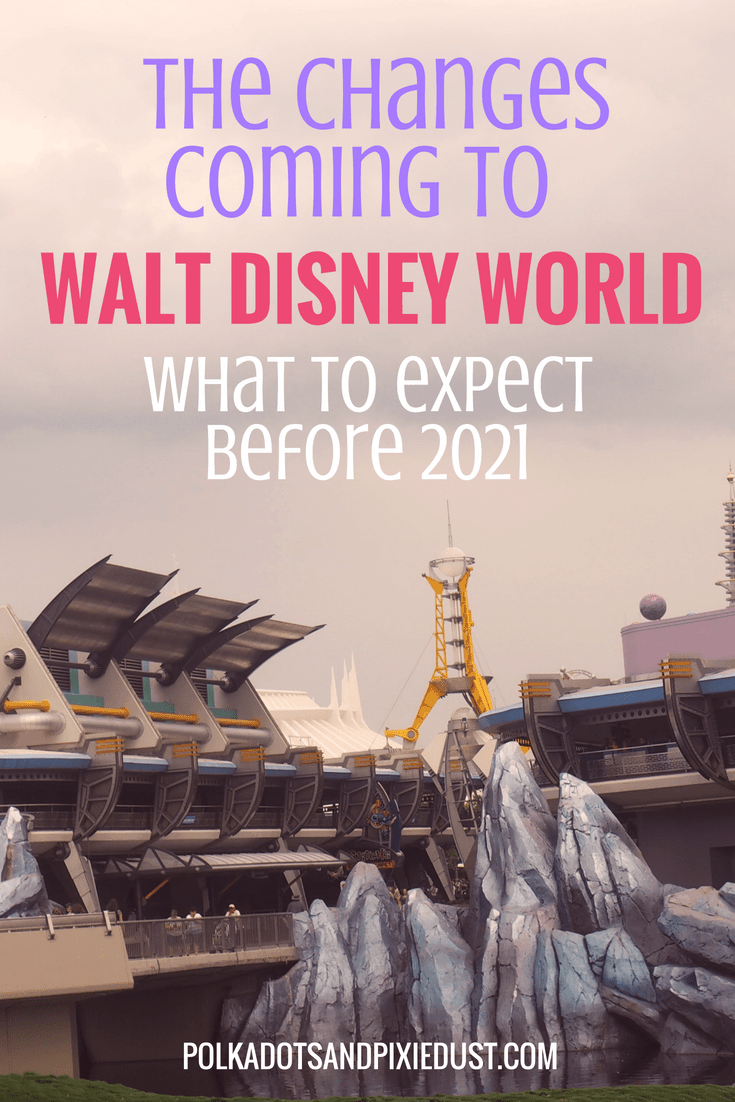 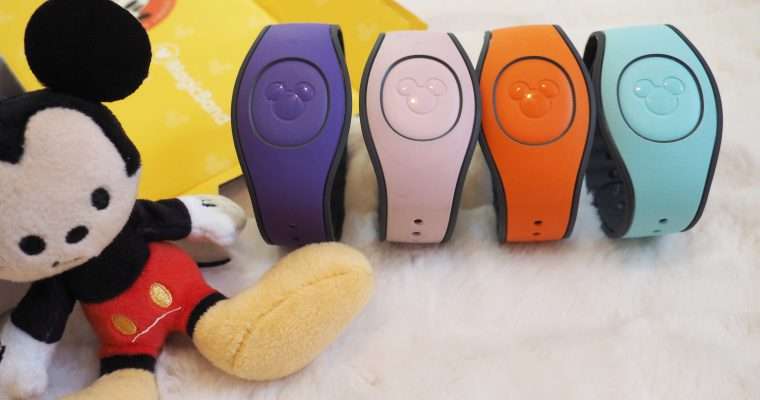 What is Replacing Disney MagicBands and Why

Disney MagicBands will no longer be given to Disney guests for vacations beginning Jan 1st, 2021. So does this mean MagicBands are actually going away? What is replacing Disney MagicBands? As one of our favorite Free Disney souvenirs we’re sharing the future of MagicBands at […]

Planning a Disney Vacation for 2021 is going to look VERY DIFFERENT than we’re all used to. And if you’re visiting Walt Disney World in 2020 these changes affect you too!!! With the limited capacity in the parks, the Park Pass Reservation system and canceled […]