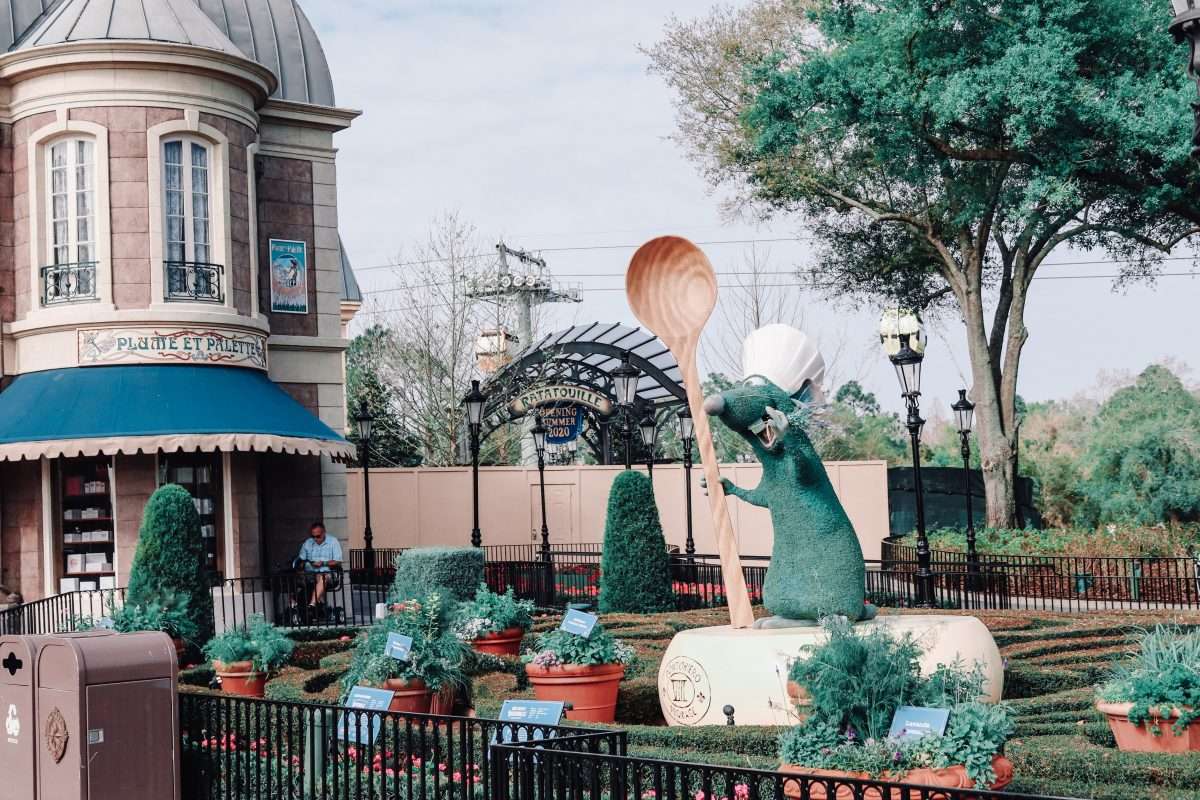 Walt Disney World Construction Projects were halted during the closing. Which means we’ll likely see some changes as Walt Disney World regains it’s footing. As a result, we just had to do a roundup of what we know so far. Especially since recent events have us Oh So Curious as to the Future of Walt Disney World after this 2020 closure. Will Tron still be opening at Magic Kingdom in time for the 50th Anniversary? What construction projects may be scrapped? Here’s a roundup of plans so far.

To be clear All Walt Disney World construction was stopped when the parks closed. This will, of course, create significant timeline adjustment. And probably require a new priority list regarding what NEEDS to open by the 50th Anniversary in 2021 versus what can wait. You can check out all the projects that were pretty close to completion in this list and that we figure will begin to wrap up this year.

Very, very close to being completed, the Space 220 restaurant was on the verge of opening right before the parks closed and had planned to open in April. Having been delayed from a 2019 opening, this one is surely mostly complete by the end of 2020.  The latest estimates we’ve seen so far is March 2021. You can access this restaurant near the Mission Space attraction in Future World, and you can find this restaurant in the My Disney Experience app too. Fingers crossed this restaurant is ready for lift off soon!

Also very close to completion, Remy’s Ratatouille Adventure had all the finishing touches happening when we were at Epcot in March. This ride will most likely still be open this year.

Not so much depending on physical construction, this show has been in production for a while. And we don’t see any reason it wouldn’t be on schedule to replace Epcot Forever sometime this year.

Pretty much just a fresh coat of paint, the castle will most likely be a top priority for the 50th Anniversary celebrations and be completed soon after the park re-opens.

This previously forgotten walkway between the Grand Floridan and Magic Kingdom is finally getting some love. This project already had some significant work being done this March. So much so that we anticipate this will still get completed this year. With runDisney slowly overtaking things at the parks, this path would provide yet another place for runners. And an alternative transportation option for the crowded buses and monorail resorts.

Believe it or not Reflections and the new Princess and the Frog restaurant are a GO! Being built on the site of the previous River Country water park, Disney reportedly filed tons a new permits to continue in a mad dash towards completion goals. BUT…. it is rumored that this project may be off the docket for the immediate future, so don’t hold your breath on this one yet. Stay tuned.

Tron is by far the headliner attraction for the 50th Anniversary of Walt Disney World. Construction has been on task and it’s too big of a footprint in Magic Kingdom to be abandoned at this point. This coaster will continue as planned and complete on schedule.

Another important ride previously announced at D23, Cosmic Rewind is combining a 360 technology and backwards experience that Disney wants seen. This will also be a priority in regards to construction completion.

If Hollywood Studios didn’t need a family restaurant so badly, we’d be putting this one on the “May Not Happen” List. BUT, the uproar around Woody’s Lunch Box offering only outdoor seating and those hard to get reservations at Oga’s Cantina leaves limited dining experiences for families visiting Hollywood Studios. That said, Woody’s Roundup Rodeo BBQ will most likely still be a priority.

While the Galactic Cruiser Resort will be almost necessary to bolster the Galaxy’s Edge experience, the immersion hotel itself may be slightly delayed.  But not by much. Previously slated to start taking reservations by the end of 2020, we imagine this will still happen. If nothing else, simply to keep the media and Star Wars fans happy. Thankfully since this is a smaller hotel, with an anticipated fan base prepared to book it solid, completion of this resort will most likely be top priority.

Splash Mountain is Being Re-themed as Princess and the Frog

News shared on Disney Parks Blog in June confirmed that Princess and the Frog is coming to Magic Kingdom ! This comes as a result of conversations around providing a more relevant experience guests, and more appropriately sharing the amazing and beautiful elements of the southern culture. Since Princess and the Frog is one of our FAVORITE movies, we are super excited for this new experience. 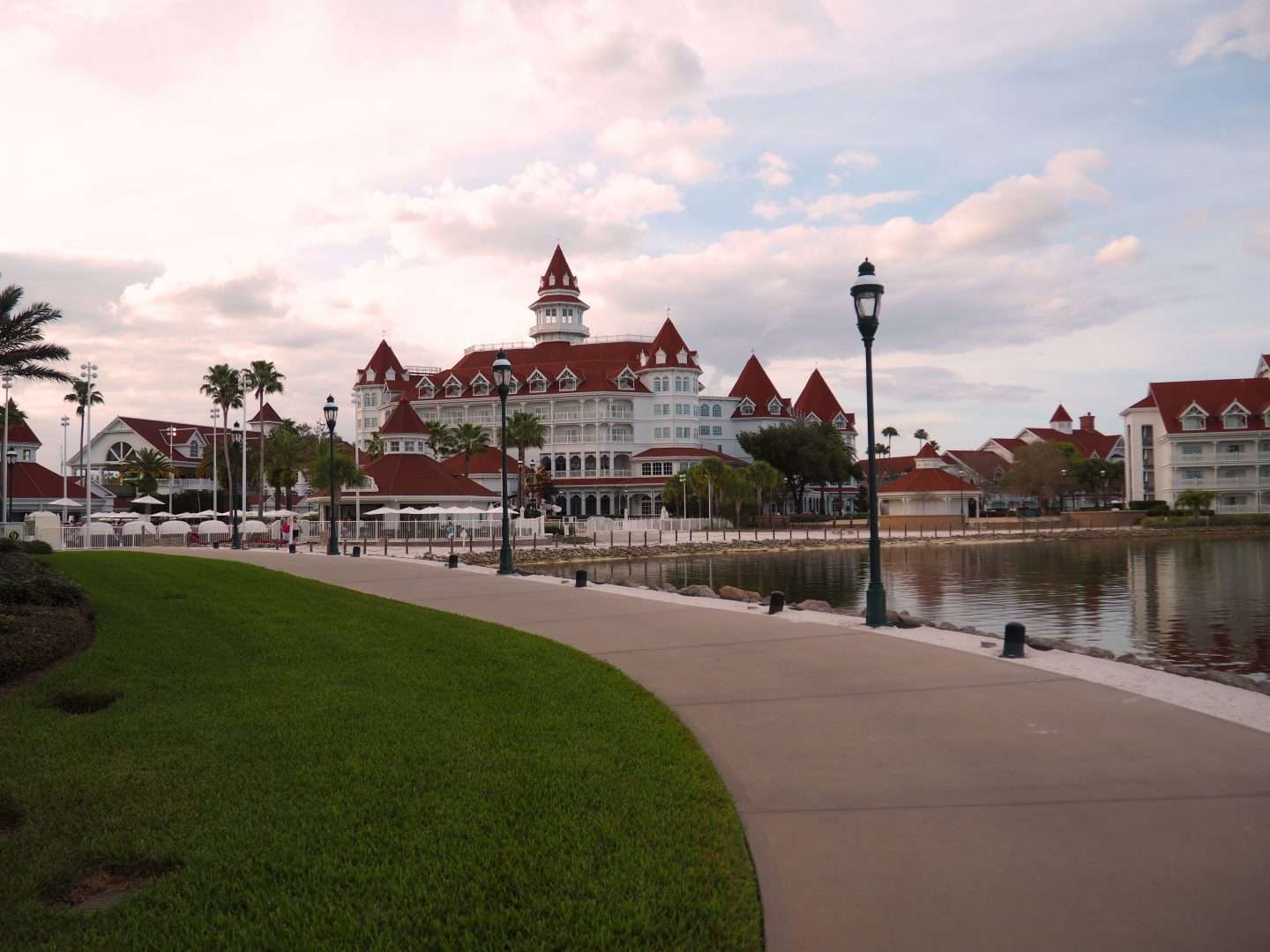 Here is a roundup of the rumors around town regarding Walt Disney World construction. If we hear confirmations or denials on any of this we’ll update this post ASAP.

While still definitely in the plan as part of Epcot’s overall transformation, this project may get downsized or cut completely as Epcot continues to be torn up. While a cohesive green-space is the plan for Epcot we could see many of the called out spaces, featuring 4 new neighborhoods, affected. The previously shared time frame for this attraction is volatile at best and we do not expect a 2021 opening date.

This central, tall, white tree house type building, complete with roof garden, may also be on the “maybe list.” At least for the immediate future as other higher profile projects complete.

All the rage at D23, the new “Mary Poppins Attraction” in Epcot UK had absolutely NO construction started when we visited in March 2020.  This one may be delayed or cancelled completely.

The Spaceship Earth Refurbishment was supposed to take 2 years, reopening for Epcot’s 45th Anniversary in 2022. It officially closed with the parks ( previously slated for May 26, 2020.) But will be reopening when the parks open this year. Even now, we don’t know that this ride improvement will take priority over other higher profile projects. The essential work here was to string a story light ( lots and lots of lights) throughout the ride. Then the light would glow and interact with your time machine as you moved along. While this may not be the only refurbishment element, it surely will be the most time consuming. Most likely delayed.

Still on the docket to get a refurbishment is the Gran Fiesta Tour featuring the Three Caballeros. Though it’s transformation into a Coco themed ride may once again get pushed back. Or cancelled. A low priority refurbishment, we still do expect to see something updated here by 2022.

The Play Pavilion in the Wonders of Life building at Epcot has been spoken of, but very little has been shared about any progress. This leads us to believe that either this will be a last-minute throw-all-the-fancy-arcade-elements-into-the-building and call it a day project. OR one that is thoughtfully complex. And given some time and secrecy on purpose. If it’s the former, then it may all be on schedule as planned by the end of the year. If the latter, plan for delays. As part of Epcot’s current “but, this is a good park for kids” initiative, this attraction will likely move forward at one point.

Things can change on a dime! So we’ll keep this post updated with news of the projects that get cut or if dates are shared for opening. In the meantime check out all the 50th Anniversary changes happening for 2021. 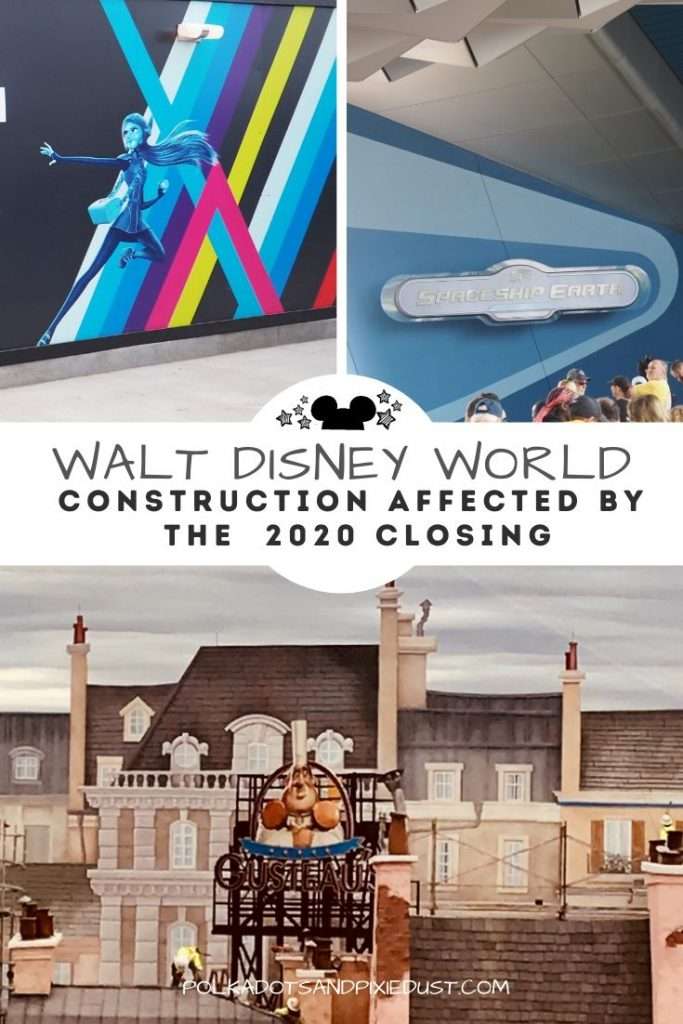 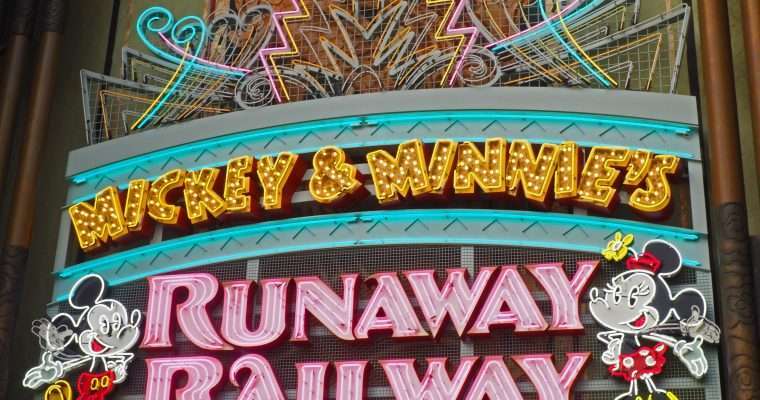 What’s New at Walt Disney World in 2020? New rides, restaurants, shows and services are arriving throughout the parks in preparation for the 50th anniversary in 2021. With all the changes that have happened and those soon coming, here’s everything you’ll need to know before […] 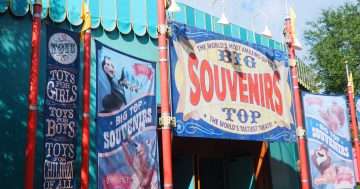 Planning a Disney vacation in 2020? Check out the Walt Disney World 2020 Calendar of Events. Here you’ll find all the holidays, and Disney events that may or may not affect your Disney Vacation Plans. If you’re traveling to Walt Disney World get ready for […]