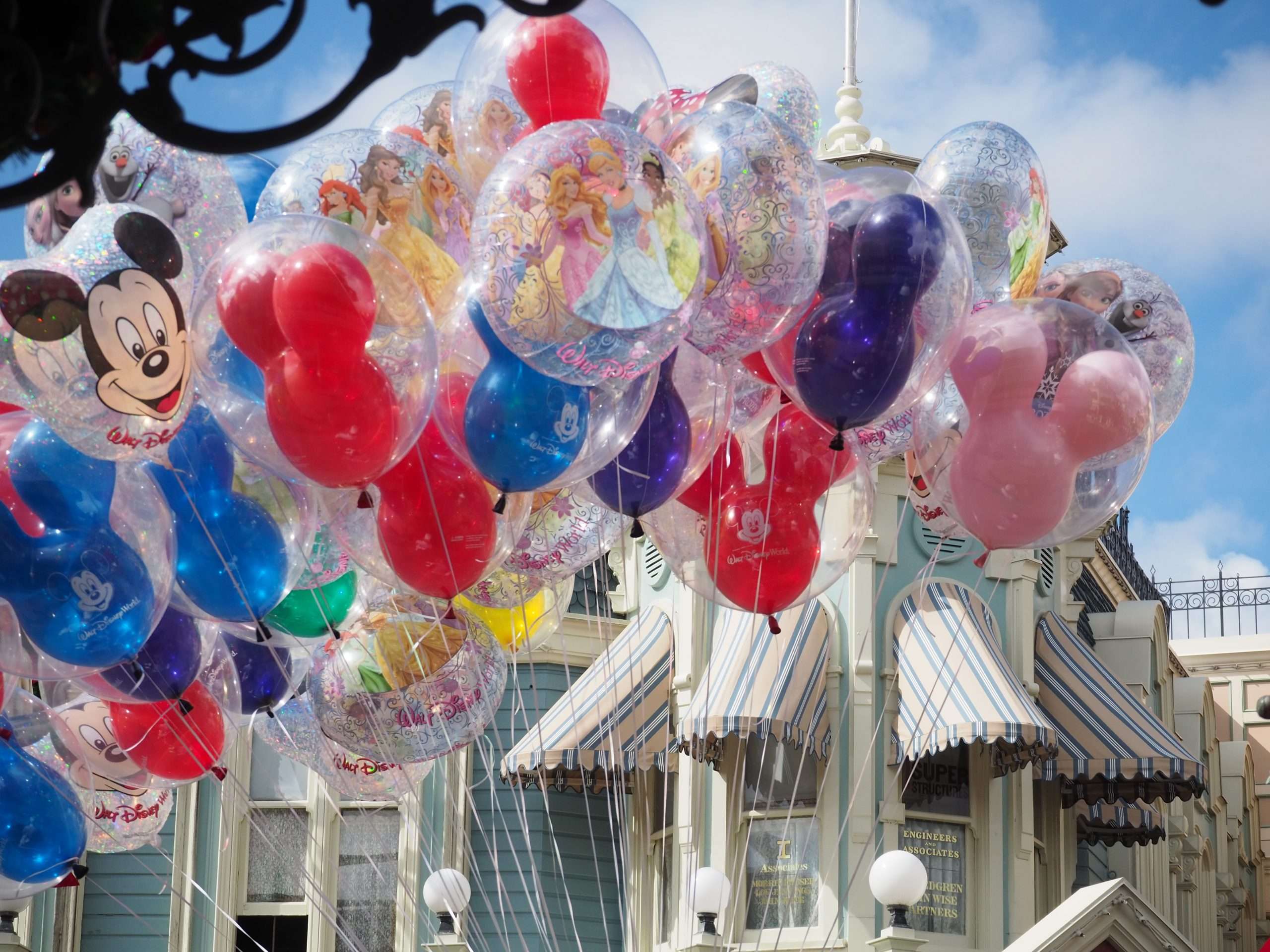 Fresh on the heels of the news that Universal Studios Orlando would be reducing their physical distancing requirements from 6-feet to 3-feet, Walt Disney World is following suit. Add in that Disney CEO, Bob Chapek shared more details in today’s earnings call and it sounds like many of these things will be changing fast. With increased demand in the Disney Parks and the pandemic beginning to slow, Walt Disney World has already made an effort to begin returning things to normal. For Walt Disney World the coming changes at the state and local levels are almost constant. With recent changes to self-service stations, temperature checks, and parking, this distance requirement is just another change on the docket, on the way back to normalcy. Here is the round-up of things changing at Walt Disney World.

“…today’s guidance that we got from the CDC in terms of those that were vaccinated do not necessarily need to wear masks anymore, both outdoors and indoors. Is very big news for us, particularly if anybody’s been in Florida in the middle of the summer with a mask on. That could be quite daunting. So we think that’s going to make for an even more pleasant experience and we believe that as we’re now bringing back a lot of people back to work, that it’s going to be an even bigger catalyst for growth in attendance, and we’ve been quite pleased to date.” – Bob Chapek

Effective immediately, in alignment with Orange County Mayor Jerry Demings’ three-phased plan, theme parks in Florida are allowed to change their six-foot distance requirements to three feet. For Walt Disney World, this means they are “allowed” to lift this requirement, but they will be doing so gradually. As physical distancing measures are reduced across the park guests, this comes with a few exceptions. Six-foot distancing measures are still in place and mean to continue in all restaurants and dining locations as well as all gift shops and retail.

One of the biggest things influenced by the physical distancing change is the ride queue lines. If you’re been in the parks at all this year or last you know that at six feet apart even the shortest lines weave through the park, affecting the flow of traffic and crowd perception. We don’t know how long three-foot distancing will be in place but for the time being this change will help the parks handle increased capacity.

What is Capacity at Walt Disney World during COVID? So, how will these capacity limits affect your vacation? Remember that capacity will be very controlled via the Disney Parks Pass system Reservation app. This is in place until at least 2023. You must have both a ticket and a reservation to get into the parks. Resort guests will not have guaranteed entry to the parks. Everyone will need both a ticket and a reservation. Knowing this capacity is helpful, but in real life, won’t matter if you haven’t gotten the ticket and reservation. Disney CEO Bob Chapek, announced in MAy 2021 that Walt Disney World is increasing capacity slowly up from 35%. Shown below are the percentage caps in each Disney Park.

At 35% capacity levels, the number of people for each Disney Park is as follows.

At 50% capacity, the number of people for each Disney Park is as follows.

At 75% capacity, the number of people for each Disney Park is as follows.

Why does Disney Still Feel So Crowded at Reduced Capacity?

We’re gonna be honest here. At 35% capacity, it FEELS CROWDED! Like really crowded. While we don’t have exact answers on this one we can give you some musings on why we think it feels crowded. As a disclaimer, we’ve been going to Walt Disney World annually since 2013 and have been out-of-state Annual Passholders for a bulk of that time, so we’ve seen it ebb and flow. That said, we’re going to break this down with a ton of guesses! Enjoy!

Have you ever experienced Disney at Full Capacity? While many Disney Vacationers can often feel the weight of the crowds, unless you have been there on Christmas Day you probably have never felt it at Full Capacity. So who’s to say that you haven’t been experiencing Disney all this time at 60% capacity, and now 35% feels like too much?

Many Things are Still Closed

BEFORE, many guests could be found spending time in restaurants, the gift shops, and all their favorite rides. NOW, some restaurants aren’t even open and for restaurants still, open there is limited seating and limited hours. Some rides also aren’t open or have limited capacity, so fewer people are on rides. Character Meet and Greets aren’t even happening, so those 30 people that used to be in line to see Cinderella, are now out in the midway, searching for their next thing to do. Or crowding the sidewalk for the next Character Cavalcade.  Gift Shops now have six-foot distancing requirements and more staff than ever monitoring this. So what used to be a lovely browse is now a game of frogger trying to find that jersey and get the heck out of there.

Shorter hours and loss of magic hours, both in the morning and evenings can be contributing. Each park’s hours are up in the air almost daily. And without anchor events like the fireworks, parades, or parties to pull in crowds only at certain times, the “general crowds” are happening all throughout the day making things feel generally congested.

FEWER SPACES ARE OPEN. Much like we see at random Magic Kingdom parties there when spaces get closed in the park, people all gravitate towards the same areas. So you will naturally see more crowds. For example, Magic Kingdom’s Big Top Souvenir’s was closed when we went last, this pulls huge family crowds away from the Dumbo section of the park and into other sections instead. In EPCOT, Future World is still under construction- so entire spaces are literally taken away from the previously large park footprint, forcing guests into areas that are open.

Lines at Walt Disney World still include 3-foot distancing. As a result, gone are the days of smashing together inside the It’s a Small World Ride. Now, lines fill quickly and spill over into the very visible midway areas. This gives the impression that there are crowds, when in fact you may just be seeing more people.

Buildings are NOT BEING USED like they used to. Remember the good old days when you’d head to the Land building for your Soarin’ FastPass, stop by Living with the Land and grab food at Sunshine Seasons so you could check out the cupcakes in the pastry case? Buildings even have stricter requirements regarding capacity, so your time in these spaces is hurried, pushing you back into the crowds.

You’re in a Smaller Park

Are you feeling crowded at Magic Kingdom and Hollywood Studios? As Walt Disney World’s SMALLEST Parks, they naturally fill up faster than the other parks. With substantially less stomping ground and rides that are off-limited due to their indoor nature, you will likely feel the crowds here first.

While the Disney Park Pass Reservations system is generally a good thing, people are hyper-aware now that getting into a park, potentially staying in the park, and making the most of their time at that park is necessary. Where previous Disney vacations may have included breaks at the resorts, or late mornings or early evenings, today’s park atmosphere is not filled with leisure. Previously long lunches, strolling with your coffee, or having a 20-minute break in an indoor experience like Philharmagic or Mickey Shorts Theater, don’t really feel safe, and some of these experiences aren’t available anyway. Many things are no longer part of the Disney Park experience- at least not right now.

You’re more “Aware” of the Crowds. While this may sound like a cop-out answer, we can’t tell you how much we felt the weight of the crowds when we last visited Walt Disney World. Between being aware of 3-foot distancing, trying to make sure our restaurant table was far enough away from others, and finding random corners to stop and take a drink, the day gets exhausting. And of course, making sure our hands didn’t touch anything, and saving bathroom stops for the ones we knew were less crowded definitely took its toll! While previous Disney Trips regularly included people bumping into us, strollers everywhere, and people smashed together in lines, everyone is avoiding these types of interactions.

Temperature Checks Have Been Removed

Walt Disney World has removed temperature checks in all locations across the parks, including in restaurants. This was a blanket change as a result of the recent state order.

Previously allowing cars to park only in every other space, cars parking in any of the Disney Parks parking lots are now able to park in every space, as directed.

Other Changes at Walt Disney World

In addition to all the recent changes, there is also a move across the park to return to normal.
Self-Service Drink Stations are now Open to Guests. Previously, only accessible via a cast member, Disney guests can now get fill and refill their refillable mugs at Disney Resorts. Character Dining returns May 18th at select Walt Disney WorldRestaurants; Chef Mickey’s at Disney’s Contemporary Resort, Cape May Café at Disney’s Beach Club Resorts, and Tusker House Restaurants at Disney’s Animal Kingdom.

With all the changes at Walt Disney World, be sure to keep an eye on the news, as it’s changing fast! And as a reminder, a Disney Park Pass Reservation is required in addition to a valid ticket to enter any Walt Disney World park. If you’re visiting Walt Disney World this year, be safe and have fun! 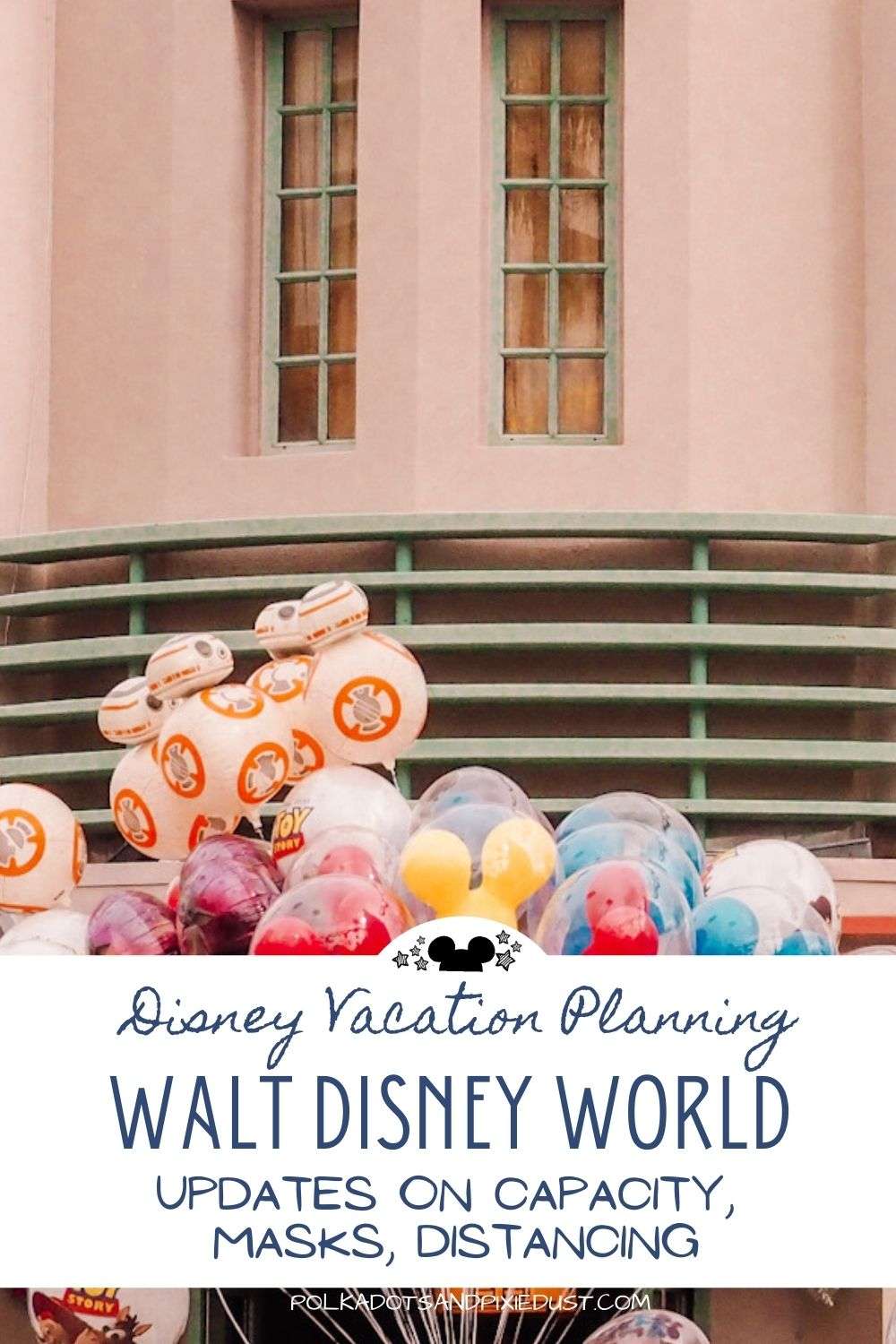