Thinking of a Disney Vacation in 2023? 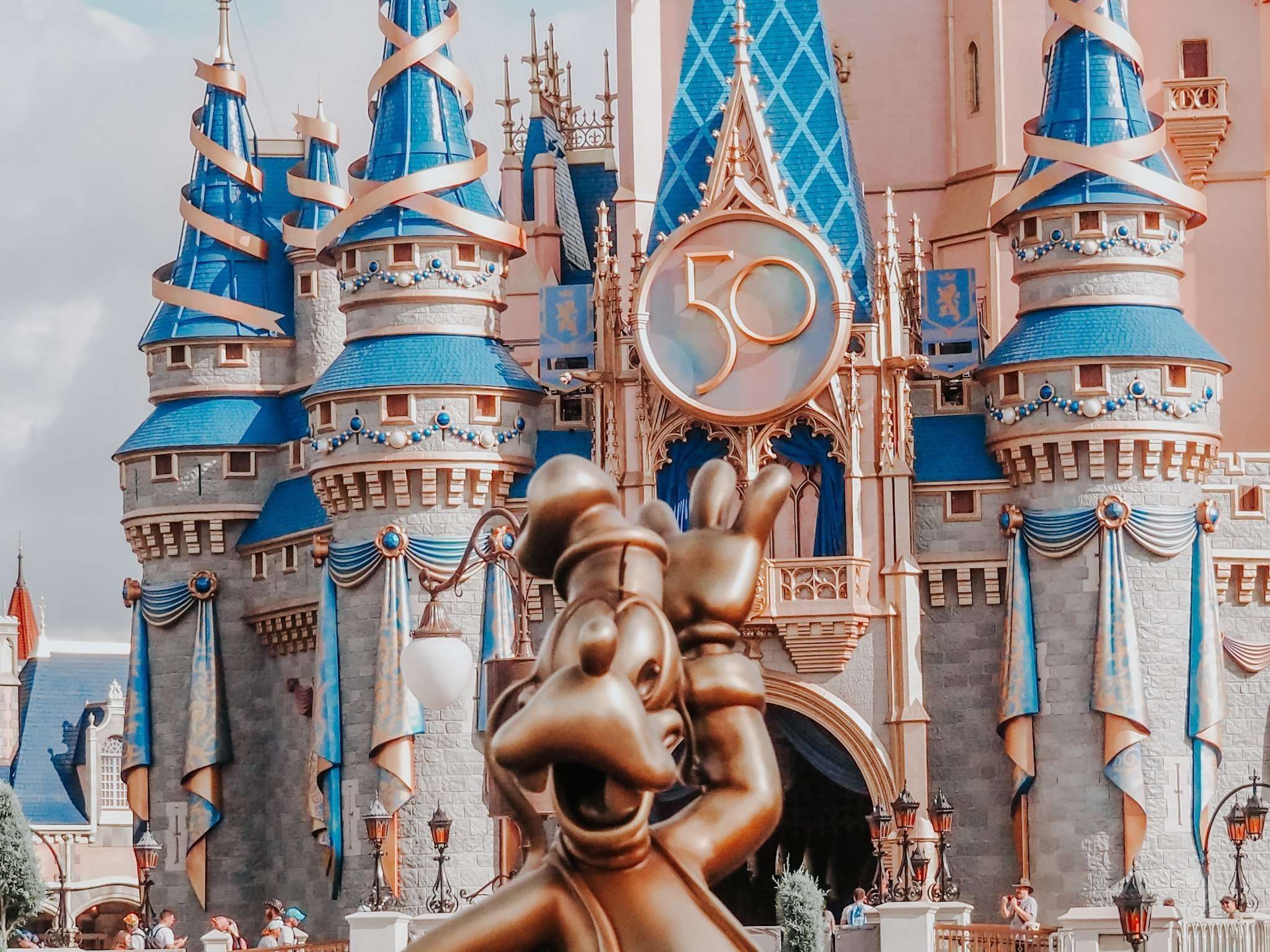 This upgraded MagicBand+ is available with interactive components, including lights and vibrations to help you connect even more with the magic in the parks. Still, including all the MagicBand functionality you need, this new version will be available for purchase on shopDisney.com, in the parks, and at a discounted rate when purchasing a Disney Vacation package.

If looking for a dining reservation, guests can now reserve their preferred restaurants 60 days before the first day of their vacation. Restaurants can be reserved for the length of stay as soon as the reservation window opens. Try to reserve the most hard-to-get restaurants, like Be Our Guest, and Topolino Terrace first.

2023 brings a whole new way to get to and from Walt Disney World. If arriving at the Orlando International Airport, you can book Mears Connect or Sunshine Flyer to transport you to Walt Disney World for a fee.  Alternatively, you can book a rental car, which will incur Disney Resort Parking Fees, or hire an Uber to get you to and from the resort, be prepared for this new expense. 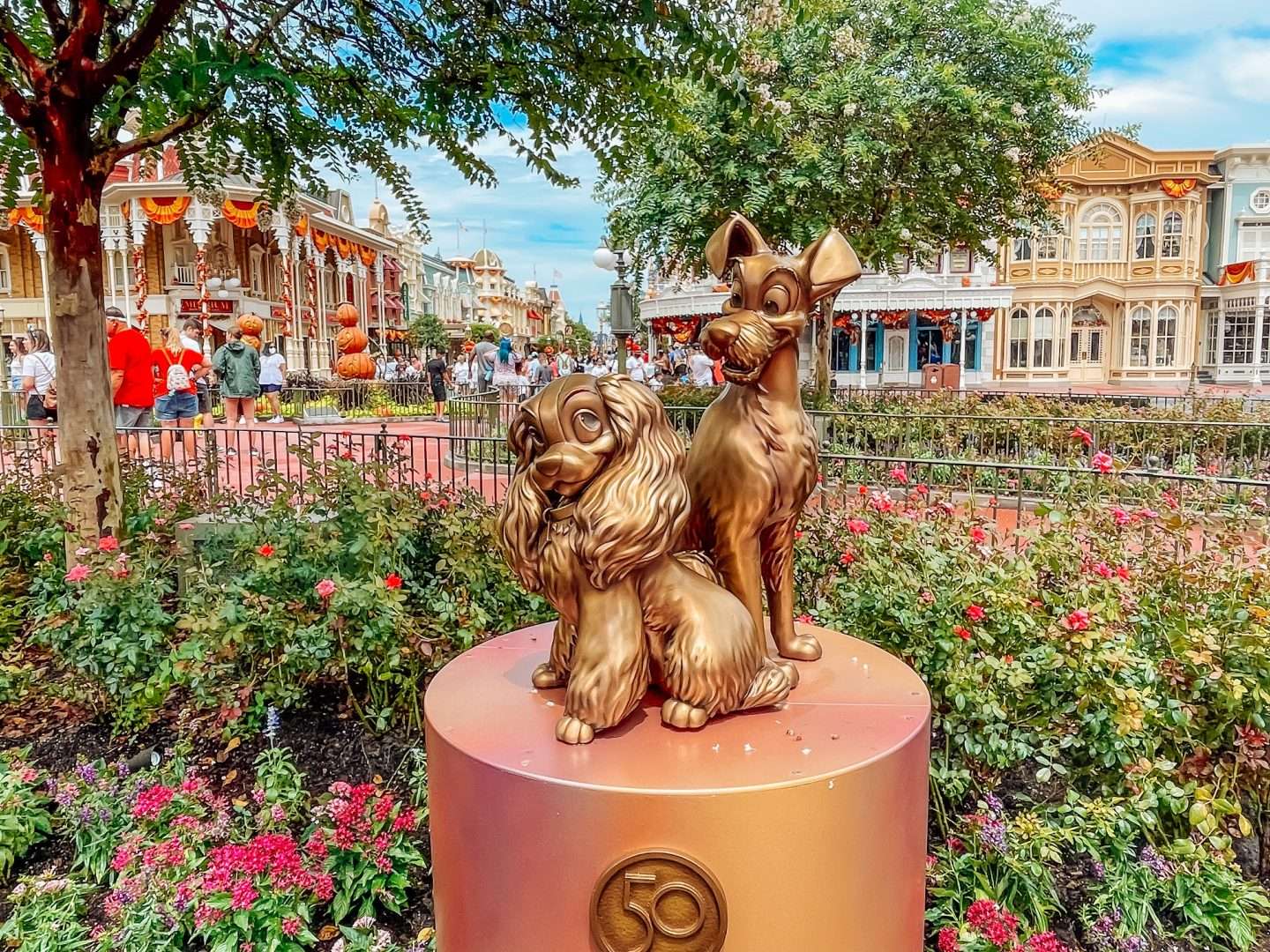 Walt Disney World’s 50h Anniversary Celebration continues through March 2023 and includes specialty merchandise, 50th Anniversary Snacks, special shows, cavalcades, new rides, restaurants, and more. 2023 is sure to be packed with guests, so read up on How to Handle the Crowds at Walt Disney World to go prepared.

Found across all four parks, these gilded gold statues feature 50 favorite Disney characters, stationed all over the parks. With 36 statues in total, as some Disney friends are paired, these statues are instant photo spots. These statues interact with the new MagicBand+ if you’re looking for extra fun. You can grab the MagicBand+ wristlet at the Disney Parks gift shops. Check out FAB 50 Disney Character Statues at Walt Disney World and Where to Find Them.

New Snacks for the 50th Anniversary of Walt Disney World

With 150 NEW Snacks at Walt Disney World Resort, you can find sweet treats, savory snacks, and new menu items inspired by Walt Disney himself. Check out all the New Snacks for Disney’s 50th Anniversary in all four parks for the World’s Most Magical Celebration.

New for the 50th Anniversary, the Enchantment Fireworks Show is a new nighttime spectacular at Magic Kingdom that lights up the sky and offers up a new song, pyrotechnics, and digital projects that crawl down Main Street USA. Shown nightly at Magic Kingdom through March 2023.

New to the World Showcase Lagoon at EPCOT, Harmonious is a new nighttime spectacular that combines songs, and shares cultures from around the world. Shown nightly at EPCOT through March 2023.

This rollercoaster in Magic Kingdom takes over Tomorrowland with twists and turns, as you ride on the back of your own LightCycle, amidst a winding track, filled with blue light.

Woody’s Roundup Rodeo BBQ is a table service restaurant coming to Toy Story Land is rodeo-themed with an American BBQ menu and can be found just inside Toy Story Land at Hollywood Studios. Featuring larger-than-life toys built from a Rodeo Playset, this small Wild West section of Toy Story Land sets the stage for Woody and Jesse to get involved in your next meal.

This new lush green space showcases water features, and magic as part of this tropical green space. Filled with trails, this area is NEW and offers a wonderful escape into the World Nature area of EPCOT.

CommuniCore Plaza is the hub for musical performances, both intimate and large scale that allows guests to fill the open garden spaces to watch. And Communicore Hall sits adjacent, offering up a flexible exhibition and gallery space, with a variety of opportunities to highlight art, live music, and food. This building will also house the demonstration kitchen for foodie festivals. This is also where you can find Mickey & Friends as a Disney Character meet and greet location. 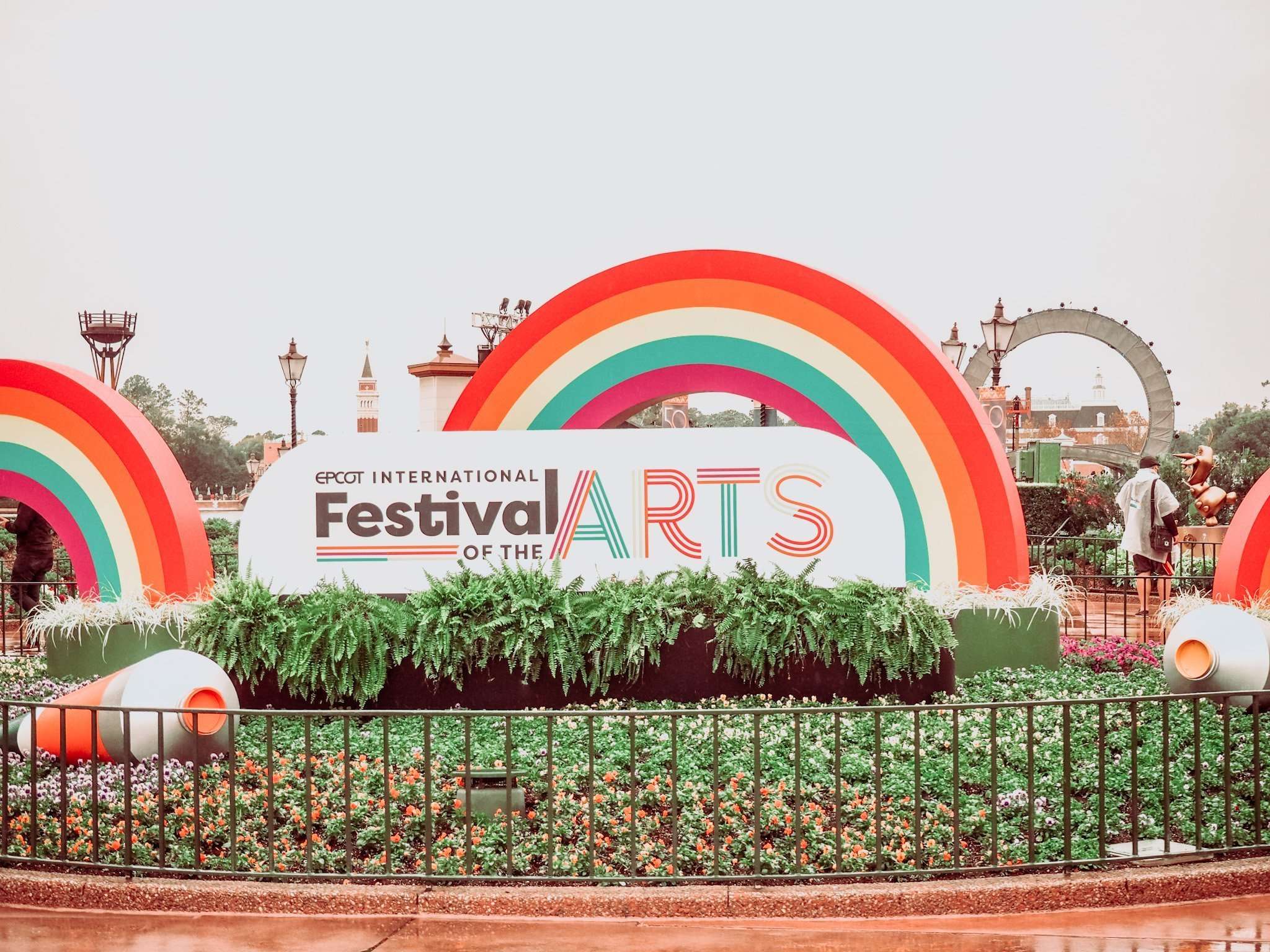 International Festival of the Arts

EPCOT’s International Festival of the Arts happens every winter at EPCOT park and includes a slew of artist galleries, food studios with specialty dishes, and performances.  The Festival of the Arts also includes the Wonderful Walk of Colorful Cuisine challenge. And for a little fun in the World Showcase, there is Figments Brush with the Masters Game. One of the best, and less crowded festivals of the year. If you’re a Disney art fan, this is a must-do.

The Flower and Garden Festival at EPCOT park features Disney character topiaries across the park, with fresh food dishes in each outdoor kitchen scattered throughout. As part of this event, there are performances, the Garden Graze challenge, and Spike the Bee’s Pollen-Nation Scavenger Hunt.

EPCOT’s International Food and Wine Festival feature cultural cuisine in each World Showcase country and across the park’s neighborhoods. As EPCOT’s most famous festival, this event includes a variety of new foods, brews, and wines to try each year. As well as performances, classes, and seminars, Remy’s Hide and Squeak Scavenger Hunt Game, and Emile’s Fromage Montage challenge.

Ringing in the season, the Festival of Holidays includes seasonal foods at kitchens across the park, featuring holiday flavors. As part of this festival, you can experience the Candlelight Processional, a reading of the Nativity Story. Decorations, the Cookie Stroll Challenge, and Olaf’s Holiday Tradition Expedition Game are also part of this festival’s events.

Mickey’s Not So Scary Halloween Party

If visiting in the fall months, Mickey’s Not-So-Scary Halloween Party at Magic Kingdom returns for select nights and requires an extra ticket. With the Boo To You Parade, Hocus Pocus Villain Spelltacular, and a new fireworks show, featuring Jack Skellington, there is plenty to see here! Check out our Guide to Mickey’s Not So Scary Halloween Party for all the details.

Walt Disney World in 2023 may just be one of the best years to visit! As construction projects begin to complete, there will be plenty to look forward to. We’ll be sharing more as news is released!

What’s new at Walt Disney World? Everything that’s happening from New services, to Disney news to changes at Disney Parks. 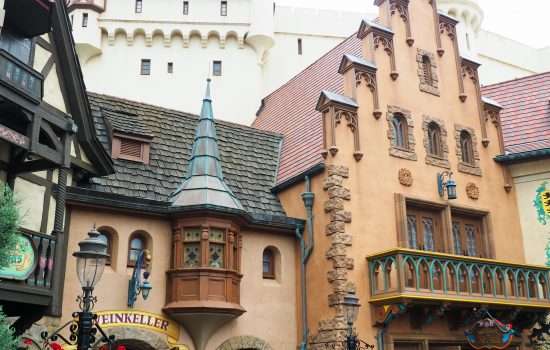 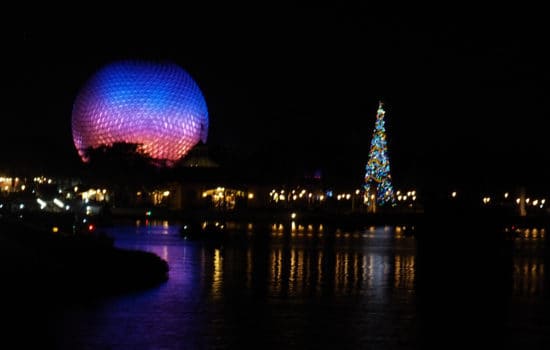 What’s New for the Festival of Holidays at Disney World? 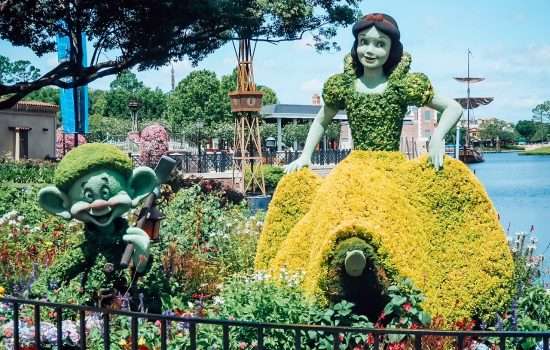 What’s New at the EPCOT Flower and Garden Festival 2023? 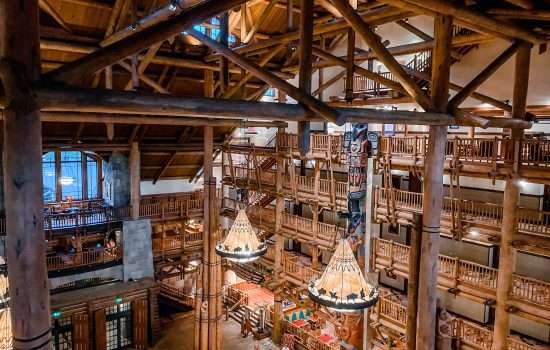 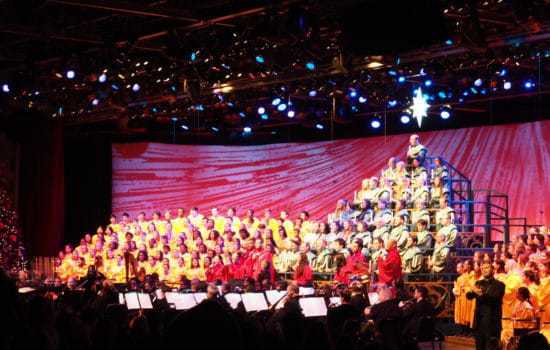 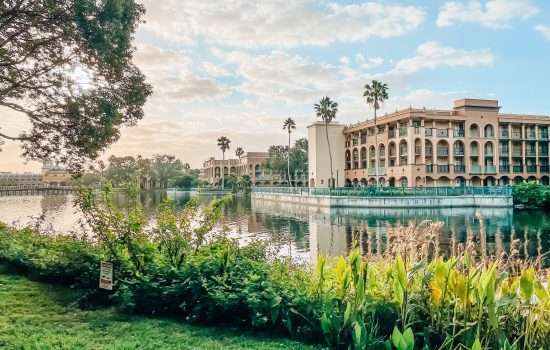