Disney You Are the Magic Lyrics Enchantment Fireworks Show 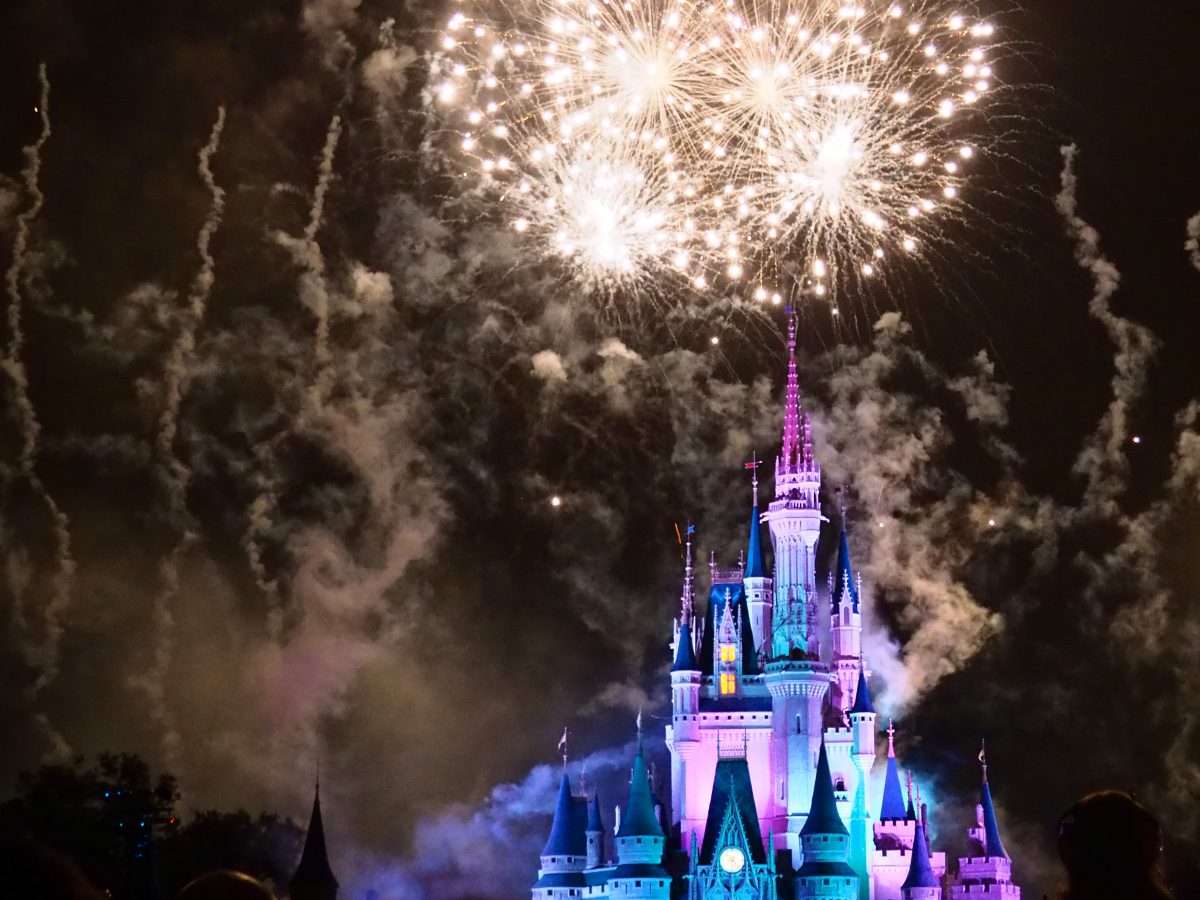 With the arrival of the 50th Anniversary is a brand-new fireworks show and nighttime spectacular at Walt Disney World. Enchantment at Magic Kingdom features lights, fireworks, pyrotechnics, and digital projections on Cinderella’s Castle and Main Street USA. Featuring Disney and Pixar film scenes and songs from both past and present, the Disney You are the Magic Lyrics show honors the magic in everyone. Here are all the lyrics, scenes, and songs that you will hear in Disney’s Enchantment Fireworks show. 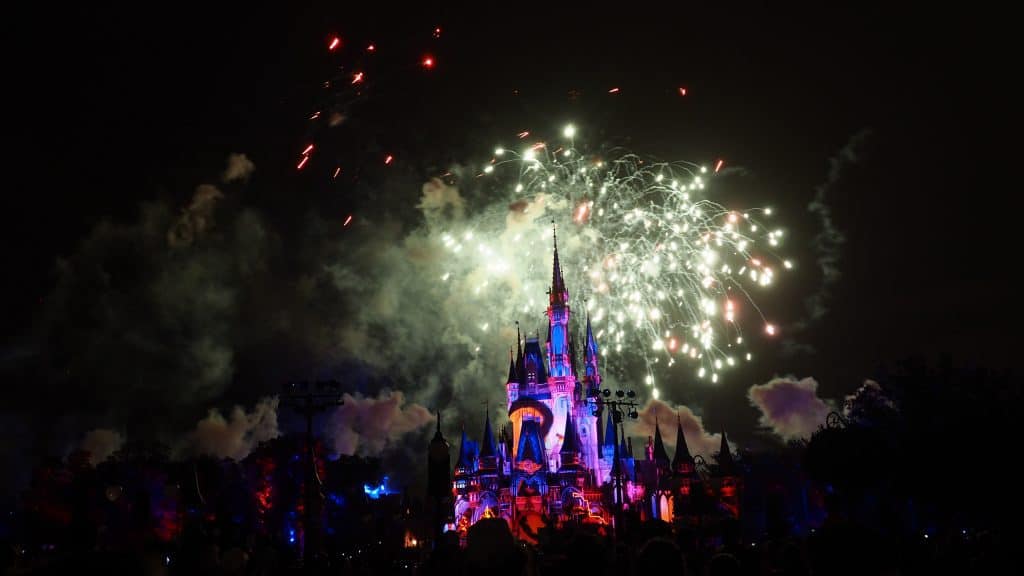 This new Disney fireworks show includes a brand-new song; with Disney You are the Magic Lyrics written and performed by Grammy award winner, Philip Lawrence. Beginning his career as a cast member at Walt Disney World, Phillip performed in Festival of the Lion King and Tarzan Rocks as part of his Disney cast member past. Winner of seven Grammy awards and recipient of 18 Grammy nominations, Phillip brings his legendary talents to this special 50th Anniversary fireworks show at Magic Kingdom Park. And since the 50th Anniversary Celebrations at Walt Disney World lasts through March 2023, this show will be around a while! His singing partner, Kayla Alvarez also has a bit of a Disney history, singing in Guardians of the Galaxy: Awesome Mix Live at EPCOT. She also brings street credit from her work in Rock of Ages. With powerhouse vocals, these two stars bring extra magic to Enchantment.

Check out this Disney video featuring Philip Lawrence, Kayla Alvarez and the orchestra in this behind-the-scenes look at the New Fireworks show. Even here you can see the power of the Disney You are the Magic Lyrics as shared by these singers.  And since fireworks show usually take about a year to compose and design the work, and effort that went into this Magic Kingdom evening spectacular is significant.

These Disney You are the Magic Lyrics encompass the power of magic and how Disney Parks help bring that out in everyone! We love that this new show features more recent and traditional Disney films to help connect Disney guests of all ages.

You Are The Magic

Good evening, tonight we gather in a most enchanted place, one overflowing with the magic of dreams come true. Those who venture here are filled with hope in search of this magic, feel inspired changed by what they discover. If you walk on this journey, you too may find what you seek and perhaps something even greater, so long as you believe

Almost There (The Princess and the Frog)

I remember someone told me,
fairytales can come true
But you gotta make ‘em happen
It all depends on you
This old town can slow you down
People taking the easy way
But I know exactly where I’m going
Getting closer and closer every day
And I’m almost there, almost there
People out here think I’m crazy
But I don’t care
trials and tribulations
I had my share
but I’ve climbed a mountain I crossed a river
and I’m almost there

Just Around the Riverbend (Pocahontas)- Instrumental

We Know the Way (Moana)

We read the wind and the sky when the sun is high
We sail the length of the seas on the ocean breeze
At night, we name every star
We know where we are
We know who we are, who we are
Aue, aue
Nuku I mua
Te manulele e tataki e
Aue, aue
Te fenua, te malie,
And when it’s time to find home
We know the way
Epiphany (Soul)- Instrumental

Be Our Guest (Beauty and the Beast)- Instrumental

Under the Sea (The Little Mermaid)- Instrumental

The Silly Song (Snow White and the Seven Dwarfs)- Instrumental

I’ve Got No Strings (Pinocchio) – Instrumental

You Can Fly (Peter Pan) – Instrumental

Into the Unknown (Frozen II)

Scenes: Zootopia, Aladdin, Brave, Inside Out, Coco, The Little Mermaid, Beauty and the Beast, Alice in Wonderland, Onward, Frozen II

I Am Moana (Moana)

Sometimes the world seems against you
The journey may leave a scar
But scars can heal and reveal just
Where you are
The people you love will change you
The things you have learned will guide you
And nothing on Earth can silence
The quiet voice still inside you
And the call isn’t out there at all, it’s inside me
It’s like the tide
Always falling and rising
I will carry you here in my heart, you’ll remind me
That come what may
I know the way

And so, when you have found what you seek, the magic of dreams come true in fact, lies within you. This magical kingdom remains a beacon to those with a wishing heart, giving every person who walks through these gates, this enchantment. Look inside yourself and realize that you have everything you need to make all your dreams come true. Anything is possible, for you are the magic.

You Are the Magic (Reprise)

Scenes: Peter Pan, Sleeping Beauty, Moana, Pinocchio, The Princess and the Frog, The Sword in the Stone, Aladdin, Cinderella

You are the Magic.

Check out the full video of Disney’s Enchantment and sing along with the Disney You are the Magic Lyrics. We’re sharing tips on how to make the most of your Enchantment Fireworks show viewing here.

Here’s hoping you have the best time at Magic Kingdom. 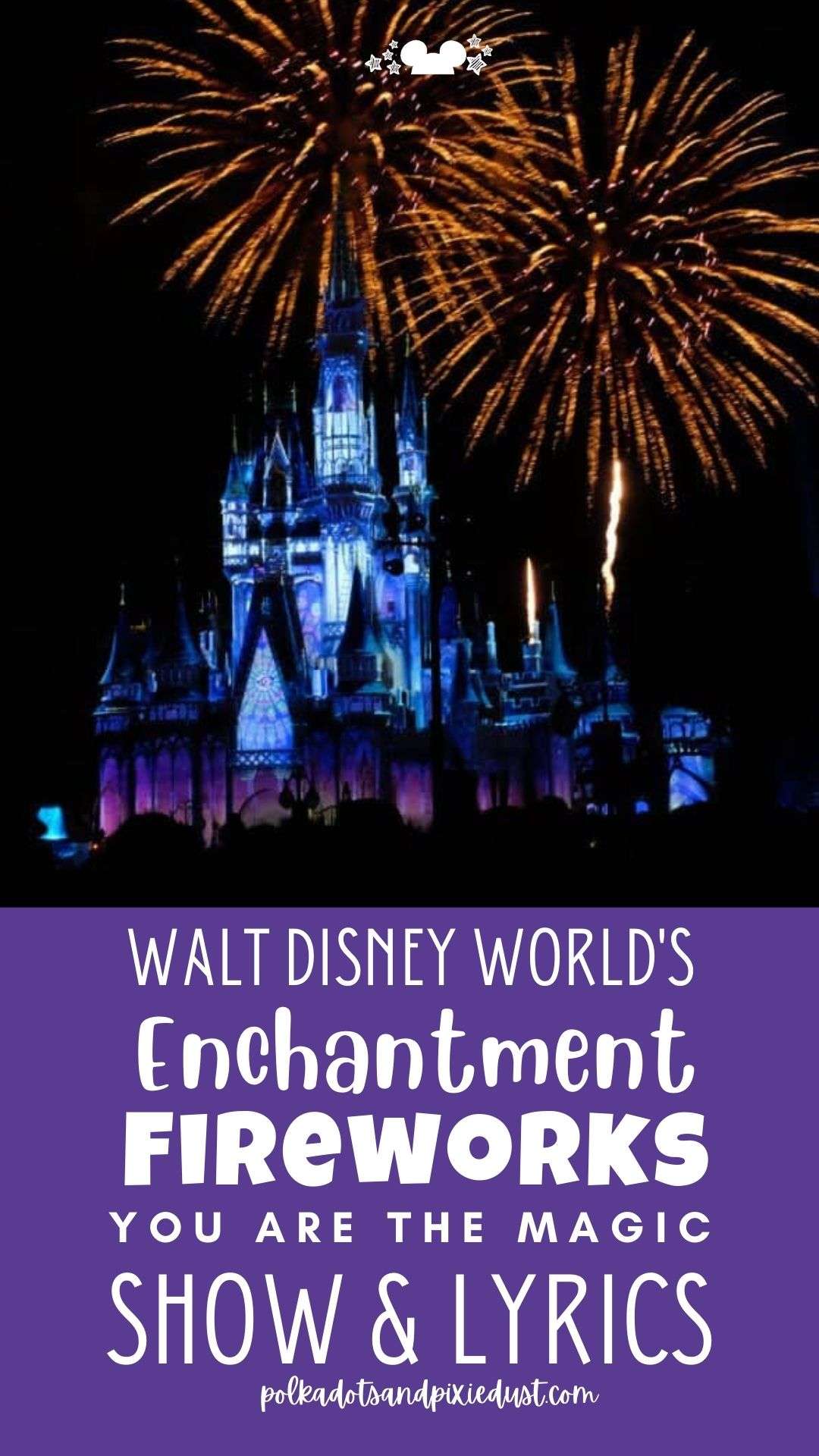