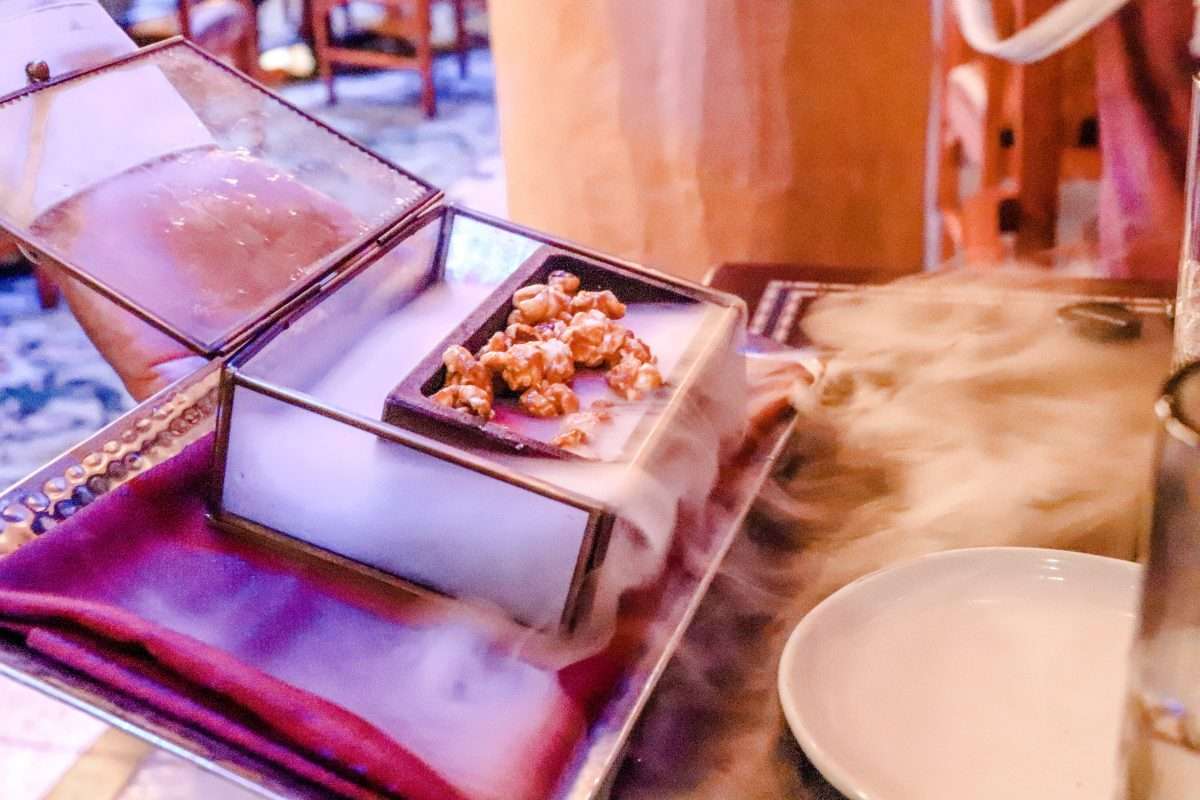 StoryBook Dining recently took over Artist Point at Wilderness Lodge. Featuring Snow White, a couple of her dwarf friends and of course, her majesty, the Evil Queen, this was one character meal we had been trying to book for some time now. Storybook Dining at Wilderness Lodge has been pretty popular since its debut. It was toted as a different kind of character meal, so of course we were intrigued.

We love Wilderness Lodge, so any time we can find a reason to visit, we are there! With its cozy, homey atmosphere, we could just sit in the rocking chairs by the fireplace and take it all in…..

We recommend getting there a little early and enjoying the ambiance of the resort. It will really help you unwind from the chaos that is the Parks at times.

The Atmosphere at Storybook Dining 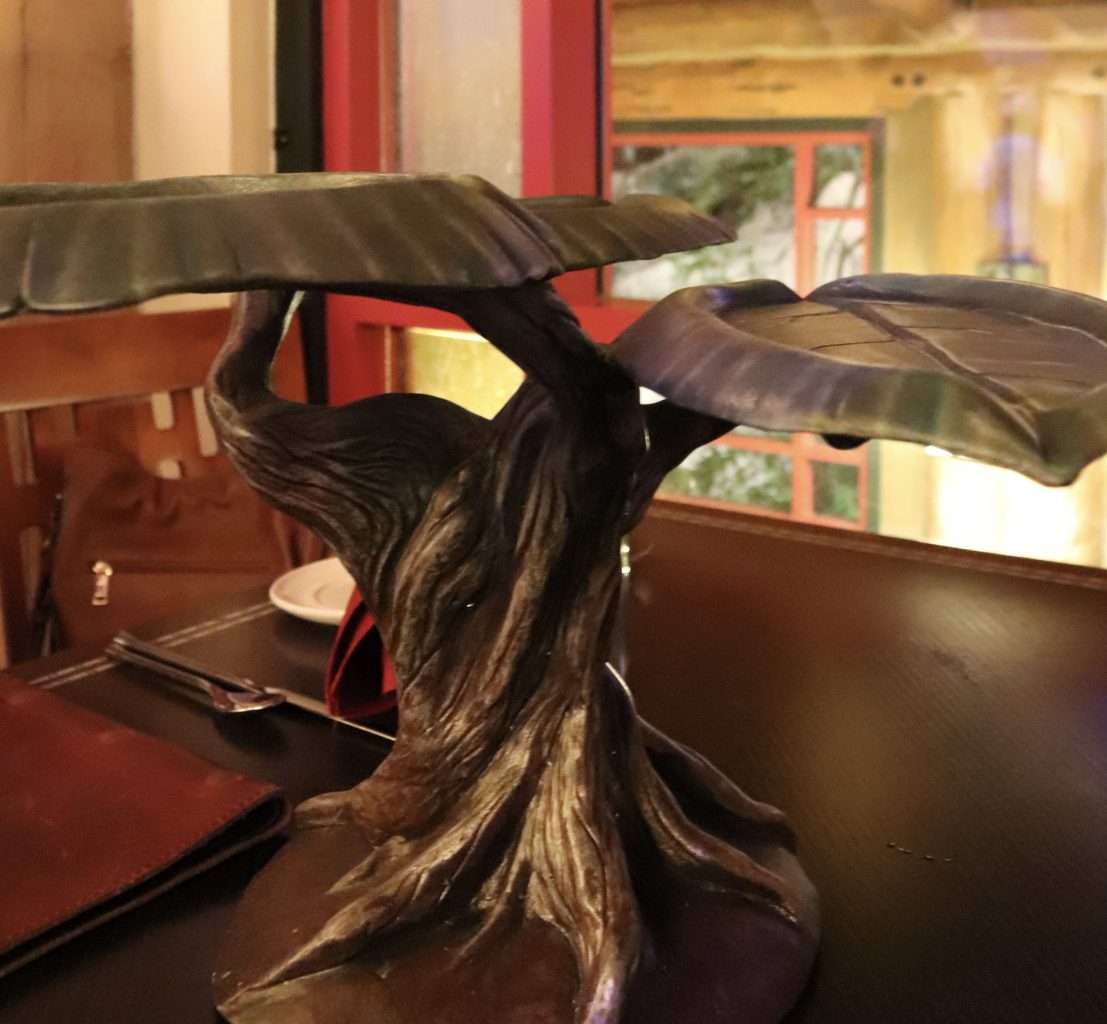 The atmosphere at Storybook Dining is dimly lit and reminiscent of a perfect forest scene from Snow White. It is woodsy, yet enchanting. For a character meal, we are happy to report that the atmosphere is a bit more chill here than others we’ve been to. This could have been due to the time we went, or where we sat, or the fact that the restaurant creates a bit of a calmer ambiance itself.

It’s not a buffet, so that is likely a contributing factor when it comes to the quieter atmosphere too.

The Food at Storybook Dining 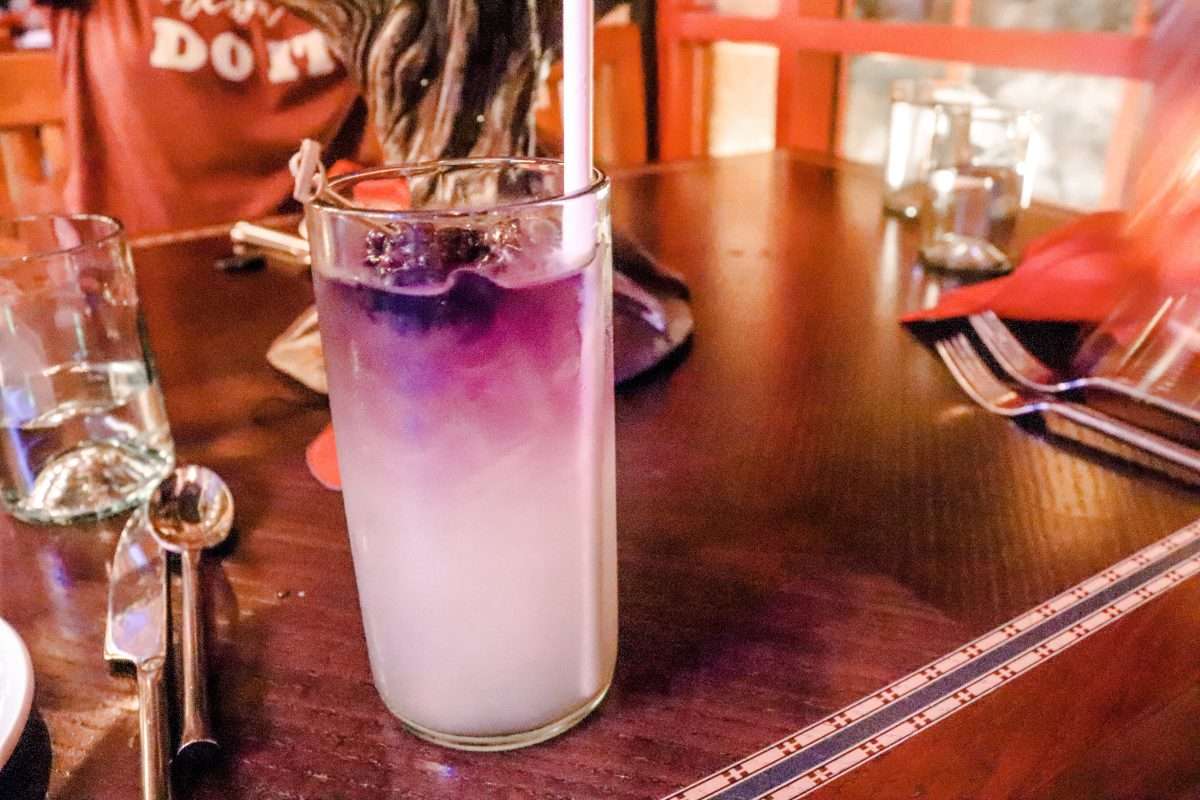 The food at Storybook dining is interesting. It’s served in the manner of a story, which we think is super clever and fun. At the time of writing this, the appetizers being served were mushroom bisque, wicked shrimp cocktail and a charcuterie-like appetizer called the Hunter’s Terrine. The appetizers are served on a cute leaf pedestal in the center of the table, and aside from the shrimp, there was one for each guest at the table. 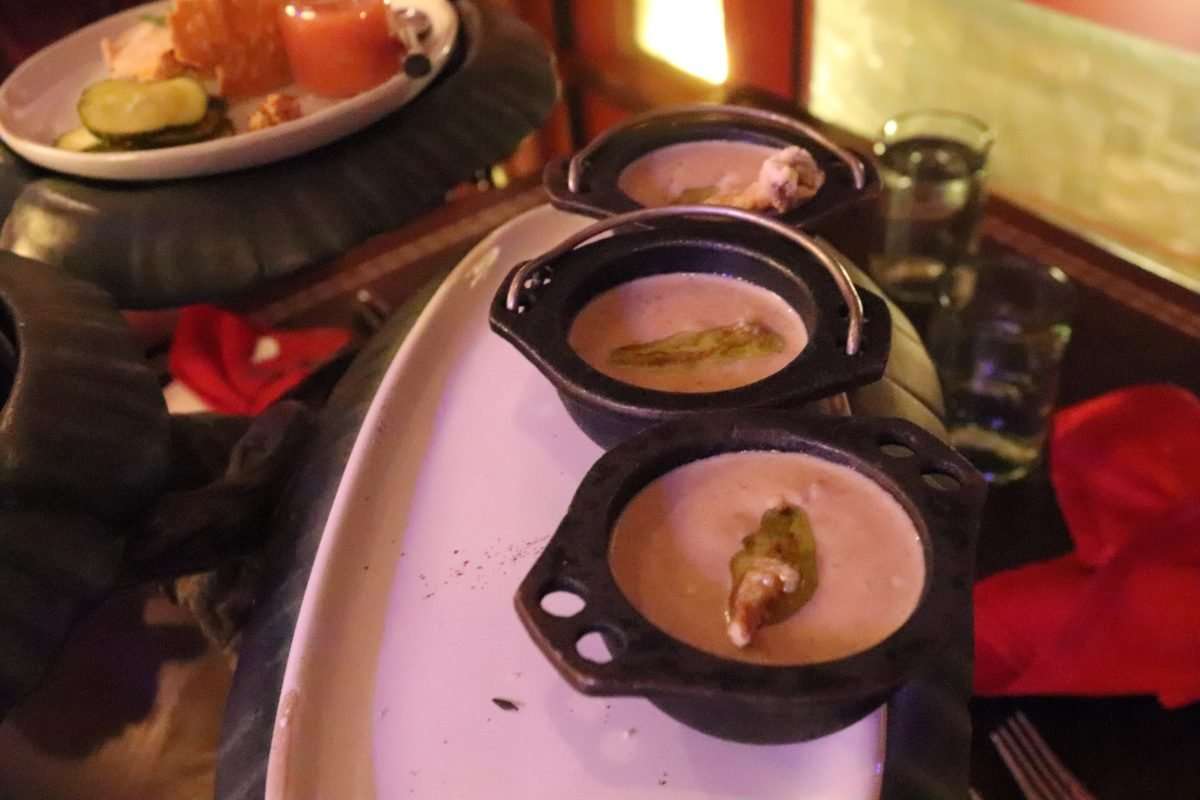 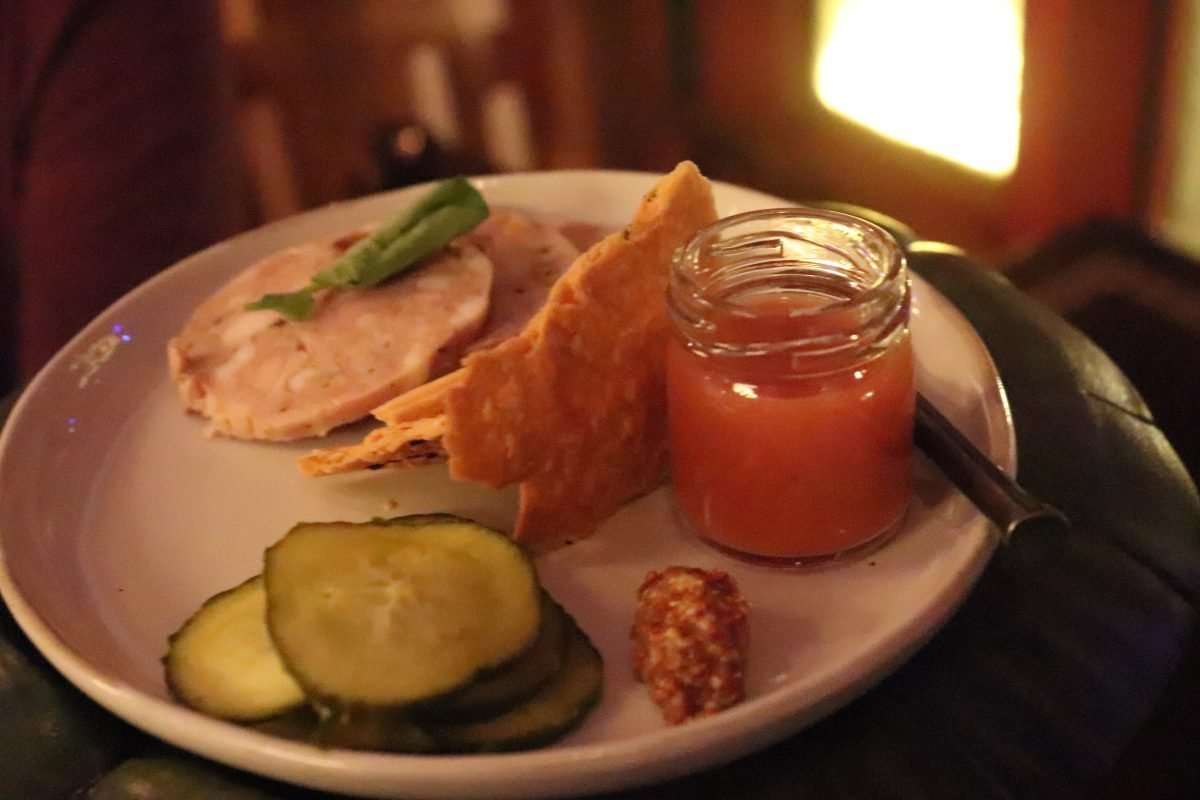 Moving on to the entrée, we each chose something different….in the name if research of course. We ordered the A Stroll Thru Nature featuring gnocchi, the Magic Mirror Slow Braised Pork Shank and the Royal Prime Rib Roast. Portions were generous and we definitely felt like we got our money’s worth! 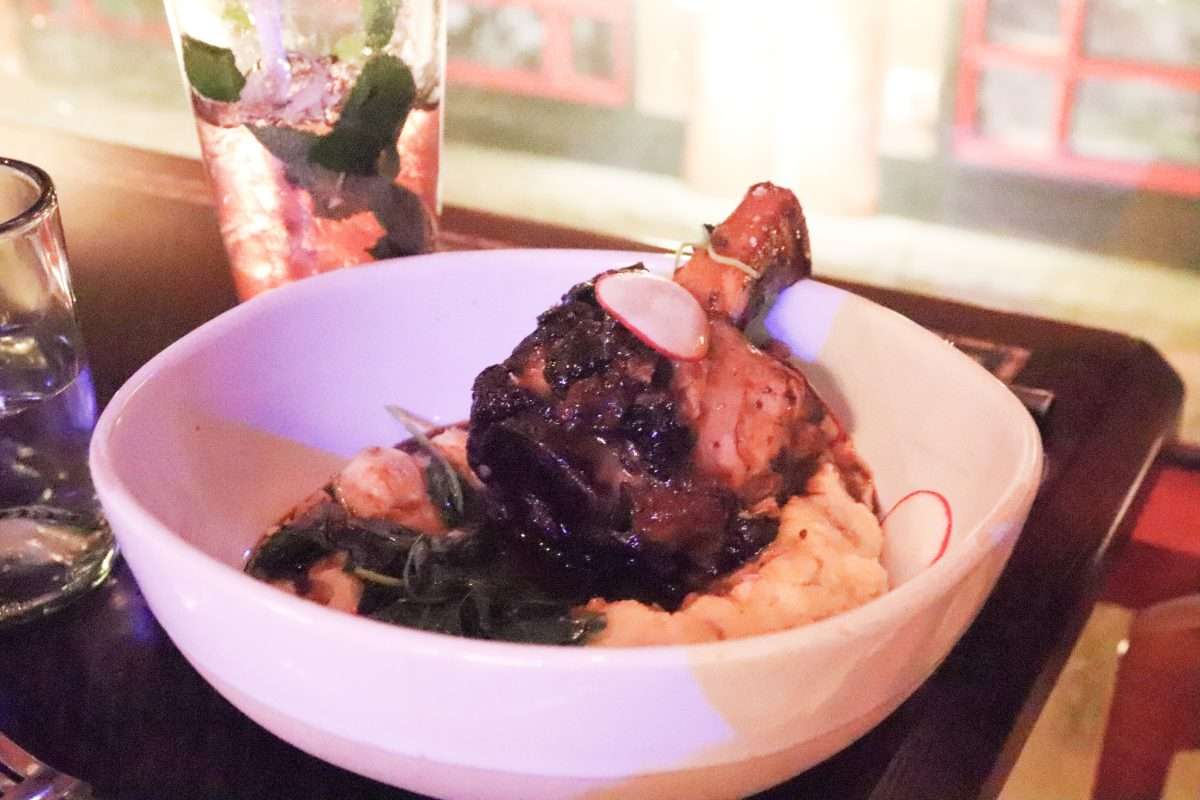 The desserts were definitely the fairest of them all with gooseberry pie, sponge cake with panna cotta and dark chocolate-apple mousse.  These were also served on the leaf pedestal and were brought one for each of us. 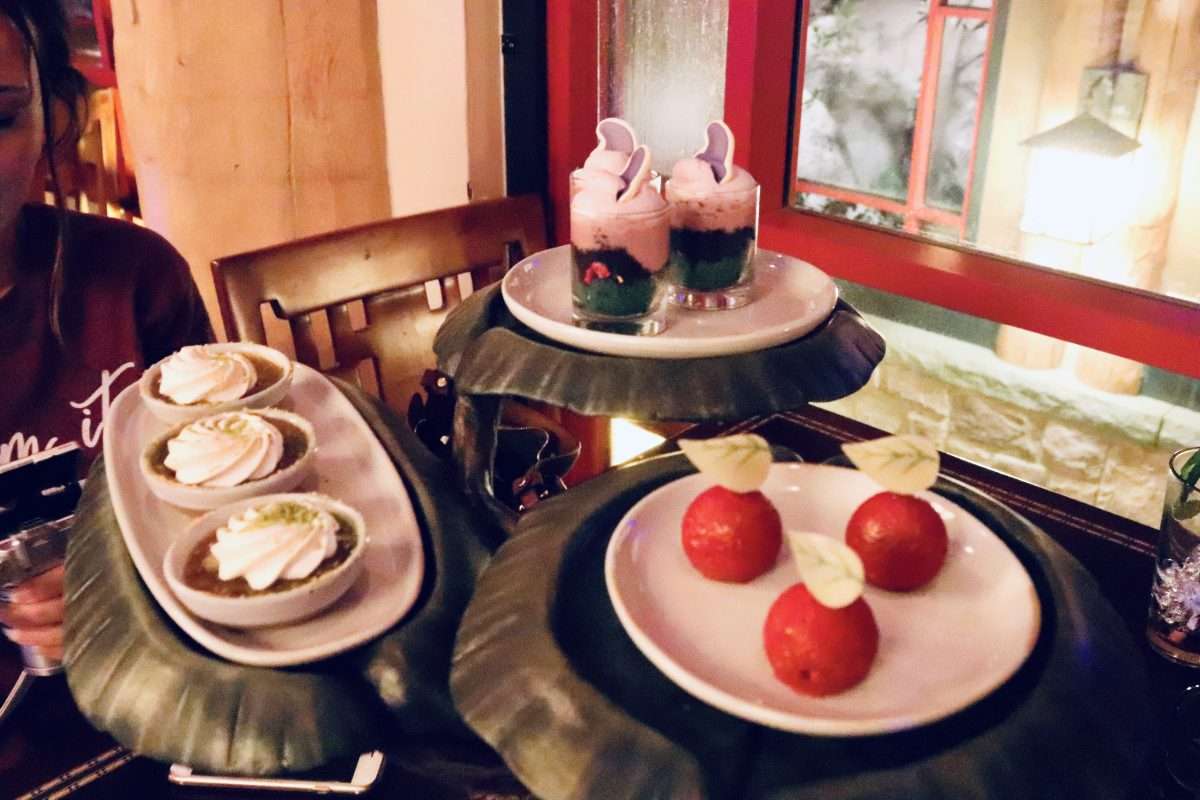 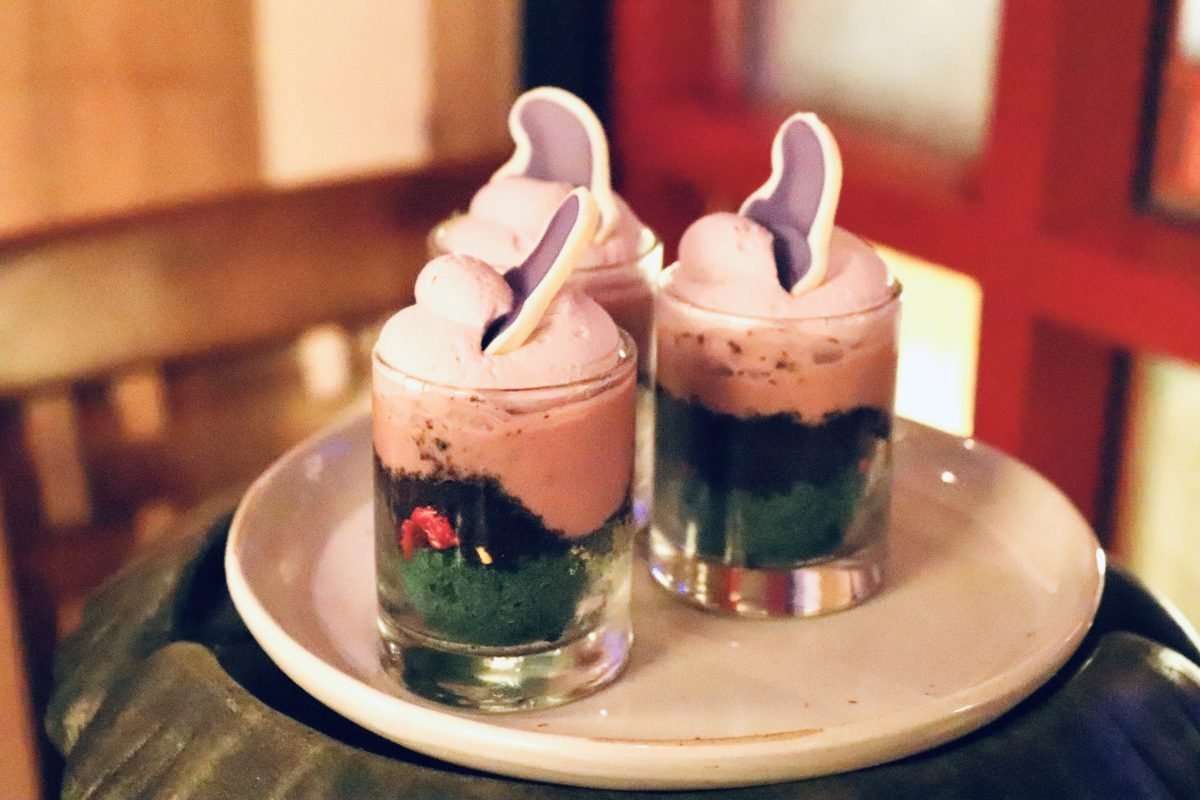 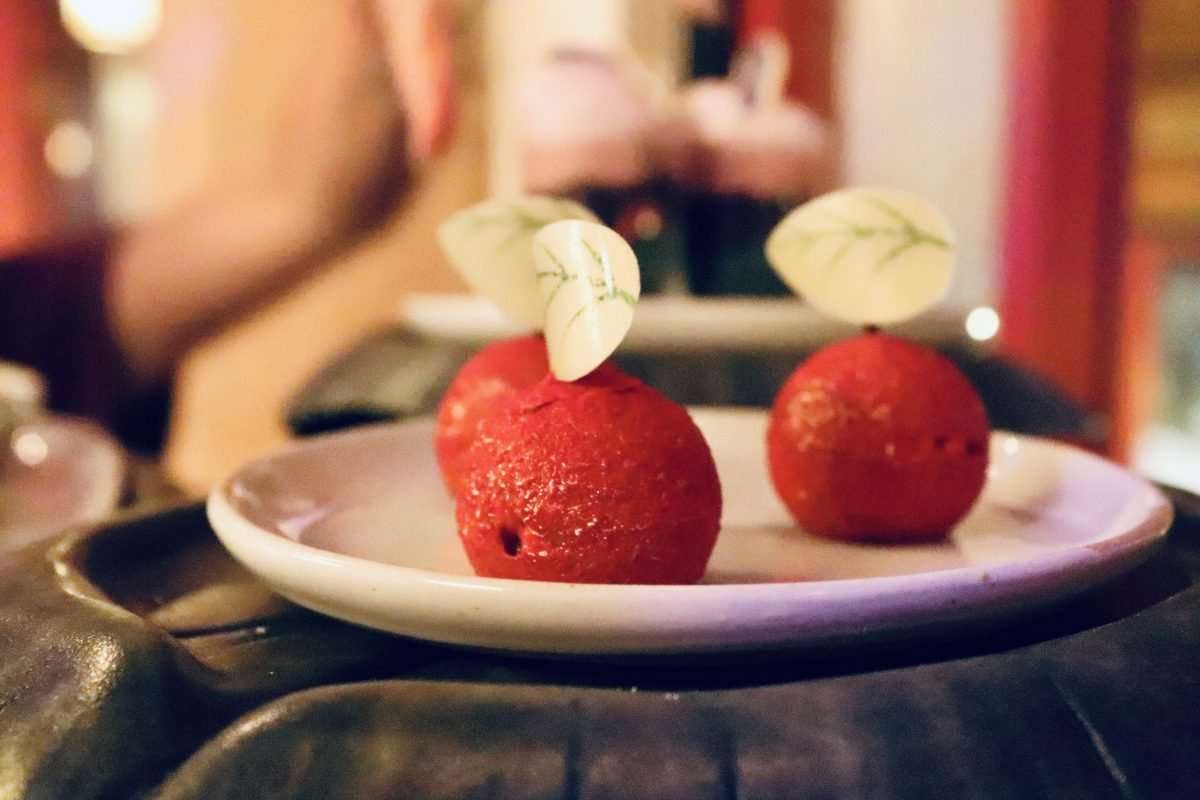 As a fun surprise at the end, our waiter brought us out the most divine caramel popcorn and chocolate hearts; a gift he claimed were from the Huntsmen. The presentation of this was beyond stunning. I mean LOOK AT THAT. Do I really need to say more? Probably not.

You can find the full menu for Storybook Dining here.

The Characters at Storybook Dining

Let me start by saying we are not necessarily character meal people. It’s not like we don’t like them, but we will always choose the food over whether or not something is a character meal. I’m pretty awkward and really for the most part, my daughter, my sister and I are pretty introverted; so talking to a complete stranger who is blatantly interrupting our meal is a bit out of character for us.

Don’t get me wrong, there are some character meals we love, but there is always a bit of lingering anxiety when we sit down at a character meal. Luckily, this was one of the best character meal experiences we’ve had. The characters were not too overwhelming, came to our table in beautifully spaced out time frames and we never felt rushed or put on the spot.

Snow White, Grumpy and Dopey will all come to your table to meet you. However the Evil Queen, since she is in fact high royalty, will not. You have to go to her. Just like you would any true queen, right?! 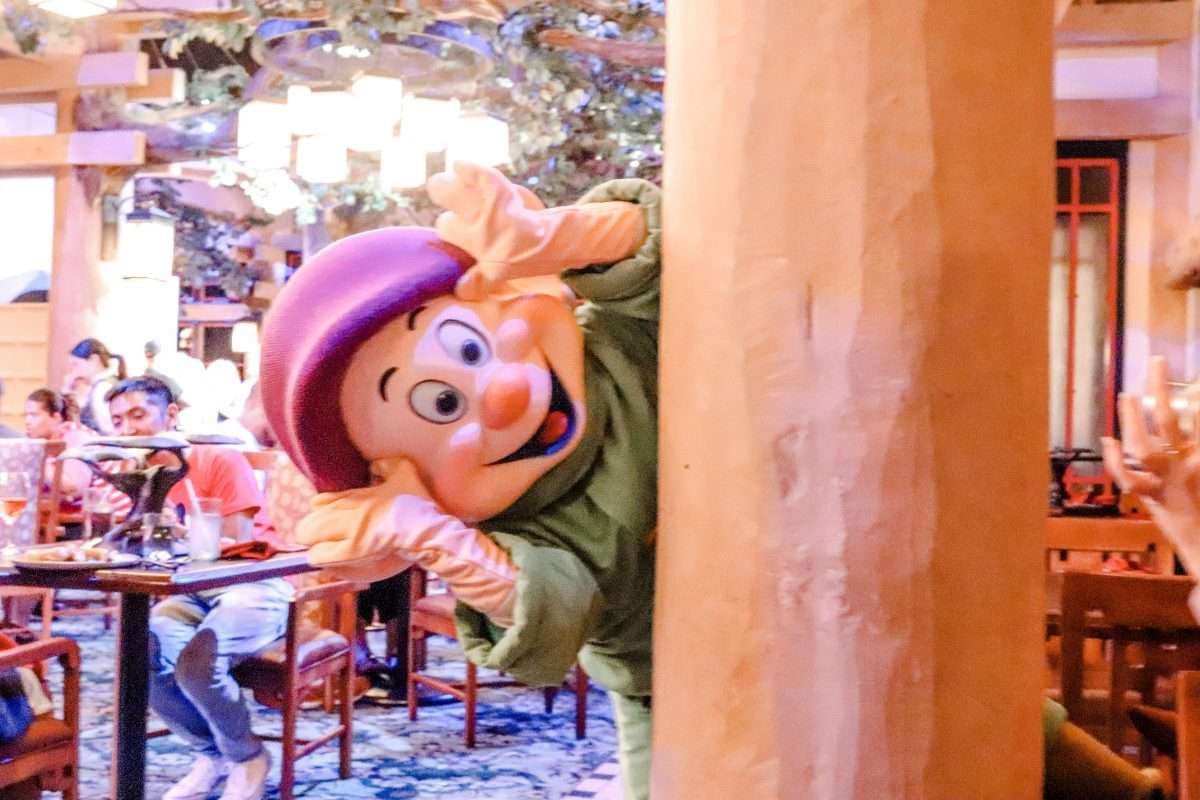 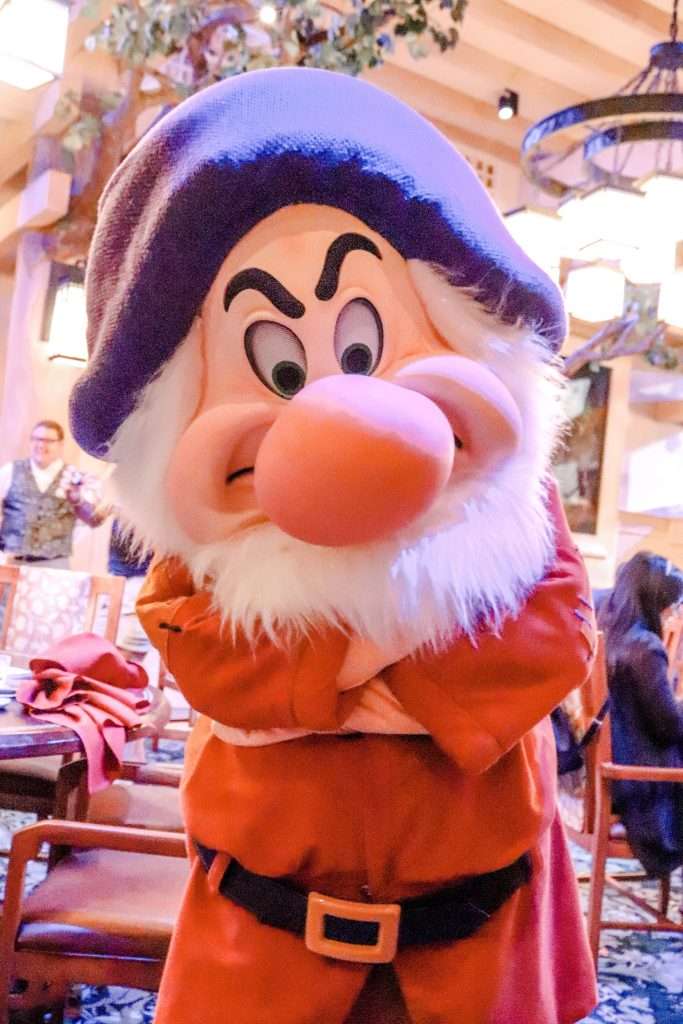 You have a window of opportunity to meet her, as she doesn’t stay out the entire time waiting for peasants.  Again this was really nice because we never felt rushed to see her. We were given a time window and it was nice to be able to go at our convenience. 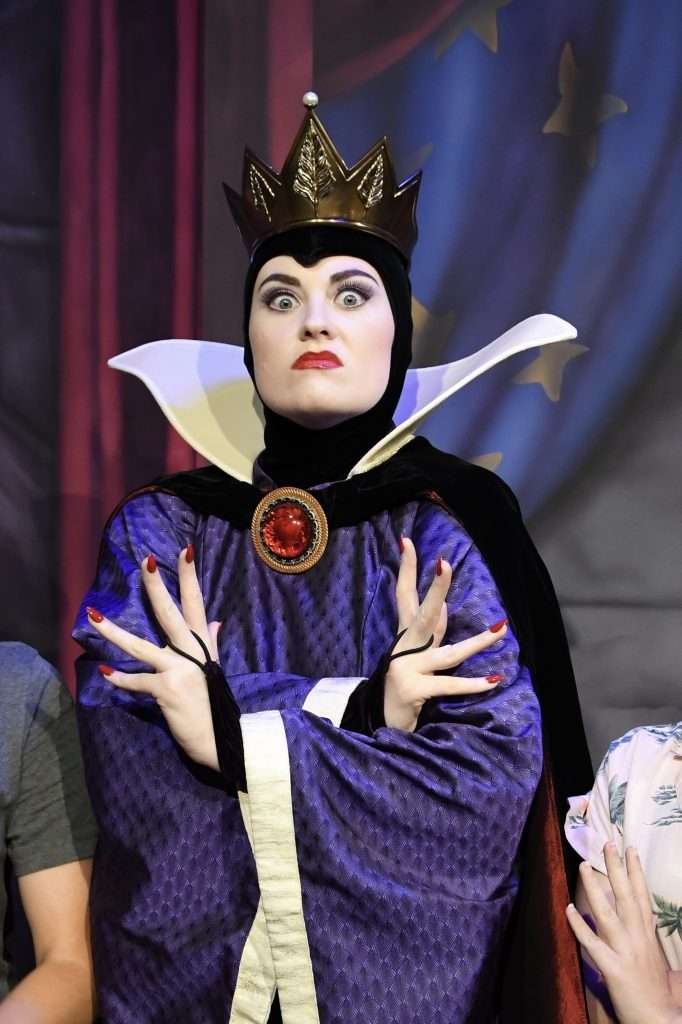 The Service at Storybook Dining 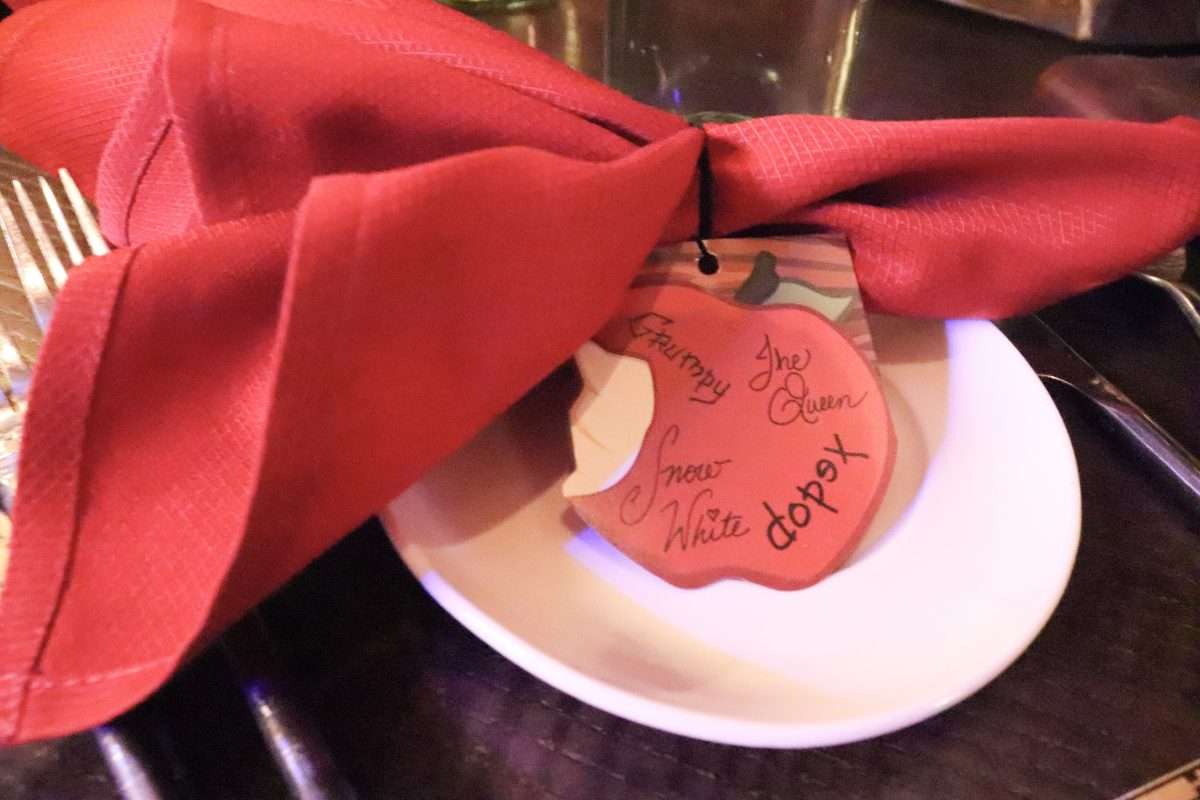 The service at Storybook Dining was probably some of the best we’ve received at a character meal. Again this could be due to the fact that it wasn’t a buffet; but our server(and others we were watching from a distance) tell you a story and really get into character.

How to get a reservation for Storybook Dining 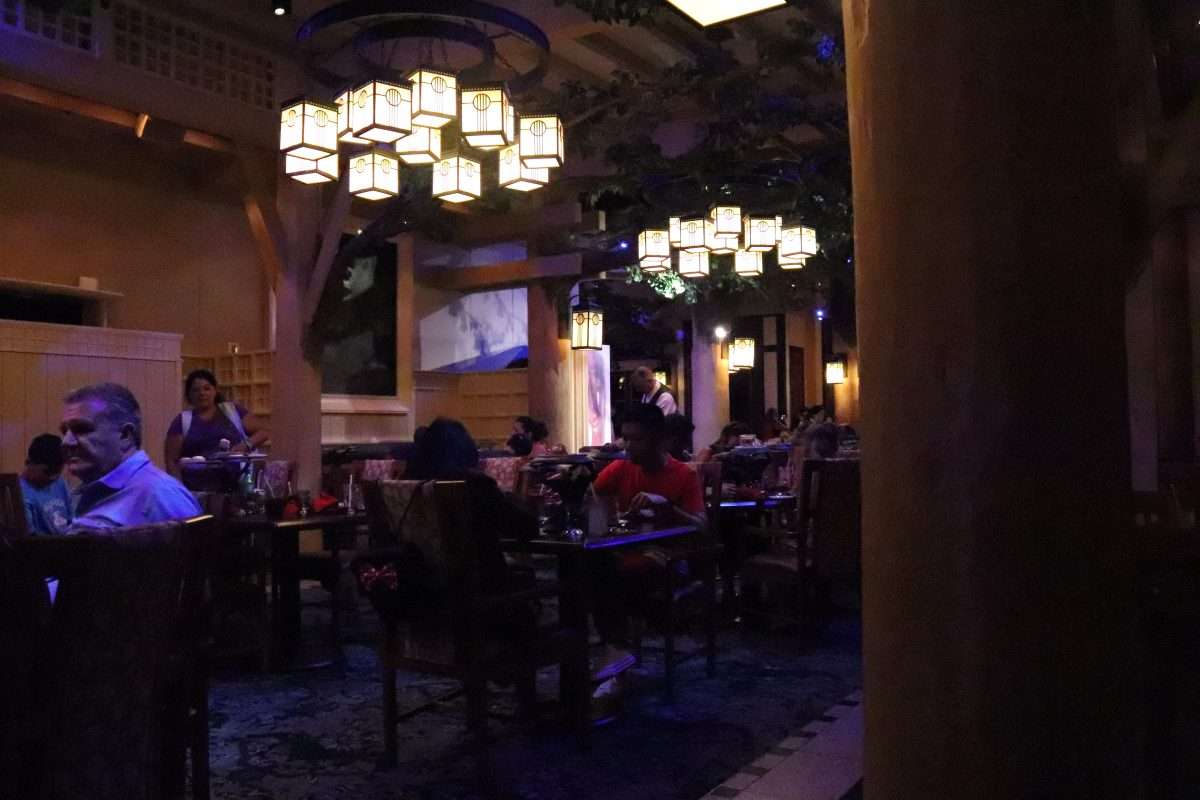 Storybook Dining is a hot ticket right now, so you’ll definitely want to make sure you have a reservation if you want to dine there.  While we generally recommend booking at the 180 day mark for this one, if you don’t have your trip planned that far ahead or if you cant score a reservation at that time, don’t give up!

We actually got our reservation at Storybook Dining about 2 weeks before our trip. Just keep checking throughout the days leading up to your trip and something is usually bound to pop up.

Does StoryBook Dining live up to the hype?

Personally, we think yes it does! While we found the appetizer course a little odd, the main course and the desserts were all really delicious and well prepared. The Character interactions were some of the best we’ve seen and the ambiance is really fun, but not too crazy.

If you’re a fan of Snow White, we think that Storybook Dining is a must. And even if you’re not a huge Snow White fan, we still think this dinner is pretty great and worth a try. Have you been to Storybook Dining? Tell us your thoughts! 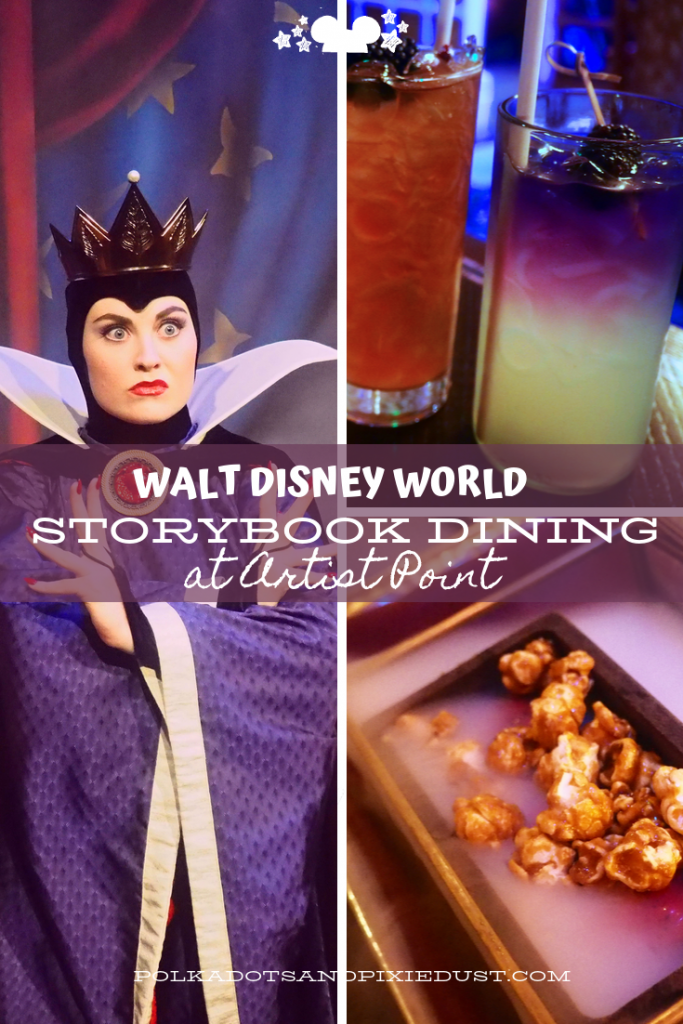