Watching the Marvel Movies in Chronological Order and Release Dates 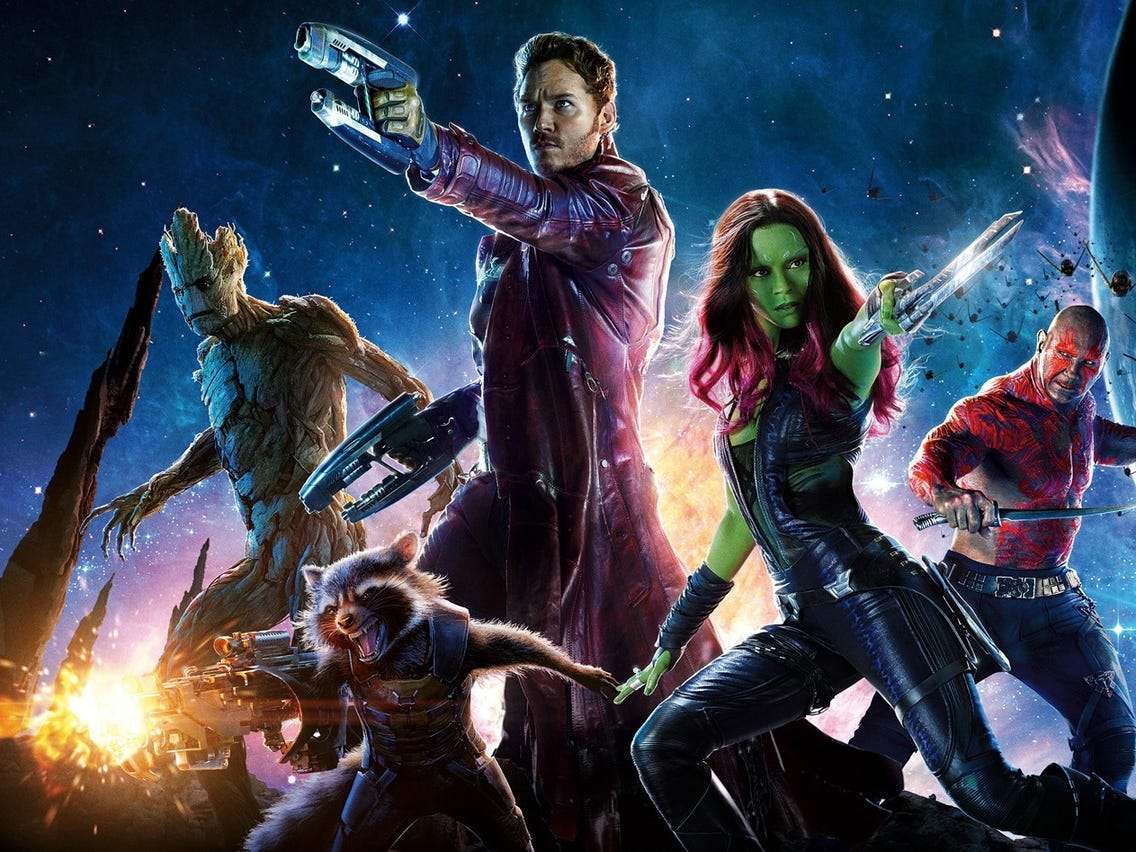 Just like every year when we do our Harry Potter Movie Marathon, every winter finds us knee-deep in Marvel movies. Which brought us to the question of where every new Disney Plus series will go in the Marvel Movies in Chronological Order lineup? 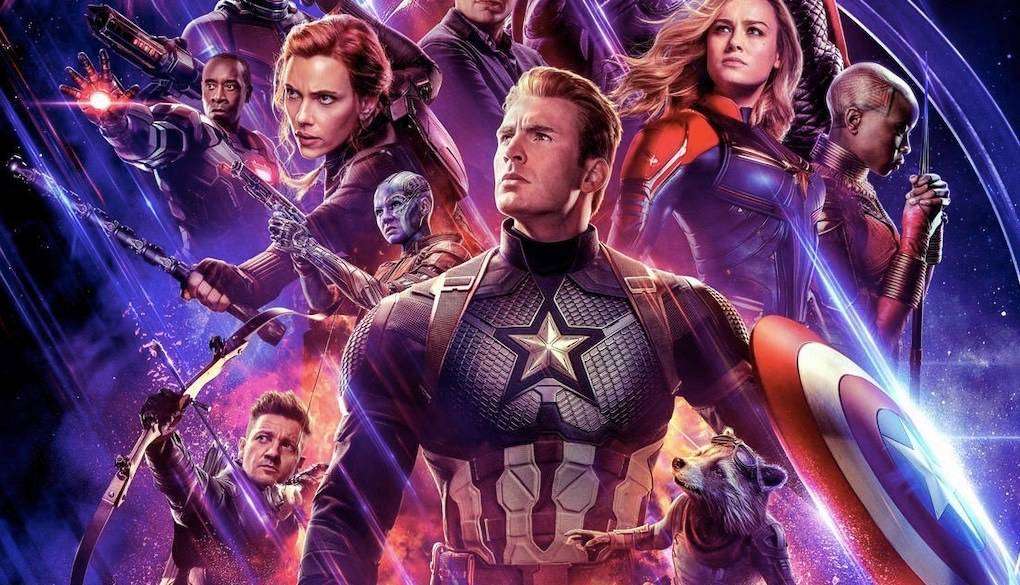 How Watch the Marvel Movies in Chronological Order?

Okay! So, we compiled this lineup from our own watching experience, but then of course cross-referenced it with several other online sources, Disney Plus and marvel.com. While you can definitely watch the Marvel movies in line with their official theater release dates, we LOVE watching them from the true beginning to the end. So grab yourself some popcorn and break these up into mini Marvel Movie Nights or plan to camp in with loads of food delivery and your best cozy blanket. We’d also added the Marvel Television Series in chronological order between the movies where they are chronologically set. (Note: these are not the movie release dates). Happy Winter! 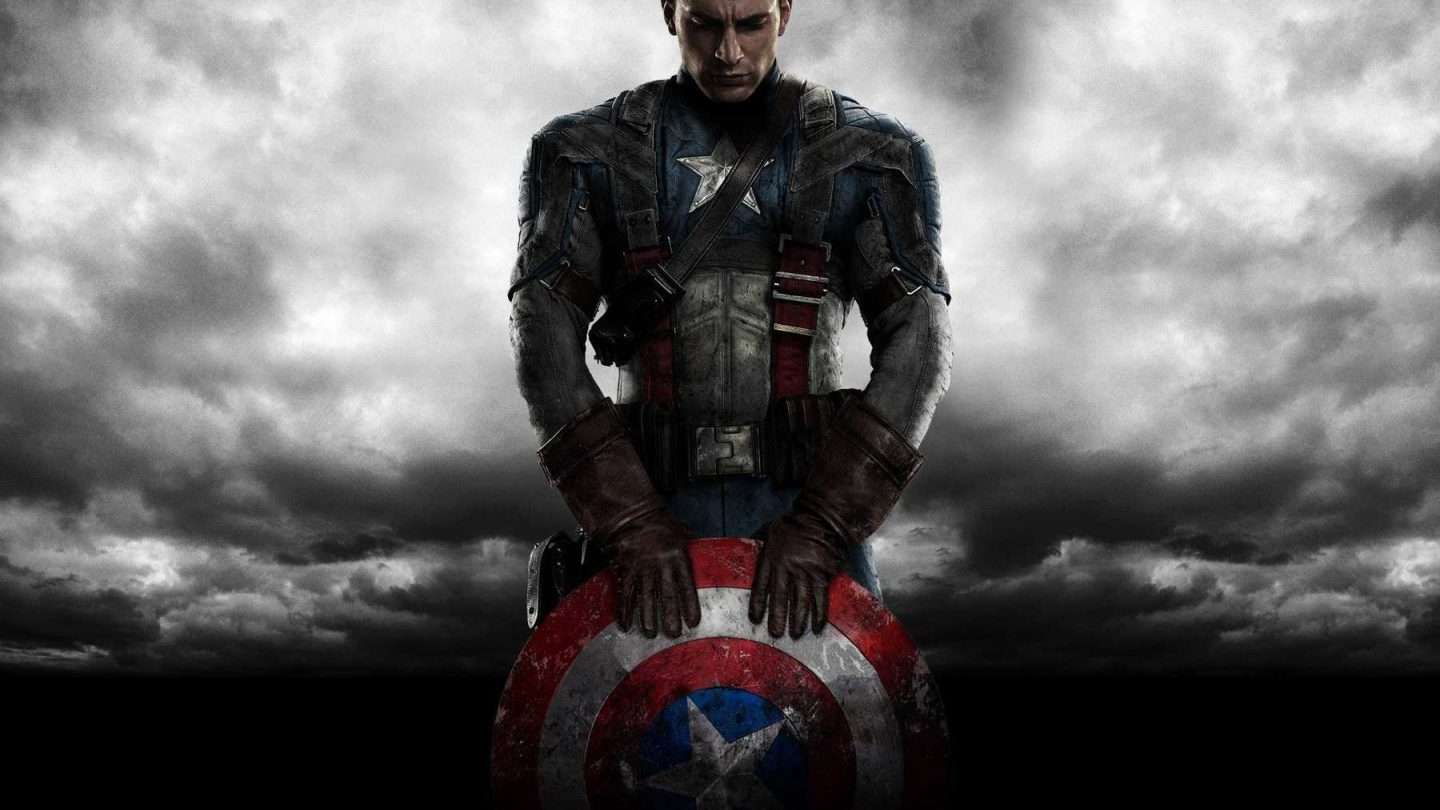 Steve Rogers’ origin story starts in1940 and ends in1945 when Steve’s plane crashes and he’s frozen for the next half century. ( Phase 1 )

Crashes her plane in the year 1989 Captain Marvel is trained as a Kree before returning to Earth in 1995. ( Phase 1 )

According to Marvel’s own timeline this film takes place in 2010 ( instead of in 2008, when it was actually released. Here we are introduced to Tony Stark and his taking up the mantle of Iron Man. ( Phase 1 )

Pre-Avengers. Bruce Banner is played originally by Edward Norton, and takes place after the events of Iron Man. ( Phase 1 )

Thor takes place 6 months before The Avengers is officially formed. Between 2011 and 2012 the events in Thor take place about the same time as those in Iron Man 2. ( Phase 1 )

S.H.I.E.L.D. pulls together the Avengers team in 2012. Mark Ruffalo takes over the role of Bruce Banner/ Hulk in The Avengers.  ( Phase 1 )

6 Months after the Avengers. this film is focused on Tony Starks’ PTSD as a result of  events during his time with The Avengers. This film takes place in the year 2012 at Christmas time. ( Phase 2 )

While not everyone’s favorite Marvel film, this one in 2013 is considered to be the most important as it kicks off The Infinity Stone Era for the franchise. ( Phase 2 )

The events of Guardians of the Galaxy also take place in 2014, around the same time as The Winter Soldier. ( Phase 2 )

Star Lord’s origin story gets some clarity in 2014, as the guardians team claims their place as heroes in the galaxy. ( Phase 2 )

S.H.I.E.L.D. is dismantled and a second Avengers team takes the reins. ( Phase 2 ) 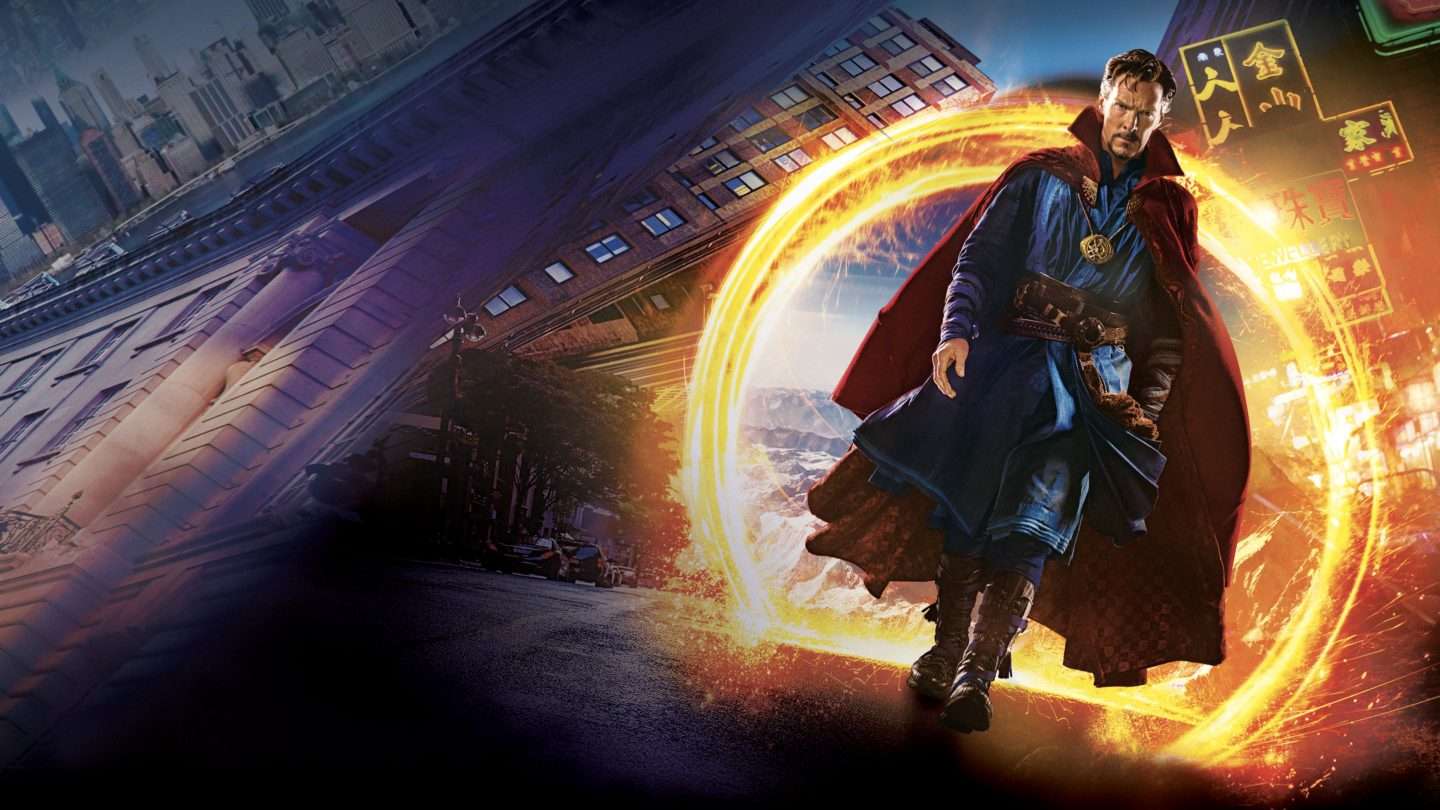 A mash up of Marvel characters Captain America Civil War introduces (and takes away) characters that we’ll see in Infinity War and Endgame. We also get clarity on the death of Tony Stark’s parents and his relationship with Captain America. ( Phase 3 )

In the fall following Captain America: Civil War, young Peter Parker is trying to come into his own as a worthy hero. ( Phase 3)

The Black Panther takes over in Wakanda connecting to the story of the Winter Soldier. ( Phase 3 )

After the events of Doctor Strange, Thor: Ragnarok takes place in 2017. Dr. Strange is now part of the story as Thor tries to track down his father and keep Hela from taking over. ( Phase 3 )

Right before Thanos arrives on Earth, we have Ant-Man and the Wasp, happening in 2018. The film ends with the infamous Thanos Snap. There are flashbacks to Hank Pym and Janet Van Dyne in the late 1980s for context. ( Phase 3 )

Black Widow finally gets her own movie with an origin story to explain it all.

The Eternals takes place after Hawkeye and just before Spiderman: Far from home.

Spider-Man: Far from Home is the last film of Marvel Phase 3 and takes place shortly after the events of Avengers: Endgame. Set in 2023, this film is responsible for putting some of the things in motion that will help understand the multiverse in Phase 4. ( Phase 3 )

Doctor Strange In The Multiverse Of Madness ( Early 2025) 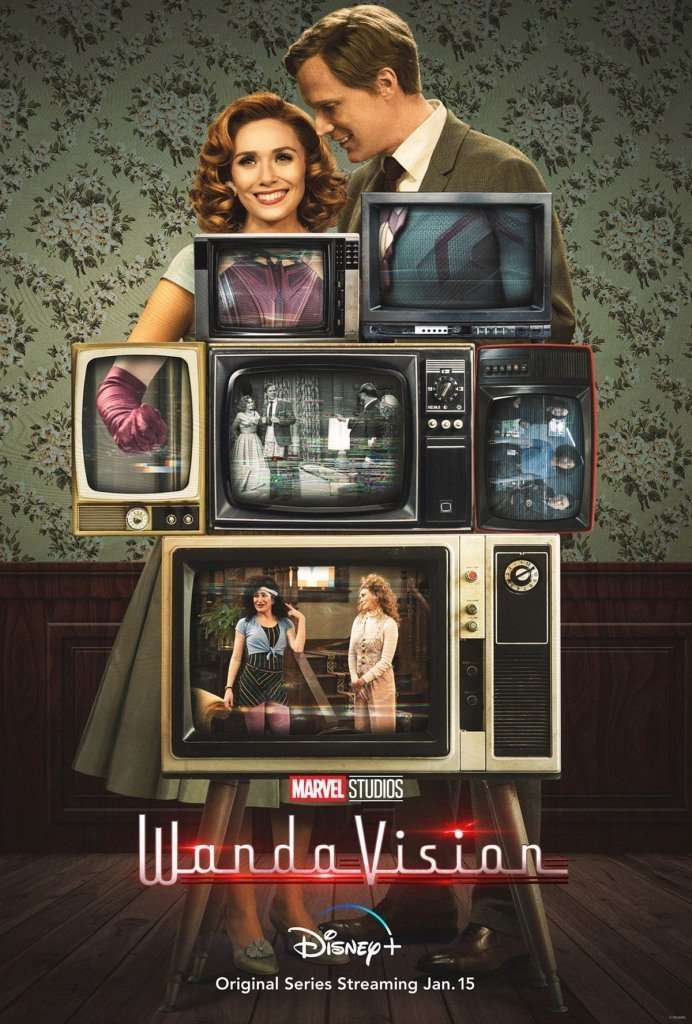 Phase 4 of the Marvel Universe doesn’t start in the theaters, but instead on the small screen of Disney Plus! If you haven’t signed up yet, then this is the year to do so! So many new shows all intertwined with the Marvel universe are premiering this year starting with WandaVision. Want to see where this mind-blowing series may be going? Start reading The House of M.

WandaVision on Disney Plus

This highly anticipated series featuring Scarlet Witch and Vision will “directly set up” the Phase Four film Doctor Strange in the Multiverse of Madness. ( Phase 4 )

Outside of Space and Time.

There are no words for how fantastic this series is. The incomparable Tom Hiddleston and Owen Wilson play a wonderful back and forth as they begin to understand the world around them. Smart and witty, this is one that will reveal something new every time you watch it. An important cog in the Marvel watch of time.

The Falcon and the Winter Soldier

Falcon and the Winter Soldier starring Anthony Mackie and Sebastian Stan is a sleeper hit if ever there was one! With social injustice forming the backdrop for this 6 episode series, we were on the edge of our seats the whole time. The introduction of important characters taking hold in Marvel’s next phrase shows up in this series

Jeremy Renner and Hailee Steinfeld take the lead as Hawkeye and Kate Bishop in this Christmas Marvel series set 6 Days Before Christmas. Rumor has it that Kate Bishop will be taking on the mantle of Hawkeye as the franchise moves forward. So be sure to watch if you’re a fan.

After Dr. Strange and the Multiverse of Madness. 6 episodes, 40-50 minutes each this Marvel Phase 4 series already feels reminiscent of Loki, with more twists and turns than you can count. With Oscar Isaac playing Specter/ Moon Knight and Ethan Hawke in an undisclosed role, this is one that will begin to fill some of the MCU gaps still out there.

Marking the END of Marvel’s Phase 4, Black Panther, Wakanda Forever closes out all the most familiar Marvel character films.

What’s Coming to Marvel for Phase 5?

And since we really can’t get enough of all things Marvel, we just had to do some digging for anything ( and everything) that may give us a hint of this new Marvel Universe Disney is building. Check out every new Marvel movie that is on the way in Phase 5.

This potentially LAST phase of the Marvel Multiverse focuses on the Avengers and the Secret Wars arc. Mind you… given the breadth of comic material here, we’re expecting both Disney Plus Marvel shows and more Marvel MCU films in between these announced so far. 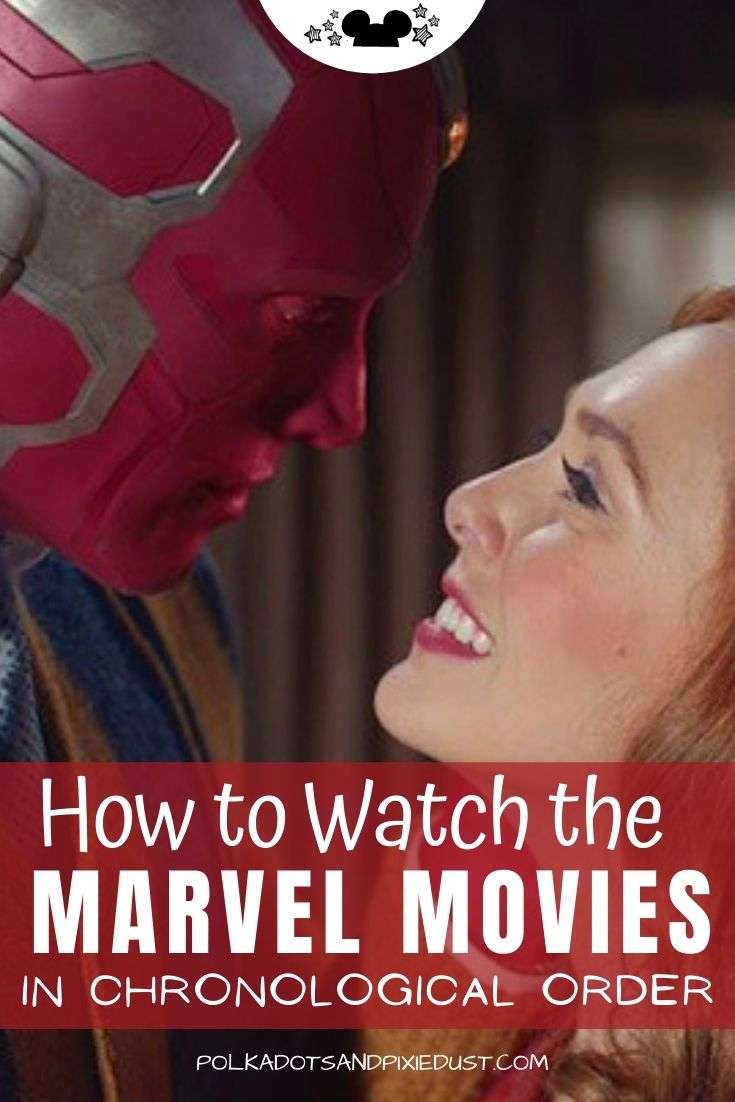