How can you celebrate both the 50th Anniversary of Earth Day and the 25th Anniversary of Disney’s Conservation Fund with Disney? With Disney+ streaming both Disneynature and National Geographic films, there are plenty of ways to celebrate Earth Day this year. Here’s the lineup of everything at Animal Kingdom for Earth Day.

Narrated by Natalie Portman this is the story of a young dolphin named Echo, who is more curious about his new home in the corals, than learning how to survive in it. Beauty and danger awaits. 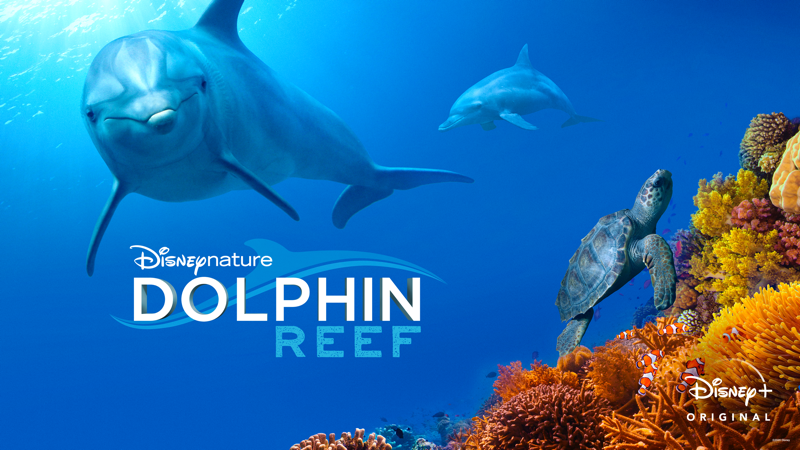 Narrated by Meghan, Duchess of Sussex, Elephant is the story of a herd of elephants as they travel hundreds of miles across the Kalahari desert and everything they experience along the journey. 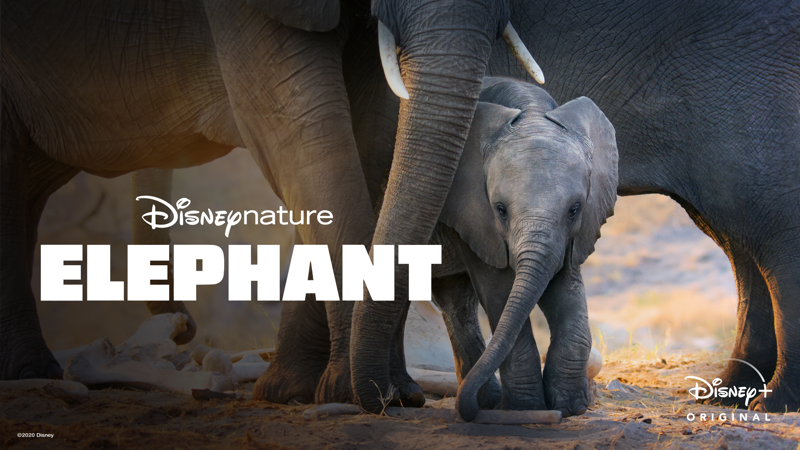 Join Steve, an amazing little penguin on a quest to find to find a mate, build a nest and start a family. Get ready for cuteness and edge of your seat entertainment in the Antarctic spring months as Steve wards off predators on his journey. 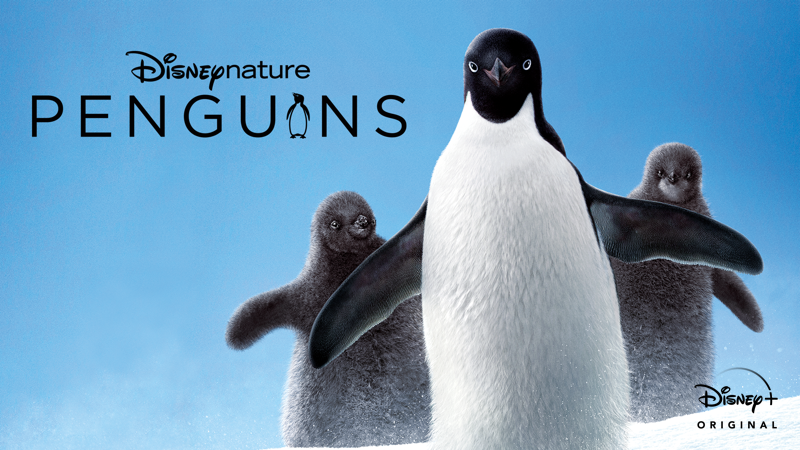 Want to really dive in this month to all things Nature? Grab Disneynatures Educator Guide complete with tons of activities and lessons for kids at home. And check out Disneynature for more educator details and activities.

April 22nd is Earth Day. With that comes all things honoring Planet Earth. We take time from April 18- 22nd to marvel at nature, wildlife, and conservation efforts worldwide. Here’s everything Disney has lined up in 2020 for Earth Day.

Disney has been a global leader in conservation efforts for decades . In the Wild by Nature speaker series you can hear from Disney’s Animal Kingdom experts, educators and conservationists helping to save the planet. You’re sure to walk away inspired. So keep an eye on the times guide for details about this series.

Theater in the Wild

If you’re excited to learn more about how Disney is helping to save the planet, head to the Theater in the Wild. Home to the Finding Nemo show in Disney’s Animal Kingdom, you can listen to special guests share experiences from the field, saving wildlife and the planet.

Listen to stories from the team at National Geographic. Do you love all those amazing never-before-seen images and video footage? Learn a little more about what it takes to do wildlife photography and video from the masters. Nat Geo Explorers and photographers will be on stage and part of the Wild by Nature Speaker Series.

Special Disney Earth Day Merchandise and snacks are also available during this special week-long celebration. And if you’re committed to the Explorer life, you can find exclusive National Geographic merchandise at Animal Kingdom! Plan to check out all the latest shirts, backpacks, water bottles and more.

Walt Disney Imagineer, Joe Rohde, is part of a new special dining experience at Tiffin’s for Earth Day. He’ll share stories about his research trips and exhibitions while guests enjoy a 4 course meal. Registration for this experience is now open, so grab your place at the table before it’s too late!

Join Roy Conli who will be part of the speaker lineup to discuss his work on award winning Disneynature films. And get ready for the Disney+ debut of two new films, Elephant and Dolphin Reef. If you’re into fantastic filmography, nature up close and personal, you’ll want to tune in.

2020 marks the 25th Anniversary of the Disney Conservation Fund. As a global conservation leader, “the Walt Disney Company is committed to ensuring a world where wildlife thrives and nature is treasured.” As part of the festivities to honor this milestone, Disney is showcasing 25 global wildlife heroes and their stories. Learn more about how the Walt Disney Company is working to save wildlife around the world. You’ll be able to get an inside look at the new special edition 25th anniversary book, Disney Conservation Legacy. Available for purchase in the park during the Earth Day Celebrations.

Using real life animals as inspiration, Disney animators will be creating characters and bringing them to life! With a host of special Disney characters on hand for the Earth Day Celebration, you’re sure to be inspired to create your own piece of art! Head to the Conservation Station for this interactive experience.

With so many activities at Animal Kingdom, why would you celebrate Earth Day anywhere else? Be sure to take a break and head to Walt Disney World this spring. 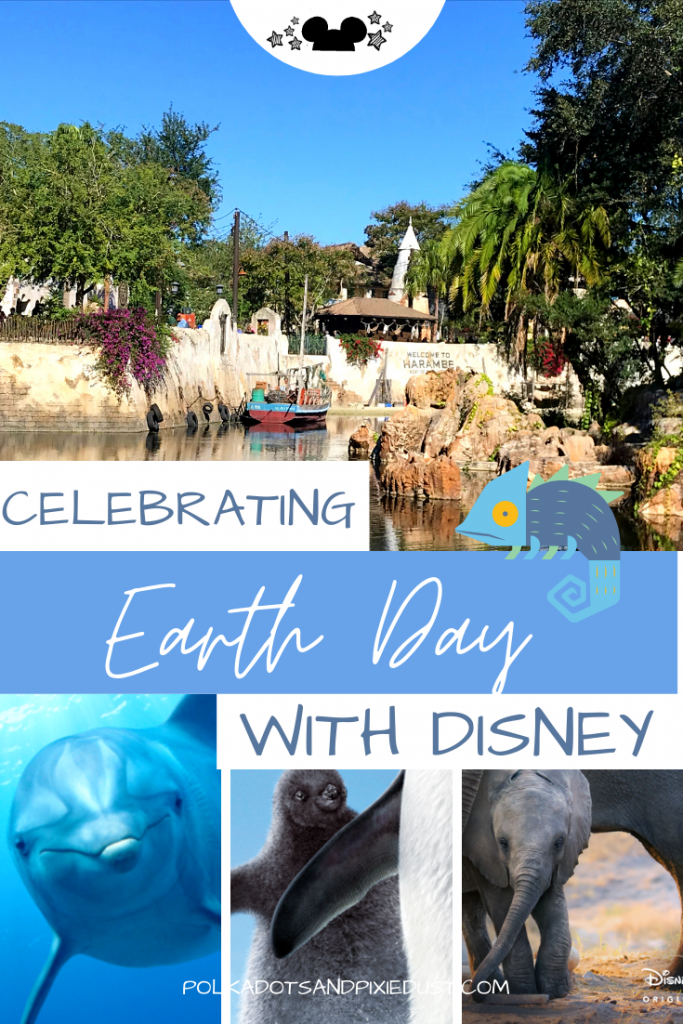 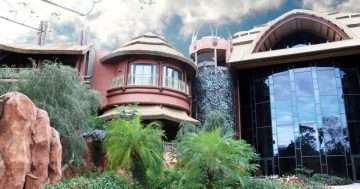 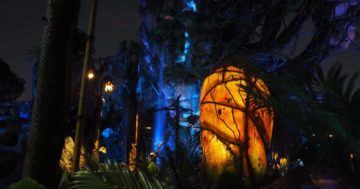 Pandora World of Avatar: 5 Reasons You Should Visit Pandora at Night

If you guys remember, we were able to see Pandora during our Passholder Preview in May of 2017. During that preview period, although the crowds were really low, there were also some things that we weren’t able to experience. Pandora at night was one of […]