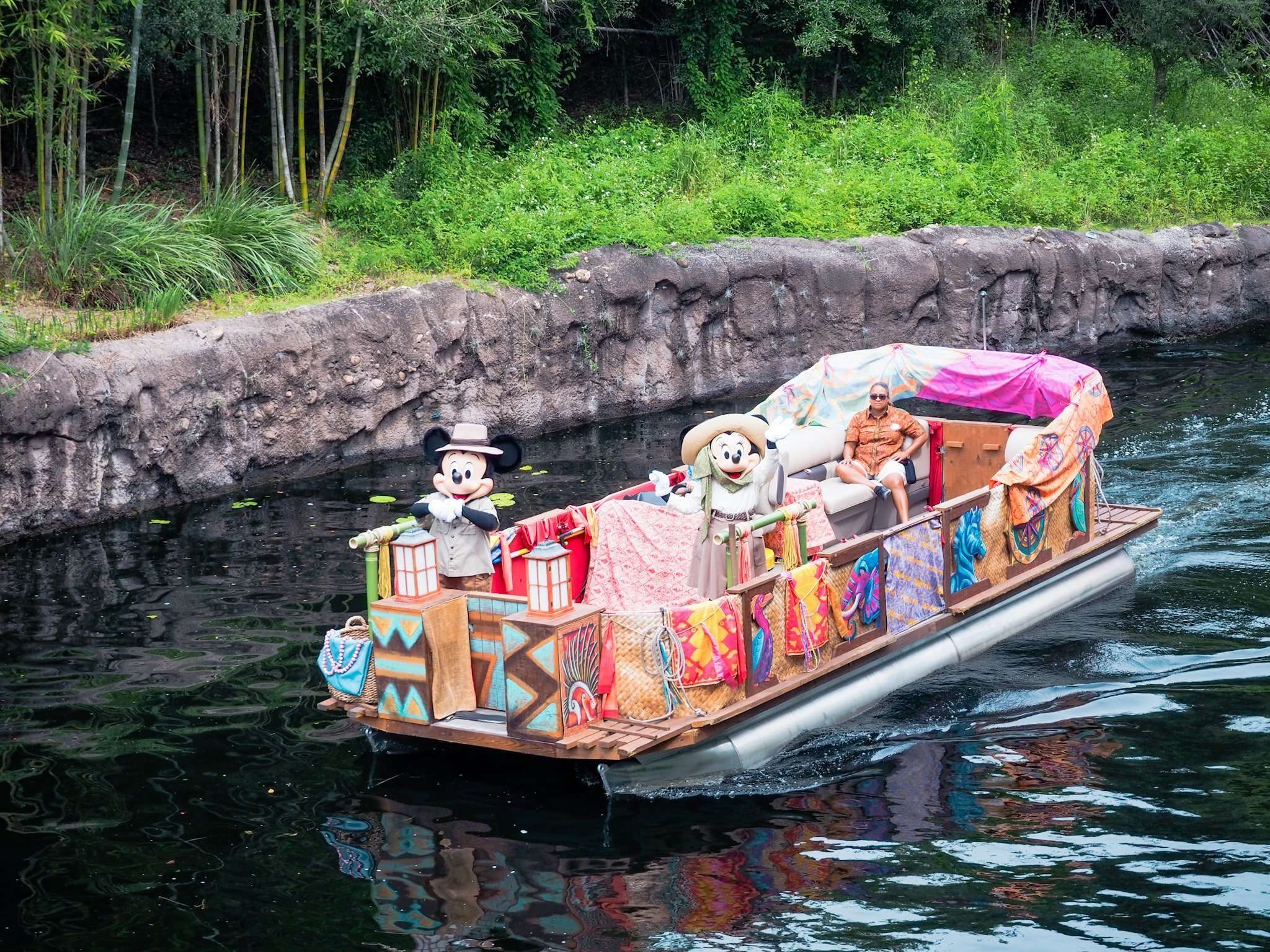 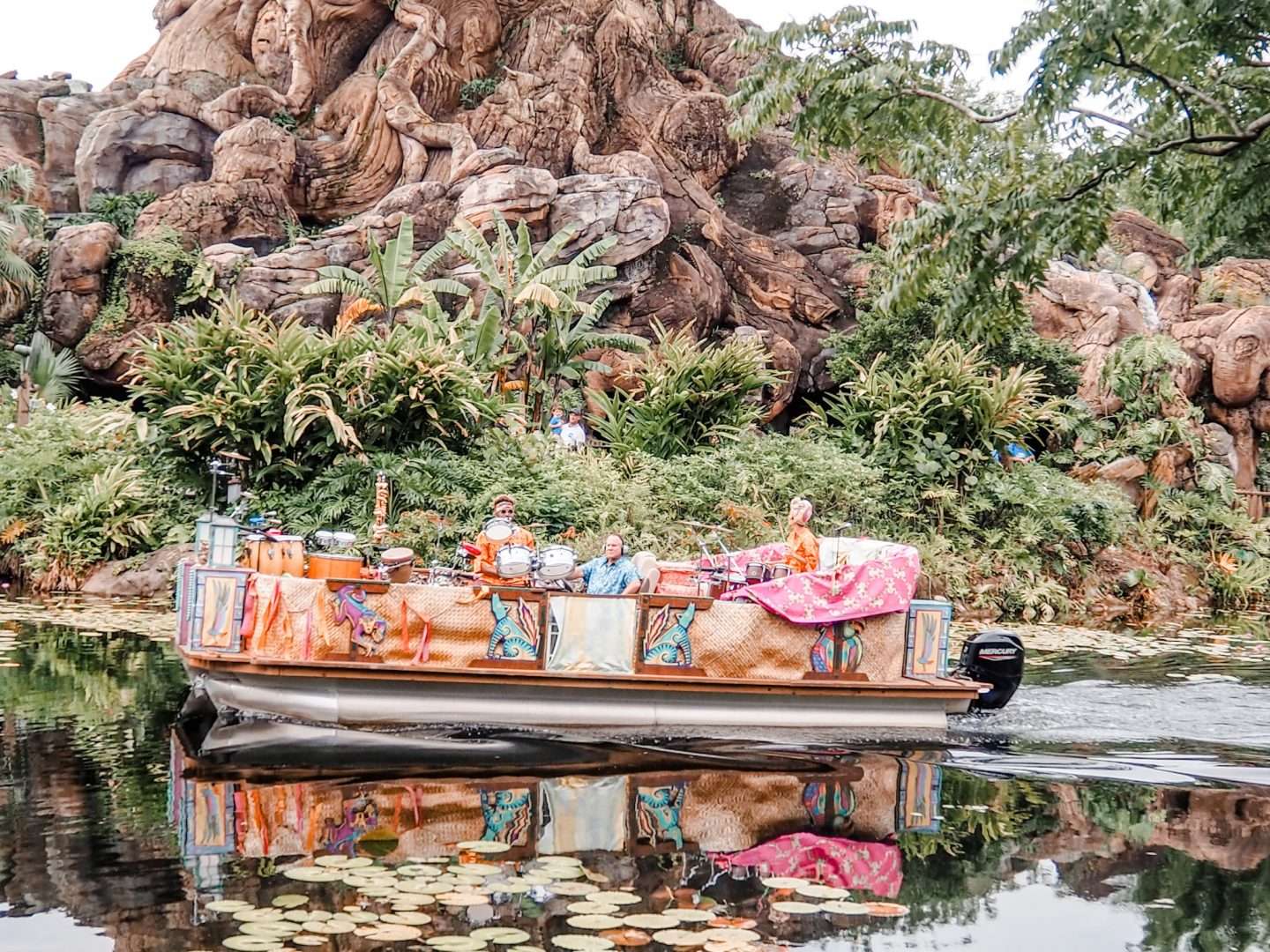 How to Find Disney Characters at Walt Disney World

When do Character Cavalcades at Walt Disney World Happen?

Throughout the day! Unlike parades, there are no set times for these fun events, though we’ve generally seen one appear every hour or so. So if you’re looking for Disney characters at Walt Disney World, keeping your eyes open as you stroll the parks is your best bet!

What time do Characters come out at Walt Disney World?

Disney Characters usually start appearing around the parks starting at 11 am. While there is no set schedule for these mini- interactions, they generally can be seen throughout the day until it gets dark.

Is there a 50th Anniversary Celebration Character Cavalcade? 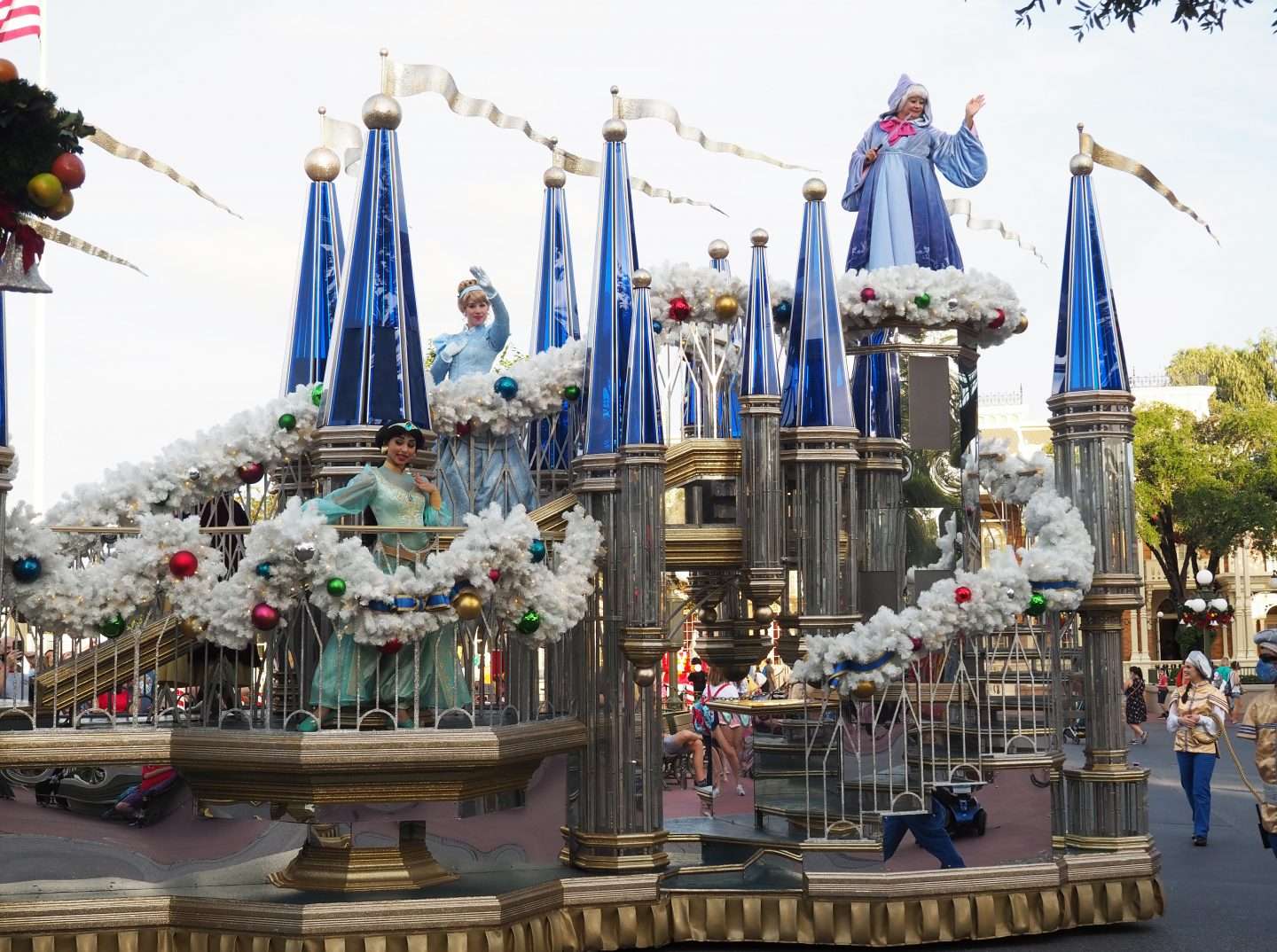 By far the park with the most Disney Characters, you can find Disney Princesses, Villains, and classic characters throughout Magic Kingdom. Just remember your best bet for spotting your favorite friends is during a cavalcade, so be sure to stop and take it in!

This new show arrives on the Cinderella Castle stage at Magic Kingdom and features scenes inspired by Frozen, Tangled, and the Princess and the Frog! You’ll be able to catch a glimpse of Mickey and Friends decked out in their EARidescent 50th Anniversary gear in the show too! This show features a new song called, “Where the Magic Feels Like Home.”

This cavalcade includes Nick and Judy from “Zootopia,” Baloo and King Louie from “The Jungle Book,” José Carioca and Panchito from “The Three Caballeros,” Miguel from “Coco,” plus Merida, Moana, The Incredibles, Mirabel from Encanto and more.

Fantasy Friends Cavalcade
This one is led by Merida riding her horse Angus as other Disney princesses make their way down Main Street, USA.

The Mickey and Friends Cavalcade
The fab five show up throughout the day on the traditional Magic Kingdom Parade route. Which stretches from Frontierland to the Firehouse on Main Street, USA. This one features Mickey and Minnie Mouse, Donald and Daisy, Goofy and Pluto, and more.

A Goofy Cavalcade
Includes Goofy, the Country Bears, and other Disney Friends

Tinkerbell and the Lost Treasure
Tinkerbell shows up on one of our favorite floats from Mickey’s Halloween Party. Atop her giant treasure chest, Tink takes to the Magic Kingdom Parade route spreading pixie dust wherever she goes. 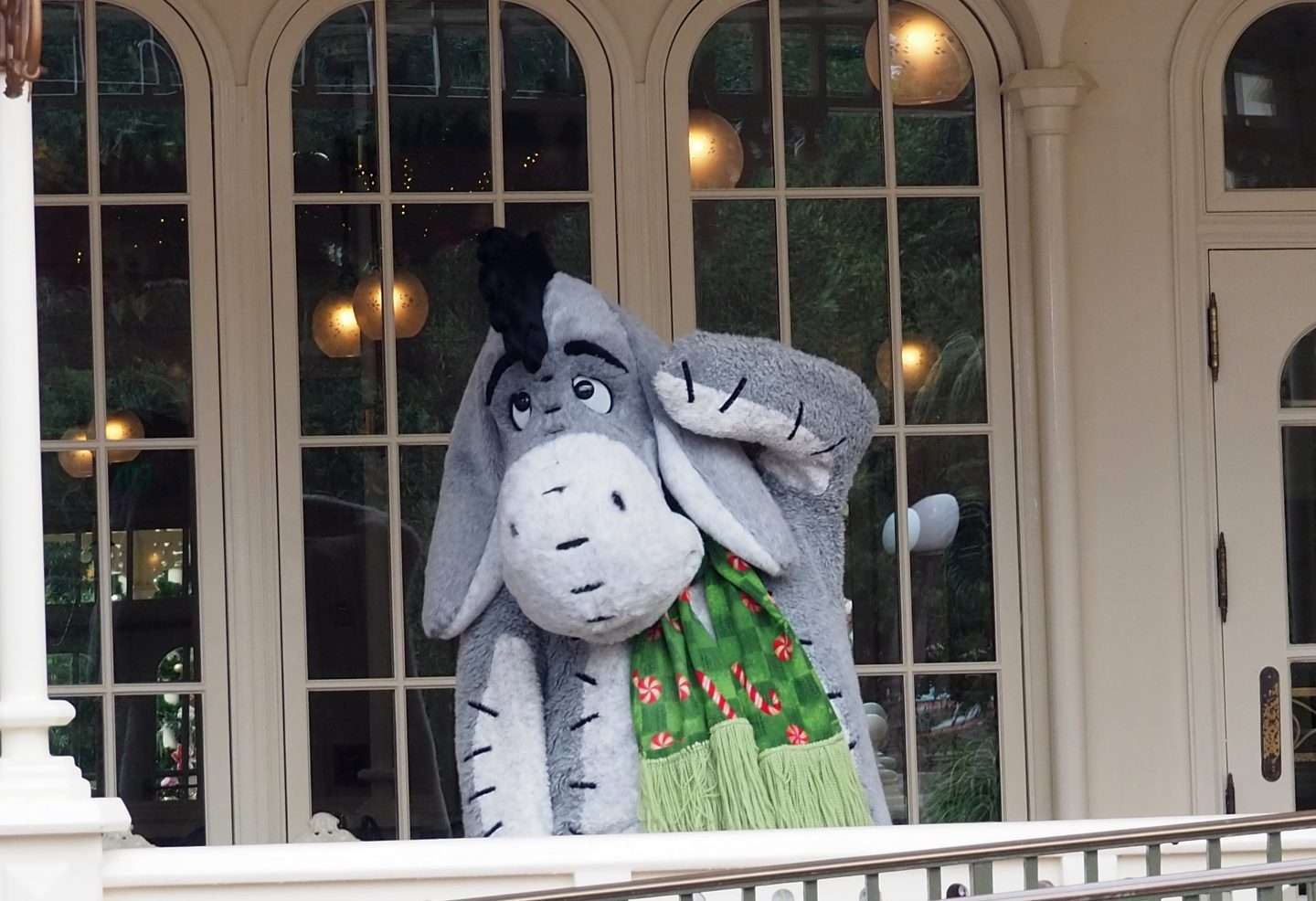 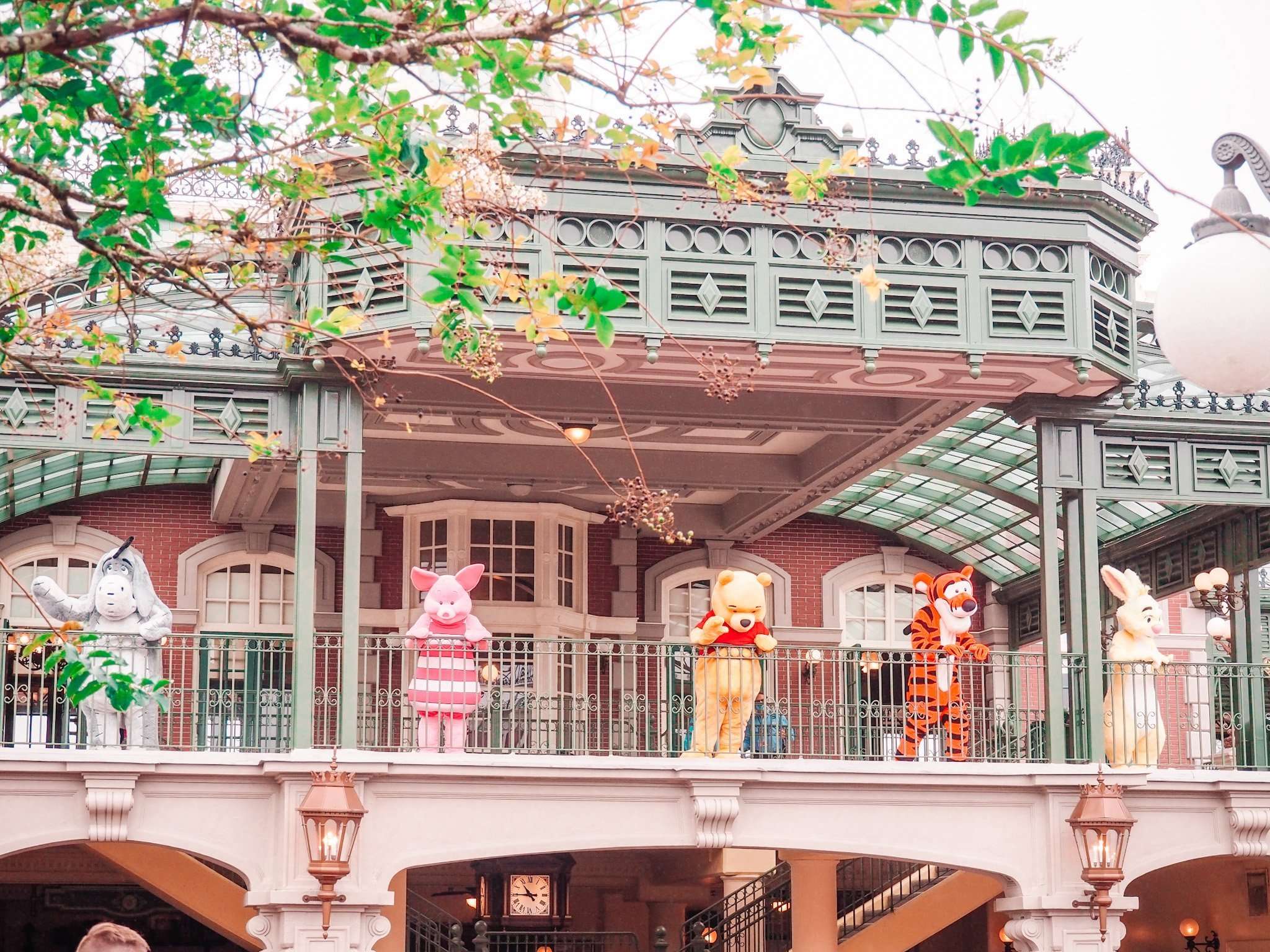 With so many characters across Magic Kingdom, you may just be lucky to spot one throughout your day in the park! Here are all the Disney Characters coming out to play and where to find them.

Peter Pan in Fantasyland near the Neverland wall. Starting July 10.

Eeyore, Rabbit, and Piglet travel in a trolley down Main Street USA throughout the day.

You can find Chip ‘n’ Dale also cruising on a raft down the Rivers of America, near Liberty Square.

Anastasia and Drizella can be found on the balcony of Cinderella’s Castle in Fantasyland, facing the carousel. They come out throughout the day so be sure to catch a glimpse!

Our favorite spacemen, Stitch and Buzz are staples in Tomorrowland and can be found at the Rockettower Plaza Stage

You can still find Captain Jack Sparrow in Adventureland near Pirates of the Caribbean swaggering to his heart’s content.

Belle, our favorite beauty, can be found in her blue dress at the Enchanted Tales with Belle cottage. Note, the attraction is still closed, but you can usually see her waving from the queue line or strolling the area.

The Beast still shows up in his castle sporadically if you are lucky enough to grab reservations to Be Our Guest for lunch or dinner. 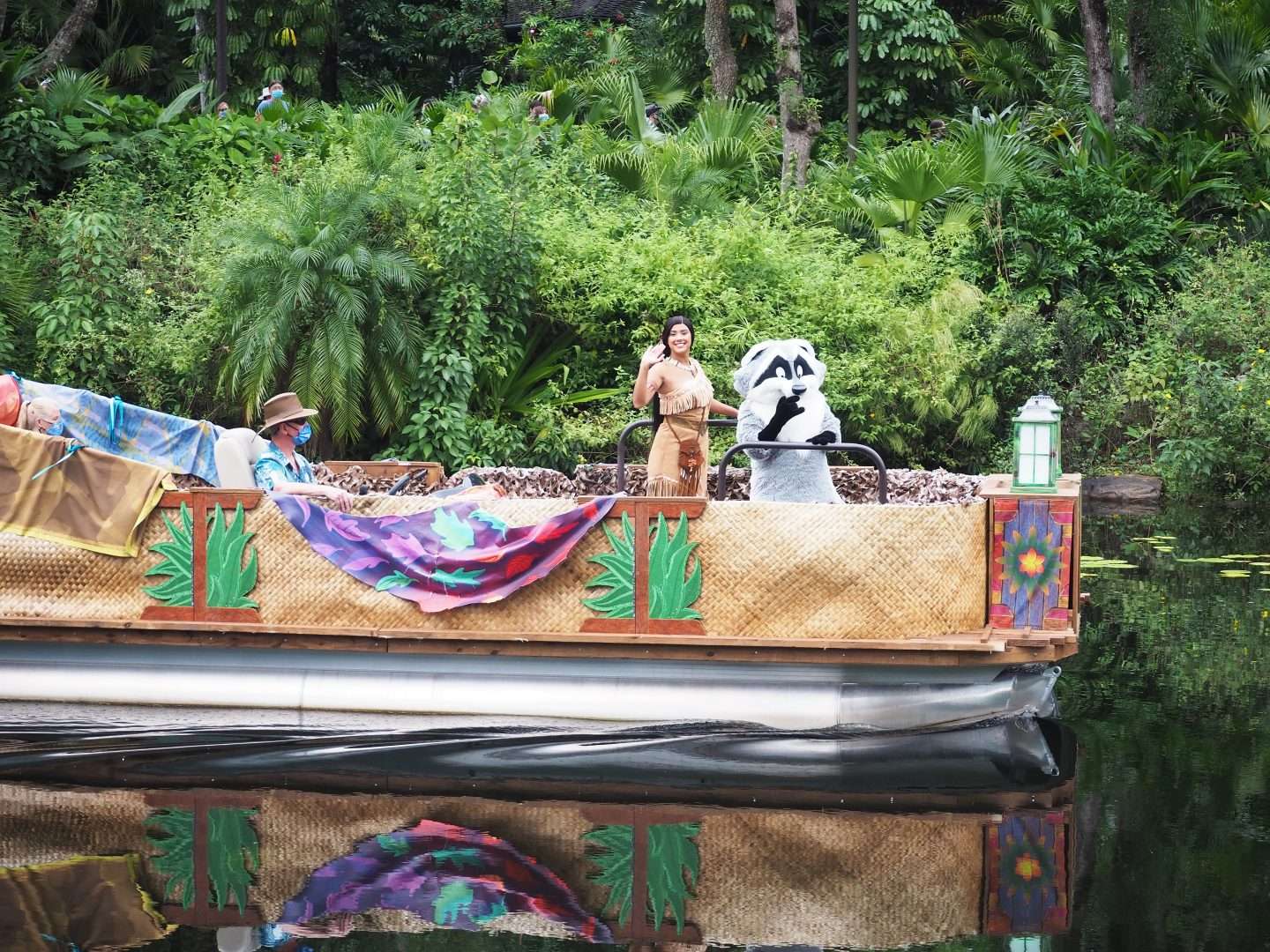 Animal Kingdom typically has dance parties, meet and greets, and more, but due to the pandemic, the characters have instead taken to the river for some distanced fun! You can find most of our favorite Animal Kingdom characters on flotillas, so be sure to keep an eye out!

Adventure Flotilla at Animal Kingdom
The newest character cavalcade to show up in the parks arrives in Animal Kingdom. Sailing down the Discovery River you can see Dug and Russell, as well as Donald and Friends. This flotilla shows up throughout the day so be on the lookout.

Donald’s Dino Bash Flotilla
This boat travels on the Discovery River throughout the day from Pandora to Dinoland. This boat cavalcade features Donald, Daisy, and Launchpad McQuack. All dressed up in party boat attire.

Goofy and Pals Set Sail Cruise
Chip, Dale, and Goofy show up on this cruise, taking a break from their duties over in Dinoland

Kevin from UP is still being seen around Discovery Island is our favorite tropical bird, Kevin from UP. While you may not see him interacting with his surroundings and waving like the other characters he’s still fun addition of magic to your Animal Kingdom day. 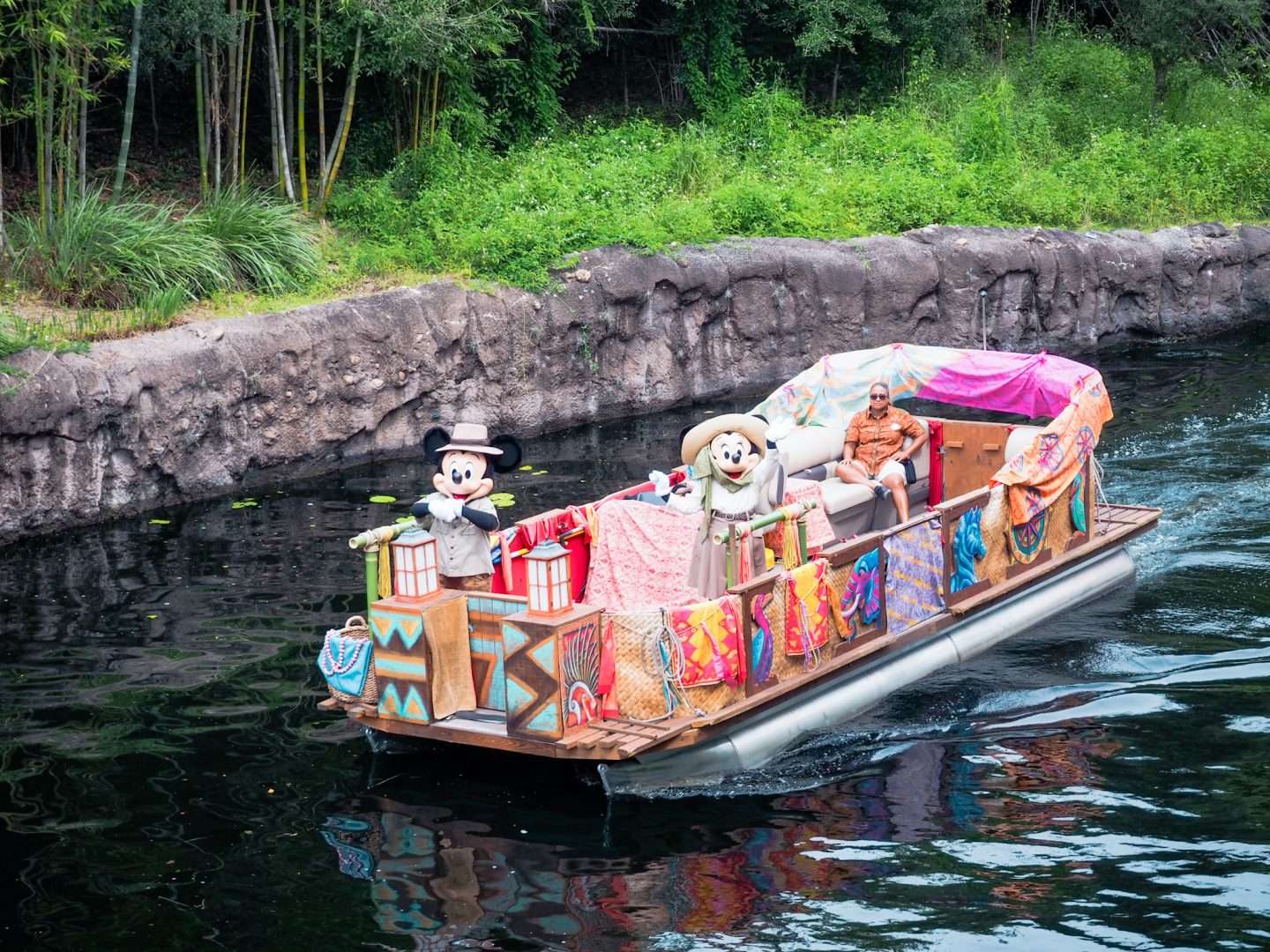 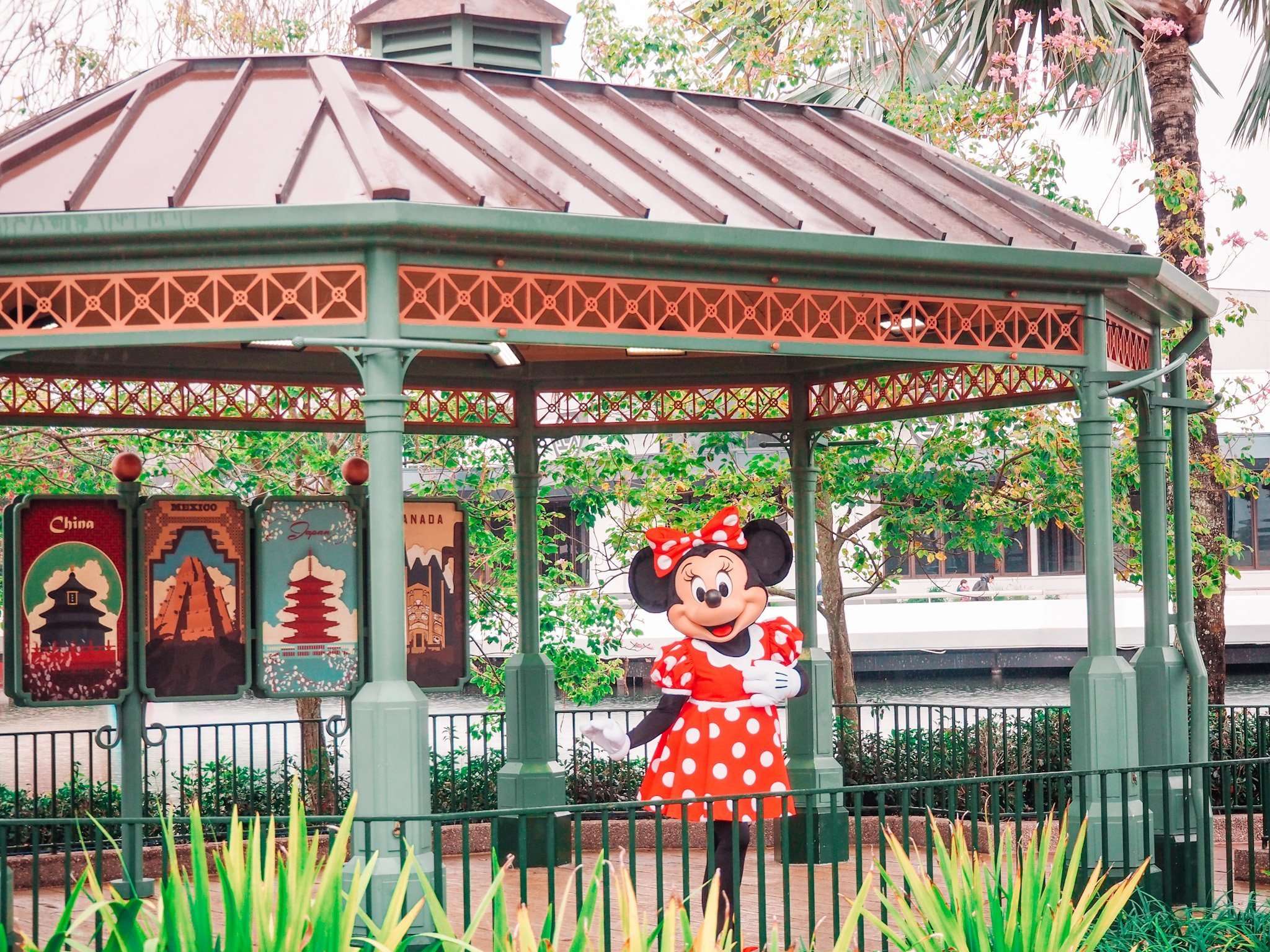 By far one of the more active parks for Disney Characters we’re seeing them everywhere! From cavalcades to impromptu sightings across the park, here is everywhere you can find Disney characters at EPCOT.

Mickey and Friends World Tour Cavalcade
Watch Mickey, Minnie, Pluto, and Goofy as they cruise through the World Showcase

Frozen Promenade Character Cavalcade
And you can spot our favorite sisters Anna and Elsa seated in the Royal Carriage on parade for the Frozen Promenade that travels around World Showcase.

As EPCOT begins transitioning to more of a family park with a focus on Disney films, we’re seeing more and more characters out and about in the park! Take a look at these fun appearances happening throughout the day.

Minnie Mouse at the Pavilion near the Port of Entry

Joy from Inside Out takes to the lawn to twirl around and be joyful!

Winnie the Pooh can be found in EPCOT usually hunting for butterflies!

Mary Poppins usually takes up her practically perfect place in the shade of the U.K. Gazebo near the courtyard gardens. Which are dressed up as fairy gardens during the Flower and Garden Festival each year.

Alice in Wonderland can also be found at the Gazebo in the courtyard garden, usually causing mischief of some sort and enjoying the day! Anyone up for skipping?

Chip, Dale, Mickey, and Pluto get dressed up in their farming gear for their Garden Grill appearances in EPCOT’s The Land Building. While you can catch a glimpse just by walking by the restaurant, booking reservations allows you some closer interactions. 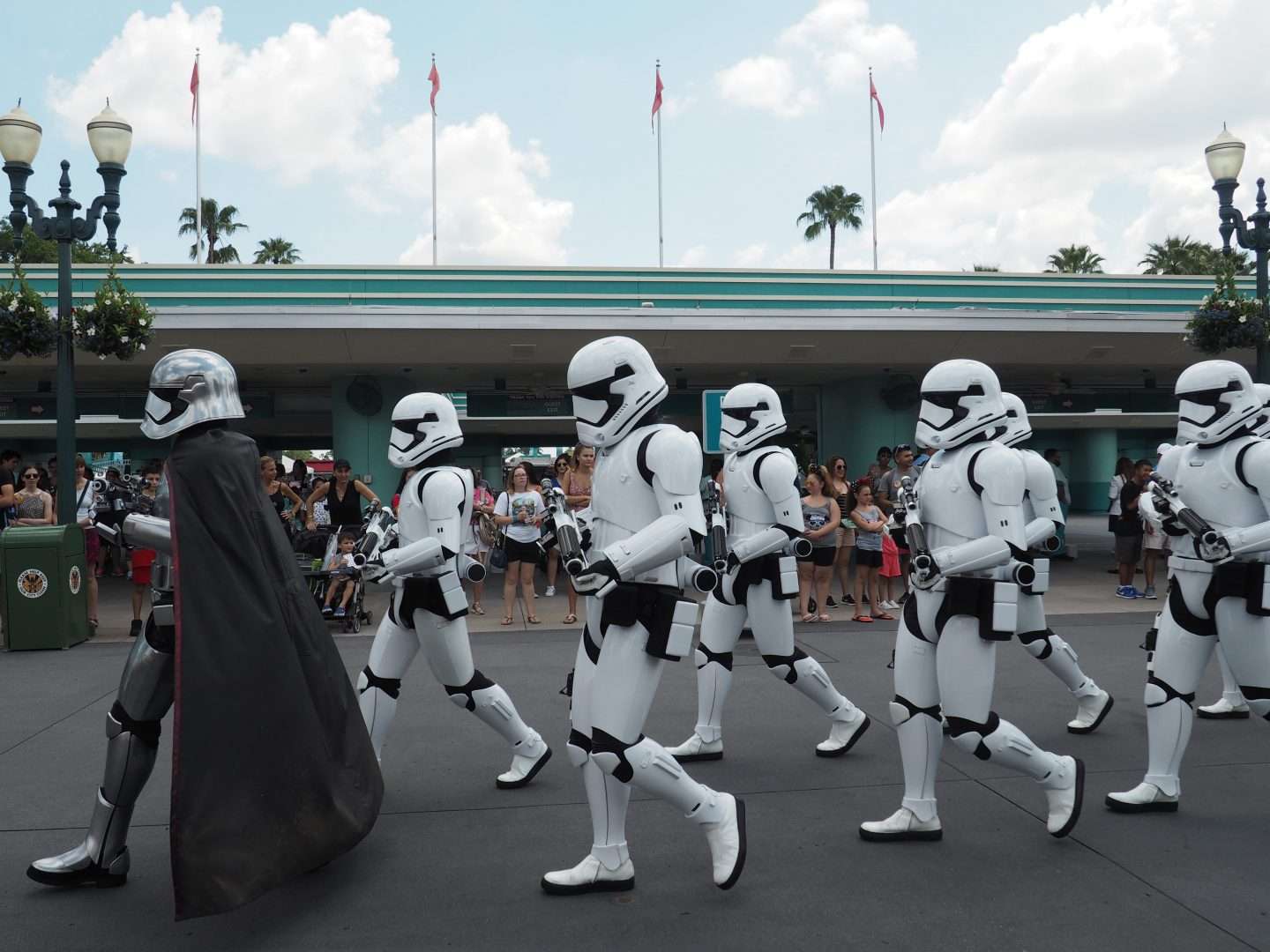 Visiting Hollywood Studios is all about diving into the worlds of film. As a result, you can get your fill of Star Wars and Toy Story characters now in motorcades and seen from afar. Check out all the places you can find Disney Characters at Hollywood Studios.

Pixar Pals Motorcade
Hang out with all your favorite Pixar characters in this happy motorcade featuring the Incredibles and the Toy Story crew. You can see Woody and Jessie in their rodeo gear. Buzz Lightyear in his space cruiser. And Edna Mode driving in style down Hollywood Boulevard. Plus Sully from Monsters Inc. gets in on the fun too! All led by the Green Army Men drumming to the beat along the way.

Disney Junior Stars Play and Dance Motorcade
The kids can spot Fancy Nancy, Doc McStuffins, and Vampirina in fancy-colored convertibles in the Disney Junior Stars Motorcade! High energy music is part of this experience, so a great time to dance out that extra energy!

Mickey and Friends Motorcade
Mickey and Minnie Mouse, Pluto and Chip and Dale all get together in this motorcade. Dressed their best and featuring themed cute cars, and fun music down the Hollywood Studios parade route.

Rey, Chewbacca, Vi Moradi can be found in Star Wars Galaxy’s Edge on platforms above the garage in the Black Spire Station or the Millennium Falcon’s spaceport. Ready to recruit visitors to join the Resistance.

Kylo Ren and the Storm Troopers can be found in Galaxy’s Edge as well, near First Order’s TIE Echelon ( across from the Milk Stand) ready to lure you to the Dark Side.

Donald Duck can be found out and about with his watering can, gardening wherever he can!

Chip and Dale are often found on the lawn near the Brown Derby setting up for a picnic of acorns and fun.

Goofy is sometimes spotted on top of the Hyperion Theater just waving to passersby! 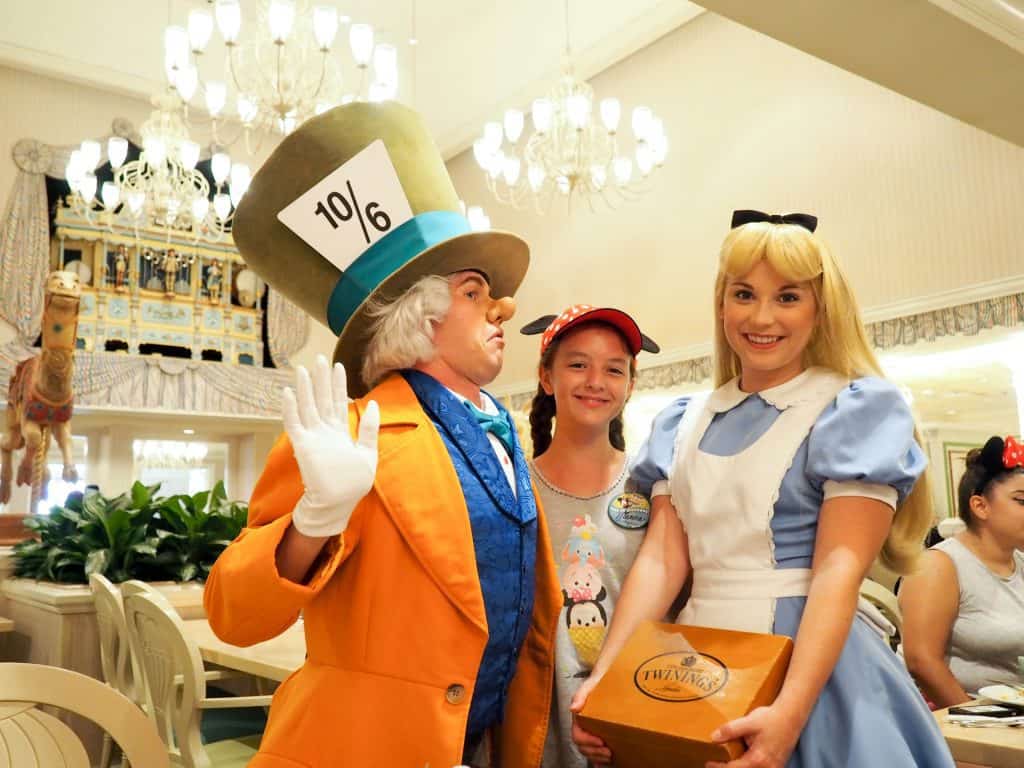 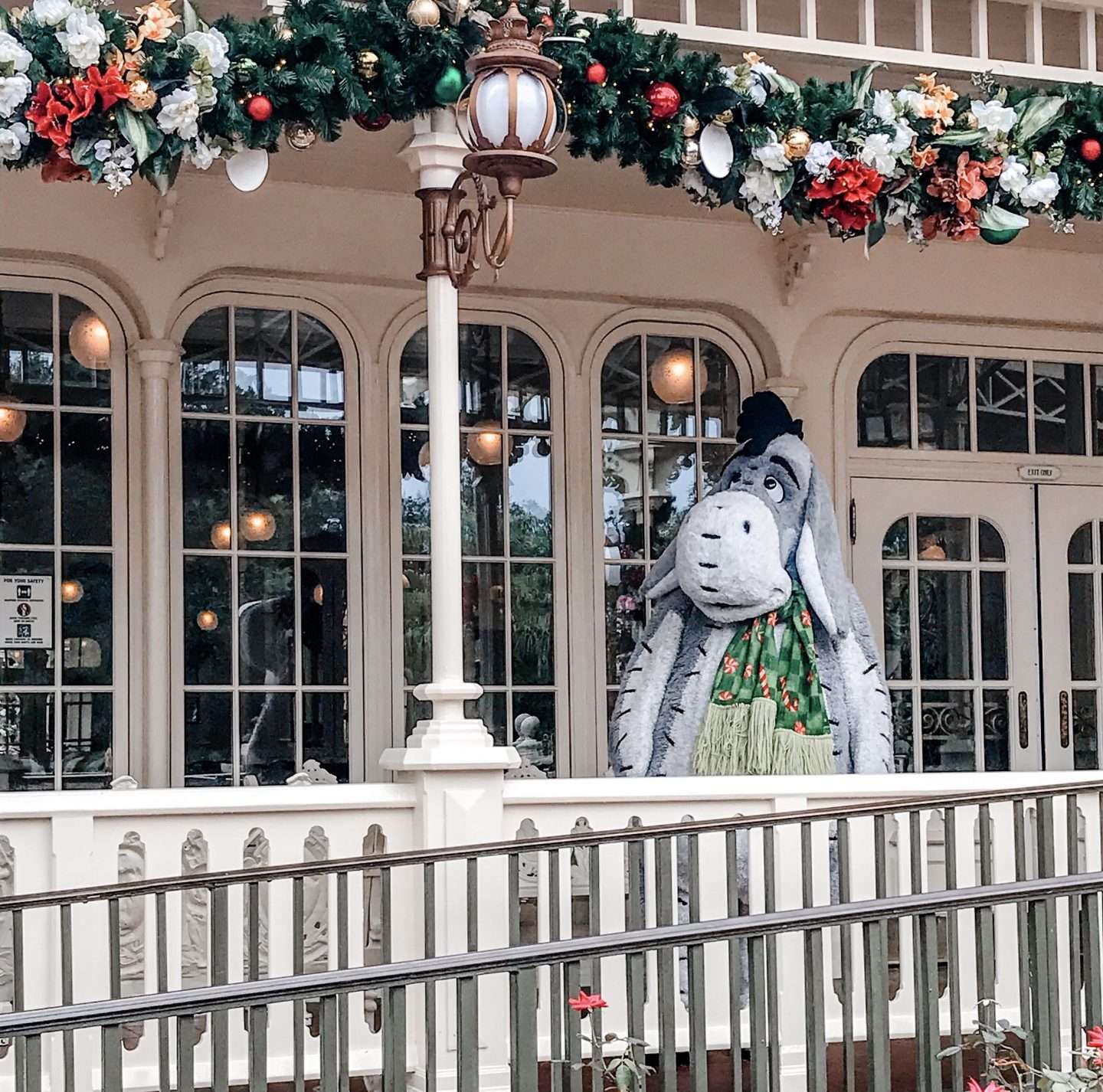 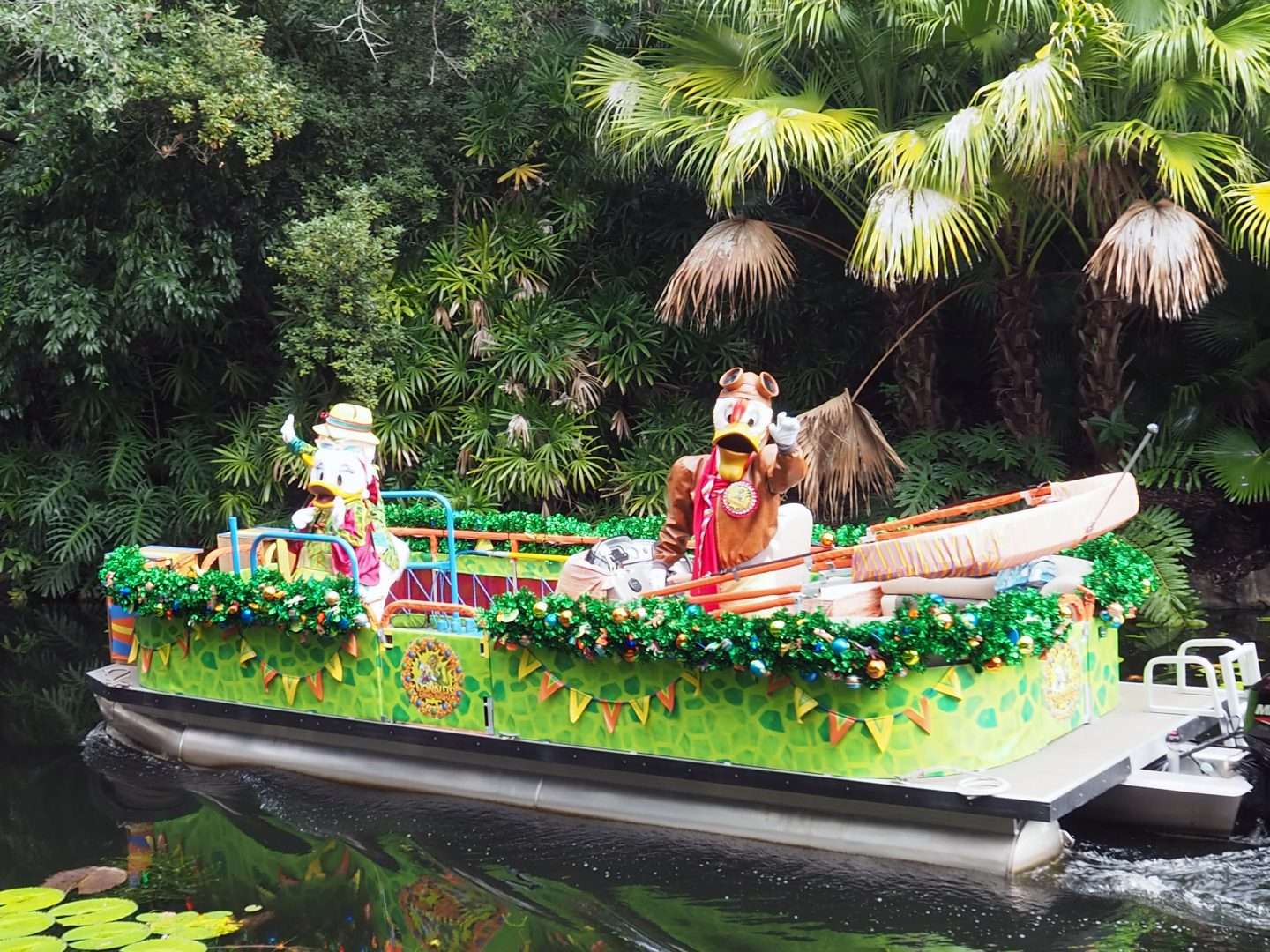 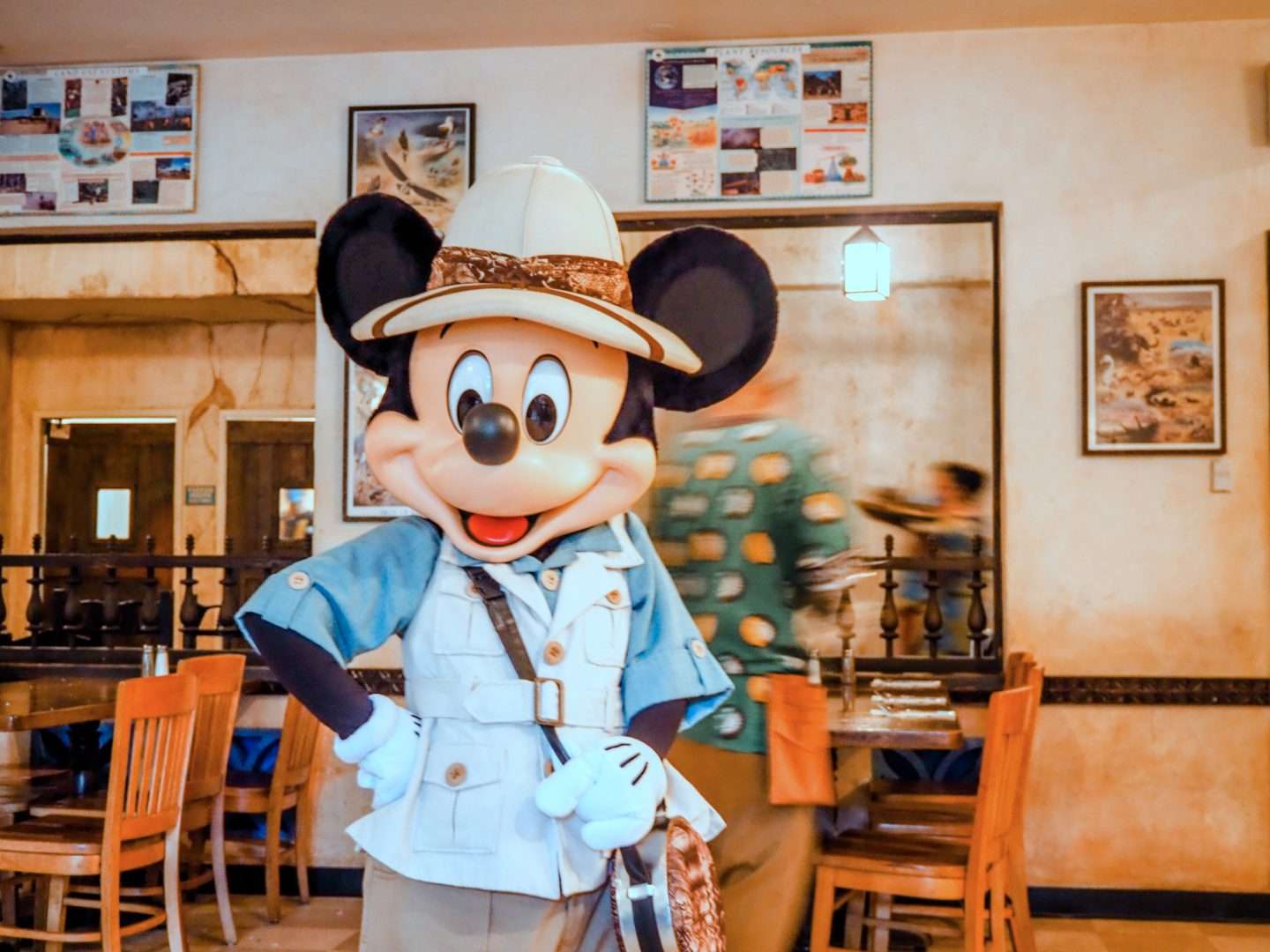 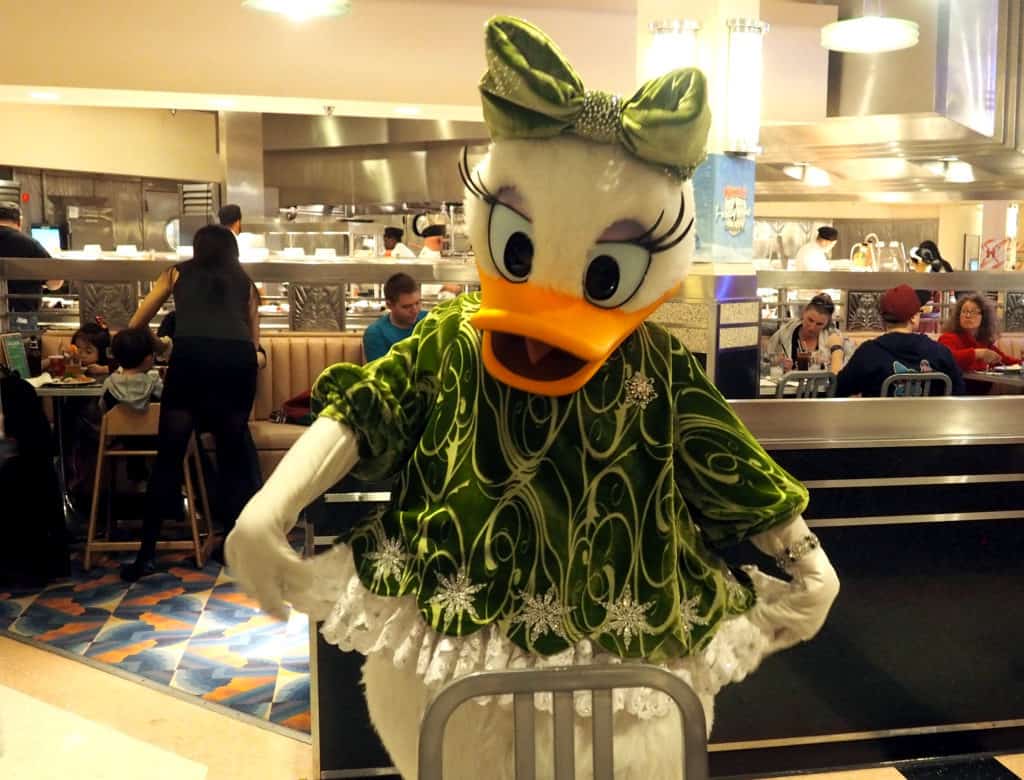 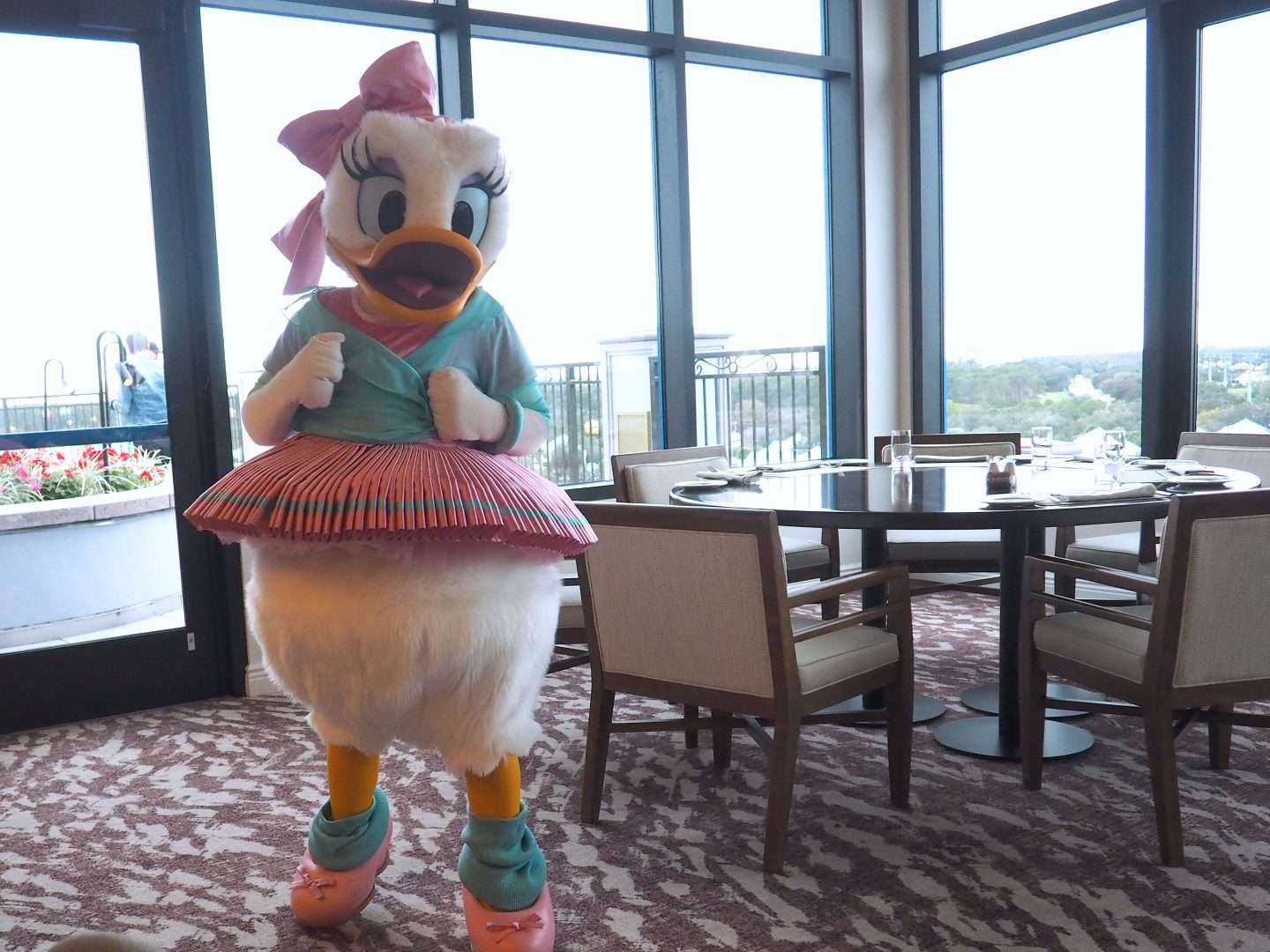 Cape May Cafe at The Beach Club Resort. Minnie, Donald, Goofy, and Daisy show up in their beach attire.

Garden Grove at the Swan Hotel. Goofy, Pluto, Chip and Dale show up at Disney’s Swan Hotel seasonally. The Swan Hotel is just off the Disney Boardwalk.

Trattoria al Forno at Boardwalk Resort. Ariel, Prince Eric, Rapunzel, and Flynn Rider show up for the Bon Voyage Breakfast at this resort on Disney’s Boardwalk.

There’s a lot to do at Walt Disney World. Hopefully, this list has made it a little easier to figure out what Disney Characters need to be on your Disney Checklist and where to find them! 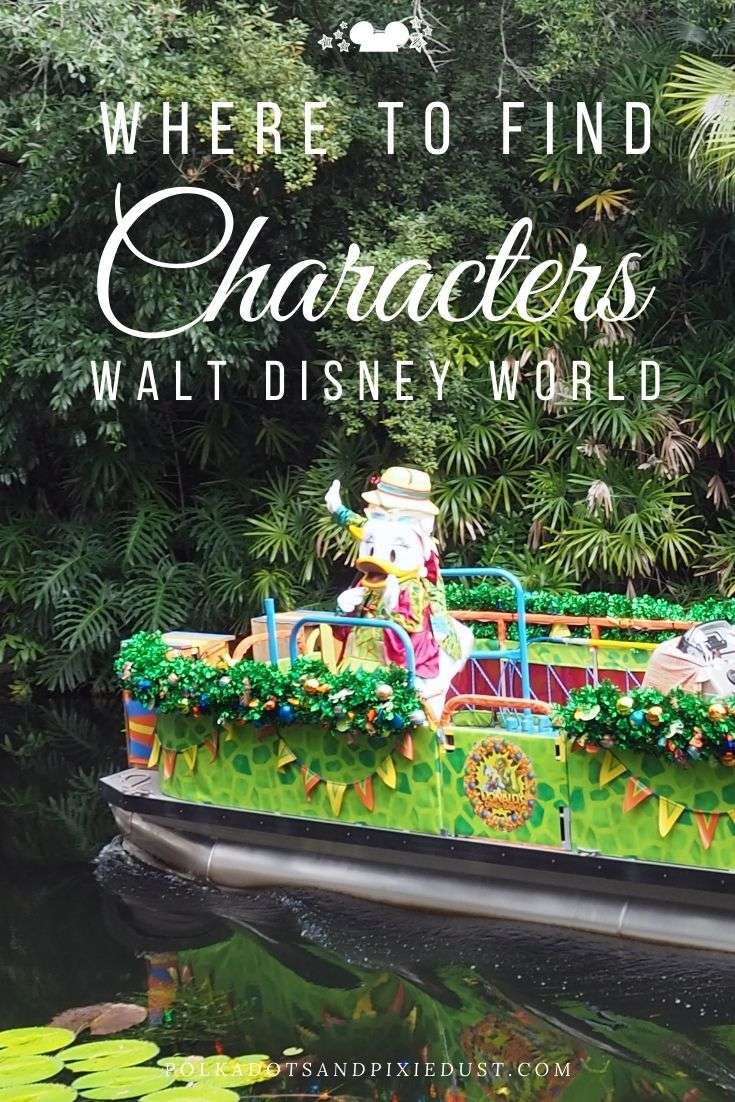 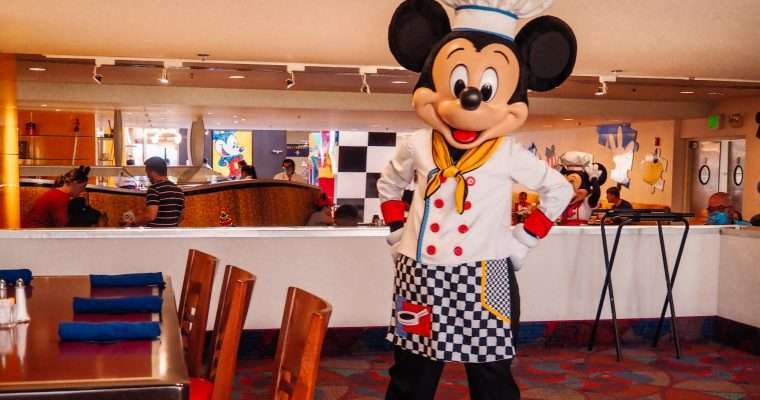