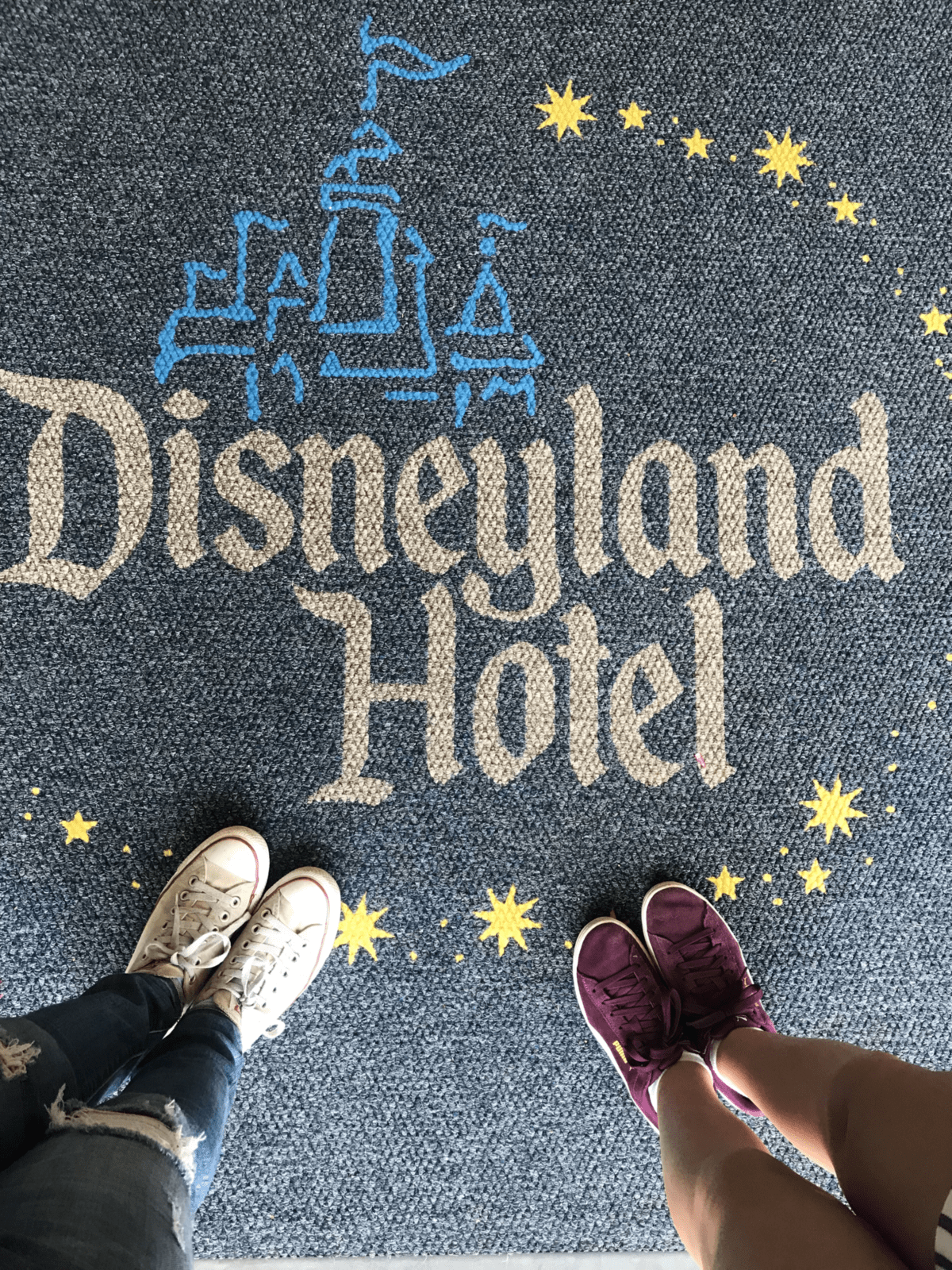 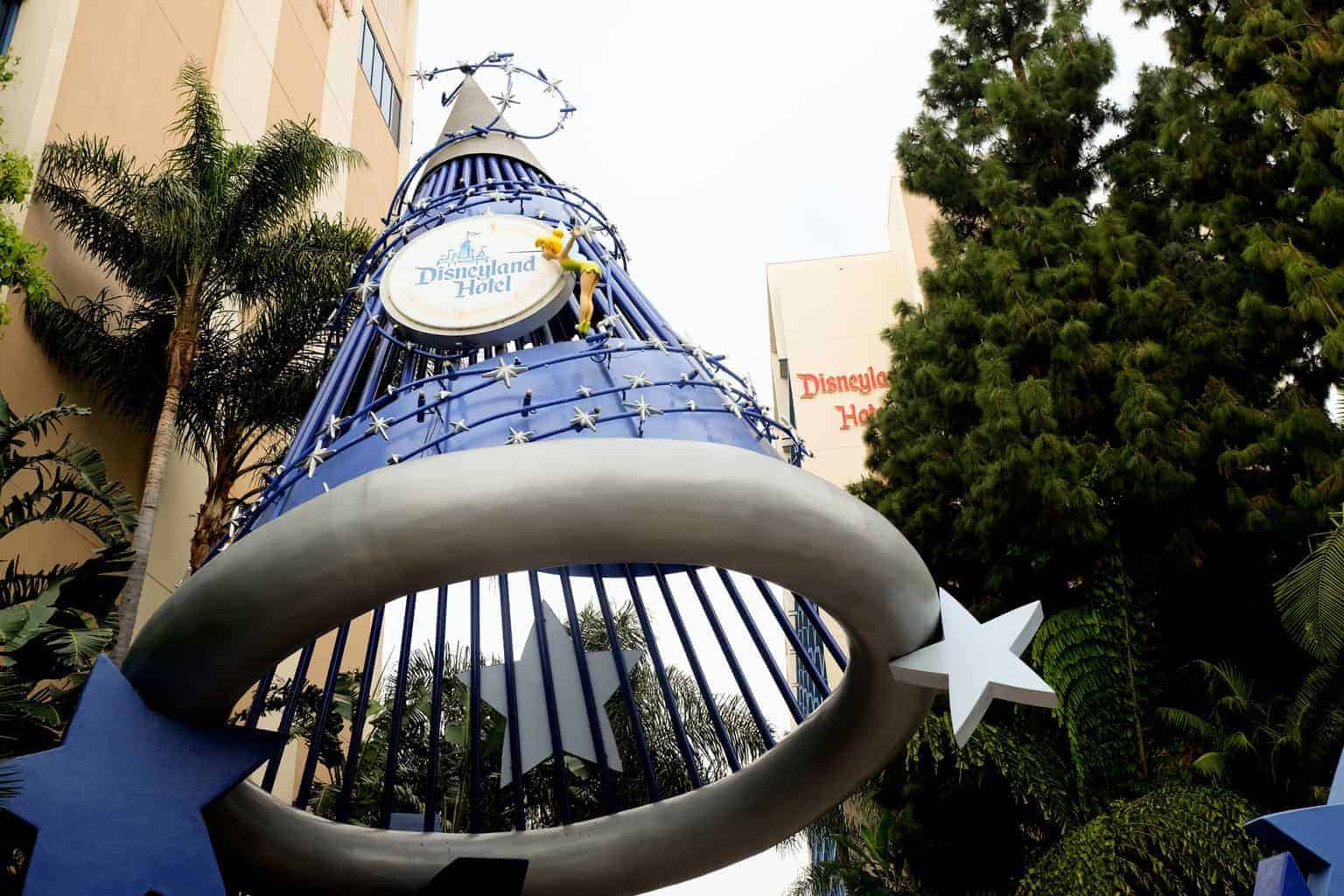 Is Disneyland Hotel Worth the Cost?

First of all, let me start by saying, if you are on a budget, the Disneyland Hotel is not worth the extra cost. I really don’t like starting the post off like that, but I also don’t want to make the very budget-conscious Disneyland traveler read this entire post just to find out my opinion on that. Check out our post on Staying On or Off Property at Disneyland for options for staying near Disneyland Park on a budget. 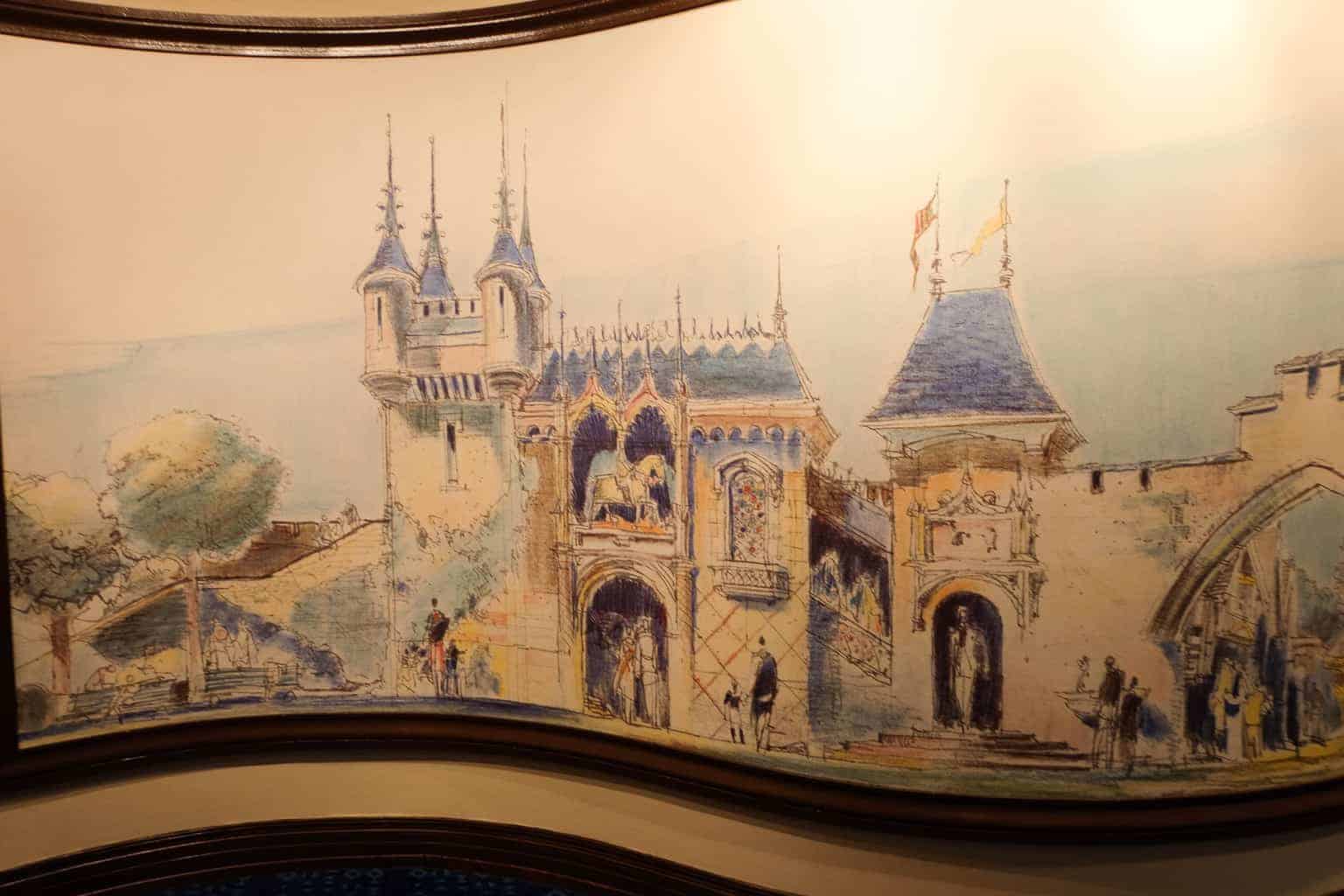 Is it Worth it to Stay on Disneyland Property? 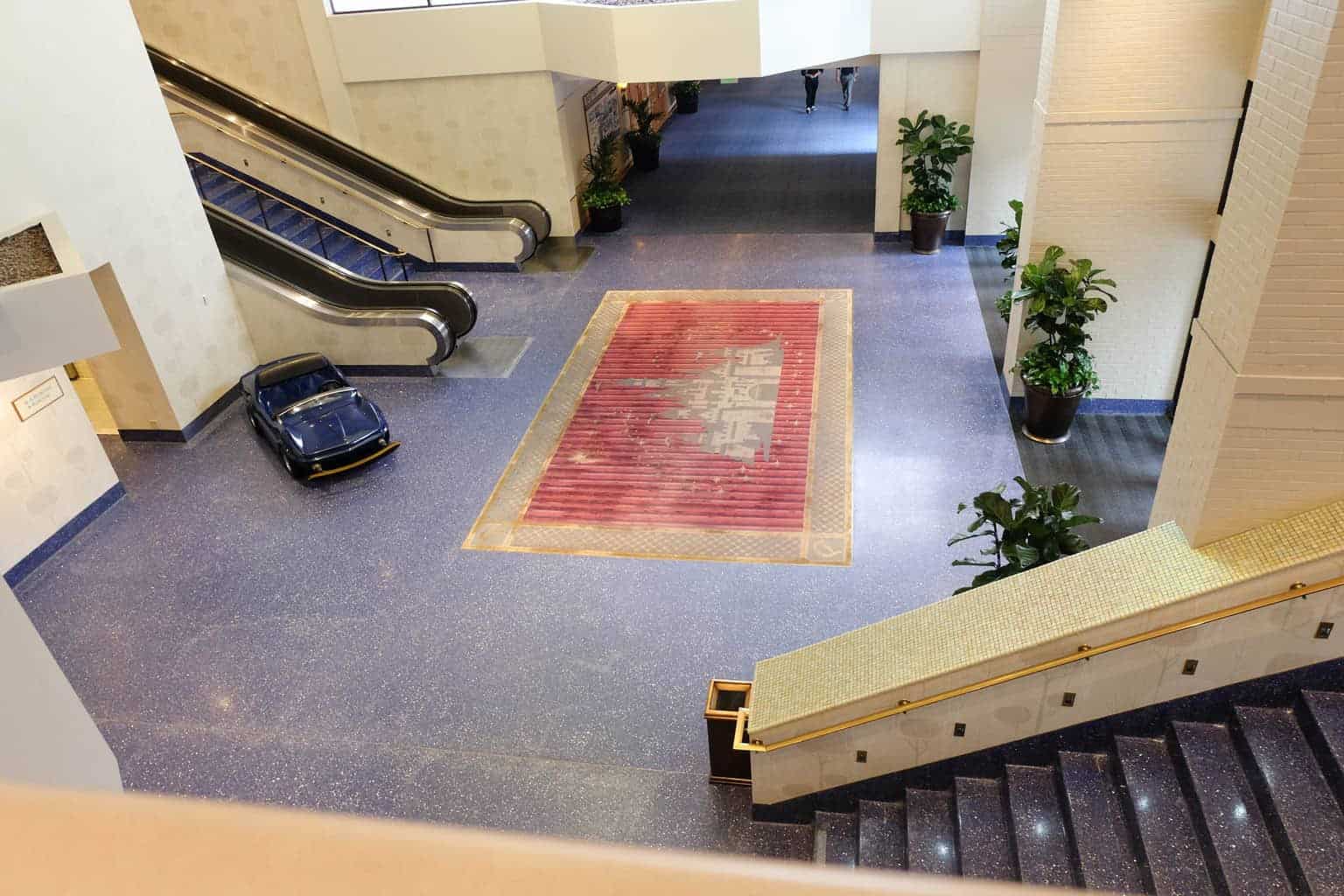 How to Get a Deal for the Disneyland Hotel?

We did get a killer deal by using hotels.com and actually saved about $200/night, which I was pretty thrilled about. It was still not cheap, but definitely more affordable. I would recommend checking third-party sites before booking directly, simply because you still get all of the same perks and usually at a lower cost. We also love  Get Away Today for cheap and surprise resort deals, check out the Disneyland Hotel Deals. 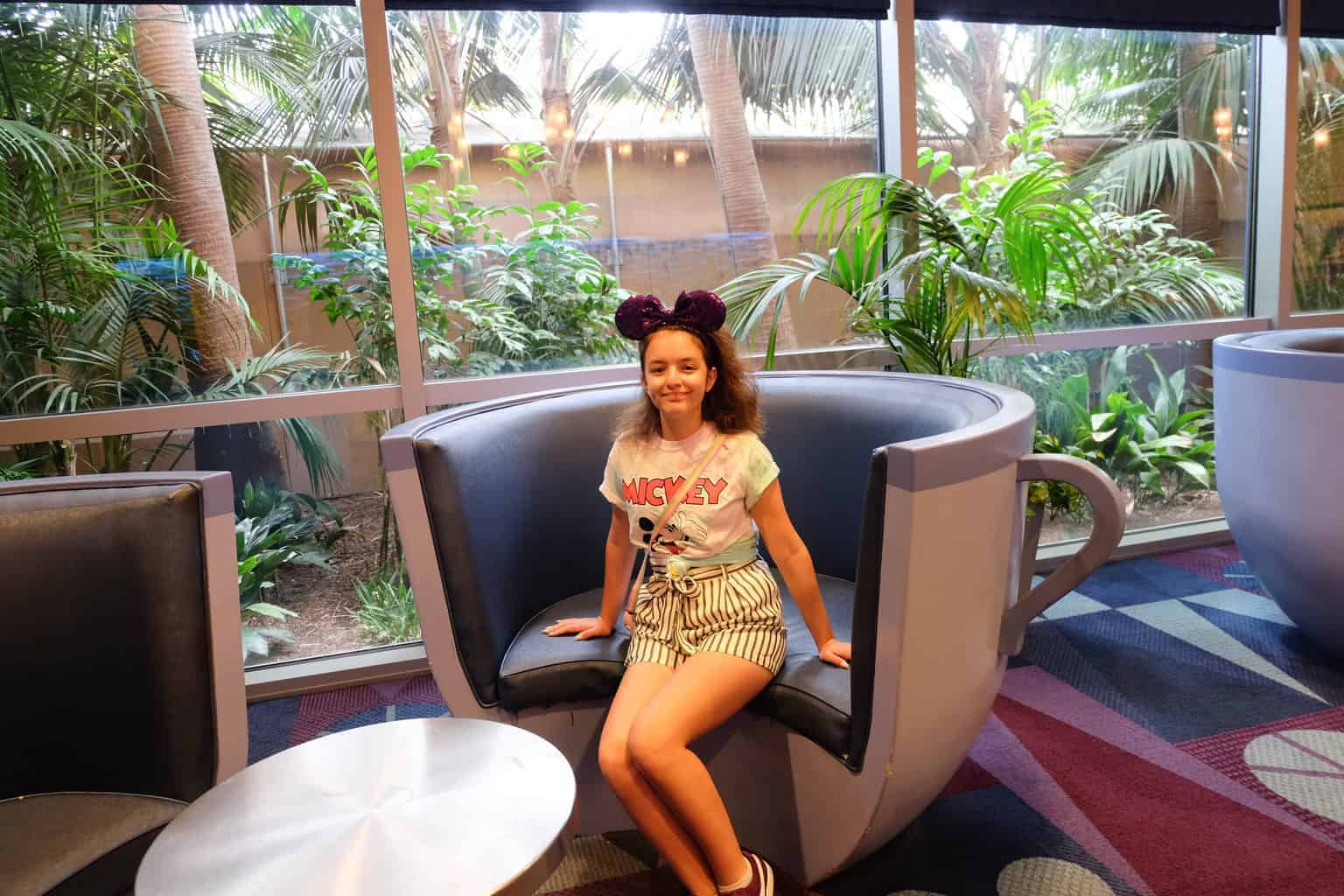 The hotel just got a huge refurb a few years ago and is super fun and magical now. We stayed in a standard room, which was pretty “standard” as far as size goes. We stayed in two other Anaheim area hotels during this trip and honestly, all of the rooms were pretty close to the same size. Of course, we loved the theming of the room and the magical headboards are a seriously fun touch of magic. And be on the lookout for little Mickeys throughout the room and the hotel; there are lots of added little touches and we loved finding them. 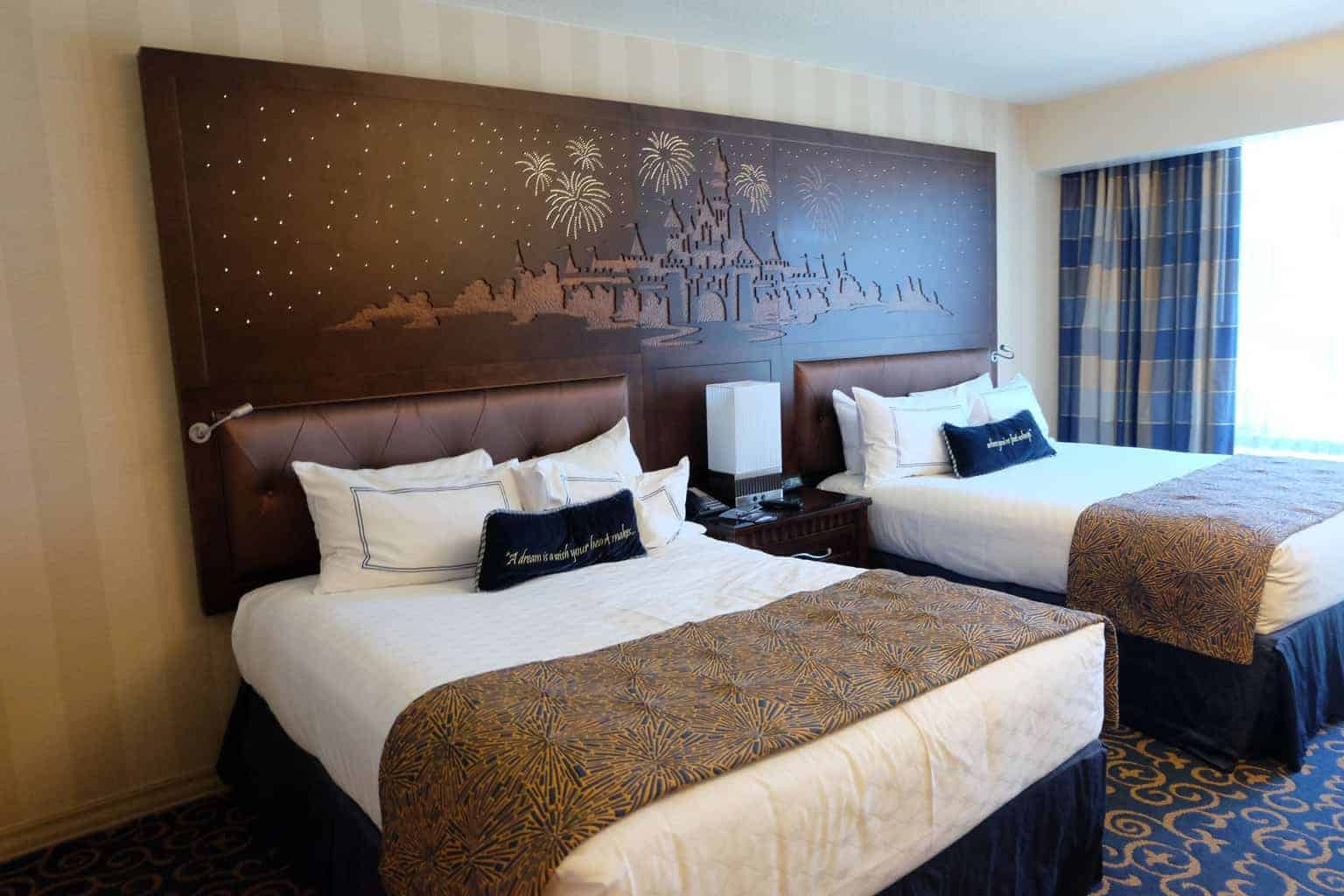 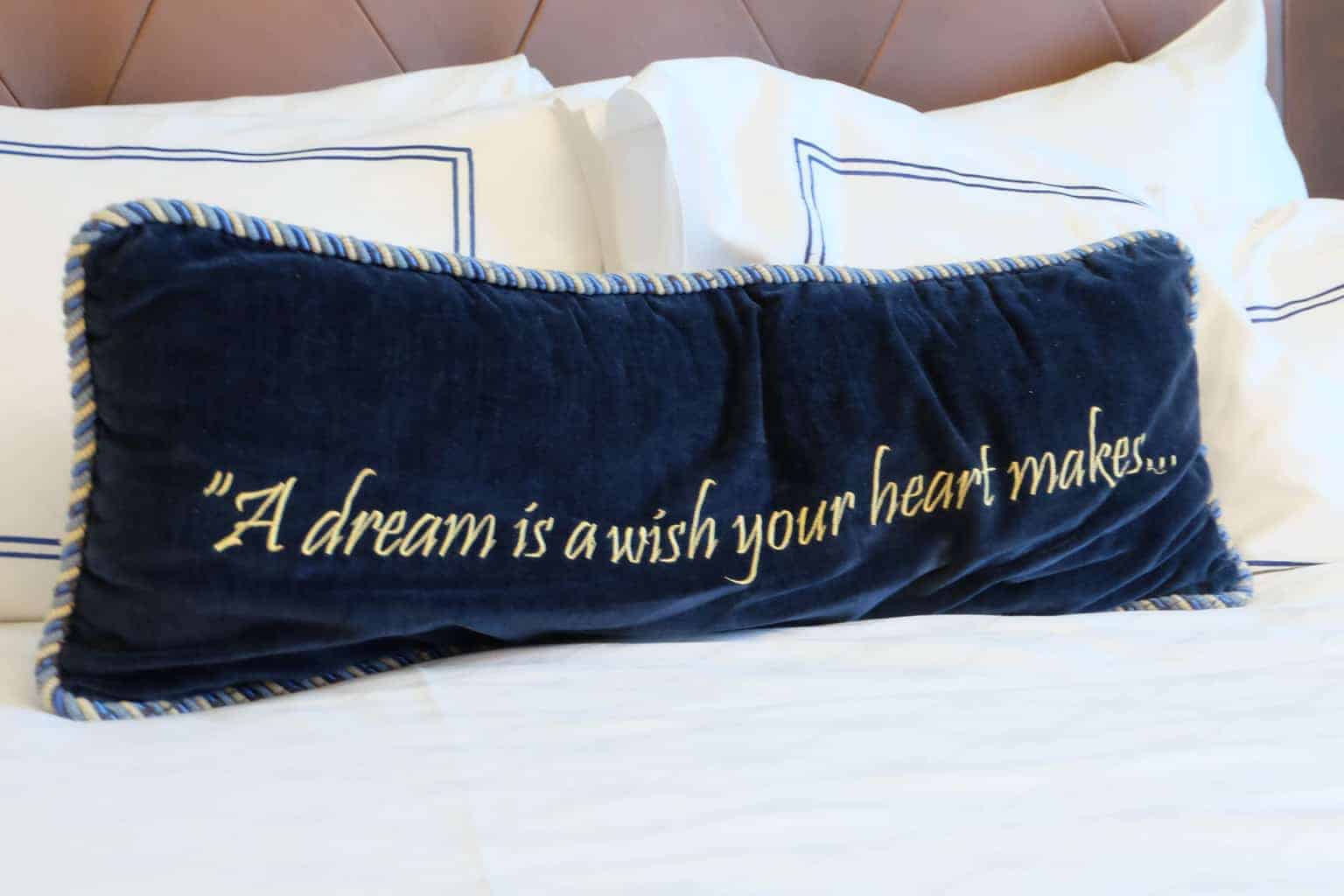 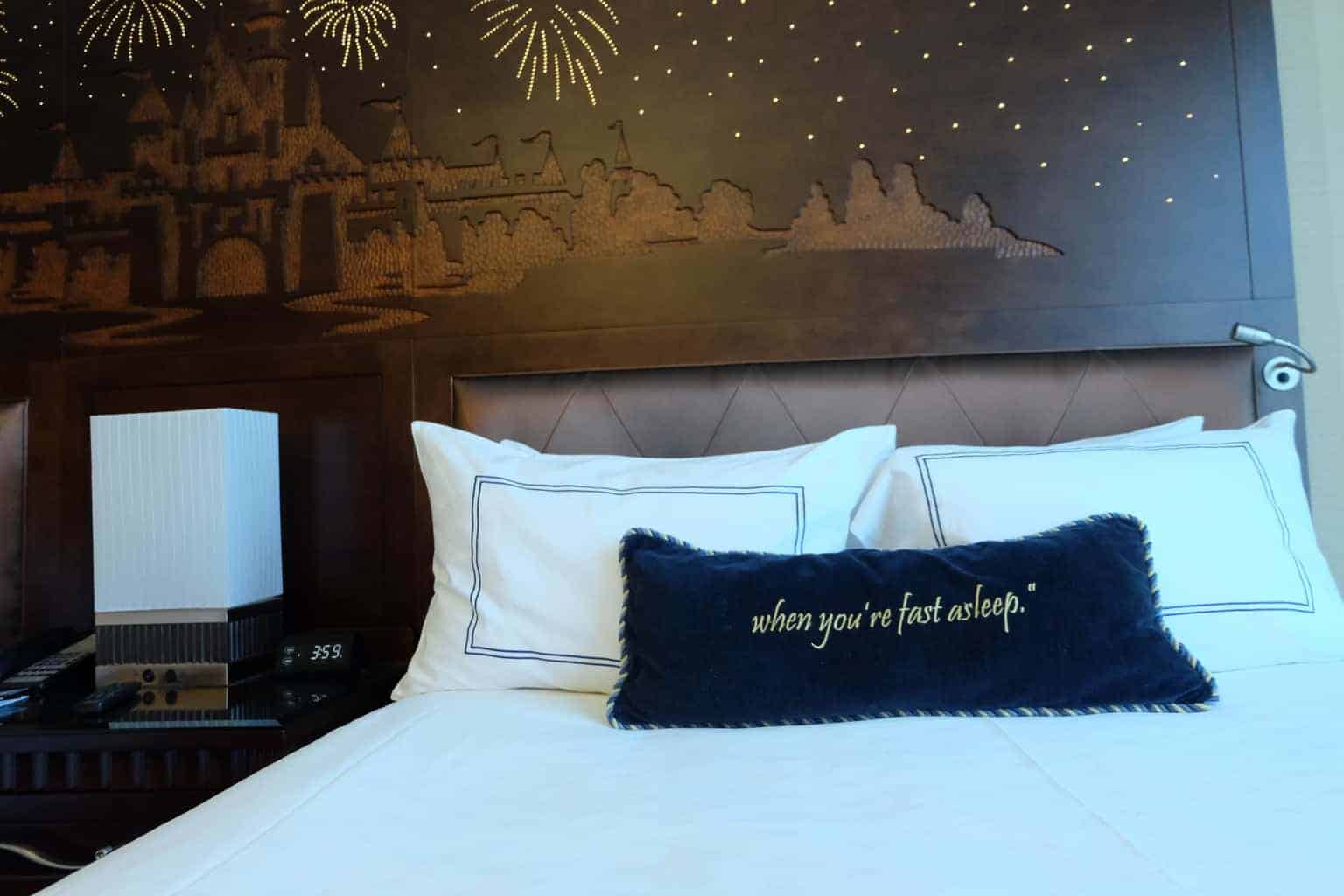 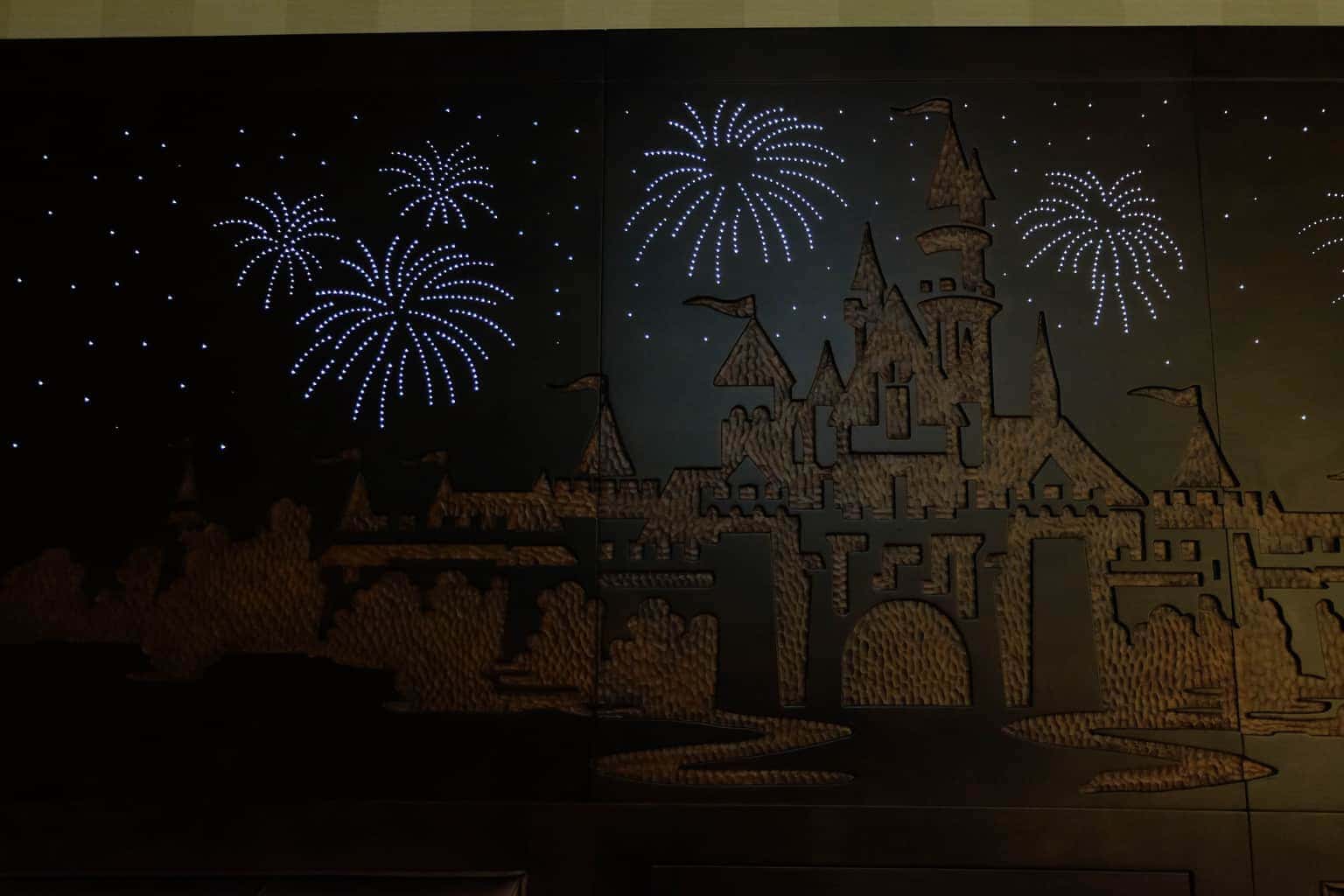 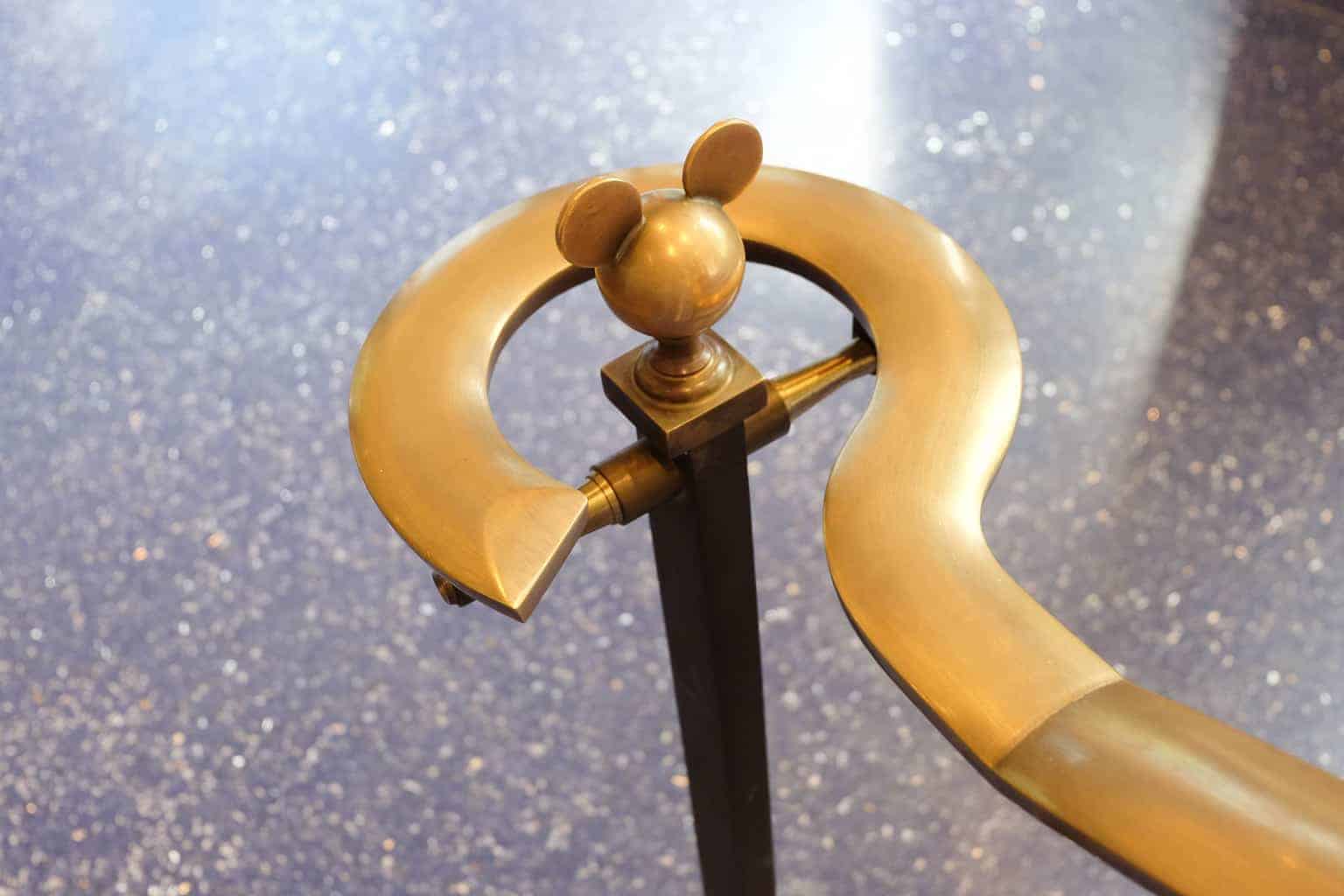 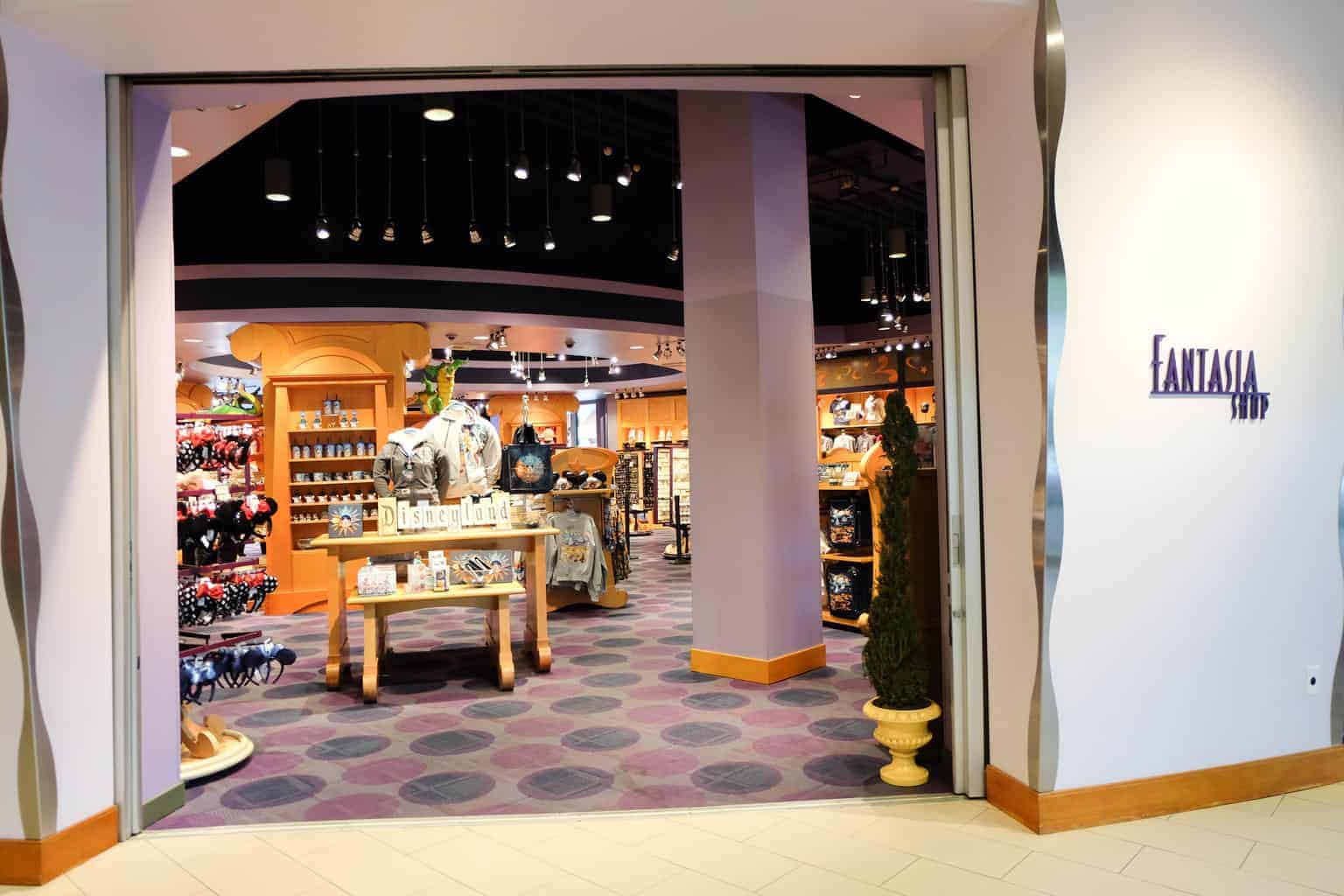 In the Disneyland Hotel, there is a gift shop, Goofy’s Kitchen, which is a sit-down restaurant, and the Coffee House. While we did not eat at Goofy’s Kitchen, it is considered the quintessential classic Disneyland restaurant. We did however stop at the Coffee House. They have more than just coffee and we ended up getting a donut along with dole whip, because, well why not? 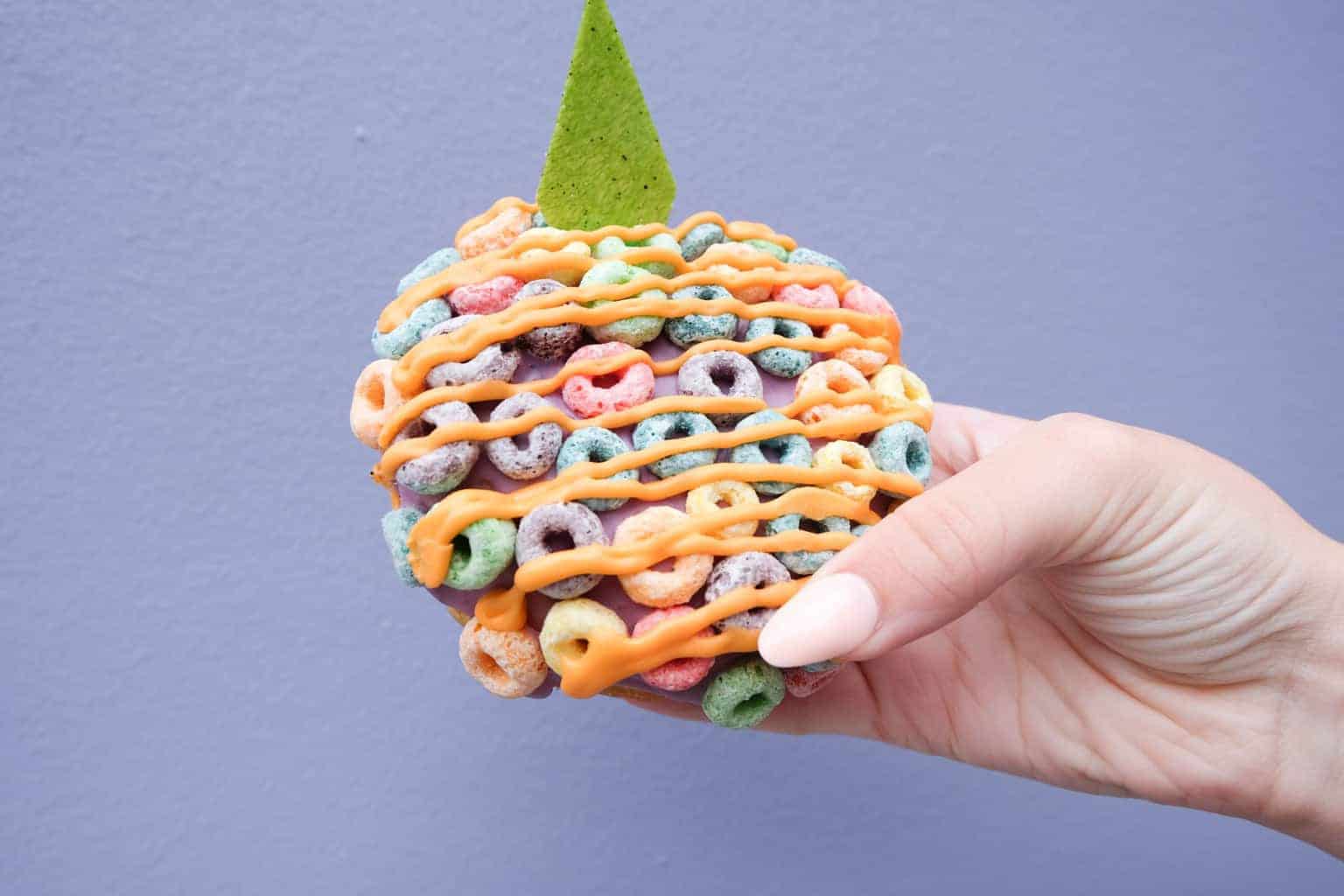 Does Disneyland Hotel Have Dole Whip?

I actually didn’t realize that this hotel had dole whip, so this was a nice surprise. Thankfully, the Coffee House is right by the pool, so if you’re visiting Disneyland in warmer weather, grab a dole whip and relax by the pool. 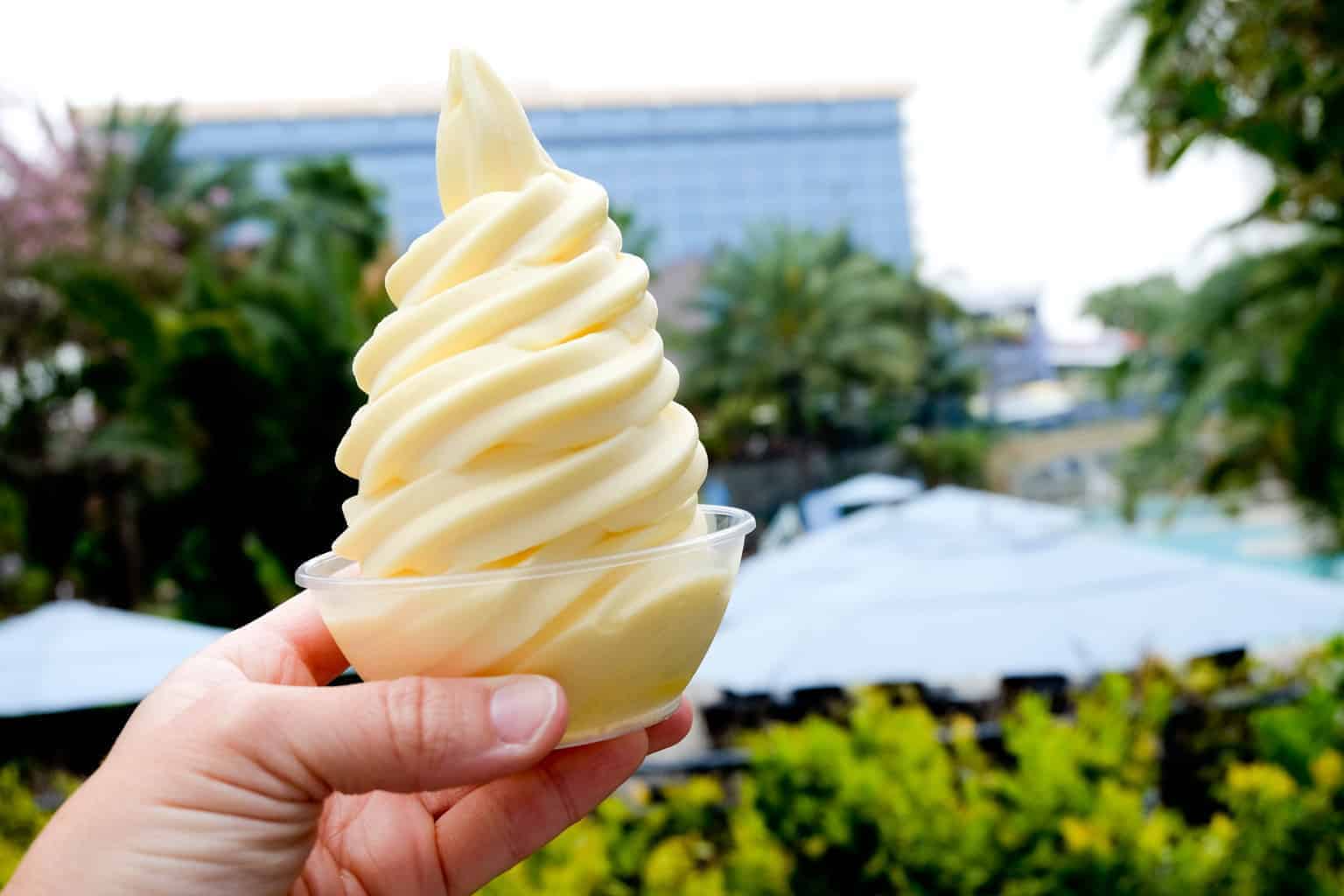 Where is Disneyland Hotel?

To get to the Parks from the Disneyland Hotel is pretty easy, but keep in mind, it’s actually not any closer than staying off property. You have to go through the back of the hotel and into Downtown Disney, where you can take the monorail into Tomorrowland. Or, you can keep walking all the way through Downtown Disney to get there. You’ll go through security to get into Downtown Disney, so you don’t have to worry about all of that later. The Disneyland Hotel is about a 5-minute walk from Downtown Disney. Always nice for a non-Park day or if you want to grab a bite to eat on your way home from the Parks. 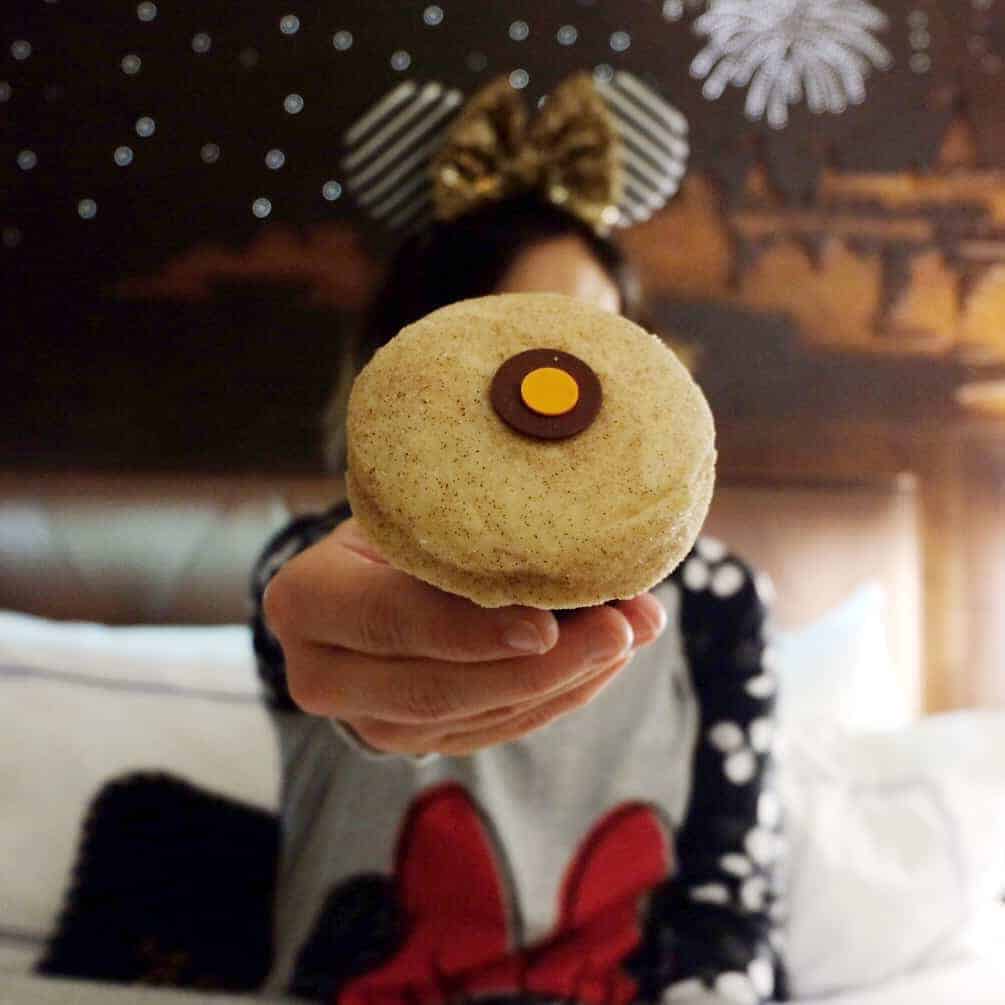 The Perks of Staying at the Disneyland Hotel

The biggest perk of staying at a Disneyland Resort Hotel is that you get the Extra Magic Hour. Extra Magic Hour is only available to Disneyland Resort Hotel (DLR) guests. This will get you in an extra hour early to the Parks on select days. This is not to be confused with Magic Mornings. What makes this a little more of a perk over Magic Mornings is that you can get into Disney California Adventure early. Whereas Magic Mornings are only good for Disneyland. The reason that this is exciting is that Cars Land will get very busy as the day goes on and Radiator Springs Racers will have waits that will make you want to sell your right arm on the black market for a FastPass. That being said, it was a very nice perk to have, but not worth the extra cost just for that one extra. 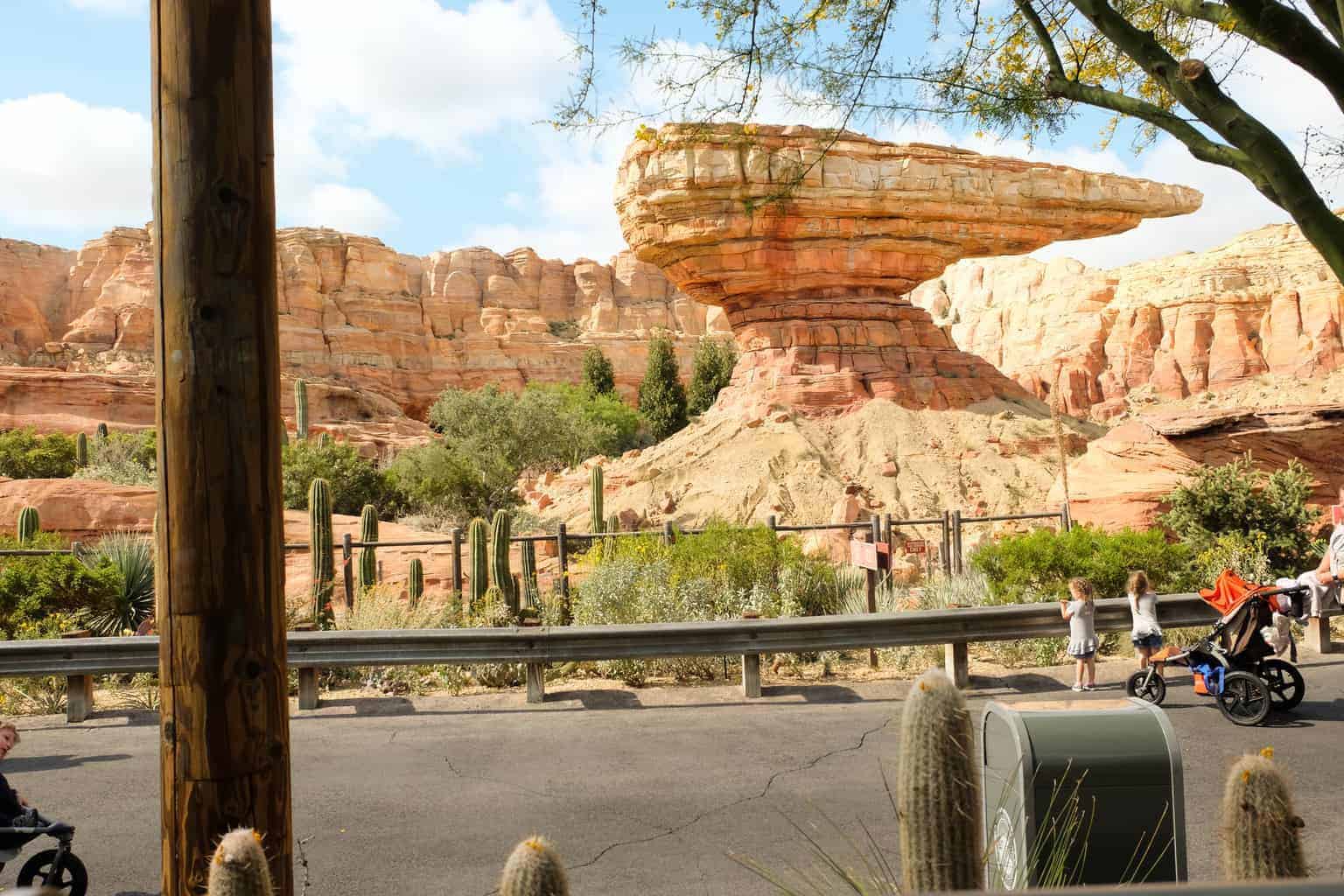 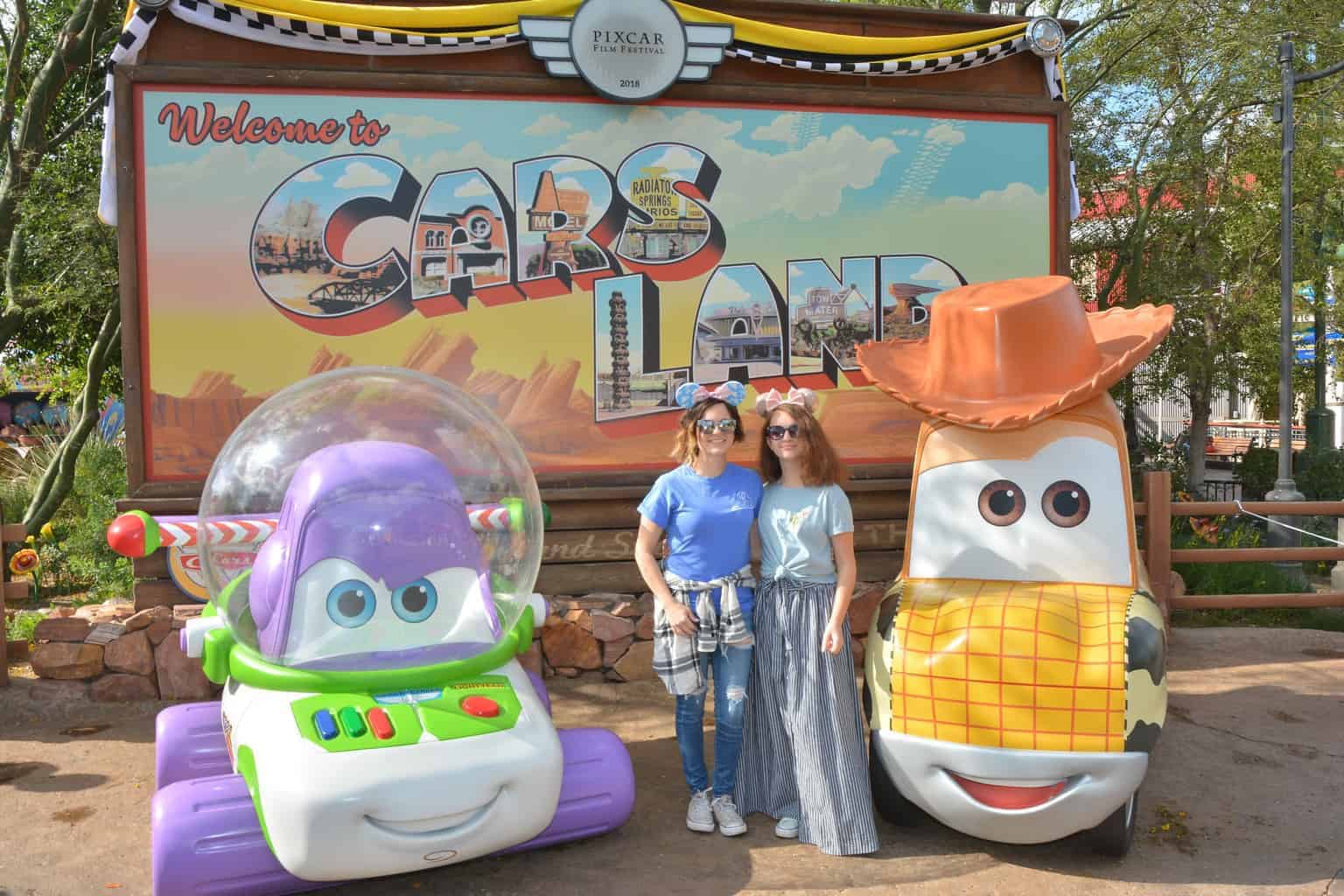 So, do we recommend the Disneyland Hotel? Well, if you are only planning to go to Disneyland once, have no budget restrictions, and are planning on actually spending some time at your hotel, then sure, why not? It’s cute, it’s fun, your kids (or your inner child) will love it. But, if you’re like most people and have to have a budget for your vacations, then I suggest you stay off property. There are some hotels that are actually closer to the Parks. And if that’s where you are planning to spend most of your time anyway, then blowing your budget on the Disneyland hotel is probably not the best idea.

What do you think? Have you stayed on property at Disneyland? Do you recommend it? Let us know! 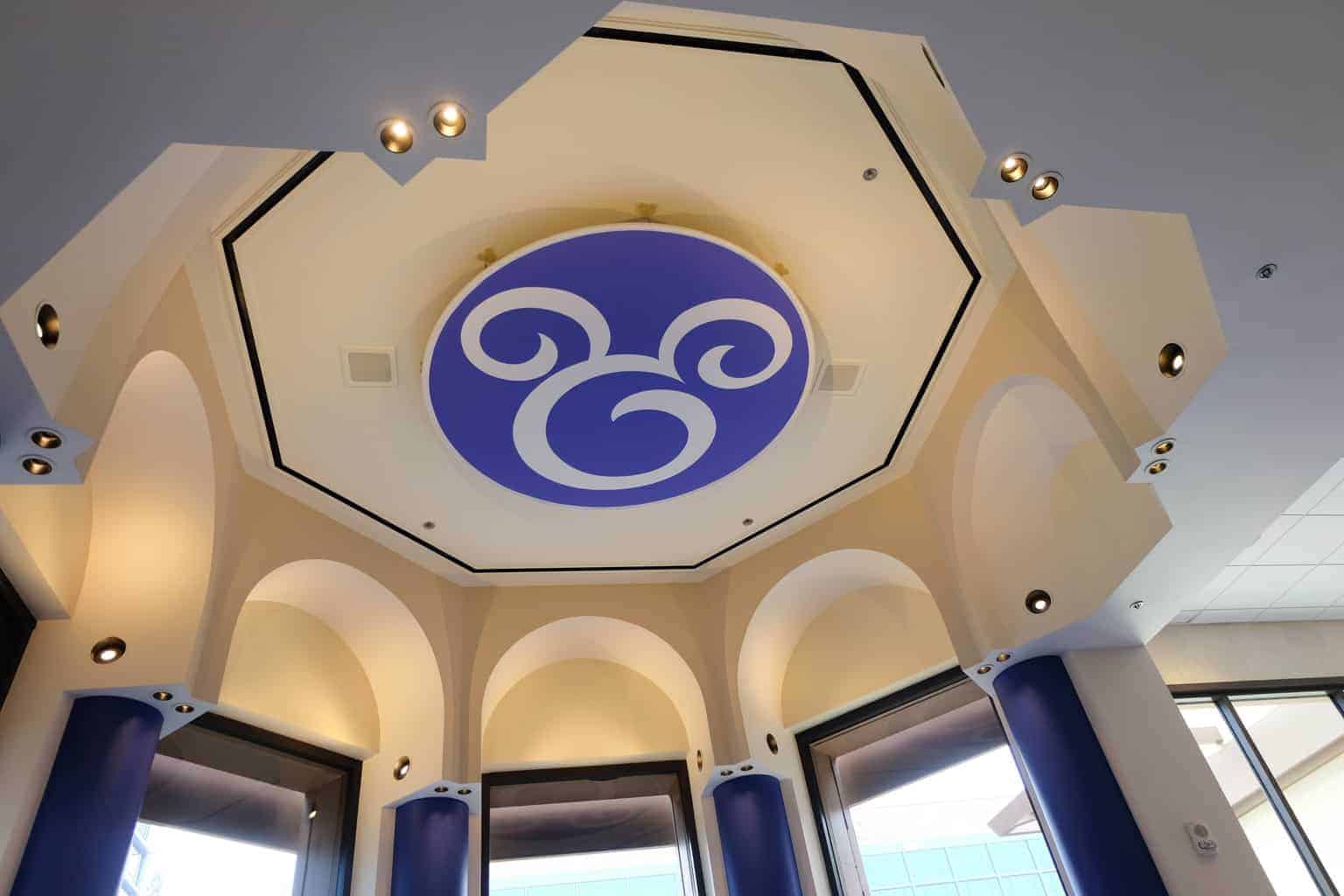 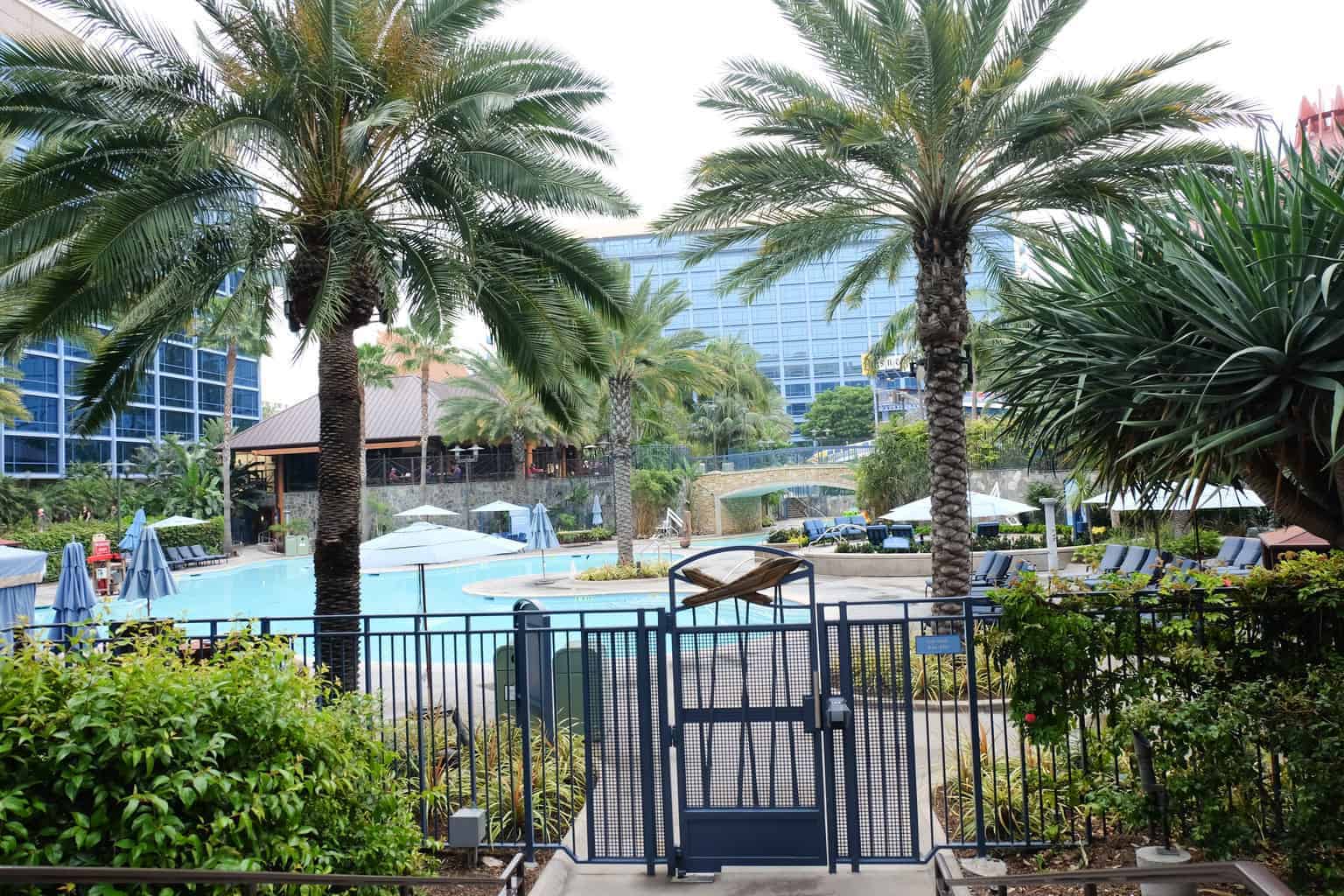 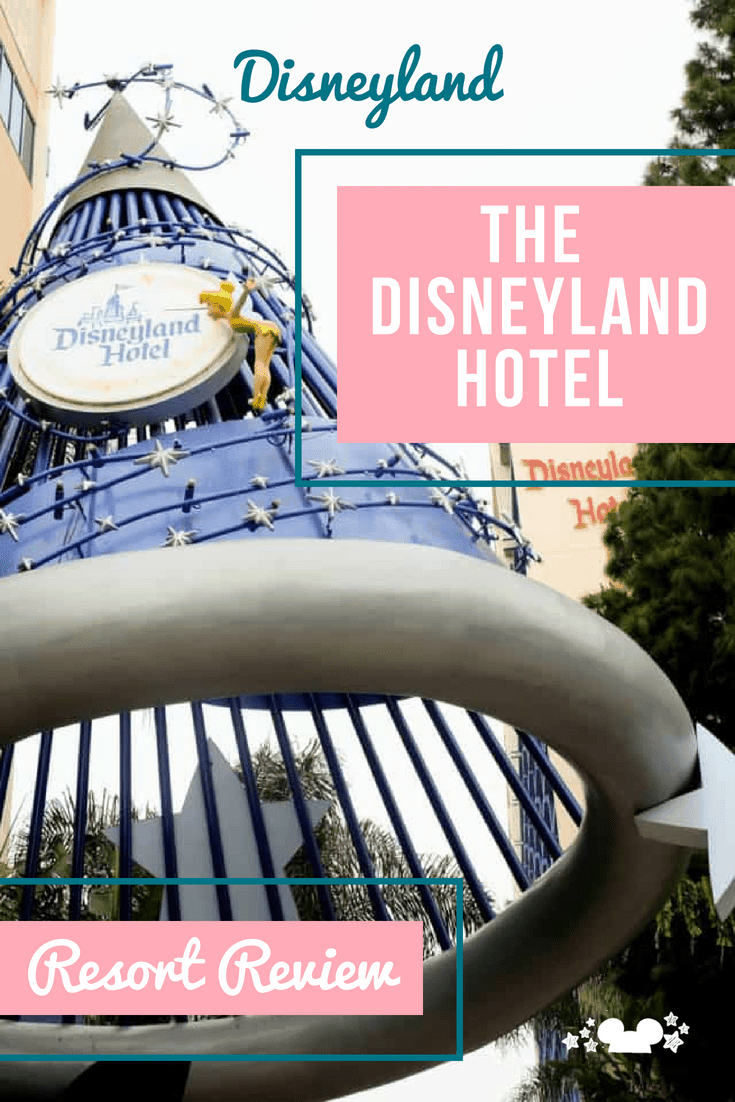