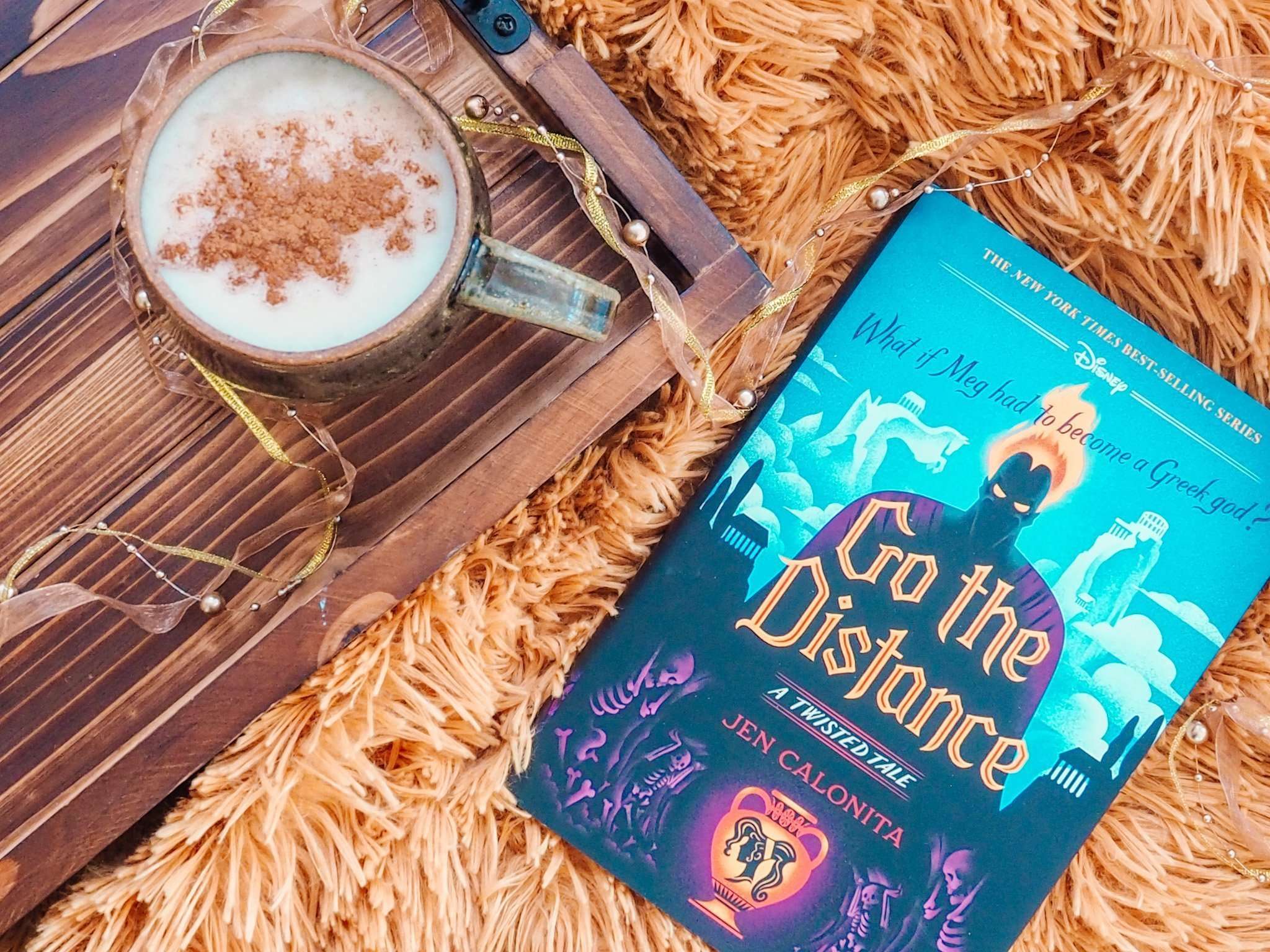 Just in time for some spring reading, the newest Disney Twisted Tale arrives! This one features Disney’s favorite feisty heroine from Hercules. In this story Meg is tasked with becoming a god, that is if she wants to stay with Hercules. Pretty bent on keeping the love of her life, Meg embarks on a treacherous journey to prove she can go the distance.

This book copy was gifted to us along with giveaway prizes in partnership with Disney Book Group. Follow @disneybooks #TwistedTale

Book #11 in the Disney Twisted Tale Series features one of our favorite Disney heroines, Megara, otherwise known as Meg.  We love these twisted tales for the familiar characters and story, but even more so for the new twists and turns that happen along the way. Here are all the details on this latest Disney YA novel served with a twist and a couple of prizes you can win courtesy of Disney Book Group. 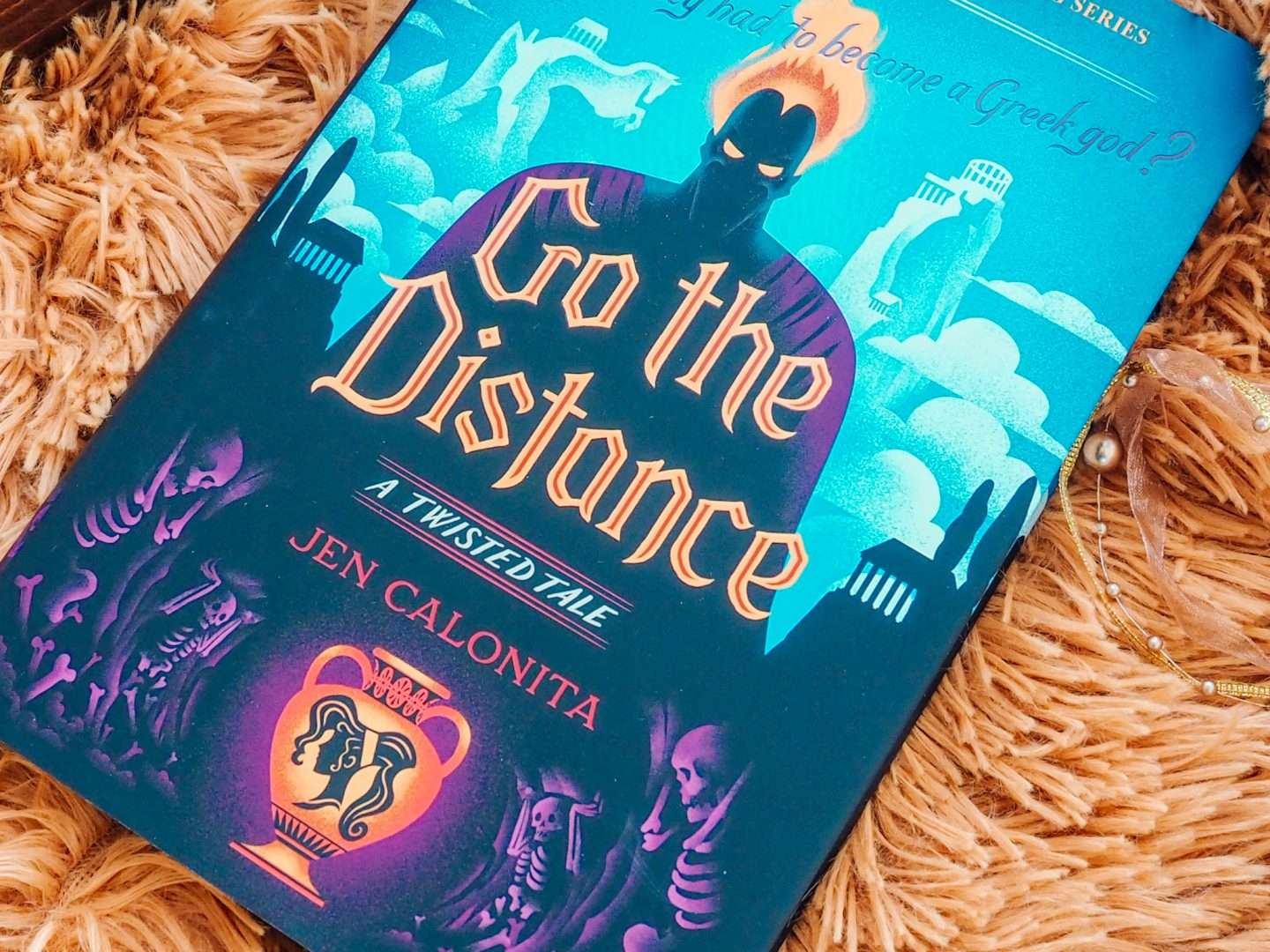 Go the Distance by By Jen Calonita

The newest book to join the Disney Twisted Tale series is Go the Distance by Jan Calonita.

Go the Distance, the 11th book in the New York Times best-selling series asks, what if Meg had to become a Greek god?

After Hercules proves he’s a true hero and regains his godship, all seems right in the world. That is, until Zeus tells Meg that she can’t be with Hercules because she’s, well, mortal. Luckily, Hera has a solution, offering Meg a chance to prove herself worthy of a spot on Mt. Olympus–as a god. All Meg has to do is complete a mysterious quest.

The mission? To rescue her ex’s current wife from the Underworld. The ex-boyfriend she saved by selling her soul to Hades. The ex-boyfriend who immediately moved on to someone else while she was stuck in the Underworld. Can Meg put her past behind her and use her quick-wit to defeat monsters and gods alike, including the nefarious Hades? Will she finally figure out her place and contribution to the world? Or will her fear of commitment have her running away from an eternity of godhood with Herc? Written by the author of Mirror, Mirror and Conceal, Don’t Feel, Jen Calonita’s latest twist is sure to delight and surprise. 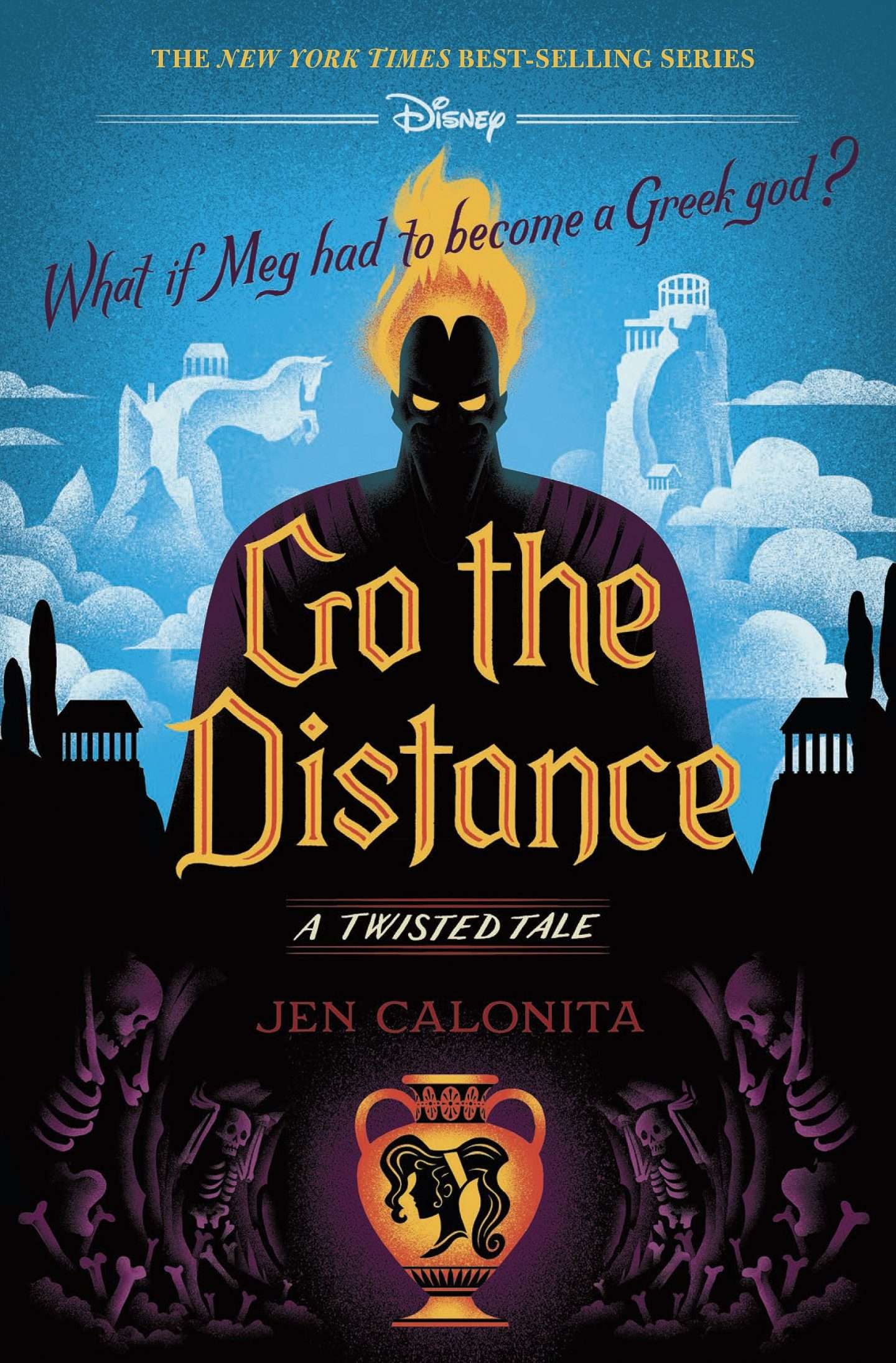 Full disclosure here, we LOVE Hercules. So, it was no surprise that we would be dying to get our hands on this book. Of course add in the fact that instead of Meg pretending like Love was no big deal, she’s now willing to fight for it. As in, go to the underworld and confront the woman who stole her ex! Frankly, if this doesn’t feel like a telenovela we don’t what does. With tons of drama, and sass our girl Meg is in it to win it…even if it does trigger every feeling she’s ever had about commitment. And how dare Zeus and Hera ask her to go become a god just to be with their son. See what we mean here? The DRAMA!!! Consider this fun Disney Twisted Tale as your juicy beach read for the summer. A definite must-add to the book collection. 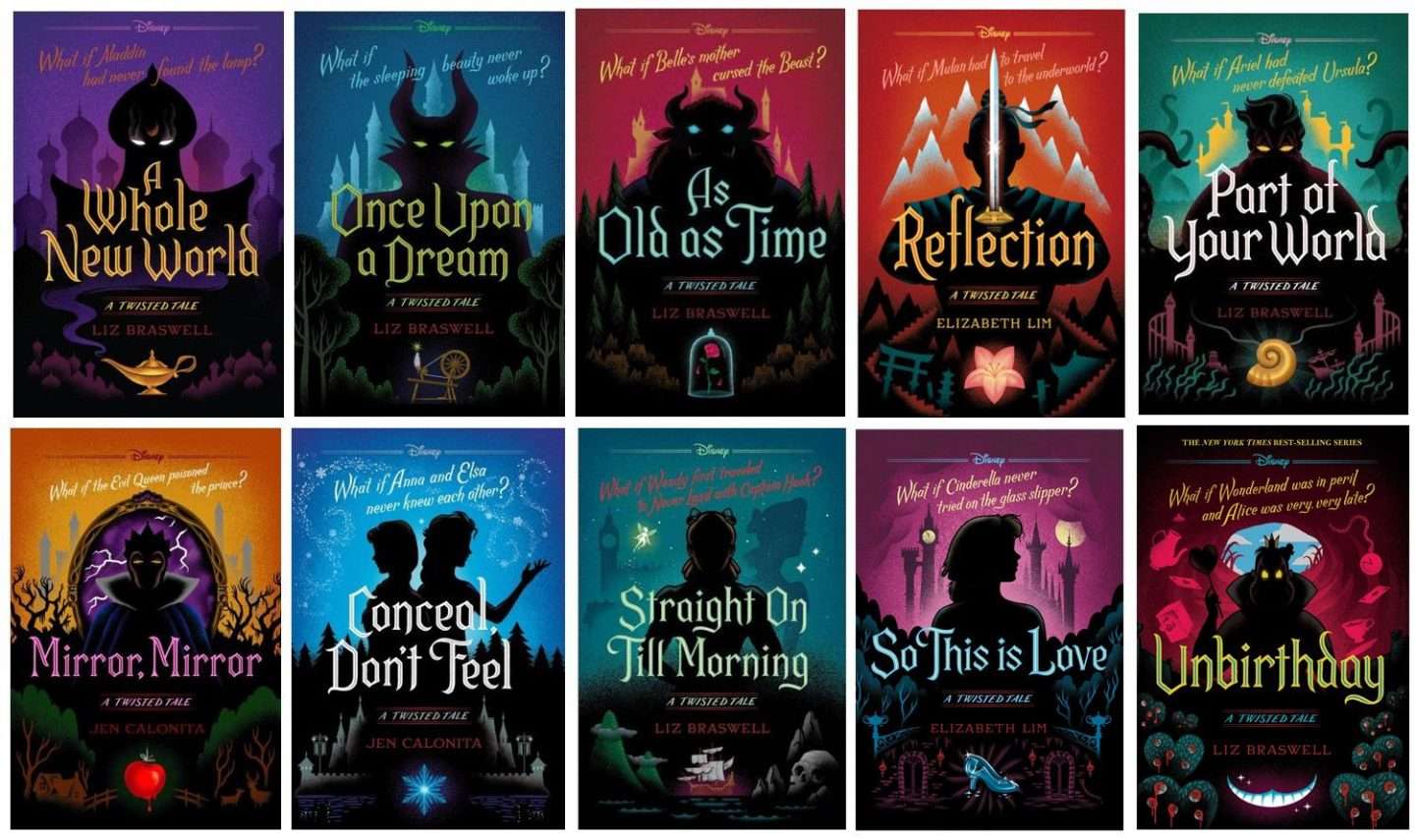 Prefer your fairy tales with a twist? This New York Times Best-Selling A Twisted Tale series is an anthology Young Adult series from Disney Books that puts a twist on your favorite Disney stories. Check out the whole series of fairy tales, featuring the characters you know and love in all sorts of new adventures!

Once Upon a Dream by Liz Braswell

As Old as Time by Liz Braswell

Part of Your World  by Liz Braswell

Straight on till Morning by Liz Braswell

So This Is Love by Elizabeth Lim

Go the Distance by Jen Calonita

Check out all the titles: 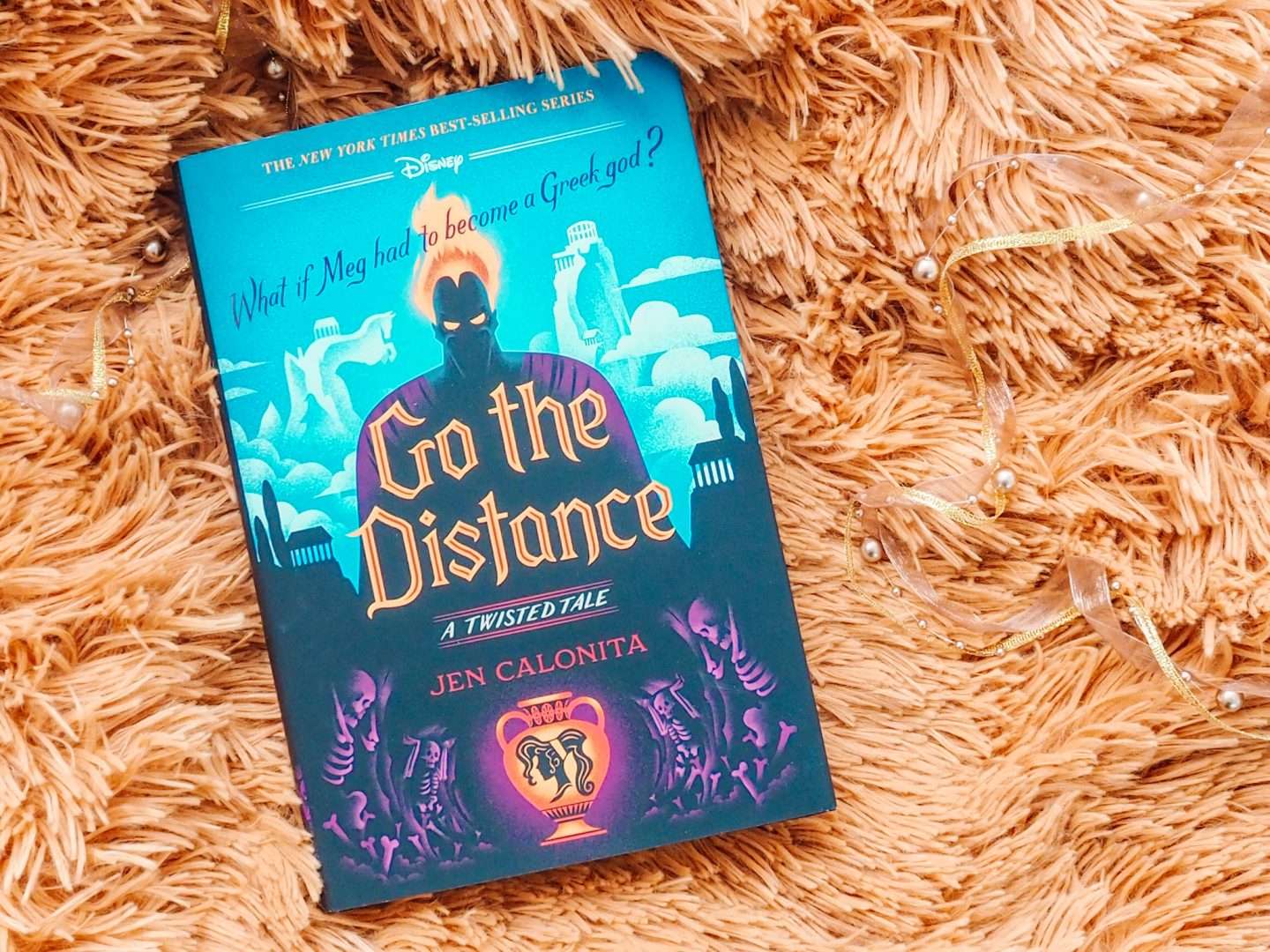 Go the Distance by By Jen Calonita

If you’re looking for something featuring your favorite Disney characters, that’s a little dramatic and loads of fun, we hope you give this Disney Twisted Tale a try. And if you’re looking for something good to read check out all our Disney book reviews. Of course, we’ve added even more Disney Twisted Tales to that list too. Lost down a rabbit hole? Check out our book review of Unbirthday by Liz Braswell. Or perhaps you’re up for an adventure to Neverland, and would rather settle in with Straight on till Morning! Featuring none other than Wendy herself saving the day. Or if you’re ready to climb the mountains of Arendelle, you may like Conceal, Don’t Feel instead, asking the question what if Anna and Elsa never met. If fairytales with a twist are your cup of tea, check out the complete series on the official site. We can’t wait for the next one! 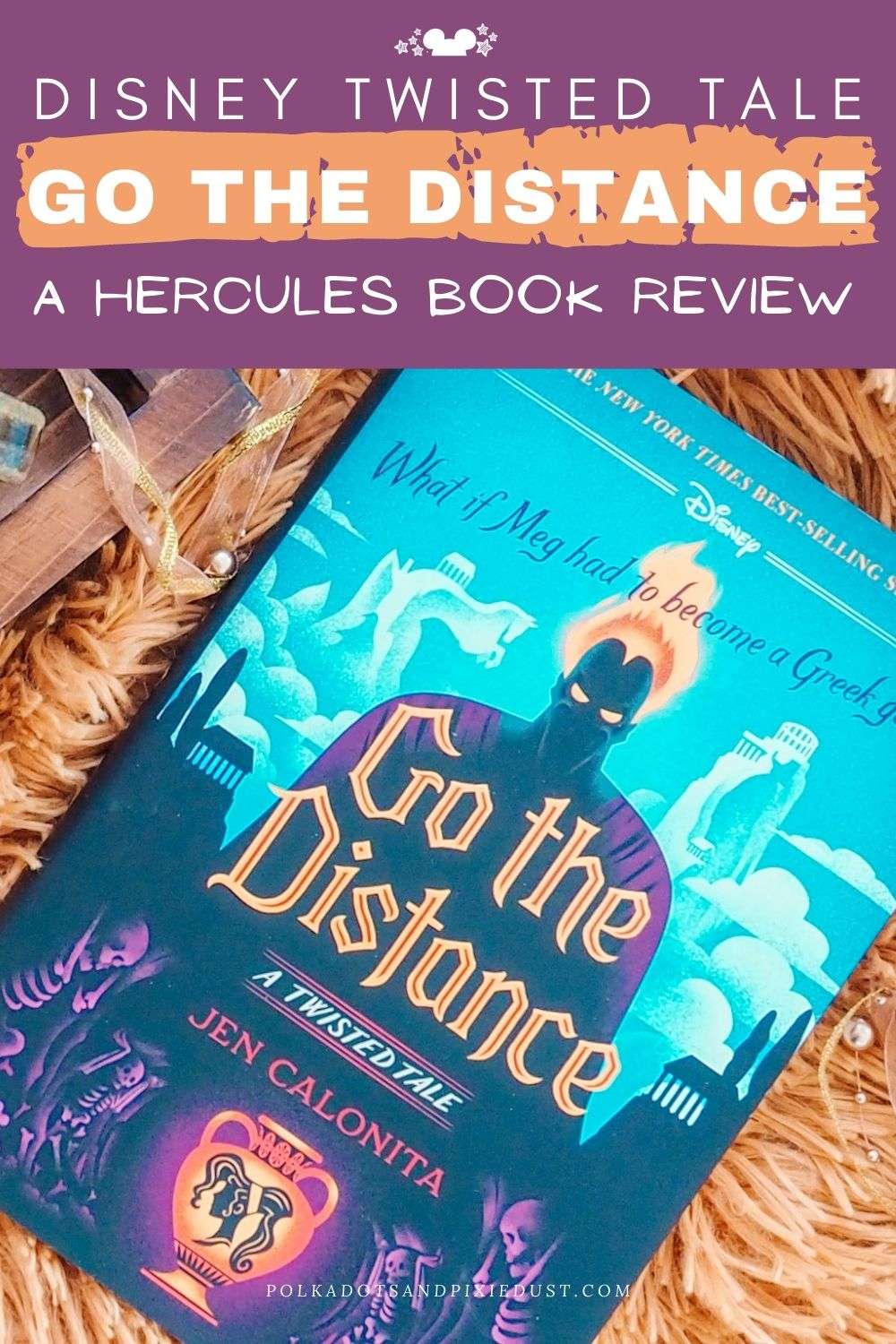 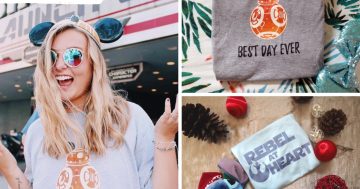 When we’re not writing posts on this blog we design Disney-inspired apparel, accessories, and home decor for the whole family. Just perfect for a Disney Vacation or a Disney-themed party at home. The holidays are just around the corner so it’s time to feature our […] 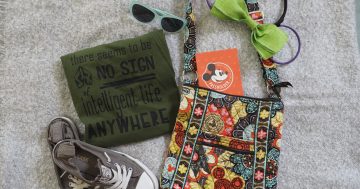 Having a Disney-inspired small shop of our own has made us very aware of all things Disney! Personally, while we get our Disney-loving fix from the Disney Parks and shopDisney ( because we can never get enough tsum tsums, uffufys and nuimos). We also love Etsy […]