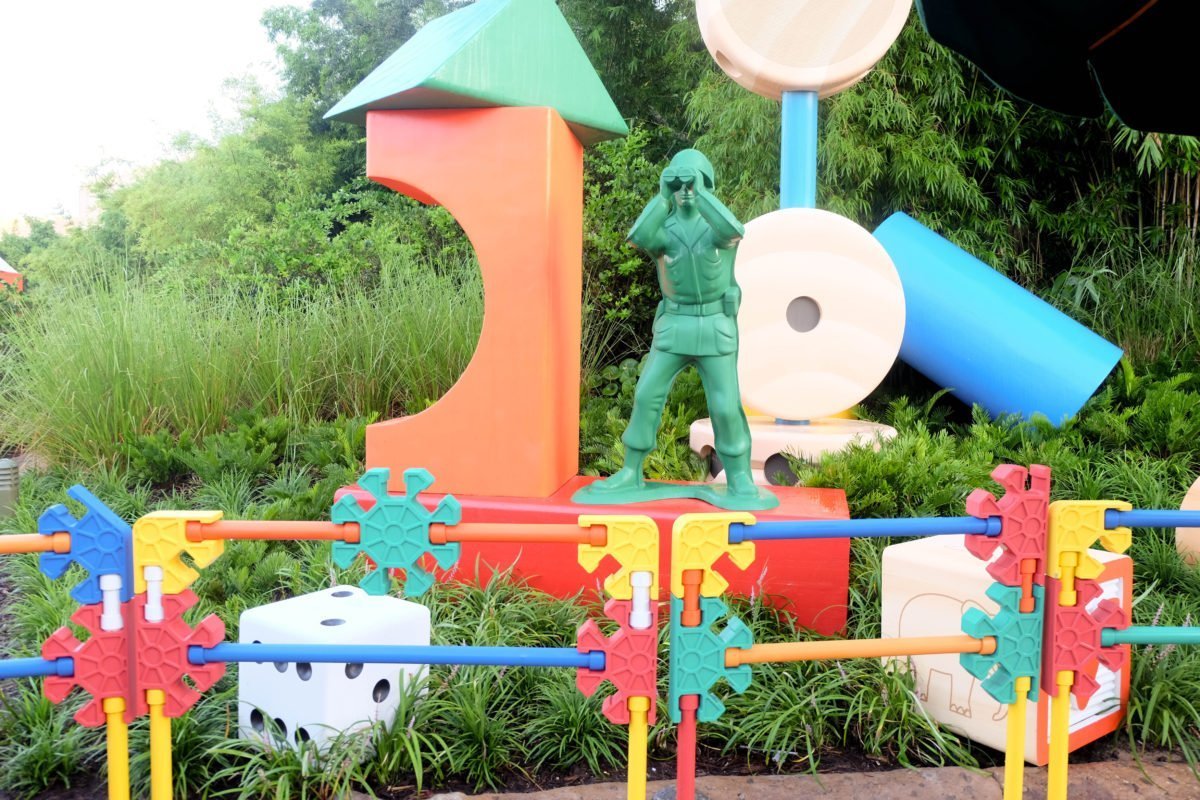 If you’re heading to Hollywood Studios for a photoshoot get ready to be in the middle of the action! With so many spaces made to feel like you’re in the movies, there are plenty of perfect spaces for photos. With the addition of new lands and rides at Hollywood Studios, you’re sure to find fantastic areas for a photoshoot. You can head to Toy Story Land for backyard toy fun with Andy. Take off to a galaxy far far away in Galaxy’s Edge. And take your classic Hollywood photo in front of the Chinese Theater. Here are all of our Best Photo Spots in Hollywood Studios to add to your Disney day.

When building a photoshoot plan for yourself it’s important to think about not only all the Best Photo Spots in Hollywood Studios but also the logistics. Things like using a Photopass Photographer, visiting during times of day when the lighting is better and when crowds are lower can make or break a good photography day. We are major advocates for staying on-property at Walt Disney World because one of the perks available to Disney Resort guests is a 30 minute Early Morning Theme Park Entry. This benefit gets you into the parks 30 minutes before other guests.

As Disney Park’s opening plans often change it is worth the effort to make sure you’re in the park as early as possible. Or as late as possible if you’re tackling nighttime photography at Disney World. So be sure to check out the Disney 5-Day Calendar for current park hours.

Hollywood Studios often allows guests waiting near the opening time of the park to scan in and stroll Hollywood Boulevard before the rest of the park, and rides open. Our best advice is to be at the park before rope drop ( when the park officially opens). You may get lucky and get a chance to photograph spaces without people!

Depending on what you’re aiming to photograph your “Best Time to Visit” could depend on a lot of factors! In Hollywood Studios, while you won’t have annual festivals or castle changes to contend with you will have the holidays. Frankly, the Holidays at Hollywood Studios are charming so that should definitely be on your photography bucket list. For the rest of the year, we’d recommend the Fall and Spring months as perfect lower crowd times when taking photos becomes a little easier.

No matter what park you visit, the best times of day to take photos usually stay the same. Early mornings when crowds are lower and the sun is still low in the sky ( before 10 am) are ideal. Later in the day after 4 pm is also an excellent time to get some soft sunlit photos. Crowds at Disney and lighting in Florida typically become unbearable between 10-3 pm. With this in mind, it’s best to load your photo work to the morning and evening hours.

If you’re excited about the polish that Lightroom Photo Presets can bring to your photography check out our Pixie Presets area of the shop for presets to help you improve your photos and elevate your social feeds.

Matte Film: If you’re looking for a vintage look, try our Matte Film preset. We love this for the varied browns in Galaxy’s Edge and the beautiful muted storefronts on Hollywood Boulevard.

Brilliant: This bright preset is all about color! So if you’re looking for something that will help your pictures pop, this preset will work for you. We like this preset in the Muppet Courtyard area to give those spaces some pep.

Nostalgic: Perfect for the Echo Lake area, Hollywood Boulevard, and Sunset Boulevard this nostalgic preset is all about classic tones that really bring out the look of the ’50s.

Everyday: This everyday preset is perfect all over the park. It brightens without overpowering and allows the natural variances of color to come through. 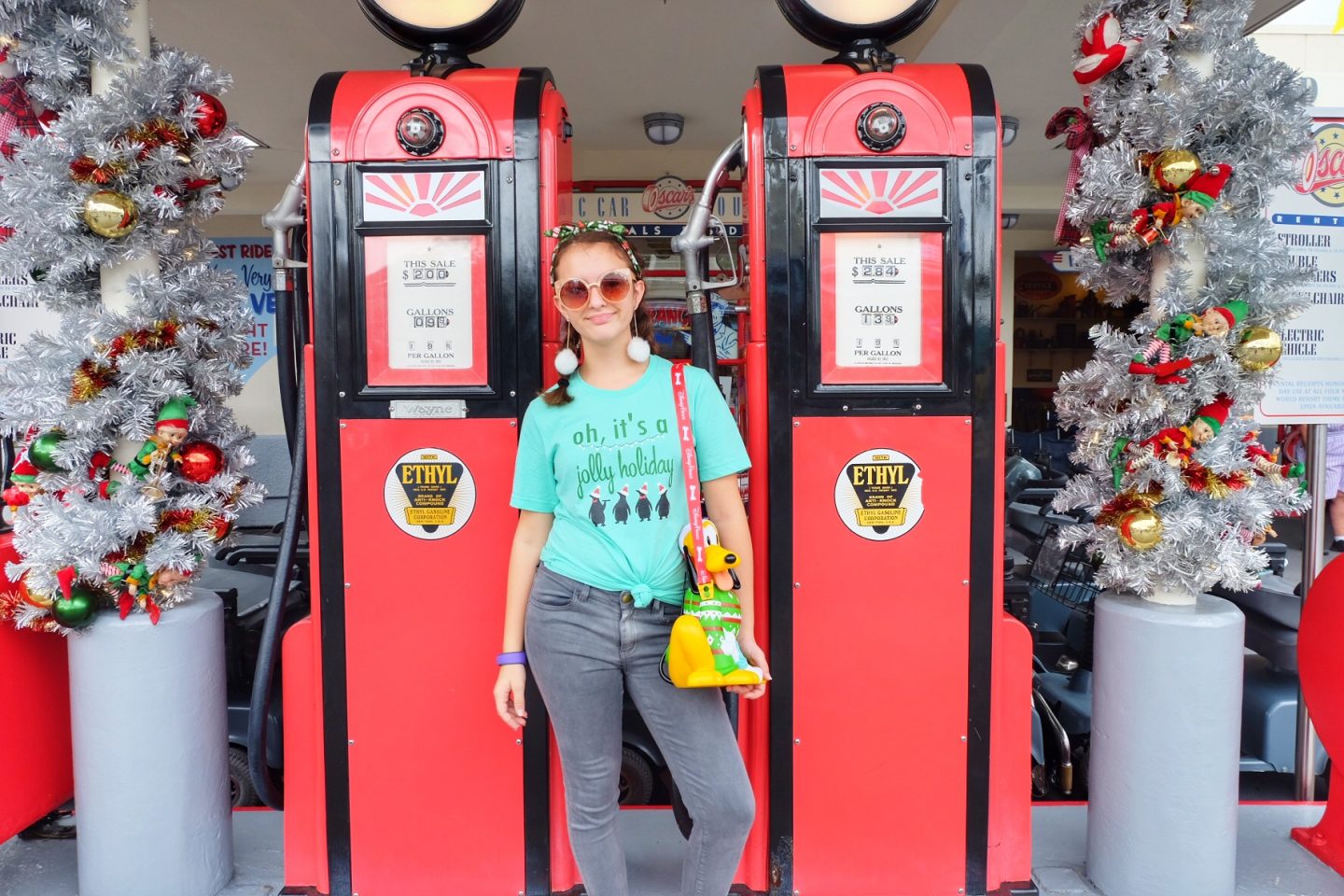 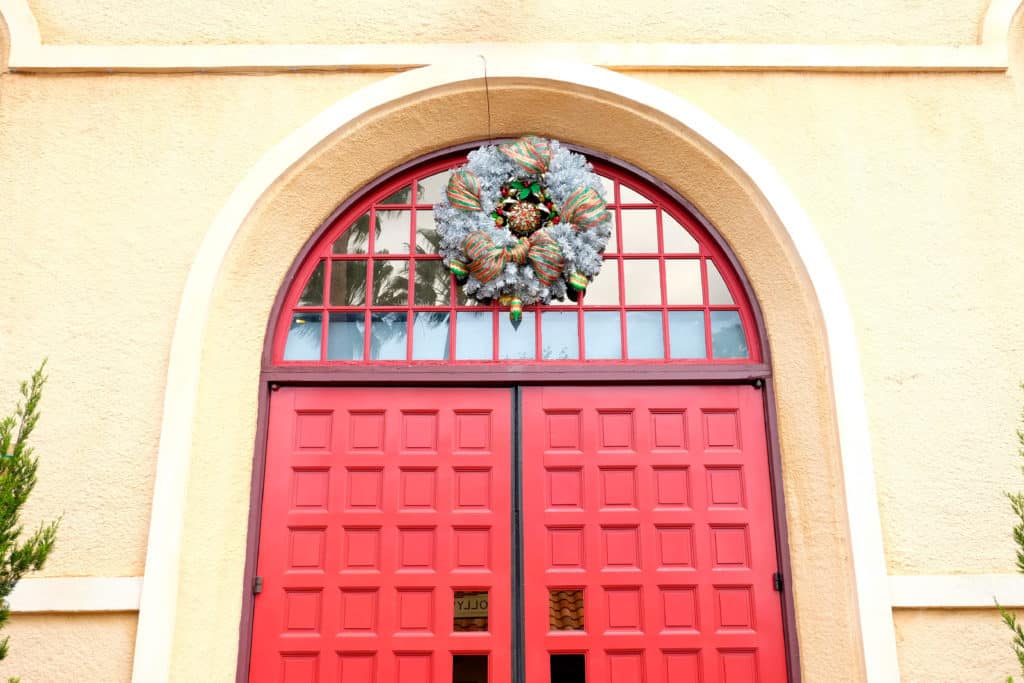 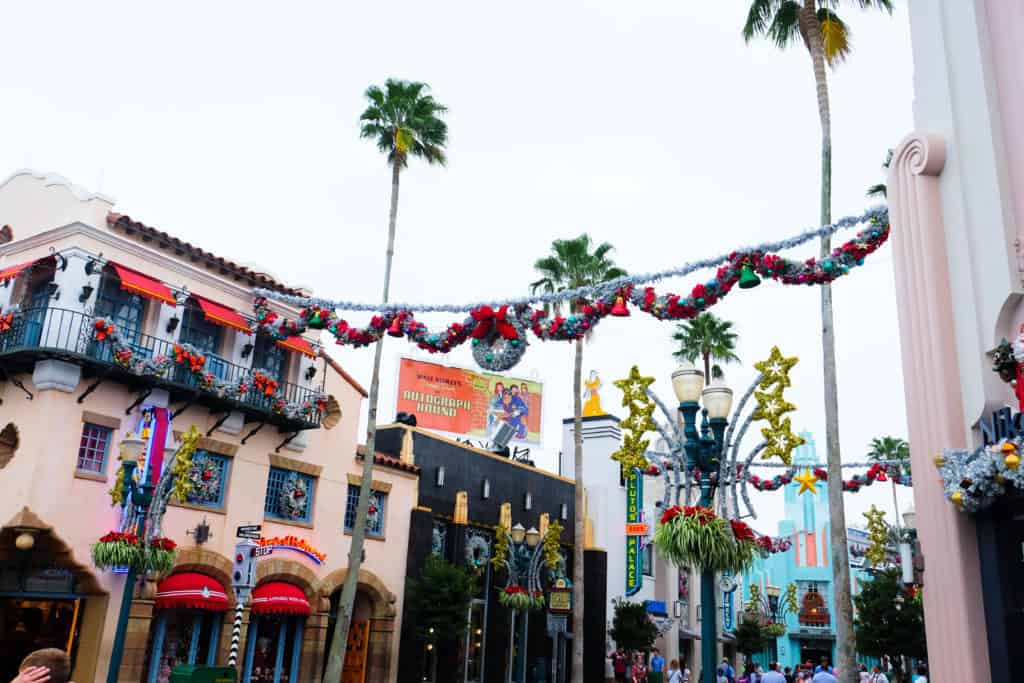 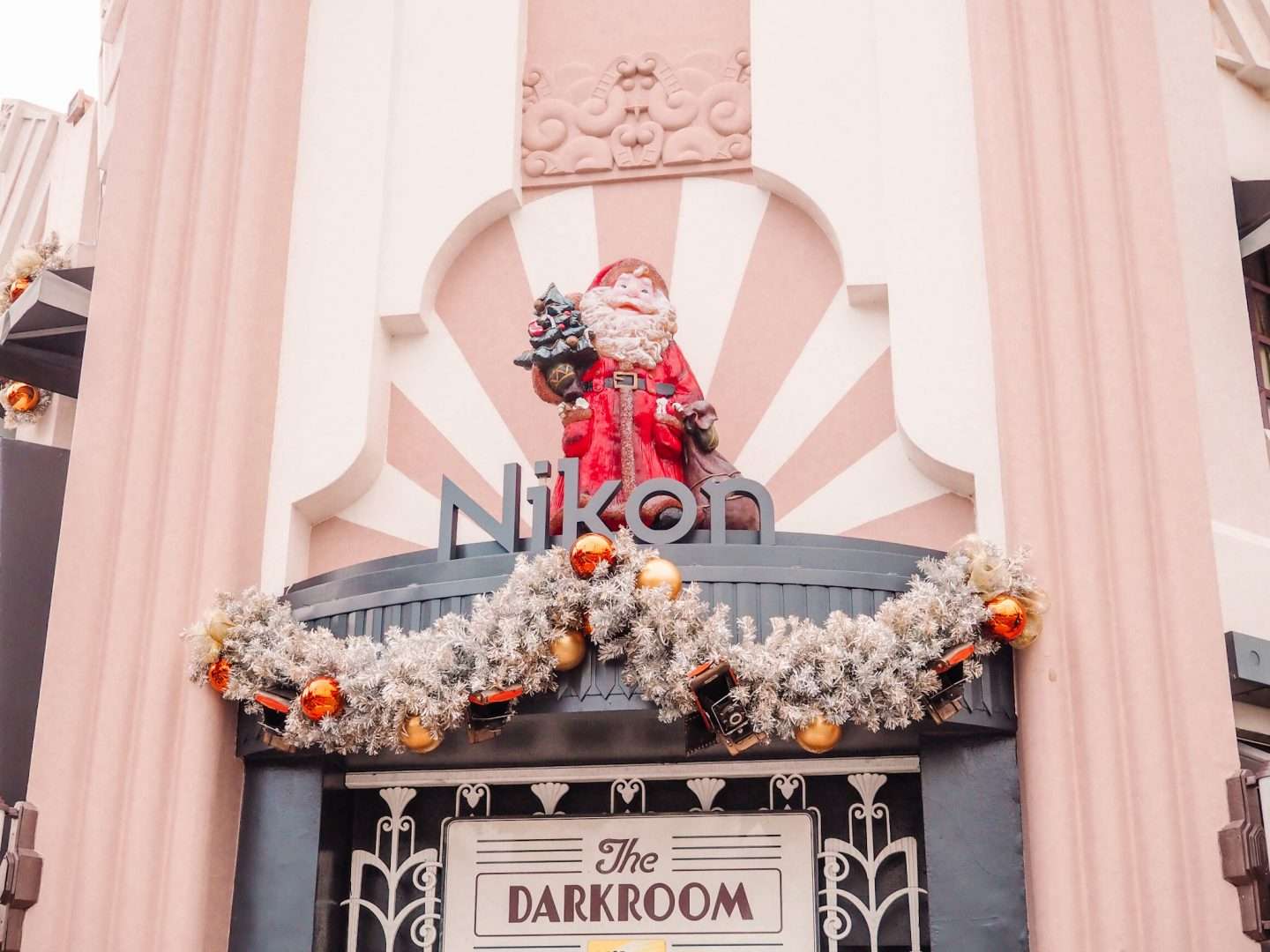 Hollywood Boulevard is the street at the entrance of the park. This street features an old-time gas station, gorgeous shops with beautiful storefronts, and hidden spaces that make the perfect photo spot. It also features the backdrop of the Chinese Theater, currently housing Mickey and Minnie’s Runaway Railway. Here are the Best Photo Spots in Hollywood Studios you can find on Hollywood Boulevard. 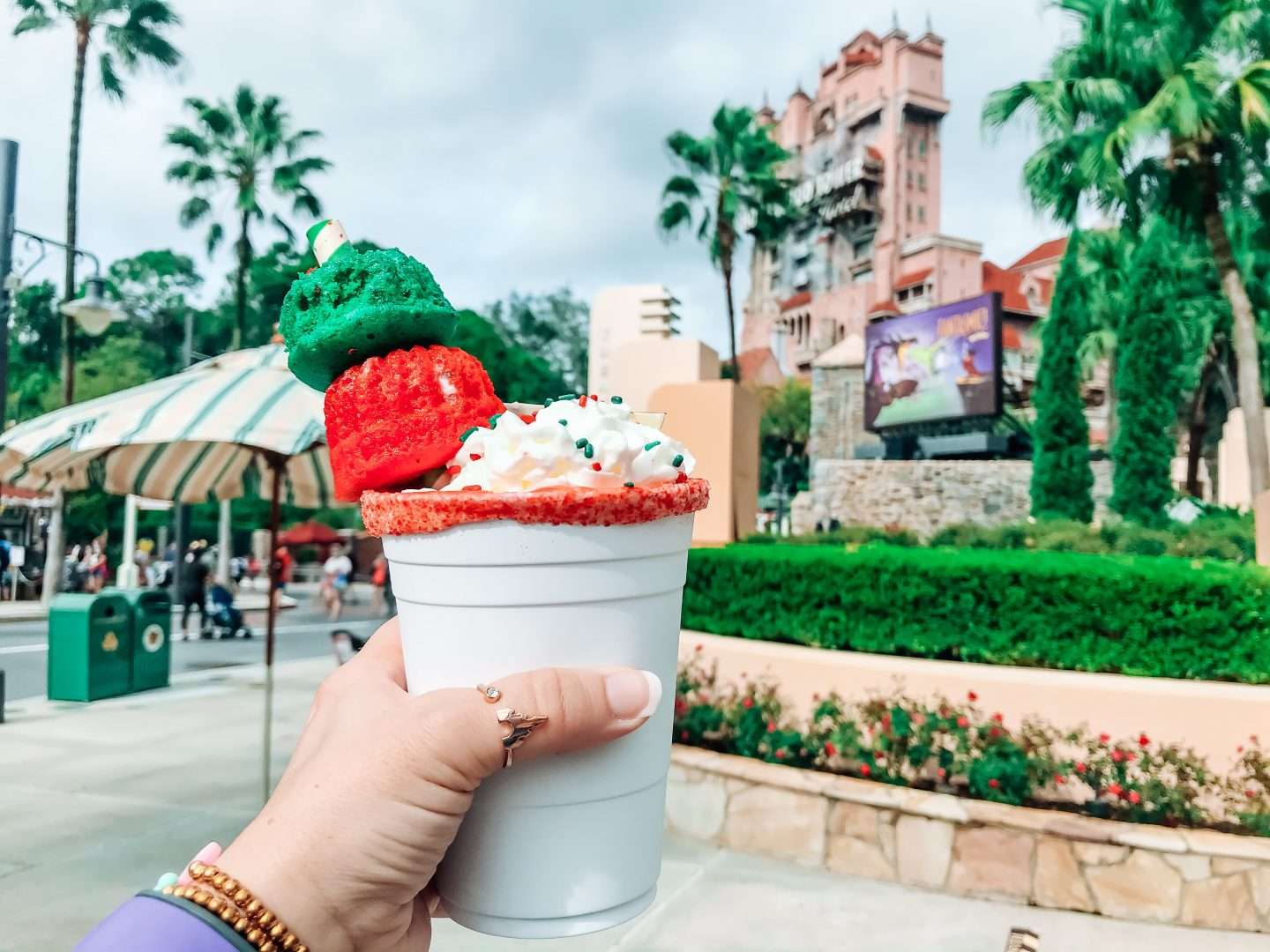 The most popular street in Hollywood Studios is Sunset Boulevard. Filled with backdrops, props, billboards, and the Tower of Terror in the distance, you’ll want to take time to learn all the fun spots on this street that warrant a photo. 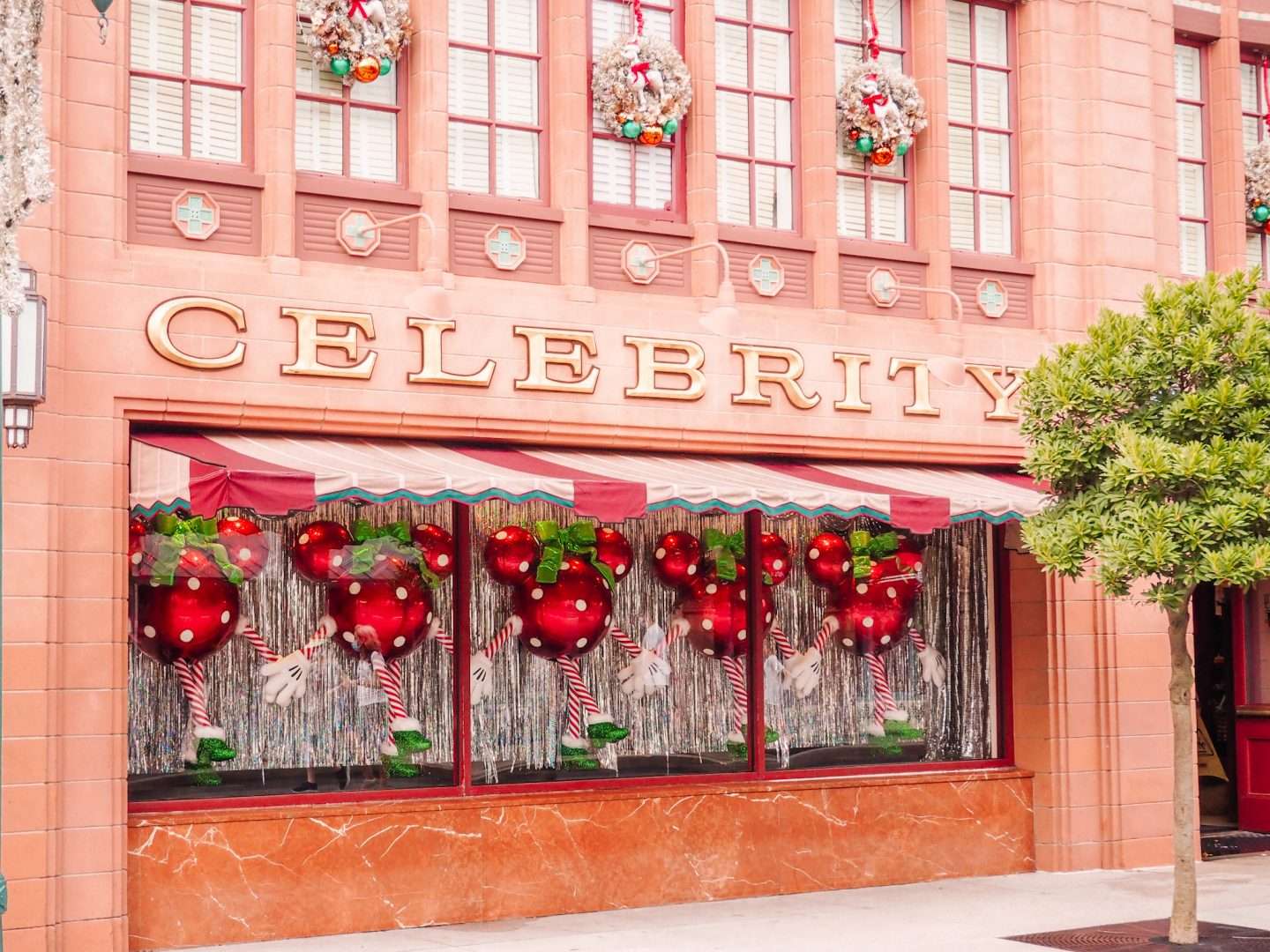 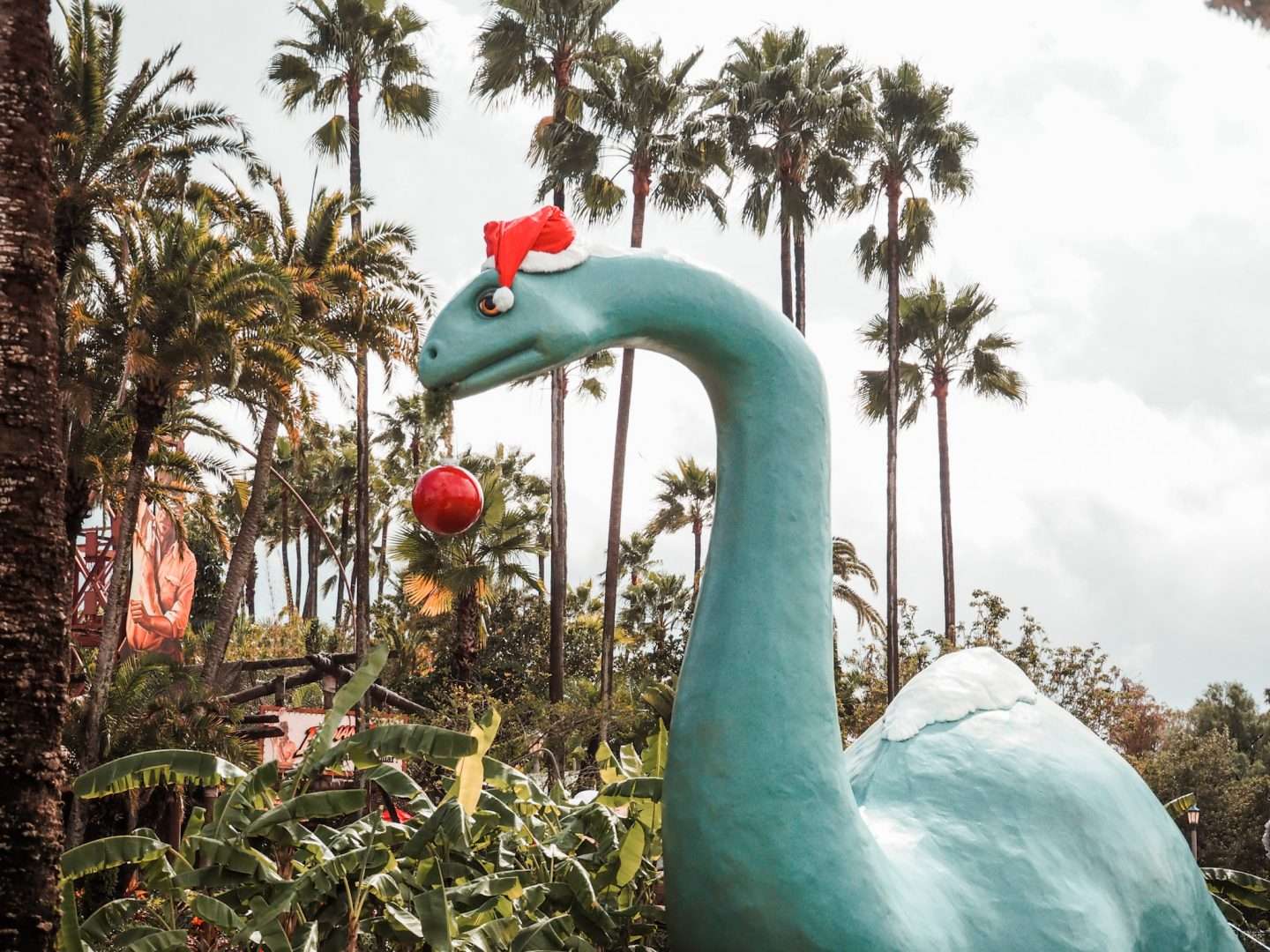 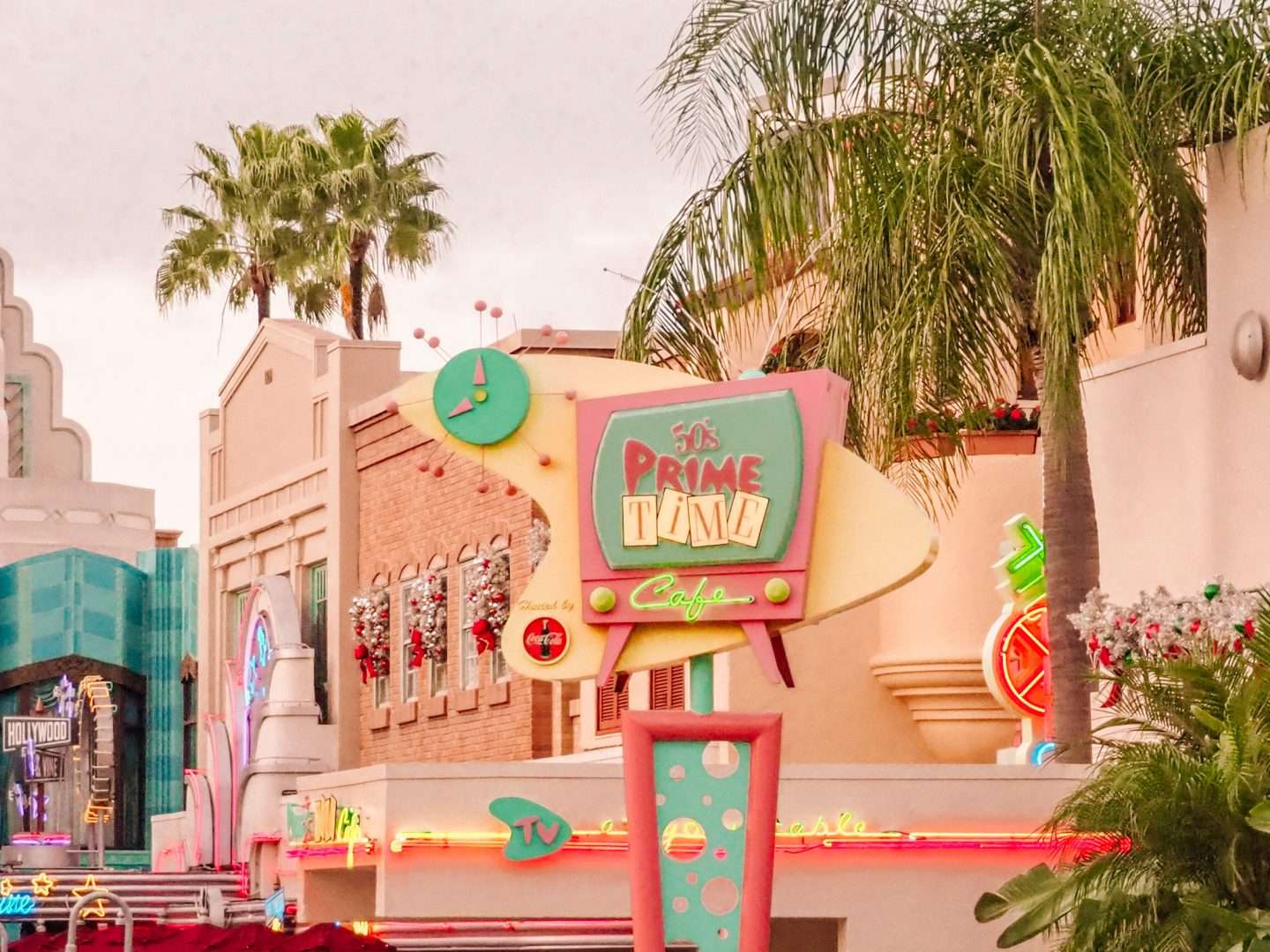 Home of all things Vintage here you’ll find the 50’s Prime Time Cafe and Tune-in Lounge, Bill and Min’s diner on a boat in the lake, and Gertie the Dinosaur! 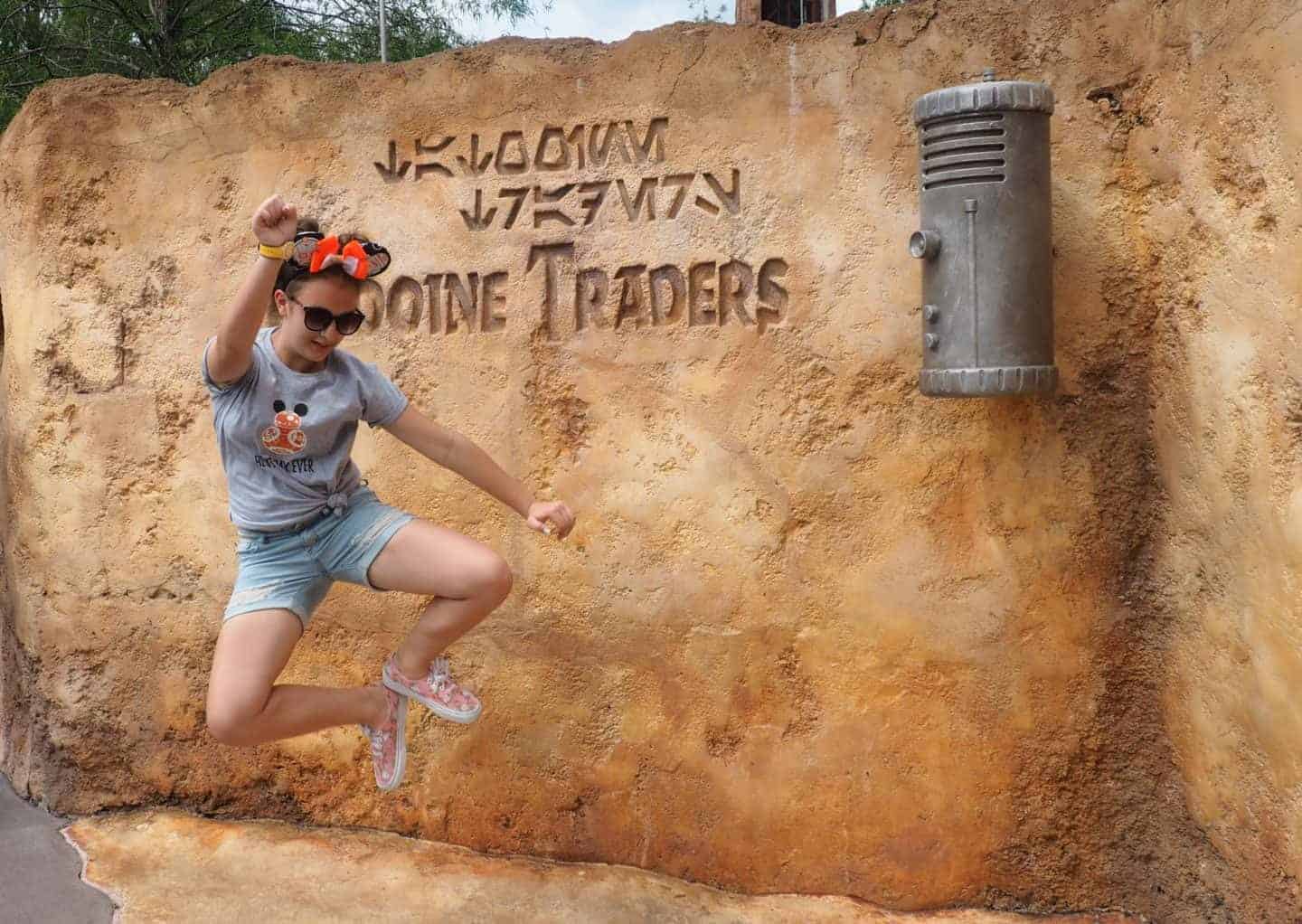 We like the Grand Avenue area which connects Echo Lake to Muppet courtyard and Galaxy’s Edge, in the mornings or evenings. This is also home to Baseline Taphouse! So if you’ve been snapping pictures all day, grab a Blue Sky Black Cherry Soda and a pretzel on a well-deserved break.

While Commissary Lane doesn’t have any noteworthy photo spots, it does have the Mickey and Minnie’s Red Carpet Dreams photo spot. So you could take a minute and grab a picture with Mickey and Minnie on their individual “movie sets”.

There was a time when Pixar Place was a destination, but now that most things have moved into Toy Story Land, there is just one spot where we would recommend finding. If it’s still there! Jack Jack’s shadow on the wall, complete with “crumbs”. This is right past the Neighborhood Bakery Area and makes a great backdrop for the Num Num cookie! 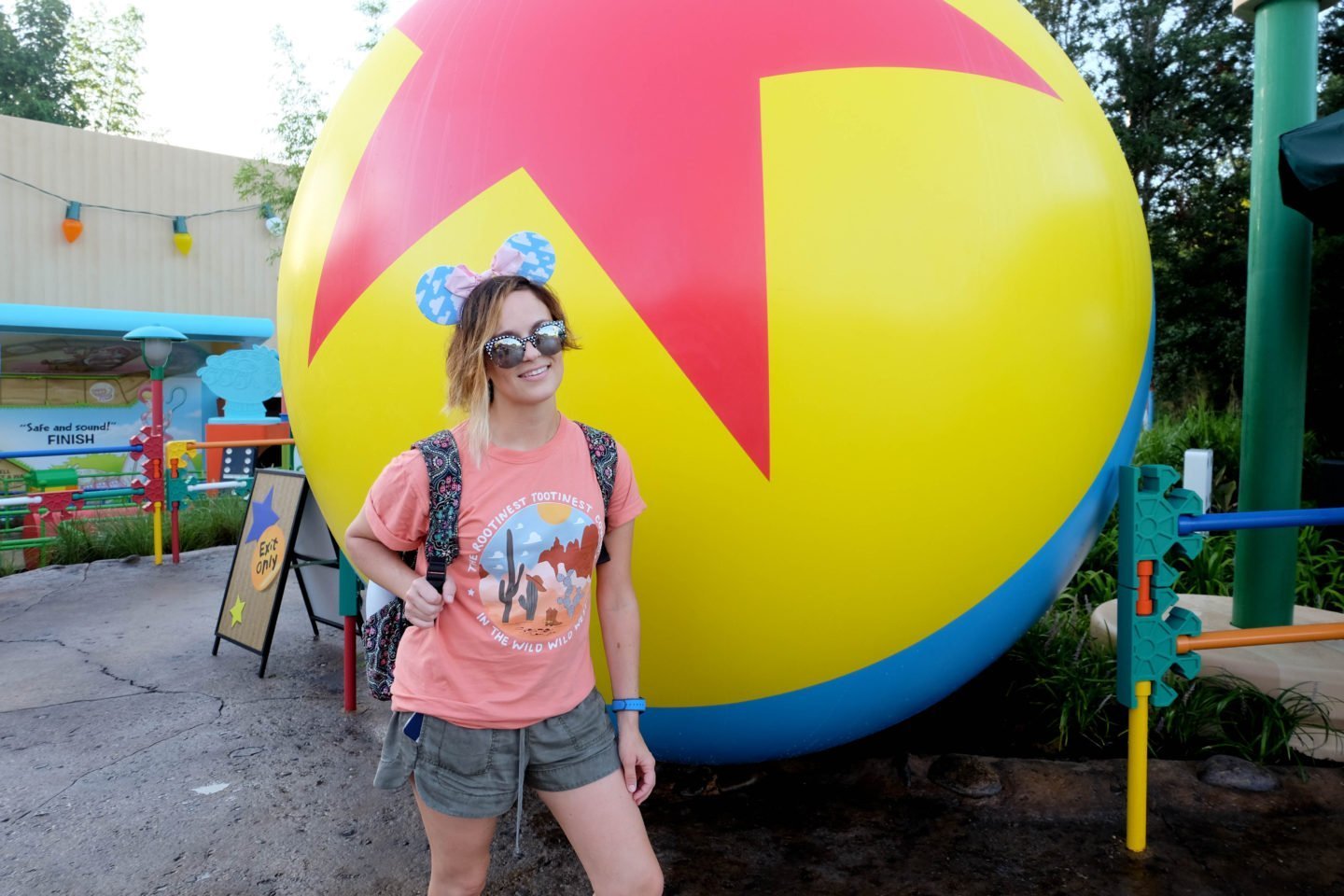 Toy Story Land is generally crowded because it’s a very small area of the park, but don’t let that deter you. 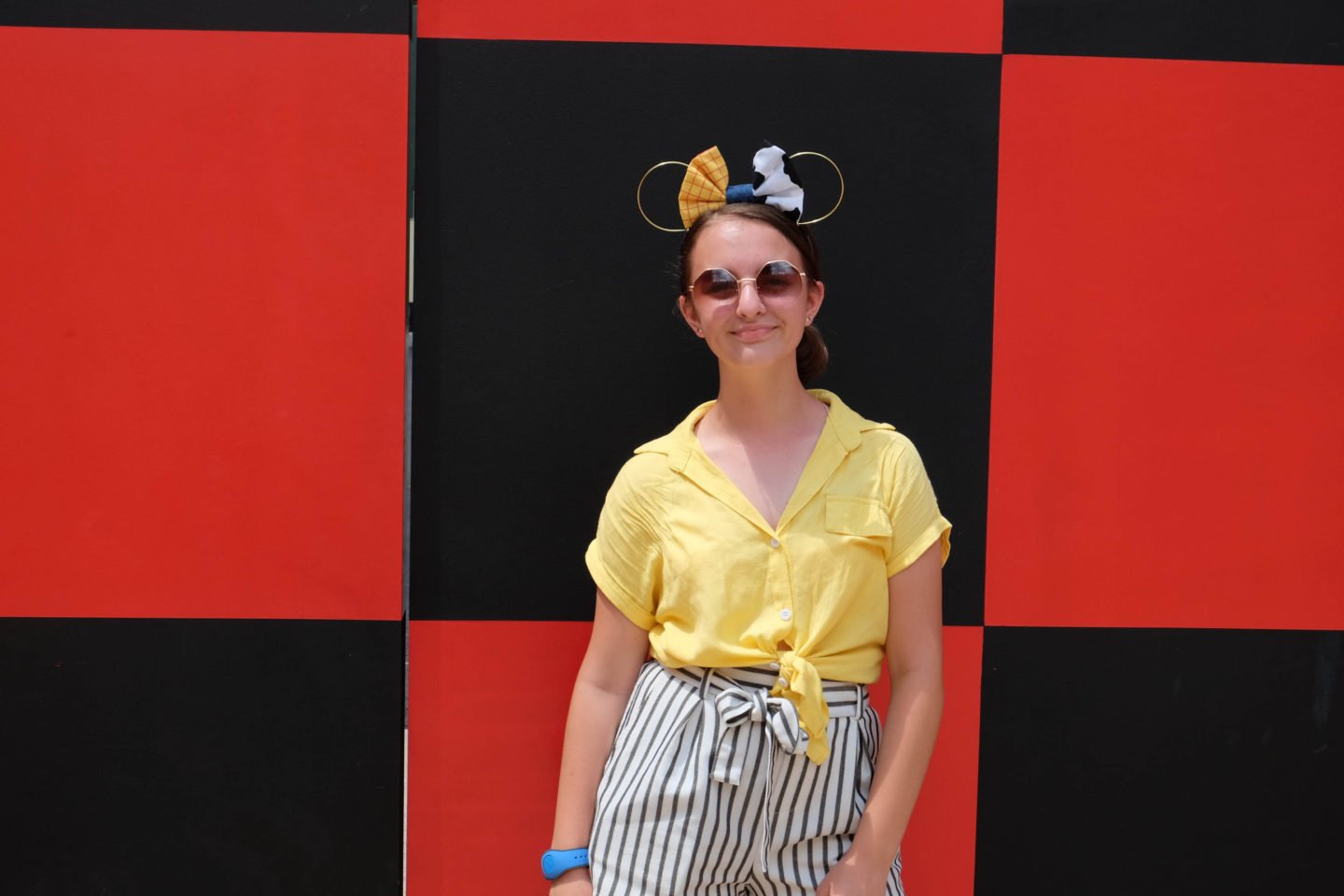 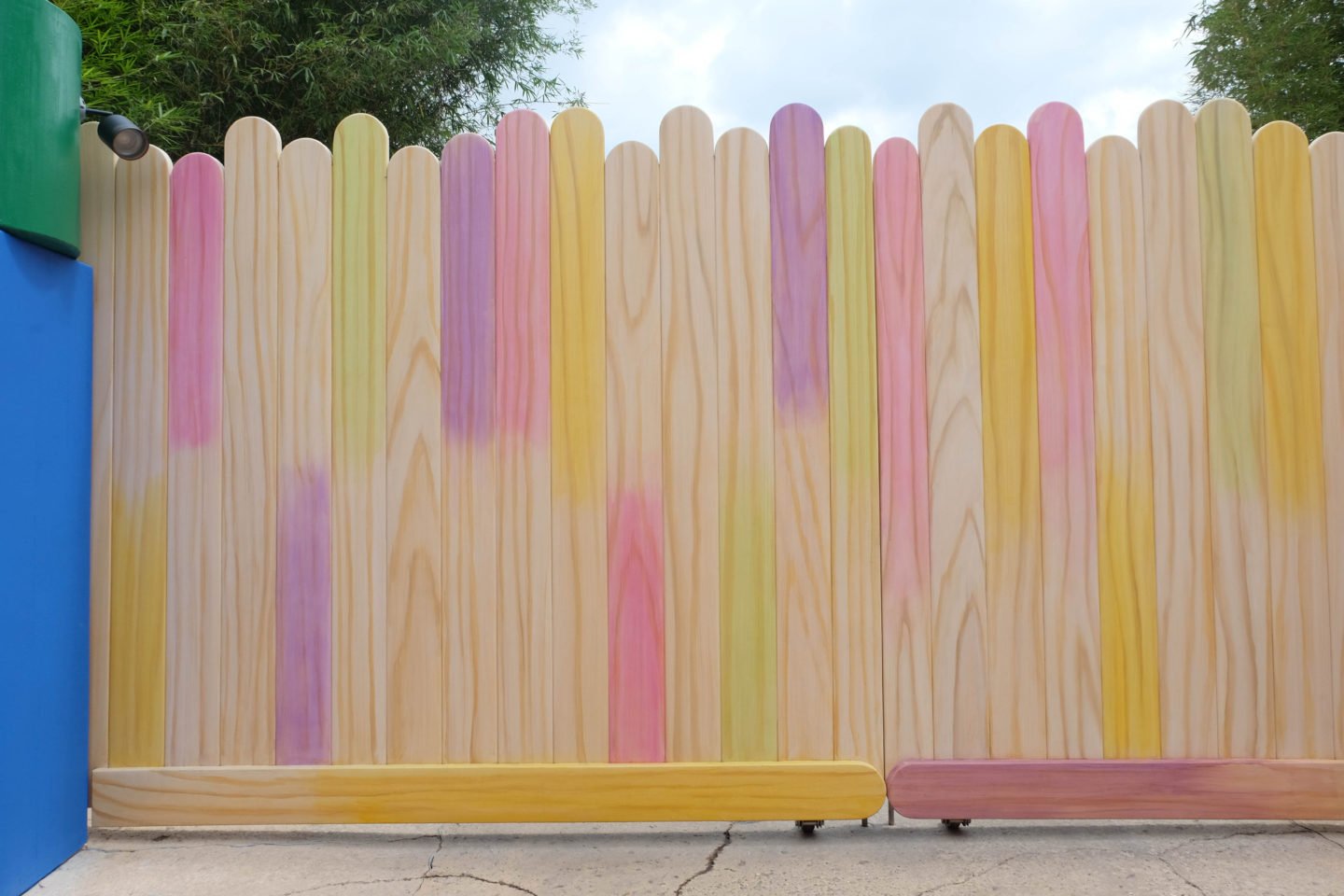 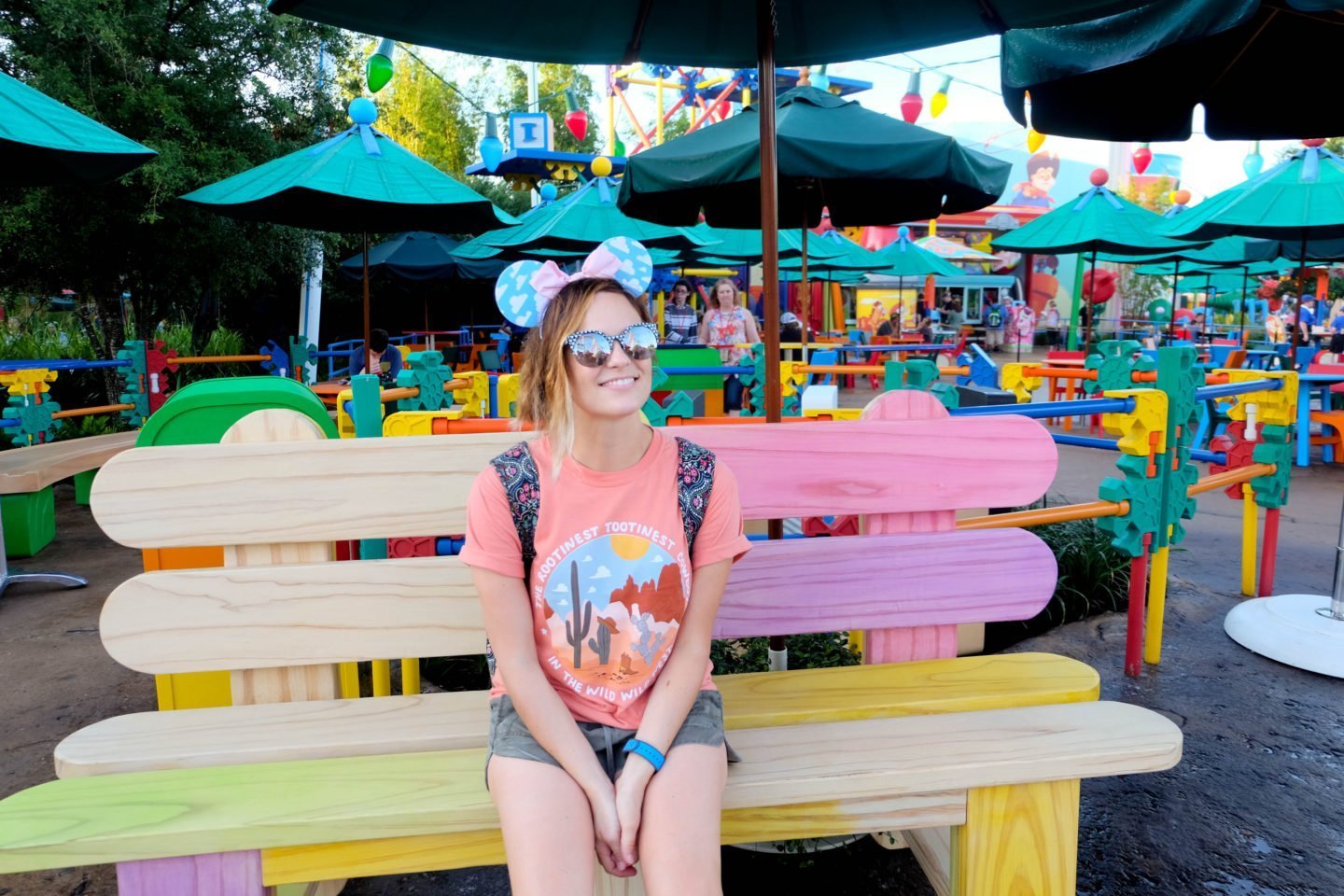 Animation Courtyard is home to Star Wars Launch Bay, by far the most interesting element in this space. It makes a great backdrop to a cute Star Wars outfit or as another photo to add to your gallery wall. We also like The Voyage of the Little Mermaid sign in this area. It’s classic sculptured Ariel and Ursula, and up close or far away, at any angle, you will always find something interesting. Animation Courtyard is also the location for all things Disney Junior, so the rest of this area is usually just stroller parking.

Star Wars Galaxy’s Edge in Hollywood Studios is an amazing place to photograph. There are so many details we could just take pictures of this place all day! From the Millennium Falcon to the First Order flags on the wall, to the weird creatures in the giftshop, Batuu will not disappoint when it comes to cool photos. 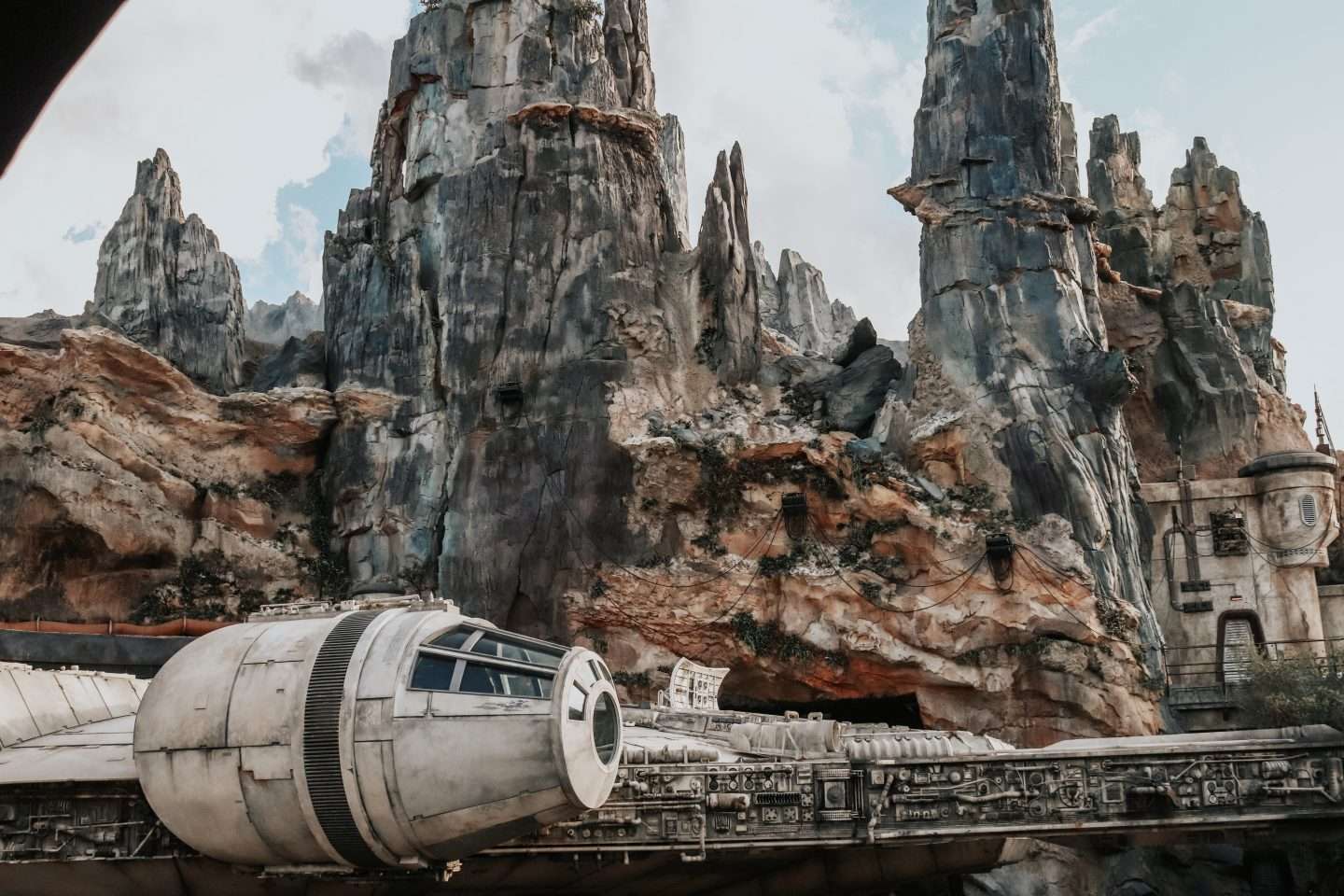 All the Best Photo Spots in Hollywood Studios

Hopefully, this guide has given you a good rundown of all the best places in Hollywood Studios for photography next time you visit. And be sure to let us know all your favorite spots that we may have missed! With so many details, hidden corners, and new things across the park, we’ll be adding to this list as we uncover more fun places to snap a pic. 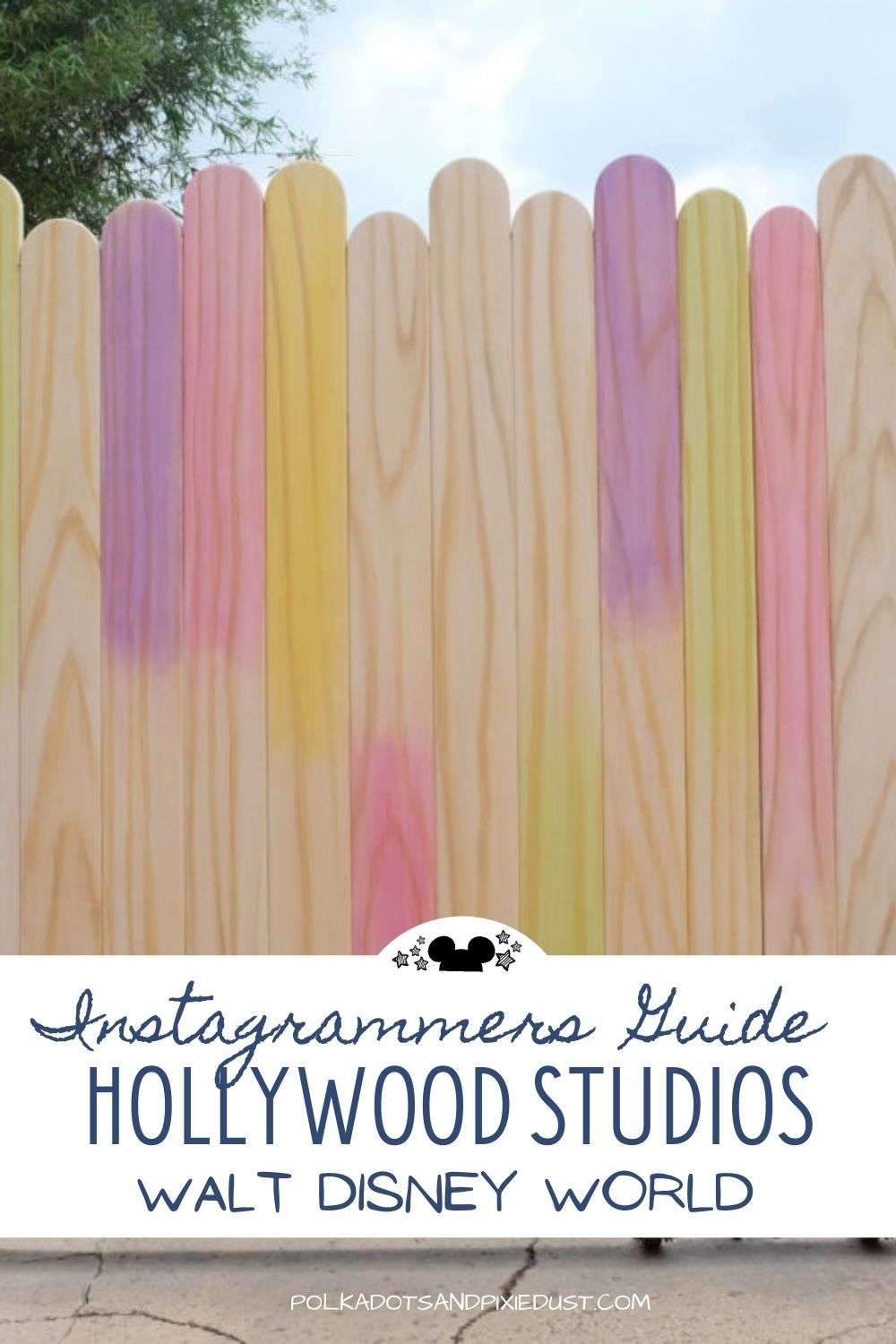 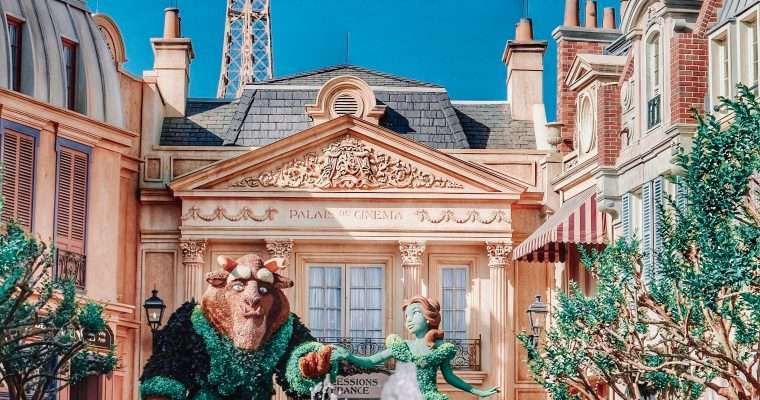 Take better photos at Walt Disney World with your phone 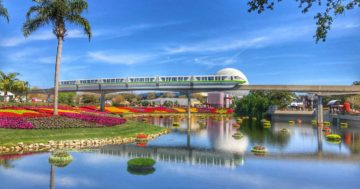