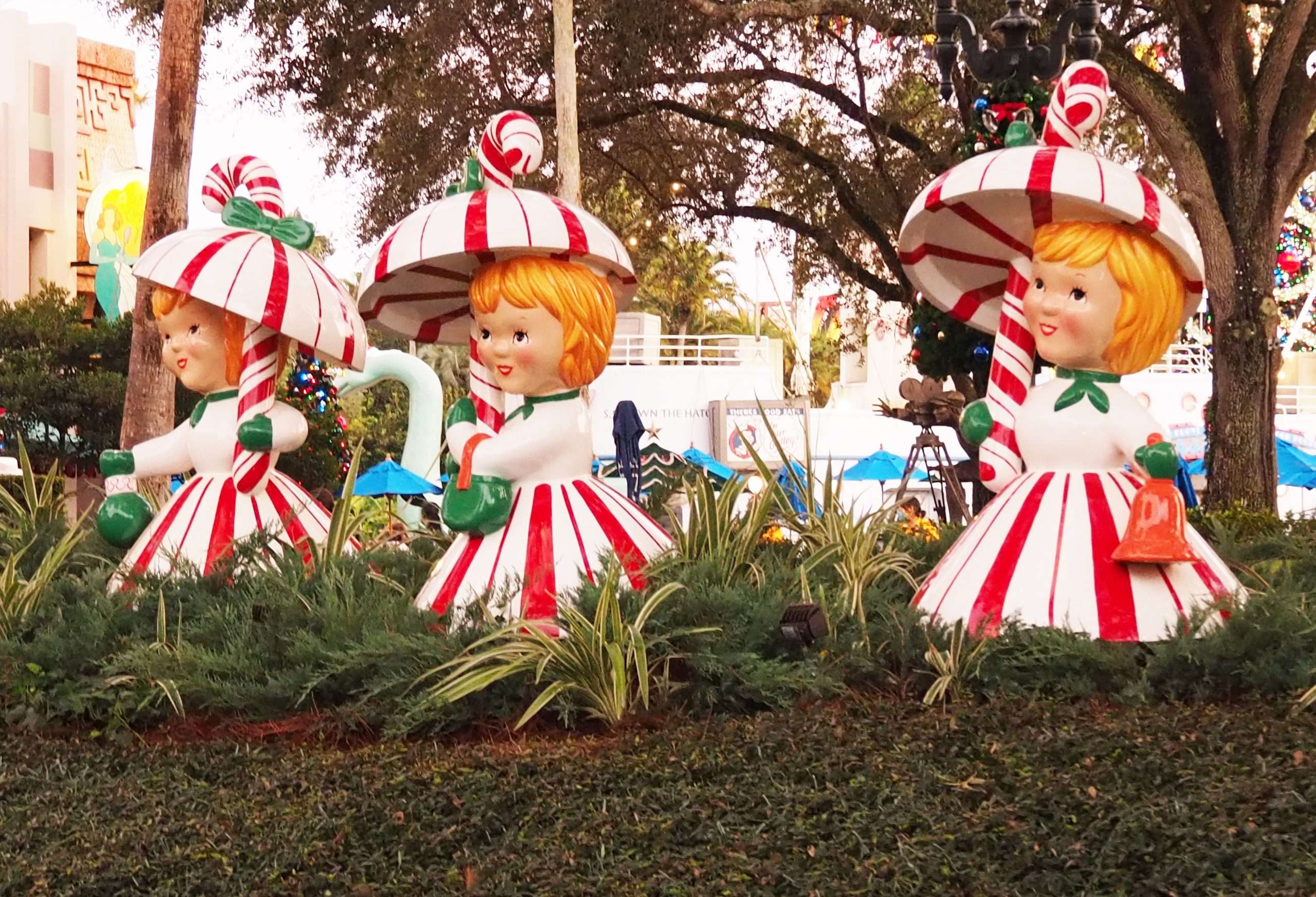 Hollywood Studios for the Holidays means new festive treats, the adorable seasonal popcorn bucket reveal, ride overlays, and fake snow. And we love that we don’t have to pay extra for the holiday experience at Hollywood Studios. This year Christmas at Walt Disney World Begins on November 12, 2021. Here’s all the Christmas cheer you can look forward to if you’re visiting this Walt Disney World park during the holidays. 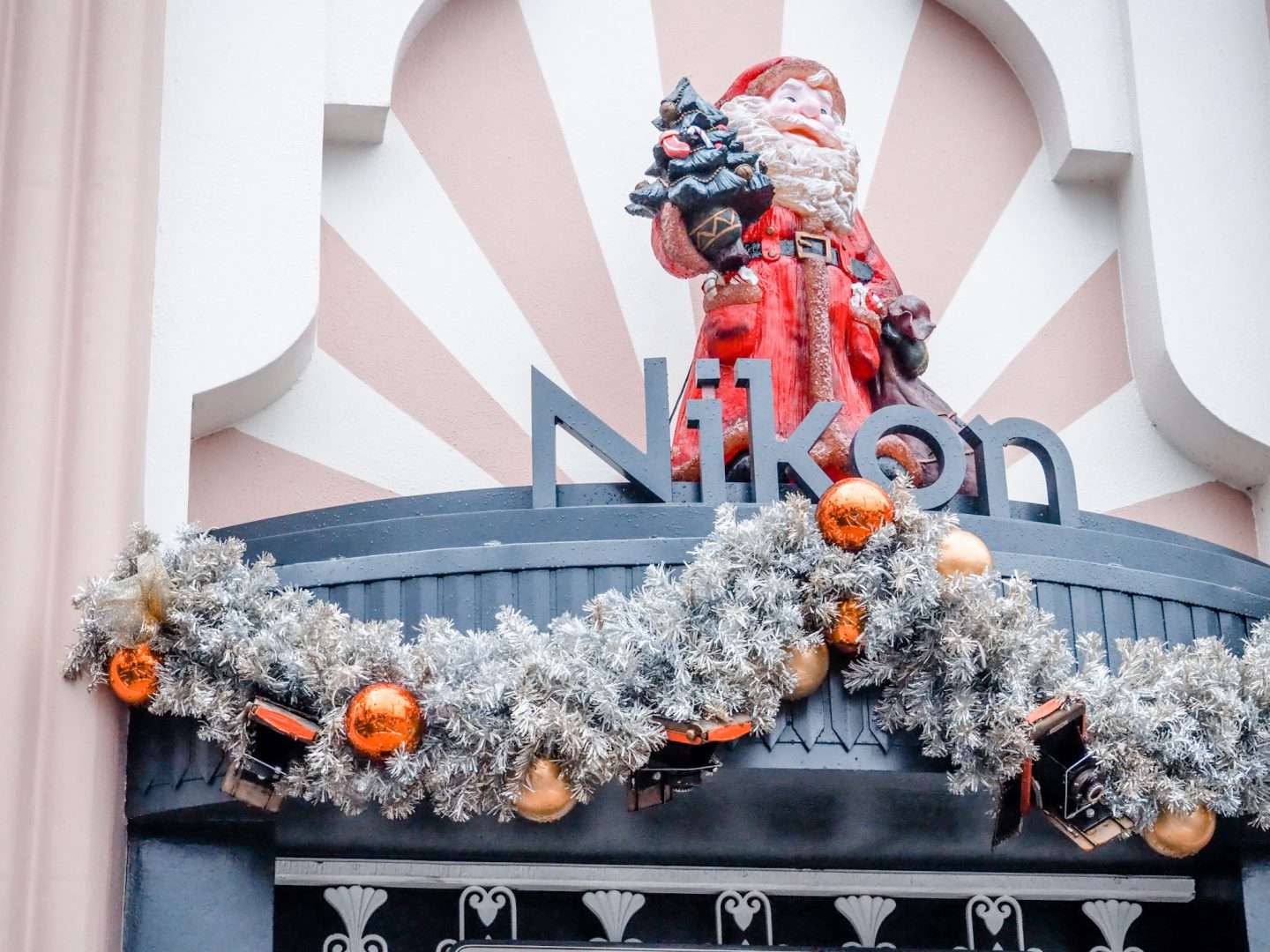 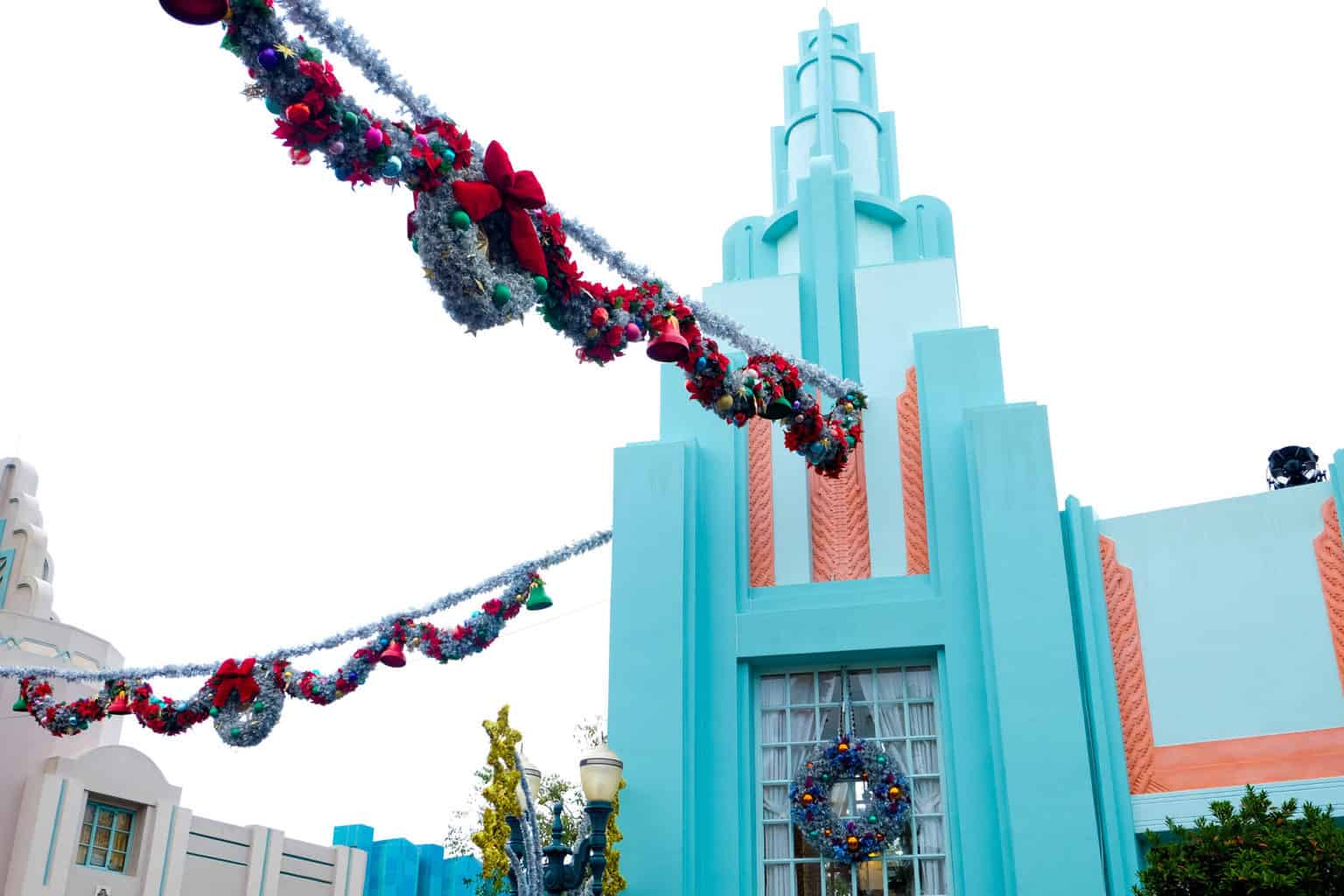 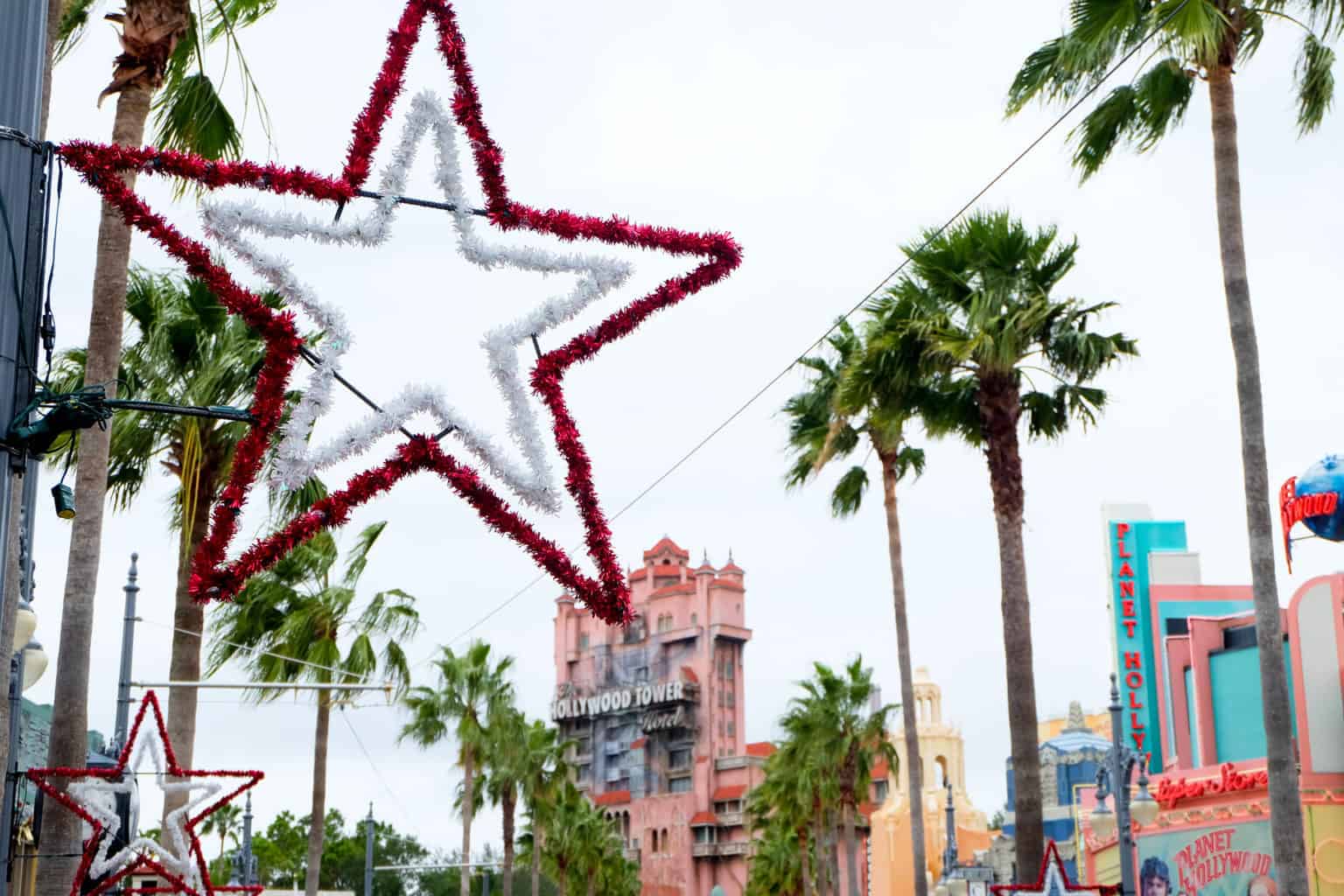 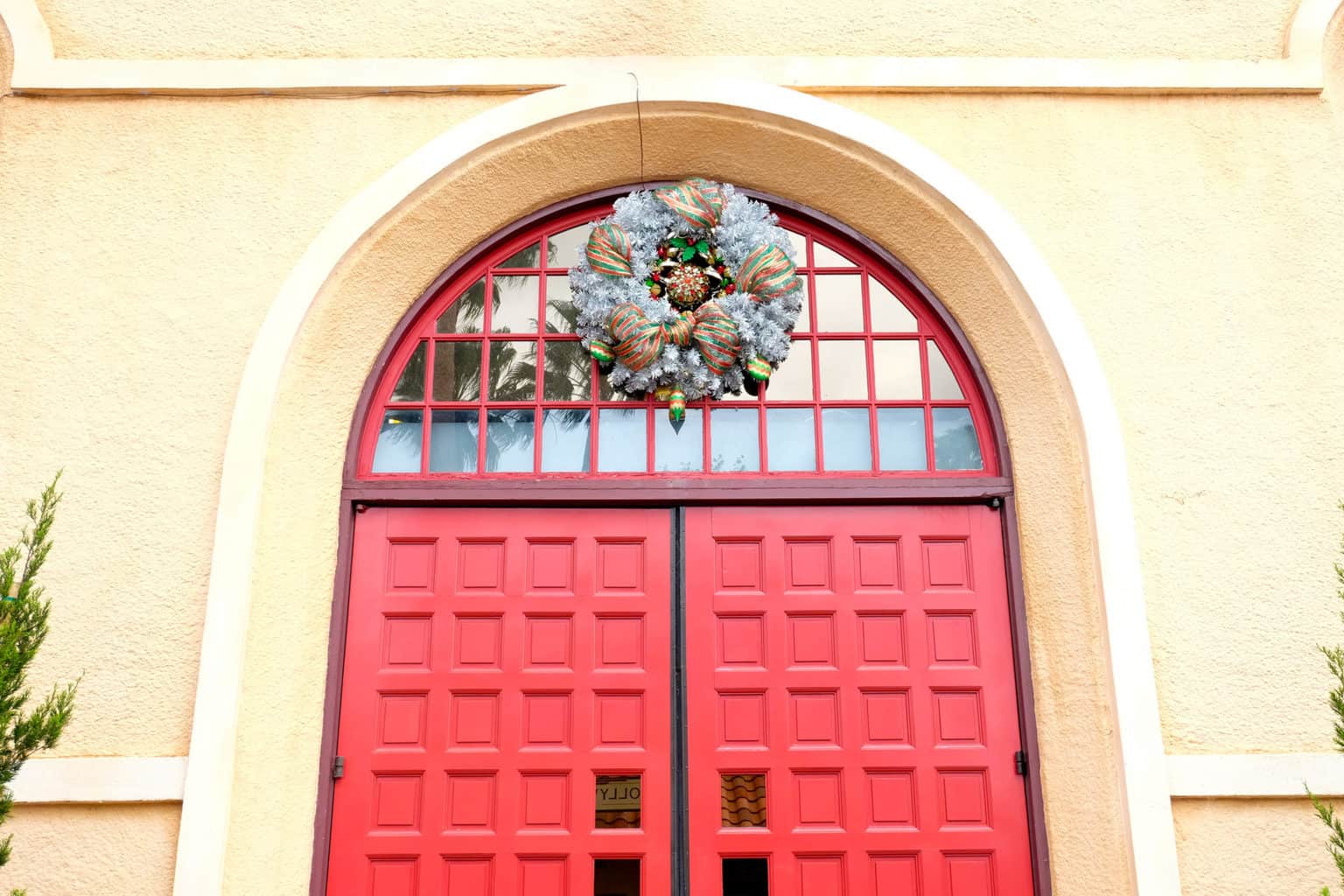 So why should you visit Hollywood Studios for the Holidays? Let’s take a minute to admire the throwback vintage retro-y Christmas decorations that will take you back to the memories of being at Grandma’s for Christmas, shall we?

Add in some holiday music to match the vibe and it’s enough to get even the biggest Scrooge to convert to a Christmas fan. These postcard-perfect decorations are just what you need for your family Christmas photo.  Or a swoon-worthy Instagram photo to bring some holiday cheer to your feed. 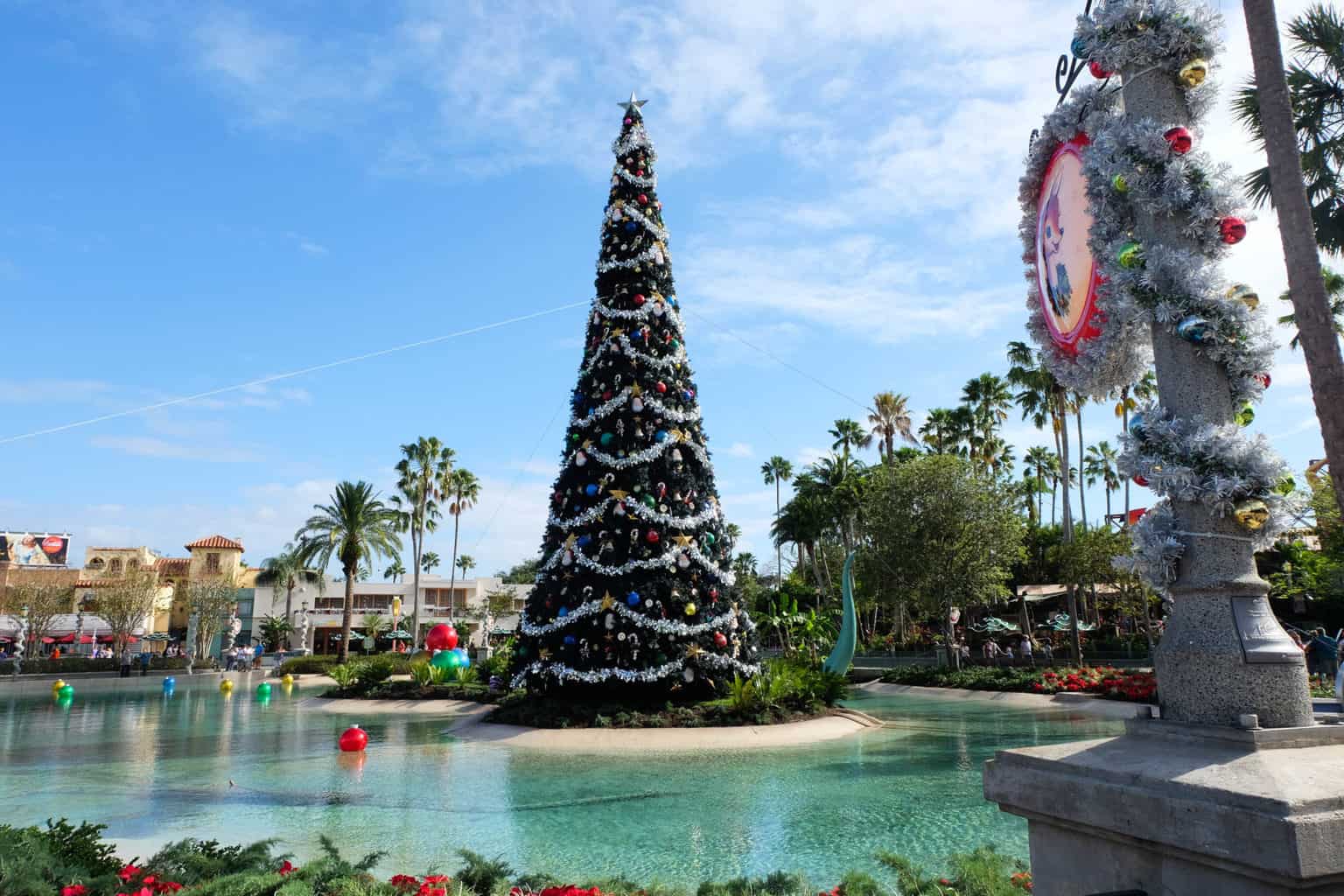 Ok, so we know you didn’t come all the way from wherever just for Christmas decorations. Though kudos to you if you did, because we are those people. But if you’re not as Christmas obsessed as we are, then you’re going to need more than holiday music and Christmas photo ops to get you into Hollywood Studios. 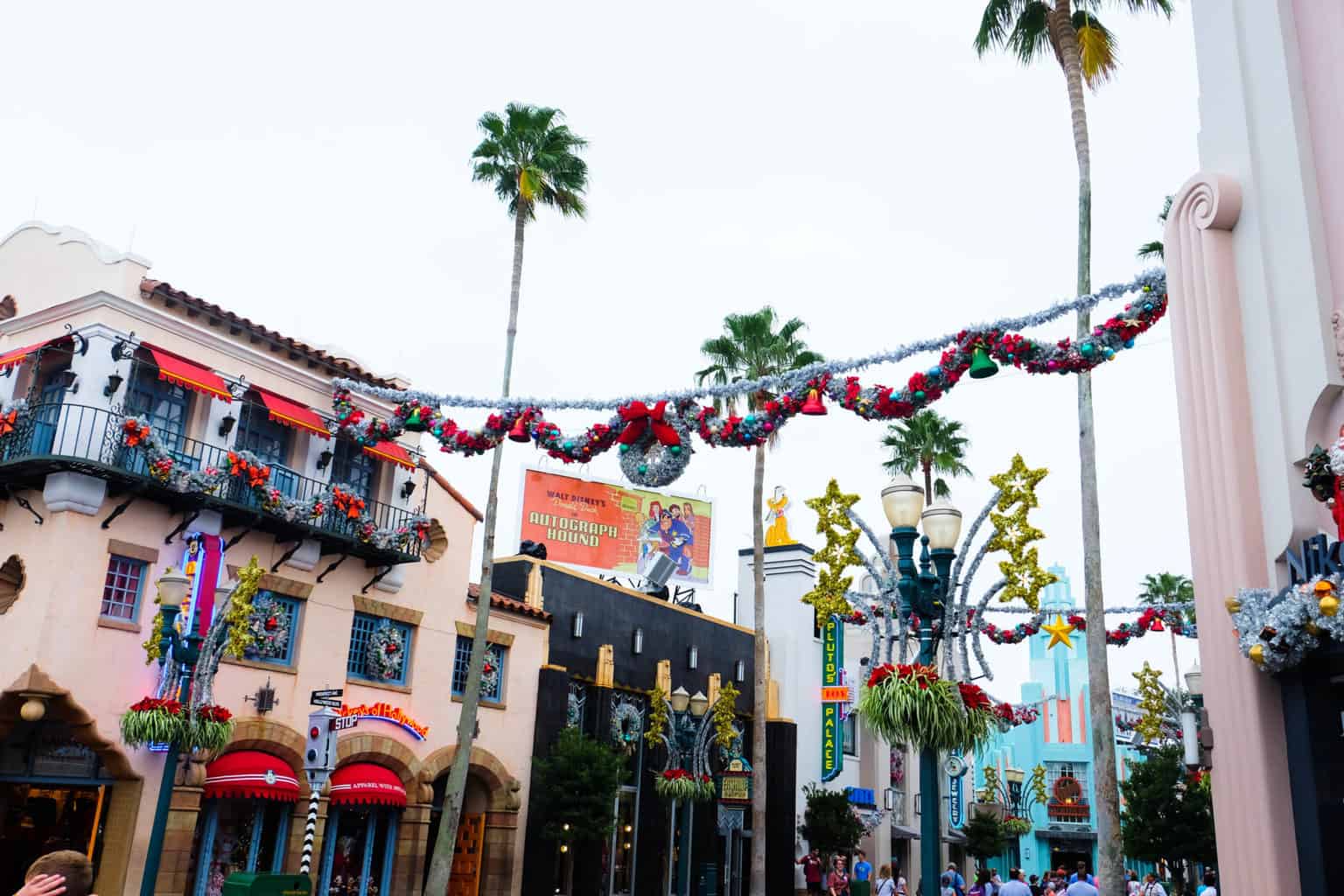 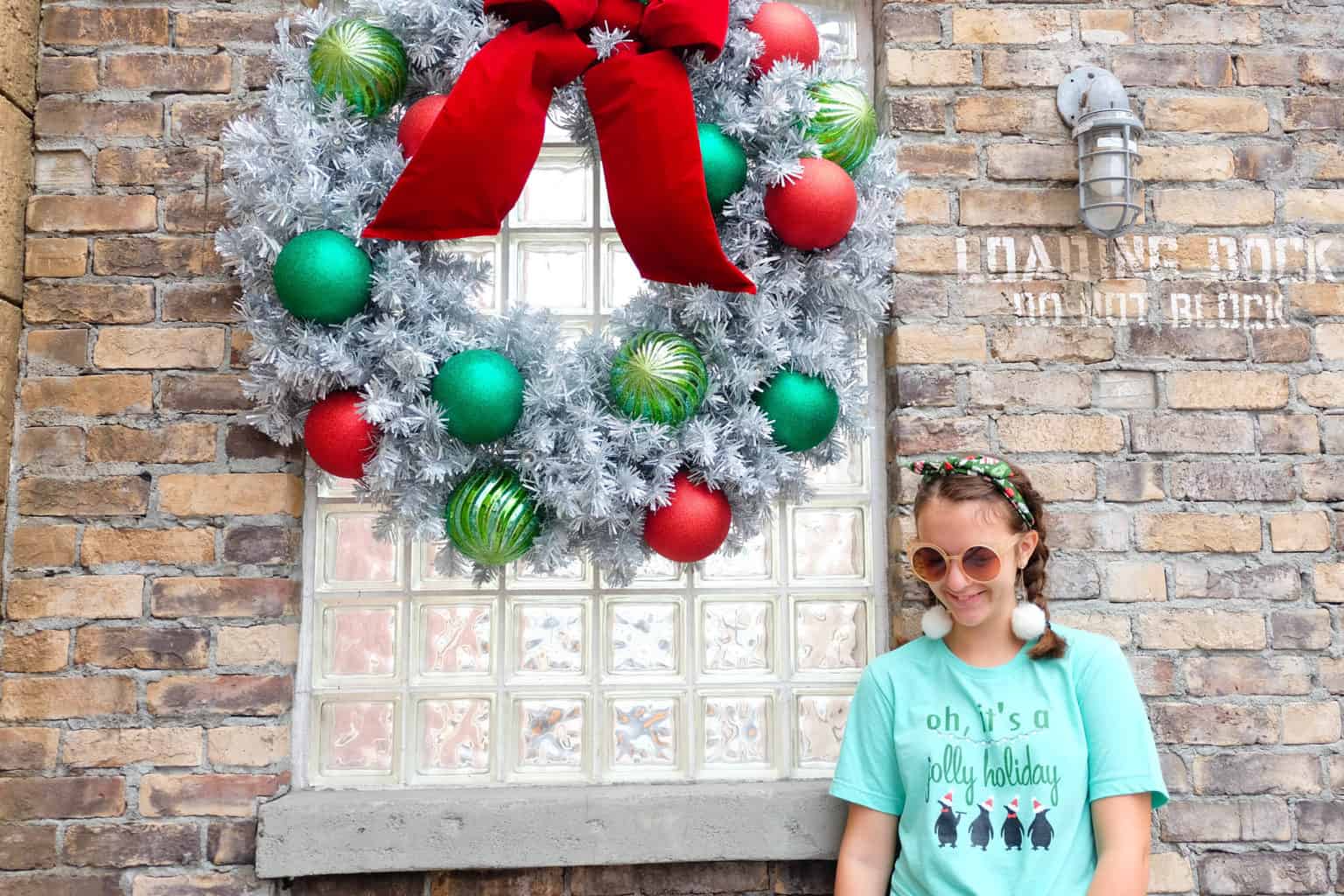 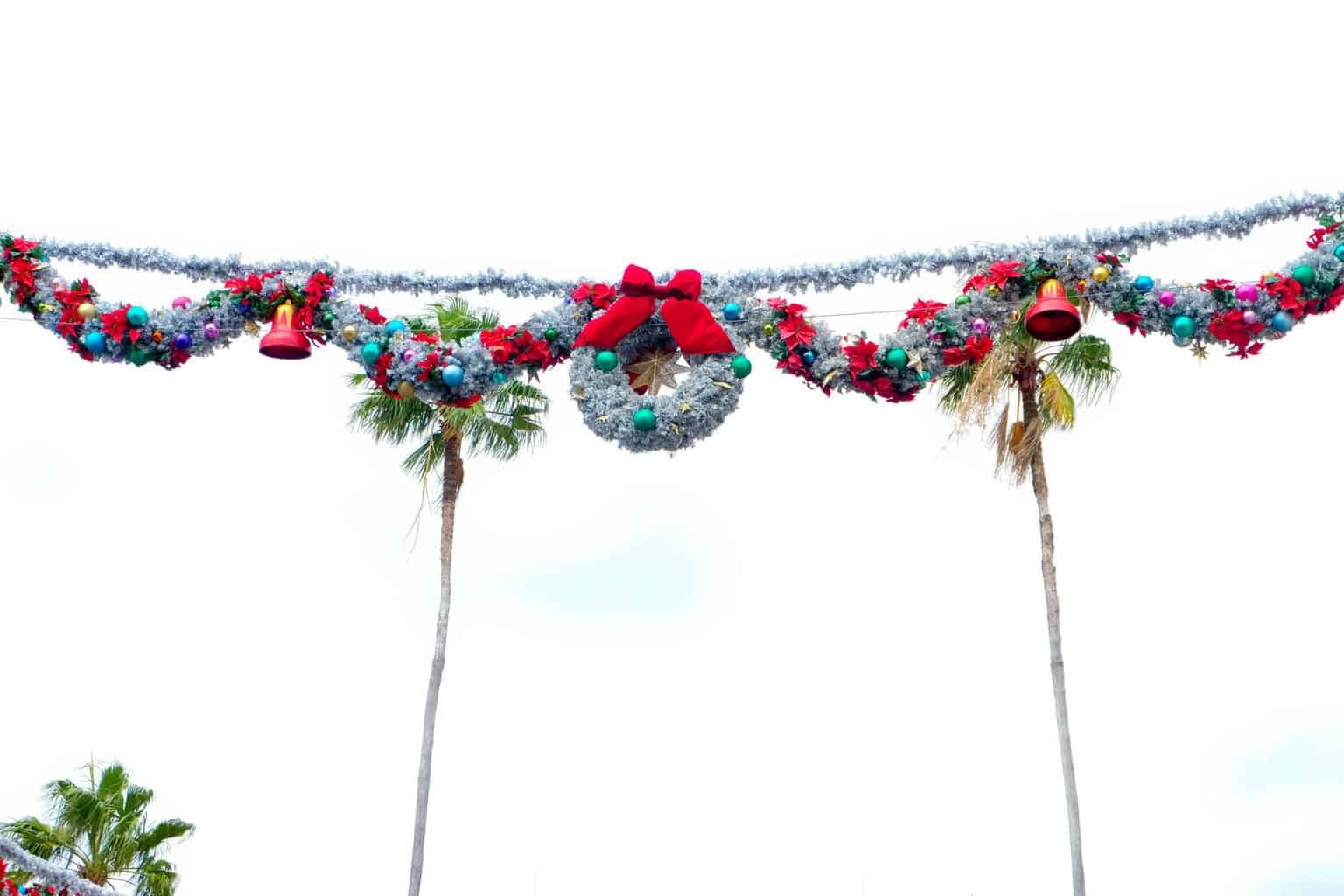 So what did you come to Hollywood Studios for the Holidays for? The food? That’s usually our second reason for coming to Walt Disney World. So it’s possible that it also tops your list. And if so, you’re in luck because Hollywood Studios has lots of goodies and holiday treats throughout the park. All with their own Hollywood Studios Holiday spin!

And the best part is, if you’re using the Disney Dining Plan, many of the best holiday snacks are available with a snack credit. Just look for the DDP (Disney Dining Plan) notation next to the item on the menu. Be sure to check out all the New Snacks at Walt Disney World for Christmas! Hollywood Studios has quite a few of them! 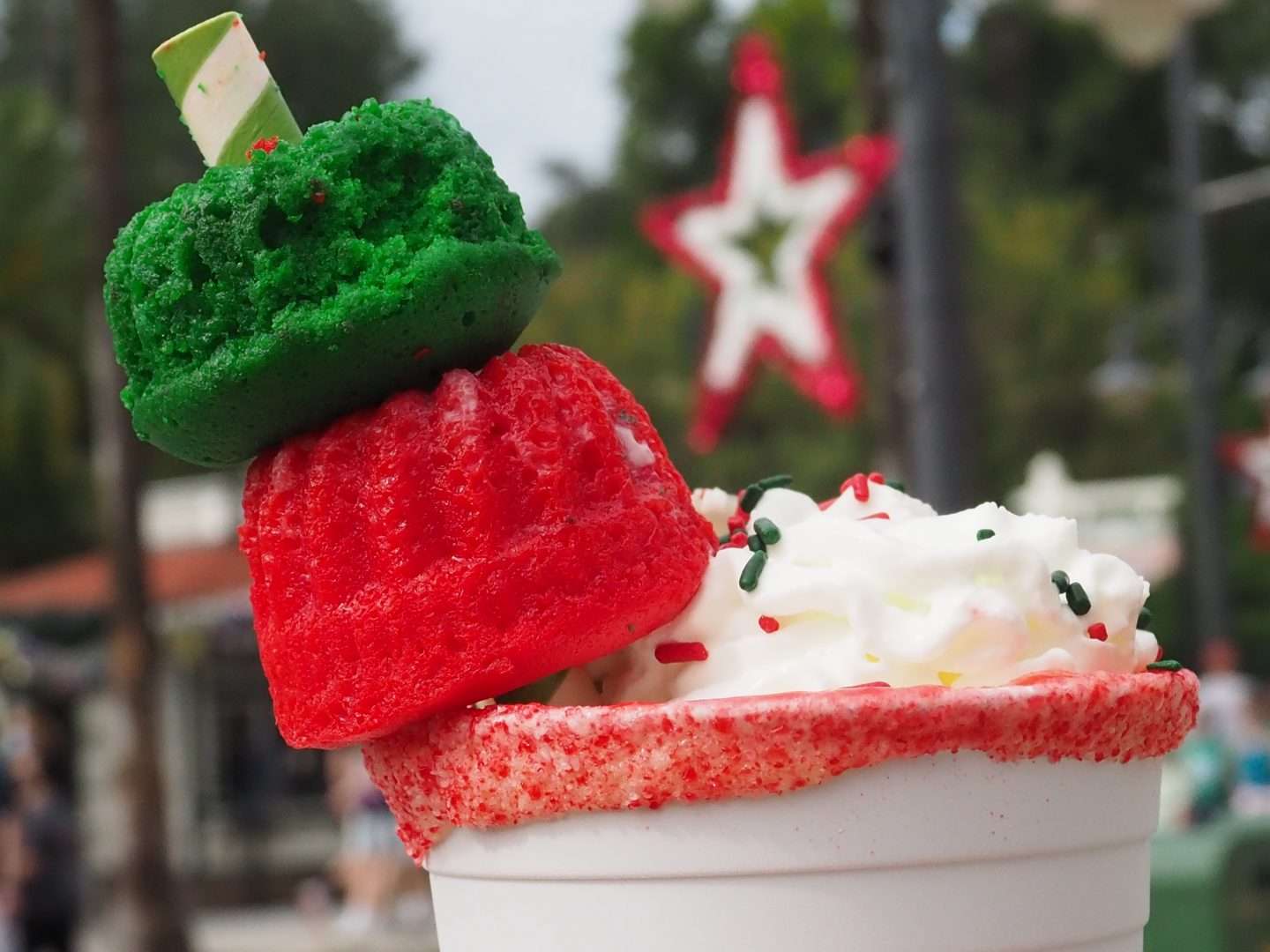 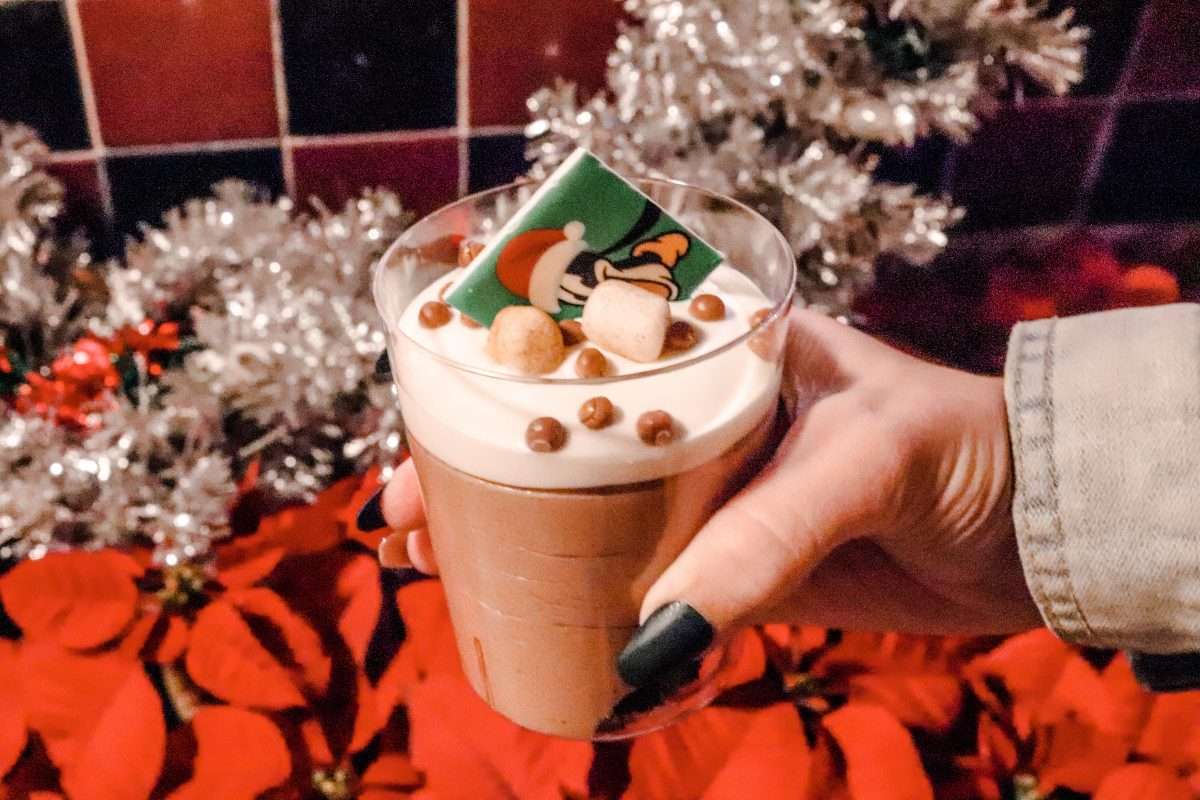 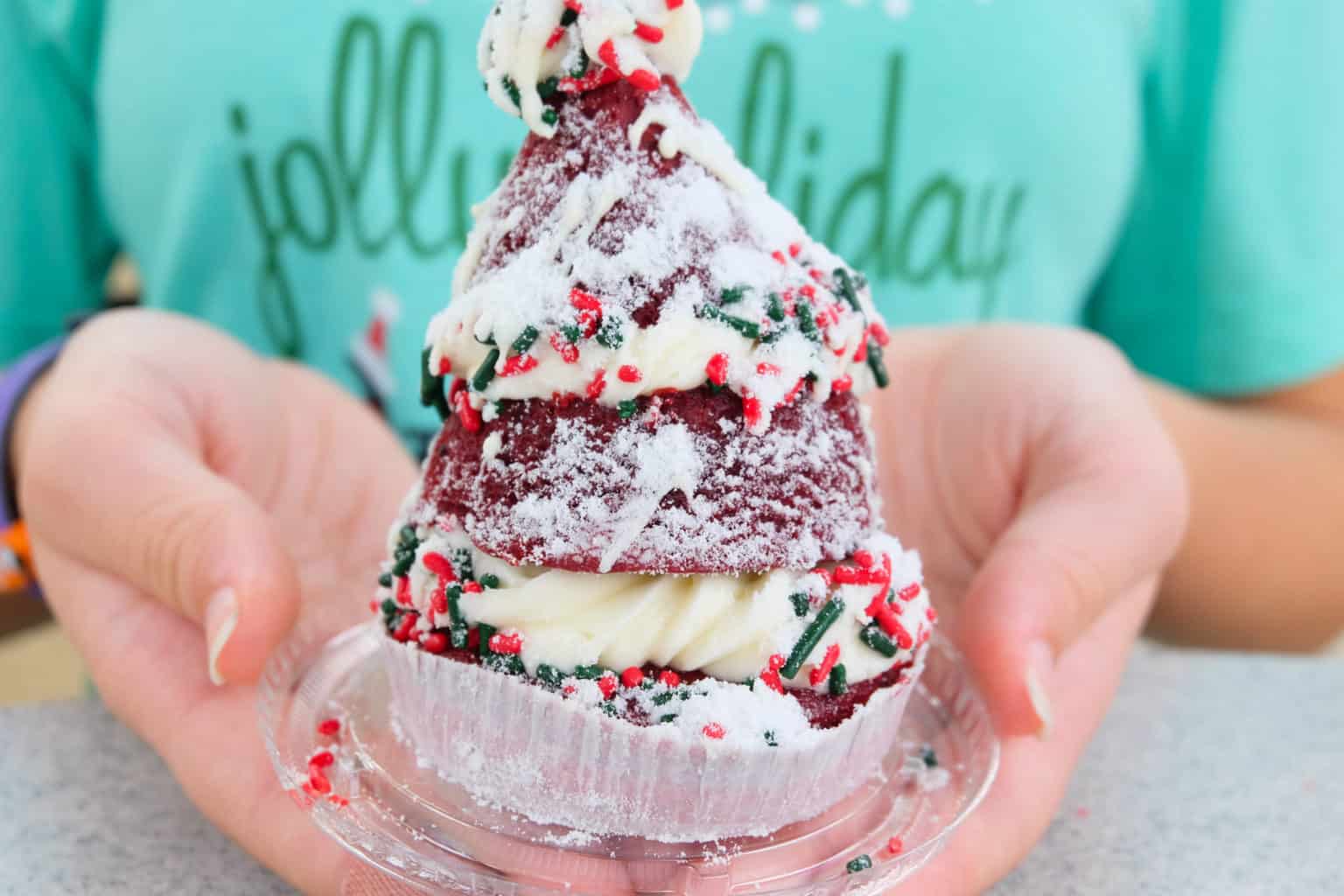 One of the biggest deals at Hollywood Studios for the Holidays is grabbing dinner at Hollywood and Vine for Minnie’s Holiday Dine. Not only can you meet some of your favorite characters during this character meal, but you also get to meet them in their HOLIDAY OUTFITS. Did someone say Santa Goofy?? You bet. And we have the perfect Minnie Mouse DIY Sweater you can make to dress for the occasion. And no worries, if Disney character meals aren’t your thing, never fear! The holiday décor carries throughout other restaurants too. Love 1950s Prime Time Café? You can hang out in Grandma’s living room complete with a vintage Christmas tree and holiday family fun. 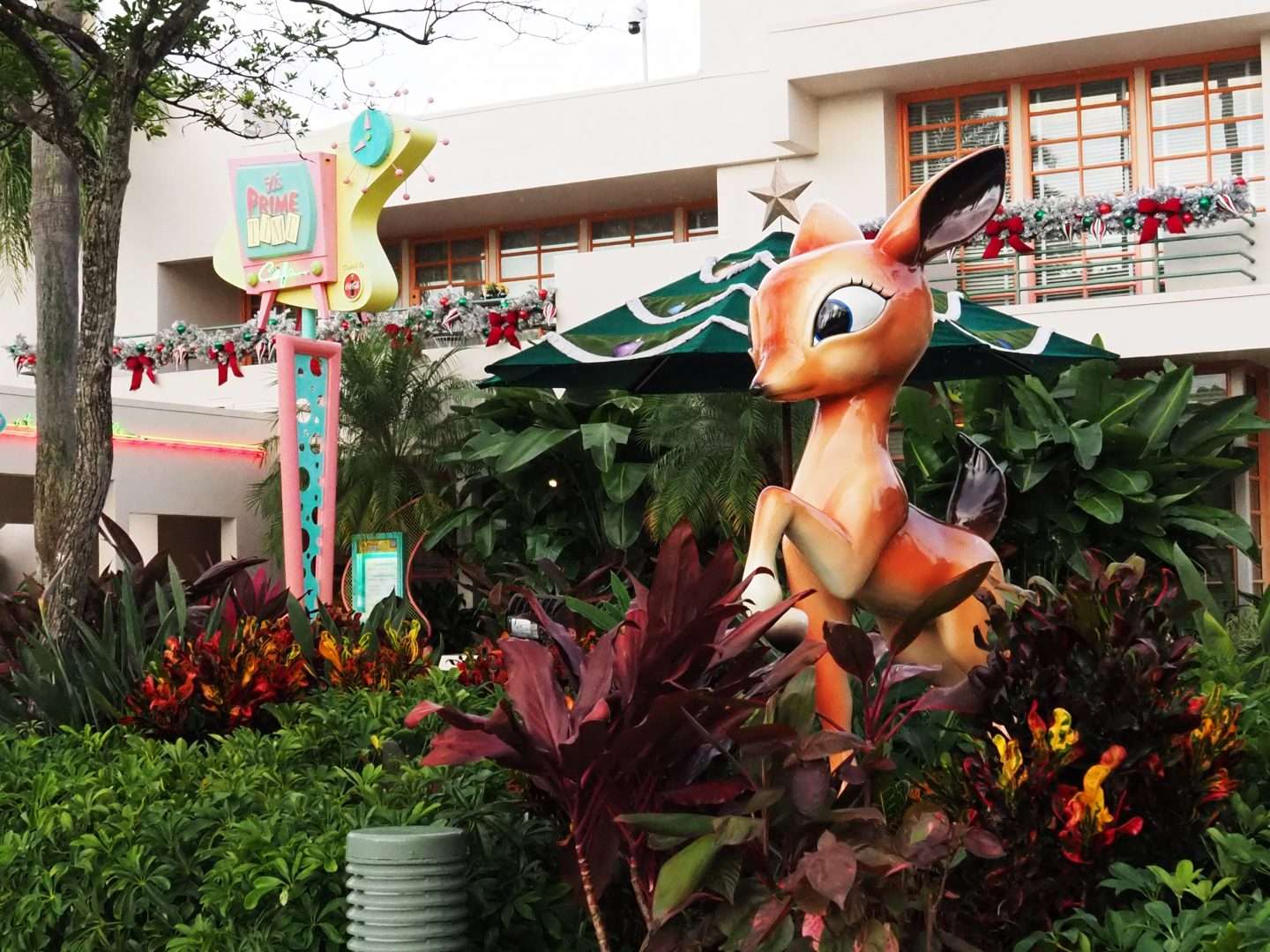 One of the best parts of visiting Hollywood Studios for the Holidays is the Christmas Popcorn Bucket! In classic Disney style, this little bucket changes every year and everyone waits for the reveal of the cute holiday character chosen. These holiday popcorn buckets are an extra budget-friendly souvenir that gets you popcorn refills throughout your stay for an extra 2 bucks- unlimited! We also love how they can double as a purse to add some flair to your holiday outfit.  Check out all the new holiday popcorn buckets in our Disney Christmas Snacks post. 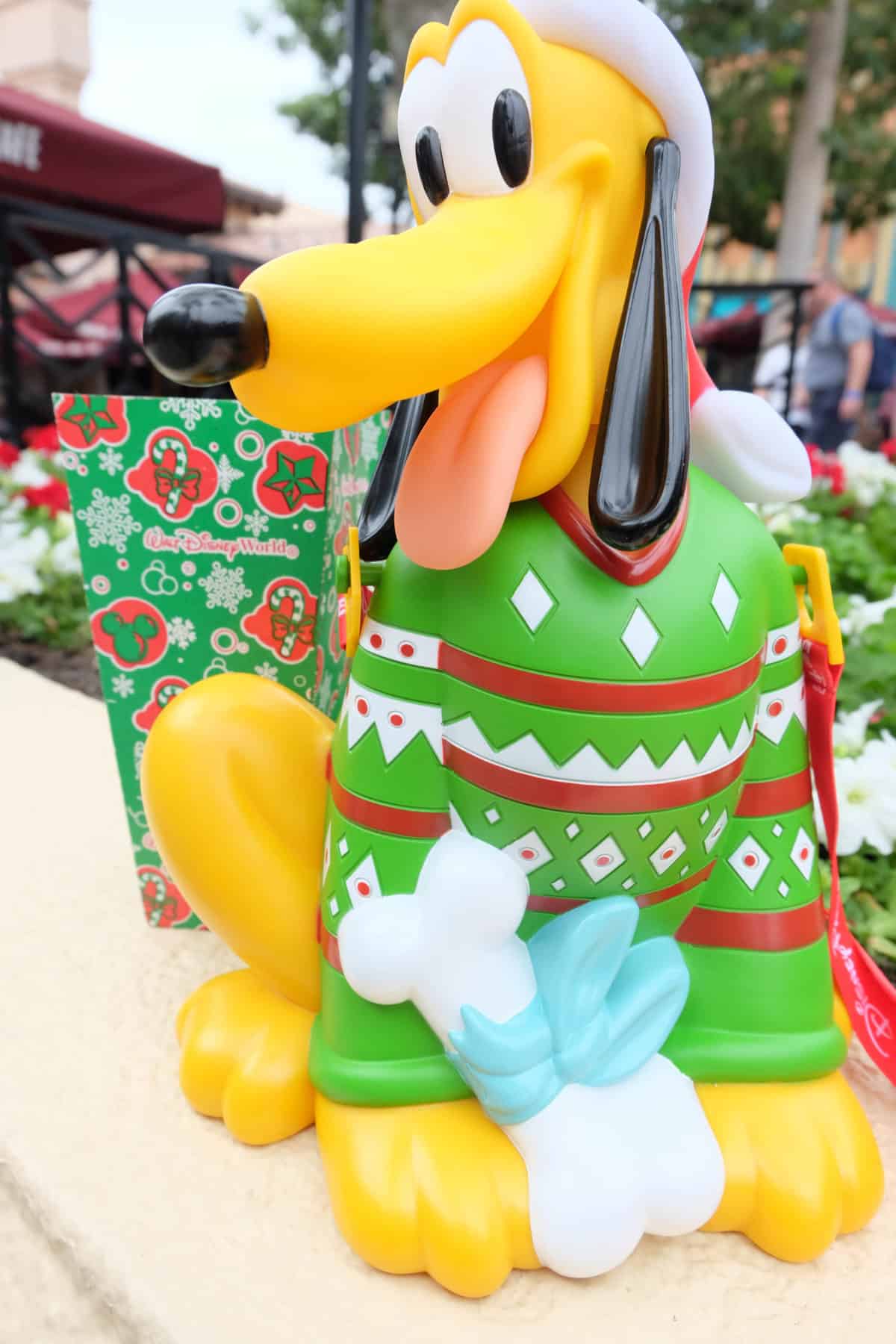 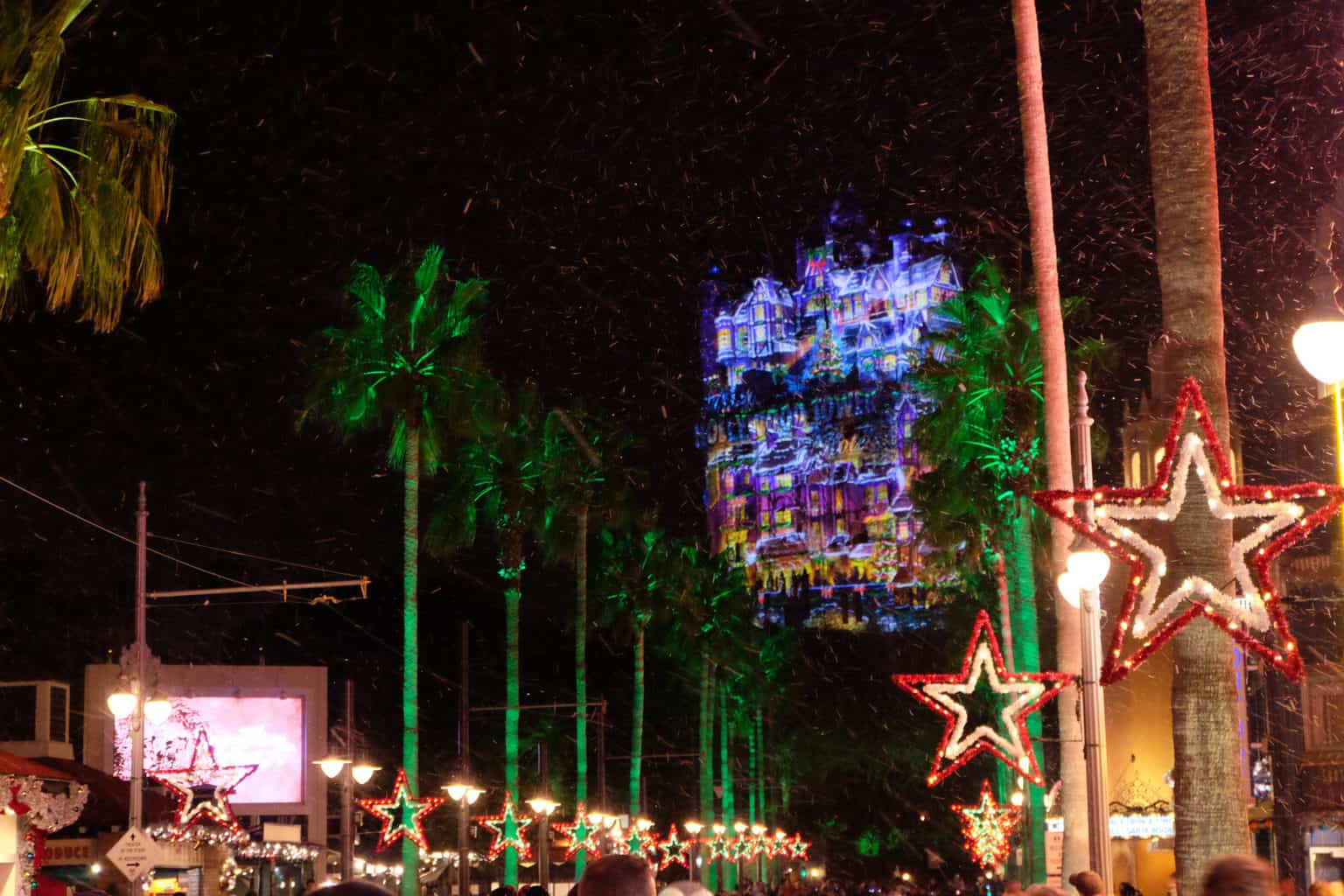 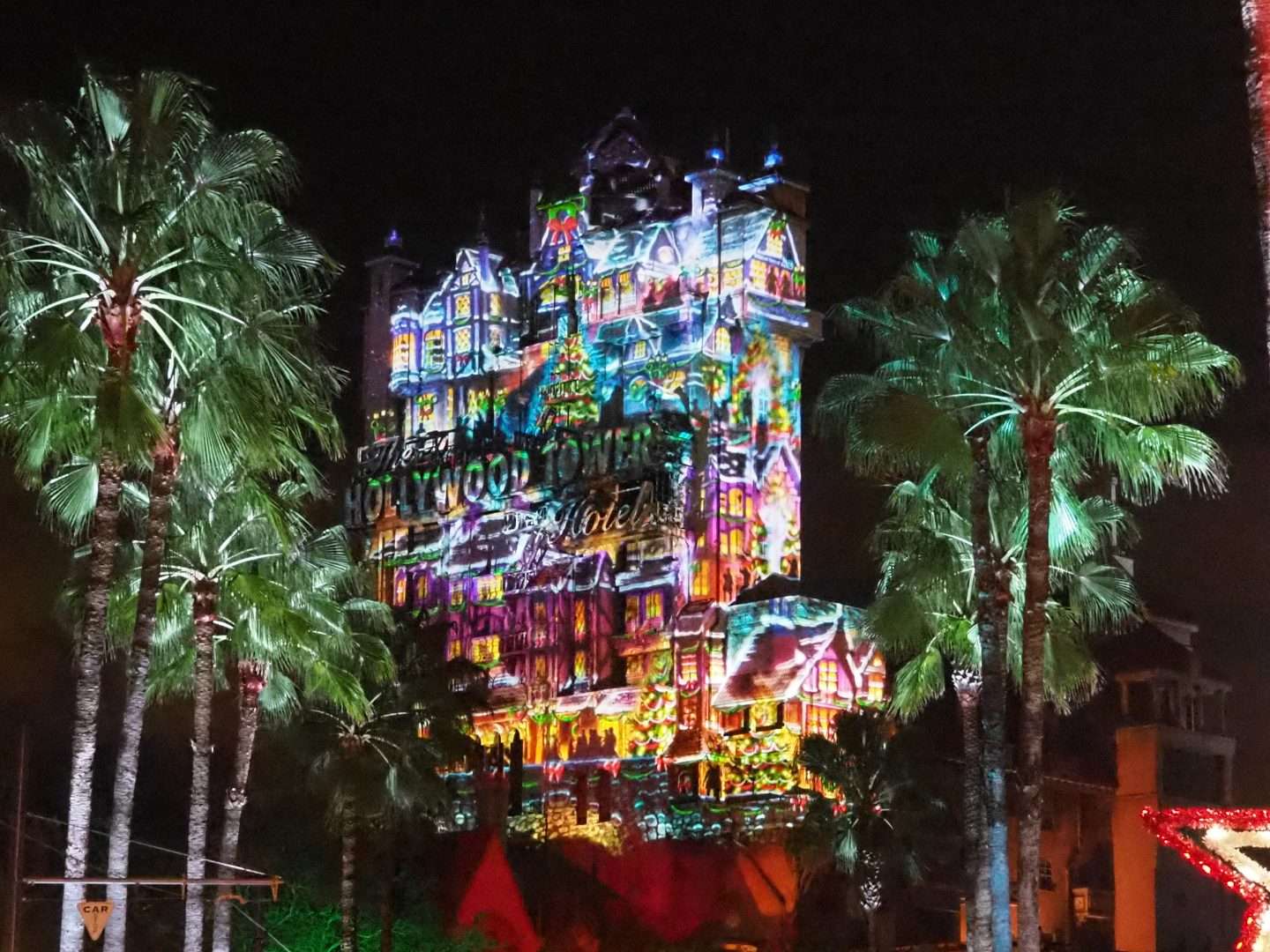 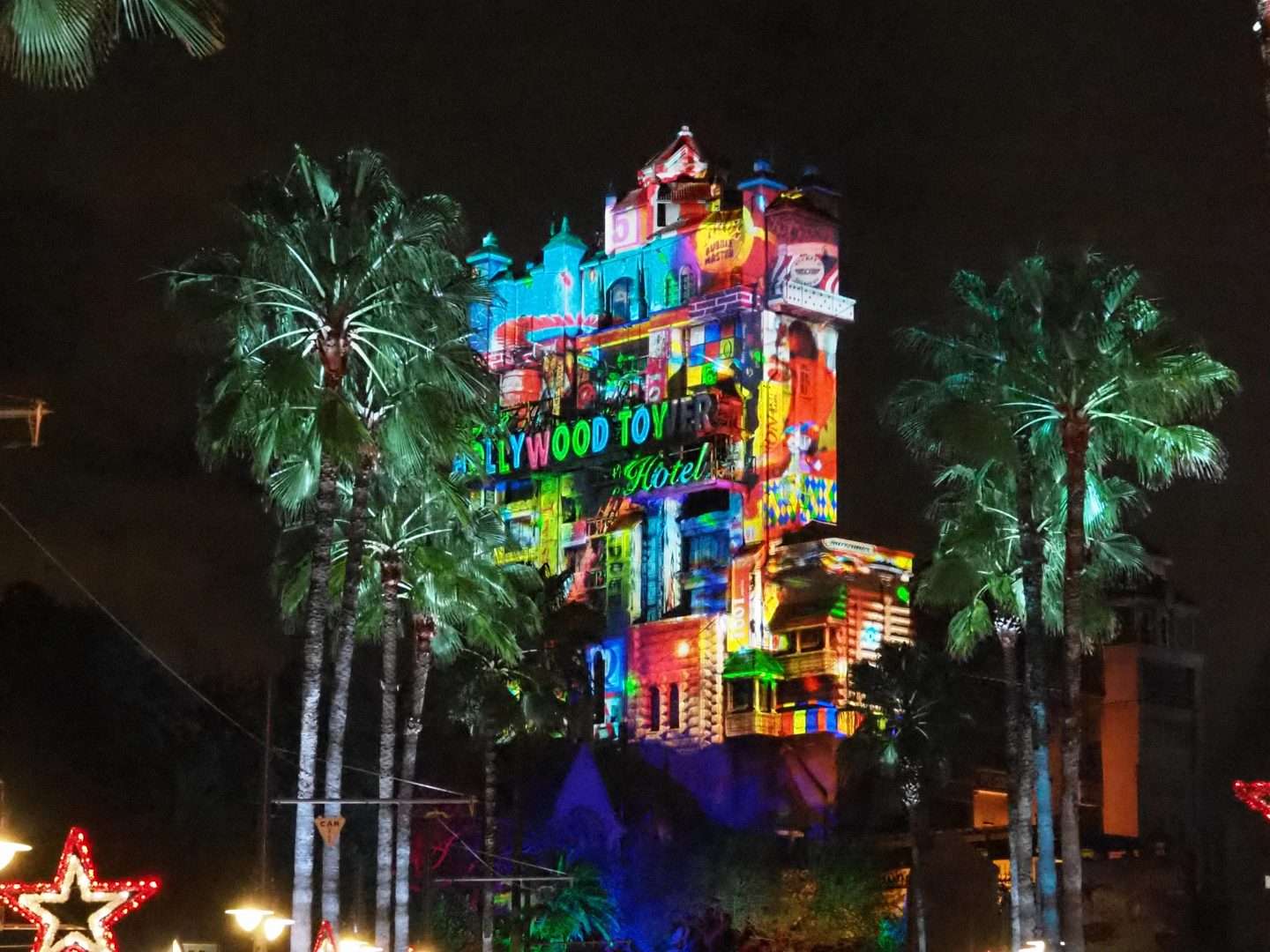 This Flurry of Fun at Hollywood Studios includes three elements of the holidays right on Sunset Boulevard. Sunset Seasons Greetings is a digital show on the Tower of Terror featuring festive holiday projections like the building of a gingerbread house, or tumbling Christmas gifts. Featuring snowy Arendelle, a Muppets gingerbread masterpiece, a Toy Story toy hotel, and a Dickensian village inspired by “Mickey’s Christmas Carol.” You can also grab some cocoa and watch the street side billboards showcase new holiday stories. From classic holiday Mickey cartoons to the Muppets these gigantic billboard televisions will transport you to the good old days. And we couldn’t call it a flurry without a little bit of snow. Snow falls nightly on Sunset Boulevard to set the holiday mood.

Olaf’s special Holiday Finale is center stage in the First Time in Forever: A Frozen Sing-Along as part of the show overlay for the holidays.

The Toy Story Land Christmas Overlay. The overlay features holiday tunes streaming on Alien Swirling Saucers, jingle bell sounds on Slinky Dog Dash, and Woody, Buzz, and Jesse in some spruced-up holiday wear.  Be on the lookout! Toy Story Land will also get decorated with popcorn strung around the place in classic Christmas fashion. 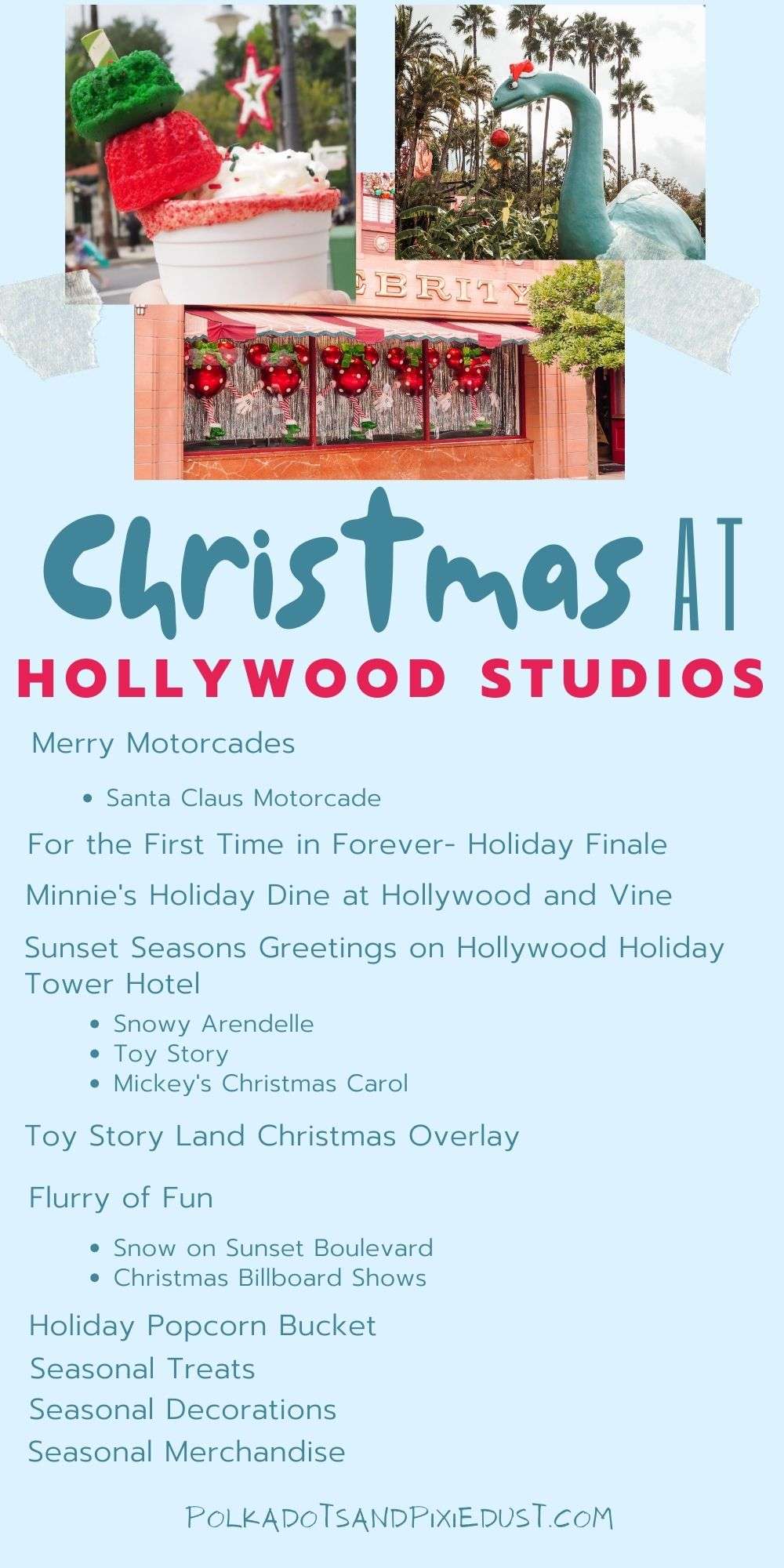 Hollywood Studios for the Holidays

There is so much to do at Hollywood Studios for Christmas that we can’t get enough if the lights, snacks, music, snow, and fun. What do you love at Walt Disney World during the holidays? 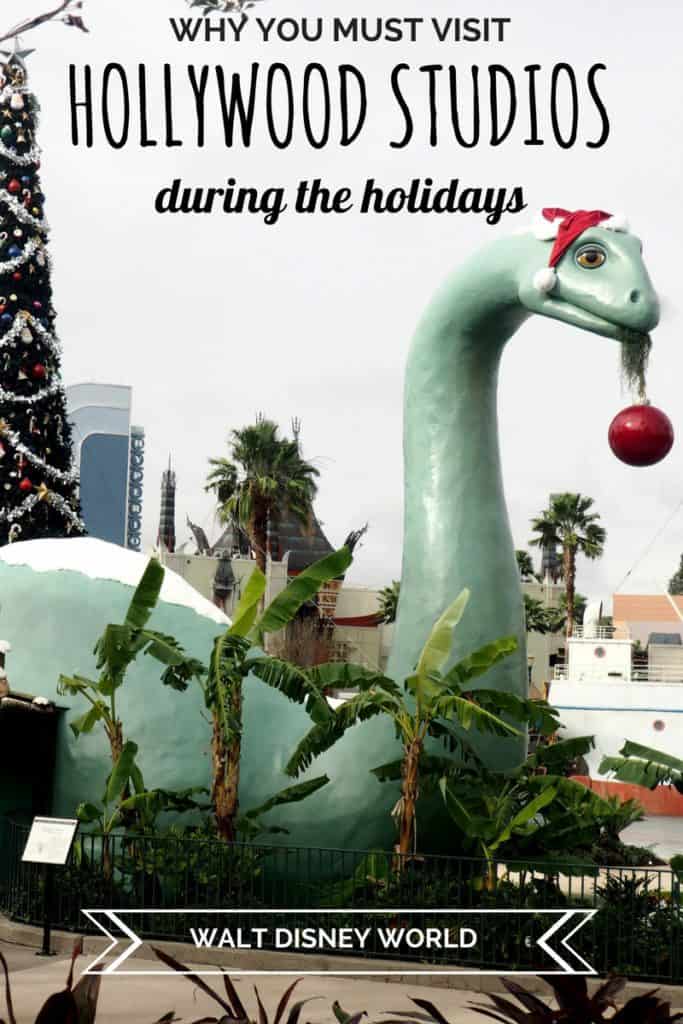 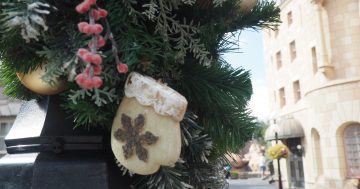 If we lived in Florida, the Walt Disney World Festival of Holidays at Epcot would definitely be a holiday tradition for us. With holiday kitchens, holiday stories across the World Showcase, decorations, merchandise and the Candlelight Processional, there truly is something for everyone. If you […]