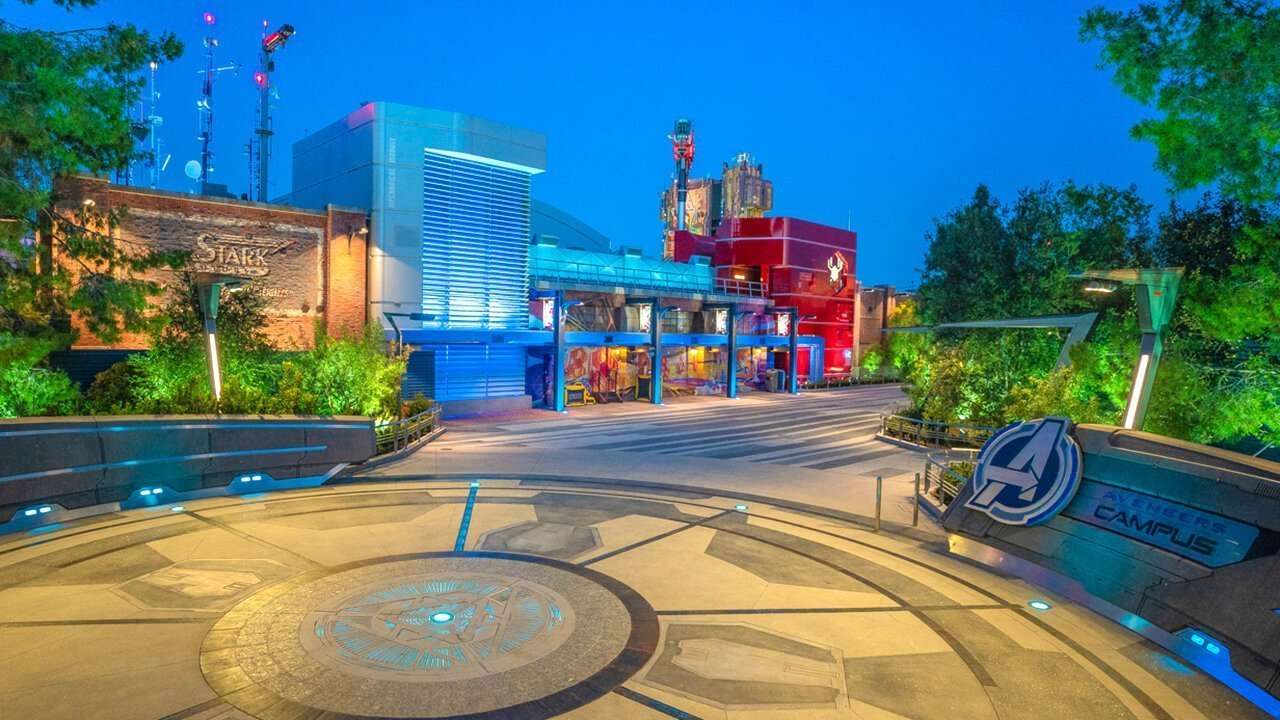 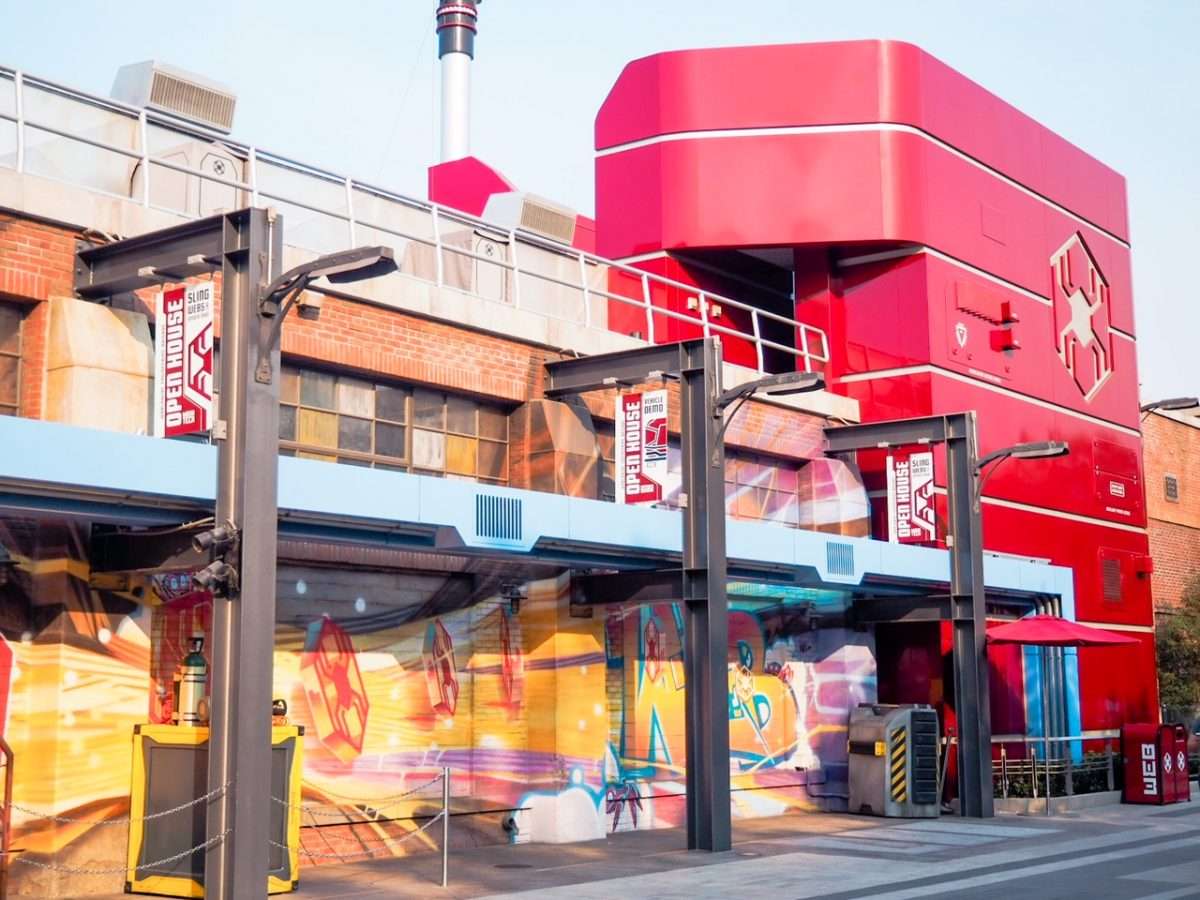 Where is Avenger’s Campus?

Avenger’s Campus is found in Disney’s California Adventure Park which is part of Disneyland Resort. And is the newest area to arrive, with new rides, restaurants, gifts shops and experiences.

Currently, Avengers Campus has two rides, and there are supposed to be more on the way! Check out the Avengers Campus Attractions you can ride at Disney’s California Adventure.

As part of the first phase of Avengers Campus, the Spiderman Ride features a “Web-Slinger” vehicle, which allows you to sling webs just like Spider-Man. Because who doesn’t love a new way to be a superhero? And just like any good Disney attraction includes an involved backstory that includes Stark Industries, Pym Technologies, and the Wakanda Design Group as WEB partners. It’s all part of the WEB Worldwide Engineering Brigade. In this ride, you work with Spider-Man himself to help capture and control the Spider-Bots before they demolish Avengers Campus!

How can you ride WEB Slingers Spider-Man Adventure? By standby line or by purchasing an individual Lighting Lane Pass. 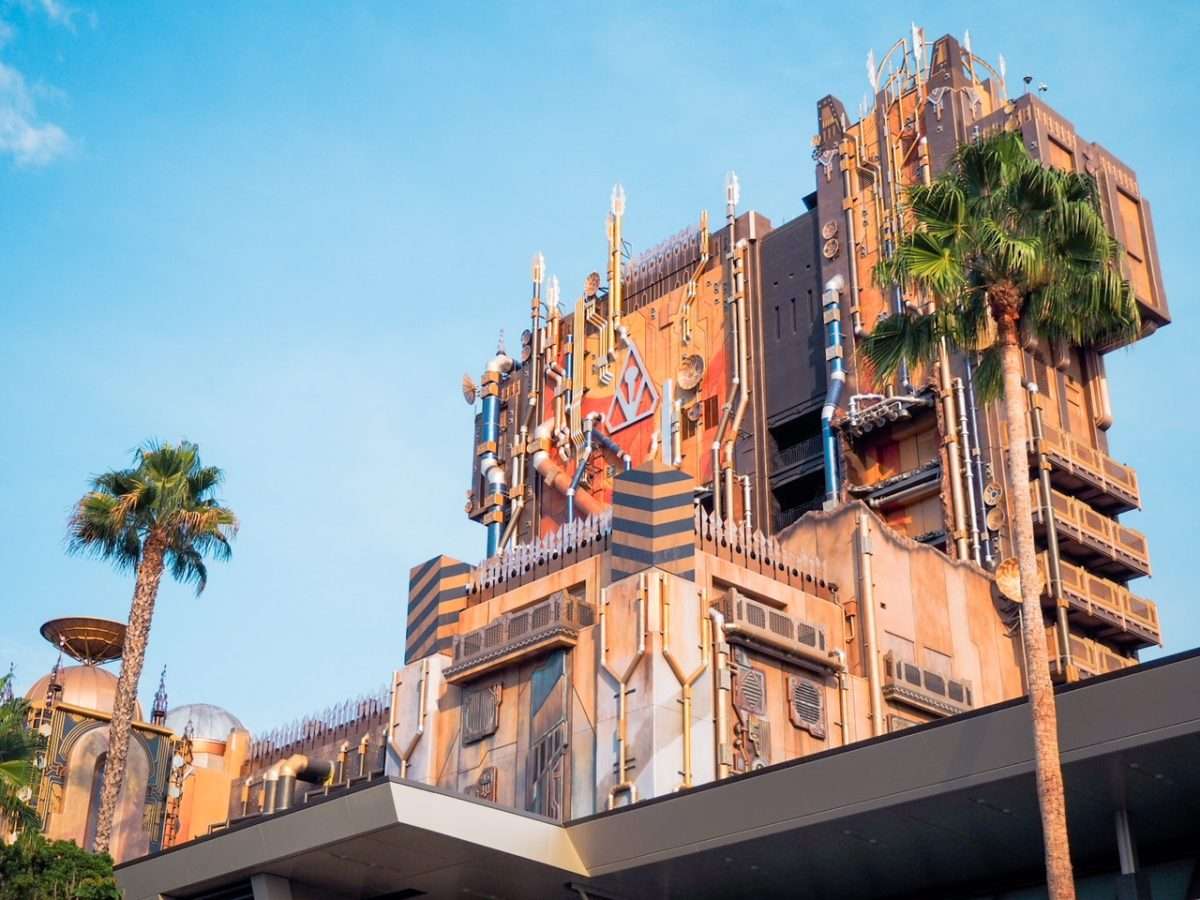 Guardians of the Galaxy- Mission BREAKOUT!

Previously the Tower of Terror, this free-fall ride brings guests close to the action to help Rocket save the Guardians from the Collector’s Fortress. Six storylines are part of this adventure, so be sure to try them all! You’ll be able to tell they are different because the soundtrack changes! Complete with crazy random free-fall drops! 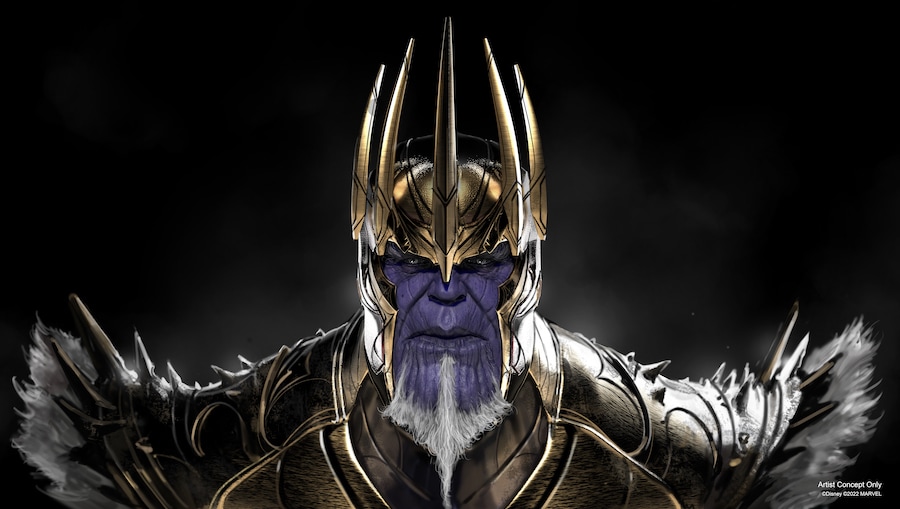 The newest addition to Avengers Campus at Disneyland Resort brings the Avenger’s most dangerous villain to the forefront, King Thanos! All part of the Multiverse expansion in the park, this new ride allows guests to team up with the Avengers to battle the bad guys. Opening TBD 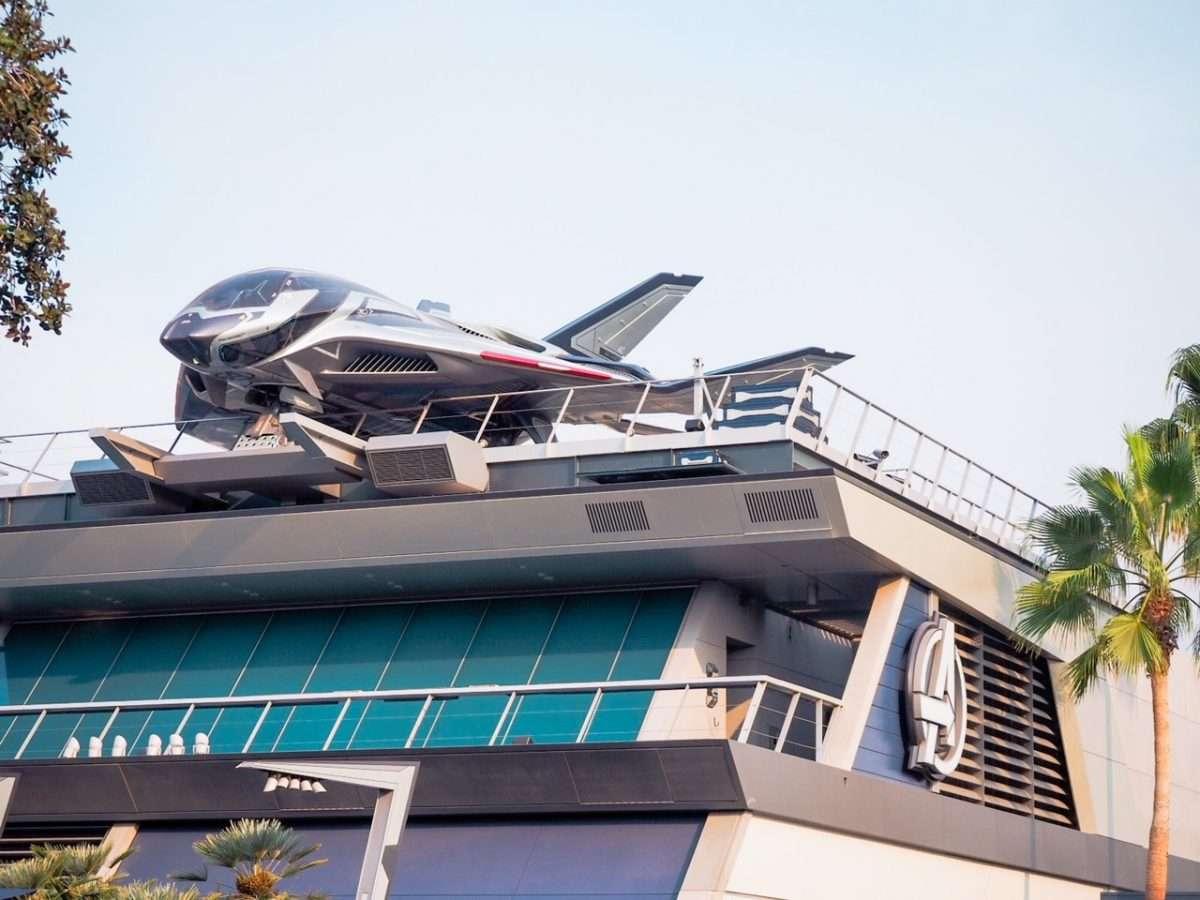 What can you do at Avenger’s Campus?

“Since day one, we have been trying to figure out, how do we bring this land to life, and not just bring it to life where we get to see your favorite heroes or you get to meet your favorite heroes, but where you actually get to become a hero? That is what Avengers Campus is all about. It’s about actually living out your Super Hero fantasies. This land is finally the invitation for all of us to join the Avengers, all of us to join the team, and all of us actually find the hero within, which is just incredibly exciting.” 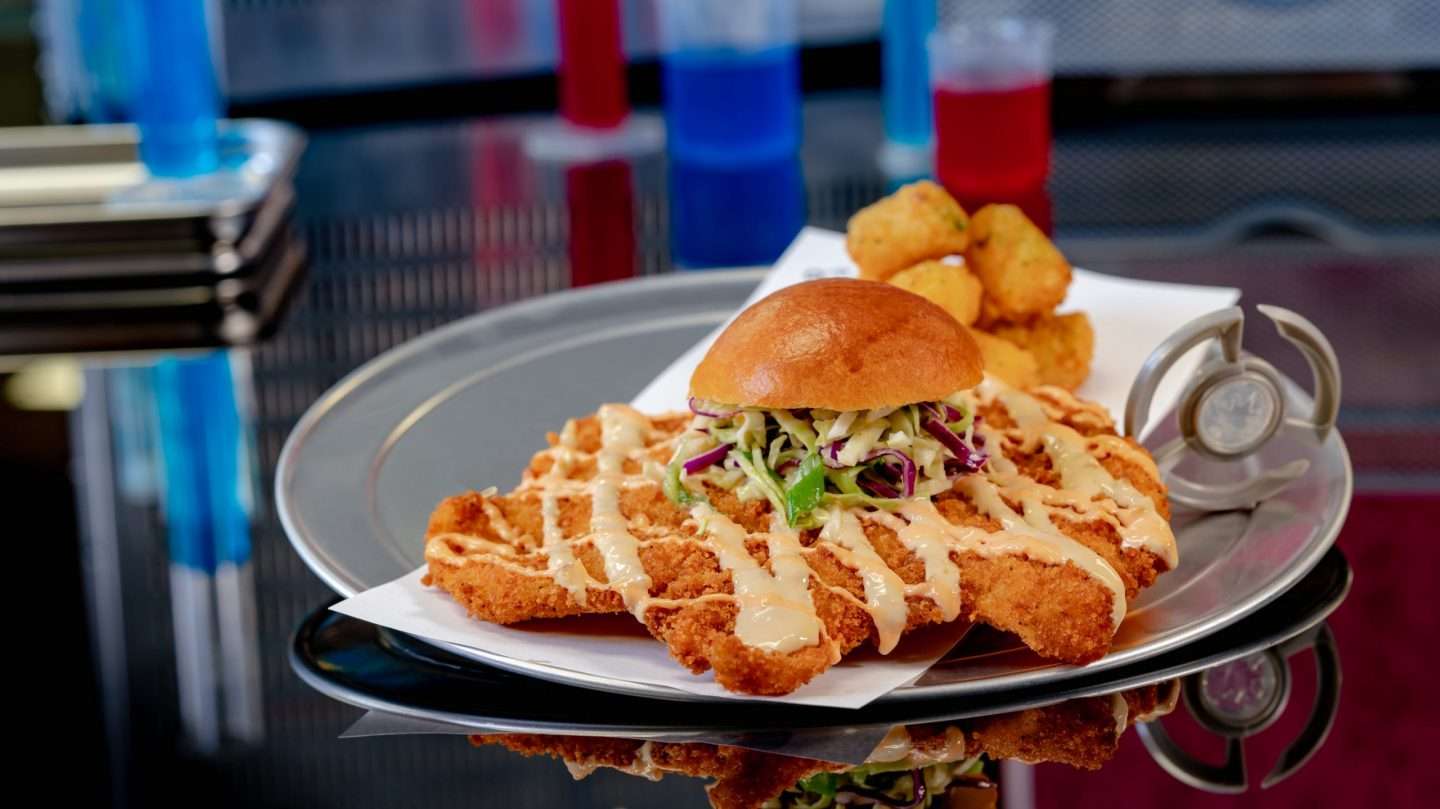 While roaming Avenger’s Campus, you can plan to grab lunch at the PYM Test kitchen! This Avengers food innovation science lab offers the most Instagram-able foods in unlikely big and tiny sizes. And with food options in shareable bites, you can taste test small and large foods to share.

Try the Quantum Pretzel, Proton Pb&J Punch, and the Not So Little Chicken Sandwich. We love that you can also mobile order select foods from this Ant-Man restaurant. The ChocoSmash candy bar is a favorite. See everything on the Pym Test Kitchen Menu.

Any city needing superheroes wouldn’t be the same without a bar. This grown-up stop at the PYM Test Kitchen includes craft beers and PYM-particle-infused cocktails. These drinks are sure to be interesting and pretty. Drinks are offered via a reverse draft system, filled from the bottom up.

This food cart is a favorite Avenger’s hotspot in New York. So you can plan on a variety of Shawarma-inspired snacks and bites to hold you over on campus. They include hand-held savory wraps and even a plant-based falafel. Check out the Shawarma Palace Menu.

Terran Treats is all about interesting foods. This food cart is located near Guardians of the Galaxy Mission Breakout and offers a “weird and wonderful menu of intergalactic eats”. Check out the Terran Treats Menu.

This new land in Disney’s California Adventure Park is filled with Marvel Easter Eggs throughout. From the ride queues to buildings, to signage, be sure to see what you can find. There is even a secret map of Avengers Campus that can be found on the ramp, just before boarding the WEB slinger vehicles.

Avengers “recruits” can find all sorts of heroes in Avenger’s Campus. Spider-Man, Iron Man, Captain Marvel, Ant-Man, The Wasp, Black Panther, Thor, Doctor Strange, and more can all be found on campus during your visit.

For a limited time, Marvel fans can meet The Incredible Hulk, completely decked out in his Quantum suit. Just head to Avengers Campus soon to get a look at this larger-than-life character! Opening September 2022

Head to Avengers headquarters to train with the Warriors of Wakanda, Okoye, and Dora Milaje. Learn compassion, strength, and courage and build your skills with a series of warrior exercises. 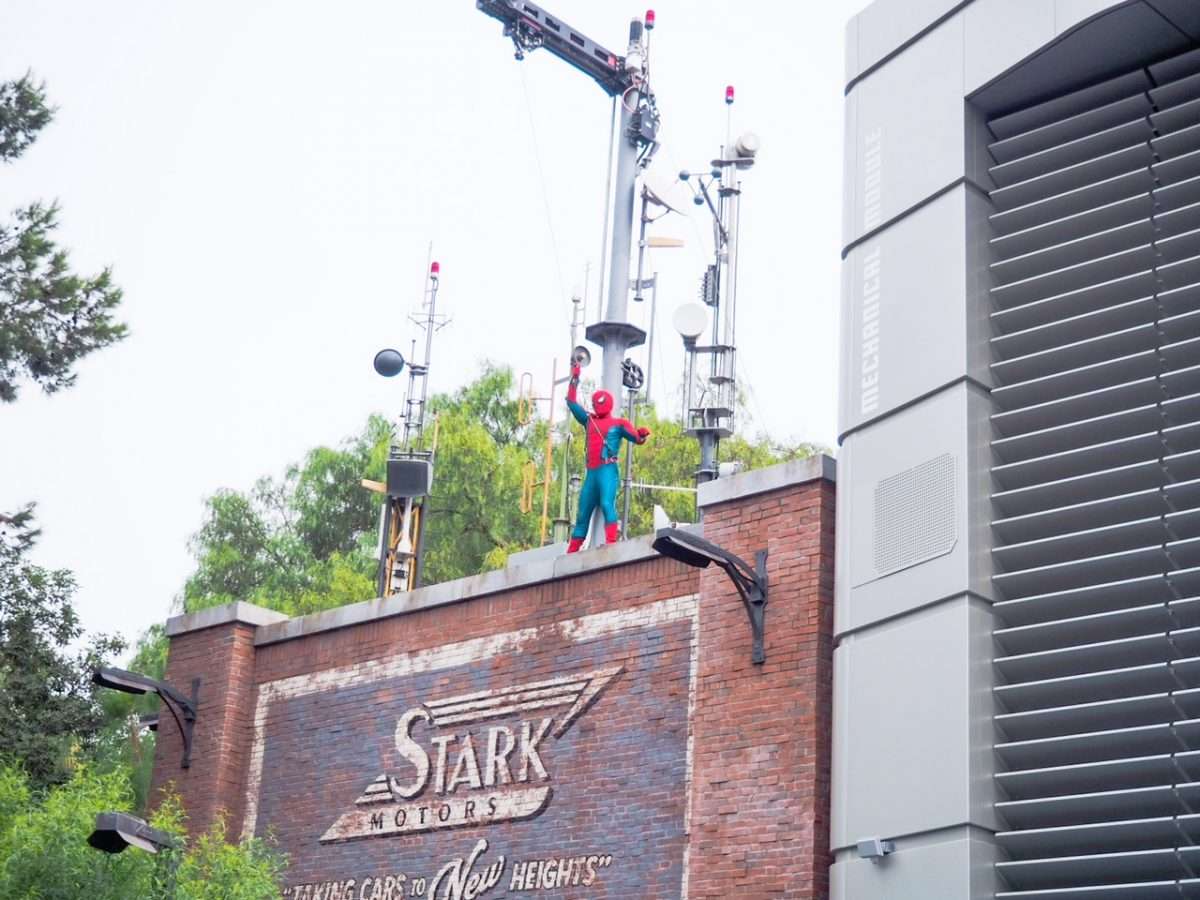 One of Avenger’s Campus’s most amazing experiences is seeing Spider-Man himself flip 60 feet in the air! You can see this hero high above the WEB building and watch him swing down to the ground. Check My Disney Experience in the Disneyland App to see the times that this show takes place. 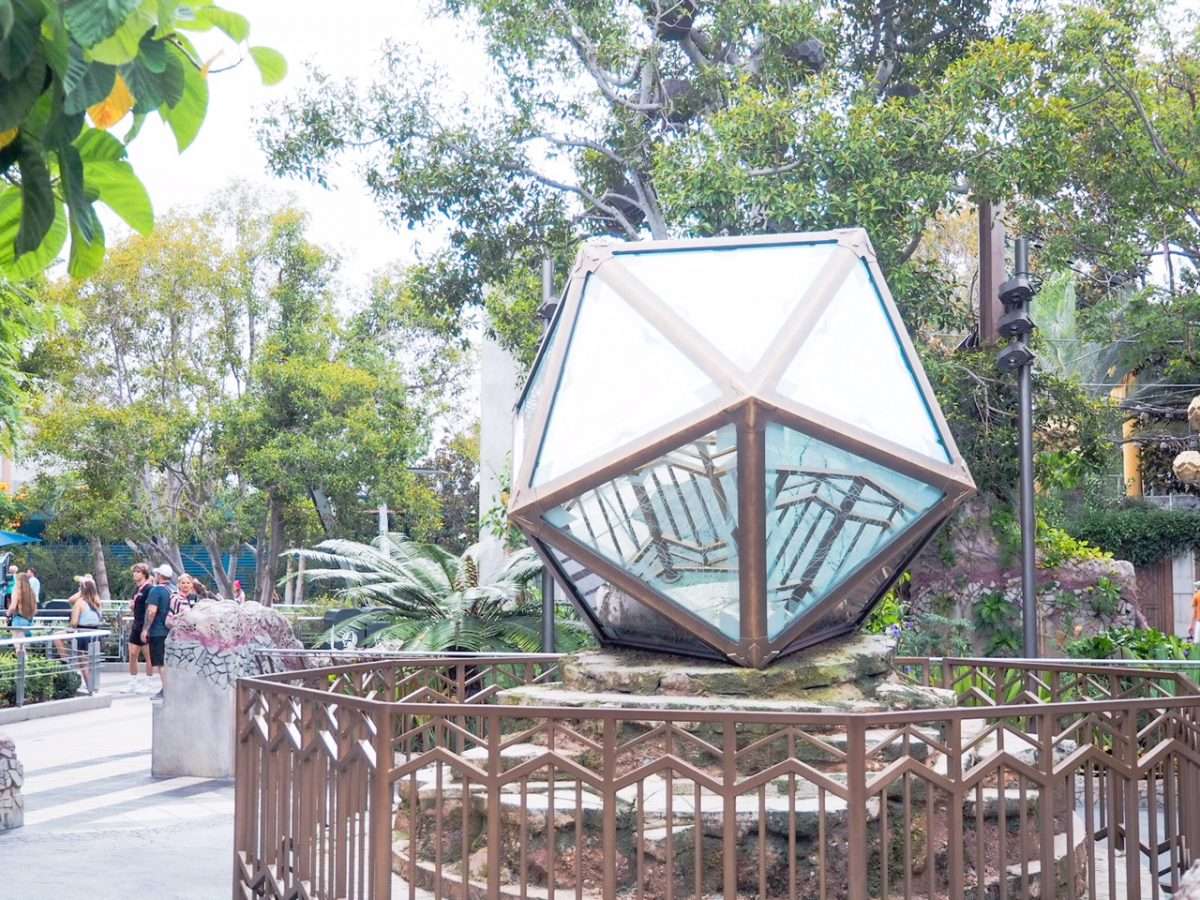 Fans of Doctor Strange lead an outdoor show rich in special effects in a space reminiscent of his Sanctum Sanctorum. Guests can see his Sanctum and learn how to harness the energies of other dimensions and bend the laws of the universe.

Check out the Teaser Video for the new Avengers Campus, as part of a worldwide initiative to help train the next generation’s superheroes. 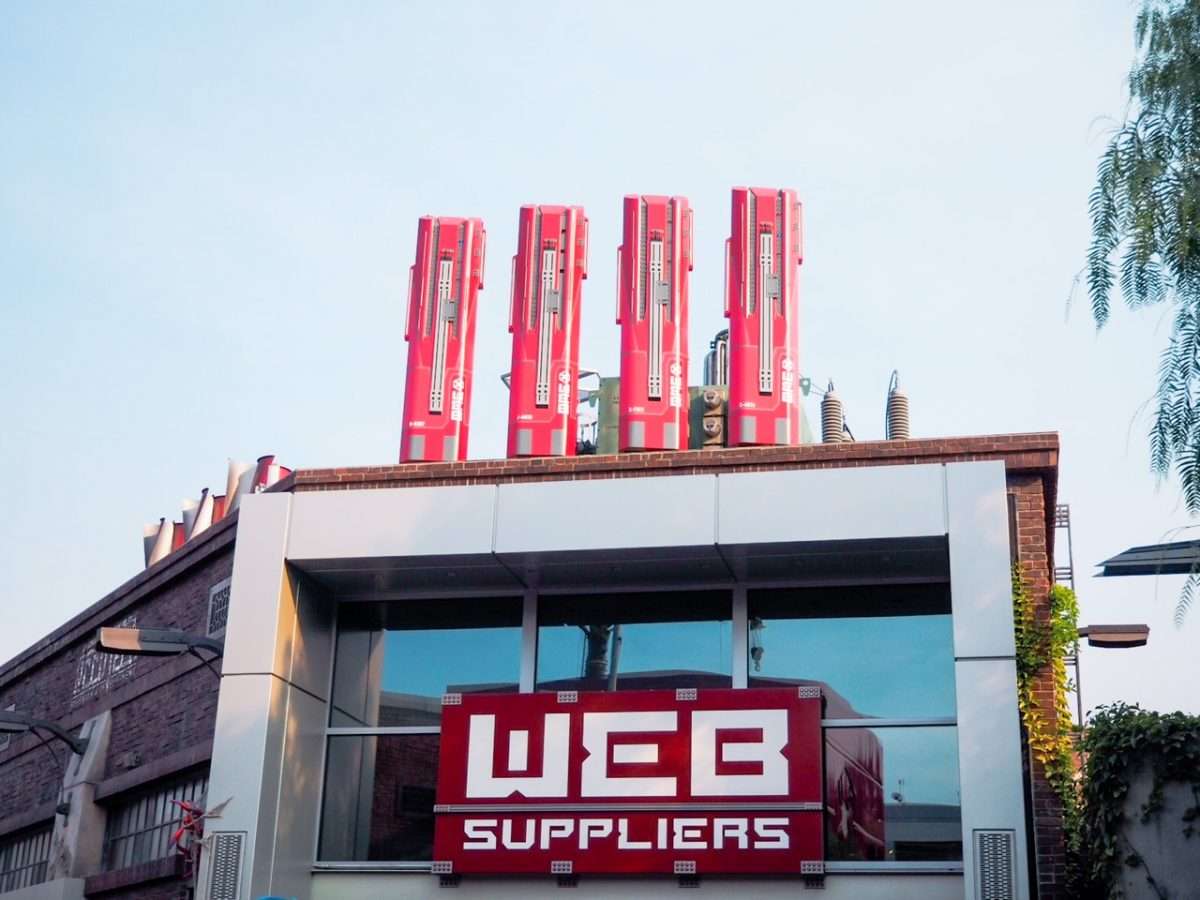 You can expect Avengers merchandise from Iron Man to Black Panther in full force as part of this new land in Disney’s California Adventure. So go ready to grab Disney souvenirs of your favorite characters.  You can grab souvenirs at WEB Suppliers, Campus Supply Pod, and the Collector’s Warehouse. 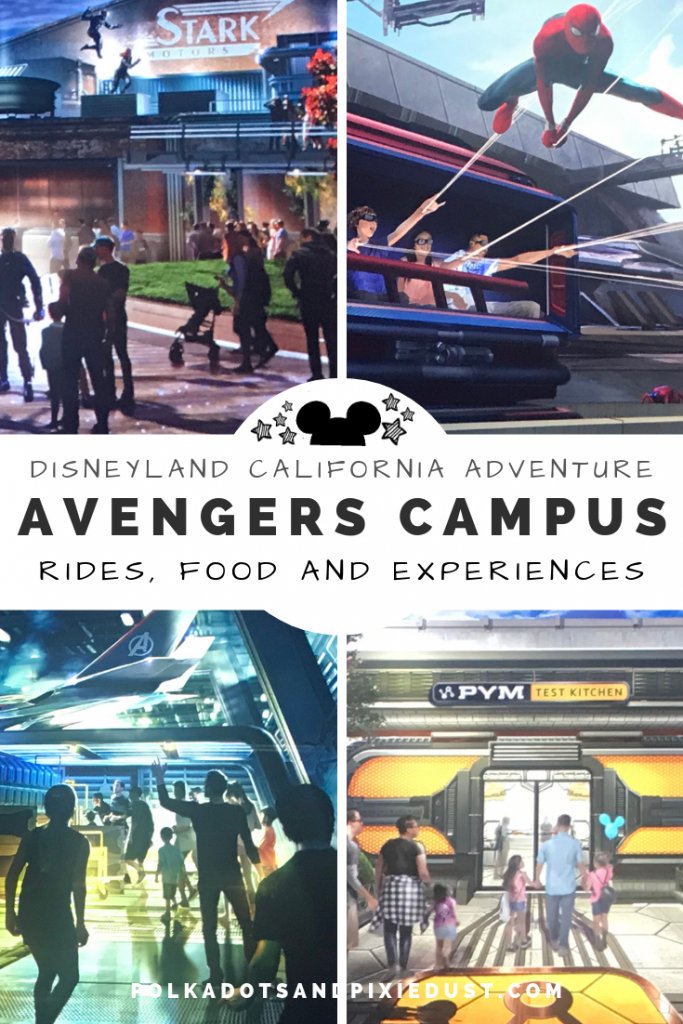