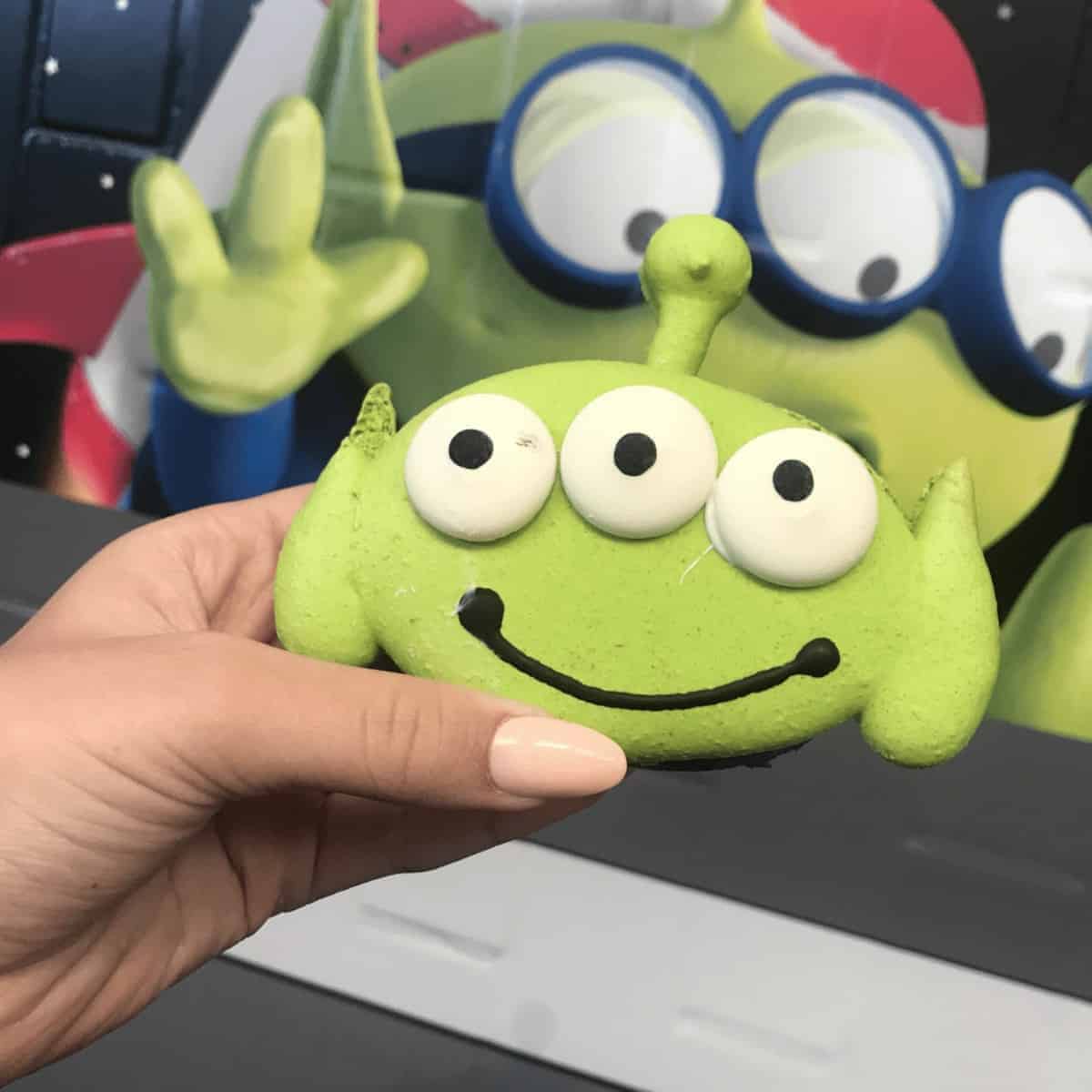 If there’s one thing we can count on during any Disney trip, its that we will be looking for snacks. Pixar Fest was no exception, and boy did they have a lot of snacks. While we didn’t get to try as much as we would have liked, we were definitely on a mission to try as much as we could in our short time there. Here were some of our favorites!

A lot of people had mentioned the churros were a must try, so of course, we tried them. A lot of the Pixar Fest themed churros were great, but our favorite was probably the Bug’s Life churro, found in a Bug’s Land. It is covered in donut icing and topped with chocolate cereal(think cocoa pebbles) and was crazy delicious. 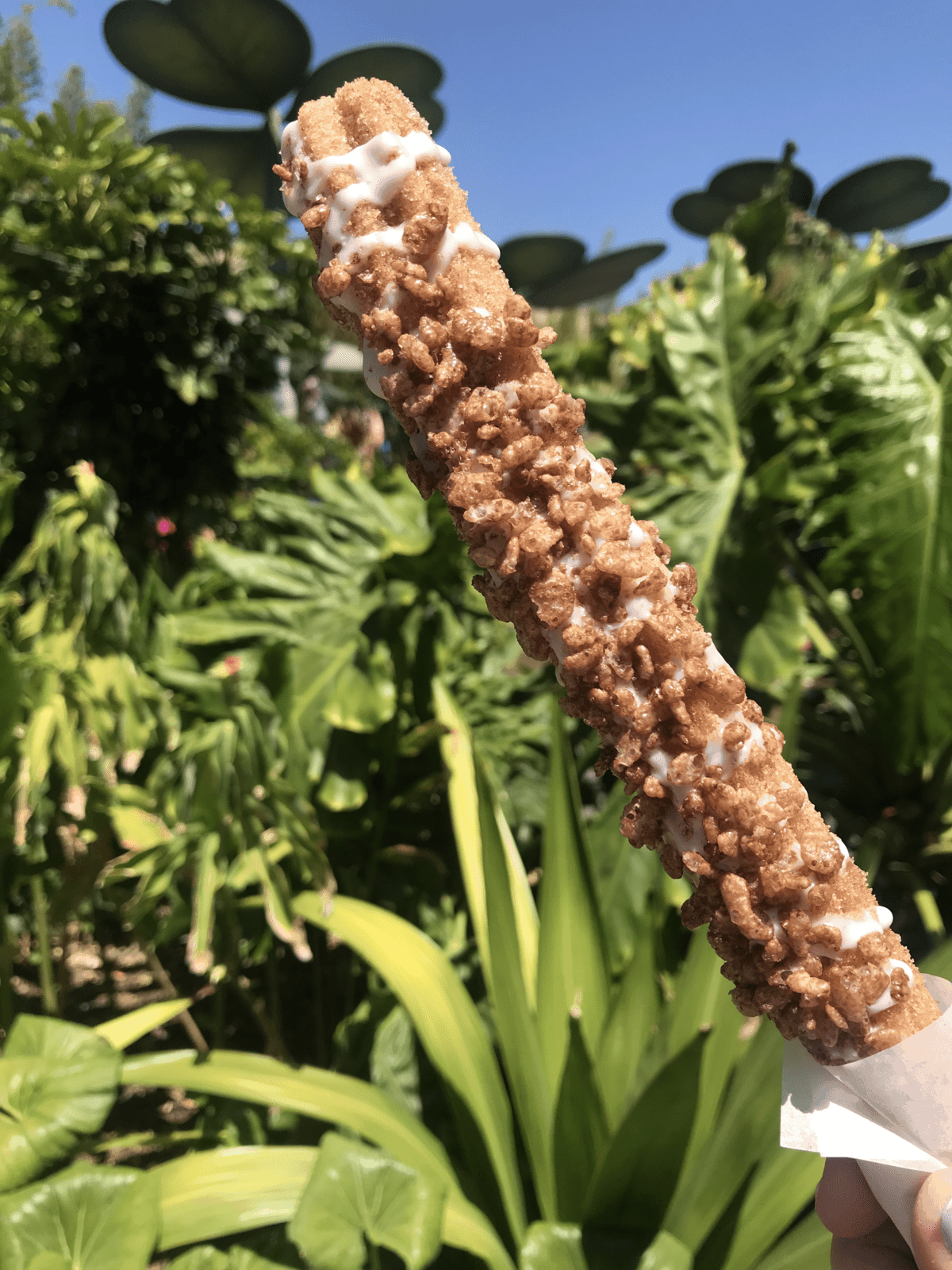 Found at the Cozy Cone, this could be a meal if you’re not too hungry. It is pretty spicy(which I love), so if you prefer milder flavors, then this one probably isn’t for you. Otherwise, spicy meatballs, basil, spiral pasta and cheese crisps- how can you go wrong? We loved it.

Not only cute, but also delicious, you can find this cutie at Schmoozie’s in DCA. Soft cake with birthday ice cream in the middle, it was worth every calorie. 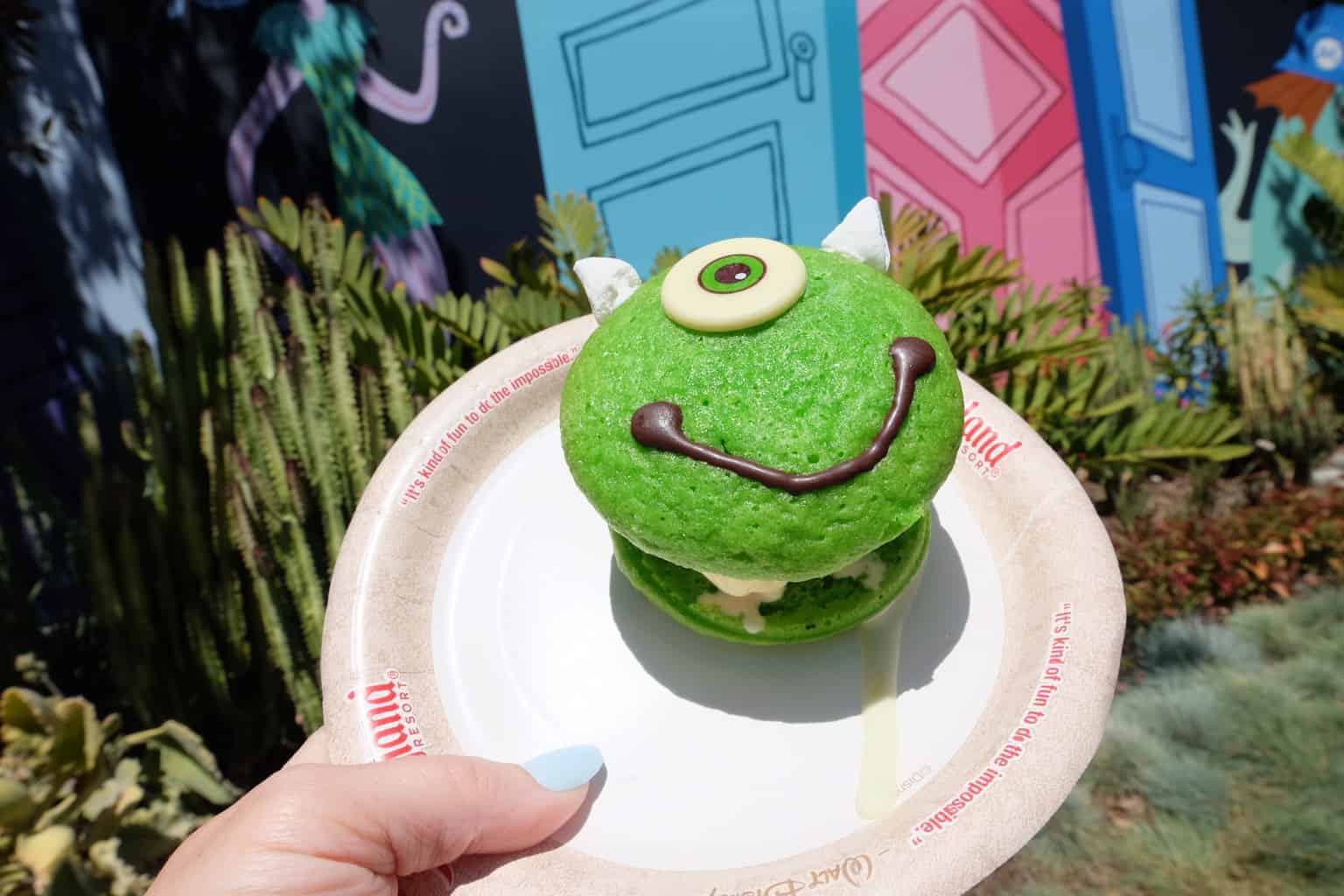 Also found at Schmoozies, it is essentially just a pretty mint shake, but that’s also why we loved it. If you like mint ice cream, you will need to try this one.  Perfect Pixar Fest treat! 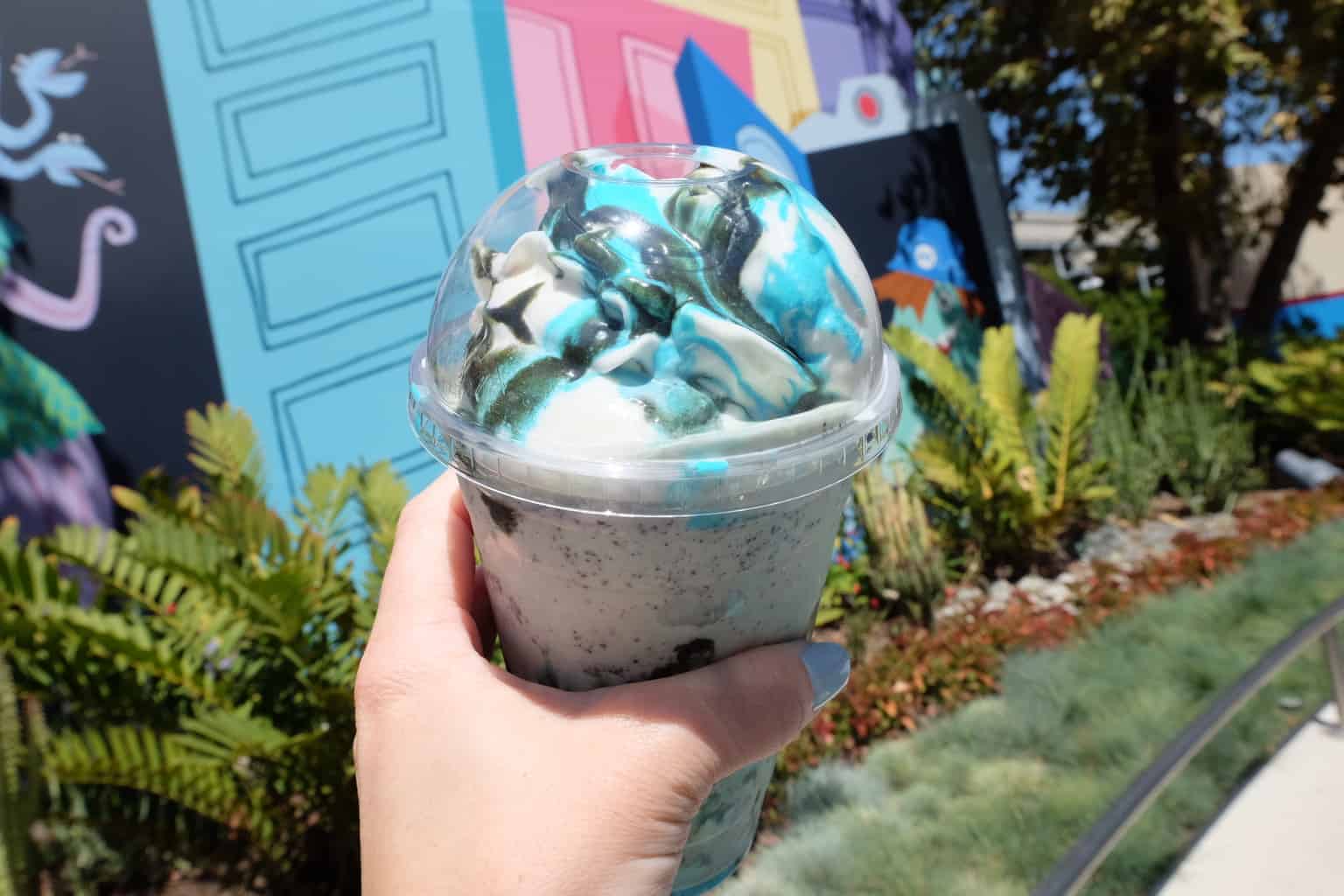 This can be found throughout the Parks, but we got ours at Pacific Wharf Café. I am pretty picky about cake if I’m being honest, but this was really the perfect balance of sweetness, icing and cake. Lemon, vanilla and red velvet cake topped with a cream cheese icing and raspberry puree, this was a big hit with us.  Also look for it at Plaza Inn, Boardwalk Pizza and Pasta and Paradise Garden Grill. 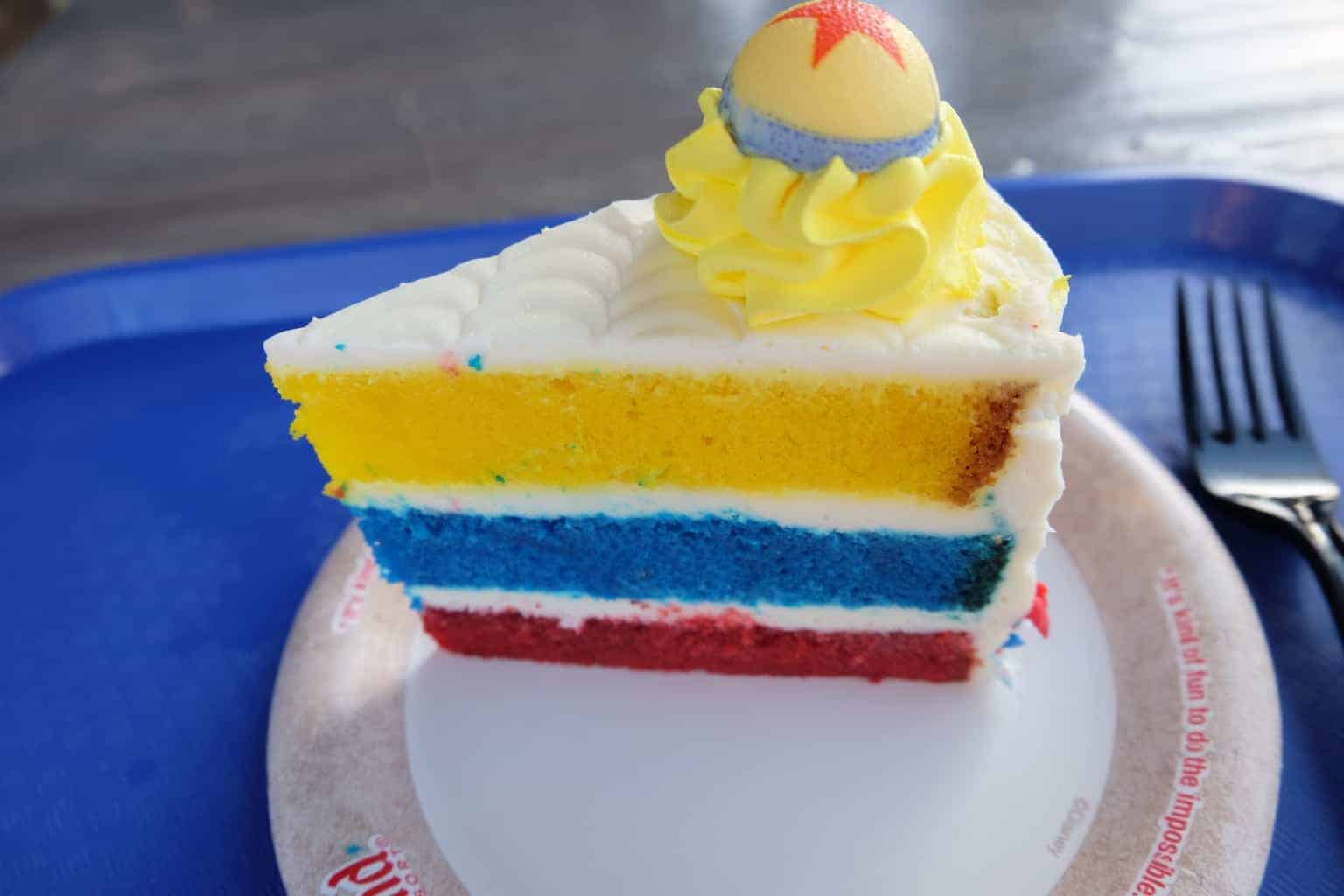 And since you really can never have too many snacks at Disneyland, what about our staple favorites? Here are a few of the best Disneyland Snacks we can never get enough of. Try for even more #snackgoals during your next Disneyland trip. And let us know your favorite snacks! So many fun foods, so little time. 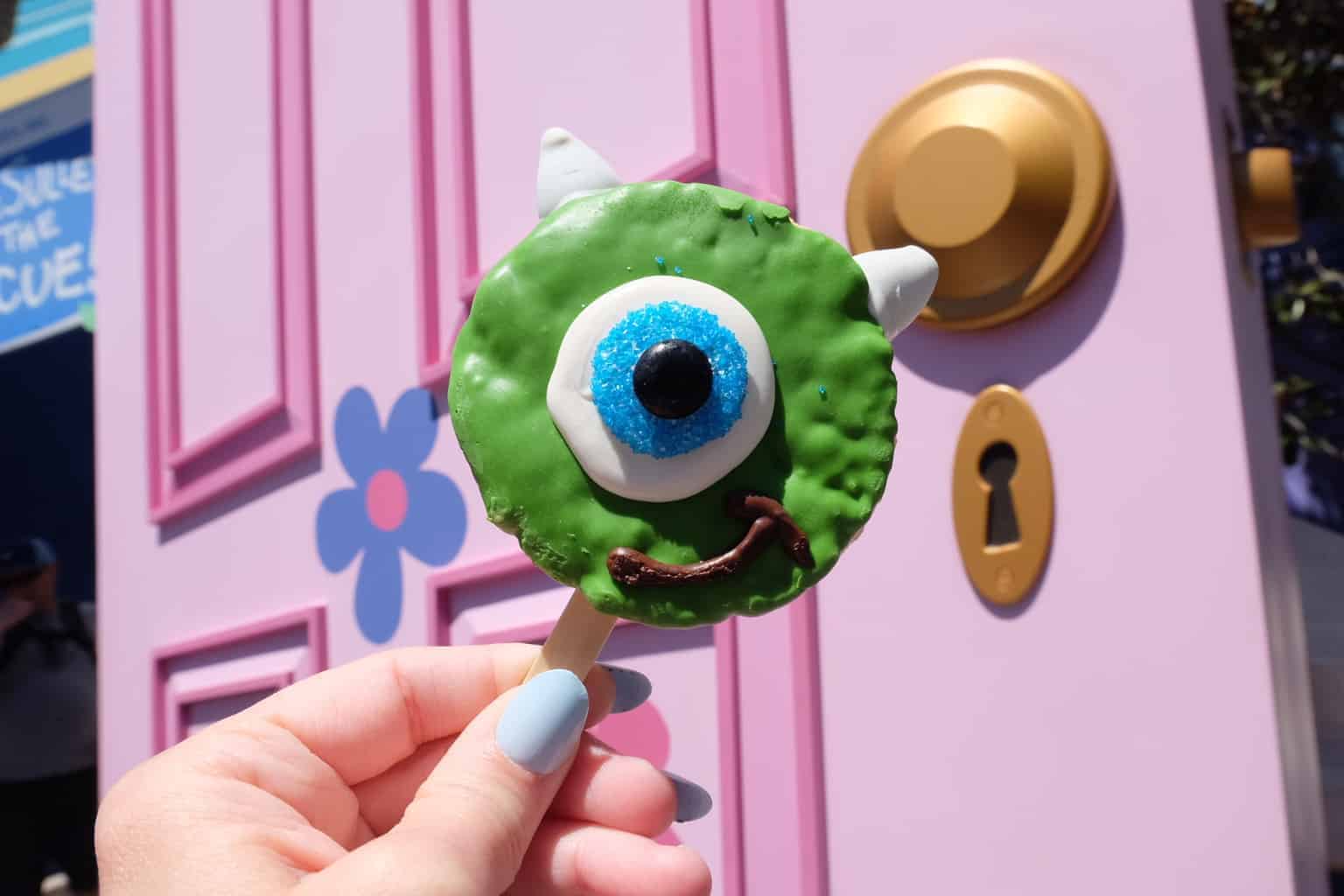 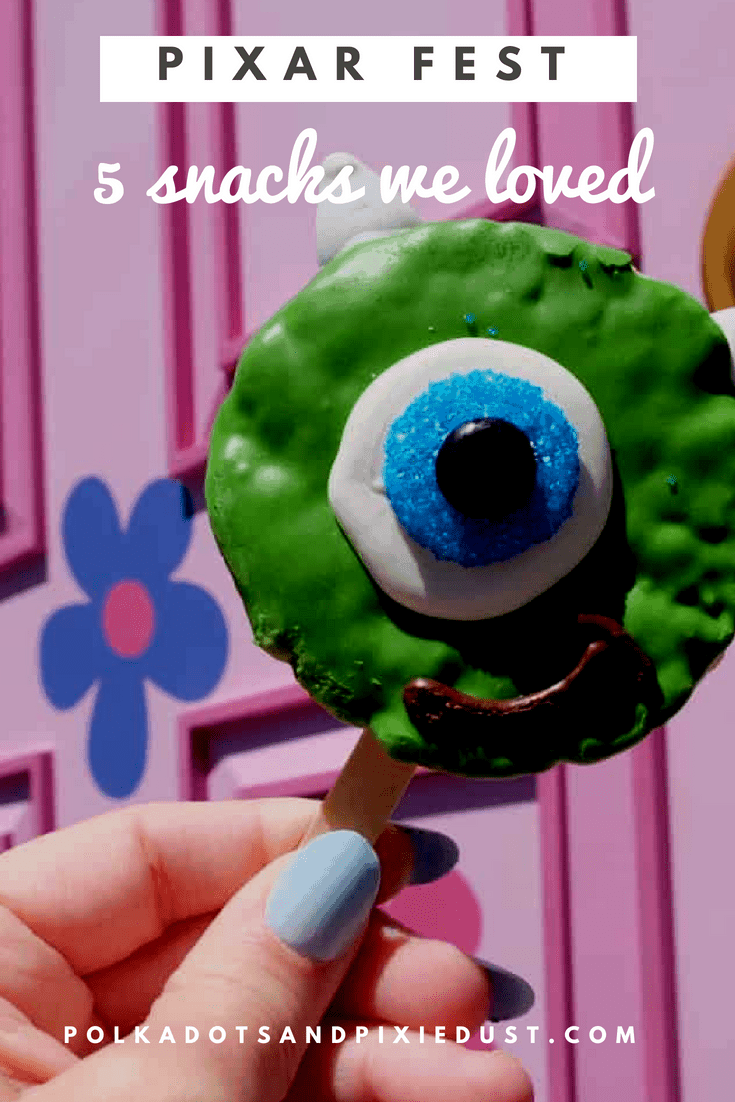