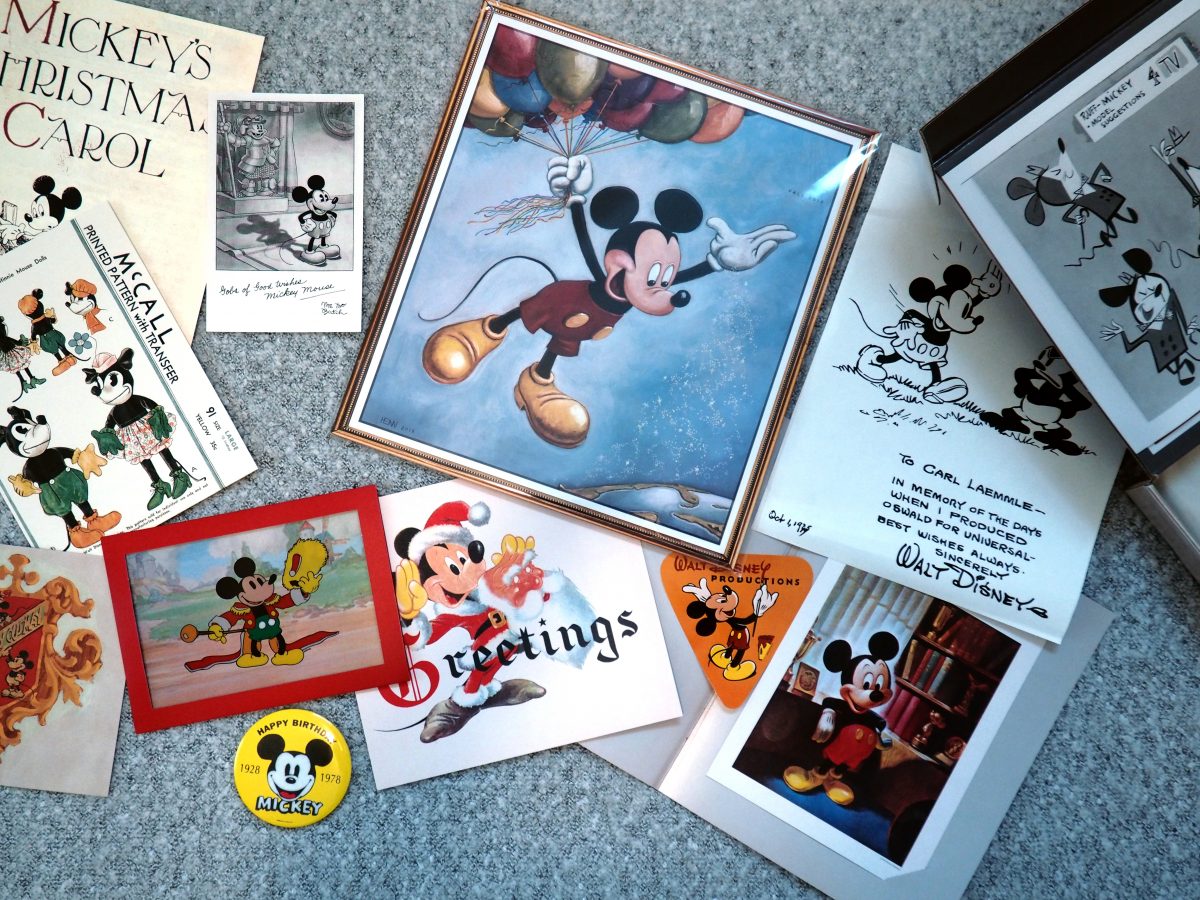 In 2023, The Walt Disney Company celebrates its 100th Anniversary. Honoring the birth of everything we know as part of the Disney Legacy today. This celebration will be called Disney 100 Years of Wonder. From the early beginnings of Disney’s cartoon studio to the creation of Disney Parks, Cruises, and Disney Plus. As a result, we’ll be sharing the lineup of anything and everything happening to celebrate 100 years of the Walt Disney Company. 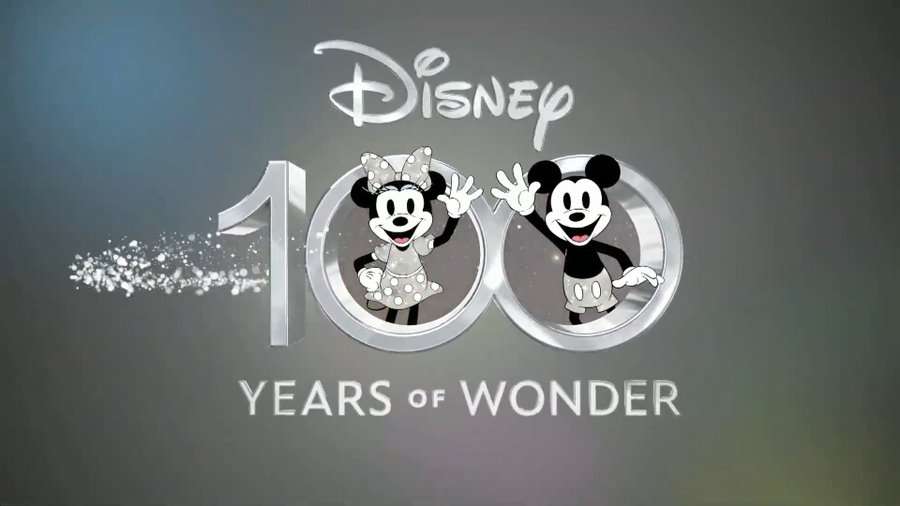 The 100th Anniversary of The Walt Disney Company

The world over will celebrate 100 Years of the Walt Disney Company in 2023 which promises to be a year of celebration. Likewise, not only to celebrate a century of animation greatness but also to honor all Disney company properties. While we don’t know all the details yet for this celebration it couldn’t come at a better time! With the 50th Anniversary of Walt Disney World running through March 2023, fans will be able to finish one celebration just in time to start the next. In other words, don’t take your party hat off quite yet.

It all Started, with Alice

While 1923 saw several failures for Walt Disney, including the bankruptcy of his Kansas city cartoon studio. It wasn’t until Walt listened to his brother Roy and joined him in Hollywood that things really began to take shape. With hopes of combining animation and live-action, Walt Disney found his first project. The Alice cartoons that launched Walt’s career in Hollywood can be found in the Walt Disney Treasures collection. The Disney Rarities- Celebrated Shorts from 1920-1960 includes many of Walt’s early works. Surely we’ll be getting glimpses of these and more Disney classics as part of the celebrations. But above all, we’ll remember that it was actually all started by a mouse. 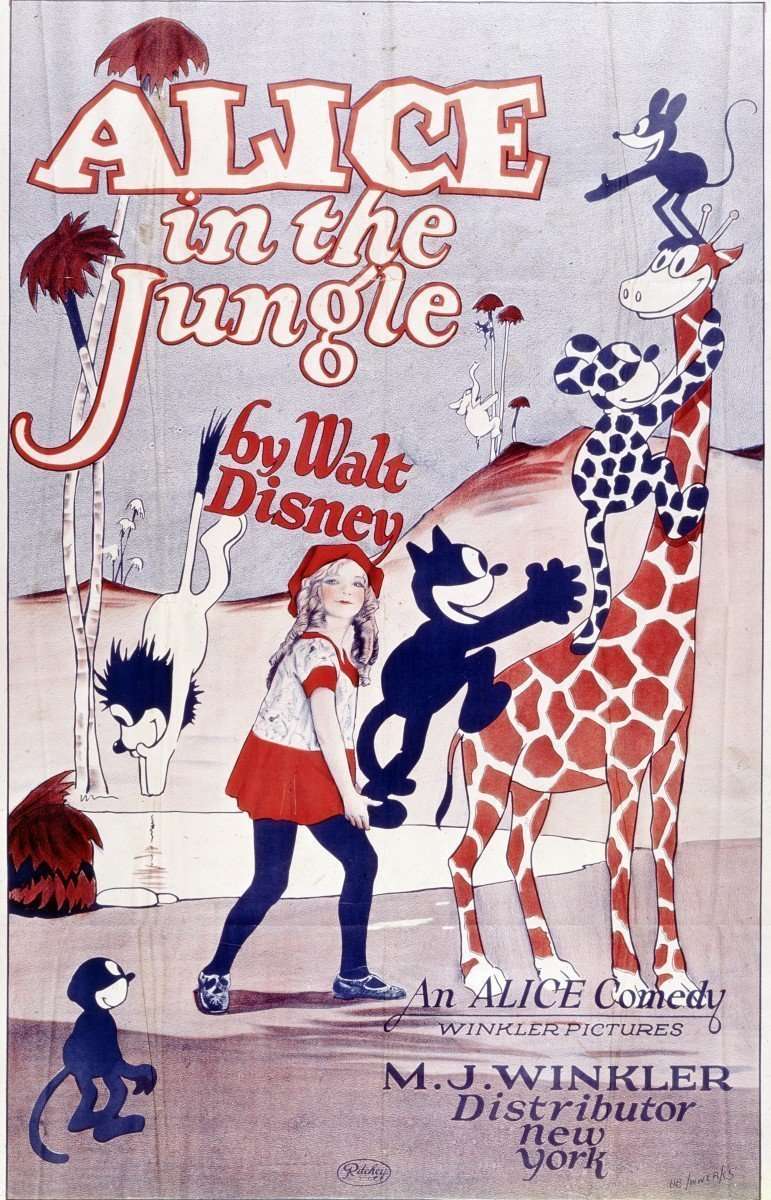 What happens when you celebrate a century of the most magical company on Earth? Remembering that it’s the entire company and not just the parks, Disney fans can honor almost 800 Disney Films released by the Walt Disney Company. A combination of animation, and live-action, Disney’s franchises like Star Wars, Marvel, Pixar have truly made it one of the greatest companies on the planet. And don’t forget its partnership with Studio Ghibli! Here is the lineup of Plans for the 100th Anniversary of the Walt Disney Company.

As keeper of the company’s history, the Walt Disney Archives is home to memorabilia of all sorts. The Walt Disney Archives will debut a brand new exhibit that celebrates The Wonder of Disney from 1923 to the Present and into the Future at The Franklin Institute in Philadelphia in February 2023. Featuring art, memorabilia, film props, costumes, and more this exhibit will display and honor “one-of-a-kind treasures” never before seen.

“It’s thrilling to bring Disney’s crown jewels – art, memorabilia, costumes, props, and one-of-a kind treasures – to public view – and to explore the story of one of the world’s most creative entertainment companies. Many of these objects have never before been seen outside the company’s archival, animation, and Imagineering vaults.” – Historian and Co-Curator Paula Sigman Lowery

How are Disney Parks Celebrating 100 Years of Wonder?

Remembering that the Disney Parks are nowhere near 100 years old, the parties in the parks may not be as big as we expect. However, it has been shared that news and reveals of what is happening in the Disney Parks during the 100th Anniversary of the Walt Disney Company will be announced at the D23 EXPO in 2022. We’ll be sure to add details as things are announced. 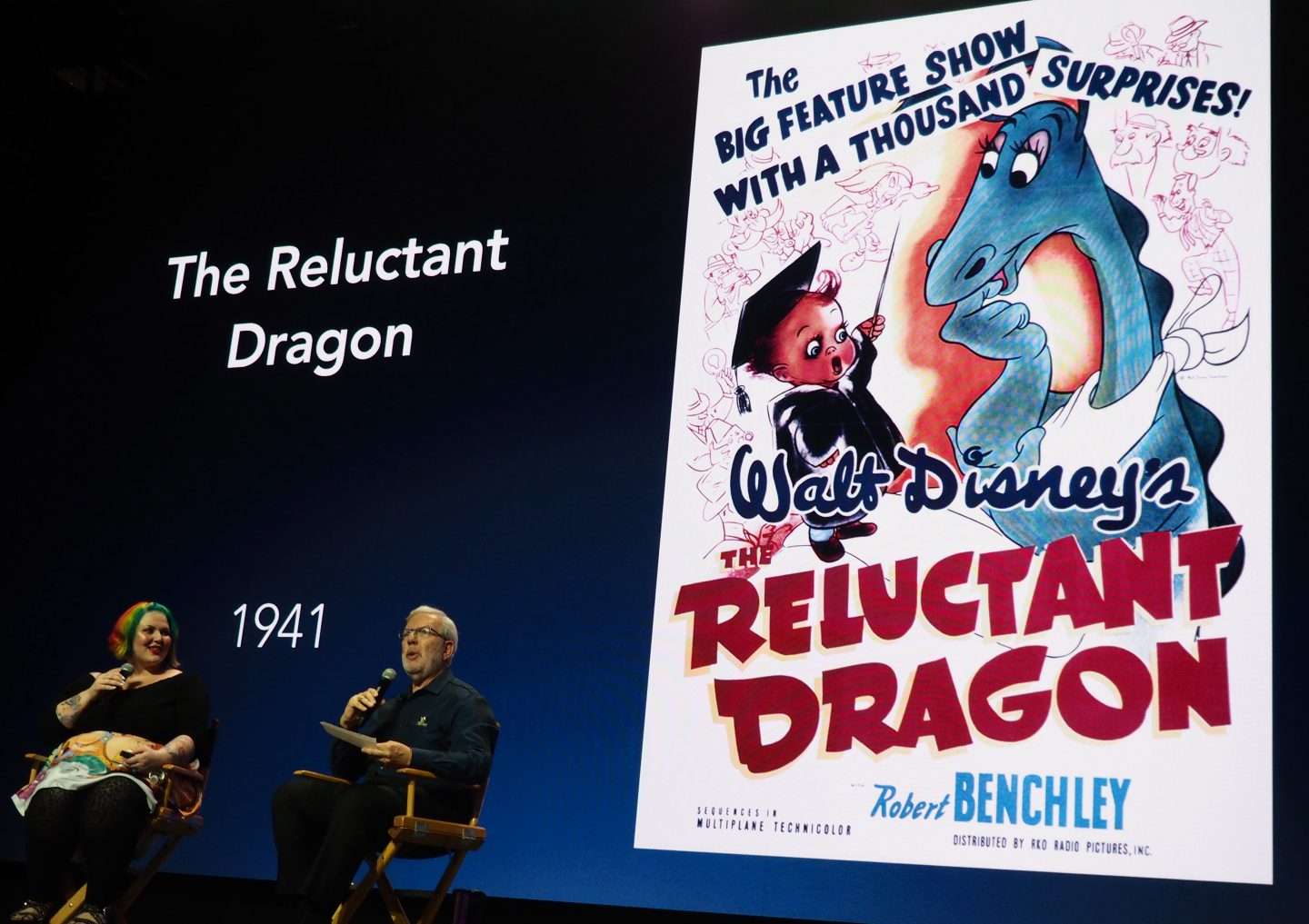 As Disney’s flagship streaming service Disney Plus is home to a plethora of old and new Disney content. We’re sure to see new specials, documentaries, and releases in 2023. Therefore, we thought it appropriate to round up the Disney Studio on Disney Plus content so far! Here is everything you can watch on Disney Plus to learn more about the Walt Disney Company as it celebrates its 100th anniversary in 2023. You can be sure there will be even more Disney anniversary shows for the Disney 100 Years of Wonder.

Looking to learn more about the Walt Disney Company and how it got its start? Check out the Walt Disney Treasures Collections. These special films compile mini collections from the Disney studios that seated their place in Hollywood. From animation to musicals, to live-action and Disney’s role in wartime, these films will catch you up. After all, learning more about the man and mouse behind the company, makes this celebration all the more special.

Nothing says devoted Disney fan like a Disney Bookshelf. If your days are spent musing over the art in Sword in the Stone, the music in Fantasia or the amazing colors in Frozen, then these Disney books are for you. Here are some of the most important books including the history of the Walt Disney Company to add to your collection.

The Hidden Art of Disney They Drew as They Pleased Collection

With a penchant for Disney animation be sure to browse these Hidden Art of Disney books. Complete with line drawings, colors, sketches, and ideas, this collection is a must-have for any Disney fan who gets wrapped up in the art.

Budding filmmakers, this collection is for you. What better way to celebrate the Walt Disney Company than by learning more about how these timeless films are made. Certainly, you don’t need to be talked into buying these, but if you’re a storyteller or designer, we consider these a must-have collection.

In other words, no matter what your plans are in 2023, there will be a multitude of ways you can celebrate Walt Disney and everything that the Walt Disney Company has created. We can’t wait to see how this celebration will add even more magic to the year. Stay tuned. We’ll be sharing details as they unfold. 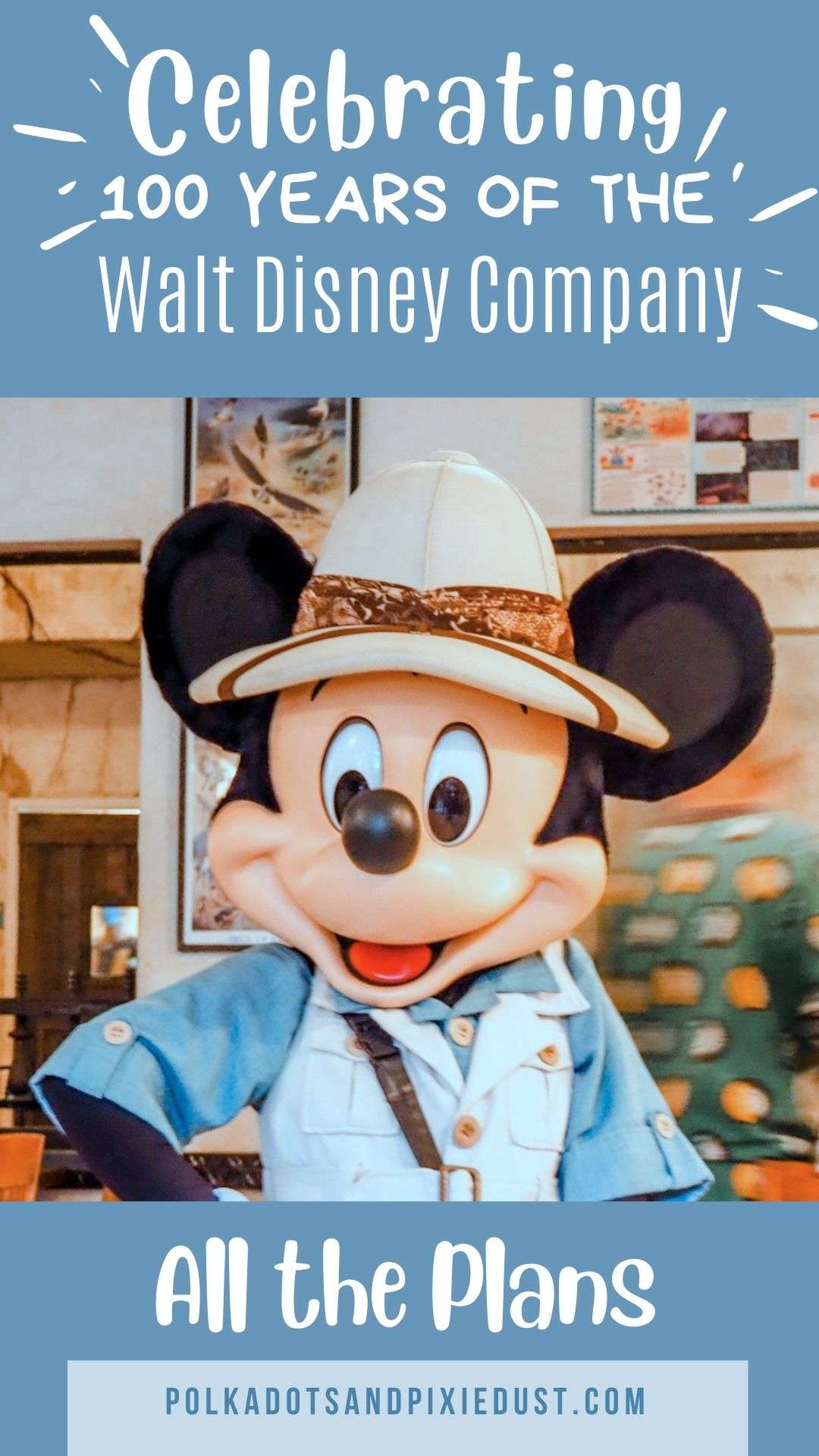 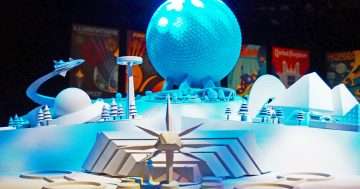 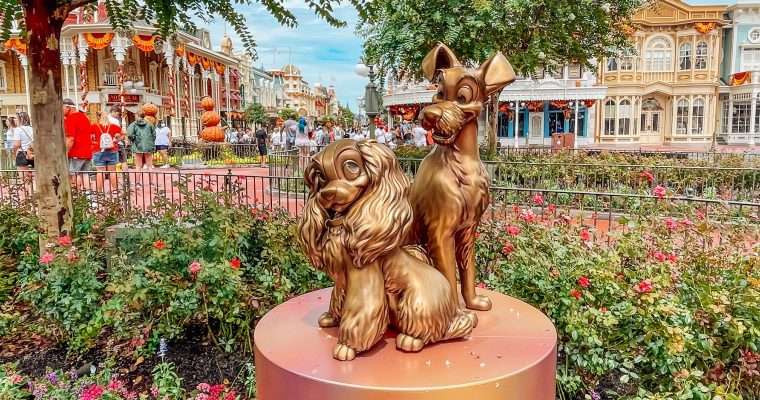 50th Anniversary Disney Character Statues are the newest addition to the parks in honor of the World’s Most Magical Celebration and includes a slew of golden character statues featuring favorite Disney characters. With 50 characters represented in all, across 36 statues, some characters are paired; […]