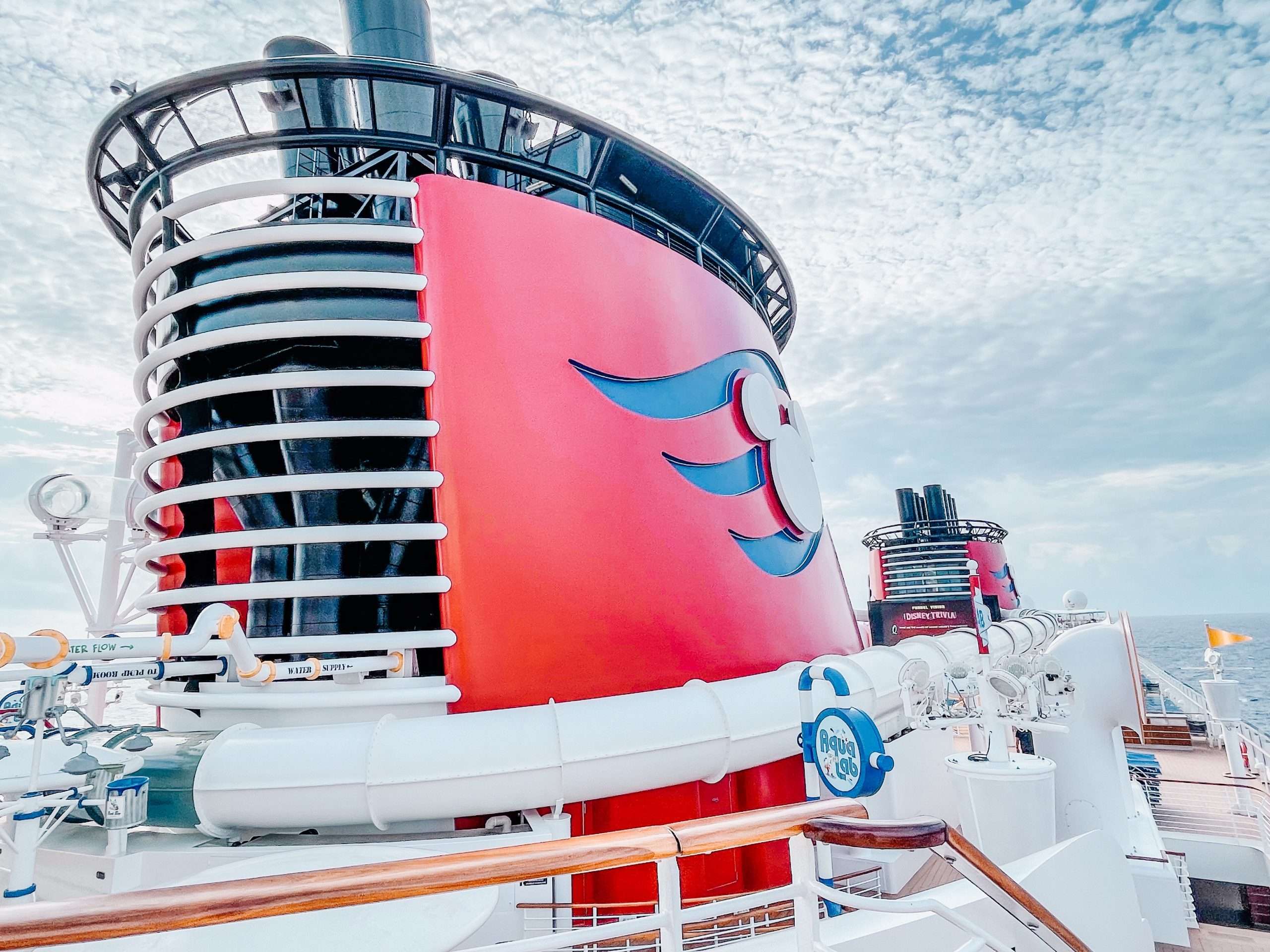 Traveling with teens can be a challenge. With little ones, there are usually endless options created just for them. But teens are often overlooked. Not yet old enough to enjoy grown up type fun but too old for all that little kid stuff. Finding vacations and travel opportunities where they aren’t just glued to their phone the entire time can be a little difficult.  But if you’re a Disney Family, then we highly recommend giving a Disney Cruise a chance! Here’s everything you need to know about Disney Cruise Line for teens.

Obviously, every teen is different.  You most likely know your child better than anyone and probably know what they’ll enjoy.  I’ve been traveling with my daughter for over a decade, so I’m very aware of the things that she likes, dislikes, things that make her anxious, you get the picture. We are big fans of Disney Cruise Line. And a lot of that has to do with how much my daughter loves them.  So while every teen may not enjoy a Disney Cruise, just like not every adult or child would, it’s something that works for us and we love doing together. 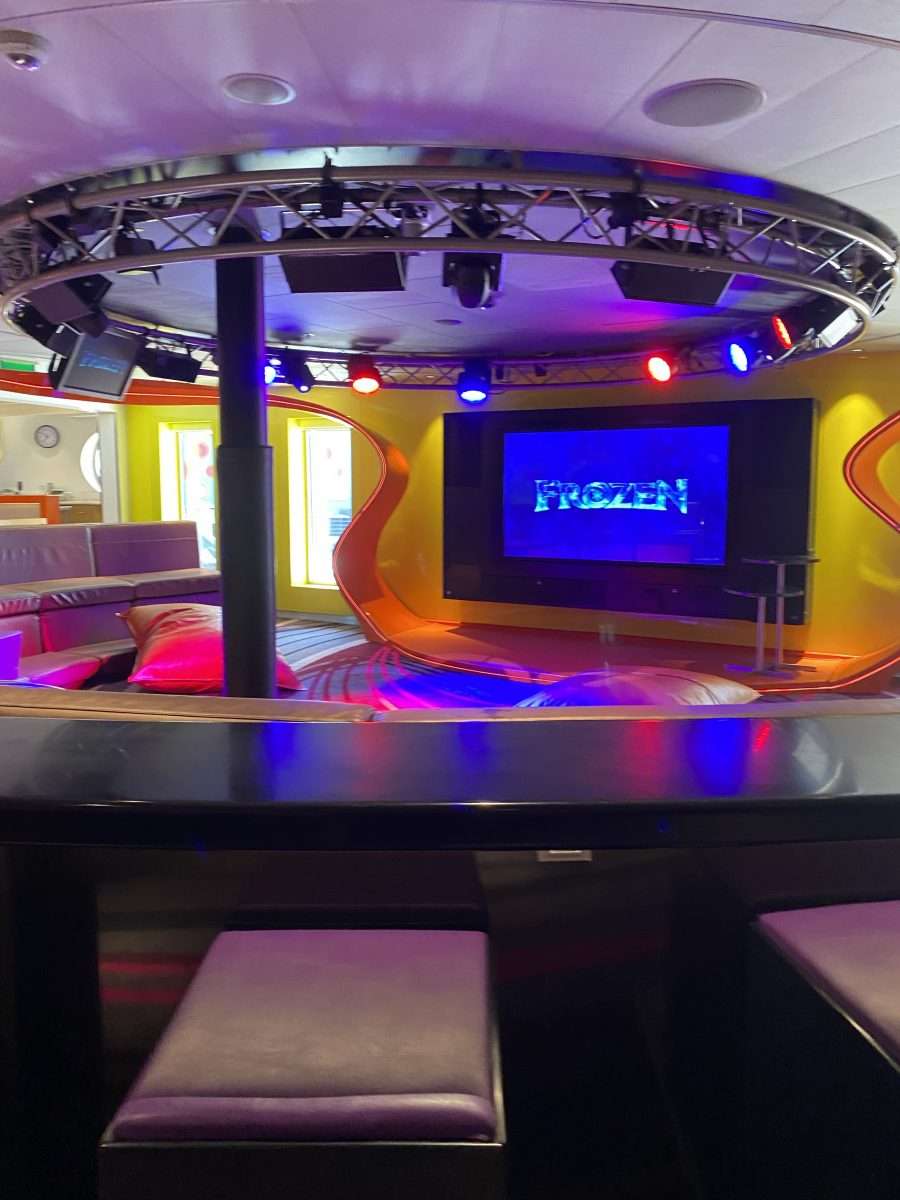 Disney Cruise Line is known for their service. They continually win awards, and more importantly, they continue to wow guests every time they step onboard. It’s why many just keep coming back! While we’ve been a little disappointed with the moves domestic Disney Parks have been making lately, and their declining customer service standards, Disney Cruise Line has continued to get better. And this is no exception for teens.

Disney Cruise Line not only offers age appropriate activities and inclusivity for teens. But they also offer a level of service that can’t be matched. 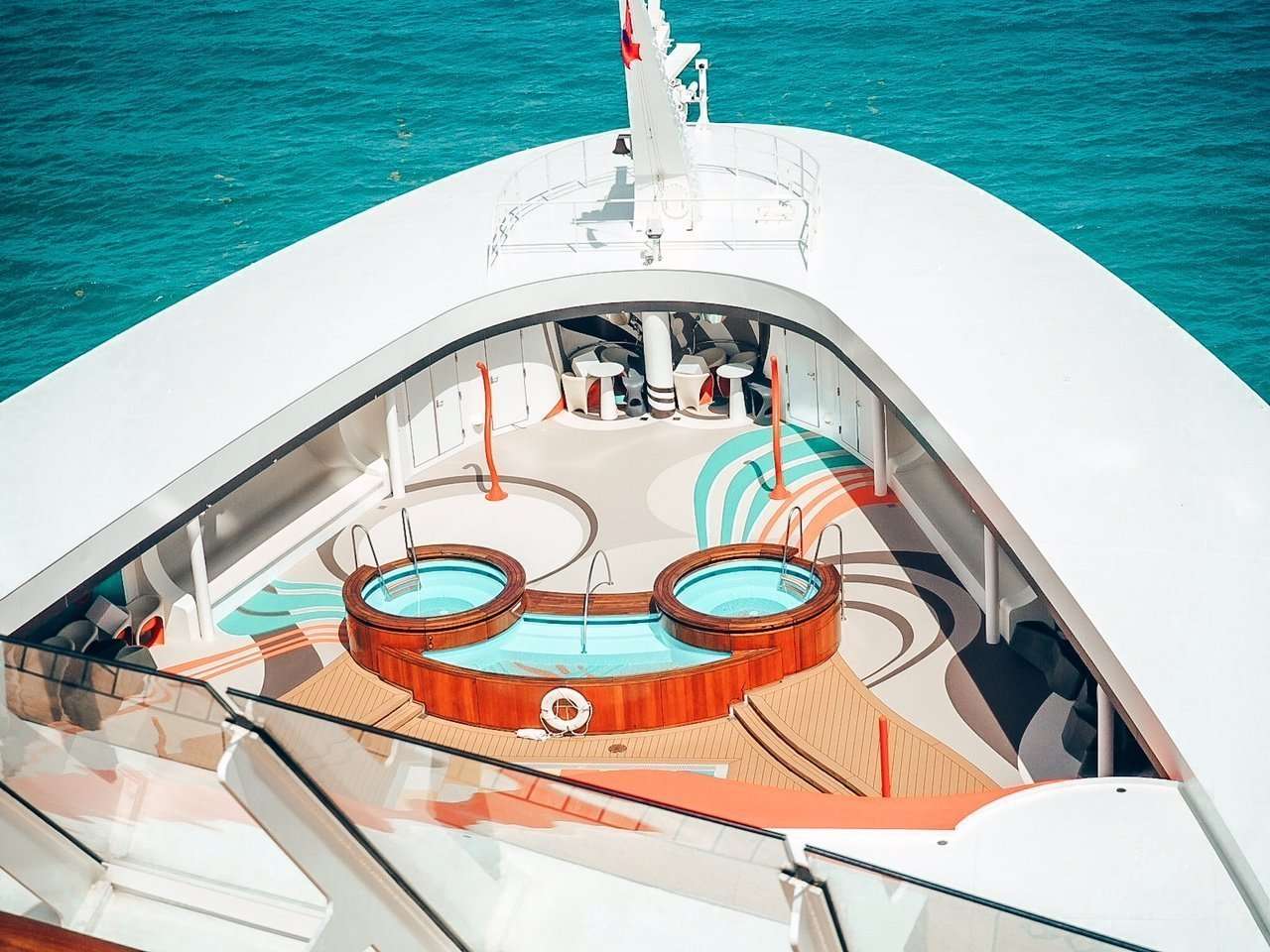 Teens Clubs on a Disney Cruise

There are technically 2 teen clubs on a Disney Cruise, but for the sake of including all teens (yes even the adult ones), we are also going to mention what’s available for 18-20 year olds. Edge is the younger teens, rather tweens club. Edge, Vibe and the 1820 Society are the three “clubs” onboard a Disney Cruise for teens and tweens. Vibe and Edge both have counselors, just like at the kids clubs, but they act more like chaperones much of the time. Tweens and Teens are invited to participate in activities, but also have a little bit of freedom to enjoy their time on their own as well.

Edge is for the younger teens, and tweens. Passengers aged 11-14 can enjoy Edge and all it has to offer.  The experiences change with each sailing, but in the past, Edge has offered fun things like pizza making, animation classes, themed nights and karaoke.  They usually have crafts and movie viewings in the Edge space as well. Edge also has a dance floor and gaming systems, as well as a lounge area for relaxing. Tweens and Teens can enter and leave as often as they like. And it’s a nice opportunity for them to get some alone time if needed. 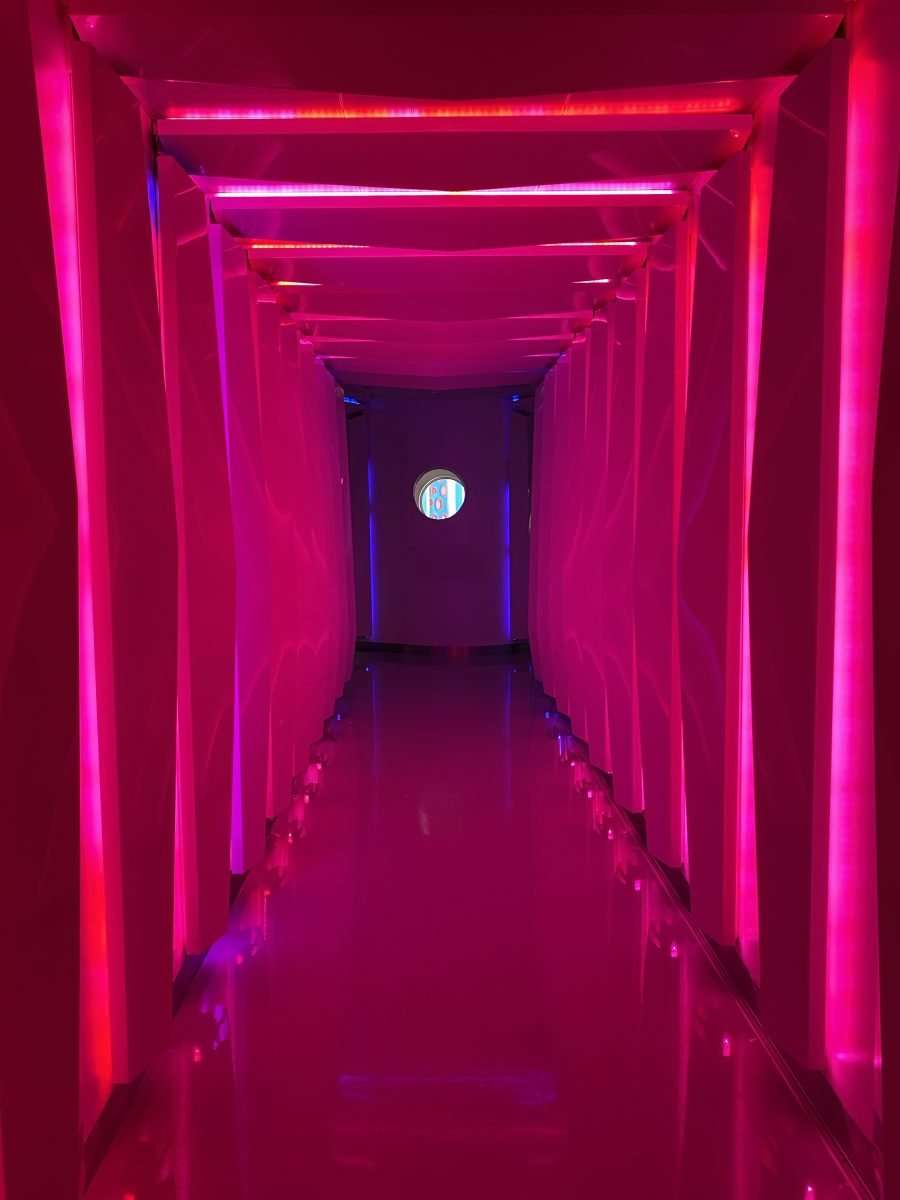 Vibe is for 14-17 year olds, so 14 year olds can enjoy both Vibe and Edge which is a nice perk for them.  This Disney Cruise Line teen club offers gaming, movies and music, and most of the Vibe Clubs have a smoothie bar specifically for teens. Onboard the Disney Fantasy, Disney Dream and Disney Magic, Vibe also offer Chill, the teen only spa that is located near Senses. This is a great perk for teens, as Senses is an adult only spa. And if you want to spend a little relaxation time along with your teen, they often have mother/daughter and father/son packages as well.

Vibe also has a teens-only sundeck and pool on both the Disney Fantasy and Disney Dream. This is a great space for teens to unwind, without having to fight for a space at the main pools which can get a little crowded at times. 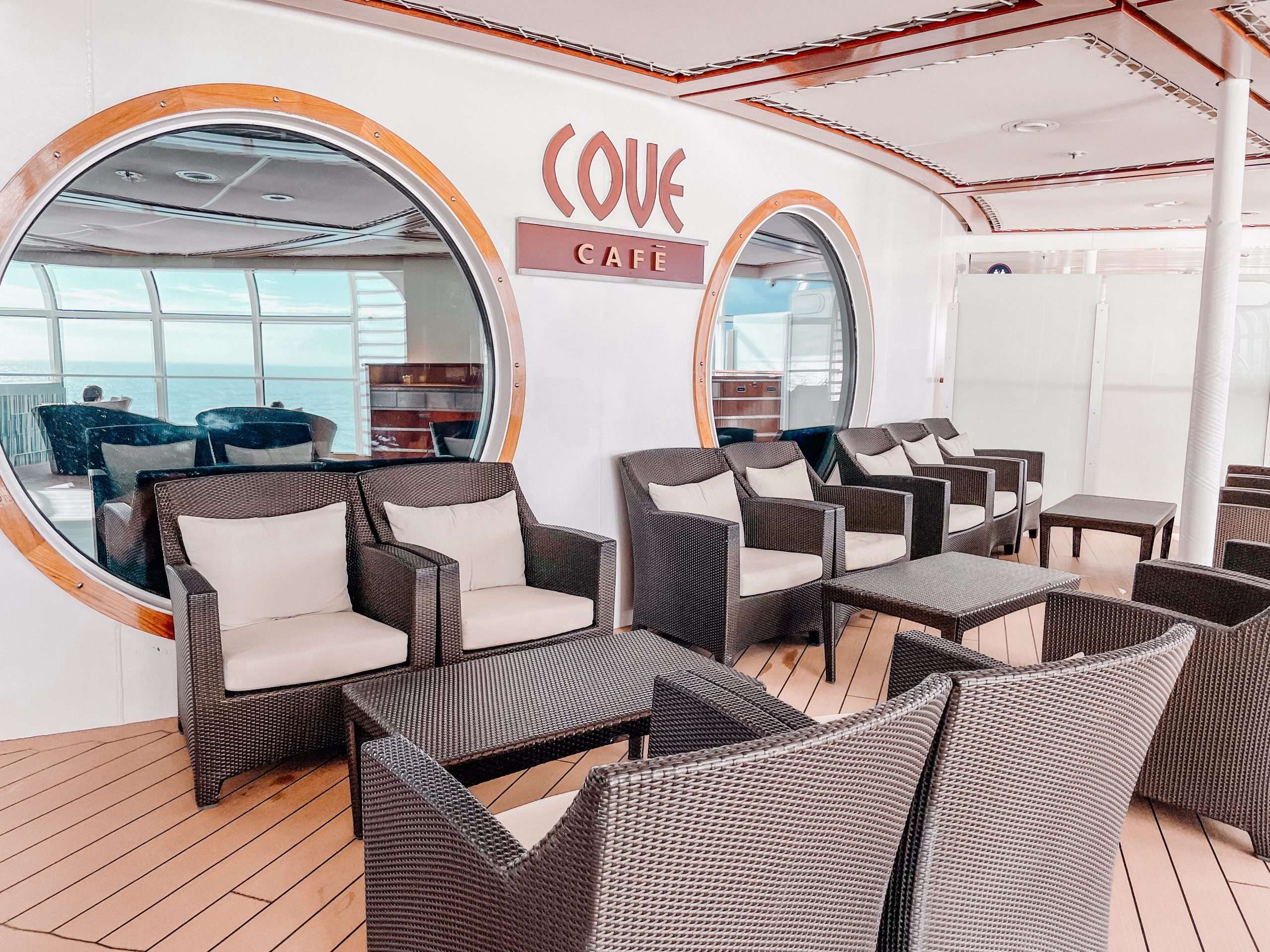 Not a kid anymore, but not quite old enough for things like the bars onboard? The 1820 Society is not really club, as much as it is an unofficial group. Those ages 18-20 can enjoy special events and meetups just for them. These can include things like coffee chats, and sometimes even dances.  These events can be found on the Personal Navigator on the Disney Cruise Line app daily. And include a variety of activities. Things like lunches, trivia and ice cream socials are pretty common and it’s a great way for this age group to meet other cruisers and make connections. I know of a few people who have met at 1820 society events and have become lifelong friends!
The 18–20-year-old group can also enjoy the adult only activities, like adult only shows and trivias. But this is a nice little extra for them since they can’t participate in things that the over 21-year-old crowd can. Most of these events are free to attend as well! 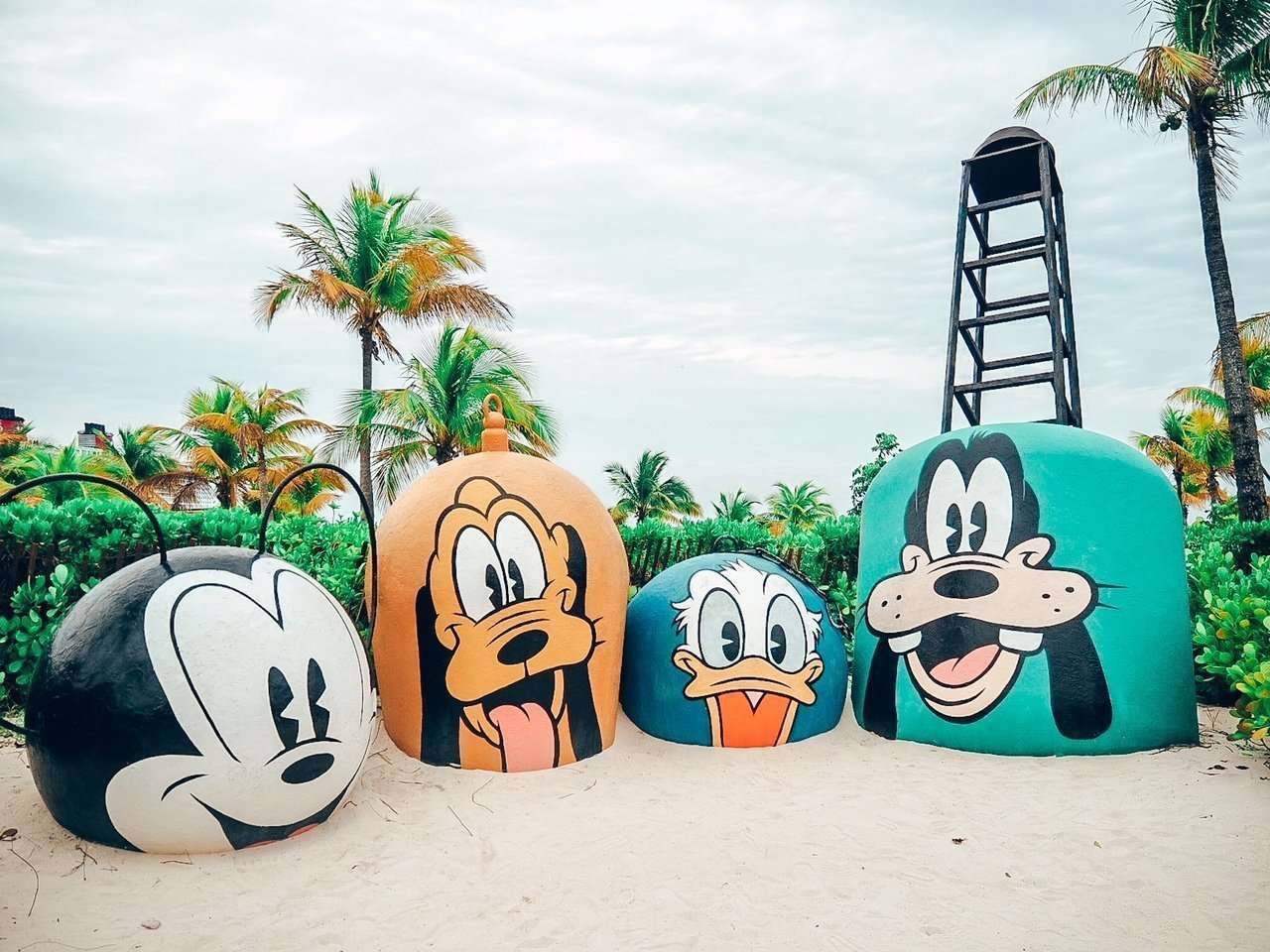 Castaway Cay also has a special area for teens called Teen Hideout. If your teen wants to hang out with a new friend made on the ship, or just wants a little bit of freedom on the island, they can visit Teen Hideout. Teen Hideout is for cruisers age 14-17. Here they have beach volleyball, soccer games, hammocks and whatever else the counselors have come up with! The Teen Hideout is not located directly on the beach. Instead, it’s little more tucked away at an area called Sports Beach. There is often an activity called “Invade Teen Hideout” listed in the personal navigator. This allows Edge cruisers to invade the teen hideout for a short time!

There is also a Wild Side Teen Adventure port excursion at Castaway Cay just for teens! This includes a boat adventure, bike ride and snorkeling and costs $54 per person.  Just one thing to note- if your teen is planning to disembark without at you at any port, even Castaway Cay, you will need to fill out special paperwork for that beforehand. 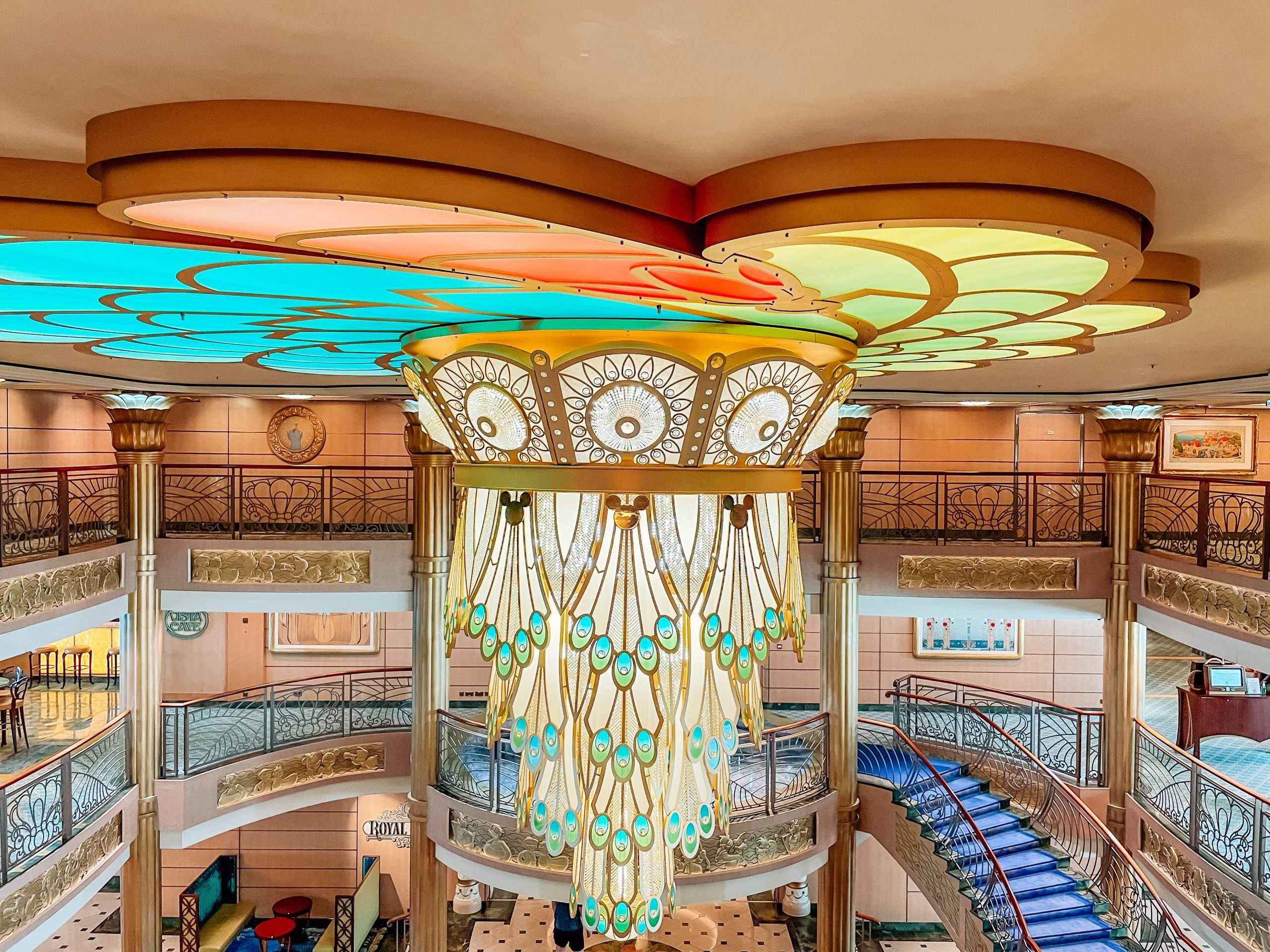 Is a Disney Cruise good for teens?

We think Disney Cruise Line is great for teens! There is plenty to do, or not do, and it’s a great opportunity to give teens that little bit of freedom that they often crave. Traveling with a teen, this can sometimes be difficult due to safety concerns. And while we realize no place is 100% safe, a Disney Cruise is a pretty safe place to let them explore and be on their own a little bit. And it may just give you a little much needed rest and relaxation and time to do your own thing as well. You can easily message with your teen either via iMessage, if you have an iPhone, or on the Disney Cruise Line app, so you can keep in touch with them whenever you need.

Overall, we think Disney Cruise Line is a great vacation to take with teens.  We love everything that is available for them, as well as all of the family opportunities there are onboard. Ready to set sail? Bon Voyage! 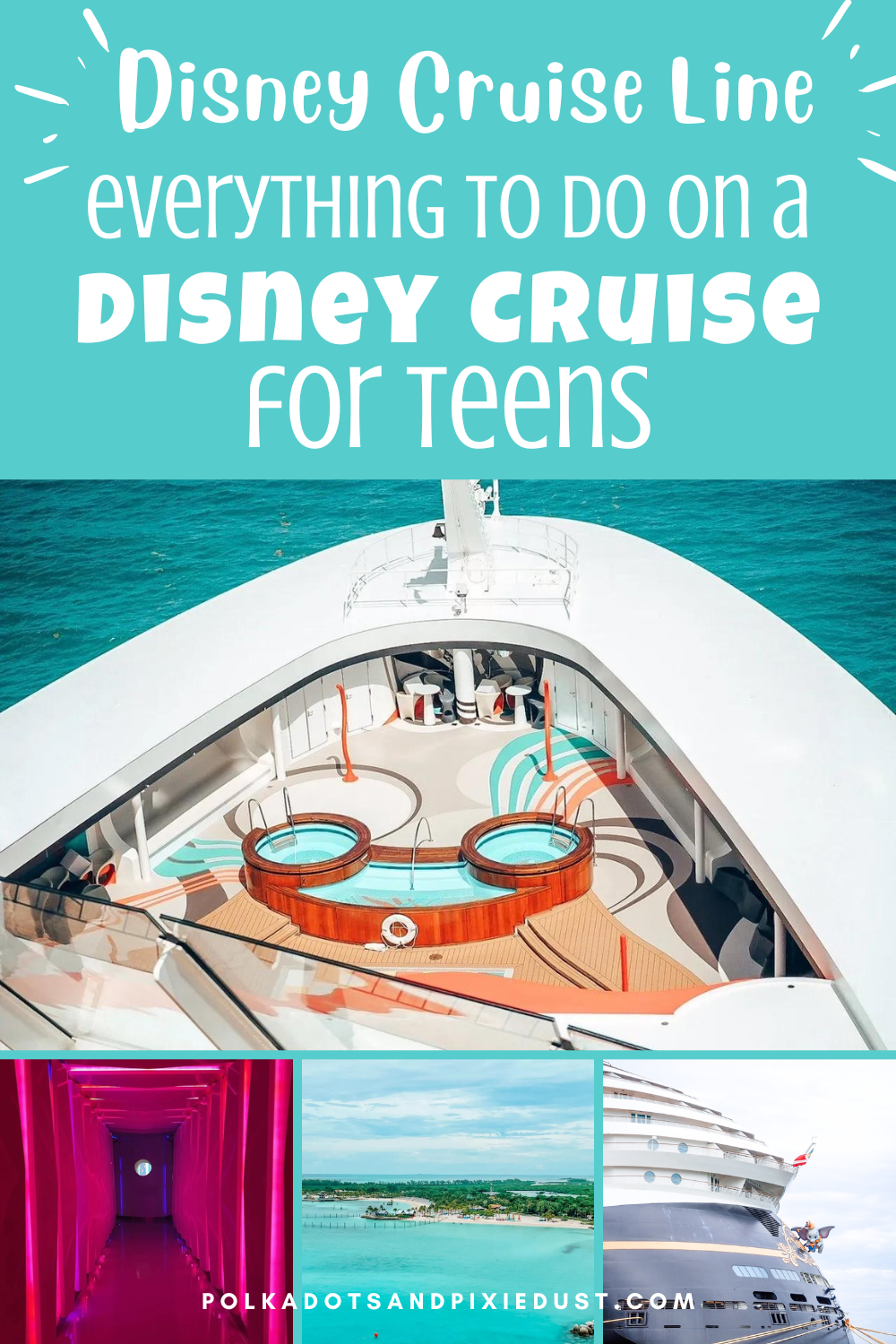