What’s New at Walt Disney World in 2021? Everything to Know! 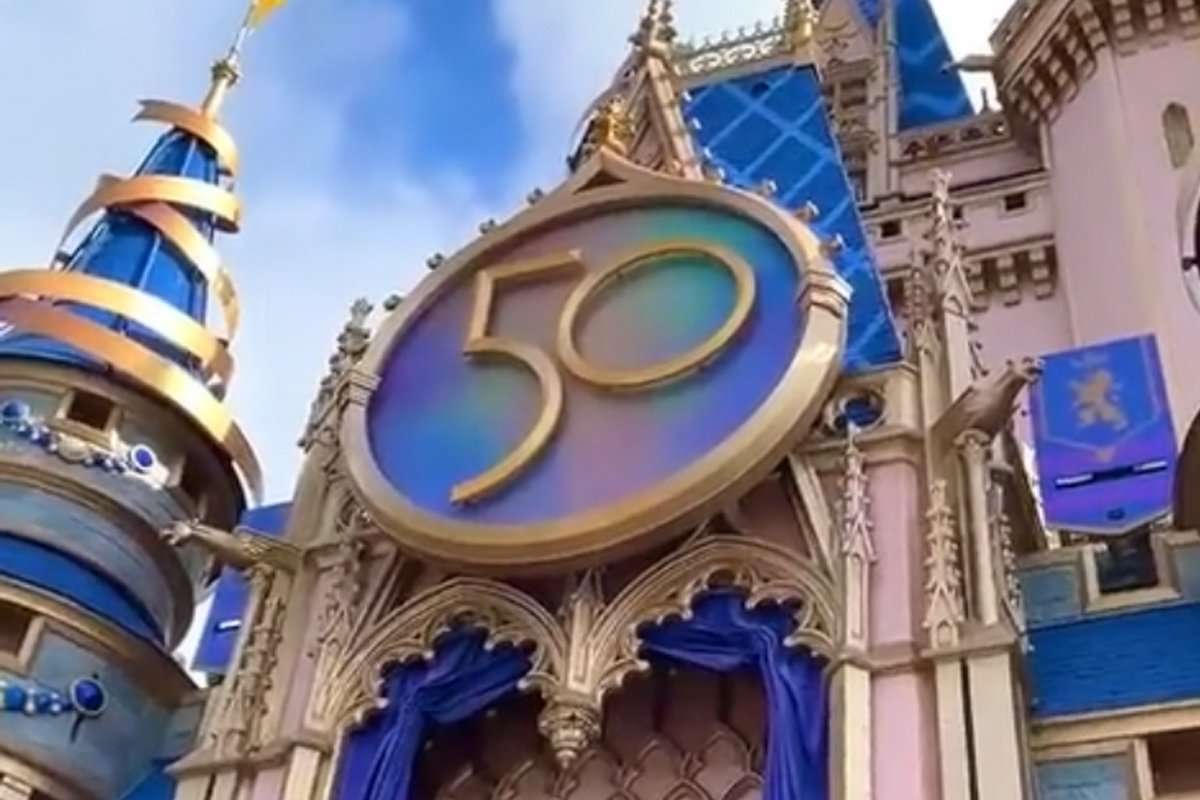 Wondering What’s New at Walt Disney World in 2021? It’s is all about new rides, restaurants, shows and the 50th Anniversary celebrations. Here’s everything you can plan to see at Disney in 2021 and everything you need to know to make sure your vacation is amazing! Get ready for the most magical year ever.

Special for the 50th Anniversary, Magic Kingdom will be getting a whole new show complete with amazing effects, fireworks, music, and lighting! Crawling not only on Cinderella’s Castle but also all down Main Street USA. Opening: OCTOBER 1, 2021. 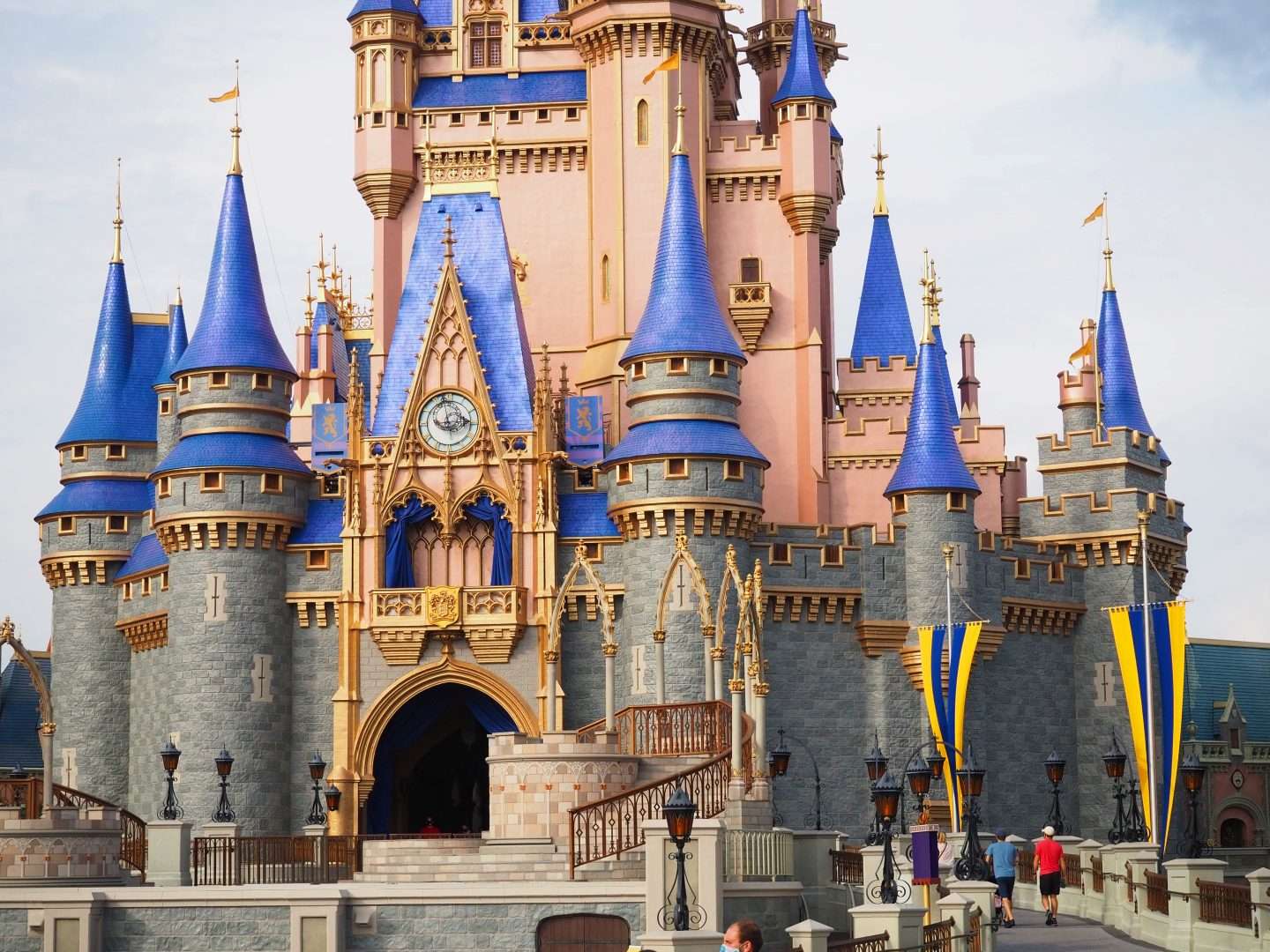 The World’s Most Magical Celebration officially starts October 1st and runs for 18 months until March 2023. You can expect new shows, commemorative merchandise, special snacks, and the completion of the 50 magical “enhancements” by the 50th. Even a new logo was made especially for The World’s Most Magical Celebration. Take a look at everything coming to Walt Disney World in time for the 50th Anniversary.

As Disney begins to add even more characters to each park Coco arrives in Magic Kingdom. Being added to Mickey’s PhilharMagic this year is “Un Poco Loco,” a new scene featuring Pixar’s Coco takes the stage to give Donald Duck even more trouble in this 4-D attraction. 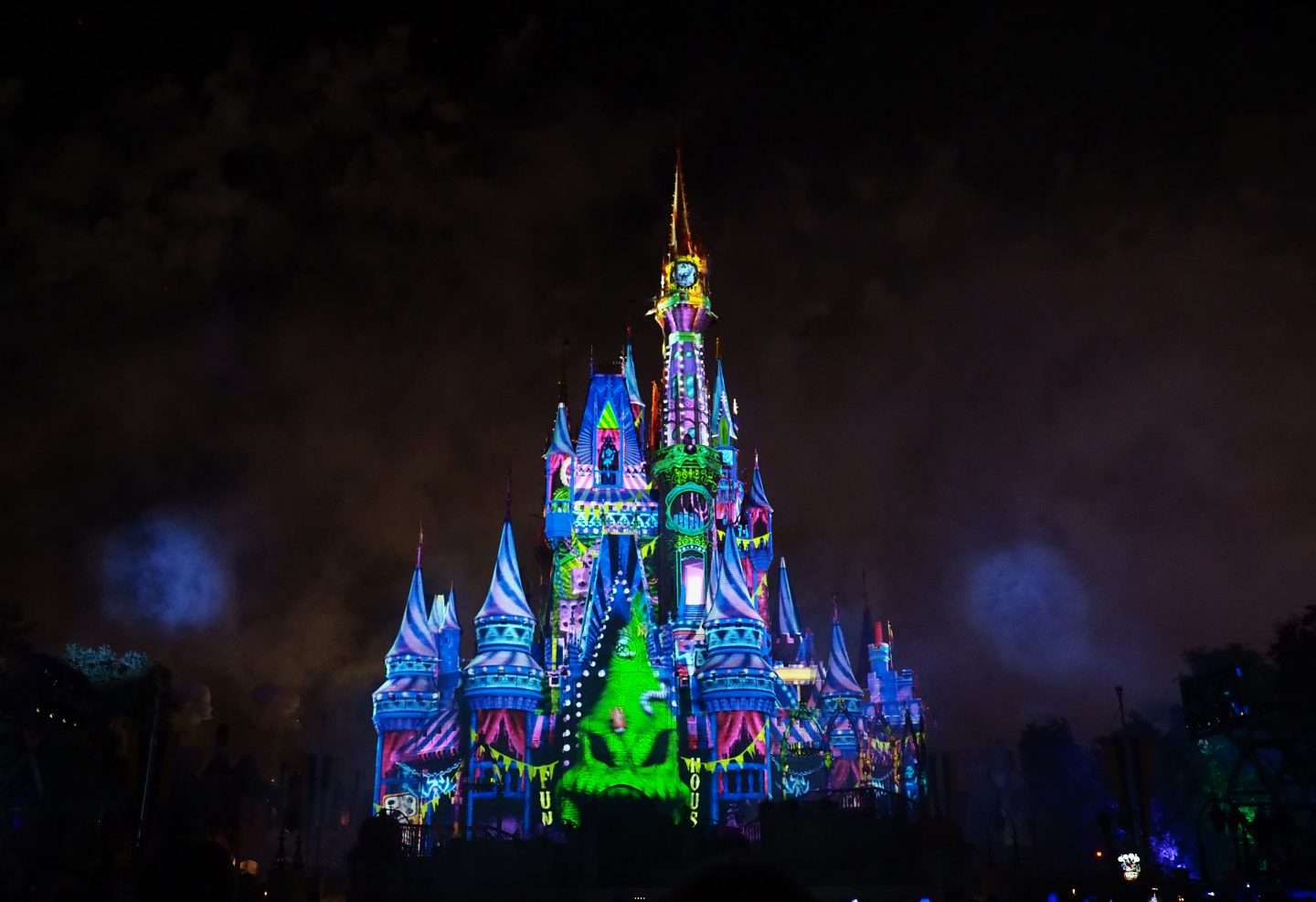 This hard-ticket event offers evening activities from 9-12 pm with a 7 pm park entry on select nights from August 10- October 31st. Similar to the other Disney After Hours events, this Halloween Party includes spooky character cavalcades, new snacks, merchandise, and snack stations. Check out all the details in our Disney’s After Hours Boo Bash post.

The Wine and Dine Half Marathon is taking on the Disney Villains this fall! Running November 4- 7 this runDisney event comes with a bunch of things you need to know before you go as running events return to Walt Disney World this fall.

Promising to be the biggest thing to hit Walt Disney World just in time for the 50th Anniversary is the Official Disney Fan Club’s annual gettogether. Destination D23 is taking place November 19-21 at Disney’s Contemporary Resort. Tickets go on sale in July. 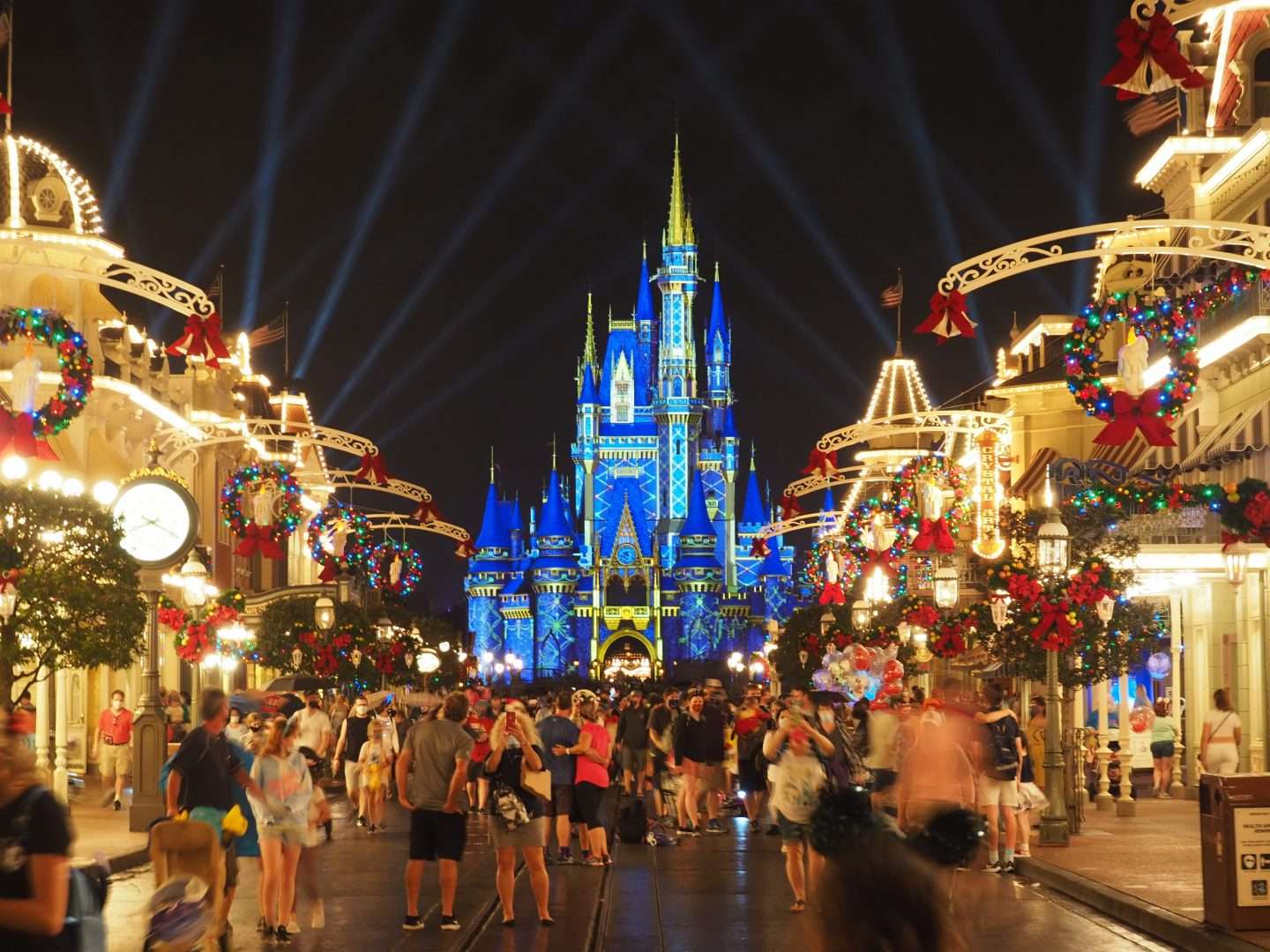 Christmas at Walt Disney World just got a whole lot merrier! A brand new Disney After Hours Event is on the way this holiday season! Disney’s Very Merriest After Hours will open with select dates starting November 8 and run through December 21, 2021. And will require an additional ticket. Check out all the details about this new Disney Christmas event!

Just like every other year, we have EPCOT annual festivals to look forward to! With new merchandise, new foods, and new experiences. Check out everything to know about these festivals below and get ready for an interesting and New 2021 season at EPCOT. Check out all the dates for the EPCOT Festivals in Walt Disney World Events Calendar for 2021.

One of the main things coming to Walt Disney World is new rides and attractions! Magic Kingdom and EPCOT both have amazing rides coming soon in 2021 and 2022.

Shrink down to the size of a rat in this ride that weaves you through Remy’s busy kitchen. As a trackless ride, you’ll be sure to experience something new every time you ride! Remy’s Ratatouille Adventure anchors a beautiful new area in the World Showcase France courtyard. Opening: OCTOBER 1 2021

Bringing Marvel’s Guardians of the Galaxy to Cosmic Rewind, you can experience a 360 ride starting with a backward launch into “space.” Tasked to save the universe, we are super excited to see this ride in action, as it’s supposed to be the first of its kind! Opening: Summer 2022

This amazing light cycle rollercoaster speeds around on winding tracks over Tomorrowland. Riding a light cycle both indoors and undercover outdoors. This ride will be the most fun at nighttime!  Opening: 2022/23

In addition to the La Creperie de France, we’re hoping to see the Roundup Rodeo BBQ come to fruition in Hollywood Studios. Originally slated for a 2020 opening and under construction in January, we’re not sure this one will take priority over other higher-profile projects to complete sooner.

The newest ice cream place to hit the boardwalk area can be found in the old Ample Hills Creamery location, near Boardwalk Inn. With things like Mickey sundaes, brownies a la mode, and strawberry shortcake ice cream there is plenty to try at  BoardWalk Ice Cream.

Previously a table service restaurant at Grand Floridian, Citricos is being re-themed to Victoria and Albert’s Bistro, BUT until those details get in place, you can find cloudy skies, and styles reminiscent of Mary Poppins Returns at this freshly refurbished signature restaurant. One of the many ways Walt Disney World is improving the Grand Floridian Resort, be sure to also check out the Enchanted Rose Beauty and the Beast-inspired Lounge.

This new table service restaurant is slated to arrive in Toy Story Land as a family-friendly and budget-friendly dining experience. Woody’s Roundup Rodeo BBQ Restaurant is located right inside Toy Story Land before you reach the Slinky Dog Dash rollercoaster. Meet and Greets with Woody and Jessie are on the table alongside a classic American bbq menu. We love this excuse to sit down to some air-conditioned family dining in Toy Story Land. Opening: TBD

This space-themed restaurant with views of the universe promises out of this world dining an extensive wine and beer list and a varied menu. Set alongside Mission space guests will enter through a spaceship-like portal to reach their dining destination. Opening: September 20, 2021.

As part of Remy’s Ratatouille, Adventure Courtyard La Creperie de Paris will anchor the courtyard in the streets of pairs! This creperie will offer both quick service and table service dining to keep you going through your Epcot day!

And be sure to check out everything new at Disney Springs. From the best new restaurants to food trucks to cookie stops, we’re adding to our list in the post. 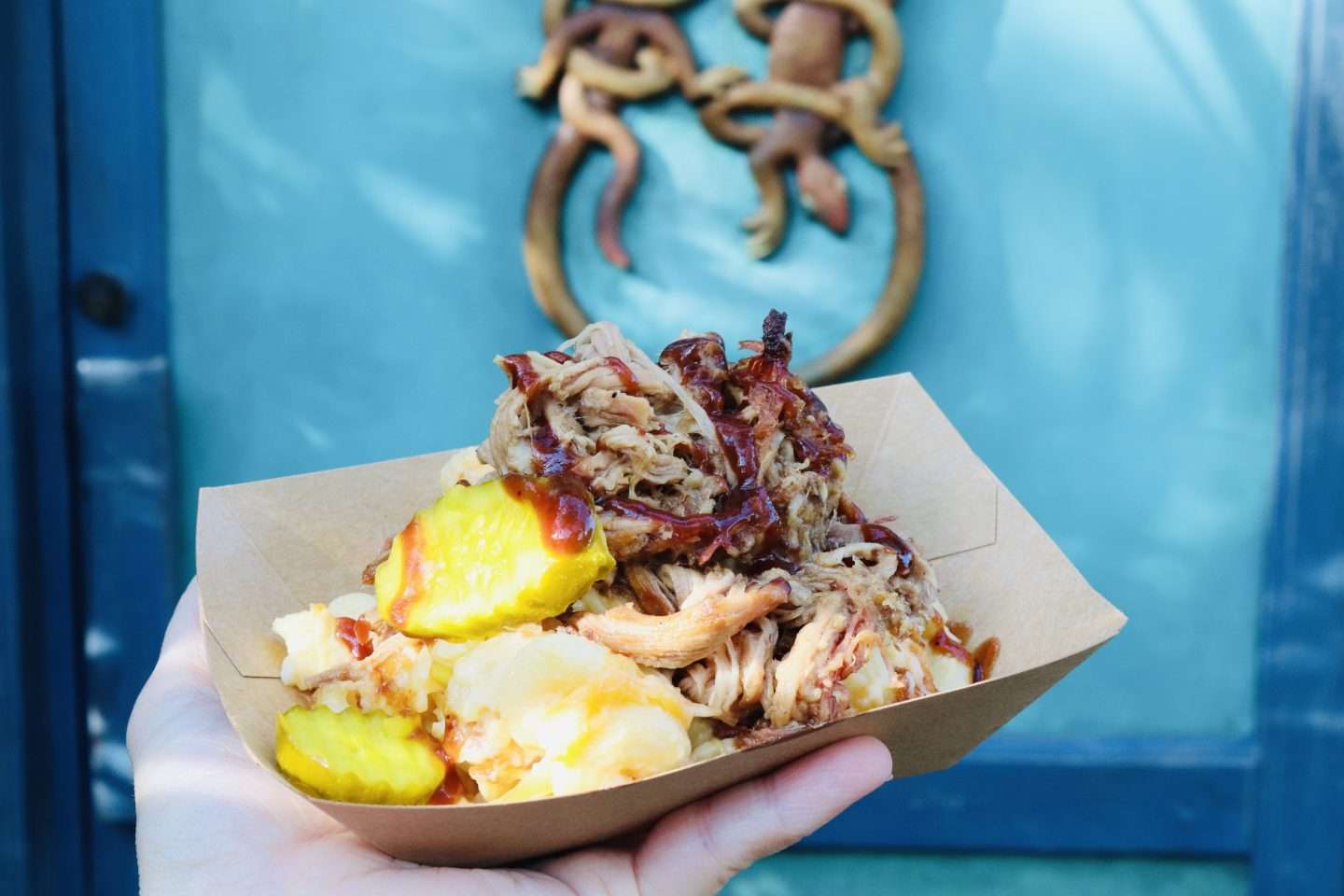 We go crazy for Disney Snacks. And are sharing a running list of New Snacks at Walt Disney World for 2021 as they arrive. So what kinds of snacks can we expect to arrive in the parks? Well, just like Disney Dooney and Bourke Bags, Disney Snacks usually follow a character or color theme and a focus on Disney Films celebrating an anniversary. Here are our predictions for the kinds of snacks we’ll see in 2021.

And if we’re digging deep, 2021 is also celebrating 15 years of Cars, Pirates of the Caribbean, and High School Musical! So many great things to celebrate we’re sure to see special treats to commemorate them. 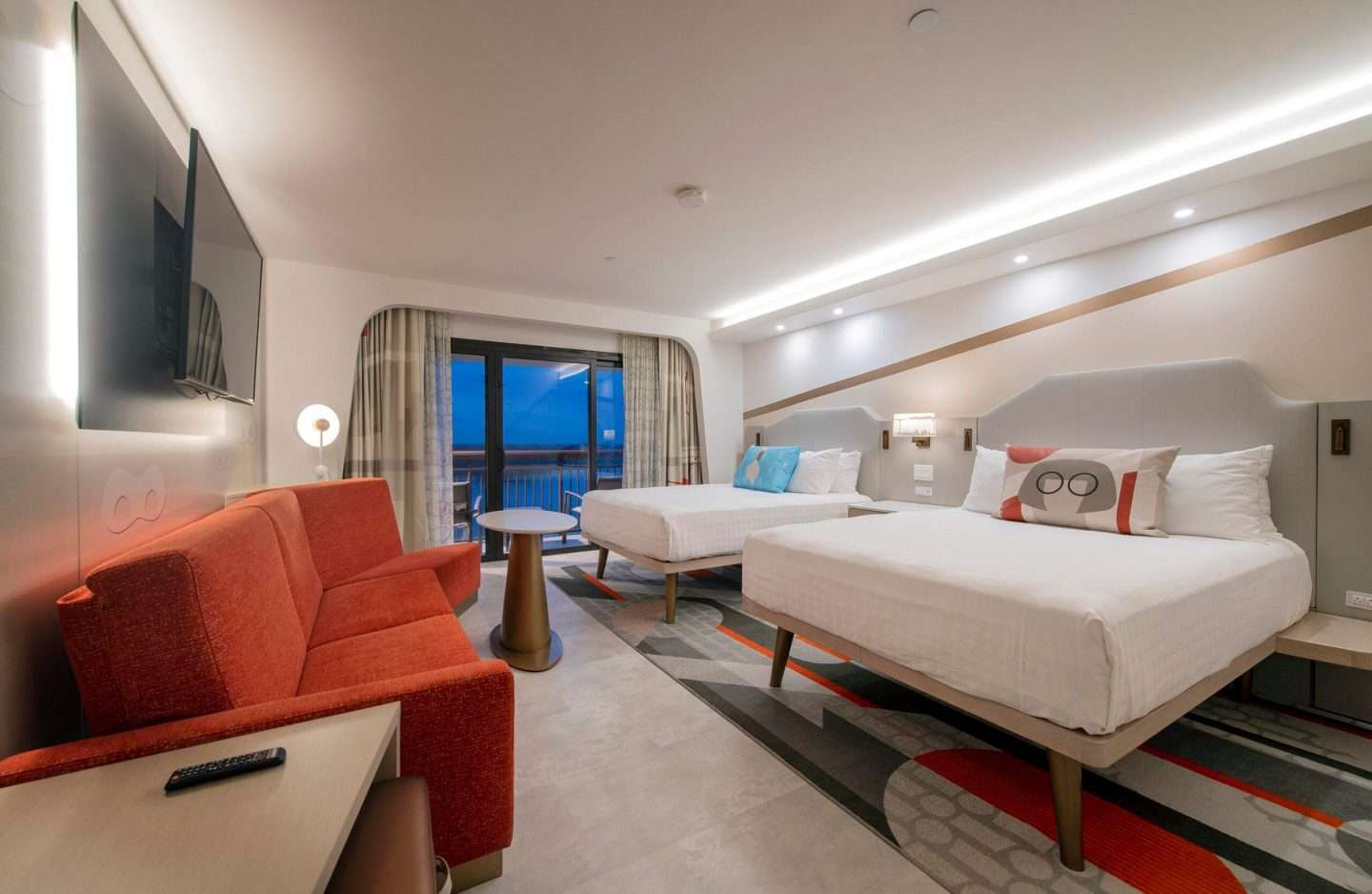 Disney’s Polynesian Resort just completed some re-theming to Moana colors and vibes!  According to the Orlando Sentinel, a spokeswoman from Disney World indicated that the Polynesian theme is making  “a move to a Pacific Ocean-inspired color palette as well as details, patterns, and textures from Disney’s ‘Moana.’” We’ll be sharing pics as soon as we can!

The newest hotel to land at Walt Disney World can be seen from the Disney Boardwalk! This upscale boutique hotel sits right between The Swan Hotel and The Dolphin Hotel. Albeit on the other side of the road, it’s still within walking distance to the boardwalk, EPCOT, and Hollywood Studios. This hotel combines rooms and suites to accommodate families of 6-10 people. This is a Mariott Bonvoy Autograph Collection Hotel.

We’ll be sharing Disney plans as they arrive. Here’s hoping you are as excited as we are about all the amazing things coming to Walt Disney World in 2021. 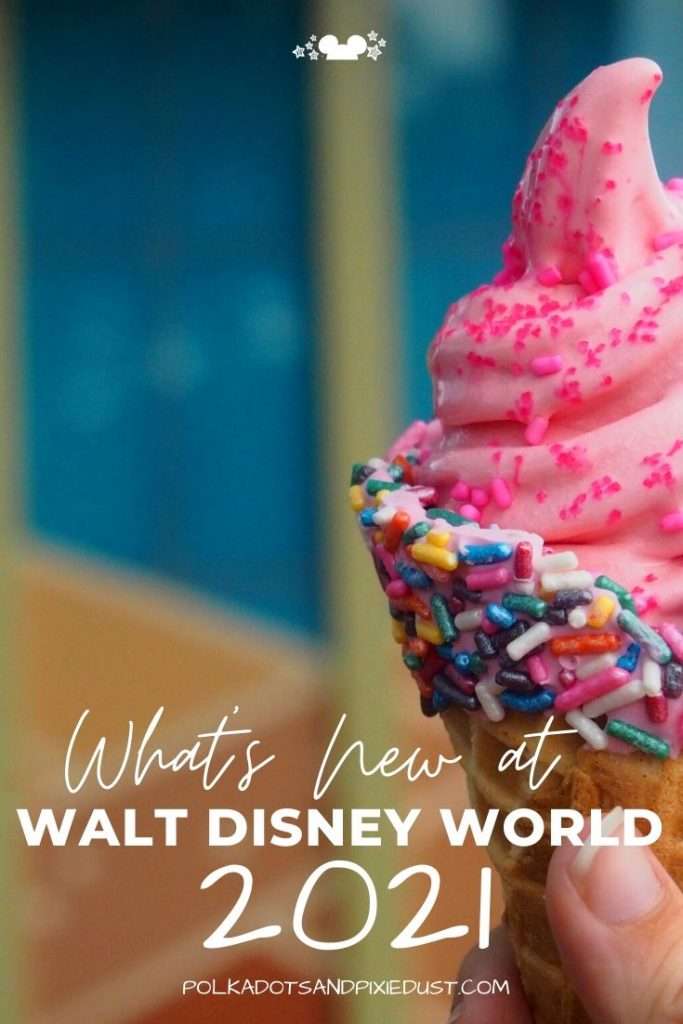