5 Reasons to Visit Walt Disney World in the Fall

We love fall. There’s just something so magical about the cooler weather, the changing leaves, and dreams of all things pumpkin spice. Fall at Walt Disney World is no different! Although Florida isn’t typically a state that sees the beauty of this season like some of us northerners do, Walt Disney World does a fantastic job of bringing in the new season with its own version of festive magic for fall. With pumpkin decorations, seasonal snacks, and cozy merch to bring home, here are our top 5 Reasons to Visit Walt Disney World in the Fall. 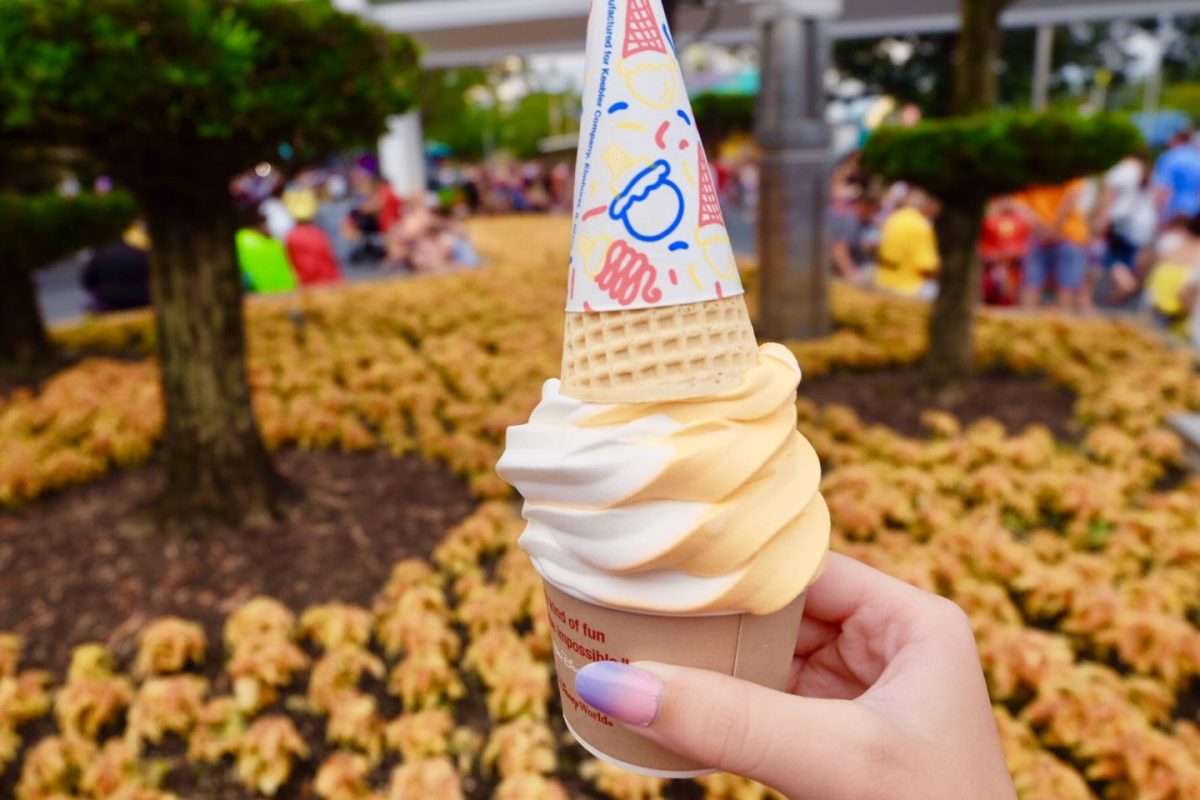 Why Fall is the Best Time to Visit Walt Disney World

Fall is one of our favorite seasons to visit Walt Disney World. While some of it’s a bit nostalgic, since our first trip together was in September many moons ago- fall really is a great time to visit the happiest place on Earth. Fewer crowds, better weather, and specialty snacks you can’t get any other time of year, makes Walt Disney World one of our favorite places to be this time of year.

Florida is not as HOT in the Fall!

Ok, ok, let’s not get carried away here. You’re not going to see 65-degree temps at Walt Disney World in September. It’s just not going to happen. You will, however, see cooler weather. While the beginning of September is still pretty hot, by the end of the month, you’ll see those temps start to fall. And by October, the weather is definitely more comfortable. Keep in mind if you’re coming from the north, you likely won’t be considering these temps cool, but you also won’t be battling the heat and humidity of the summer months. Also, keep in mind, that this is the rainy season. Pack your poncho and enjoy it like a pro. You’ll be rewarded with lower crowds and slightly lower temps after a classic Florida afternoon rainstorm.

And while it’s still a little warm from September through October, you can still seek out our favorite Disney Rides when it’s Hot and find fun ways to Enjoy Disney World when it Rains. 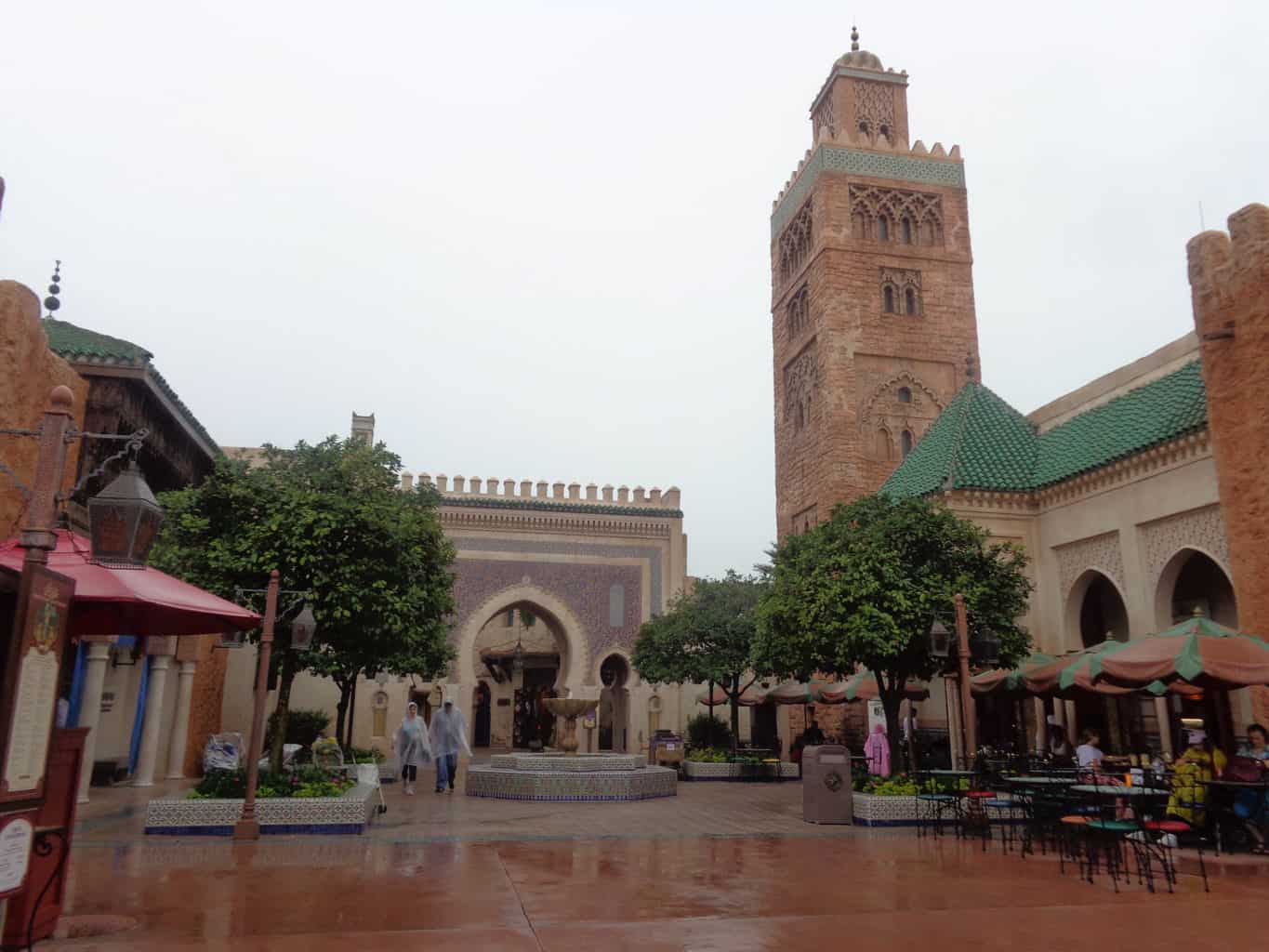 There are FEWER PEOPLE at Walt Disney World in the Fall

While you won’t see minimal crowds, there are definitely fewer people in the parks than during the summertime. As one of the Cheapest Times to Visit Walt Disney World you’re already saving money on your tickets, rooms, and flights. With the shift in Disney crowd levels over the last few years, we can’t really say this is the lowest you’ll see crowds at Walt Disney World. But we can confidently say that the crowds were a little more manageable during the fall months than other times of the year. December, for instance, is absolutely unbearable in regards to crowds. This obviously varies from week to week so be sure to check your crowd calendars for your specific time frame.  Of the fall months, September will be less crowded than October. We’ve broken down the Best Times to Visit Walt Disney World based on crowds, cost, and more. 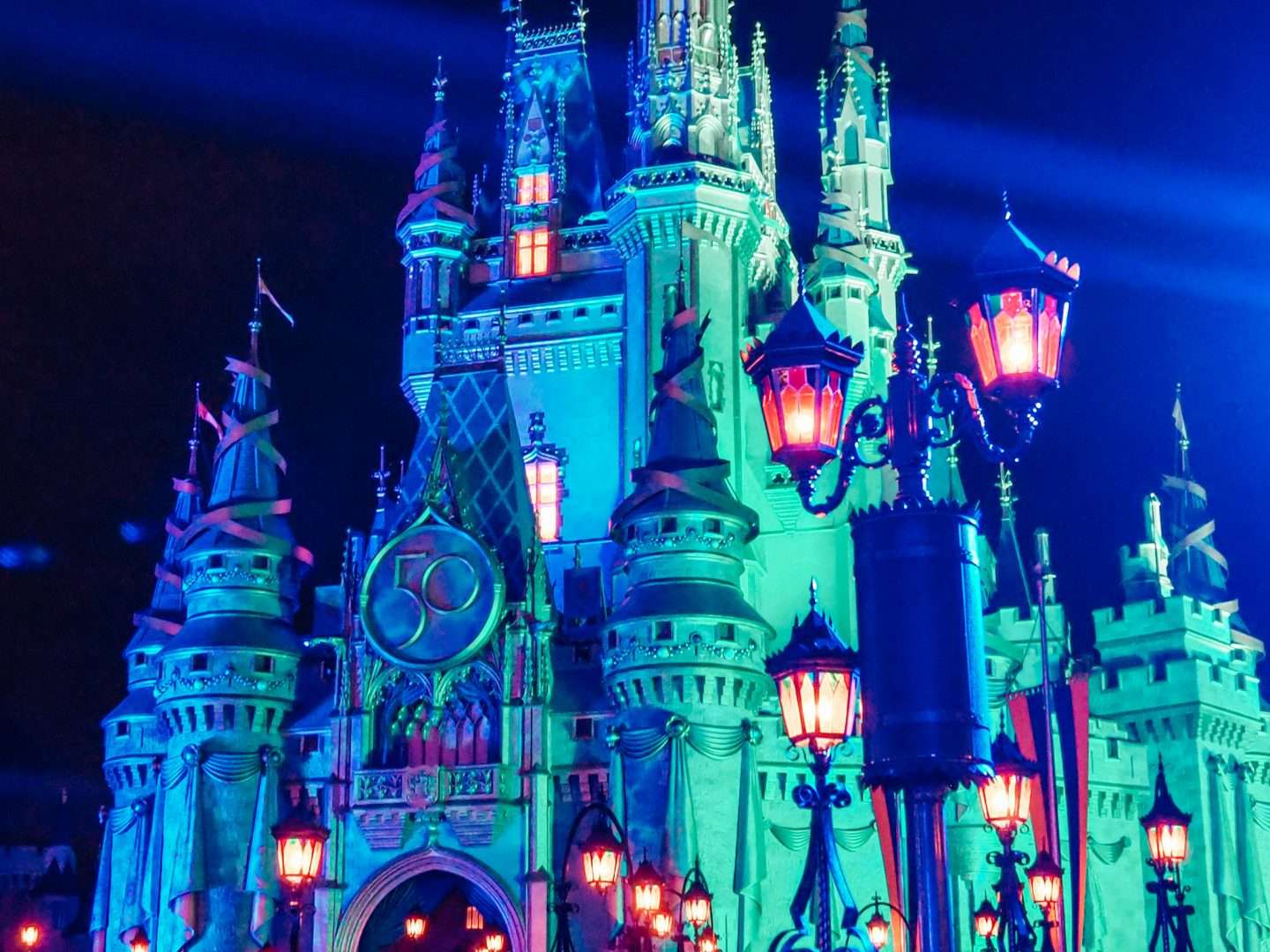 Halloween at Magic Kingdom is Magical!

Even if you have Halloween plans at home, know that Halloween at Walt Disney World is worth the trip! And we say this during times when we are, and are not, pass holders. Because it’s just the best time of year to visit. From mid-August through October 31, you can have extra spooky fun with new snacks, parties, merchandise, decorations, and more. The Main Street Trolley gets dressed up for the season. And the poles throughout the park get decked with pumpkin Mickeys and Carriages. Plus, Magic Kingdom features the BEST Disney Party of the year in the fall. Mickey’s Not So Scary Halloween Party is one of the biggest events during the fall months and is totally worth the price tag of the extra ticket. And if you’re cringing at the cost of a party ticket, just skip your actual park ticket on the day of the party! While the party doesn’t start until 7 pm, Mickey’s Not So Scary Halloween Party Guests can arrive as early as 4 pm to enter the park. Allowing you the earlier part of the day to browse resorts, the Boardwalk, and Disney Springs, and get ready for the evening ahead. 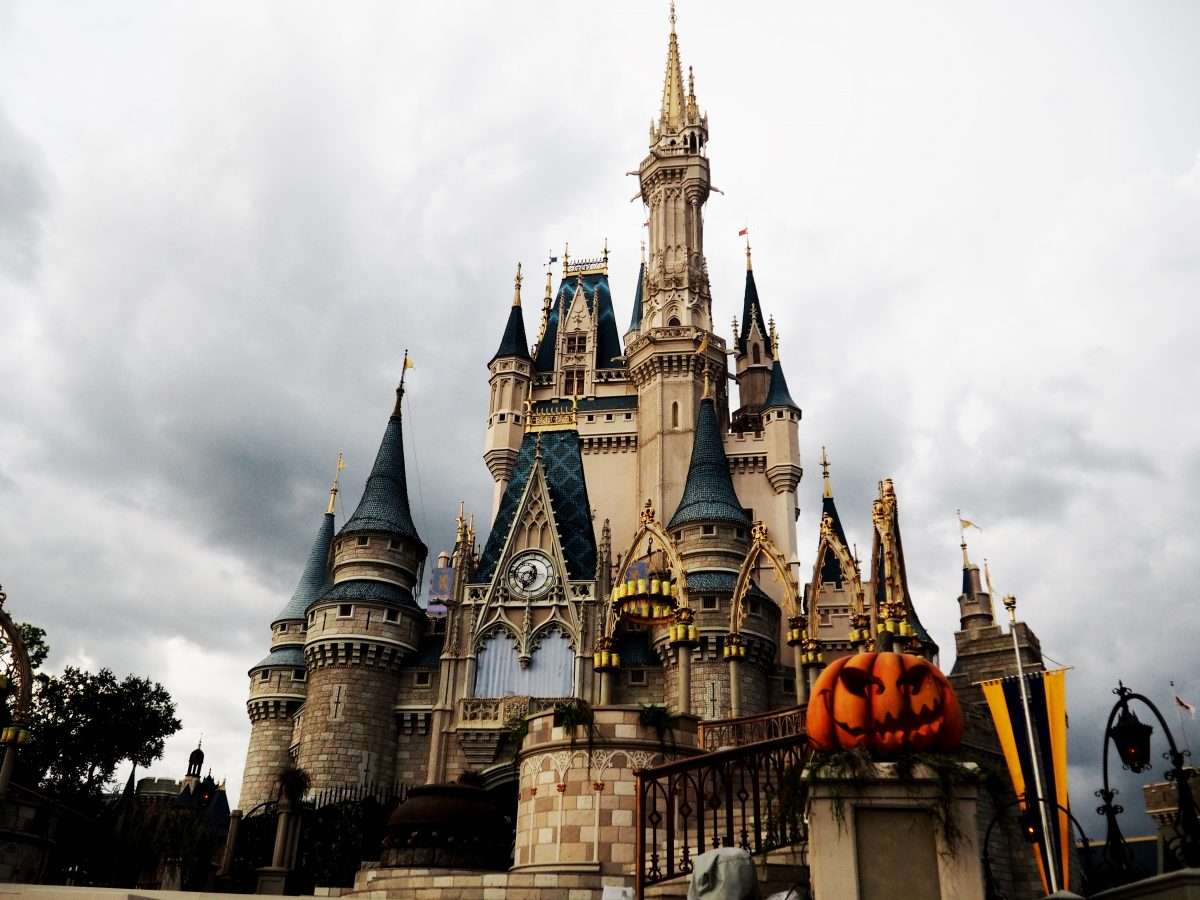 And if we still haven’t convinced you, you can also count on an EPCOT Festival in the Fall! And it’s included in the price of your EPCOT ticket. Disney’s Food and Wine Festival runs from mid-July through mid-November in EPCOT park and features loads of things to do. Featuring small plates both savory and sweet, we love trying the new cuisines that appear in the World Showcase countries.  From the drinks in France to the tacos in Mexico, and desserts in Japan, there is so much to try. Be sure to browse the EPCOT Food and Wine Festival Menus so you can plan what to try ahead of time! We highly recommend spending at least 2 days in EPCOT if you’re visiting for the festival, simply so you have a chance to get around to the food booths. In addition to food, you can also experience the Eat to the Beat Concert Series, Remy’s Hide and Squeak Scavenger Hunt game, and Emile’s Fromage Montage Challenge. We love this festival for families and Disney Adults alike. 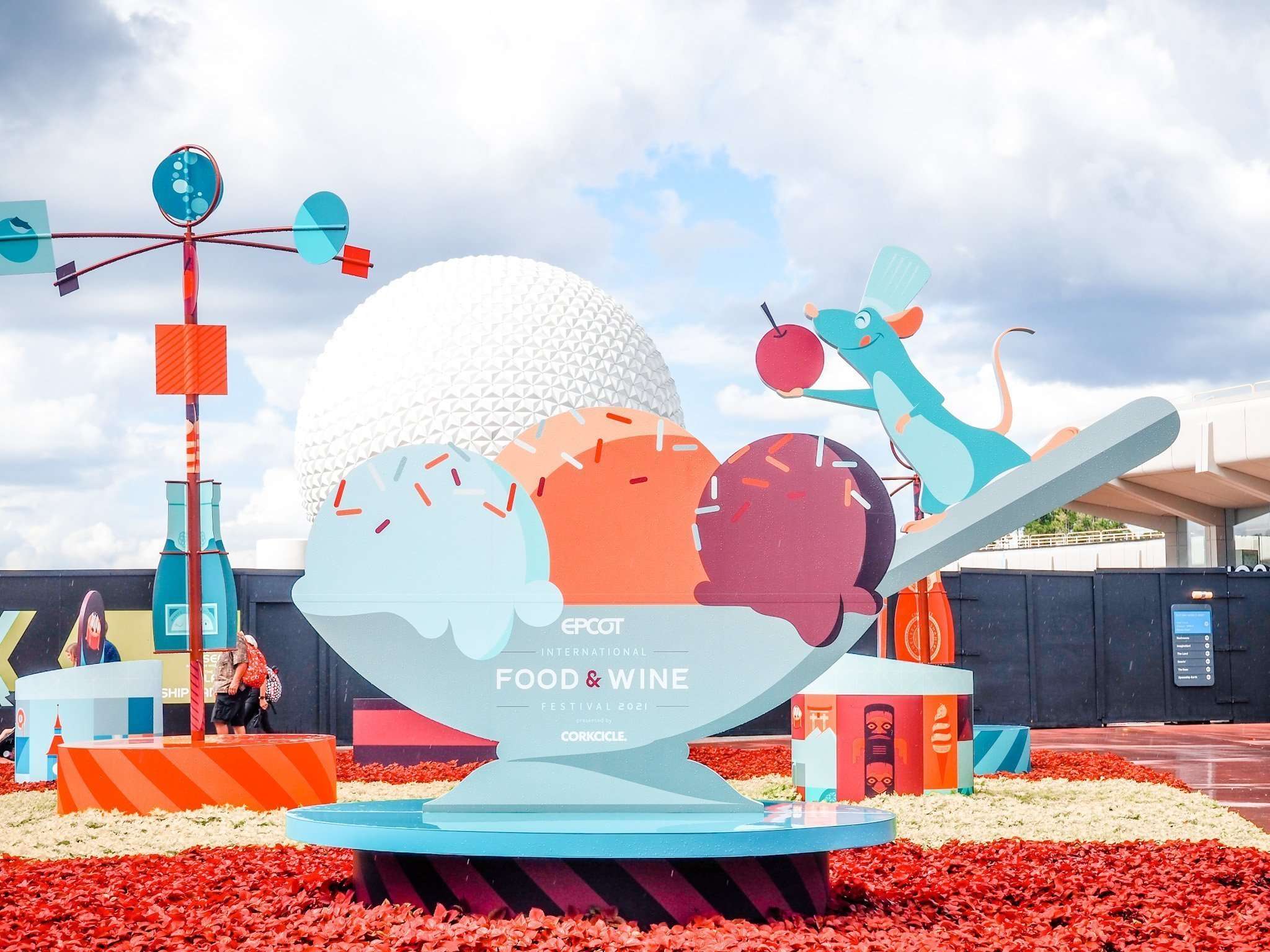 It’s the Least Expensive time of Year to Visit

This time of year is simply a cheaper time of year to visit. You can get the rundown of the Cheapest Times to Visit Walt Disney World in our post. And While it’s never a guarantee, generally everything seems to be less expensive in the fall months. Whether you’re flying, renting a car, or looking at Walt Disney World resorts, fall discounts tend to be pretty significant. We’ve even noticed Disney Springs area hotels offering more perks during the fall months, like free parking and heavily discounted room rates. Keep an eye on Walt Disney Worlds Special Offers page for all the current promotions.

So there you have it! From New Fall Snacks at Walt Disney World, to What’s New at Walt Disney World for Fall, there is so much to do, see and eat that you simply can’t do any other time of year. And even if you don’t add Mickey’s Not So Scary Halloween Party to the list, you can still head to Disney Springs for fall magic and new snacks. Or try the pumpkin beignets at Port Orleans French Quarter. Even Joffrey’s Coffees get a fall refresh with pumpkin spice flavors and specialty drinks for the Food and Wine festival. Whatever your plans we highly recommend this time of year! Mid-September is best. We hope you love this time of year as much as we do! 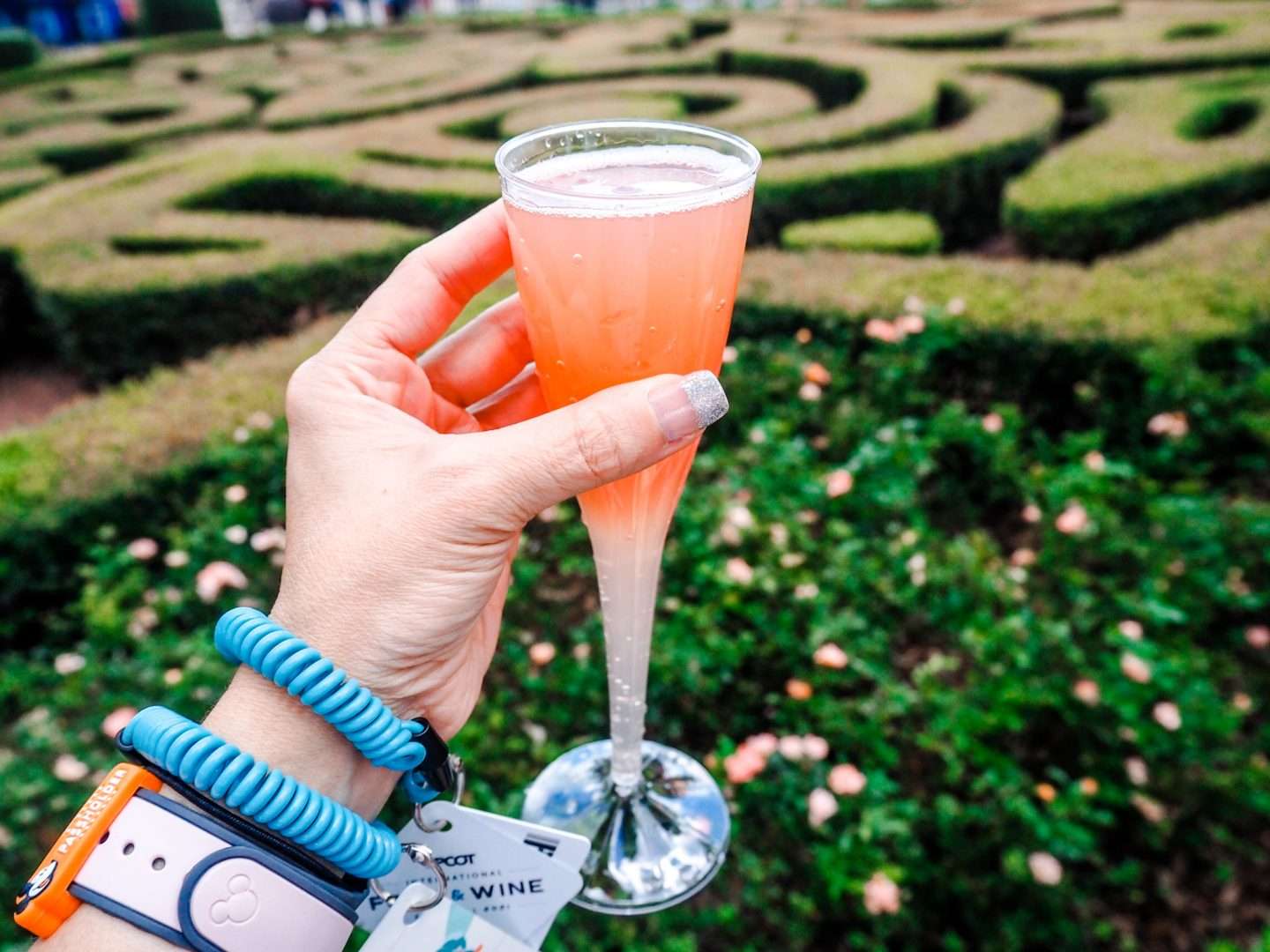 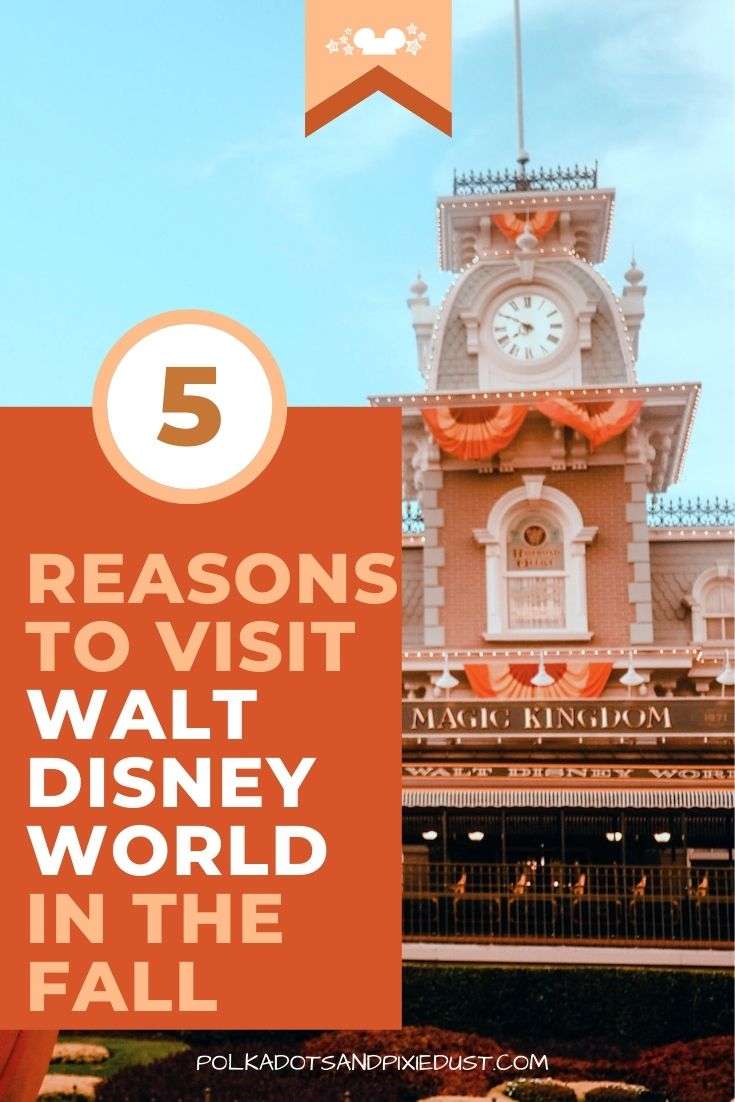