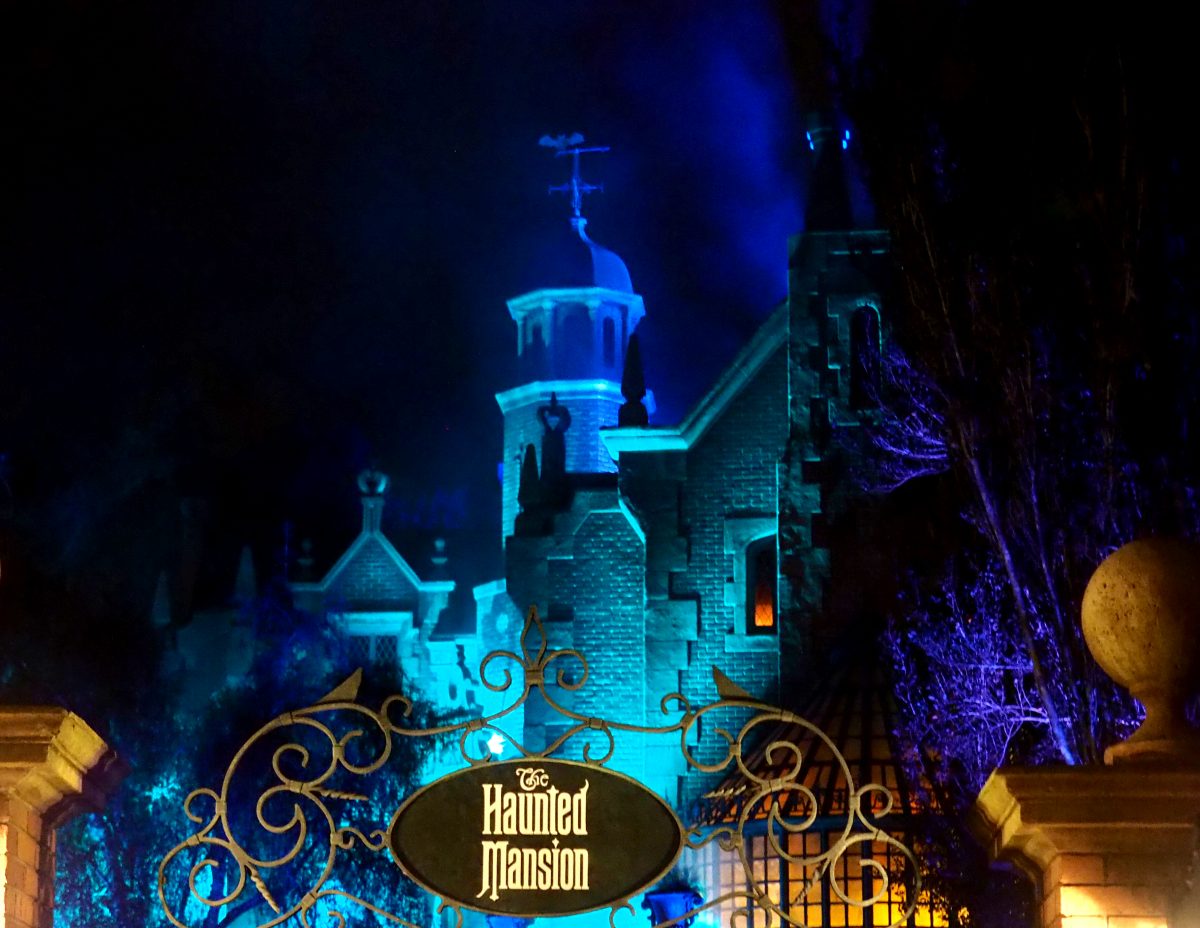 Walt Disney World For Halloween is always a good idea, AND since it runs from August 12 through October 21, 2022, you have plenty of time to enjoy it! As one of the most festive times of the year at Disney World, you get new snacks, new merchandise, new events, shows, and more. Luckily, no matter when you go this season- and even after the season has passed- some of this spooky fun at Disney lasts all year long. Here are our favorite scary things to do in each Disney park for a little extra thrill. 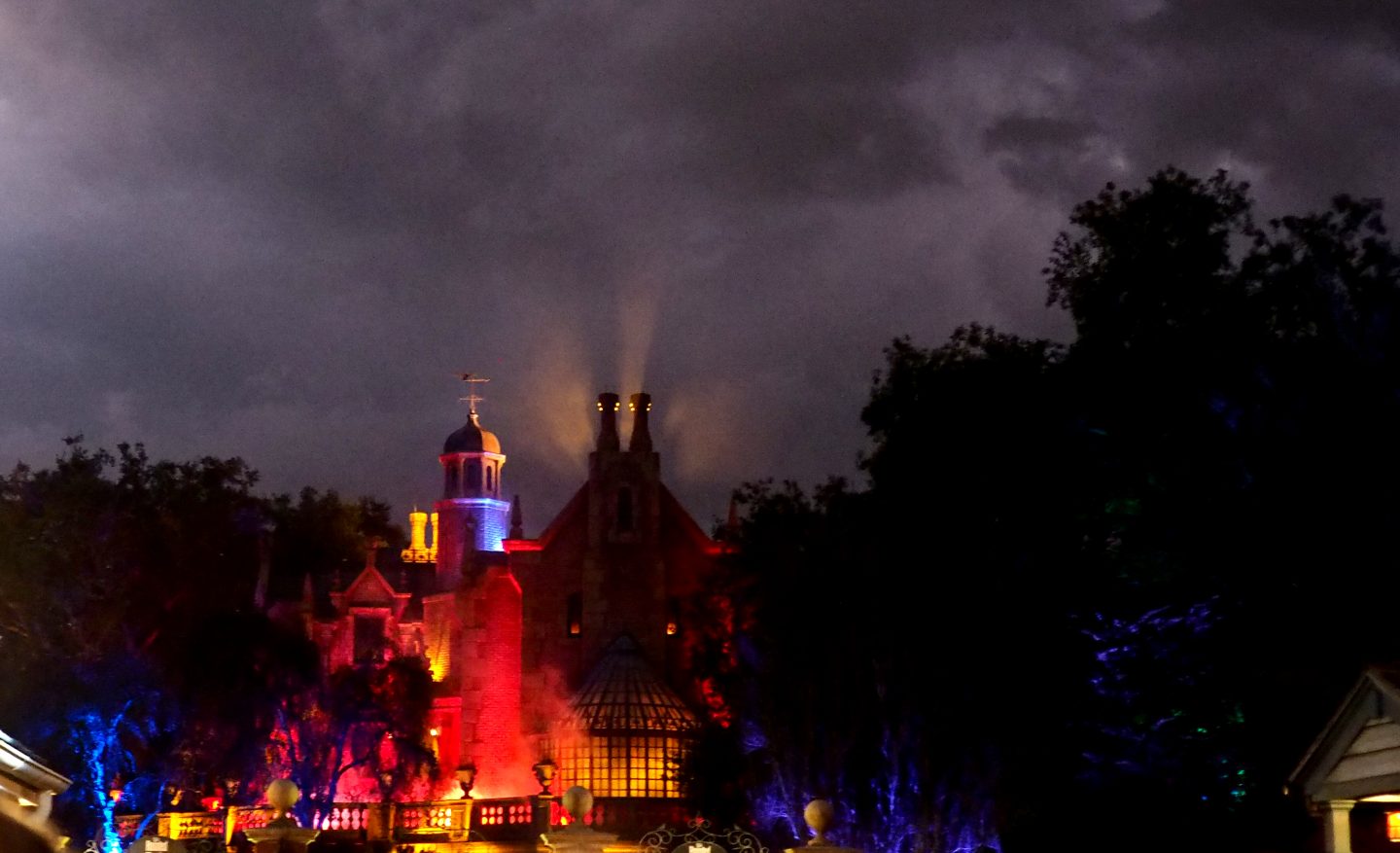 Hands down, the ride that will send chills up your spine is Haunted Mansion. This is absolutely one of our favorite rides in all of Walt Disney World. Every vacation to Walt Disney World usually includes snagging a spot on this ride more than once. We know the songs, the scenes, the Peppers Ghost trick in the dining room. And we love it all! Even though we don’t really like scary things! Thankfully you can get a little Halloween magic all year long with this one.

The Disney Villains take the float stage in spooky character cavalcades! Complete with all our favorite villains, you can also see Jack Skellington and Sally. Two of our favorite, spookiest Disney characters to be sure. Halloween festivities usually begin mid-August and last until October 31st, so catch this while you can.

Spooky things at Magic Kingdom just wouldn’t be the same without a spooky snack in hand. From spooky apple treats to caramel apples dressed up like our favorite Disney Villains you can find all sorts of spooky and scary treats at Disney this time of year. Check out all the Halloween Snacks at Magic Kingdom. 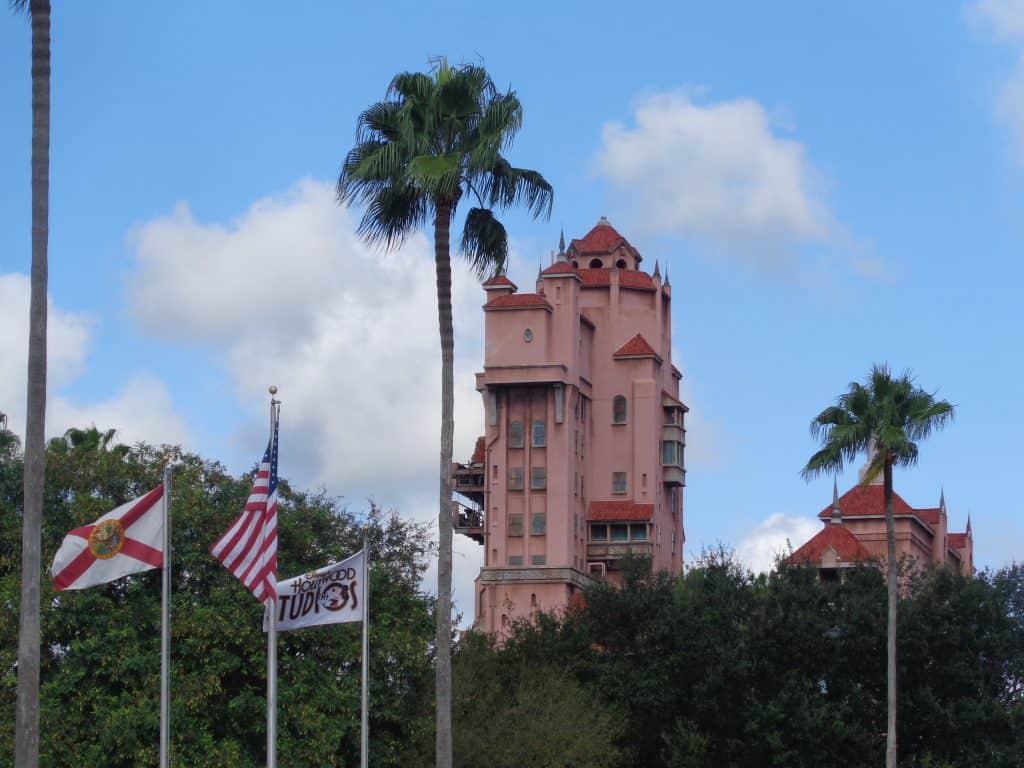 Nothing says spooky like the Twilight Zone! And since the infamous Hollywood Tower Hotel has a spooky story of its own involving an elevator, room 1313, and one fateful night you can find this attraction and extra thrills all year long. The Tower of Terror Disney Channel Movie even makes our Disney Halloween Movies list if you need a little at-home spookiness to hold you over!

Grab a milkshake and burger at the Sci-Fi Dine-In Drive-In Theater and settle in for some old black and white clips from spooky films of days gone by. You never what you’re going to see here, but the chances of a monster sighting are good. Keep your eyes peeled! 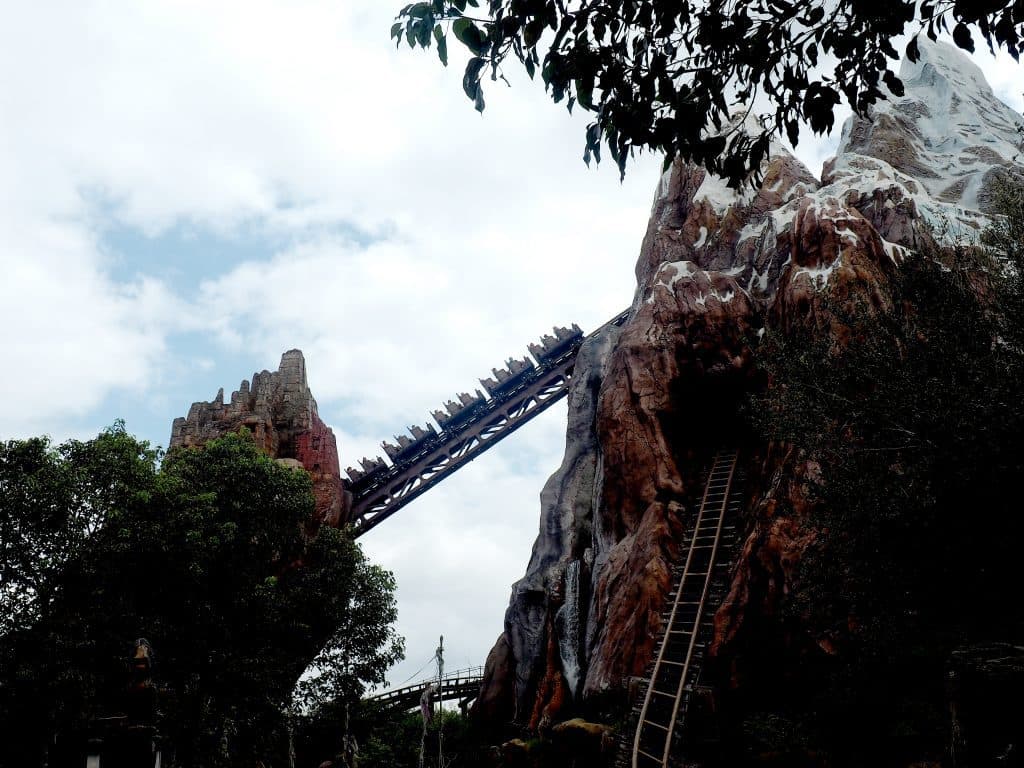 The Bats of Anandapur

Strolling through Animal Kingdom you may think that your biggest worry would be the lions or rhinos. But when you realize the bats you can find in Anandapur have a more than 4-foot wingspan, you may think again! These almost people-sized creatures can be found in the Maharajah Jungle Trek, all year long.

It’s Tough to Be a Bug

This old-school Disney attraction is a 4-D theater featuring the gang from It’s tough to be a bug. While this spooky experience may be replaced soon, you can still find it in Animal Kingdom on Discovery Island. We love this show as a break from the Florida heat, even if it does mean you may feel creepy crawlies on your chair.

Animal Kingdom’s scariest ride may be Expedition Everest, courtesy of the Yeti, but that doesn’t mean there aren’t plenty of things for the creepy at heart. Spider treats, wormy concoctions, and other crawly snacks are part of every day at Animal Kingdom. Check out all the Halloween Snacks at Animal Kingdom. 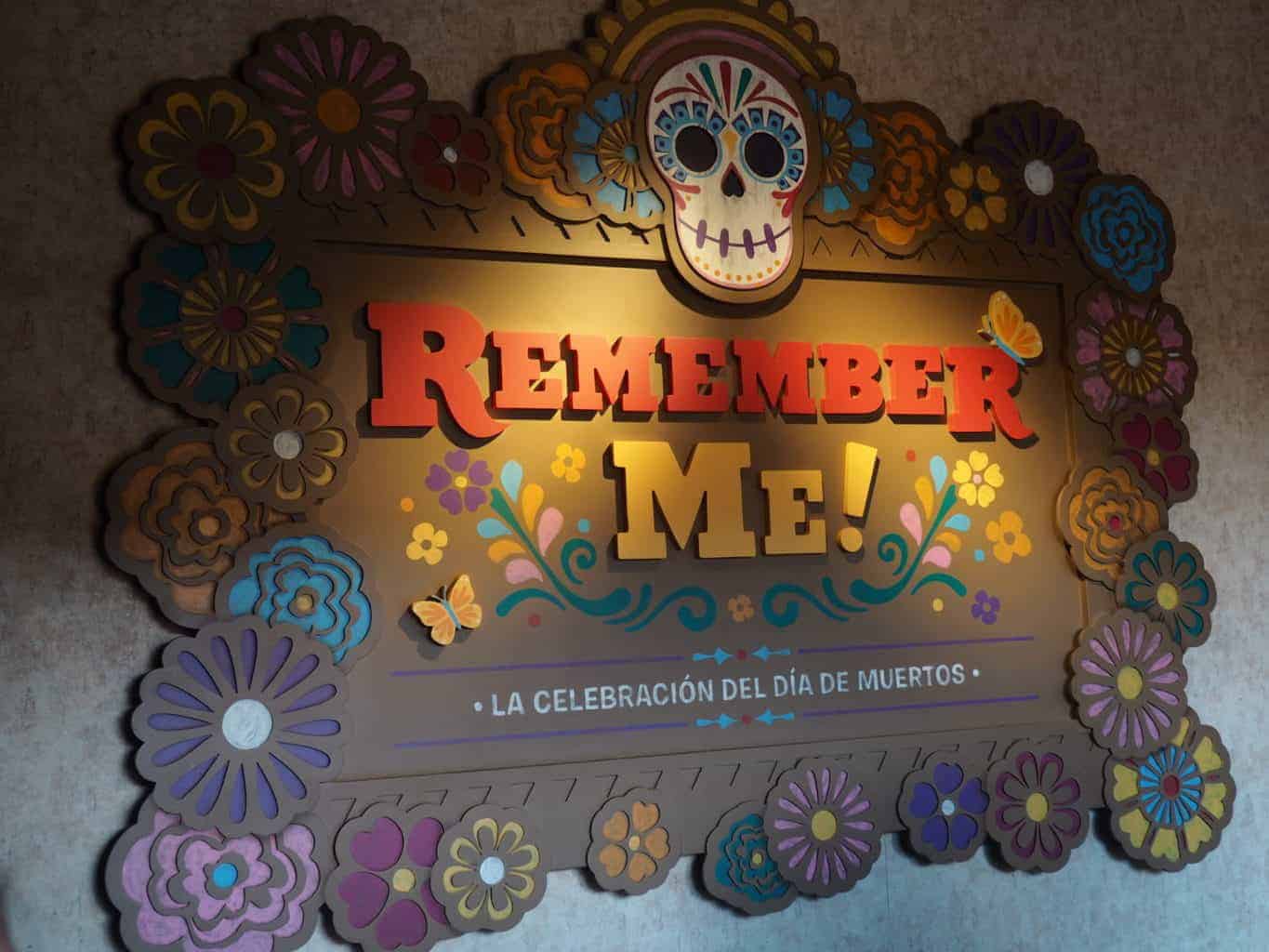 Day of the Dead with Coco

If you’re looking to celebrate the Day of the Dead you need only to head to the Mexico Pavilion at EPCOT for all things Coco to help you celebrate this extra spooky family-oriented holiday on November 1st. With skulls galore, skeleton dolls, and everything colorful, you can look forward to spooky and fun in Mexico.

EPCOT doesn’t do spooky too much, but that doesn’t mean they don’t celebrate the season when it comes around. You can check out all the Halloween Snacks at EPCOT offered only on Halloween this year.

While Halloween only comes once a year at Walt Disney World, you can always find a little extra spooky fun anytime you visit the Disney Parks! Hopefully, we’ve given you a few ideas to make your season a little creepier, whether you’re visiting for the holiday or going any ‘ol time! What did we miss? What are your favorite spooky experiences in the parks? 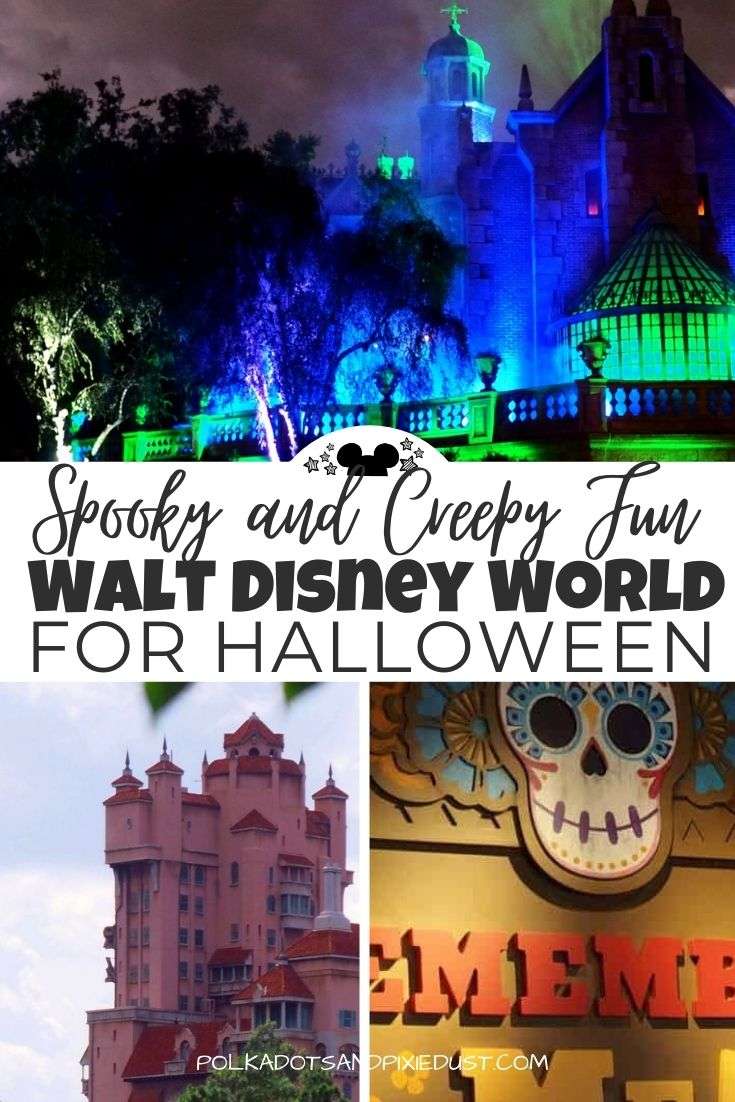 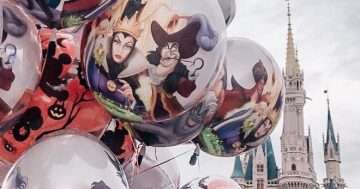 Spending Halloween at Walt Disney World is always a good idea. Unlike the later part of the holiday season, you don’t have so many crowds, you still have decent weather and frankly, it’s when the things that are MOST FUN finally happen. While we love […] 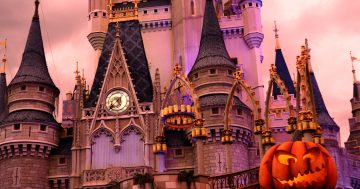