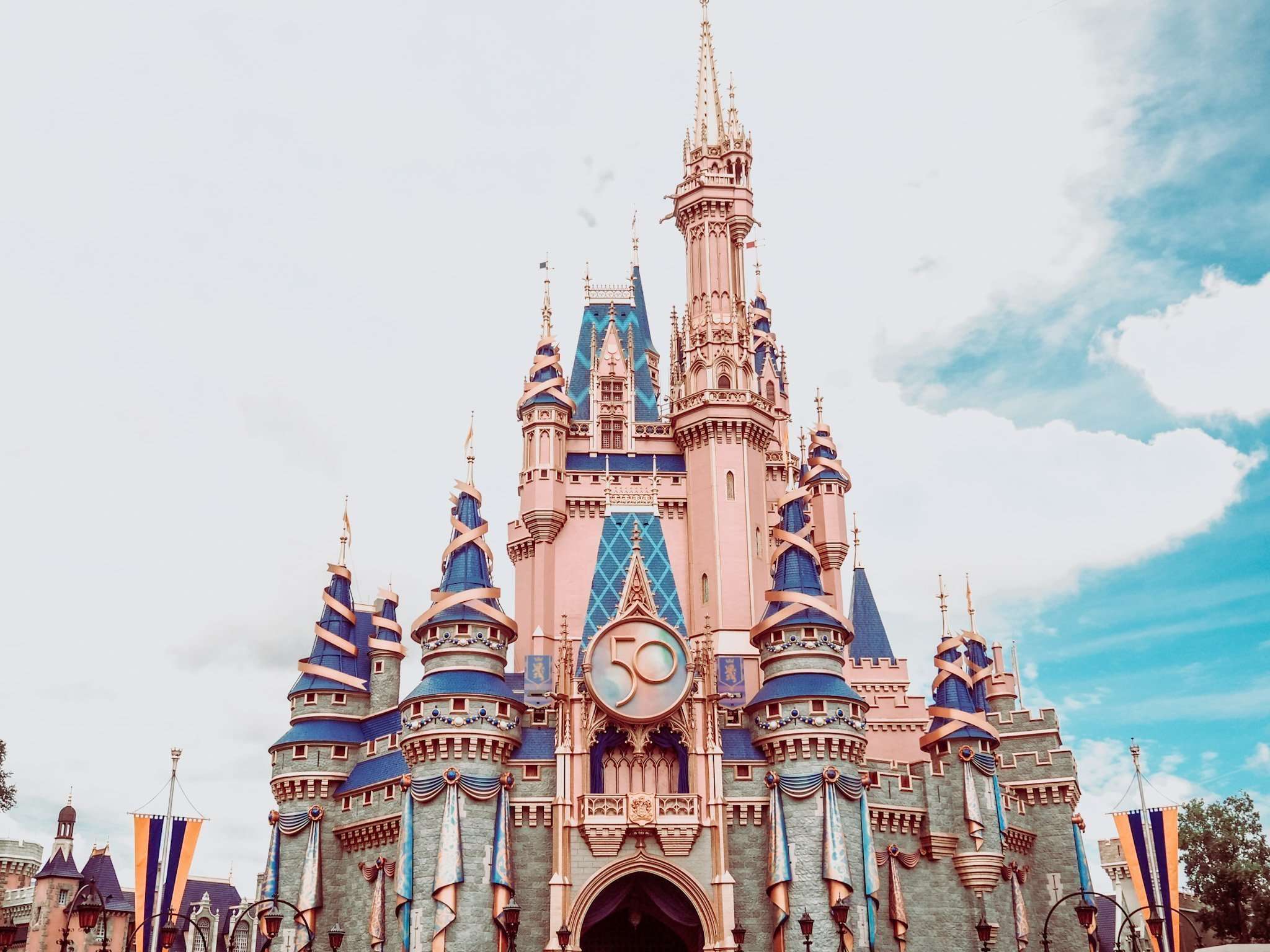 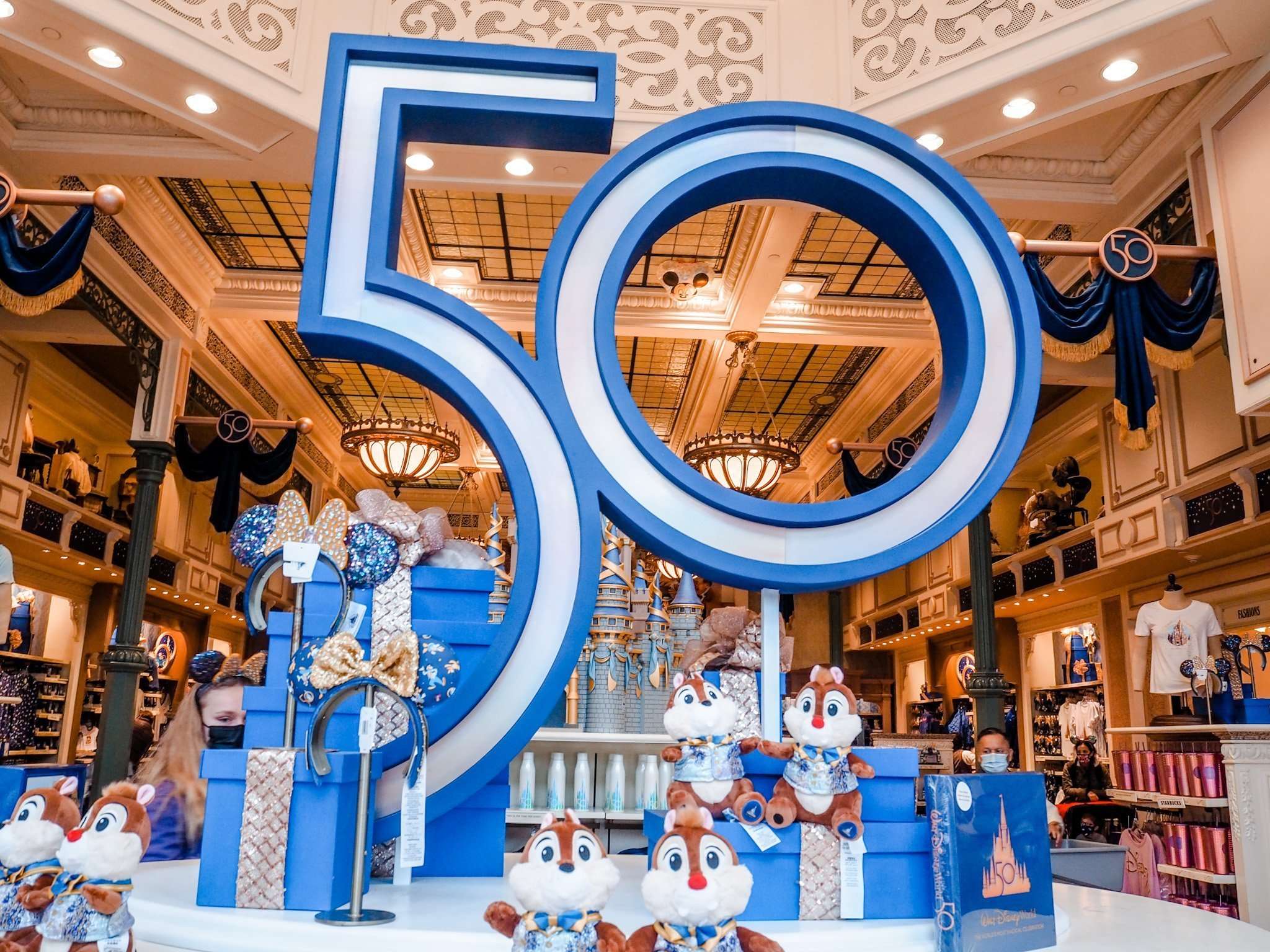 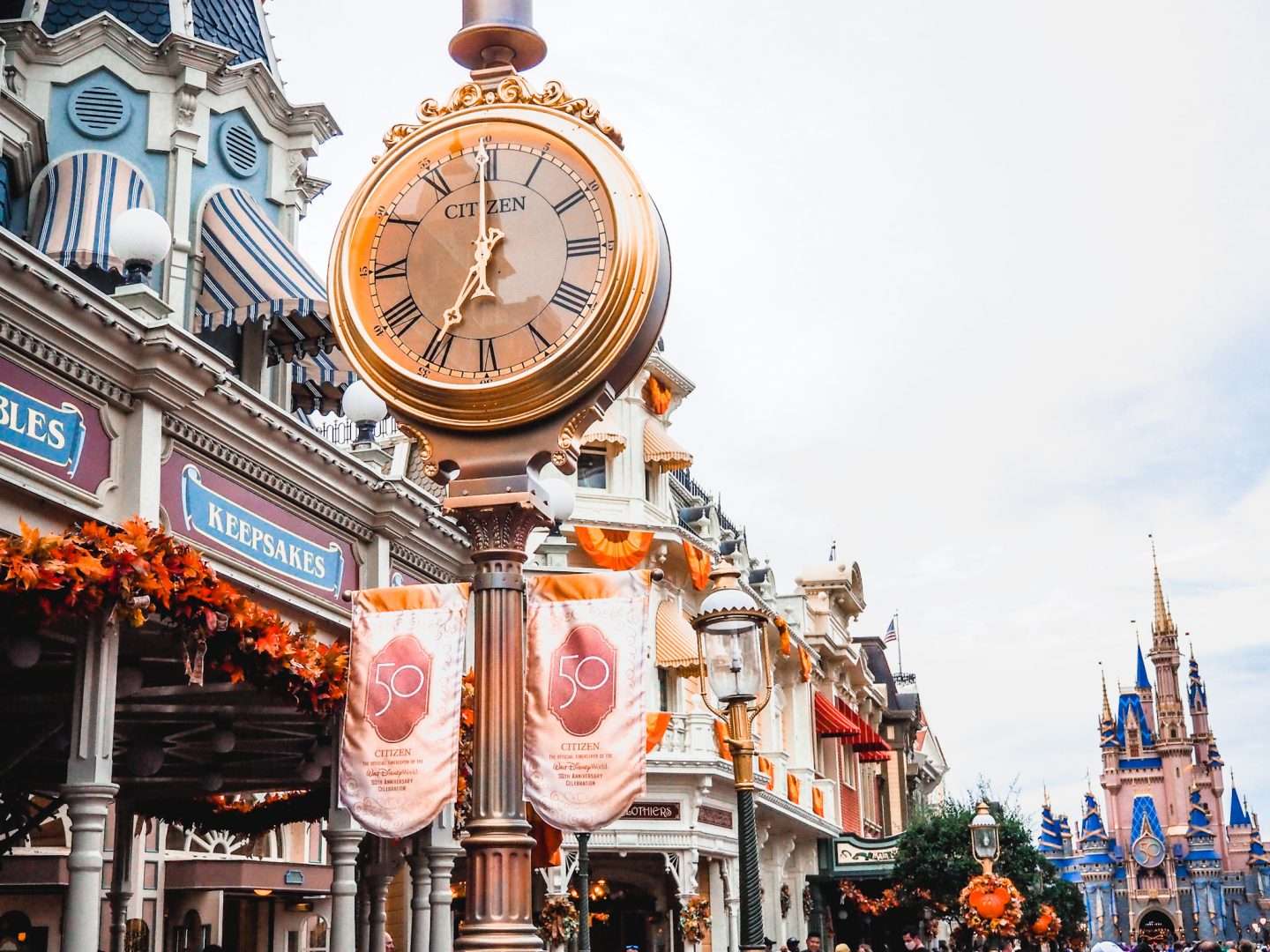 The World’s Most Magical Celebration runs for 18 months (October 2021 through March 2023). For the World’s Most Magical Celebration, each of Disney’s four theme parks gets a little more sparkle, lights, and glitter. With each Park Icon becoming a Beacon of Magic. As a result the park monuments we know and love light up with new projection lighting each evening. Beason’s of Magic typically begins a little earlier than nightfall, around 6:30 pm, and runs on a loop throughout the evening. 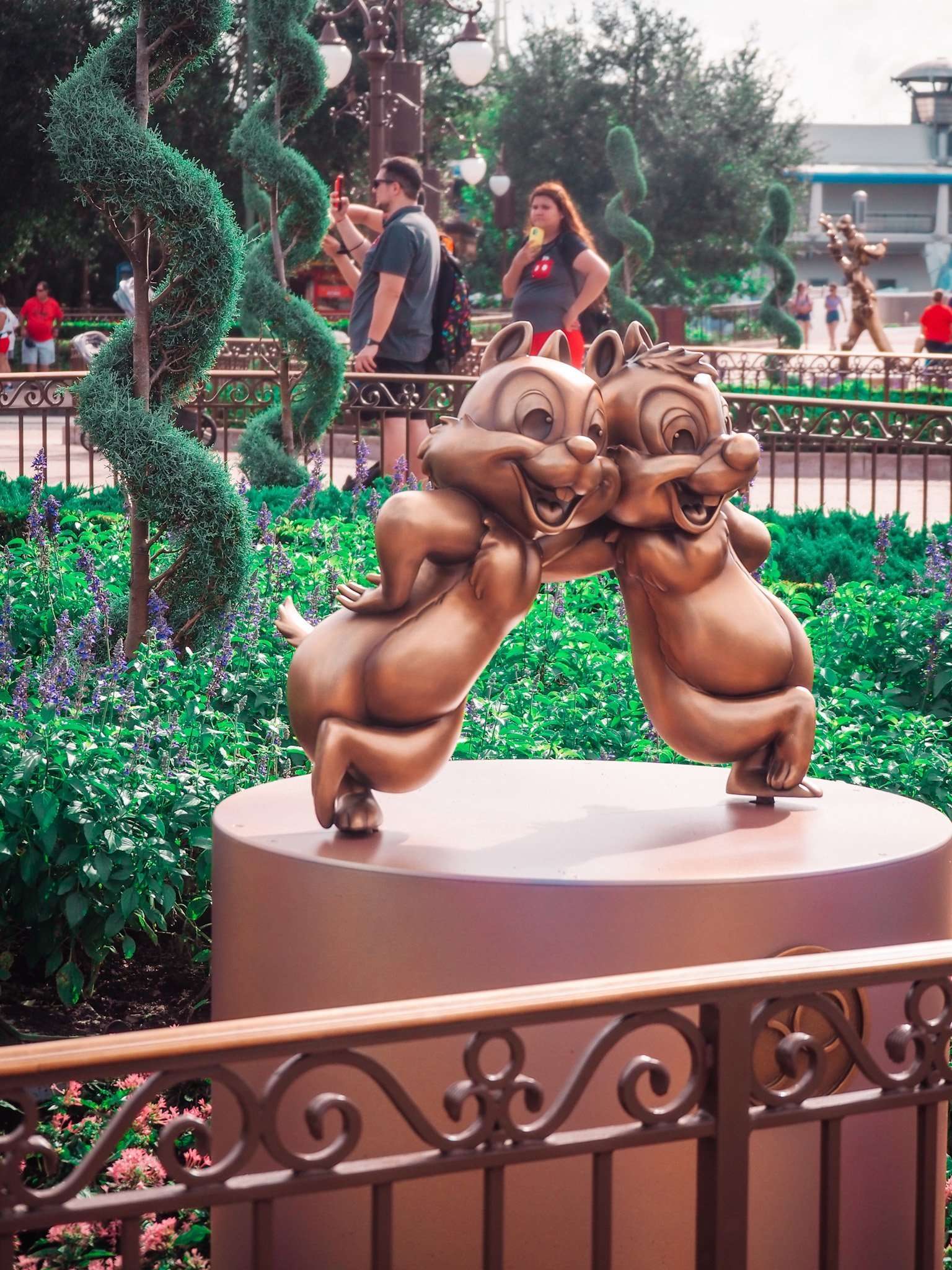 “Throughout this incredible, 18-month event discovers classic favorites and exciting adventures across The Most Magical Place on Earth.”

The first focus of Disney’s Most Magical Celebration is Worlds of Magic. Creating whole new worlds across the parks to immerse guests into the Disney stories we know and love. Star Wars Galaxy’s Edge, Toy Story Land, Pandora, Moana’s Journey of Water, and Marvel ( in the form of Guardians of the Galaxy Cosmic Rewind rollercoaster) are all part of the new spaces created for the 50th Anniversary.

“Step into a celebratory scene with dazzling decorations, new looks for Mickey and Minnie, and magical touches at all four Theme Parks and beyond.”

In line with the iridescent unicorn colors of purple, blue, pink, silver, and gold Mickey and Minnie are decked to the nines! You can be sure to see merchandise and snacks with this color scheme across the parks and shopDisney.com. Including the new Creations Shop in EPCOT and the Disney Vault in the Main Street Cinema Building in Magic Kingdom.

Heart of the Celebration

“Our Cast will be making boundless magic across Walt Disney World Resort, ready to create unforgettable memories that last a lifetime.”

A much-deserved nod to the cast members who have gotten caught up in the crazy of the pandemic, and no doubt have to deal with last-minute changes, crazy guests, and safety issues, this focus on honoring the cast is fantastic! A little more creativity and magical moments are going to be back in full force at the park. We’ve already begun to see special moments created by staff throughout the parks! So get ready for the extra magic! 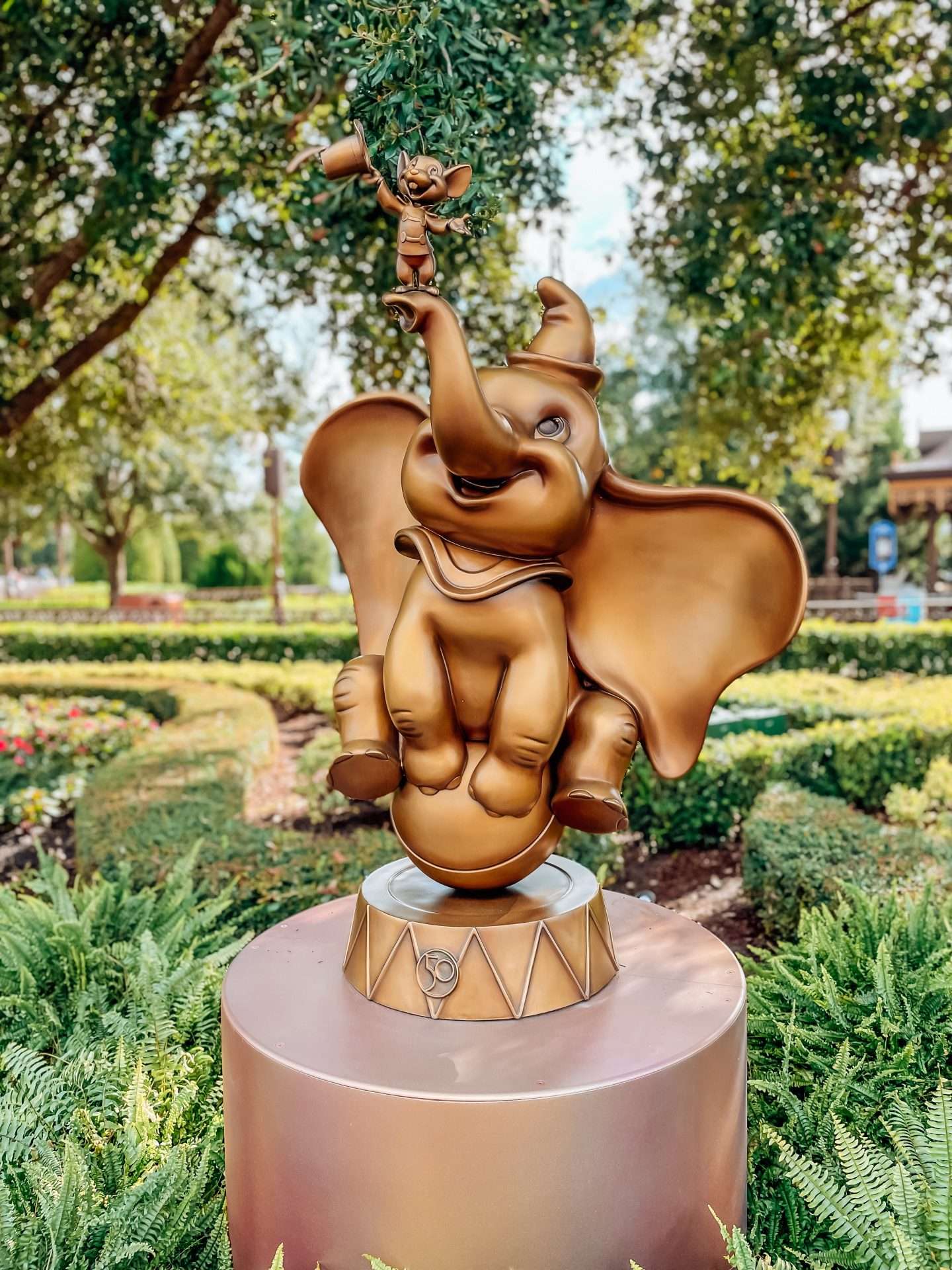 The Fab 8 Disney Characters in Costume

As part of the celebration, eight classic Disney characters will get brand new anniversary costumes. Minnie, Mickey, Donald Duck, and Daisy Duck, Goofy and Pluto, and Chip ‘n’ Dale will be seen across the parks throughout the celebration.

New Disney Park Maps for the 50th Anniversary have arrived at Walt Disney World and include all the colors of the 50th Anniversary, new icons, and even the new EPCOT neighborhoods are represented. Truly little works of art, these are collectible maps, and if visiting, be sure to pick them up. Check out the new maps for each park.

As part of the 50th Anniversary Celebration, Mickey and friends, dressed in their anniversary best are aboard a 50th-anniversary float decorated to the nines! You can see the Fab 8 Characters that will be seen across the parks, which include Mickey, Minnie, Goofy, Pluto, Donald, Daisy, Chip, and Dale. Check out all the new ways to see Disney Characters at Walt Disney World.

Will Walt Disney World do anything special for the 50th Anniversary?

Yes! ALL FOUR THEME PARKS are getting updates! We share everything that’s on the way in each Disney Park as part of the 50 magical enhancements by the 50th below. Disney will also release special edition buttons, pins, merchandise, snacks, and more. Check out all the Changes Coming to EPCOT!

Will Cinderella’s Castle Change for the Disney World 50th Anniversary?

YES! You can now see Cinderella’s Castle in all its Rose Gold glory! Complete with buntings, a 50th medallion, sparkles, and golden accents honoring the “Golden Anniversary” of 50 years. 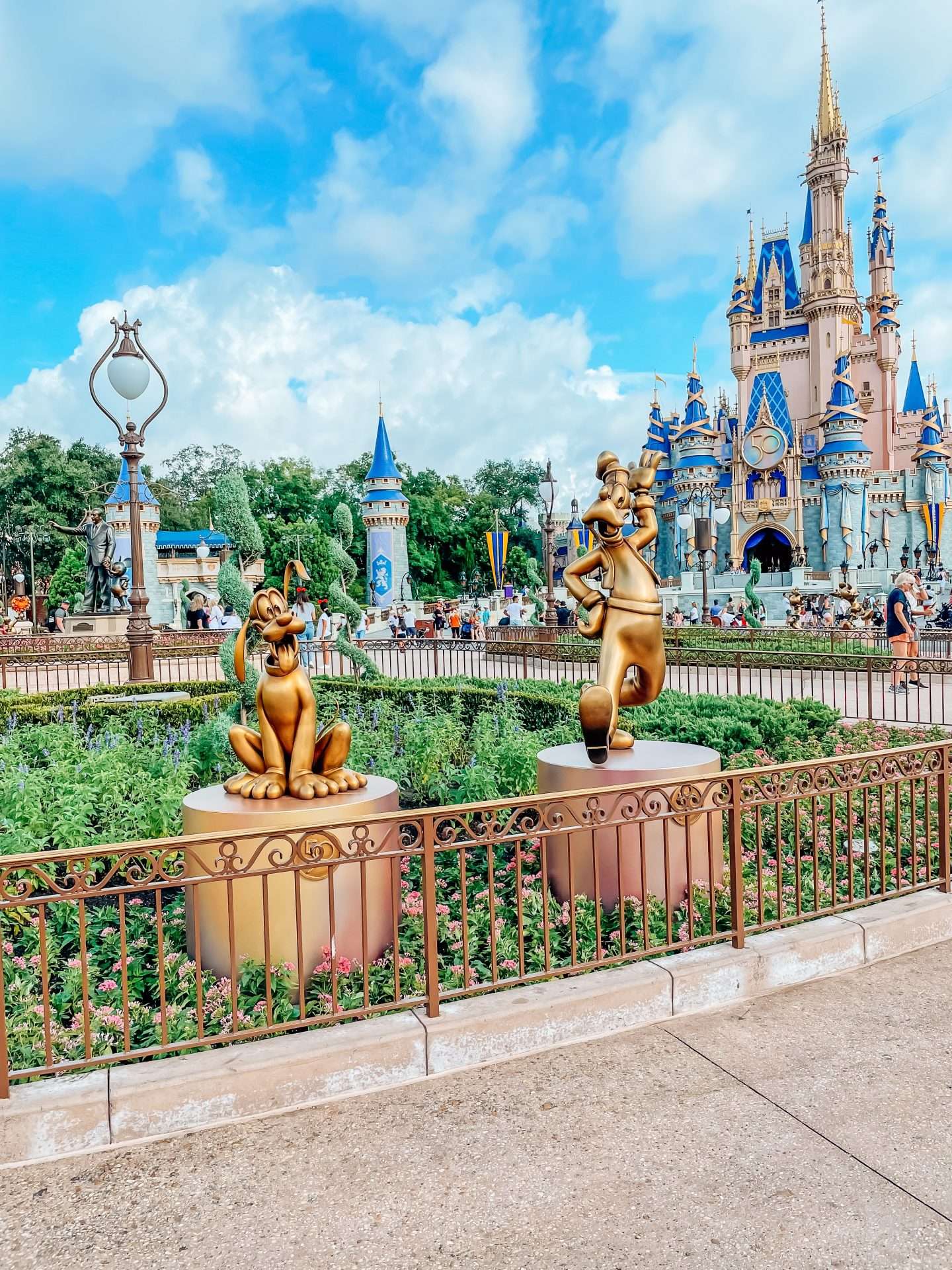 “Cinderella Castle illuminates the park with a dazzling glow that sparkles with pixie dust.”

Magic Kingdom is getting an upgrade! With Cinderella’s Castle already standing tall in all her rose gold glory, we’re also being promised sparkle digital projections on the castle, complete with pixie dust! Add this magic to the other improvements happening in Magic Kingdom and it will feel like a whole new world.

Other improvements to Magic Kingdom Park for the 50th Anniversary include the following. 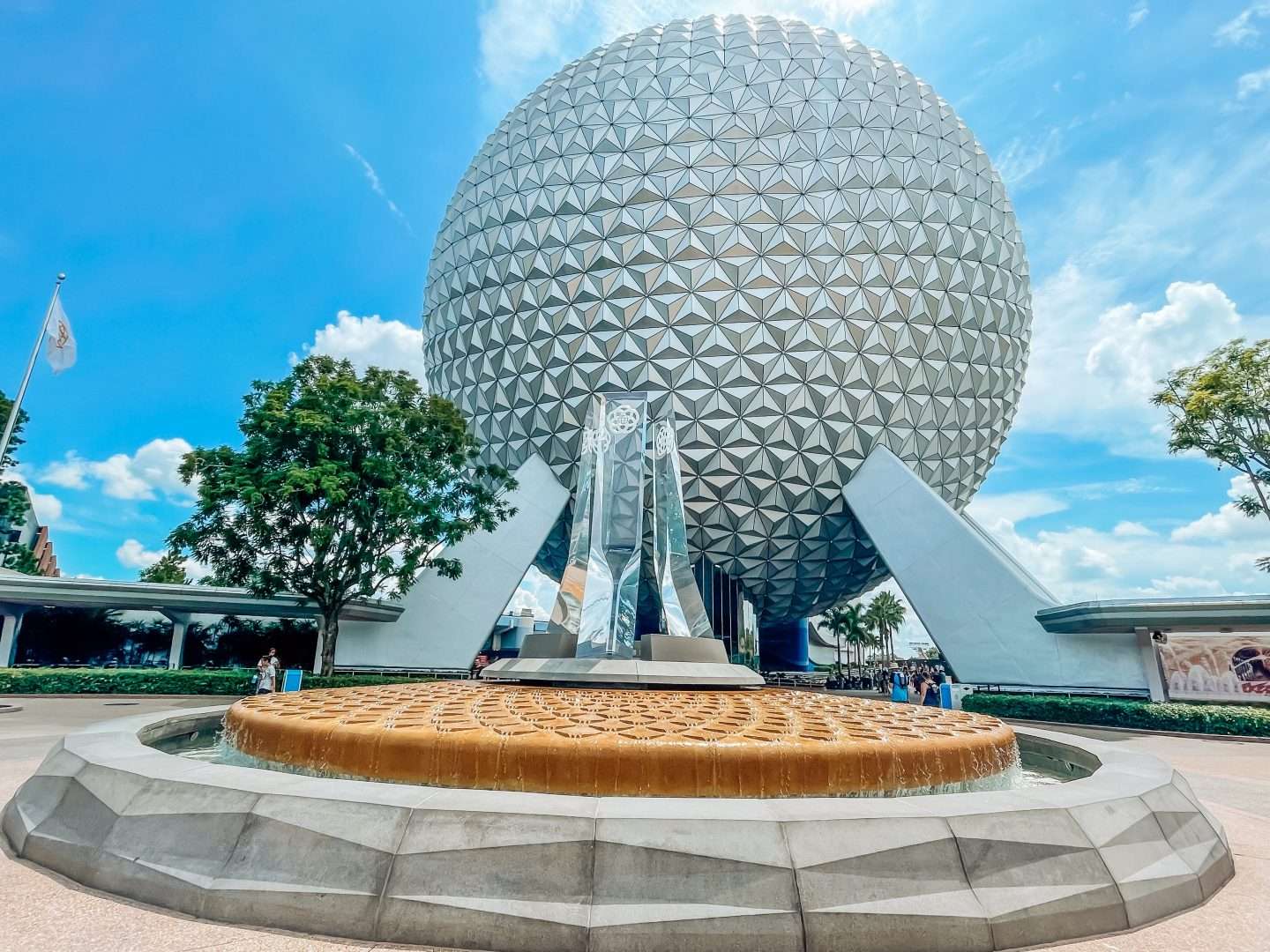 “Lights shine from within Spaceship Earth’s reflective panels as stardust emerges to symbolize beacons of possibility and optimism.”

EPCOT has been under construction forever! On the fast track to becoming even more grand and miraculous by its own anniversary in 2022, EPCOT recently got updated with a new Epcot Leave a Legacy Wall and new glass pylons at the front entrance. The 50th Anniversary at EPCOT promises to be celebrated with even more light, sparkles, and magic! Now separated into 4 new neighborhoods reflected on the 50th Anniversary Map, EPCOT consists of World Celebration, World Nature, World Discovery, and World Showcase.

Other improvements to EPCOT Park for the 50th Anniversary include the following. 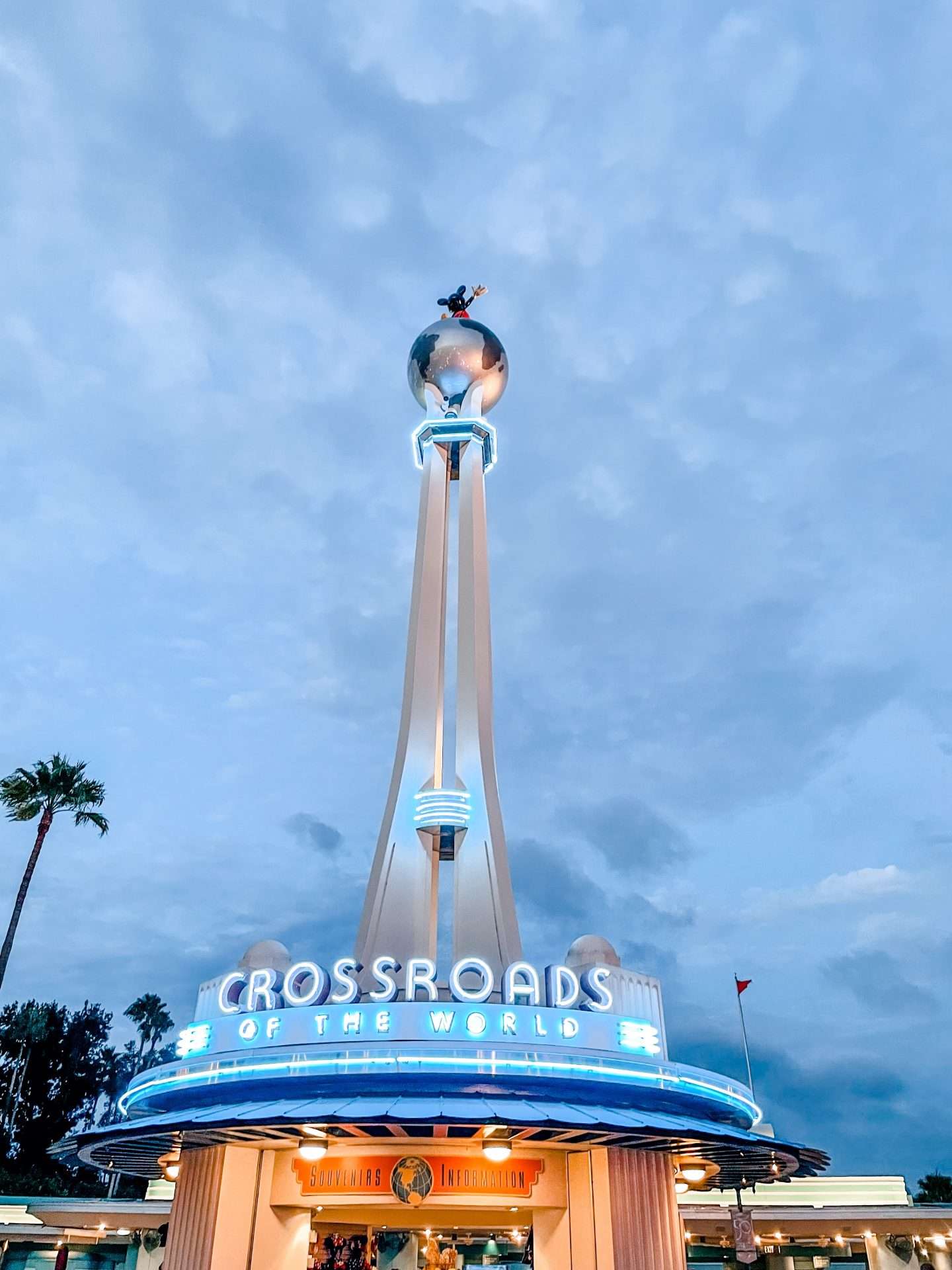 “The iconic Hollywood Tower Hotel glitters with EARidescence, evoking the glimmer and shimmer of the golden age of imagination and adventure.”

Promising amazing digital shows on the Tower of Terror, complete with sparkles and more magic, we can’t wait to see how this show transforms from day to night. Hollywood Studios may be covered in all things Star Wars but Toy Story Land still has some things in the works.

Other improvements to Hollywood Studios Park for the 50th Anniversary include the following. 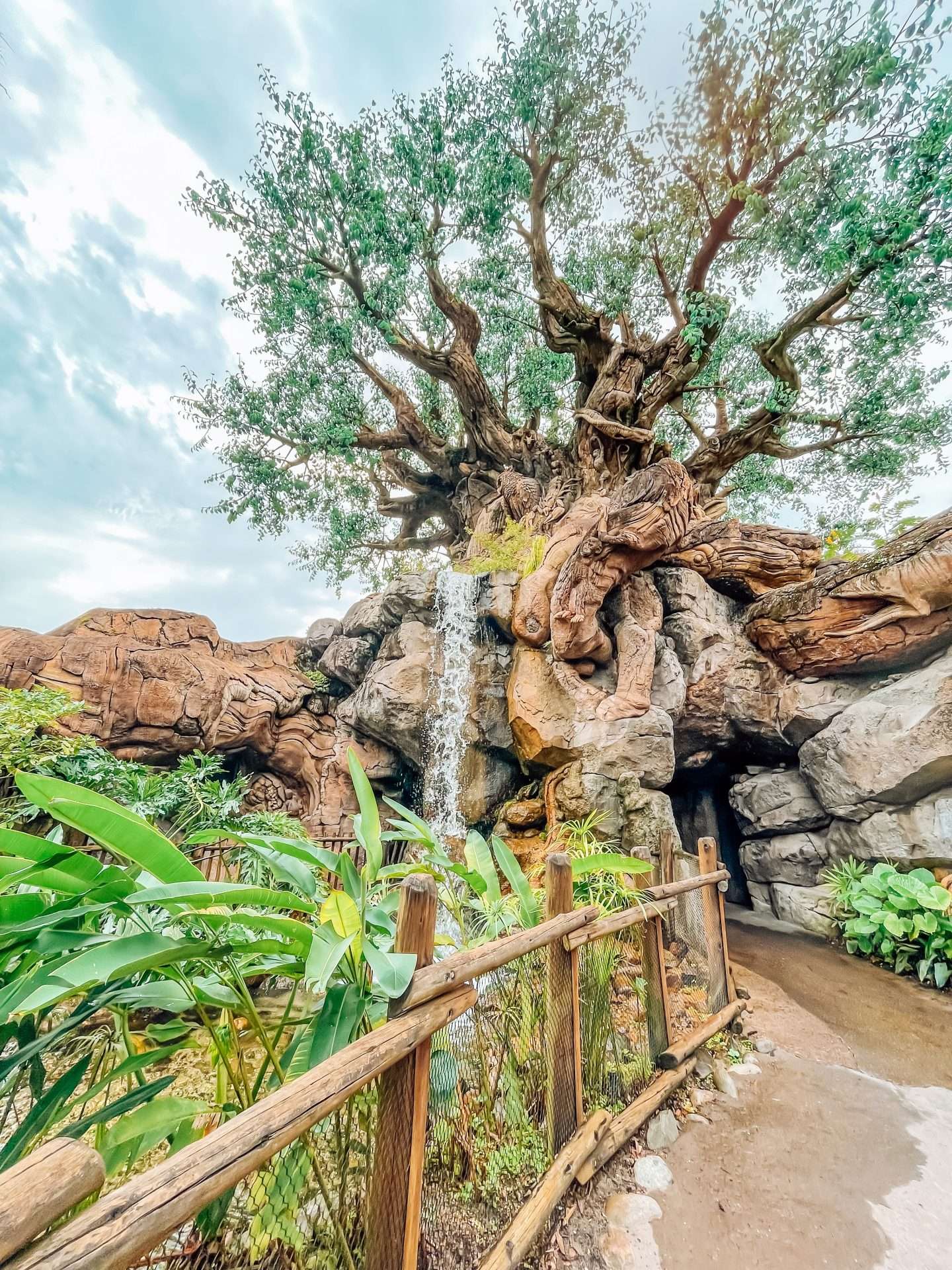 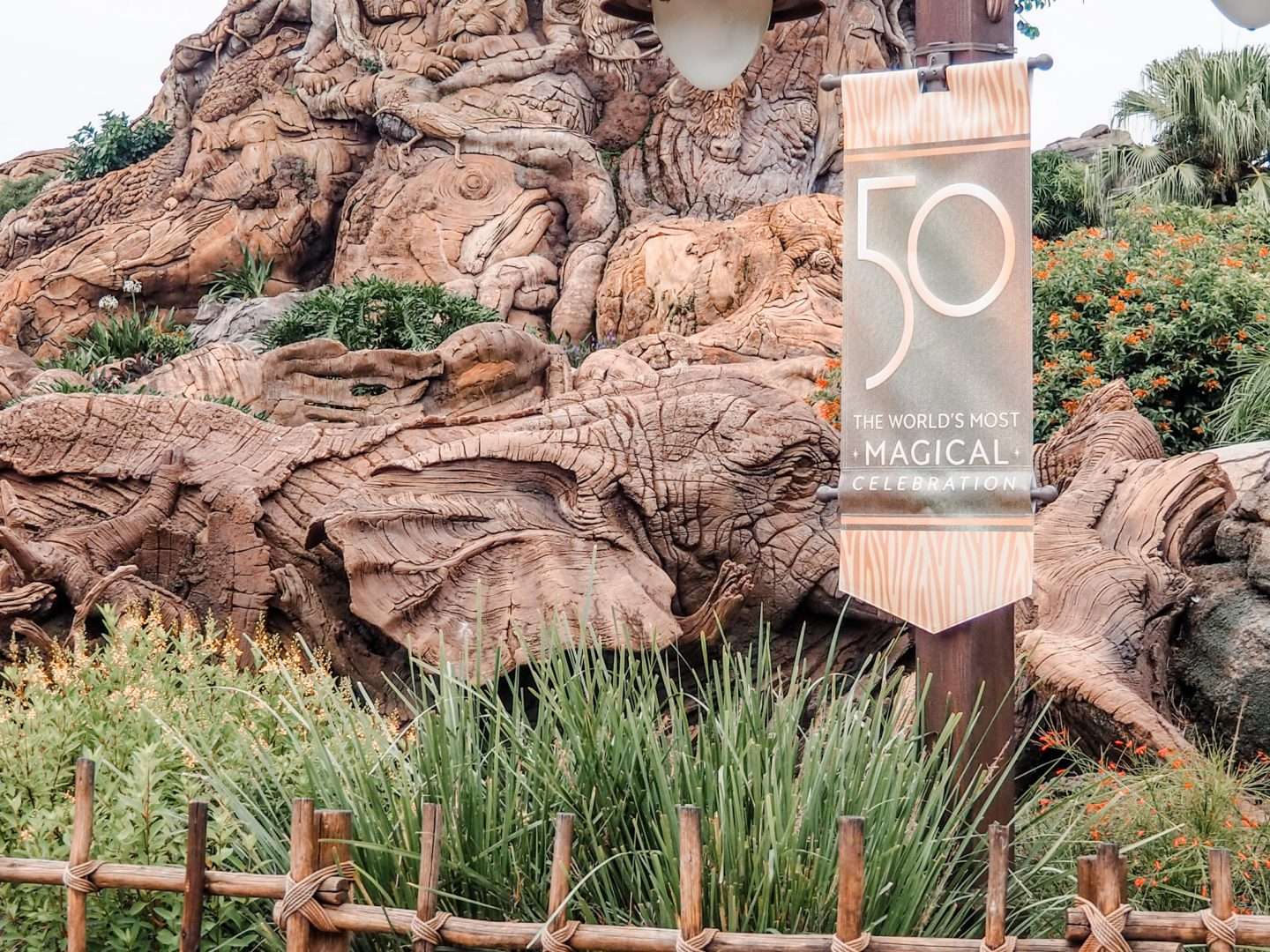 “A warm and glorious light emanates from the Tree of Life, as enchanted fireflies gather to call forth the magic of nature.”

The Tree of Life will be on full display in all of its warm glow glory, complete with firefly lights. From little doses of magic like this to other spectacular scenes through the park, Animal Kingdom will be showing us some natural magic courtesy of all things in nature.

Other improvements to Animal Kingdom Park for the 50th Anniversary include the following. 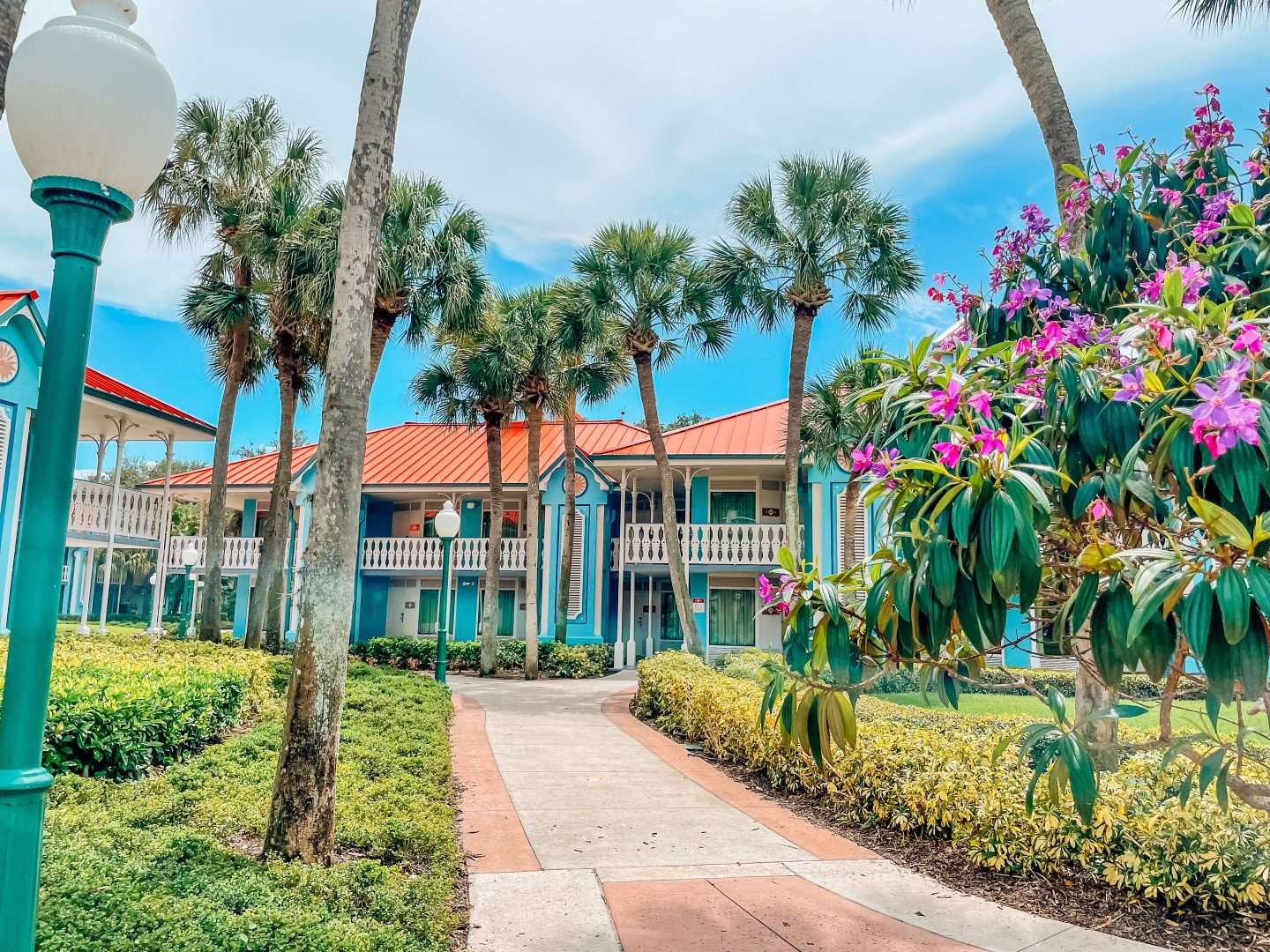 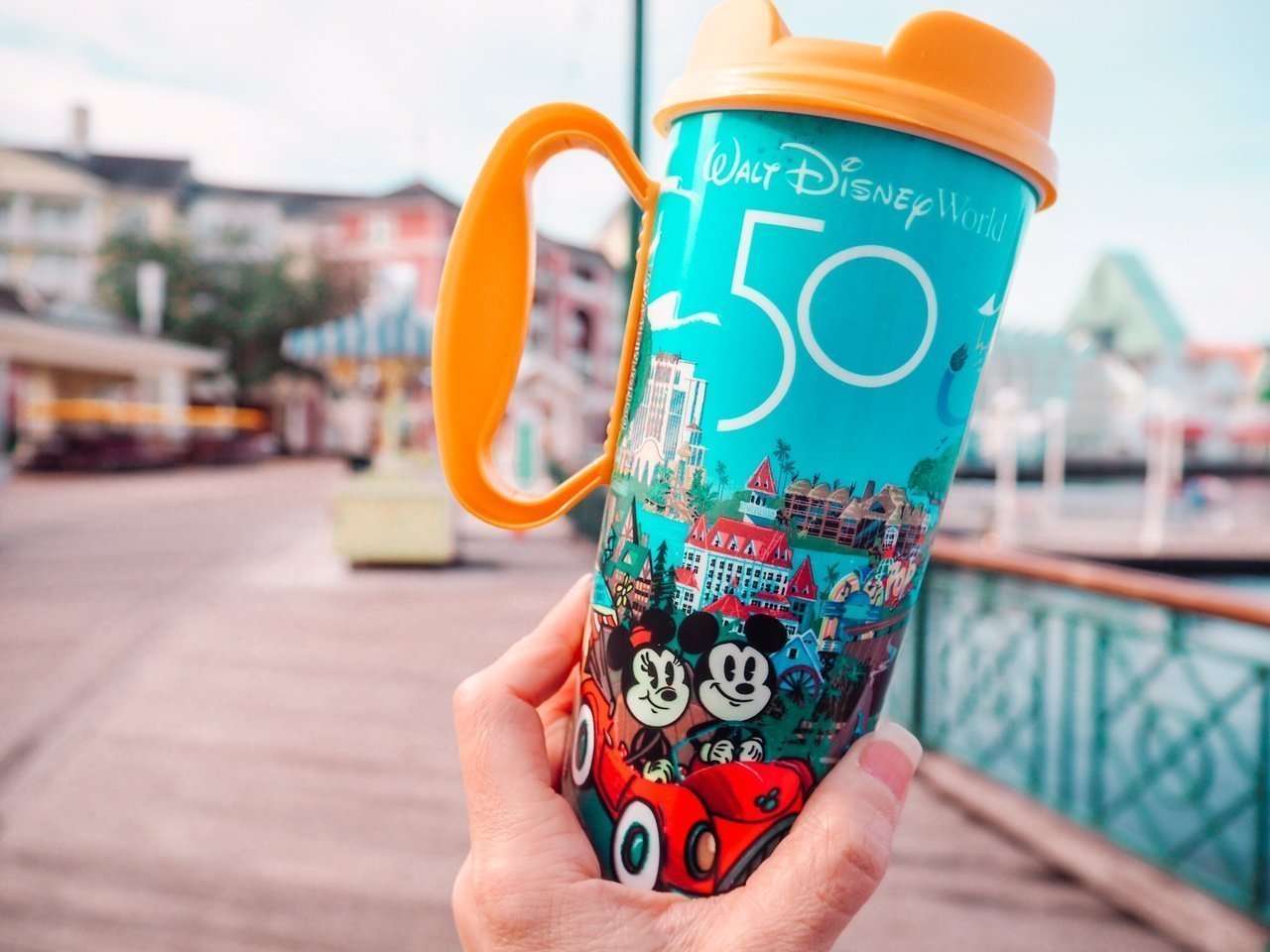 In addition to being able to see the Magic Kingdom Fireworks show from the balcony of Disney’s Contemporary Resort California Grill Restaurant, you can also book a special evening of flavors and fun! Check out the 50th anniversary California Grill Menu. Available for a limited time, this special experience offers a throwback to the original 1971 menu when the resort and restaurant opened. This experience costs $89 per adult and $39 per child and reservations are required. Check out all the details for California Grill’s 50th Anniversary Dining Experience.

Replacing The Wave, this restaurant is inspired by the ’70s with streamlined modern contemporary decor, and hints of Florida, Orange Bird, and fine lines. Serving up steakhouse specialties with kids and plant-based options too. Check out everything you need to know about Disney’s Steakhouse 71. 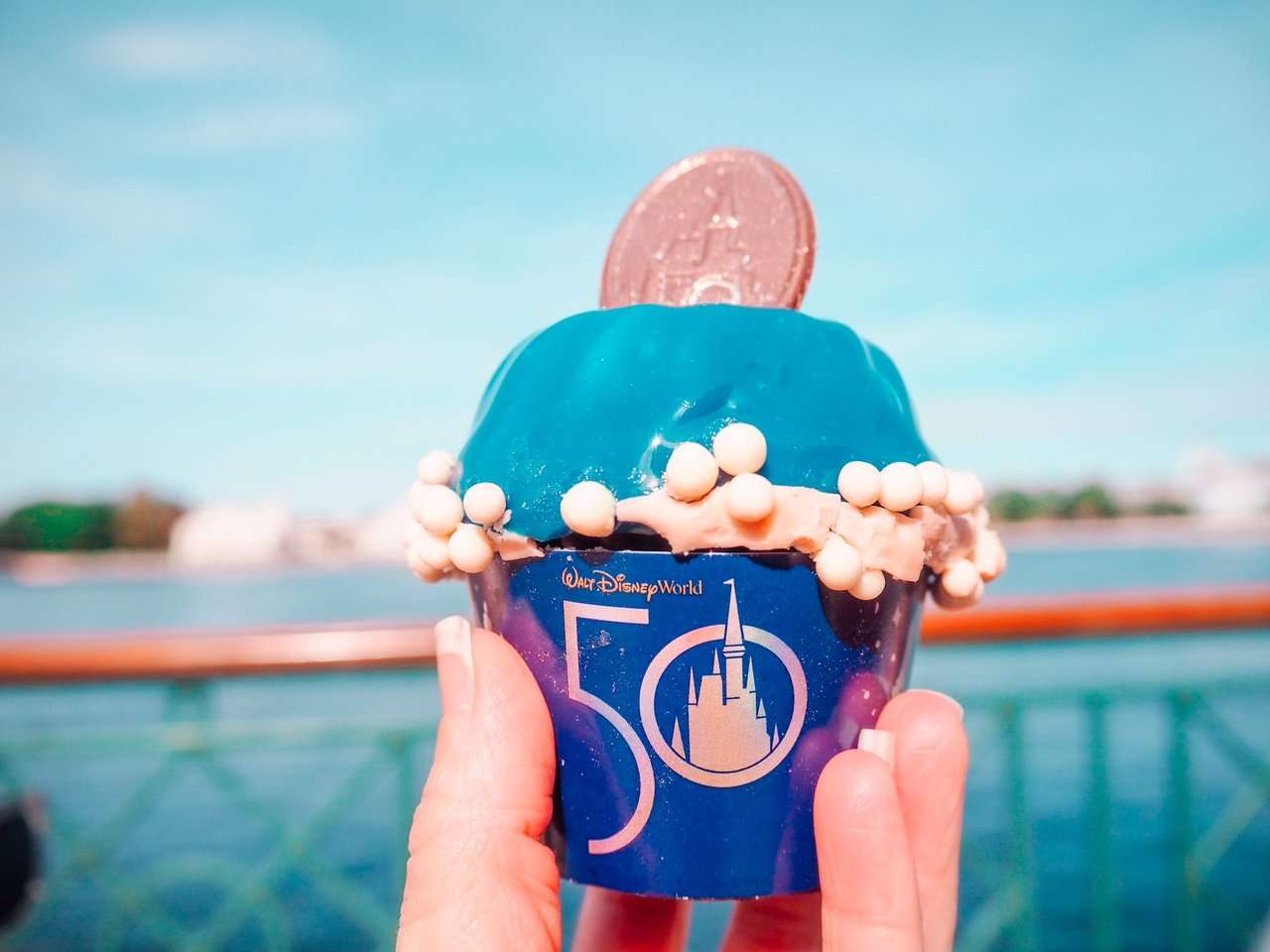 Walt Disney World is releasing 150 NEW SNACKS for the 50th Anniversary of Walt Disney World. With 18 months of celebrations, there are sure to be tons of savory and sweet treats on the way! Be sure to check out all the fun flavors and glittery treats! You can find them at all four parks, resorts, water parks, and Disney Springs. Check out the list of Disney 50th Anniversary Snacks.

When Walt Disney World opened on October 1, 1971, it was no small task. If you’ve ever watched the Pre-Opening Report from Disneyland Documentary on Disney Plus you know just the amount of work needed to create a theme park. But imagine Walt Disney World, which is 51 times ( at 43 square miles of land) the size of Disneyland ( at only 500 acres), lasting and thriving for 50 years. How exciting that somehow The Most Magical Place on Earth has withstood the test of time and is still here for us to enjoy! And the park is still growing, learning, and changing. Walt Disney would be so proud.

Walt Disney World has a NEW Logo filled with sparkles alongside strong purple, blue and pink hues. No doubt honoring some of the more recent color trends at Disney. Imagination pink, Purple Potion, and Unicorn colors have been merchandise darlings this past year. All clearly represented in the new mood board for the 50th Anniversary Celebration.

What is The World’s Most Magical Celebration at Disney World?

How Long will the Walt Disney World 50th Anniversary Last? 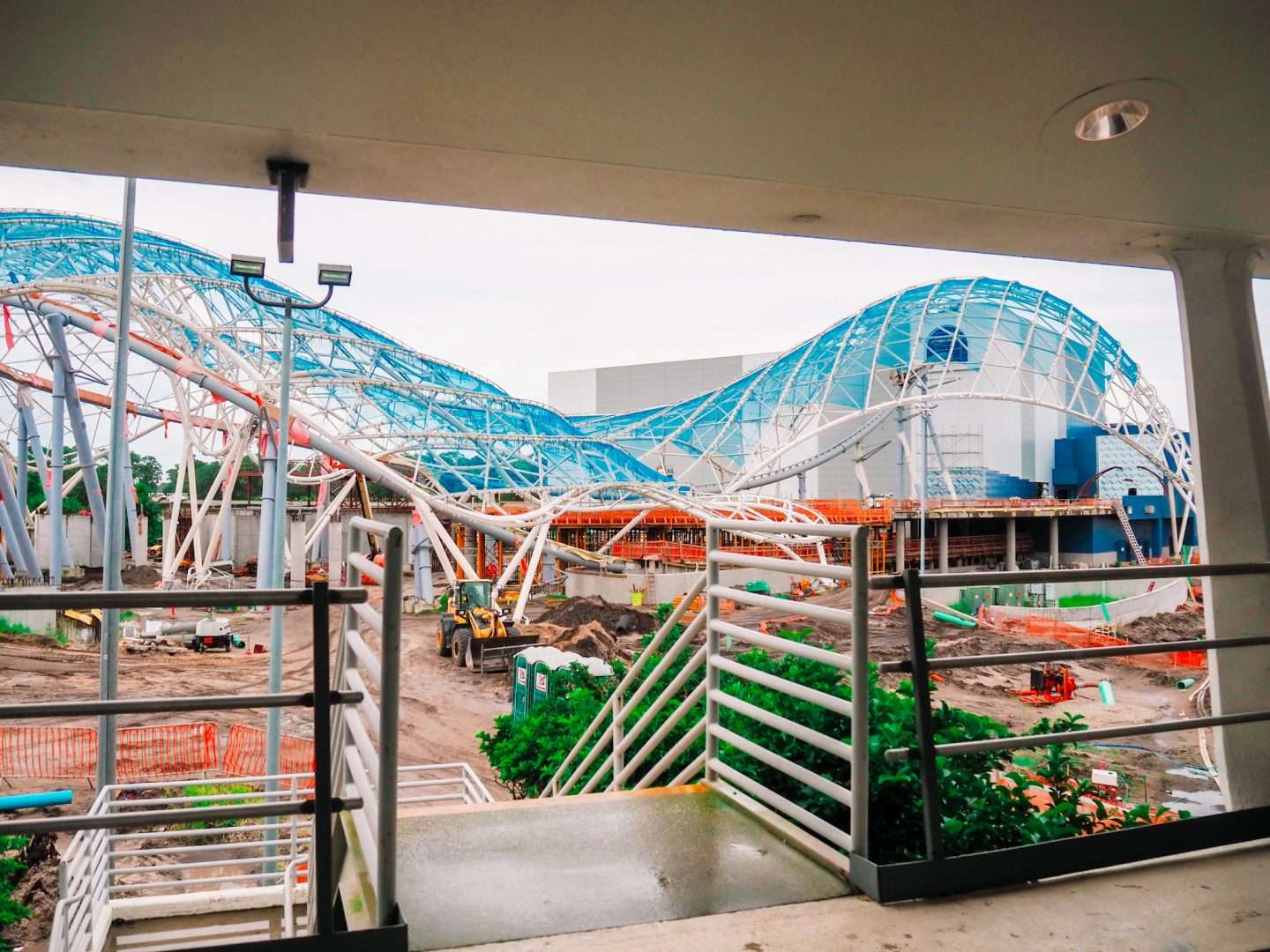 What Changes Have Been Made at Walt Disney World for the 50th Anniversary?

Will the Disney Park Pass Reservations still be Required for the 50th Anniversary?

Yes. Disney Park Pass reservations have been rumored to be a new component of Disney Vacation Planning through 2023.

Along with all the changes in entertainment, rides, restaurants, and services, we also get a new Logo and an Event Name. “The World’s Most Magical Celebration,” will be complete with 50th Anniversary Disney Snacks, Merchandise, and temporary events across the parks. 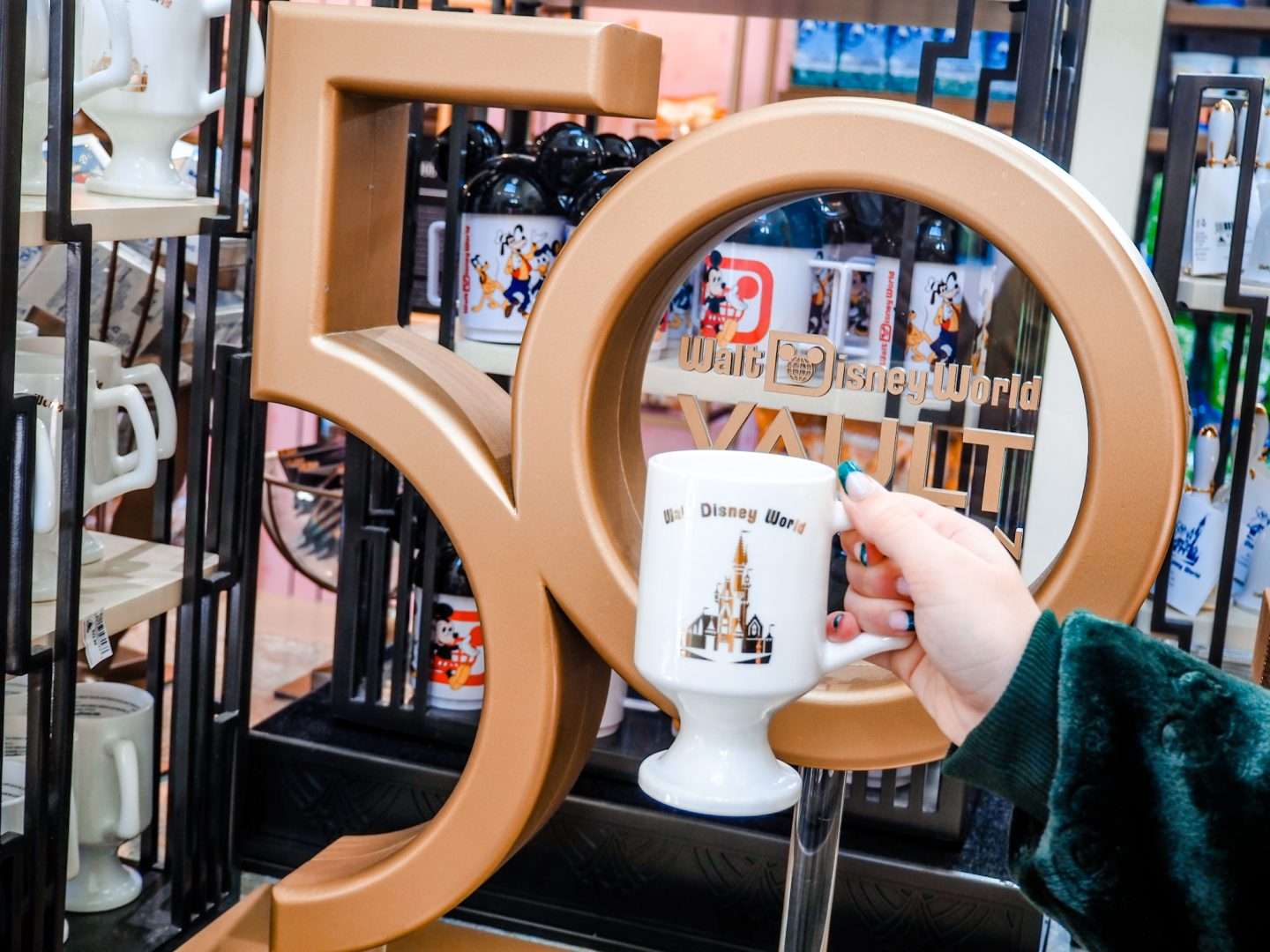 Following the historical crowd levels for Walt Disney World anniversaries we’d say your best bet is to Plan a 2022 Disney Vacation after the initial crowds have lessened sometime in 2022. If you’re looking for the Best Time to Visit Walt Disney World during the 50th Anniversary celebrations here are our recommendations.

Any of these times in 2022 would probably be the best times to visit. 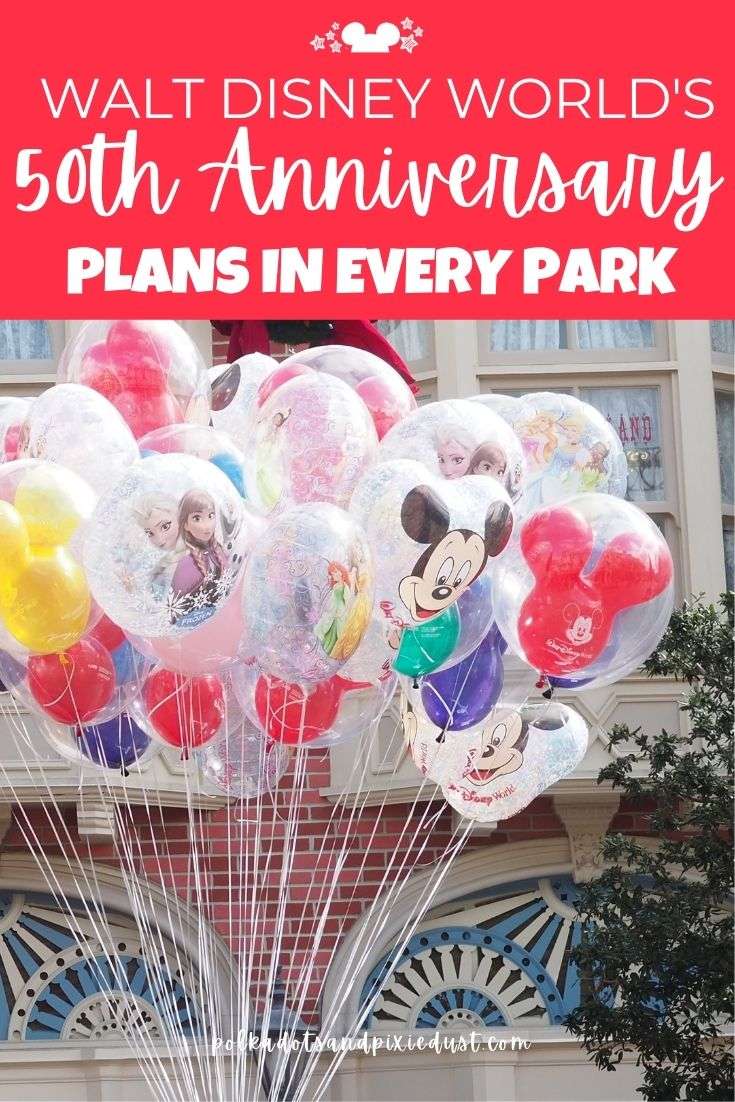