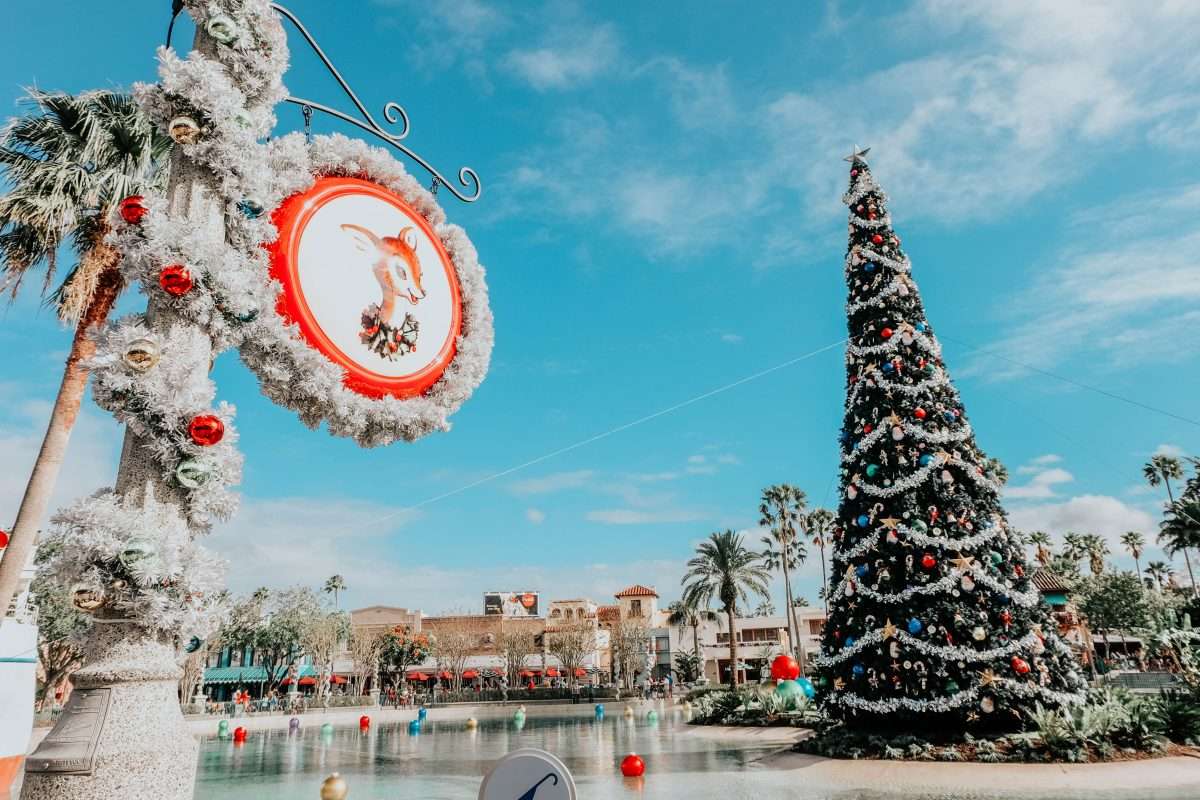 With a slew of holiday activities at Walt Disney World; including Epcot’s Festival of Holidays, Disney’s Merriest After Hours Party, and all the 50th Anniversary Celebrations, crowds will be at all-time highs. Go prepared! Here are our favorite Walt Disney World Crowd Strategies for the busiest times of the year.

Head to the Parks Early and Stay Late

And by early, we mean to be at the park gates really early. Think 7 AM. Check the Walt Disney World Parks Calendar for opening times. If you’re staying at a Walt Disney World Resort you have access to Early Morning Magic Hours, which allow you access to the parks 30 minutes before other guests! Throughout the holiday season at Walt Disney World hours vary, but crowds tend to die down after 10 PM. Check the park hours and plan to stay late if you can, just grab another cup of coffee and keep going.

Invest in a Disney After Hours Party Ticket

As Disney After Hours events can range between 129-199 dollars a ticket, this Crowd Avoidance Strategy may not be for everyone. BUT, hear us out! You can skip the busy parks during the day and head to Disney Springs, do the Disney Resorts Christmas Decorations Crawl, or take some much-needed resort downtime. Plus your time during an After Hours Party at Walt Disney World usually starts at about 7 pm and gives you about 3-4 hours of low wait times, hardly any crowds and the chance to experience the parks like never before. For the holidays you can grab tickets to Disney’s Very Merriest After Hours Party. This Disney After Hours Event offers limited tickets on select nights and is a great way to enjoy Magic Kingdom without the crowds.

Know Where to Expect Crowds

Typically all the Walt Disney World Parks are busy during the holidays. But it does make a difference if you know the Best Days to Visit Each Park, which will naturally put you in the parks with lower crowds on certain days. That said there are also typically crowded times that you can avoid. In EPCOT, Epcot’s International Festival of Holidays runs between November 26- December 30th, 2021 and will be busiest from Thursday- Sunday. Avoid evenings and the weekend to make the most of this event. Magic Kingdom is the busiest park during the holidays, but the early morning before 10 am, and evenings after 7 pm are best. Avoid Mondays in Magic kingdom, as this is when everyone starts their vacations and is always extra crowded on Mondays. While Hollywood Studios doesn’t have specific holiday events that cause crowds, you will find the most crowds at Galaxy’s Edge and the Slinky Dog Roller Coaster throughout the day. Animal Kingdom’s Holiday happenings are more subdued and thankfully as the largest park at Walt Disney World won’t show crowds as much as the other parks. Crowds here tend to gather in Pandora due to the Flight of Passage ride, but most other areas here are safe.

We can’t tell you how many times we hear that the Disney buses are “supposed” to show up every 20 minutes no matter what. In reality, Disney transportation is complimentary and not set to timelines. During the holidays you can wait for an hour or more for a bus when the parks are busy, so build in this time. Thankfully, Walt Disney World has several transportation options to get you where you’re going. They include the monorails to and from Magic Kingdom, the TTC Parking Lot, and Epcot. The Skyliner Gondolas to Epcot and Hollywood Studios from select resorts, and buses to and from Animal Kingdom. You can also catch a ride on ferry boats to select resorts. While all transportation options will be busy and have waits remember you can always call an Uber, Lyft Minnie Van, or a good old-fashioned taxi. Disney Transportation is complimentary and as a result, runs when it can run to the best of its ability but is by no means obligated to get you anywhere based on your schedule.

Sure you’re at Disney to enjoy the parks but you also just want to enjoy your vacation. If you can’t handle the crowds, use the heavily crowded afternoons to take a break from the parks. Head to Wilderness Lodge by boat for some much-needed downtime and hot cocoa. Or bus over to Animal Kingdom Lodge and take part in the holiday activities and crafts they offer all day long in the lobby. Check out the Holiday Decorations at all the Disney Resorts or the Christmas Tree Stroll at Disney Springs. There is no shortage of fun, free, things to do at Walt Disney World during the holidays.

Use All the Disney Pro Tricks

Christmas Crowds at Walt Disney World don’t have to ruin your vacation! Know when to go, and which parks to avoid on certain days. Get the important planning out of the way ahead of time, and you should be good to go! 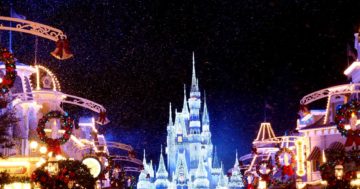 How to Handle Holiday Crowds at Walt Disney World

If you’re traveling to Walt Disney World during the holidays, there is one thing you need to know. It is crowded. And by crowded, we mean really crowded. So how can you still have the most wonderful time of year at the most magical place […]

5 Tips for the Holiday Crowds at Disney

Holiday Crowds at Disney are pretty bad. If you’re traveling during Halloween,Thanksgiving or Christmas get ready for crowds and no room on the bus. Here’s 5 tips to get you through it.