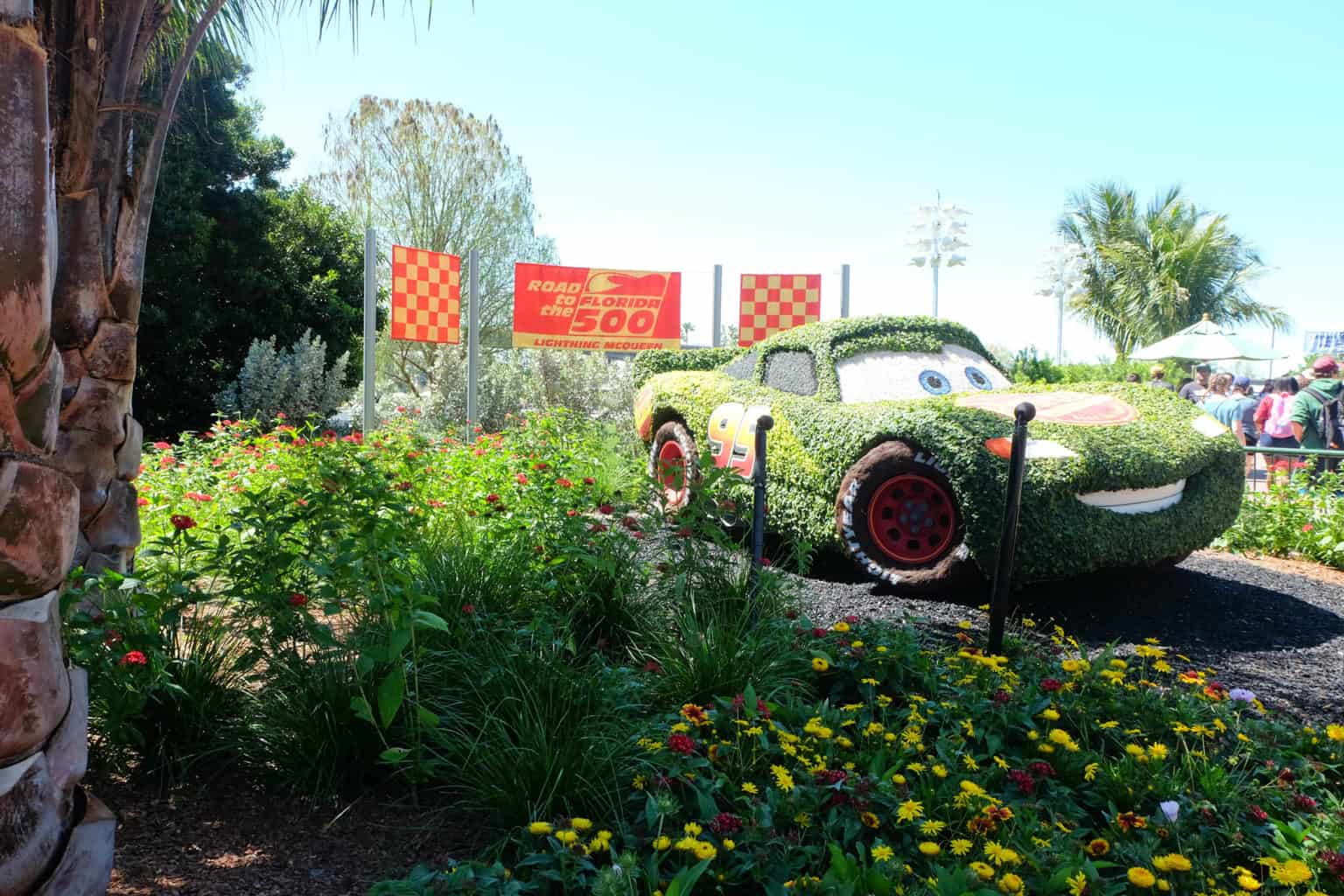 Festivals and Parties at Walt Disney World are like icing on a three-layer cake. The Disney parks are already pretty amazing no matter when you go but throw in a Disney Festival or Party and you will have a reason to return every year to reclaim the magic. While not everyone goes to Disney World if you’re looking for more reasons to visit, or just want to add a little bit more fun to your year here are all the festivals and parties happening throughout the year.

For some, the festivals and events at EPCOT Walt Disney World could be a double-edged sword. Yes, you get the extra fun but you may also get the extra crowds, long lines at security, and spend more money than planned. And with four annual festivals a year, scheduled back to back EPCOT is rarely not crowded! Plus, it’s a favorite park for local Disney Annual Passholders and Disney Adults visiting Walt Disney World.

Unlike EPCOT festivals, the special events at Magic Kingdom are typically NOT included in your park ticket. This includes not only annual parties, but Disney After Hours events, and Dessert Parties too. If you’re looking for something extra special and willing to spend the extra money on a party ticket- which is above and beyond your regular park day ticket, then you’re in for a treat! Here’s what we love, and a few things we don’t, about the festivals and events that happen every year at Walt Disney World. Maybe one of these will fit the kind of vacation you’re looking for. 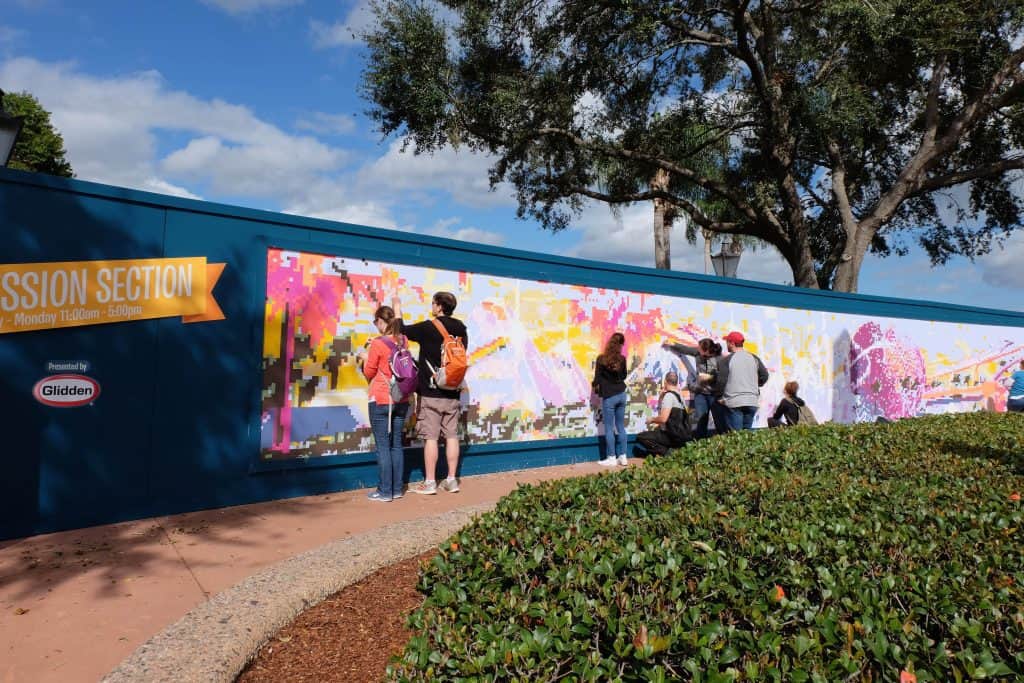 We’ve added major holidays and plans we already know in our Disney World 2022 Calendar, but we’re going to dig a little deeper into these festivals and parties that happen every year. In the hopes that as you choose your best time to visit Disney World you’ll get the extra fun, no matter which month you visit!

In the winter months since Disney needed people in the parks, the Epcot International Festival of the Arts debuted in 2017 to great acclaim. Similar to the extremely popular EPCOT Food and Wine Festival, the Festival of the Arts showcases three kinds of art; Culinary, Performance, and Fine Art. Styles seen are diverse and eclectic and a great opportunity to see emerging artists, chefs, and performers. Which Festival at EPCOT features the Disney Broadway Series? Festival of the Arts. As one of the many Disney Educational Activities educational elements in Walt Disney World, this festival, in particular, makes a great Disney Homeschool Lesson if you’re bringing the kids.

When is the best time to Visit Walt Disney World in the Winter?

Considered Adventure Season, your best dates to book a Disney Vacation in the Winter are Dec 1- 14 and Jan 1- 31. These times usually see lower crowds and cheaper Disney Resort prices.

When is the best time to visit the Festival of the Arts at EPCOT?

The entire festival time is usually great. From the 4th week in January through the 2nd week in February, you can find lower crowds in general, especially during weekdays, and lower prices at the resorts.

The third runDisney race of the year typically happens the last week in March. This runDisney marathon is known as the Springtime Surprise and is promised to change the themes each year. Previously slated for Star Wars fans, this run now encompasses a variety of themes and is sure to draw more people to the parks than usual.

If you’re heading down to Walt Disney World for Spring Break in Florida you may want to rethink the crowds. But, on the other hand, nothing beats seeing the Flower and Garden Festival! What we love about Flower and Garden festival is that its super low-key! Let’s face it, you got plants and flowers all over the place, everything is beautiful and they even throw in amazing Flower and Garden Food to sweeten the deal.

Stop by the gift shops at the front of the World Showcase to grab the instructions/ map and make your way around the world. Flower and Garden is one of the longest-running traditional Epcot festivals and the horticulturalists take on a huge task keeping everything looking amazing and fresh through the almost three-month run.

We also love that it’s super easy to do Flower and Garden with Kids! While Epcot’s other more notable festival, Food, and Wine, can sometimes be challenging with little ones or strollers Flower and Garden is the opposite. There’s no racing to the next beer cart or stumbling into the Rose and Crown here. Everything at this festival is leisurely, it truly feels like you’re on vacation, and it’s a great time to be at Walt Disney World before the summer heat hits.

When is the best time to Visit Walt Disney World in the Spring?

If you’re looking for the best time to visit Walt Disney World in the Spring your options are limited! Spring is very busy due to Spring Break, and school vacations. Dream Season happens May 1- Jun 10 and has average crowds and average prices across the board. If you’re considering mid-March to April you’ll be battling for space with spring breakers, high school bands, and national competitions.

When is the best time to visit the Flower and Garden Festival at EPCOT?

The best time to visit the Flower and Garden Festival at Walt Disney World’s EPCOT is the 4th week in April to the 3rd week in May. This is considered “off-peak” and you deal with average crowds and average prices.

We’ll be honest the only time we ever visited Walt Disney World during the summer was for the Toy Story Land opening. Mainly because we had it on good authority from a native Floridian who pretty much said, “Disney in the Summer? Are you kidding? We don’t go outside in the summer!” If you do like heat and humidity in the high 90’s with a heat index of over 100, then more power to you. EPCOT does have a Summer Concert Series to lure you into the parks which run every night during the hotter months. And it is probably a lovely event with a cold drink in hand on any summer evening.

That said, if we did frequently in the summer, you would find us at Blizzard Beach or Typhoon Lagoon. The nighttime event H20 Glow Nights happens at Typhoon Lagoon with neon decorations to light up the night, special snacks, and more! So if you’ve sprung for the Water Park ticket for your Disney World Vacation, this is your best bet to staying cool.

When is the best time to Visit Walt Disney World in the Summer?

While summers at Walt Disney World have been seeing slightly fewer crowds over the last few years due to the heat, there really is no good time to visit Walt Disney World in the summer. With summer vacations, and International tour groups Disney World stays pretty busy from the last week in May through 2nd week in August. That said, Dream Season dates for summer are May 1- Jun 10 and Aug 16- 31, meaning you would typically have a slightly lower Disney Resort cost. 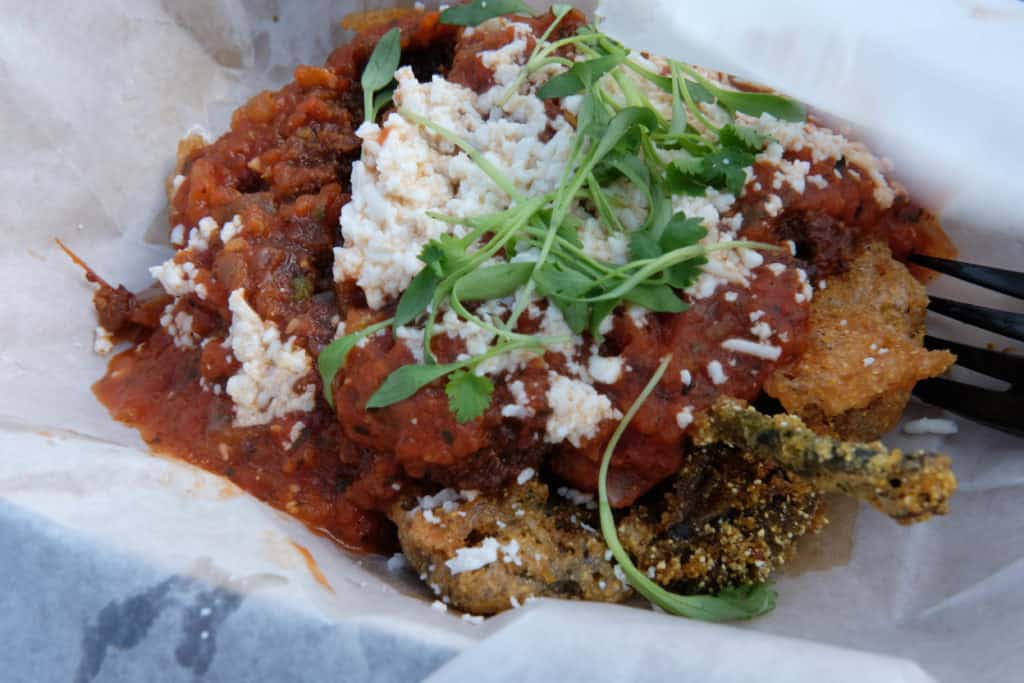 The Epcot International Food and Wine Festival offers an atmosphere at EPCOT  infused with cultural music and flavors. Plus there are always things to try that are non-alcoholic and amazing foods that aren’t too exotic if you have picky eaters. Visiting Disney’s Food and Wine with Kids is actually something we’d recommend especially if you could stay away from evenings and weekends. The kids can play Remy’s Hide and Squeak and earn a prize at the end of the game to take home. Attending this festival has become a tradition for us so we compiled some Food and Wine Festival Tips & Tricks that will hopefully help you navigate the festival!

Halloween at Magic Kingdom is made all the more special with the arrival of Mickey’s Not So Scary Halloween Party in the fall at Walt Disney World. This gives us a little more fun, decor, and Disney Halloween Snacks to try. Plus this is the only event where you can see the Boo to You Parade. As a hard-ticketed event, you will have to pay extra for admittance to this one. But we think it’s totally worth it!

Either way, nothing beats the Fall season at Walt Disney World.  Even if it is sometimes the Disney rainy season in the fall, we love the weather, the prices, the decor, the snacks. Everything.

When is the best time to Visit Walt Disney World in the Fall?

September. Walt Disney World is always better in September. With kids back in school the parks are simply less crowded. This is also Adventure Season for pricing, so you will find the lowest prices on your resort and tickets for vacations during September.

When is the best time to visit the Food and Wine Festival at EPCOT?

It’s the most wonderful time of the year! The Festival of Holidays opens at Walt Disney World in late November and runs through December every year. Bringing with it holiday storytellers, the Candlelight Processional, holiday treats and fun, games, and merchandise to get you in the mood for the season. We LOVE this festival and it’s a great way to visit early and kick off the season. It is the most beautiful time of year to visit, simply because of your ability to see the decorations, experience the holidays through the lens of different cultures, and enjoy some lovely mild not found at other locations around the country.

Christmas at Magic Kingdom includes new holiday snacks, decor, and Mickey’s Very Merry Christmas Party. While this party ticket is over generally over 100 bucks attending this party means you get access to exclusive party snacks, merchandise, and the Once Upon a Christmastime Parade. This time of year also includes special events like the Disney Very Merriest After Hours Event.

When is the best time to Visit Walt Disney World for the Holidays?

Walt Disney World during the holiday months is almost always crowded! So we’ve thrown together some tips on How to Avoid the Crowds at Disney World during the Holidays. But if you’ve already decided you’re visiting, then Dec 1-14 is the best time to visit. With lower crowds and cheaper prices, you miss the Thanksgiving crowds and arrive before the Christmas hoards descend. And if you need a few more options, the Choice Season dates, are Oct 1-Nov 26, Nov 30, and Dec 15-23. While you will still find crowds and higher rates, if you can’t make an early December visit, this is your next best bet.

When is the best time to visit the Festival of Holidays at EPCOT?

The best time to visit the Festival of Holidays at Walt Disney World in EPCOT is early December. Aiming for Dec 1- 14 may mean you miss out on a few late-to-the-show booths or decorations not totally up yet, but you will be so grateful for the lower crowds that it will make up for it! Also, be aware that on days when the Candlelight Processional is hosted by a super popular celebrity (like Neil Patrick Harris) the crowds will be much much worse. So double-check your dates on the celebrity narrator schedule page.

A Year at Walt Disney World 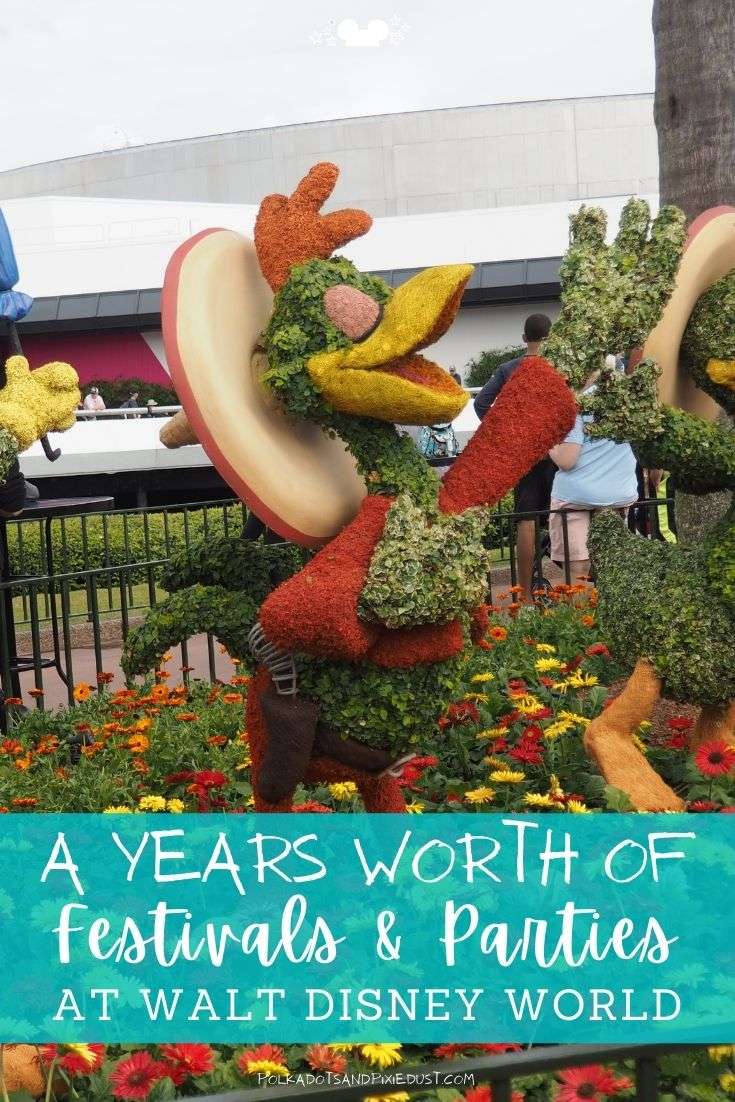 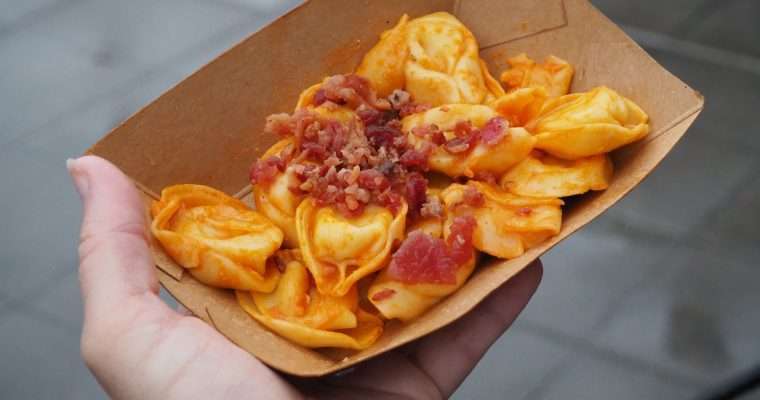 The Disney Epcot Food and Wine Festival Menus arrive every year with the promise of new flavors, new food experiences, and drinks galore! With 29 Outdoor Kitchens and additional specialty items, bring your appetite. There is so much food to be had! We’ve got some […] 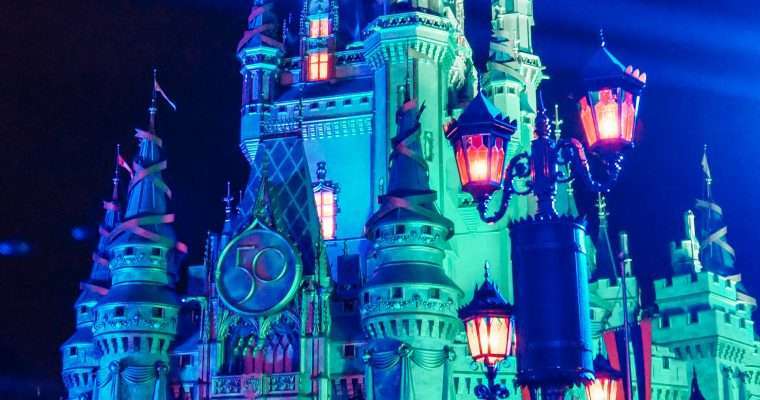