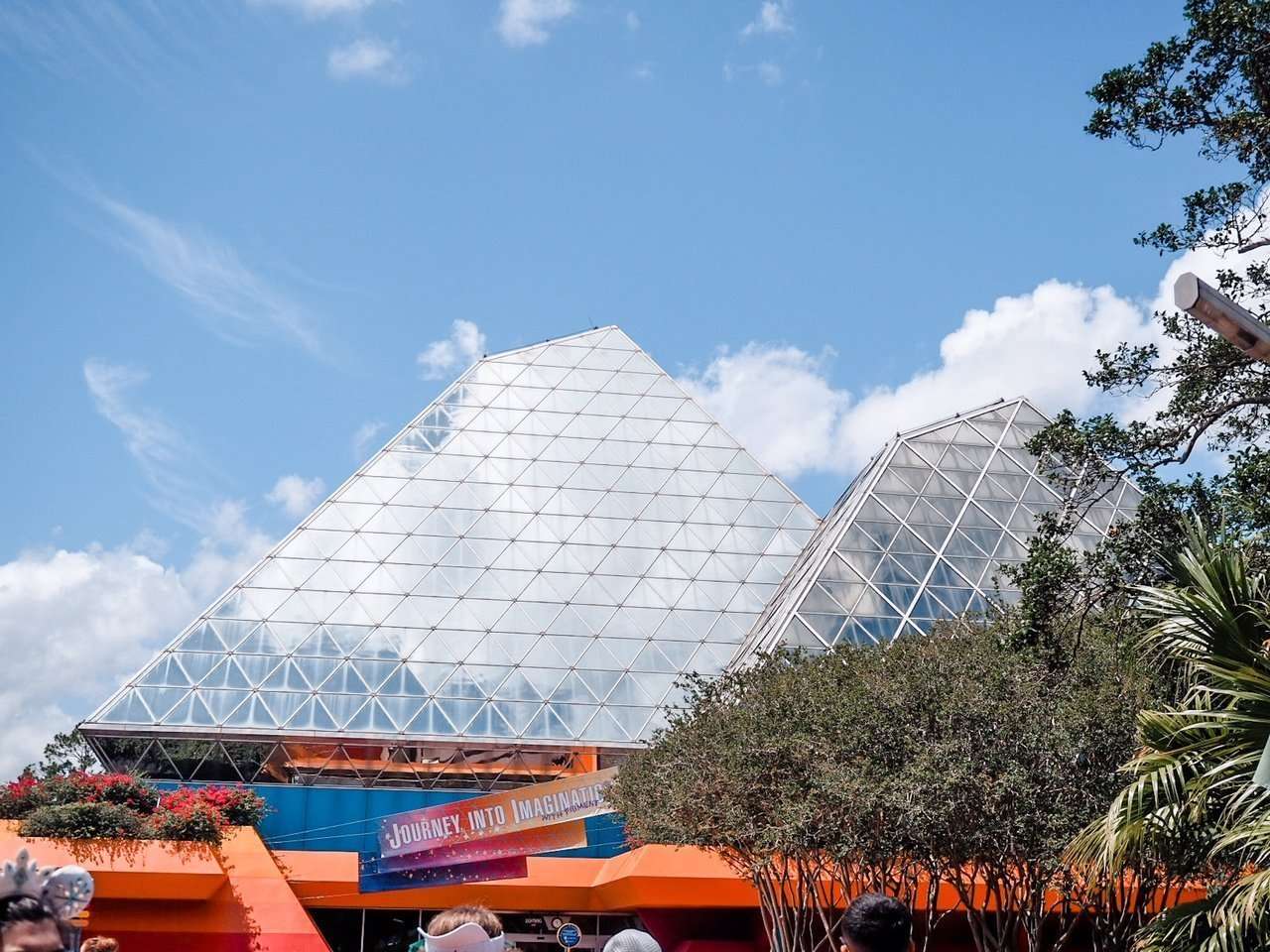 Look how far the Experimental Prototype Community of Tomorrow has come! Celebrating the EPCOT 40th anniversary this year on October 1st brings a brand new logo, completed EPCOT projects, and more still in the works. Newly separated into four neighborhoods, this park has undergone a major transformation bringing a “World of Possibility” to us all. Here are all the plans happening for the 40th Anniversary of  EPCOT Park.

A slew of projects have been undertaken with EPCOT’s transformation and luckily, are finally beginning to complete! New spaces like Creations Gift Shop and Connections Cafe have already opened and you can even experience new soda flavors at Club Cool. One of the things we love ( and sometimes don’t love) is how much EPCOT changes. True to Walt’s personal vision, this park, more than any other Walt Disney World park tries to tell the future with new spaces ahead of its time.

For EPCOT’s 40th Anniversary, big projects include more green spaces as the world shifts to an environmentally focused story of the future. But we’ll also still see areas filled with hopes for space travel, a nod to the creative arts and community, and maybe even a new World Showcase in the mix, as all cultures fuze with the global awareness of the future.

When is the 40th Anniversary of EPCOT Park Walt Disney World? 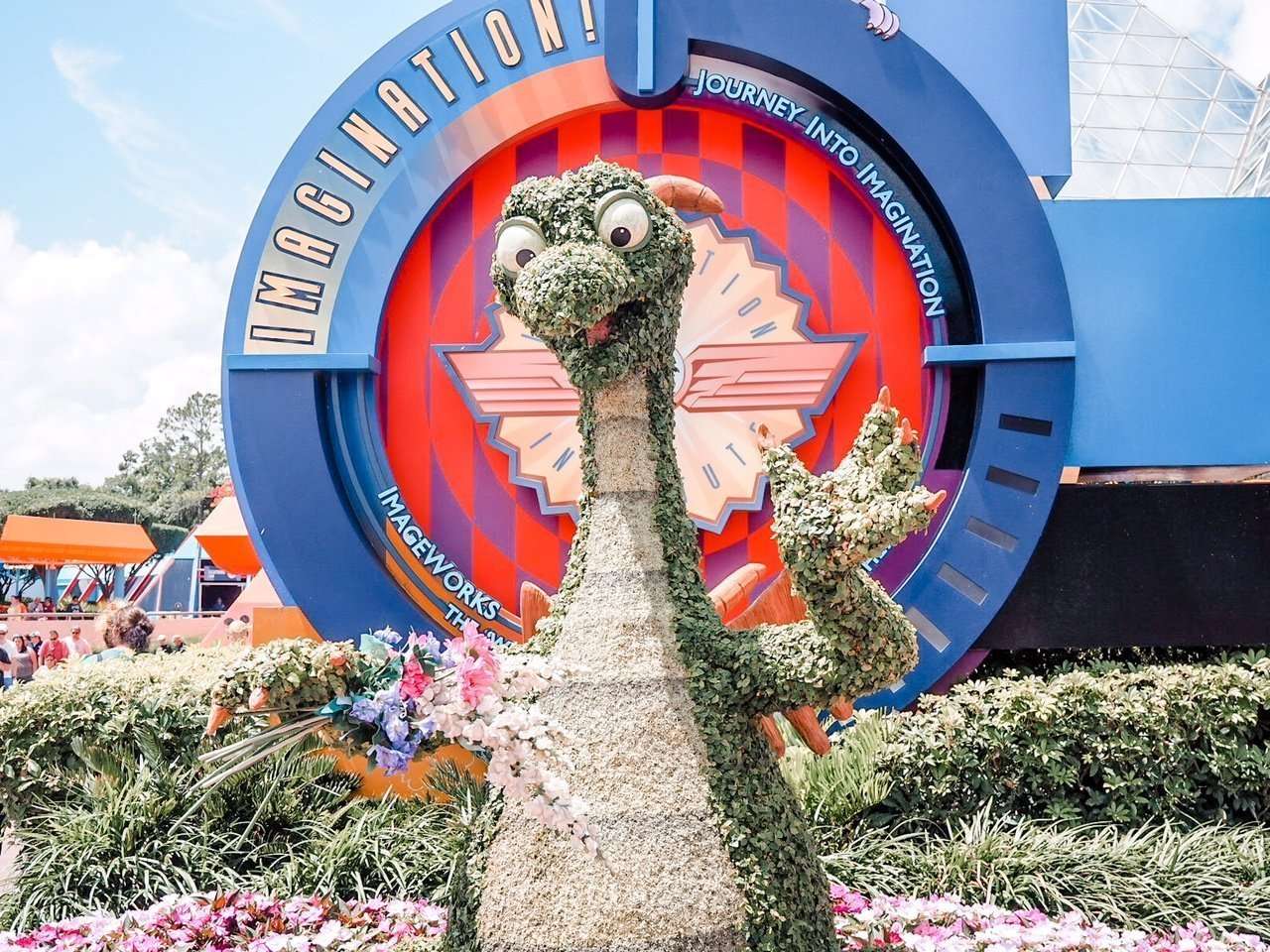 If you’ve been visiting Walt Disney World over the last several years, you know that a good part of EPCOT has been under construction…for a while. Welcoming new spaces as it separates into 4 distinct neighborhoods; World Celebration, World Discovery, World Nature, and World Showcase. EPCOT is serving up new rides, restaurants, shops, stages, and more. Here’s the lineup for the New things at EPCOT Park in honor of its 40th Anniversary. Read more about each neighborhood in the Changes Coming to EPCOT Park post.

In addition to ALL THE THINGS that are coming, there are some major things that have already been completed and opened at EPCOT. You can find Remy’s Ratatouille Adventure open in World Showcase France with options for standby and Disney Genie+ Lightning Lane. Gelateria Toscana at World Showcase Italy, featuring hand-crafted gelato and snacks, is also open. Or you can head to La Creperie de Paris at World Showcase France for traditional buckwheat crepes served both at table service and from a to-go window. And then, there’s quite a bit of change happening in Morocco. With the removal of the third party that oversaw that pavilion, cultural elements have been muted and the space remains in flux. As the Restaurant Marakesh is currently being used as the Food and Wine Festival Florida Blue Lounge space. 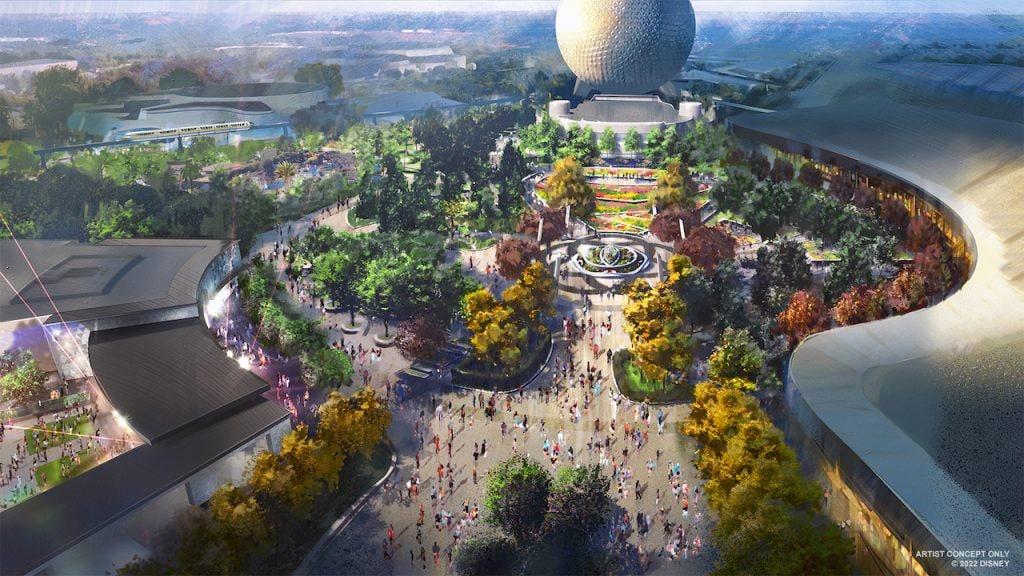 One of the major changes at EPCOT is a complete shift from the sterile modern architecture and Outerspace-centered activities that once denoted our future world, to the more natural world. As such spaces across EPCOT are being filled with trees, gardens, and water elements. Incorporating both the natural environment and the need for communal gathering spaces that are outdoors in the shade, World Celebration is slated to transform with each festival. And transforms at nighttime with lighting and extra magic. The EPCOT Gardens area will offer tables and seating throughout the space. Along with huge expanses of empty space to accommodate standing crowds. 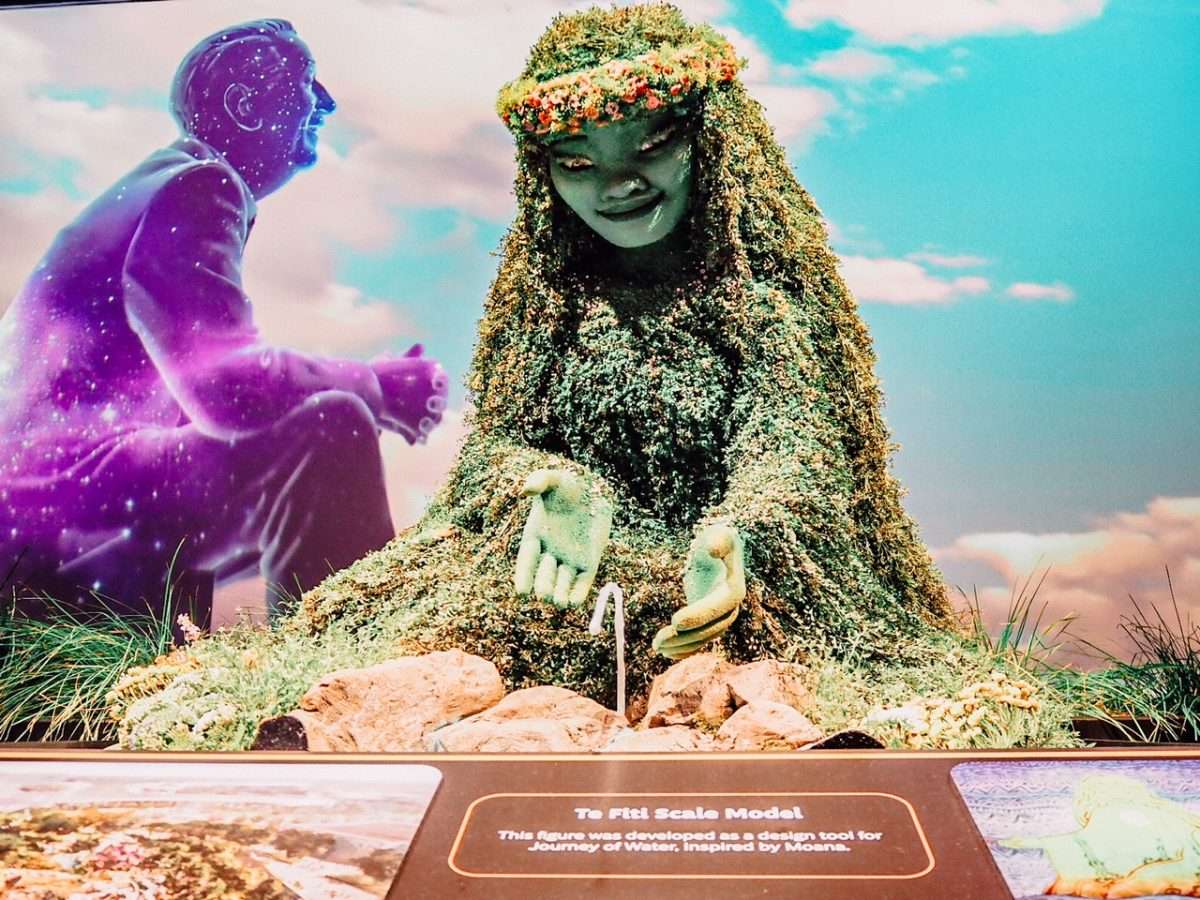 As part of EPCOT’s new World Nature area, Moana’s Journey of Water offers up a tree-filled water-focused interactive experience. Including waterfalls, sounds, and light, this area will be a self-serve trail experience. All of which connects guests to the natural environment. With elements we’ve seen in the film, Moana, we’re sure to have a beautiful soundtrack for this space. There are also rock-carved designs, gardens, and water elements here. 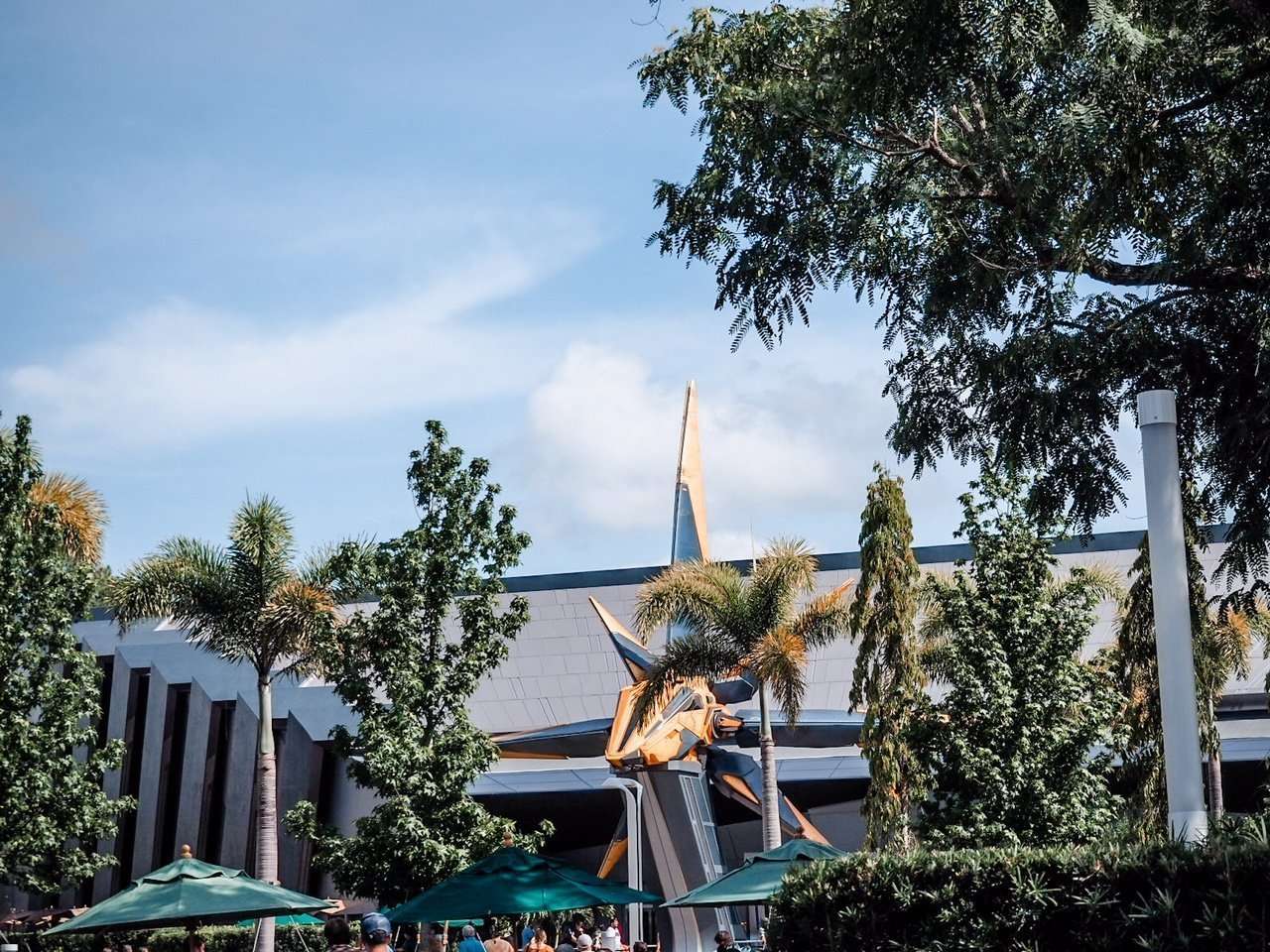 Guardians of the Galaxy Cosmic Rewind

Already open, and thankfully completed by the 40th Anniversary of EPCOT, Guardians of the Galaxy Cosmis Rewind is an indoor storytelling coaster. This ride launches riders into the galaxy, backward, to battle the bad guys and save the universe. By far one of EPCOT’s largest projects, this roller coaster allows riders to turn their car at 360 degrees and be part of the story while watching a digital universe around them. Motion sickness is common on this ride. You can access this ride via Virtual Queue and Lightning Lane. 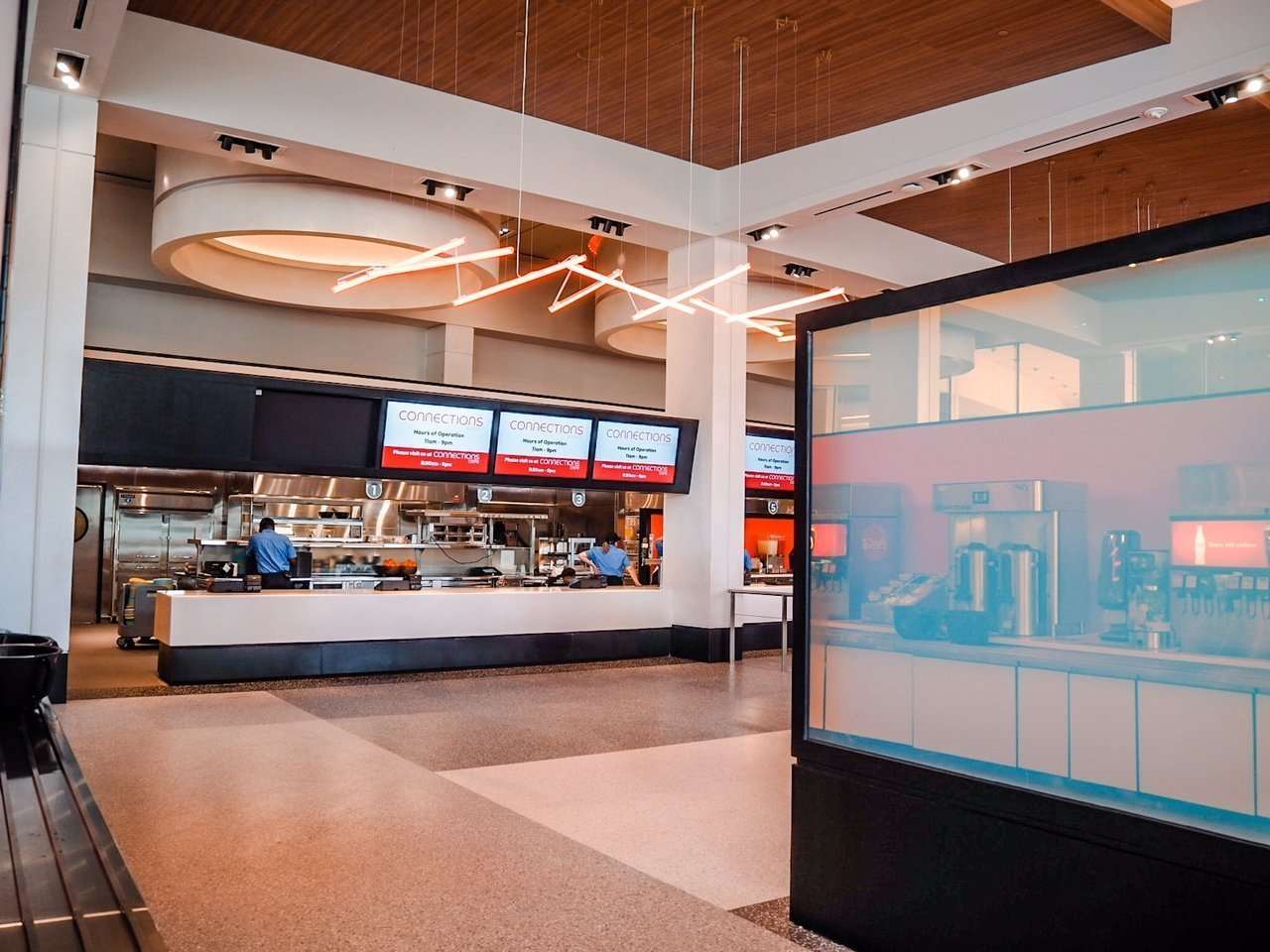 The newest Quick Service Restaurant to arrive in EPCOT is Connections Cafe. This massic restaurant features loads of indoor seating and is home to Starbucks at EPCOT park. As a full-scale quick-service restaurant you can burgers, pizzas, salads, and snacks. A major bonus here is the access to air conditioning and tables with chairs. We love the extra indoor seating here and the murals on the wall! A great place to grab something and sit on hot days. 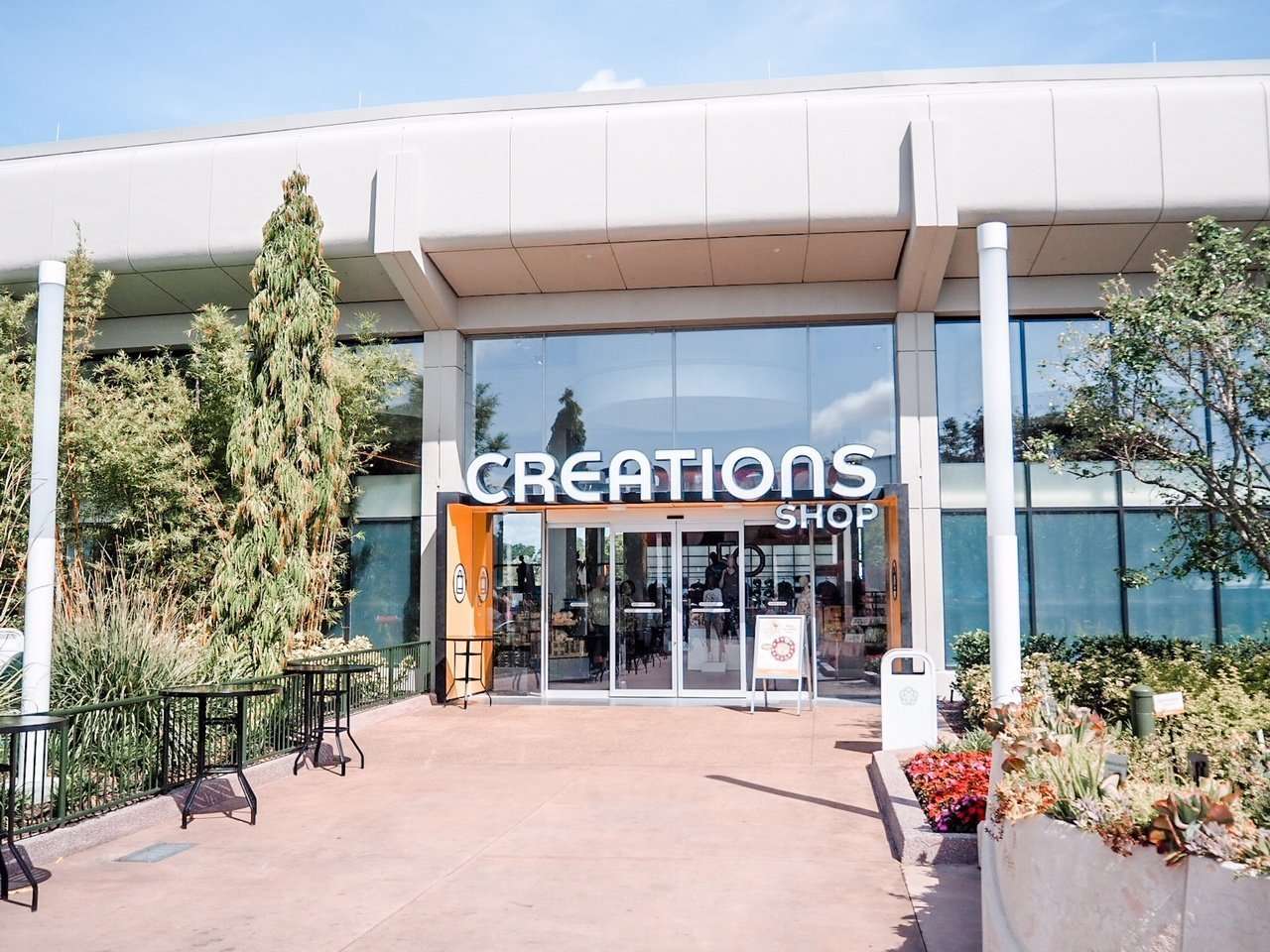 The main gift shop at EPCOT park is Creations. This newly refurbished space features a department store layout with collections strewn throughout the store. If you’re looking for Disney gifts or the latest souvenirs, you can find plush, jewelry, apparel, toys, kitchenware, a pet section, a Disney Dooney and Bourke section, and more.

As part of EPCOT Park’s efforts to corral the Festival guests throughout the year, CommuniCore Plaza is in the works. Currently, under construction as of September 2022, this area of the park will feature a grand stage that surrounds a standing guest space. The hub for musical performances, both intimate and large scale, this area showcases festival artists, performers, and concerts. The design here allows guests to fill in the open garden spaces and take spots within the shade from the building overhang and nearby trees. As part of the festival experience, circulation space throughout the park is typically filled with guests standing for either food or concert access. This current layout will help control some of that.

Another space new to EPCOT Park as part of the park renovation is CommuniCore Hall. This flexible exhibition and gallery space offer a variety of opportunities to highlight art, live music, and food. This building will also house the demonstration kitchen for Festivals. And will also be the hub for character meet-and-greet spaces, including Mickey & Friends. 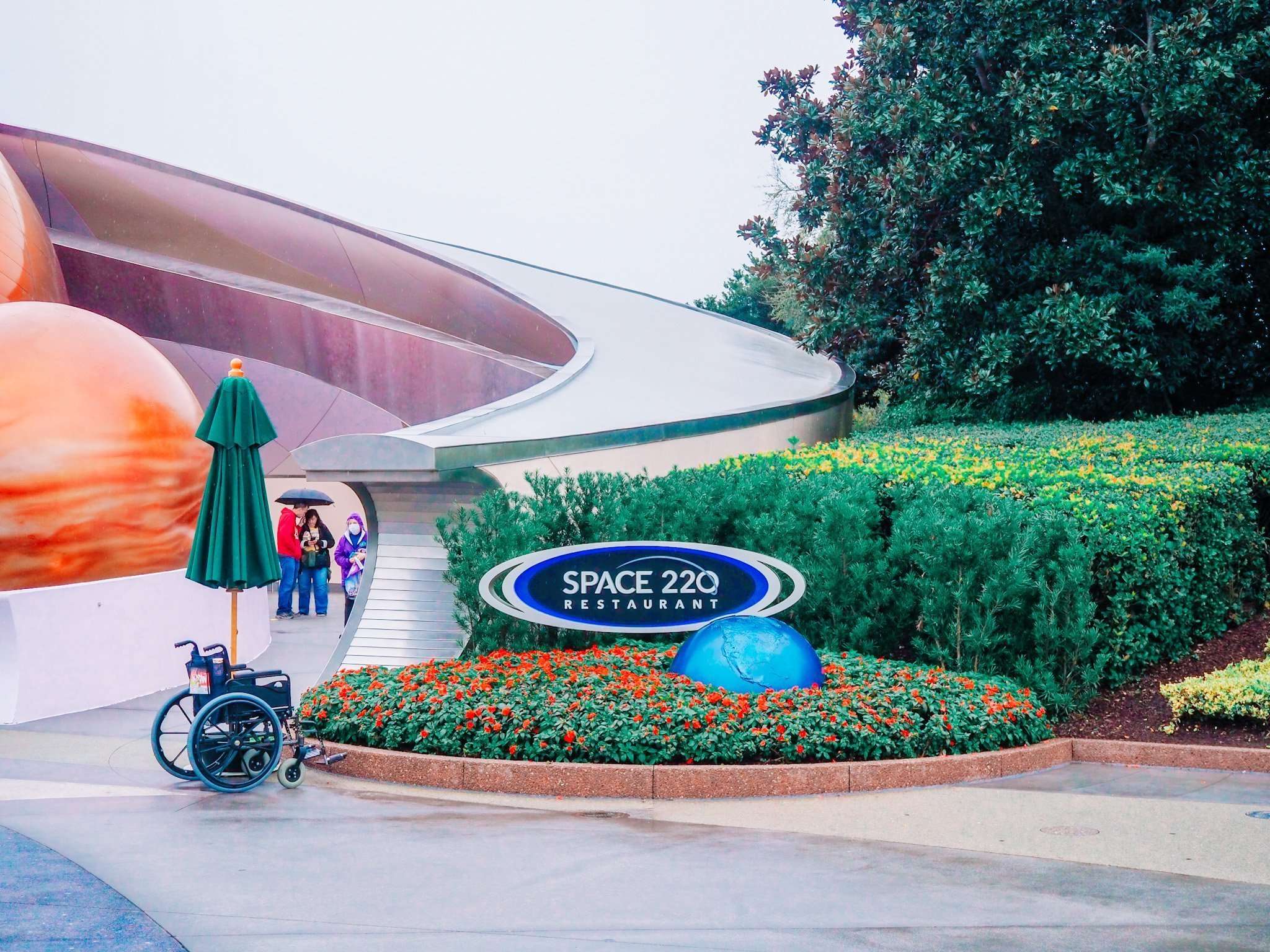 As part of the World Discovery area of EPCOT Park, space travel is the focus!  As such you can find the newest space-centered restaurant just around the back of the  Mission Space ride. Space 220 offers out-of-this-world dining with outer space views that help guests feel as if they are on a spaceship sailing through the galaxy. Complete with a full table service menu and lounge, advanced dining reservations are necessary.  Check out the Space 220 Menu. 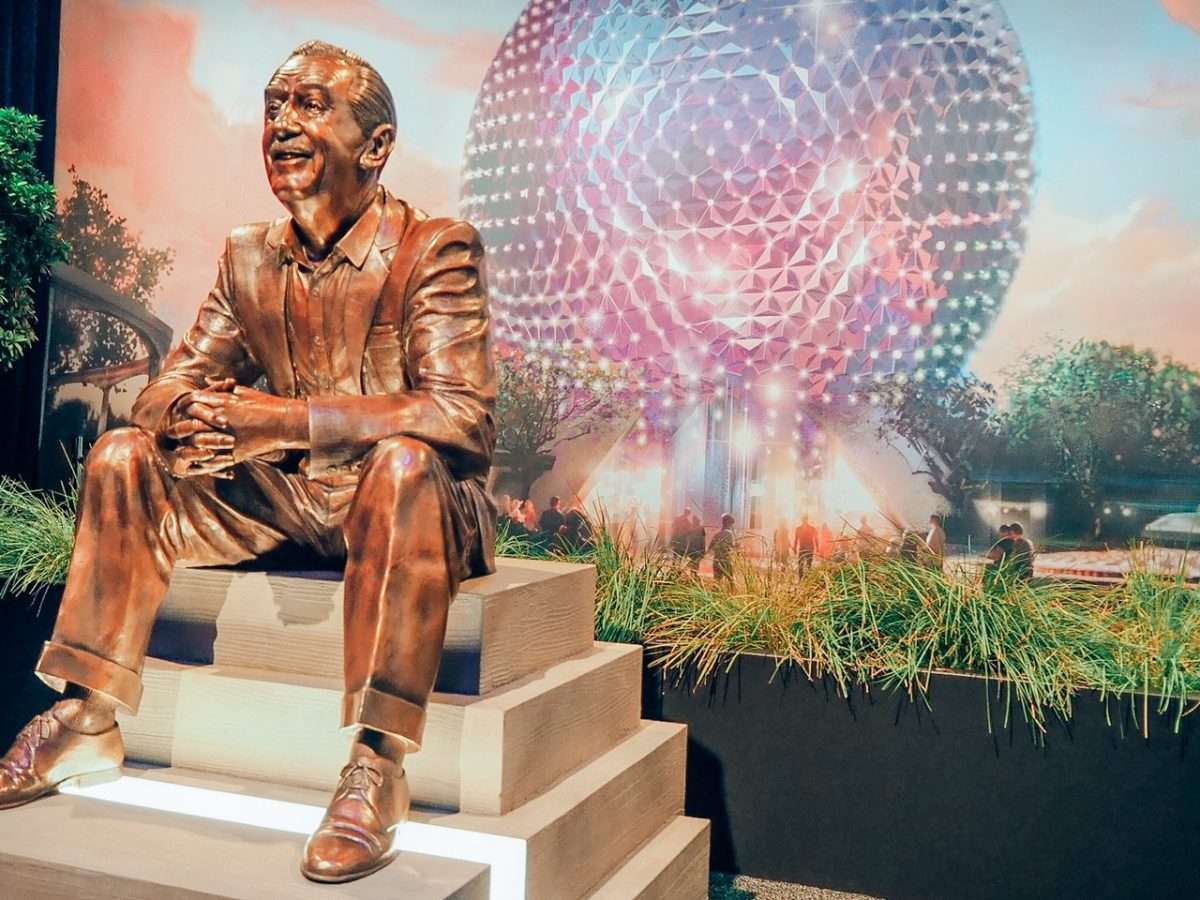 Announced for EPCOT is a new nighttime spectacular show replacing Harmonious running through the 50th Anniversary celebrations until March 31, 2023. This new show aims to unite guests around the World Showcase Lagoon. Opening Late 2023

Returning to Walt Disney World is EPCOT’s star character, Figment the dragon. Figment is set to be available for character meet and greets for a limited time. Most likely in honor of EPCOT’s anniversary.  Arriving 2023 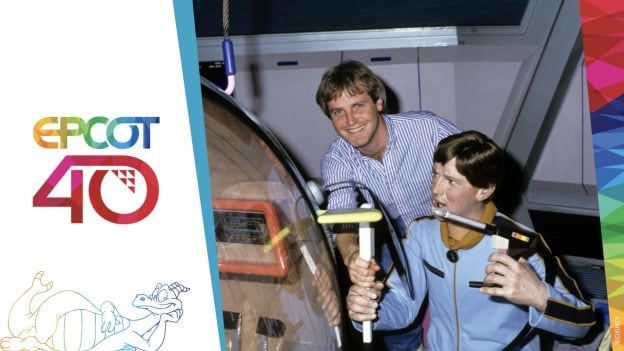 Throughout the 40th Anniversary, Disney Parks Blog is highlighting the people that make EPCOT happen. From the Imagineers, Designers, Cast Members, and Crew, we’ll be adding their stories to this post throughout the celebration. 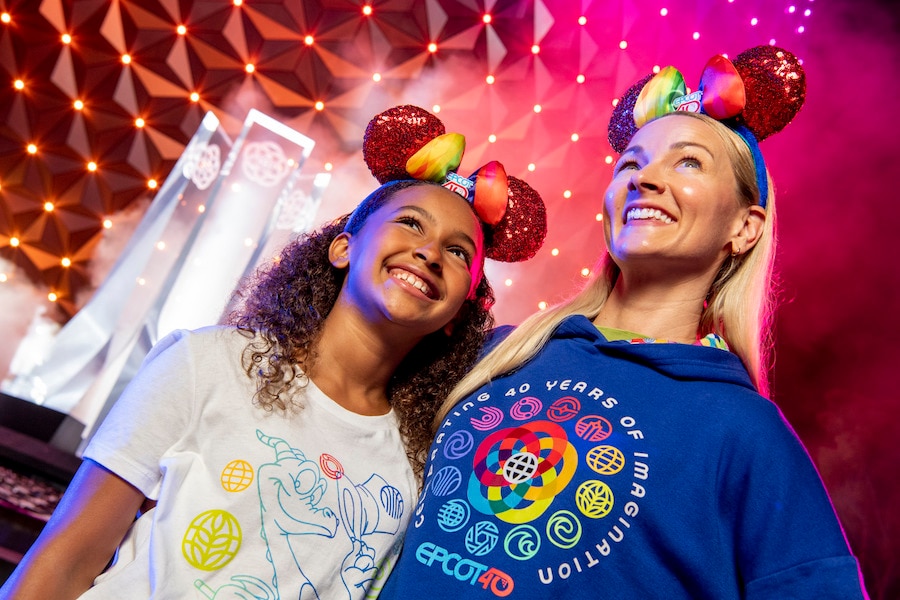 What would a Walt Disney World Park anniversary be without merchandise? Featuring new pins, mugs, apparel, and more, you can find the 40th Anniversary logo on plenty of new merchandise honoring the park, and arriving in the parks soon. Complete with the familiar Spaceship Earth icon on pins, jerseys, and more, there is plenty of character merchandise. Check out all the EPCOT 40th Anniversary Merchandise so far. Chip and Dale, Figment, and the Three Caballeros all make appearances. And if you’re looking for something to collect you can grab the EPCOT Experience Poster Pins, featuring park attractions and everything that has helped make EPCOT what it is today. Be sure to check out shopDisney.com too as many Disney Parks items show up there.

And last but not least, the EPCOT 40th Anniversary will be getting a lineup of specialty snacks to celebrate. We’ll be sharing all the new EPCOT Snacks in this post and in our New Snacks at Walt Disney World post so you can find your favorites. 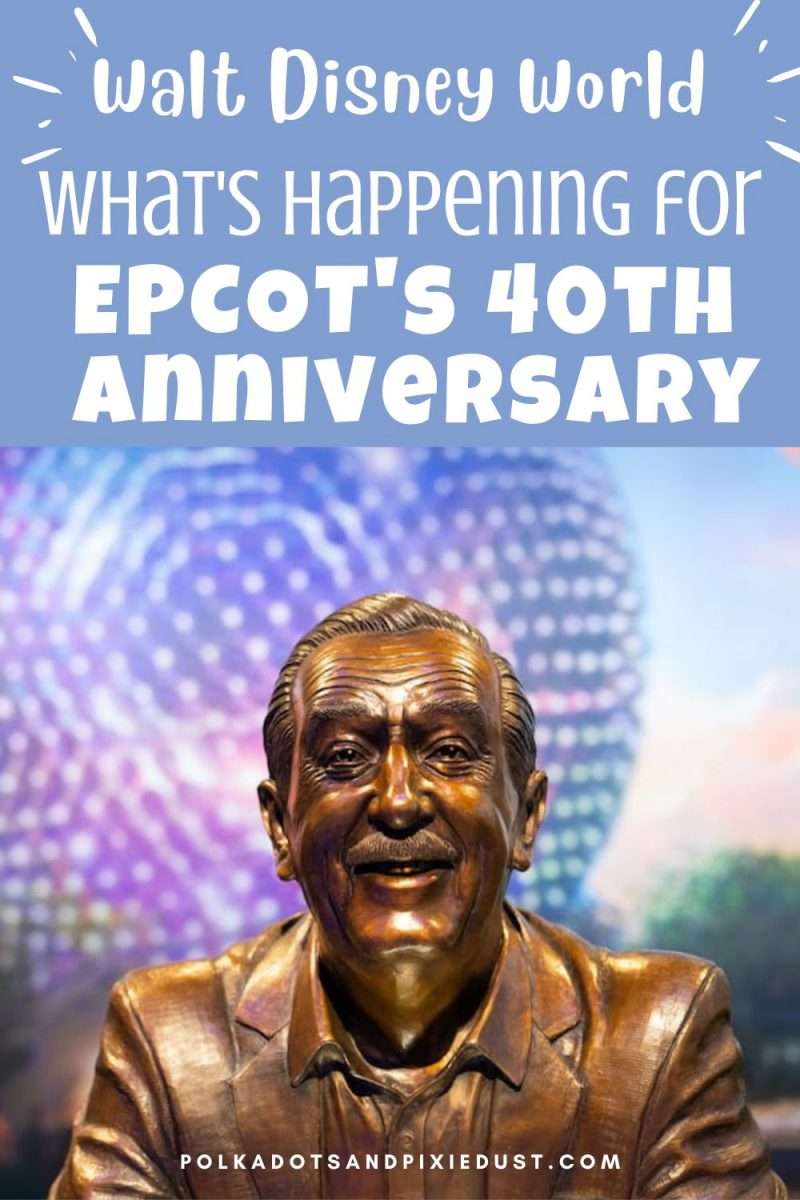