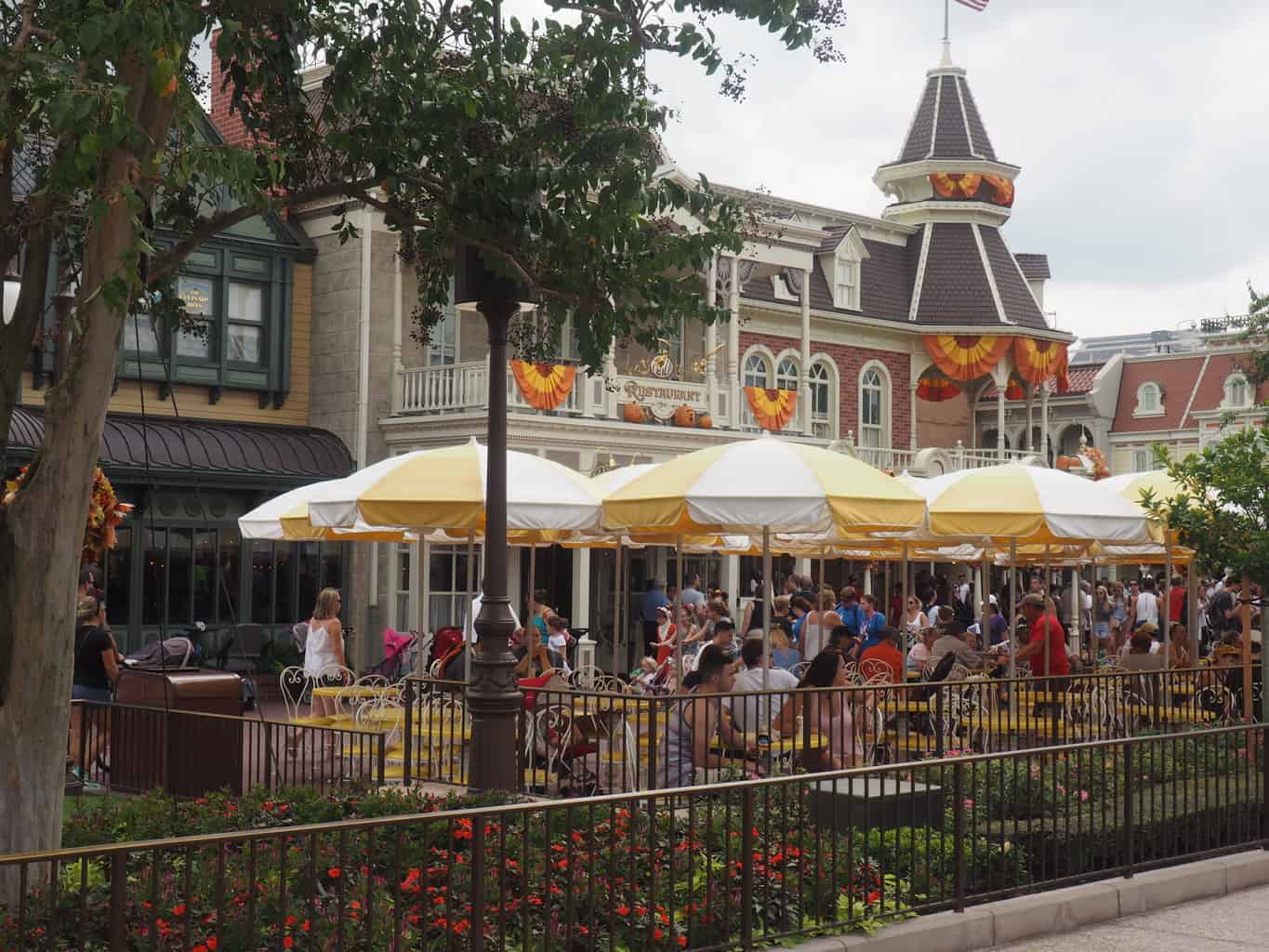 It may seem strange that Walt Disney World closes when it reaches maximum capacity, but keep in mind that, without the magic, it’s still just a theme park and has to adhere to fire code regulations. With everything happening at Walt Disney World in 2020 and a slew of 50 new things before the 50th Anniversary of Walt Disney World in 2021…there will likely be times that the parks hit capacity and turn away guests. And now that Disney Parks have capacity limits due to safety and health regulations, we’ll see more of this. So, if you’re visiting Walt Disney World anytime in the next few years, here are 5 tips to make sure you DON’T GET LOCKED OUT!

Yes, Walt Disney World does close when it gets too full. Contrary to popular belief, you actually have some control here. Unlike the hours before the hard-ticketed party events Disney Cast Members will not go through the parks and kick you out.

Whether its about adjusting how you plan your vacation or altering your plans for the day you do have a say and some actions you can take to make sure you’re on the right side of the gate when the park reaches capacity. 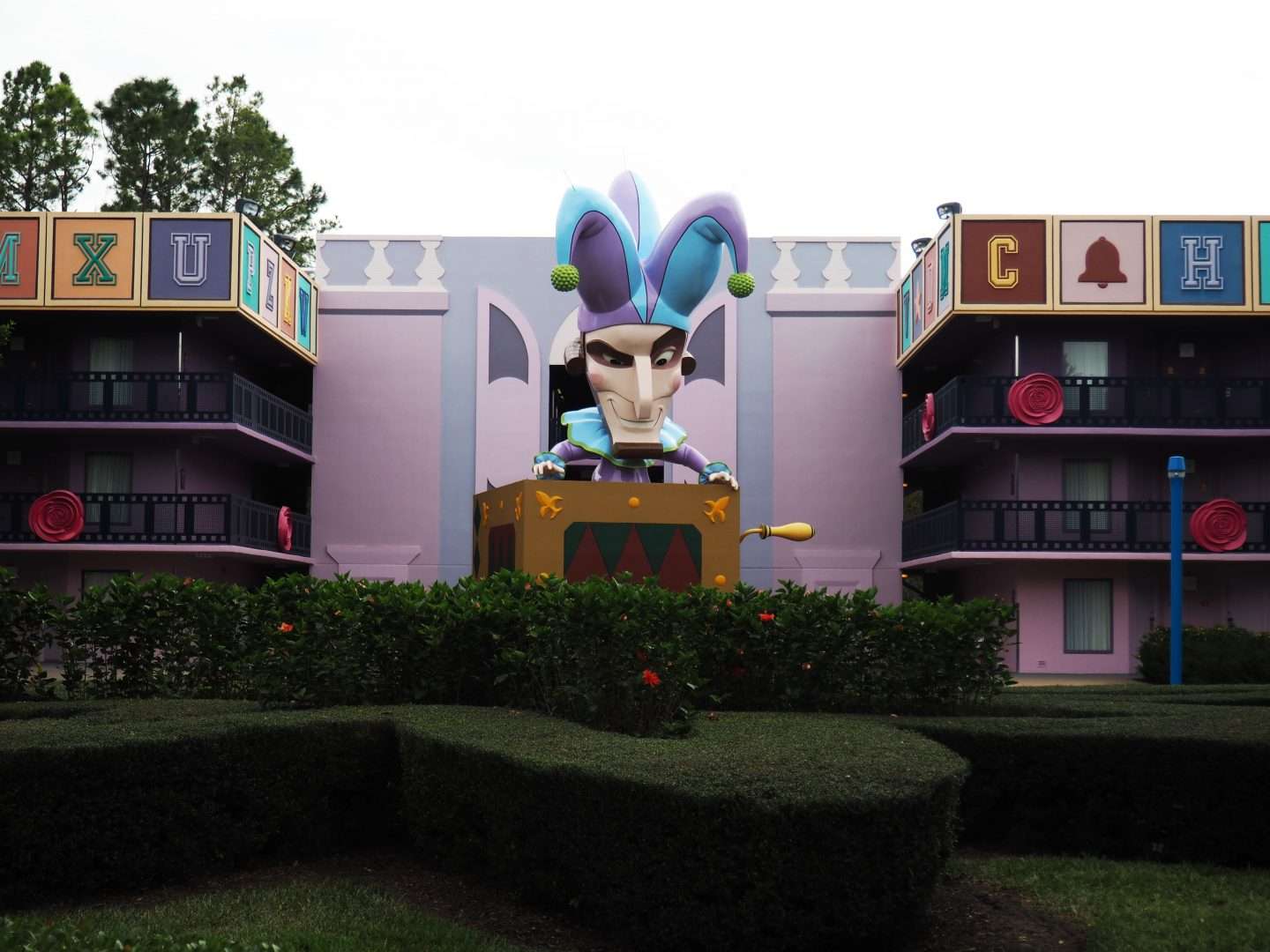 What are the Capacity Limits at Walt Disney World?

We cover who is allowed into the parks in each Disney Capacity phase below. So if you’re looking for something specific to your situation, scroll down. Keep in mind that these 5 tips are fool proof. It won’t matter if you’re a Disney resort guest if you didn’t get there early enough to get in before they closed for maximum capacity. See Tip #1. It really is sort of a first come, first serve situation. Before we get started, here are the capacity limits for each Disney World Park. Note: The acreage limits do not correlate with the fire capacity at Disney World parks, as physical space, ride space, restaurant seating, etc. for the public is what determines capacity. Capacity shown here is Guests Per Day.

What is Capacity at Walt Disney World during COVID in 2020?

So how will these capacity limits be affected for the Walt Disney World reopening plans in 2020? Initial reopening in Florida is calling for two capacity phases. Remember that capacity will be very controlled via the Disney Parks Pass system Reservation app. You must have both a ticket and a reservation to get into the parks. Resort guests will not have guaranteed entry to the parks. Everyone will need both a ticket and a reservation. Knowing this capacity is helpful, but in real life, won’t matter if you haven’t gotten the ticket and reservation.

UPDATE: Disney CEO Bob Chapek, announced November 2020 that Walt Disney World is currently operating at a maximum capacity of 35% with no plans to increase that anytime soon.

The following phase will allow a 75% capacity for each Disney Park.

Withstanding the Park Pass required reservation system in place for 2020 , these 5 tips are the MOST IMPORTANT to remember. Tips #1 and #2 are very HIGH PRIORITY. If you do nothing else to plan your vacation these are the big ones. High Capacity times are typically during holidays, starting around Thanksgiving, and new attraction openings. Consider October 2021, the arrival of Disney World 50th Anniversary as a time when you will need this tips. 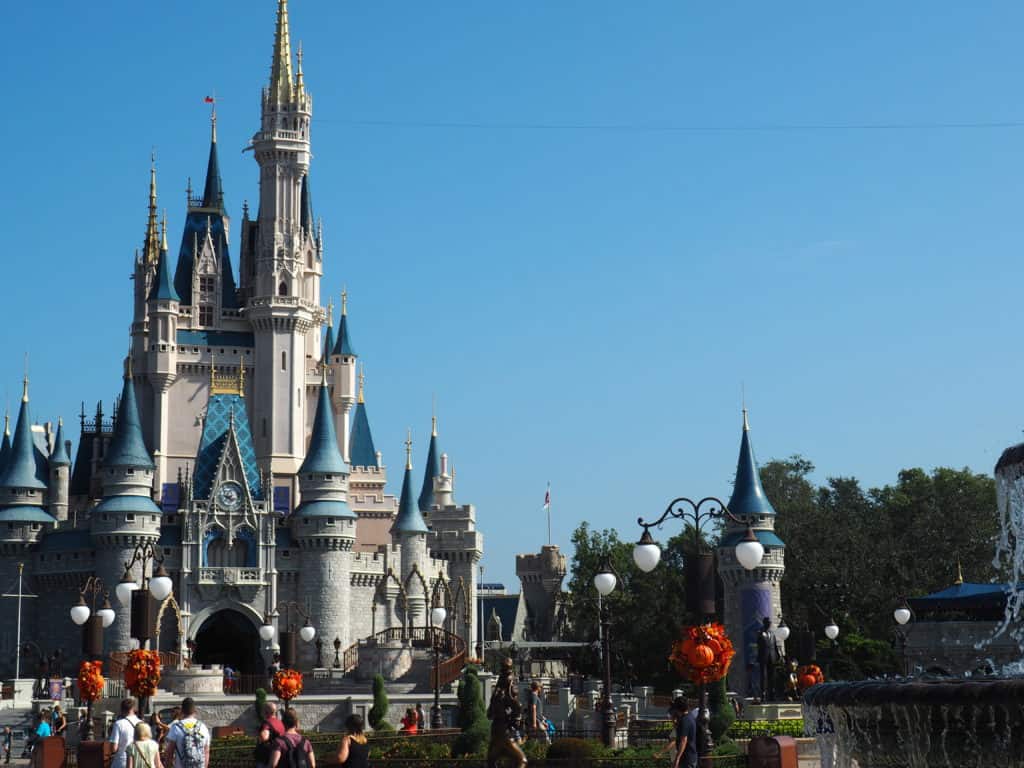 When Walt Disney World Closes at Maximum Capacity this tip is the most common sense. And the most in your control.  And the absolute easiest!!! So you’ve booked a vacation at Walt Disney World around busy times? The best way to make sure you don’t get turned away at the gate is to get there right when the gate opens. The monorail starts running at 6:30 am and the parking lots tend to open 1.5 hours before the park opens that day. So if there are early magic hours at 8 am the lots are usually open by 6:30 am. Keep in mind though that if the park doesn’t open until 9 am, you won’t be able to get in the parking lot until 7:30 am. So check out park hours ahead of time. Animal Kingdom usually has later opening hours so the lots may open closer to 8:30 am there.

Ways to maximize this early morning time with the new rope drop ceremony  is to book an early breakfast at Crystal Palace or Be Our Guest. That way it will still feel fun, you won’t “waste” precious time and you’ll beat the crowds. Check out the app for park hours or the calendar on the Disney website for daily times.

Note: Keep in mind most everyone on the planet shows up at Disney between 10-11 am, so getting there before then is key.

This second common sense tip for when Walt Disney World Closes at Maximum Capacity helps you out even if you ignore all the rest of our tips. True, we always condone visiting the resorts  for everything from relaxation time to dining to shopping. BUT, physically leaving the park to go somewhere else is not in your best interest on days that may get busy. The exception to this is IF you have the park hopper ticket. They will let you in again to re-enter the park all the way through the phase 2 closing process. But after that you would be out of luck. So our advice is to just stay. 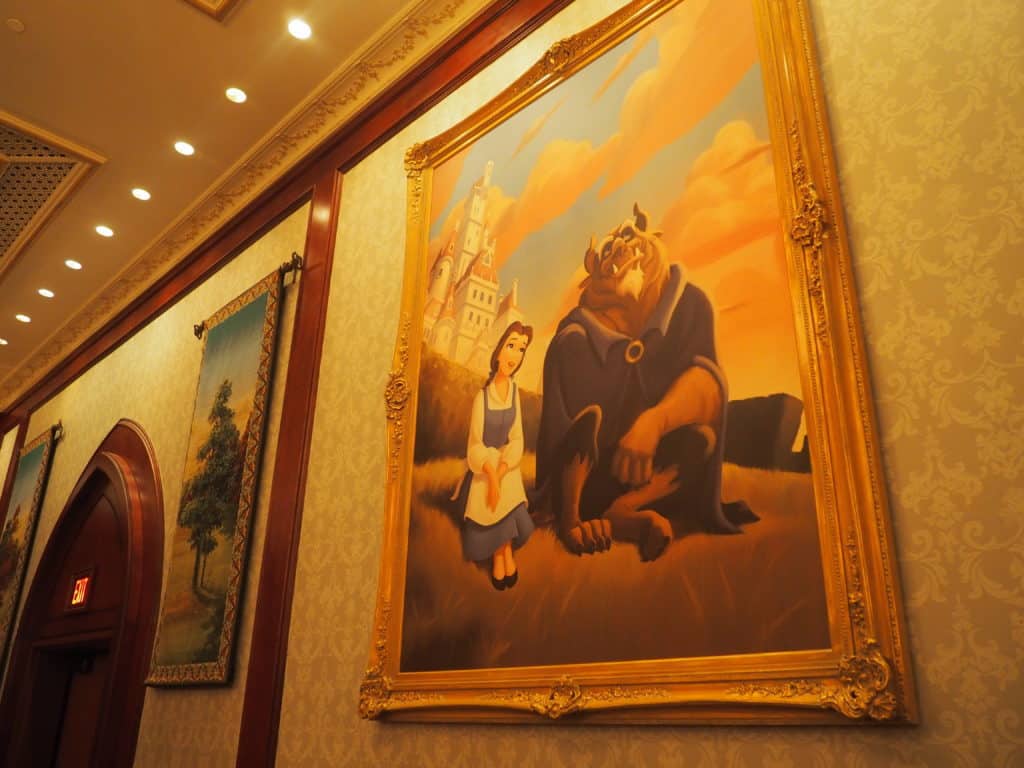 TIP #3: BOOK SOMETHING, ANYTHING

Through Phase 3 both dining and special appointments reservations are honored. This is a major plus! If you’re travelling with a Make Your Way package you already have a multi-day ticket, are staying at a Disney resort and most likely using Disney transportation. So you’re already in the clear and most likely won’t be turned away. If you however don’t have any of those things, a dining reservation, which can be made at any time, may be your saving grace! When Walt Disney World Closes at Maximum Capacity having a restaurant reservation, a boutique reservation or any special experience tours booked will get you access to the park through phase 3. 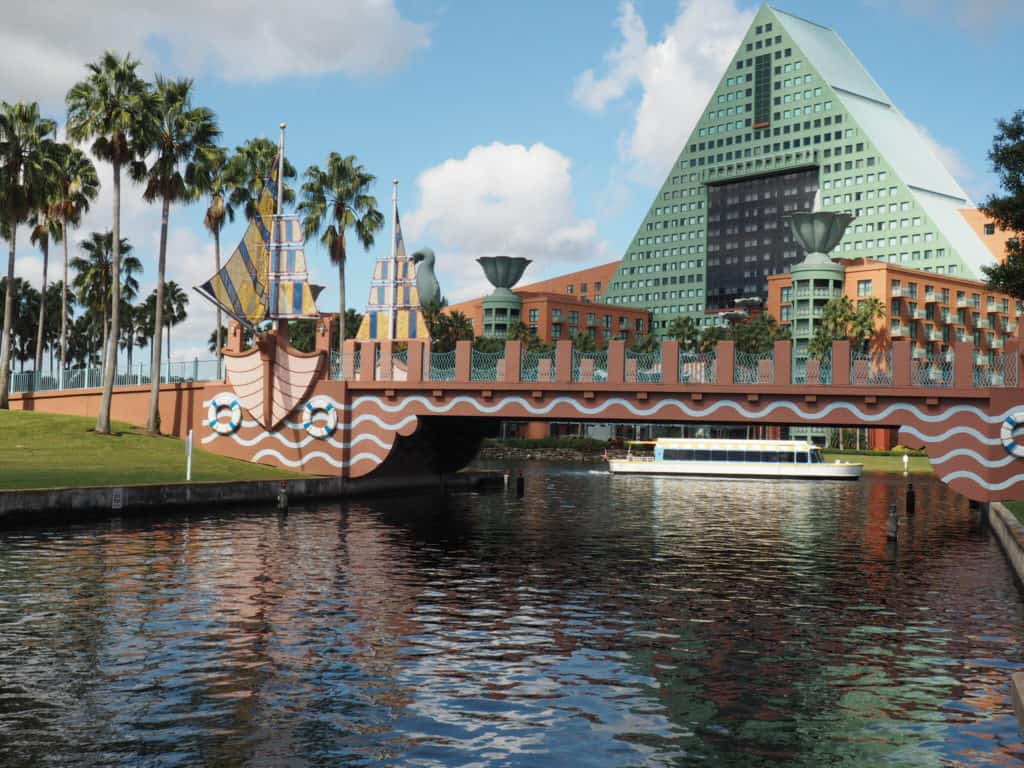 TIP #4: STAY AT A WALT DISNEY WORLD RESORT OR THE SWAN AND DOLPHIN

This is a no brainier if you’re traveling Disney during busy times. Mainly because the Orlando traffic alone may kill you. So you will want to be as close to the action as possible and not on the Orlando roads. That said, know that Disney transportation will be packed to the max! While you can take the Disney Skyliner, monorail and buses, you can’t guarantee a timely arrival on busy days. So, you may want to spring for Lyft or Uber to drive you into the parks to avoid waiting in lines at the bus stop. Being a guest at the Disney Resorts will also ensure you’re still able to get in the parks through Phase 3. This does include the Swan and Dolphin which is definitely one of the best options if you’re looking for a nearby resort without the transportation nightmares.

TIP #5: HAVE A MULTI-DAY TICKET WITH PARK HOPPER

We wouldn’t recommend park hopping during busy times at Disney. Mainly, because tips #1 and #2 are absolutely our best advice. But a park hopper ticket may be your only chance to get into the parks through Phase 1 and 2 when Walt Disney World Closes at Maximum Capacity. Especially if you’ve ignored tips 1-4. 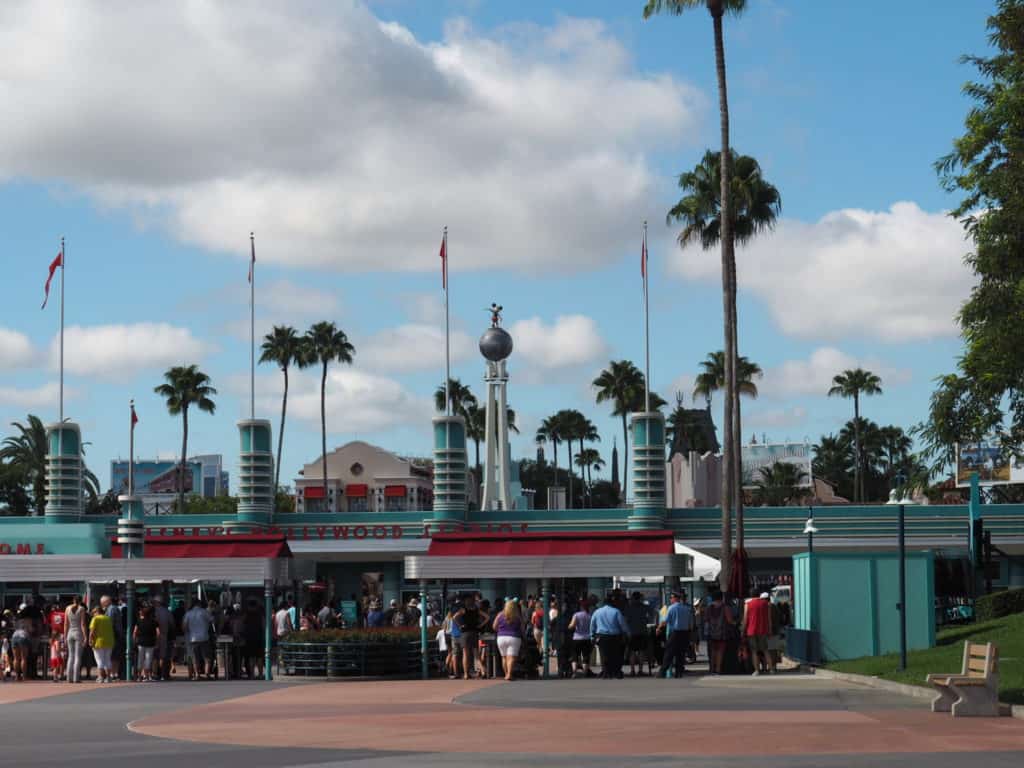 Walt Disney World Closes in phases. Disney has everyone’s best interest at heart. They do put vacationing guests first and assume these folks have booked a make your way package, are staying on site, and are using Disney transportation… hence the ability for these folks to get into the park through closing phases. If you however are playing it cheap, not staying on site and just want a day ticket, you will be the first to get turned away.

People in the biggest trouble as the park starts getting close to capacity are Guests:

In Phase 1 you CAN enter the park IF you…

Note: The only changes between Phase 1 and Phase 2 is that it won’t matter if you have a fast pass scheduled or memory maker.

In Phase 2 you CAN enter the park IF you…

In Phase 3 you CAN enter the park IF you…

In Phase 4 the Parks Are CLOSED to All Guests

In Phase 4 Disney enacts the one to one rule. The 1:1 Rule means when one person leaves the park, one person is allowed to enter. This is usually at their discretion, and definitely doesn’t happen immediately.  As they need to build a little cushion regarding the capacity levels and will mean you can get split up from your party if you’re adamant on getting in. 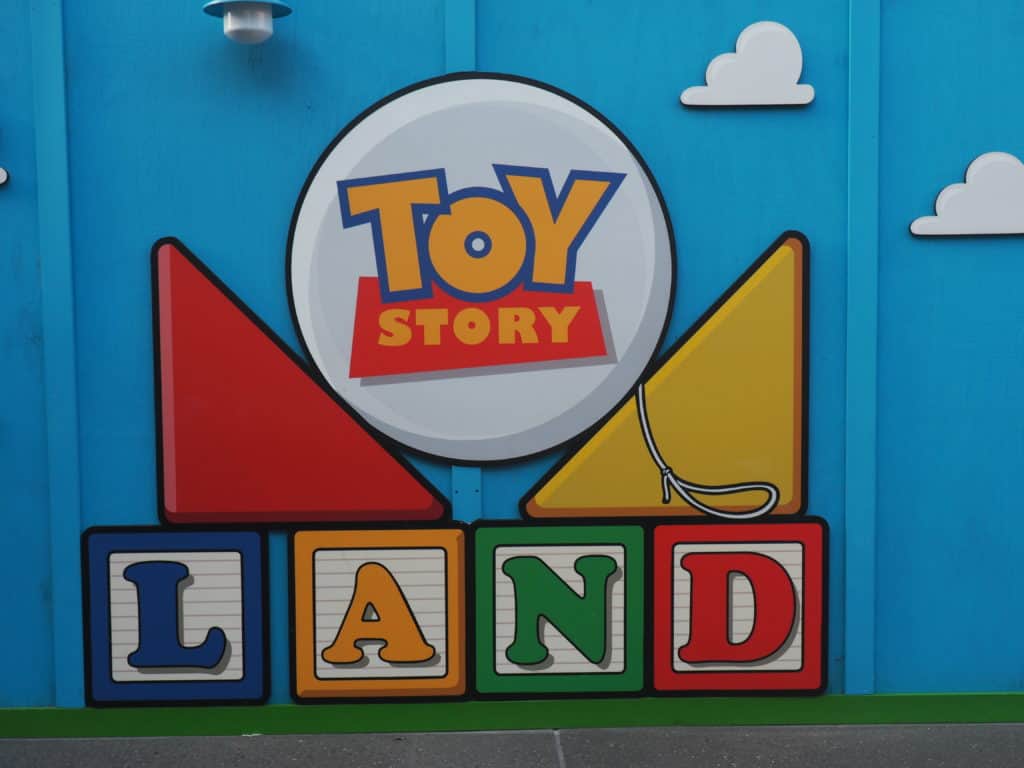 Why is Walt Disney World so busy?

Disney has been losing it’s off season for a few years by adding deals to get more guests to come during slower times. This, as a result, just makes all times busy. Remember that while Walt Disney World closings are somewhat rare, the activities and openings over the next few years gearing up for 2021 are so vast that many many people are planning to book their vacations during these times to get the most bang for their buck. Vacation packages open up to be booked in June the year prior to when you plan to visit. We’re not expecting the momentum to slow down anytime soon, so if you’re visiting be prepared for the crowds.

What Else Do I Need to know?

For a quick education on when the parks have closed and prevented guests from entering check out touring plans.

To know in the moment if the parks are open and allowing guests in double check the My Experience App. The info usually updates there first. Checking Disney social media accounts like facebook and twitter would also have the up to date info if you need it.

Hopefully this post has given you a good foundation for understanding the closing phases that Disney goes through during their busiest times. Know that you do have some power over the situation if you plan and prepare ahead of time. 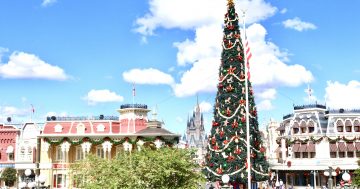 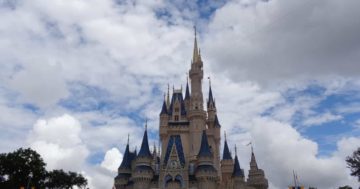 Disney is the most magical place on earth right?!?! While we know many who would either agree or disagree with this statement, one thing most of us can agree on is that a Disney vacation can be stressful. Don’t get us wrong, we absolutely love […]

The Crystal Palace: A Disney Character Breakfast Review
12 Things Not to Miss on Your Disney Vacation