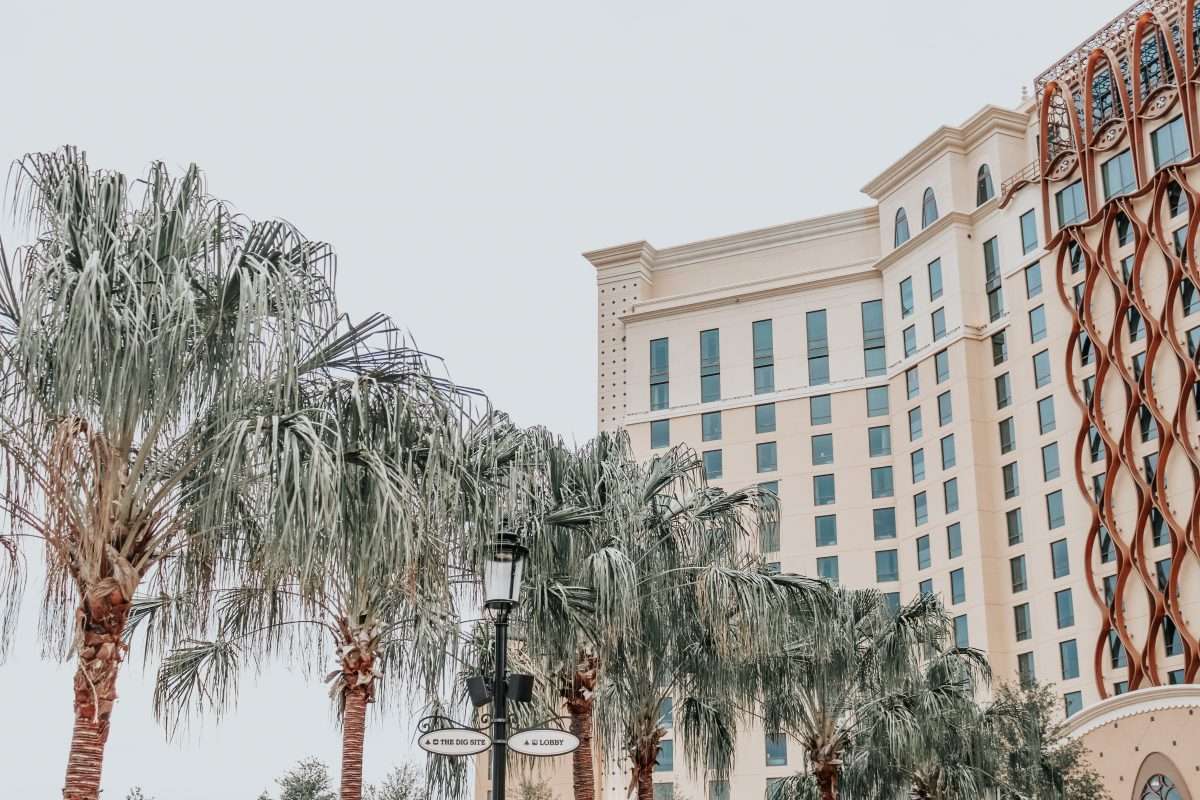 When Gran Destino Tower at Coronado Springs at Walt Disney World opened over the summer, we weren’t really sure what to expect. We had been seeing construction on this building for quite some time, so we were excited and a bit nervous at the same time. Gran Destino Tower has suddenly become quite the hotspot t Walt Disney World and for good reason.

Although Gran Destino Tower may seem more grand and a standalone resort, it’s actually still part of Coronado Springs and therefore a moderate resort. We’ve stayed at Coronado Springs many times before and have grown to love this resort for it’s unique theming. So we weren’t really sure how we would feel about this new addition.  Boasting a blend of Spanish, Mexican and Southwest American cultures, Gran Destino Tower takes decorative touches to the next level to give guests what feels like a truly immersive experience. 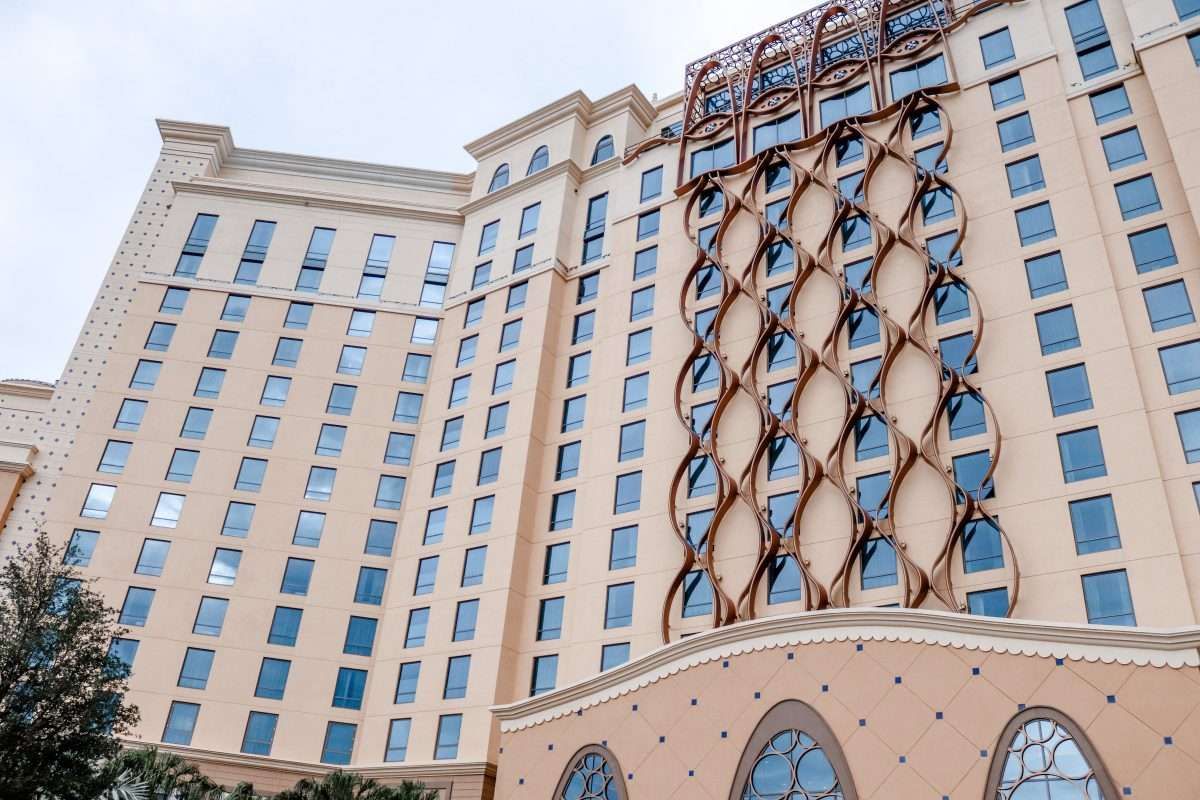 The Lobby at Gran Destino 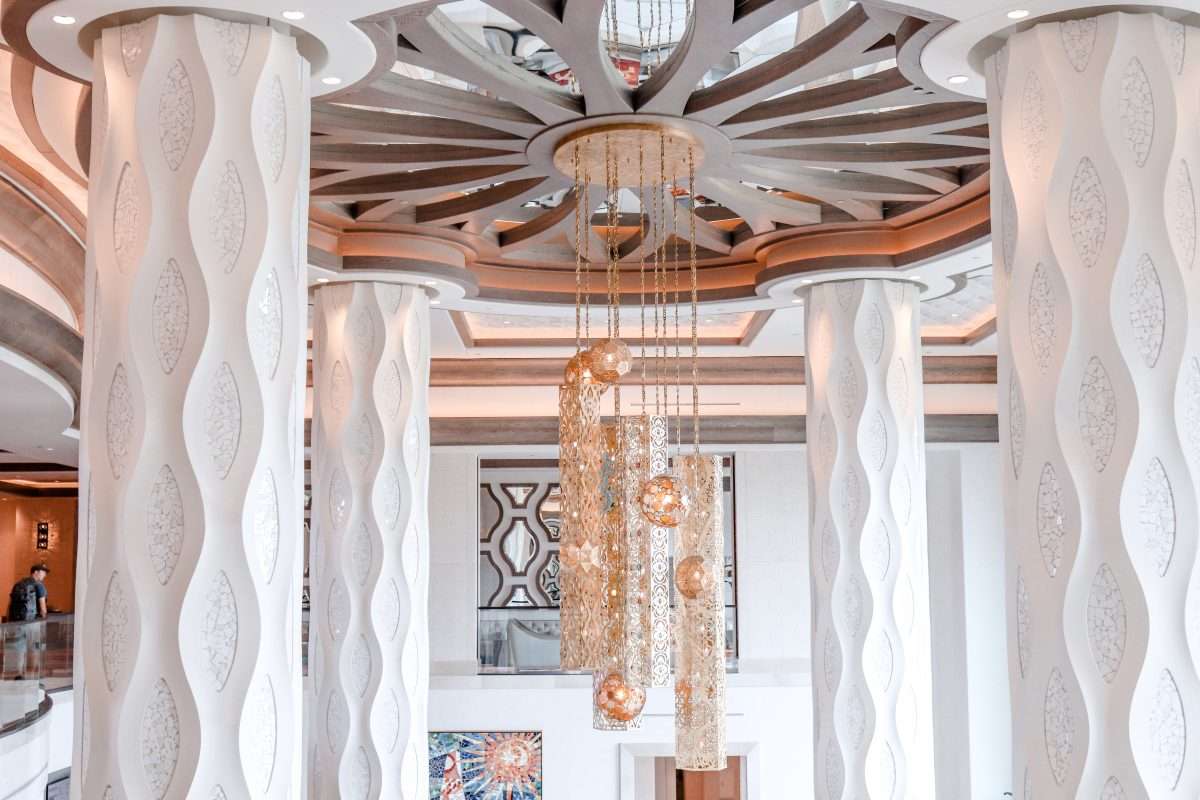 The lobby of Gran Destino could be a destination all in itself. The décor is stunning, the music is relaxing and you can even head down the stairs to the Barcelona Lounge for morning coffee or an afternoon snack or fun cocktail.  With Spanish and Moorish influences throughout, this lobby is really a masterpiece. 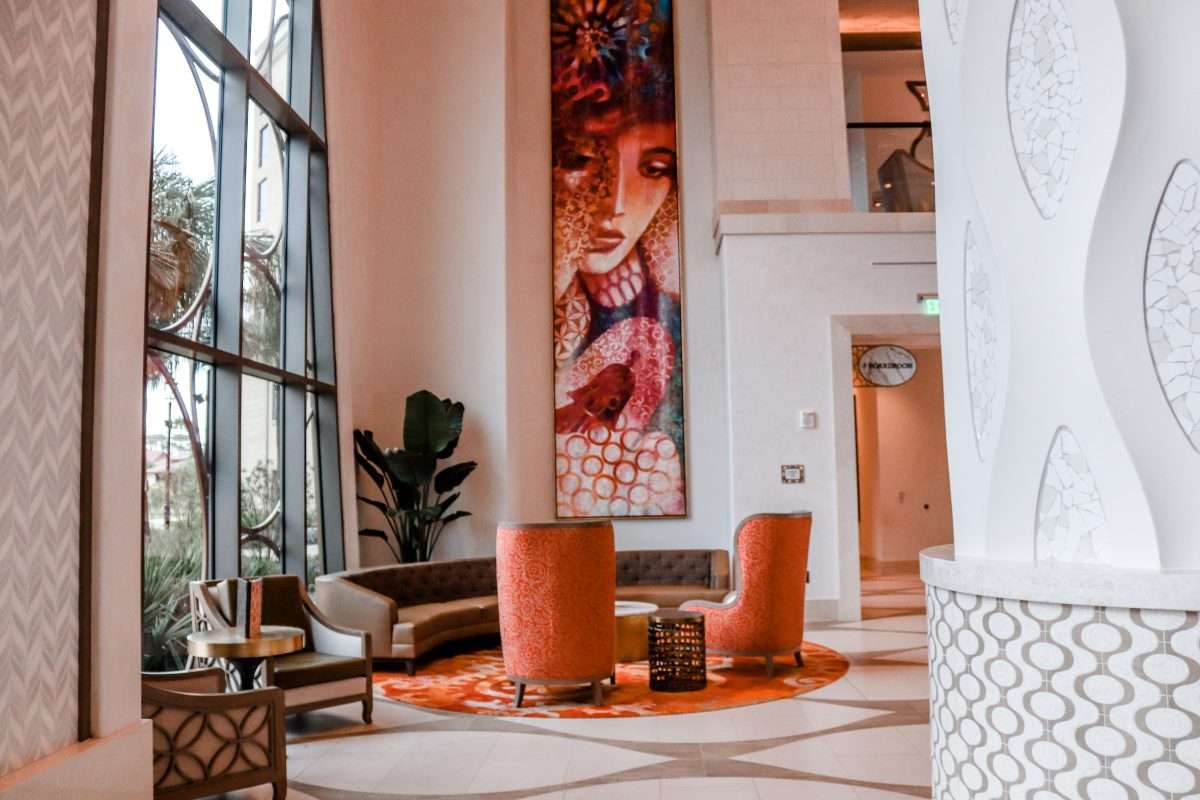 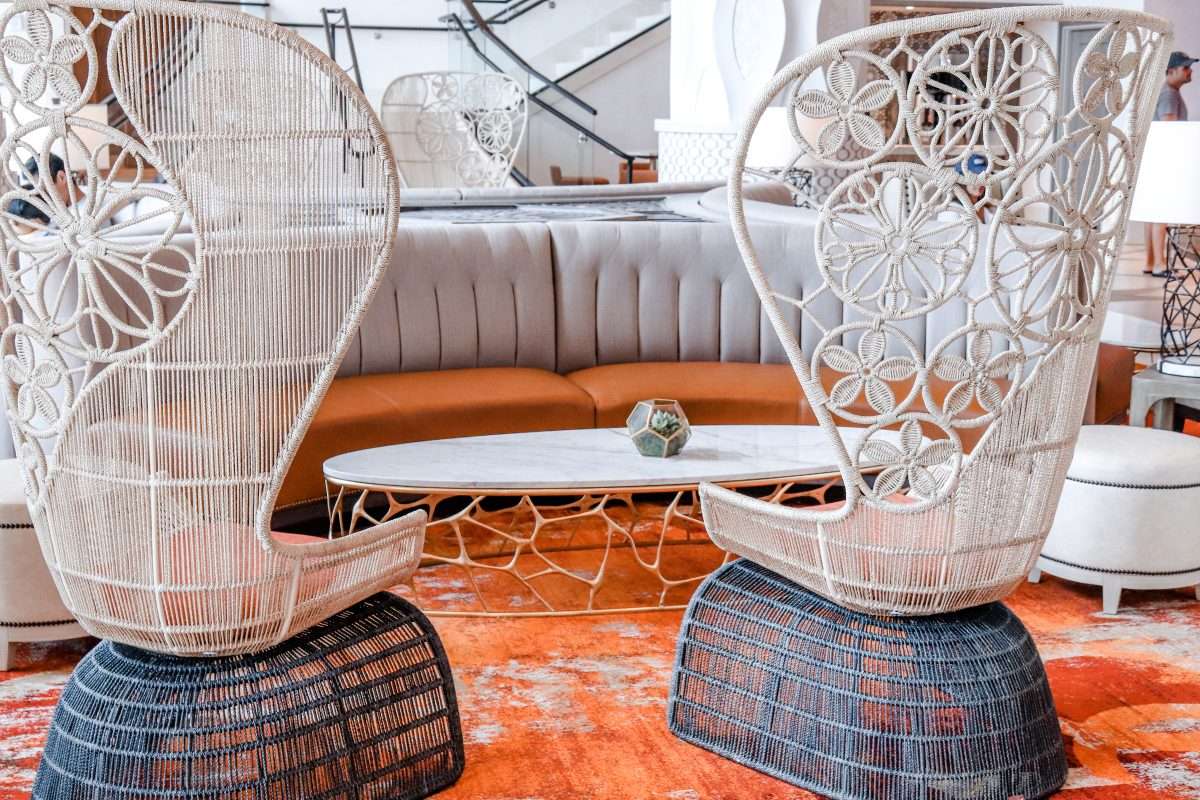 Even if you’re not staying at Gran Destino Tower, the lobby here is actually now the check in area for Coronado Springs, so if you are staying in any of the rooms in Coronado Springs, you’ll get to see the beauty of this place upon arrival. 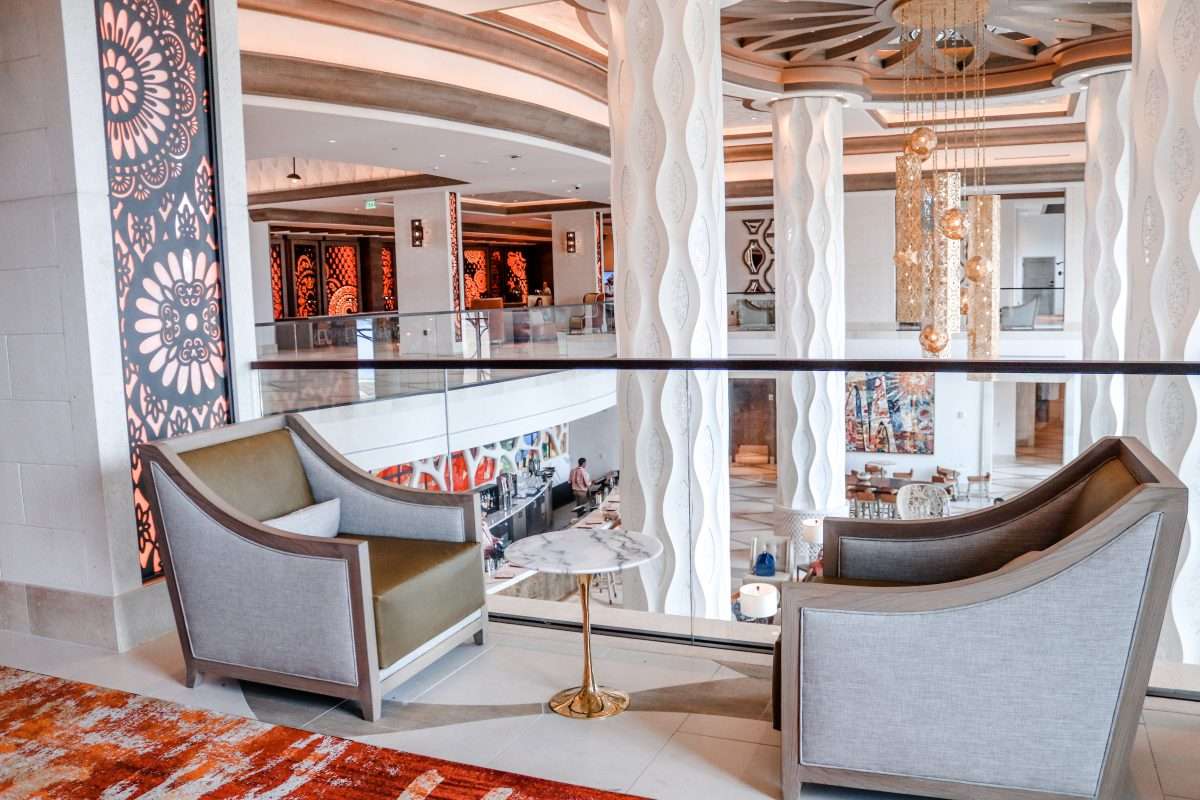 The Rooms at Gran Destino Tower 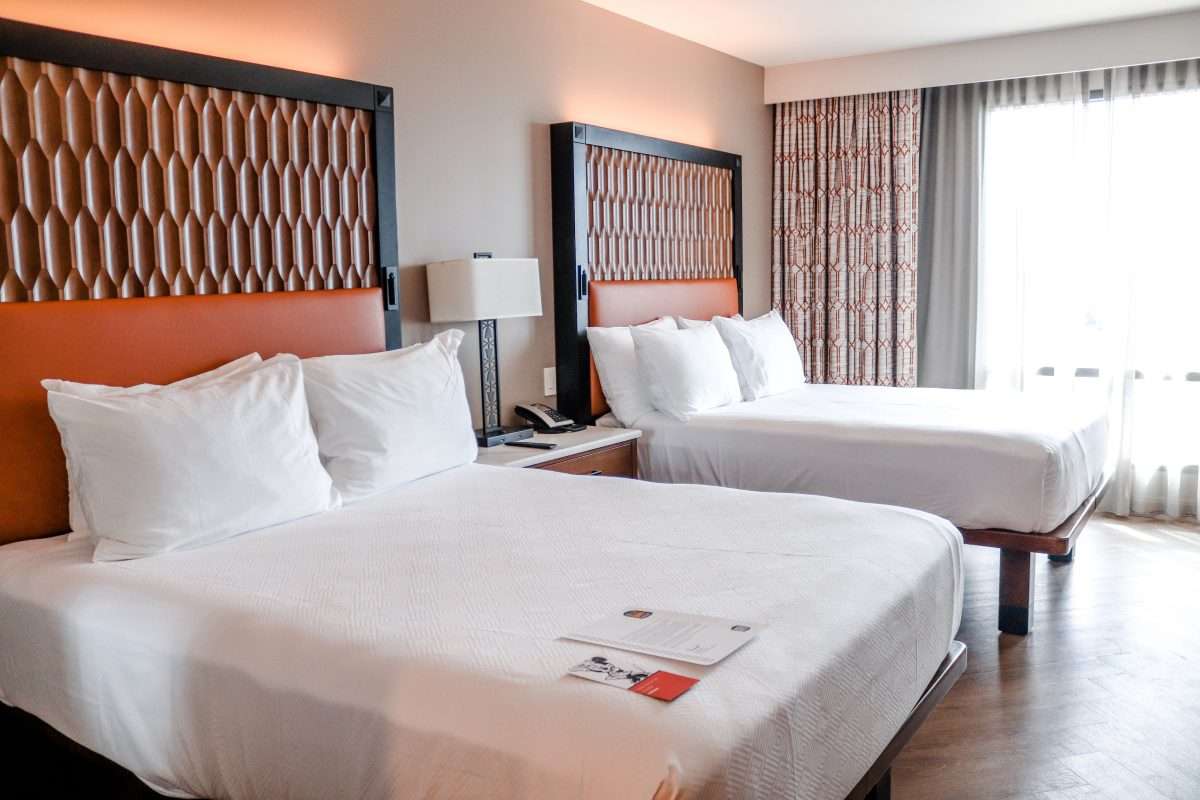 The rooms at Gran Destino Tower are pretty standard with the new renovations that are being done throughout the resorts at Walt Disney World. The rooms themselves didn’t really “wow” us, but they are clean and modern and kind of on trend with what the rest of the hotel world is doing right now.  While the room itself was fairly basic, Disney knows their details and we were happy to find some fun ones throughout in the décor. 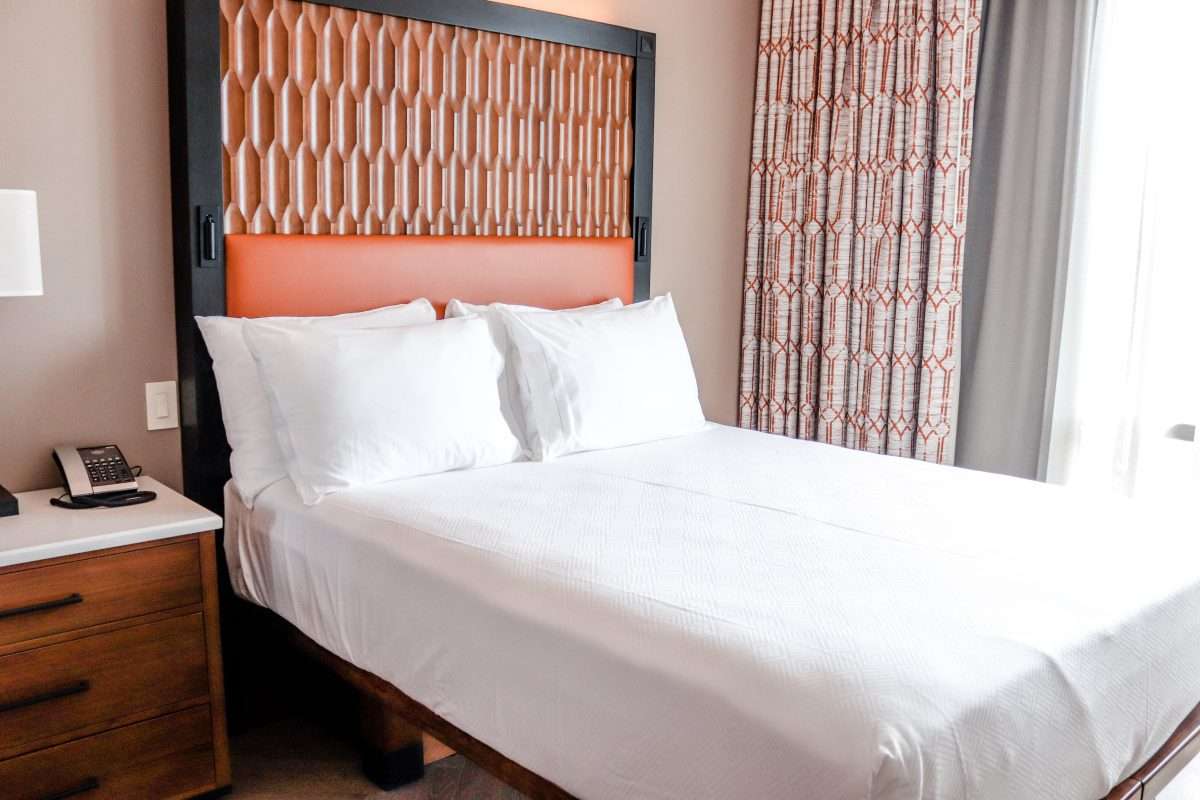 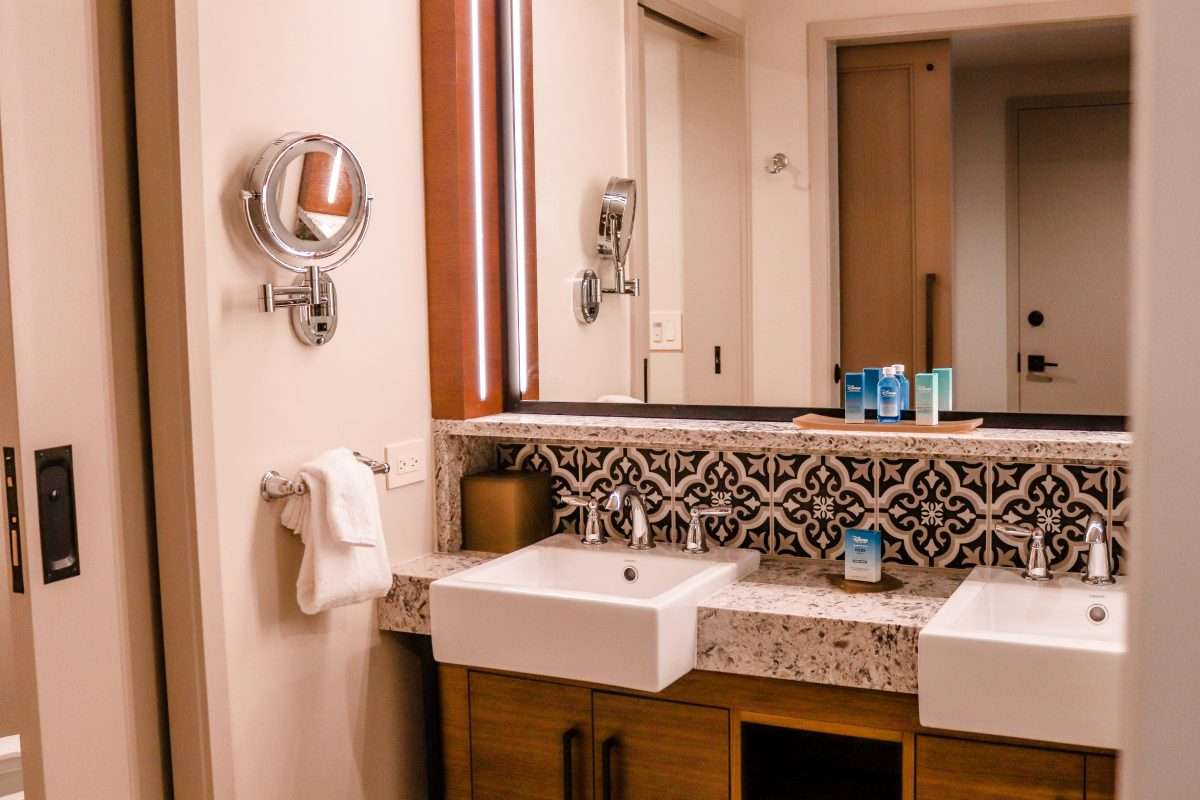 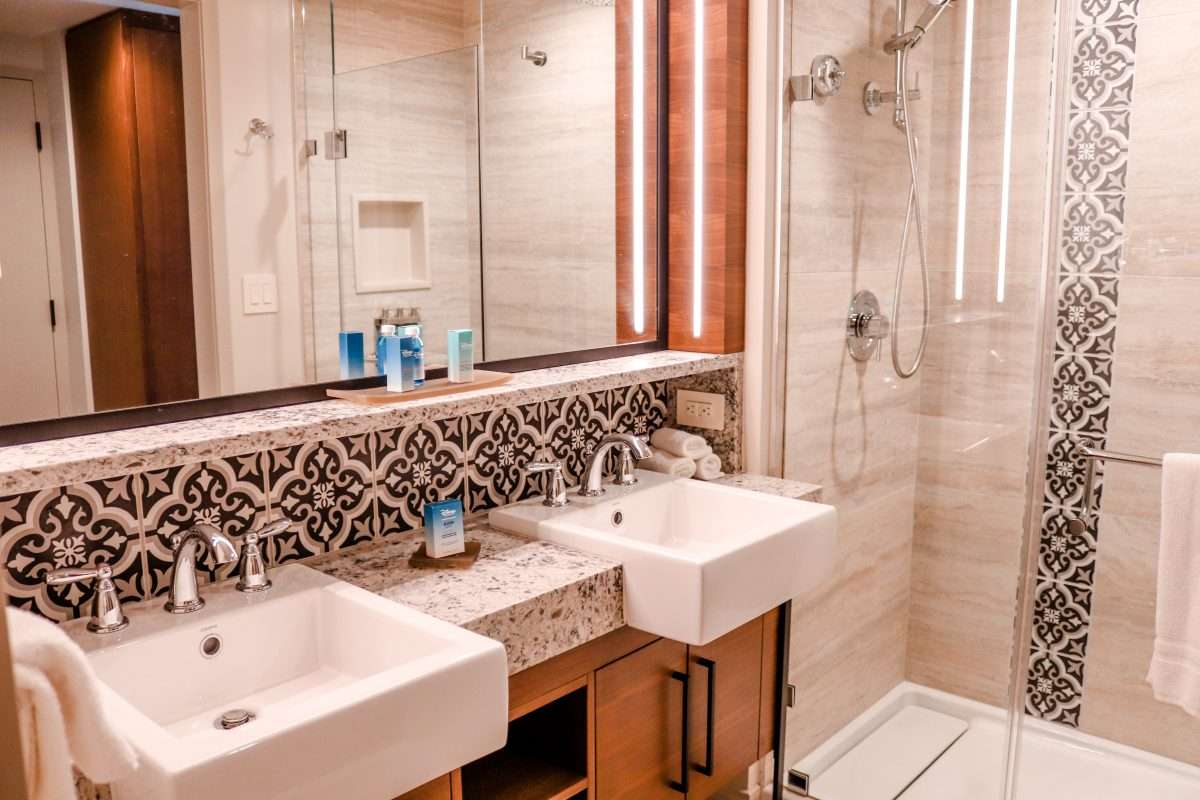 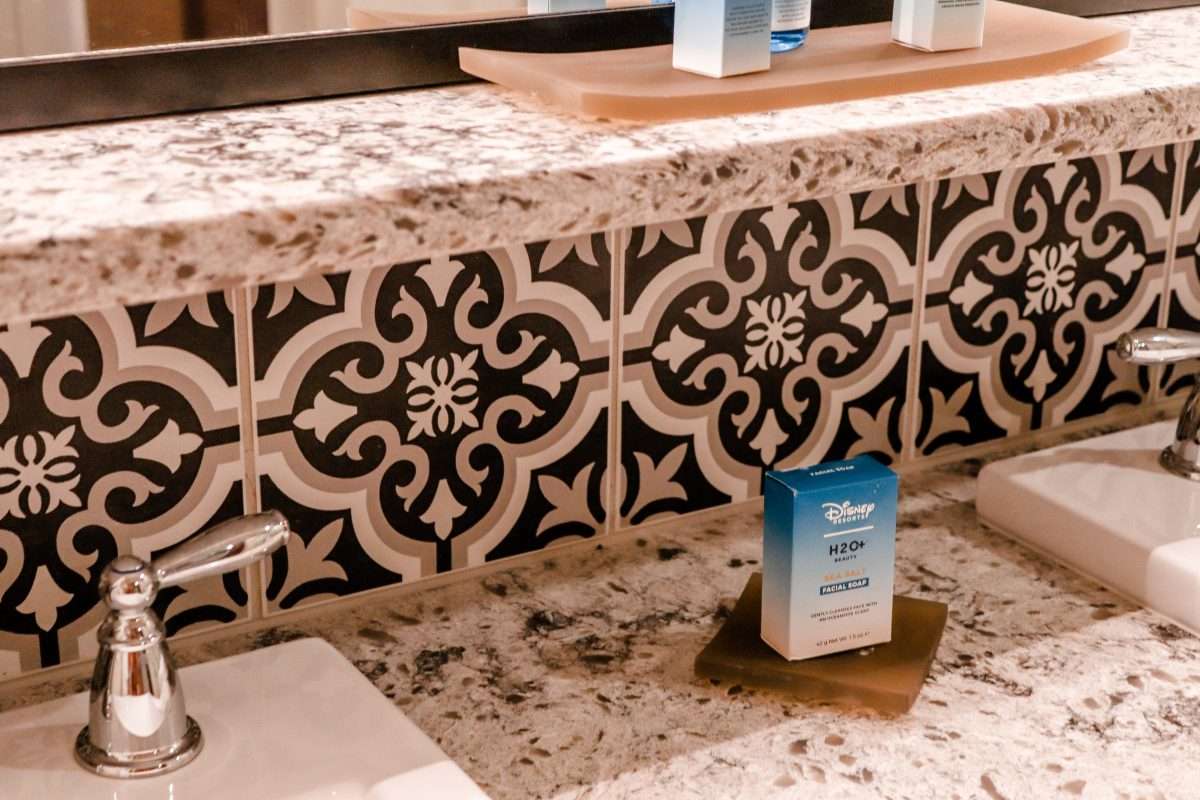 What we did love, however, was the view. We were put in a water view room and it was lovely to be able to look out every morning at the water and see the span of the resort. If you can snag a water view room, we highly recommend it! We also really enjoyed the layout of Gran Destino in that it is set up more like a deluxe resort than a moderate. And by that, we basically mean that the doors are on the inside of the building, rather than facing outside like a typical moderate room. It definitely gives the resort a more quiet and luxurious feel. 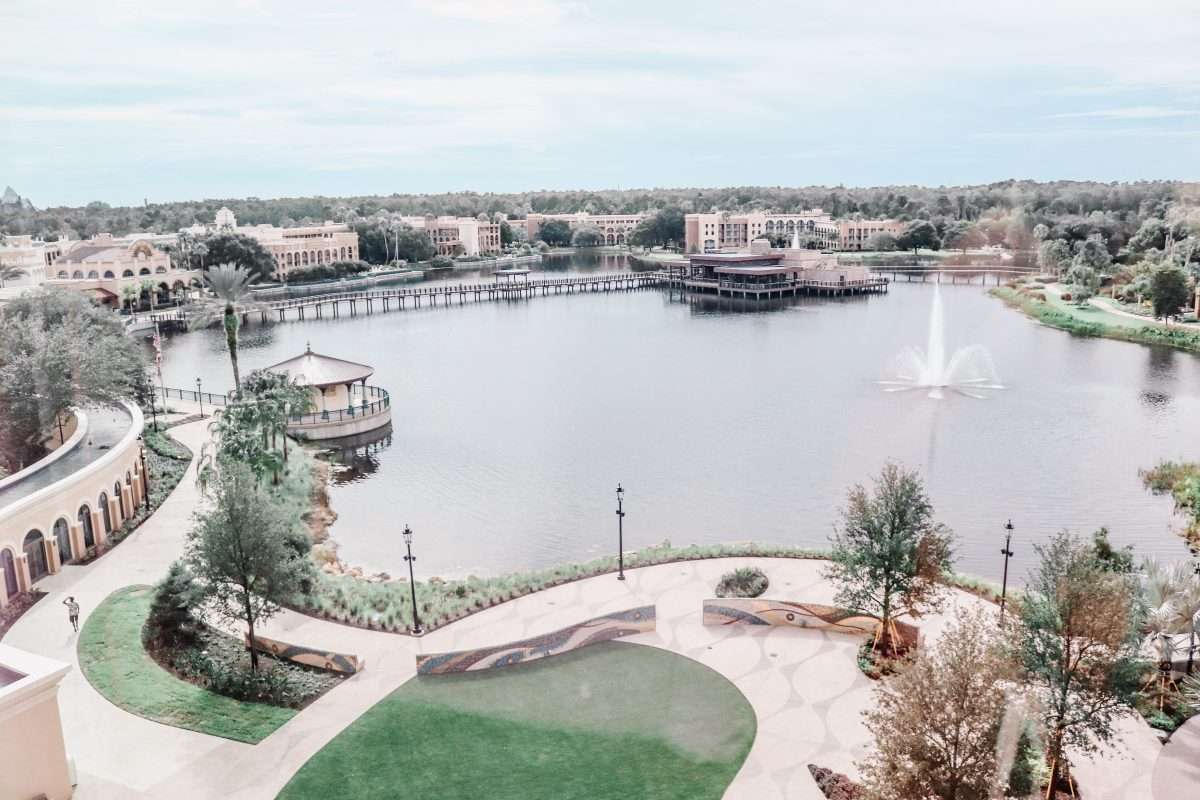 The room is complete with built in toiletries(save room in your suitcase!), a Keurig and the same long desk space we love in the regular Coronado rooms, perfect for getting work done if there for a convention, or just need space to display your ears. Hey, who are we to judge? 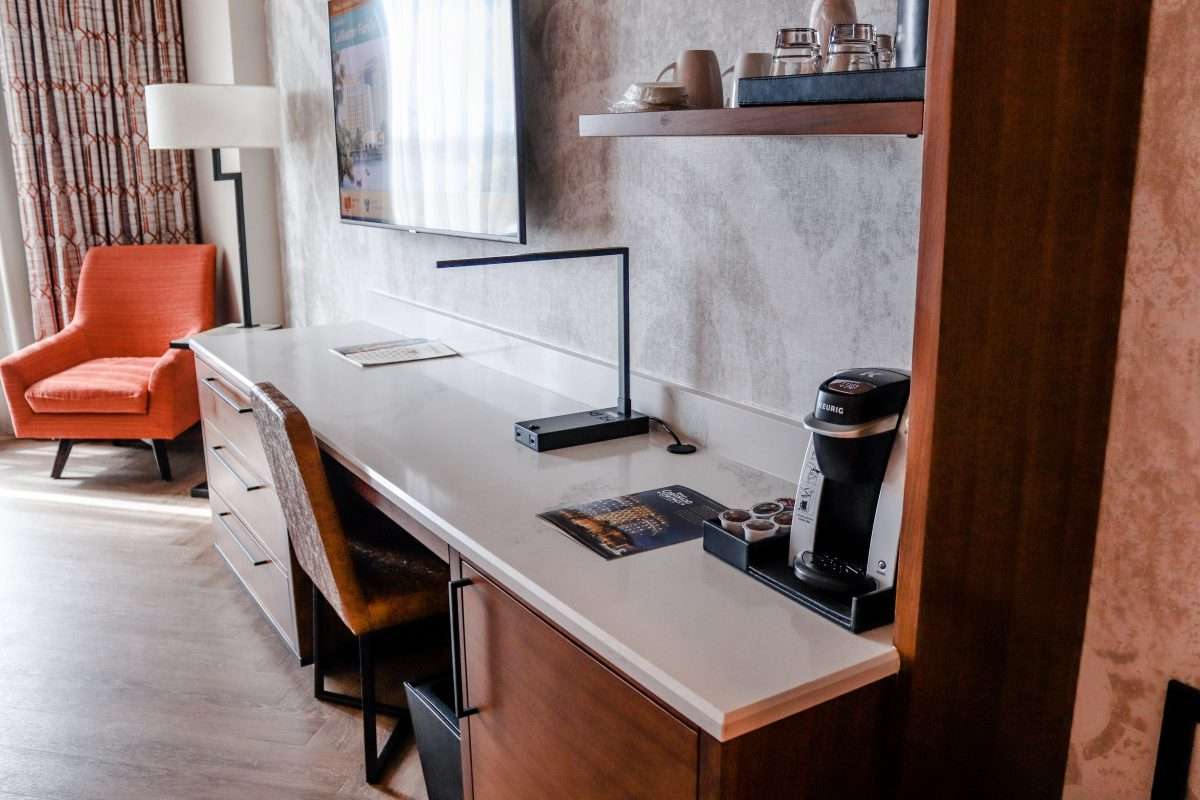 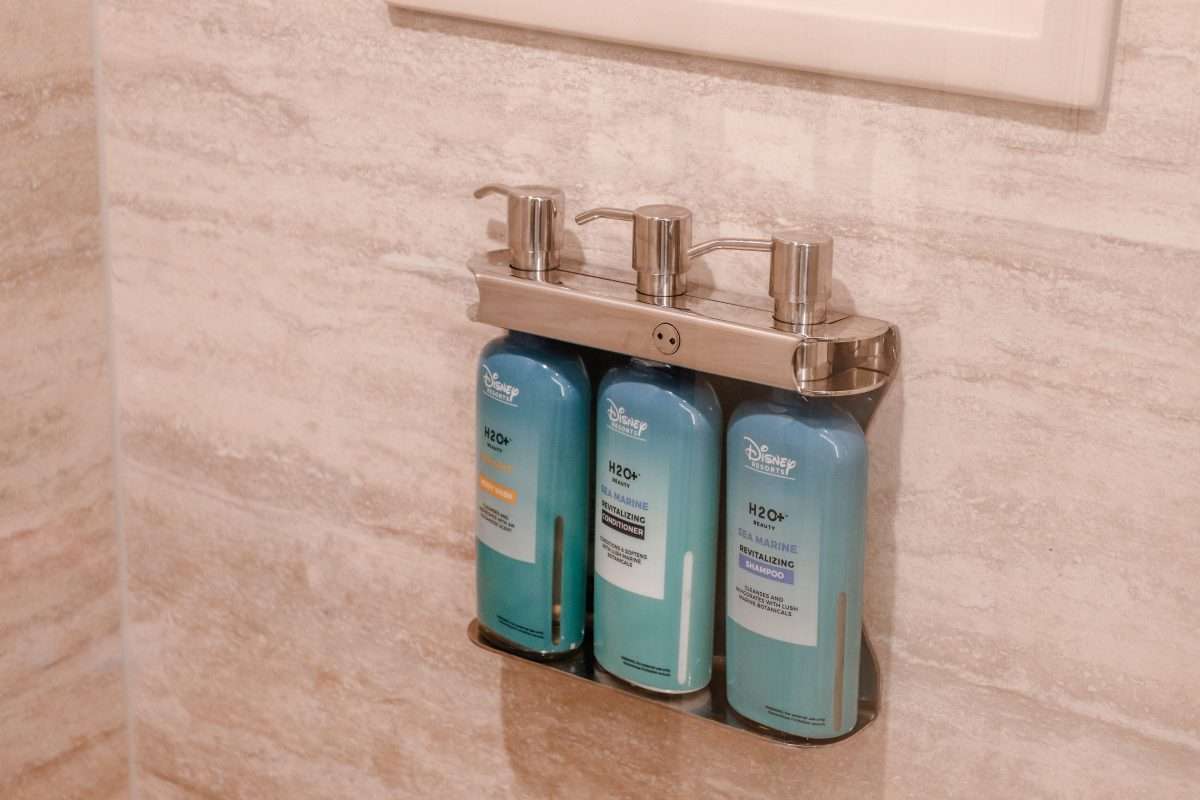 The Restaurants at Gran Destino Tower

Gran Destino Tower has really tried to become a destination all in itself. Remember when we mentioned Barcelona Lounge earlier? Well not only do they have their own lounge on the lowest level of the tower, which we’ve reviewed here, but they also have a pretty fantastic tapas restaurant as well as another lounge on the top floor, Dahlia Lounge. 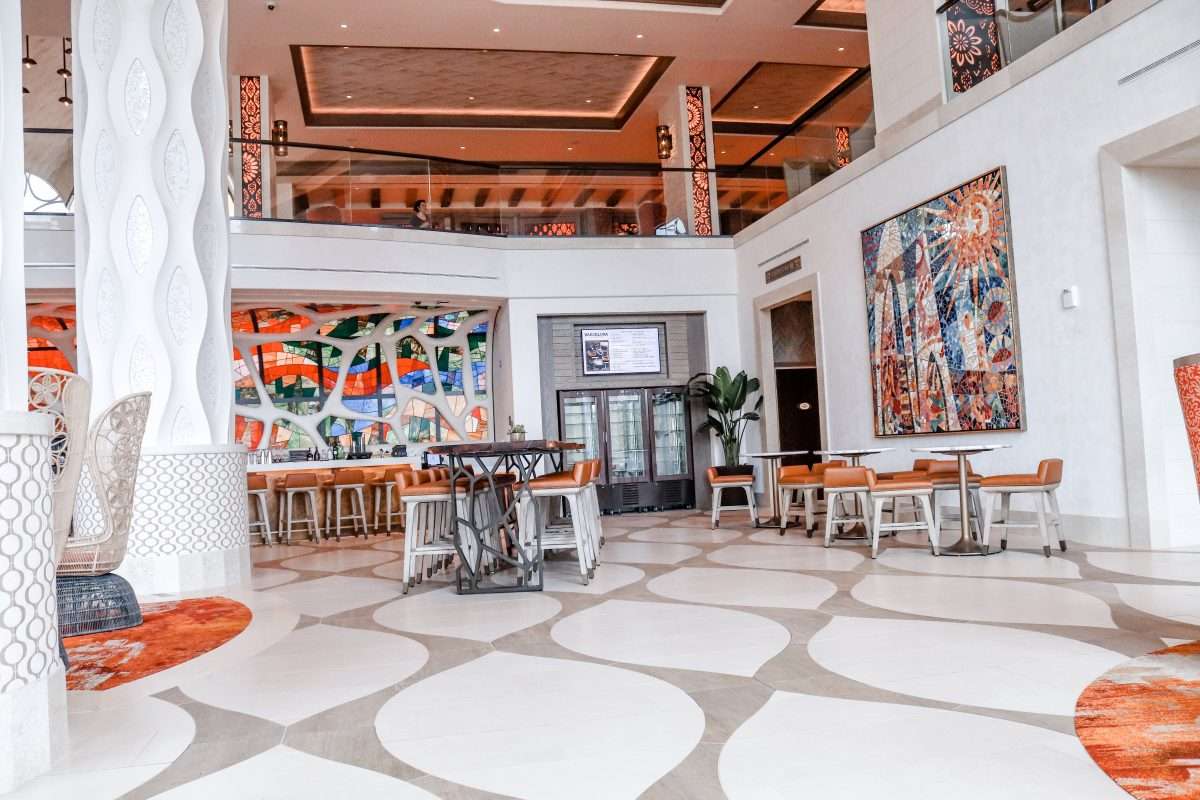 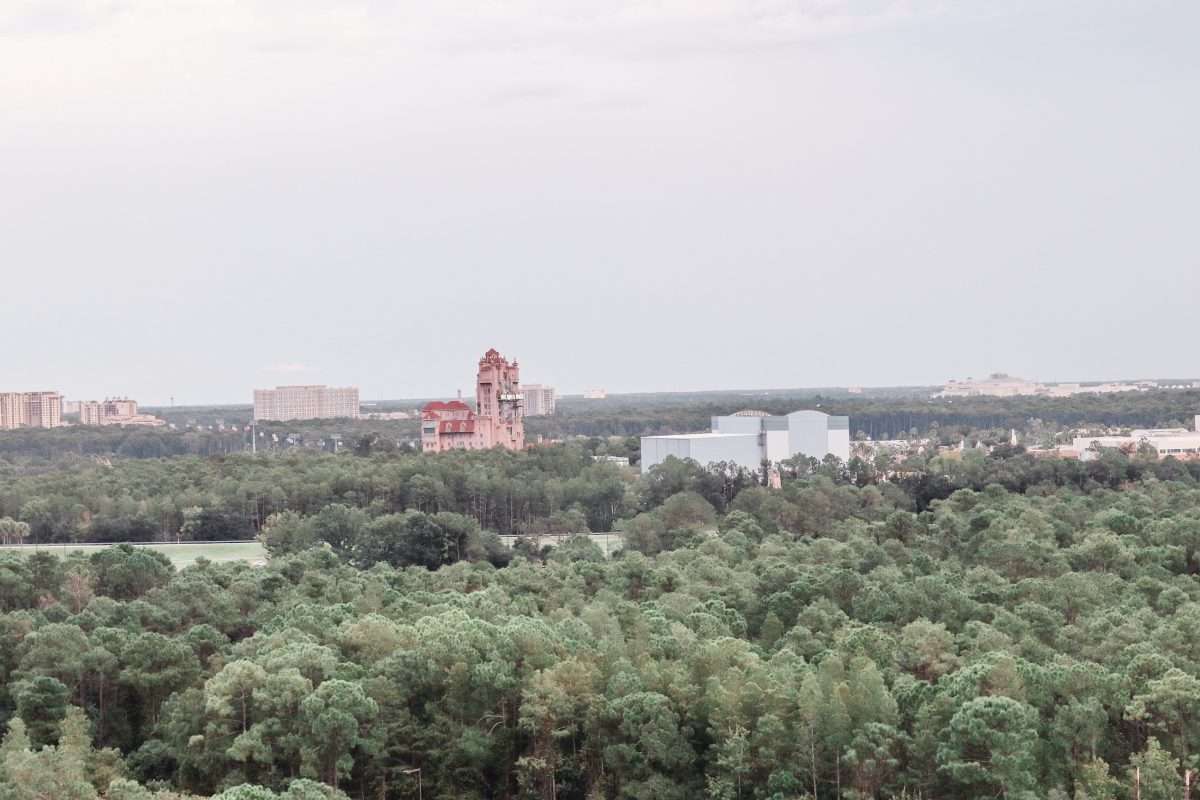 The atmosphere of both is great, and they even share a few of the same menu items. If you’re lucky enough to be on the top floor of either of these restaurants during fireworks at Hollywood Studios, you’ll be treated to a wonderful show! 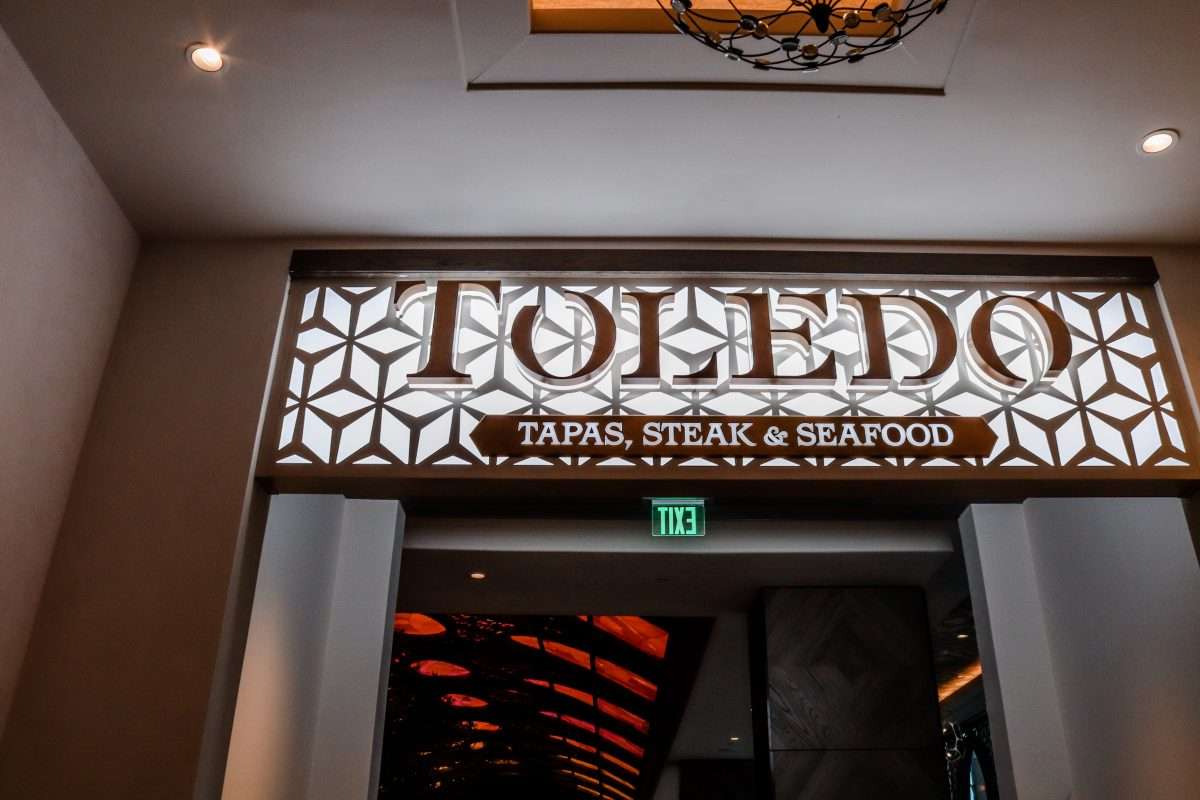 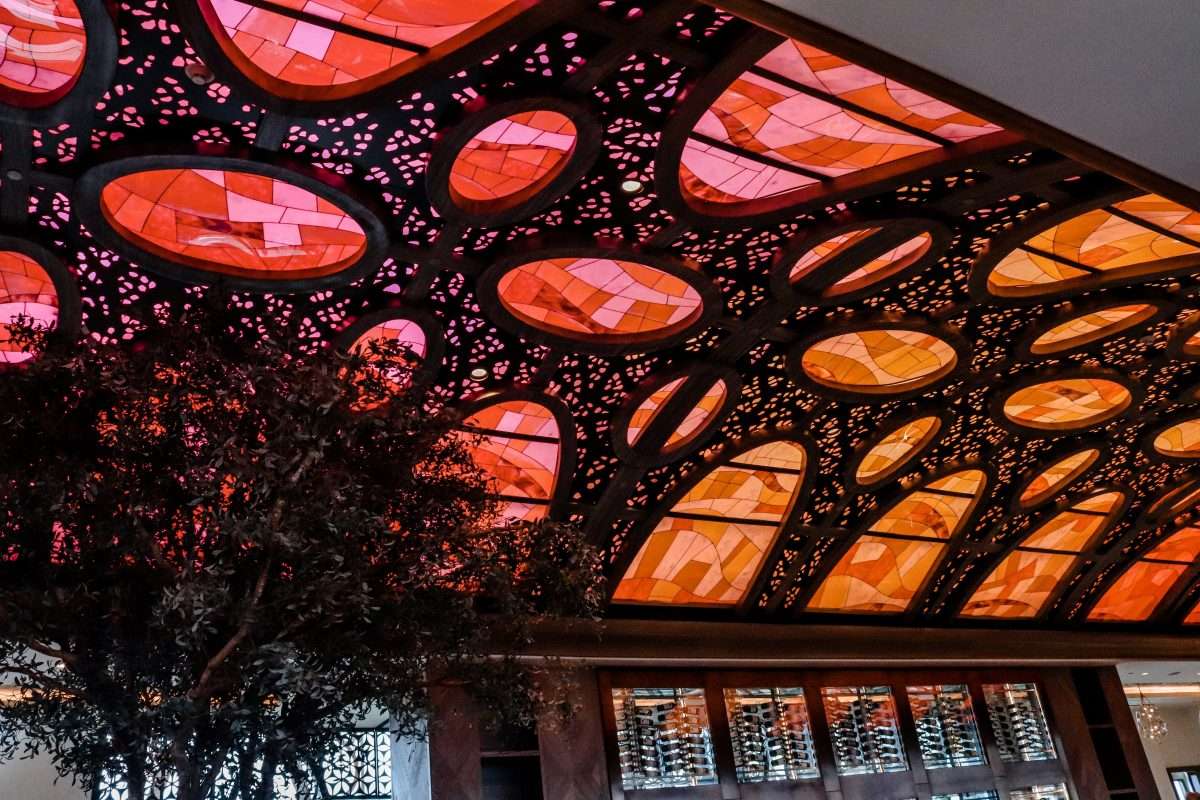 The Transportation at Gran Destino Tower

Gran Destino Tower shares the same transportation as Coronado Springs. At this time, they only have bussing as their available mode of transport. As a guest at Gran Destino, you’ll still have access to Minnie Vans, but as far as free transportation is concerned, busses will be your go to here. 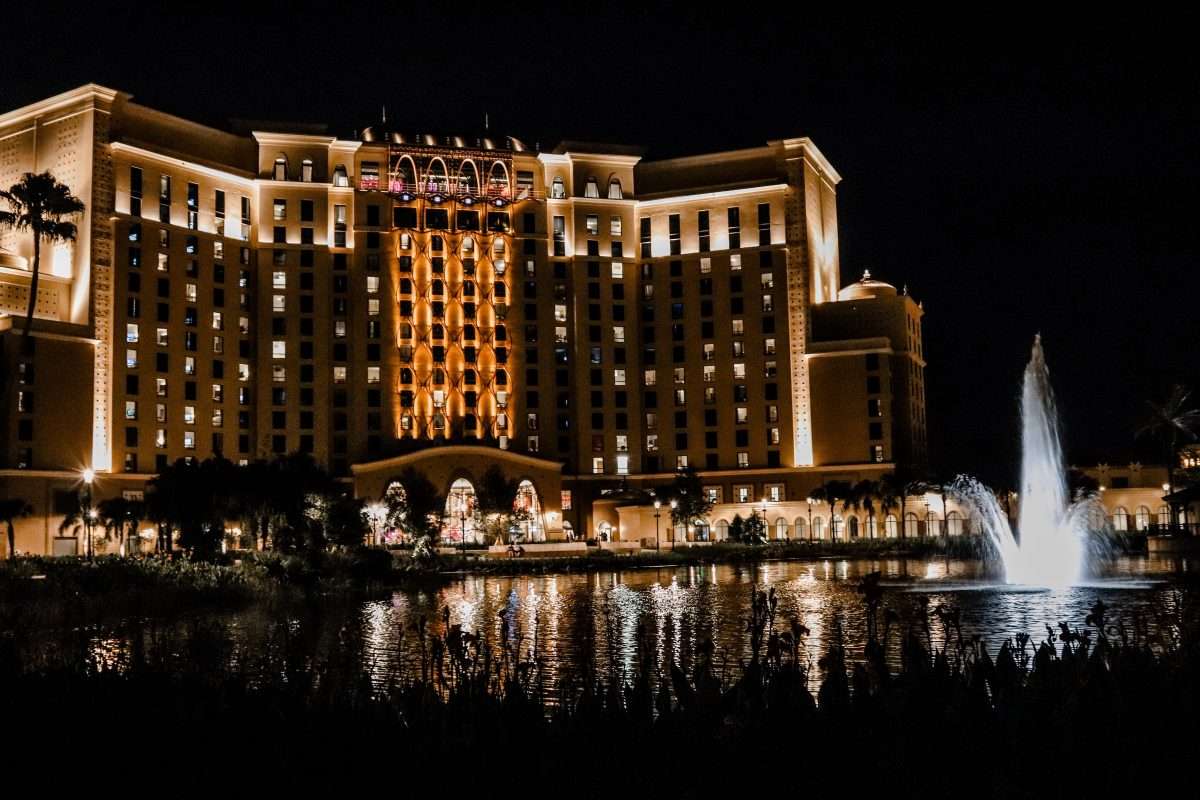 This is a little bit more difficult to answer, because it will really depend on your family. The overall feel of Gran Destino Tower is a bit more grown up, and overall we noticed fewer children here in general.

That being said, Coronado Springs has always been known for their more grown up demographic, since they tend to be the most business-y resort due to their convention center.

There are Disney touches throughout the resort, but they are pretty subtle and the tower itself is beautiful, but doesn’t really scream Disney.  If your family is ok with that, then we say go for it! If you prefer the more “Disney” atmosphere, then this may be a little out of your comfort zone. 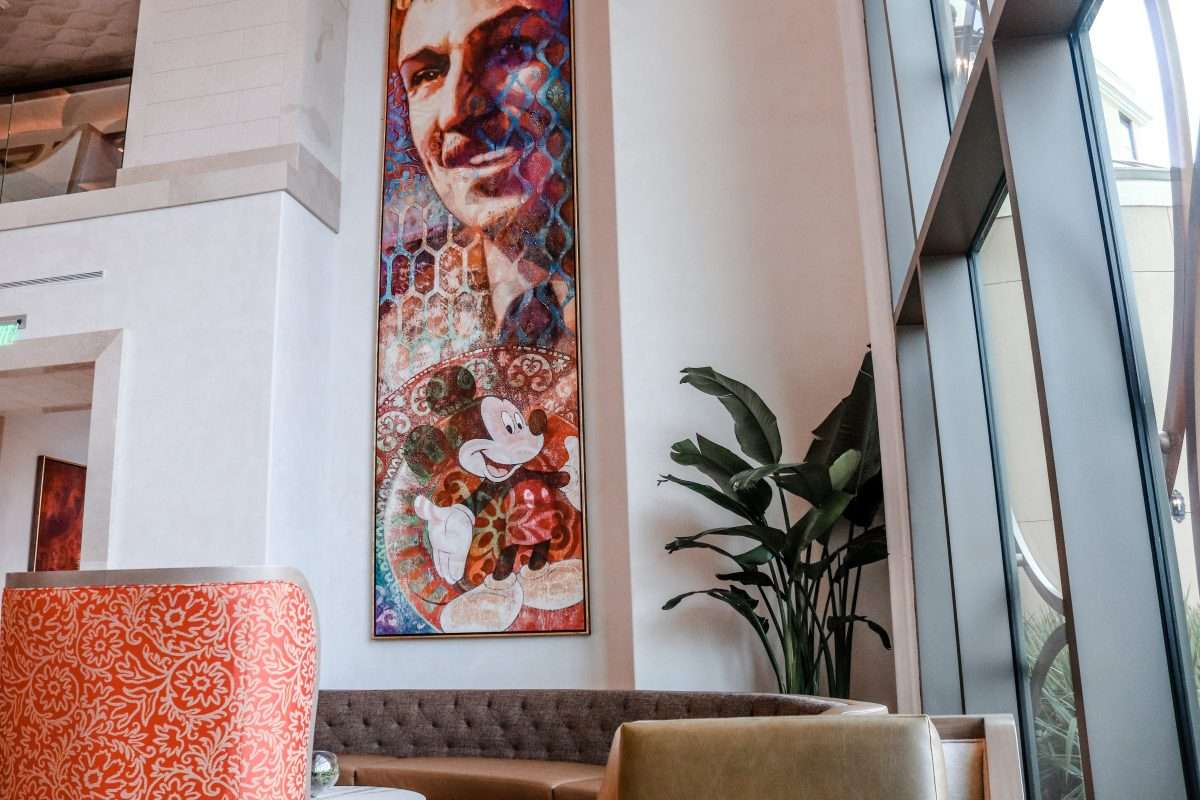 Is Gran Destino Tower worth the price? 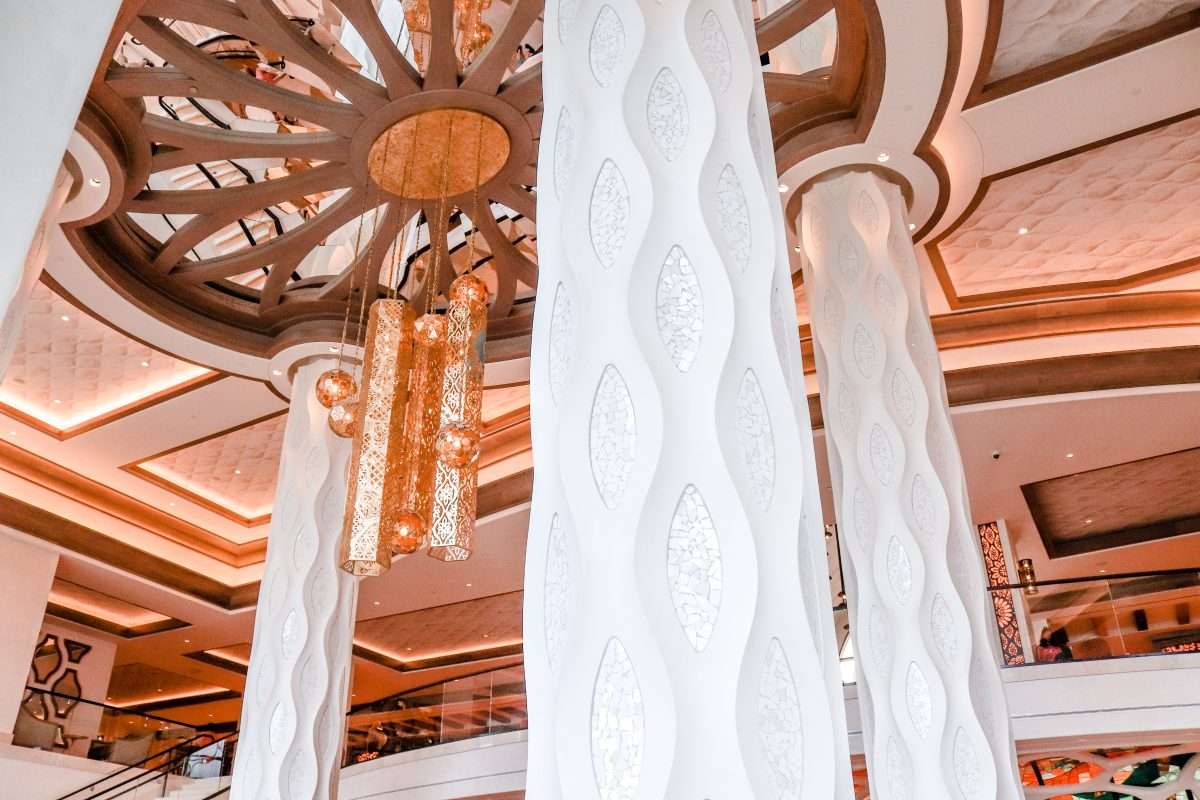 As of right now, we think it’s a steal! You can usually find Gran Destino Tower prices pretty in line in with most moderate resort prices and have snagged an even better deal through hotels.com. We completely think this resort is worth its moderate resort price and hope that it stays at this price point. Remember though, pricing is always based on availability, so if the resort becomes more popular, or if you’re booking during a busier time, you can expect prices to be higher.

Overall, we loved Gran Destino Tower. We are still unsure if we feel it “fits” with the theme of the rest of Coronado Springs, but we would gladly go back and stay again!